We’ve come to a point in our ever growing society where it has become hard to distinguish between your regular trash and a modern art piece. With diverse tastes and millionaires who just want to get their hands on the most trendy and bizarre stuff to use as ornaments and decoration in their houses, it’s not difficult to imagine that some of the most pointless and oddest works of ‘art’ have been sold for millions of dollars. Even though we are used to the strange socioeconomic nature of the world we live in today, the truth is, we’re can’t help but become speechless when we dive deeper into the world of modern art. Without further adieu, here are 10 of the most incredibly odd pieces of art that sold for millions of dollars. 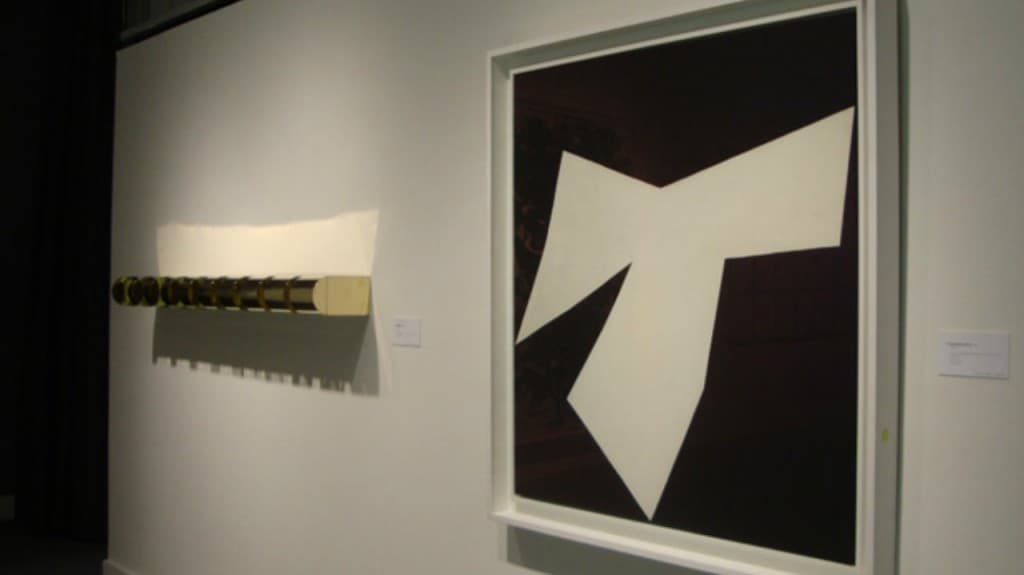 We are not sure how the painting above, titled ‘Cowboy’ actually resembles a cowboy and why it is considered to be art, but the truth is that it sold for $1.7 Million. 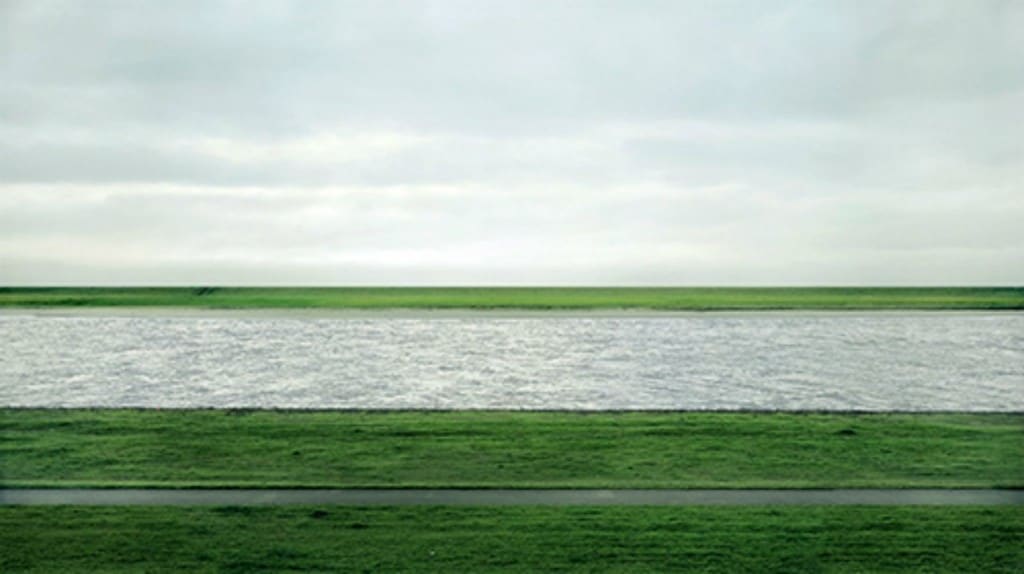 Did you think that this was a photo taken from someone by accident, while travelling? Think again. This is in fact the world’s most expensive photograph, called Rhein II, and it sold for $4.3 million. 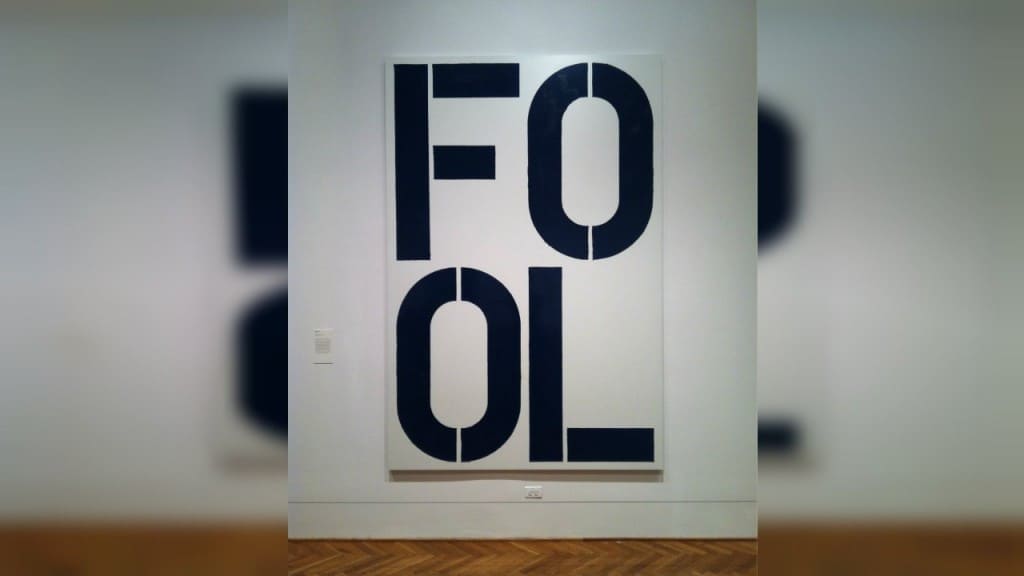 We are not sure who the fool here is, but this abstract piece of modern art called ‘Blue Fool’ by Christopher Wool sold for the staggering $5 million. 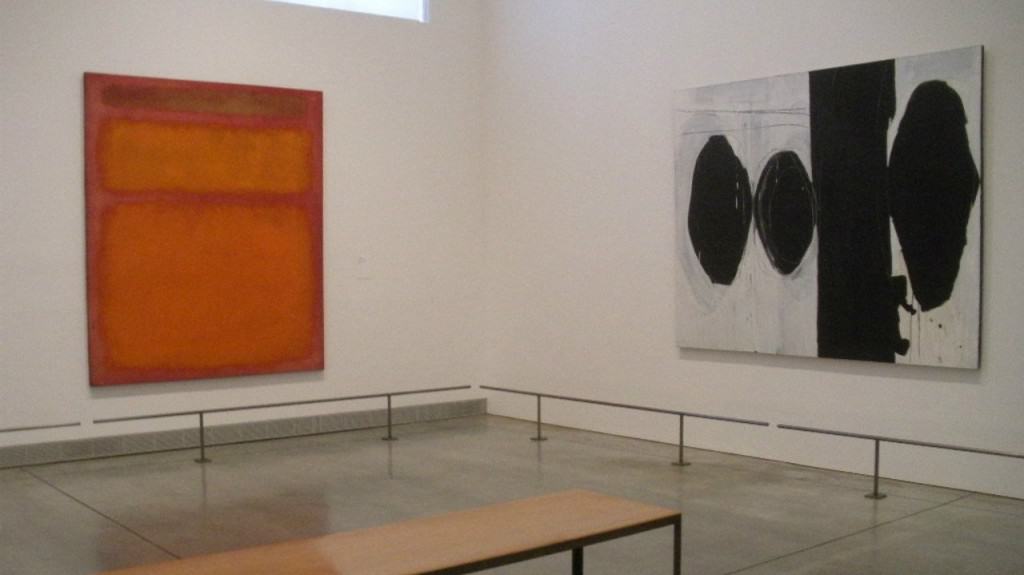 There is nothing more artistic than painting a few rectangles, that have little to no meaning. While you may think this is the work of a first grader, the image was actually painted by Mark Rothko and it sold for over $28 million. And no, we’re not talking about the three black ovals and a rectangle, we’re talking about the three patches of orange paint. 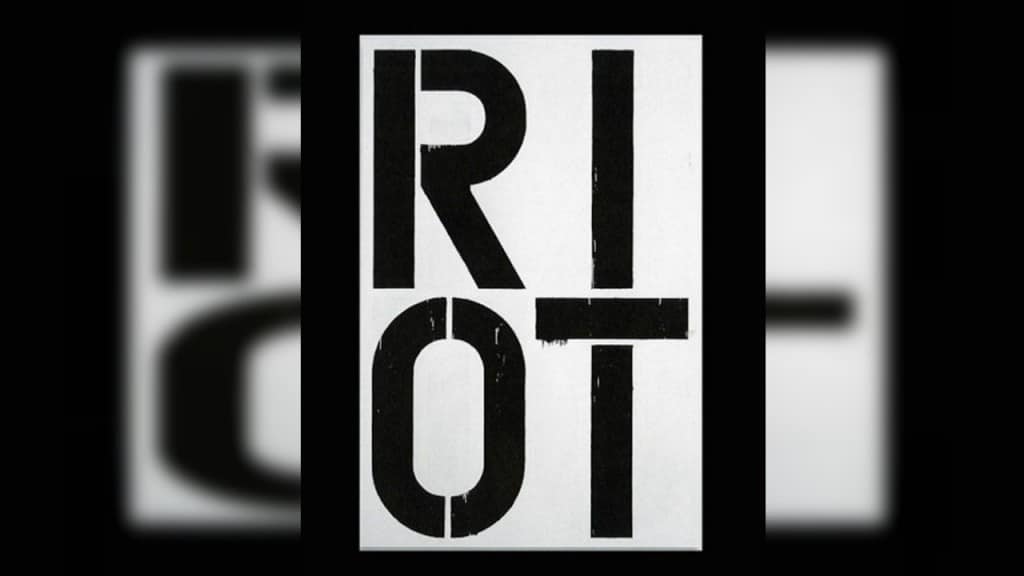 Christopher Wool seems to be a rather influential artist, but don’t be shocked if you haven’t heard of him, as most of his works are as pointless as Riot (1990), which sold for $29.9 Million. 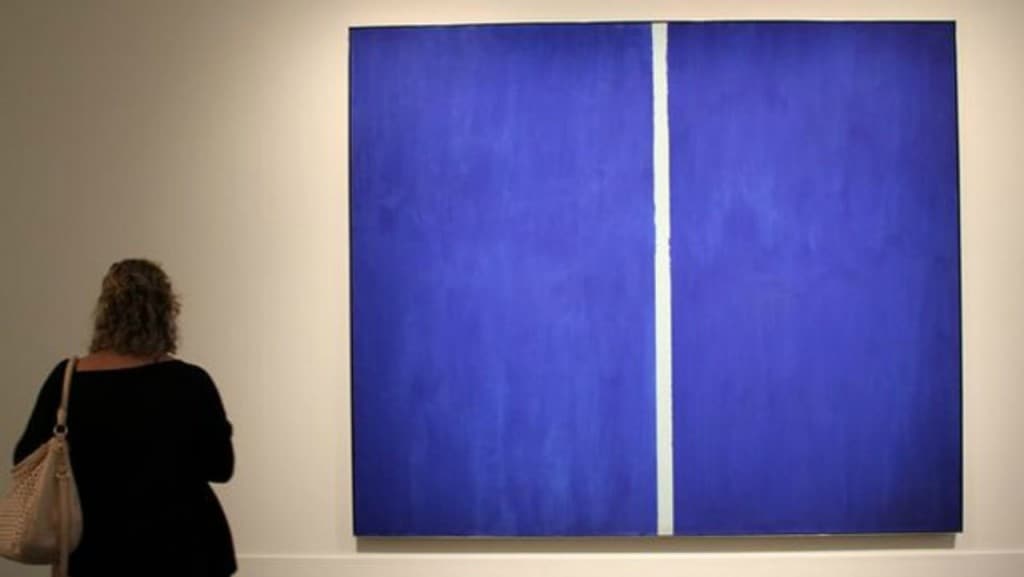 One of the most infamous pieces of modern art, which has become the joke of the century, is the painting called Onement Vi, created by Barnett Newman, which sold for as much as $43.8 million. 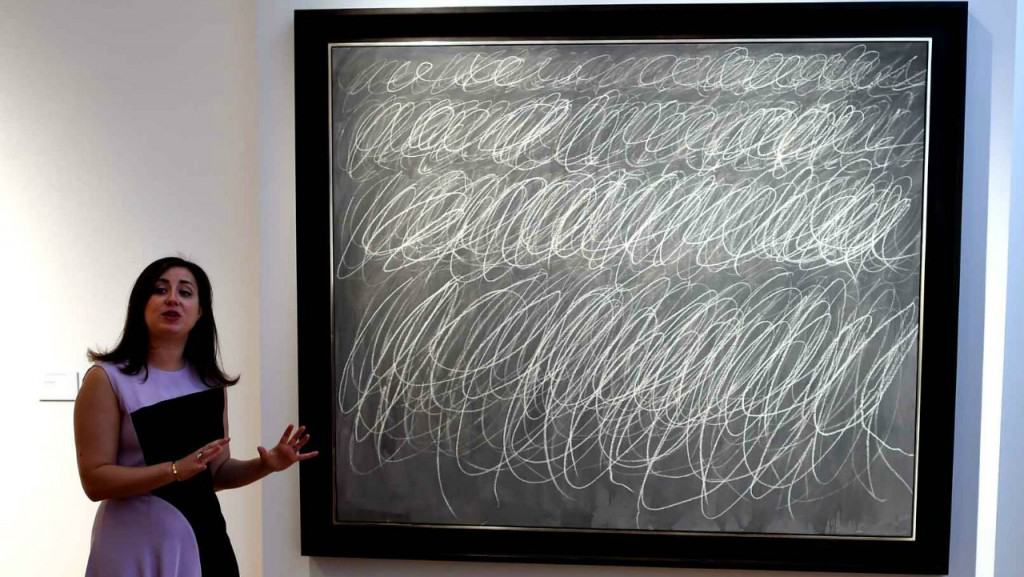 Have you ever drawn these squiggly lines on a piece of paper while talking on the phone? Who knew you were a true artist, much like Cy Twombly, who sold this untiled painting for as much as $69.6 Million. 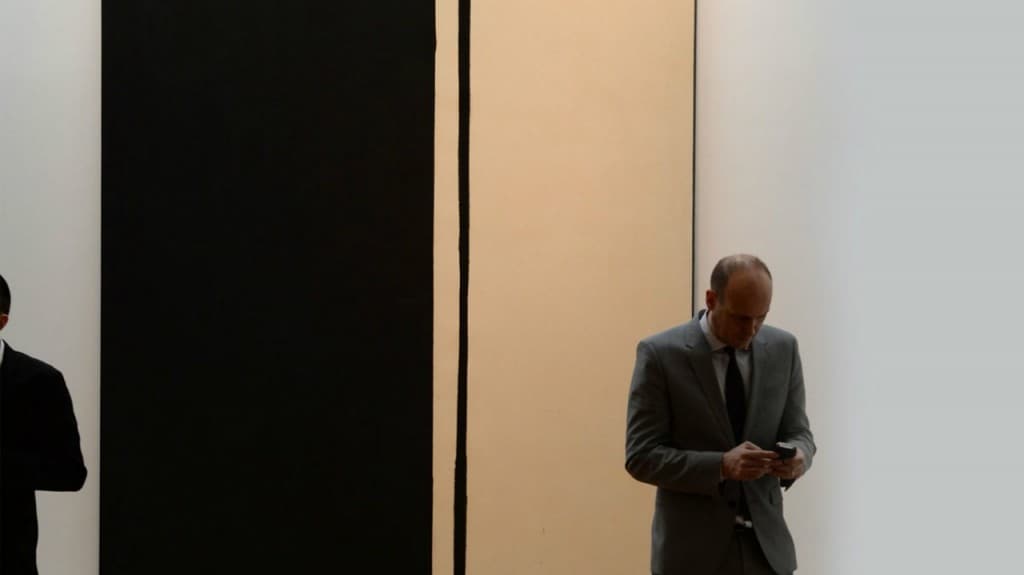 Ah, Barnett Newman! Selling this black and while masterpiece for as much as $84.2 Million, he truly has to be a genius. 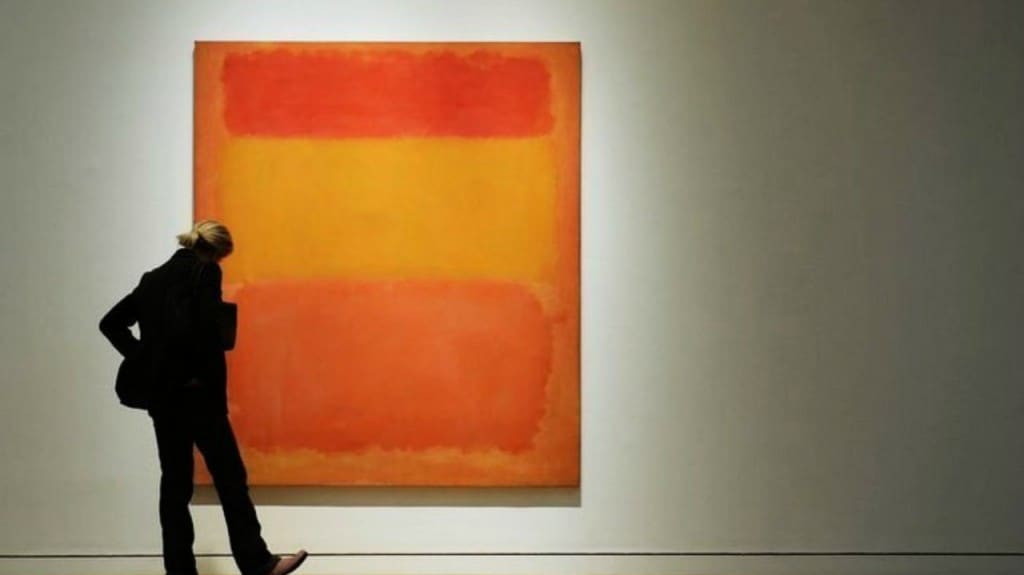 If you didn’t know colors, now you do, as this infamous work of art manages to teach you just that – that there are three colors called Orange, Red, Yellow. It sold for $86.9 Million. 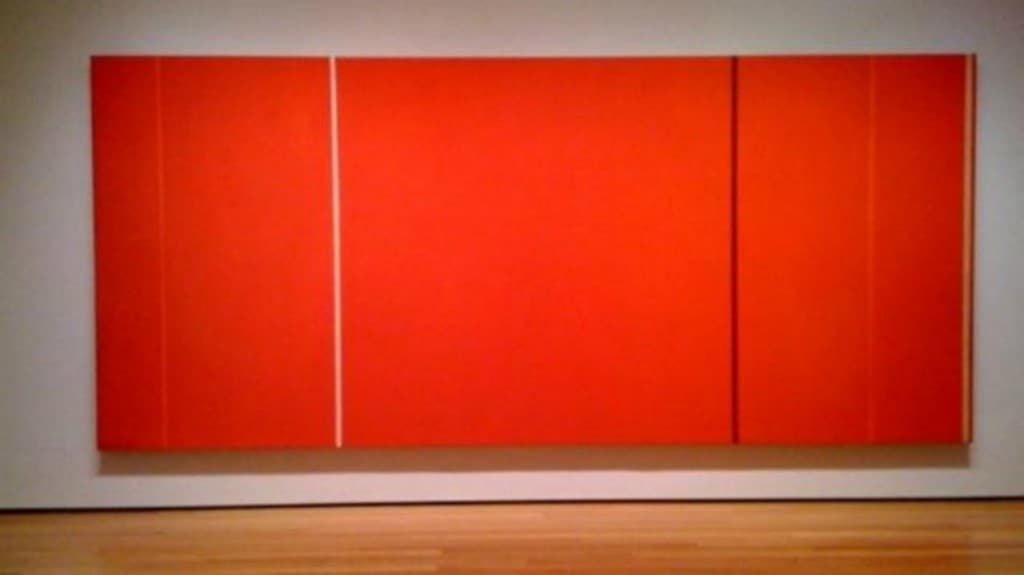 Were you surprised that Barnett Newman is able to sell a few colored lines for millions of dollars? This is one of his most expensive pieces, called Anna’s Light. It sold for as much as $105.7 Million.