While many different people are able to produce great works of art, few have the ability to stun the viewer like ultra-realistic pencil drawings can. Not only do they include amazing levels of detail, they actually appear to not be a sketch at all. In fact, they look much more like a photograph and it can be almost impossible to tell that they have been created entirely by pencil. Take a look at the examples in this article and be amazed by the incredible images the artists have managed to produce. 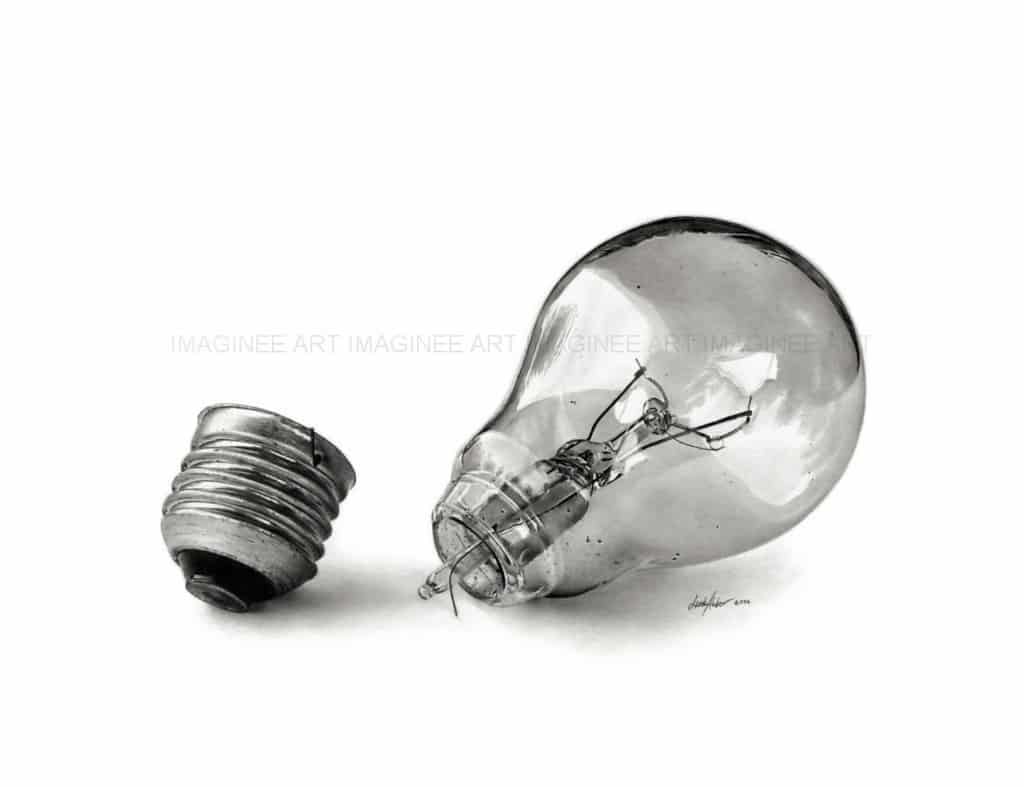 Linda Huber is the artist responsible for this amazing ultra-realistic pencil drawing of a lightbulb, which took between 20 to 30 hours to complete. It’s little wonder considering how much detail has been put into the artwork to make it appear so real. 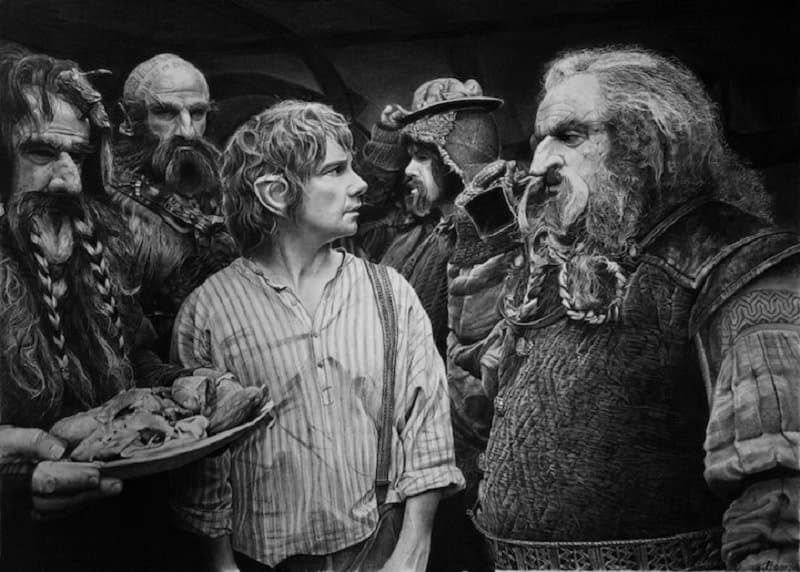 This artist managed to recreate a scene from the very first film in The Hobbit trilogy, capturing Martin Freeman and the dwarves in his home in Bag End. 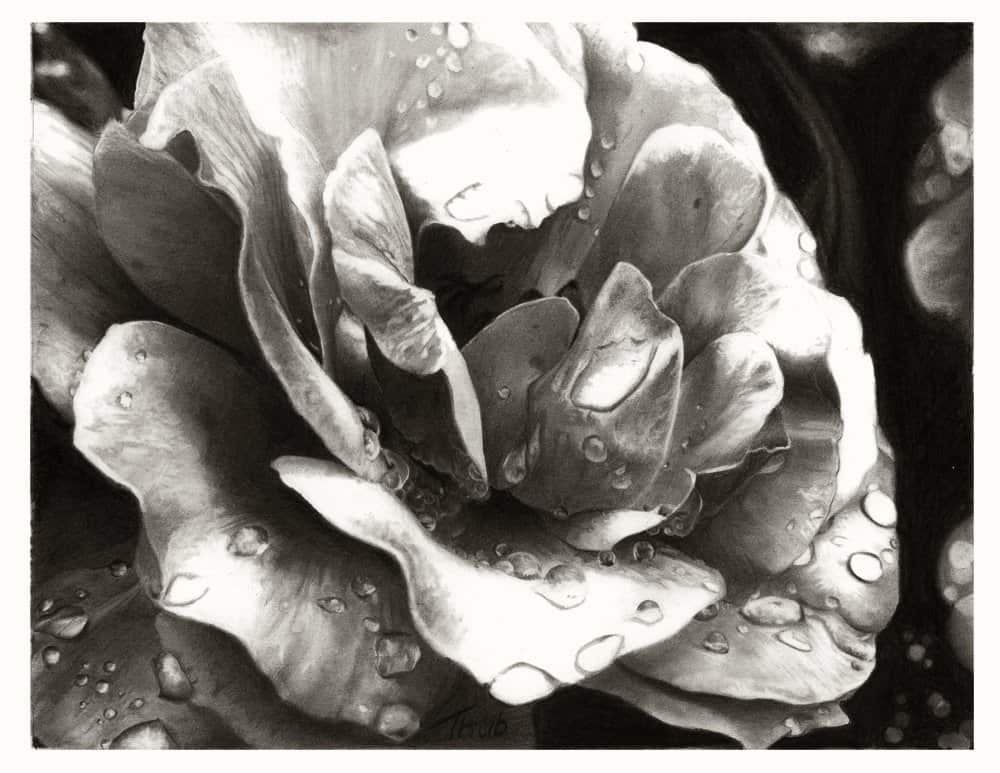 Hungarian artist Mihályi Anita specializes in creating ultra-realistic works of art and has an extensive portfolio filled with all kinds of artwork. This one is a rose in the morning dripping with water.

You Are Not Alone 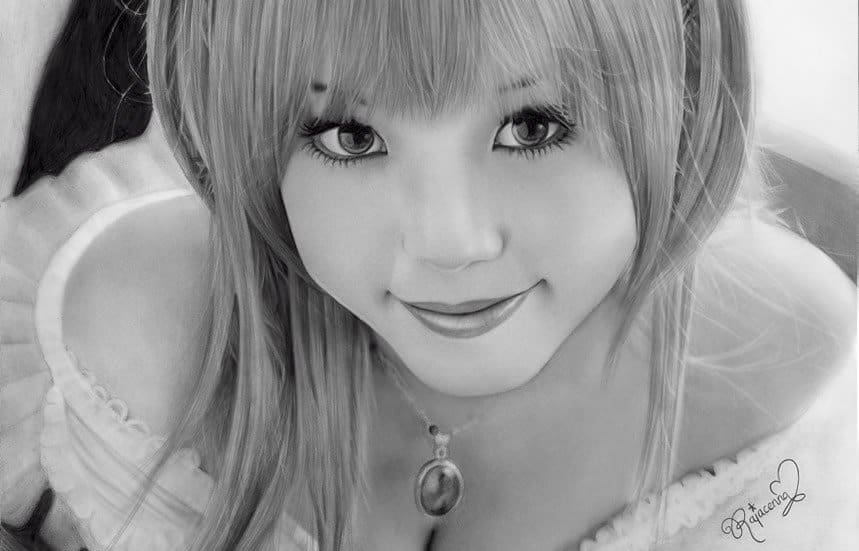 Created by an artist known as Rajacenna, this piece clearly shows off her ability to create stunning works of art that are indistinguishable from photographs. Even more impressive is the fact that they has never had any formal art classes and only started drawing three years ago. 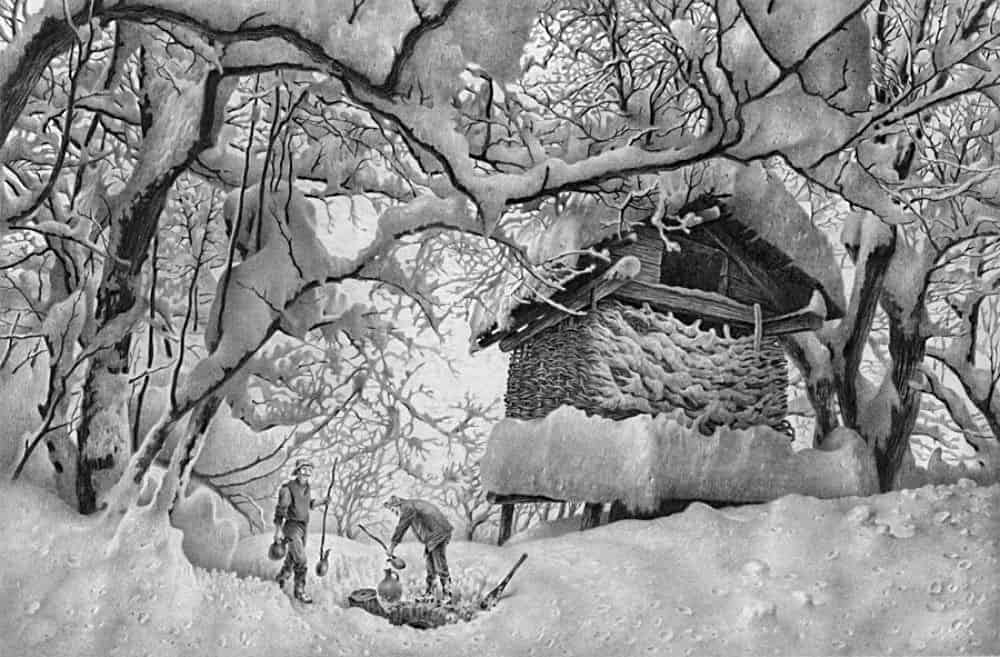 What makes this shot all the more impressive is the wide range of different textures and materials that are shown in the picture, including people, a building, trees and the snow. 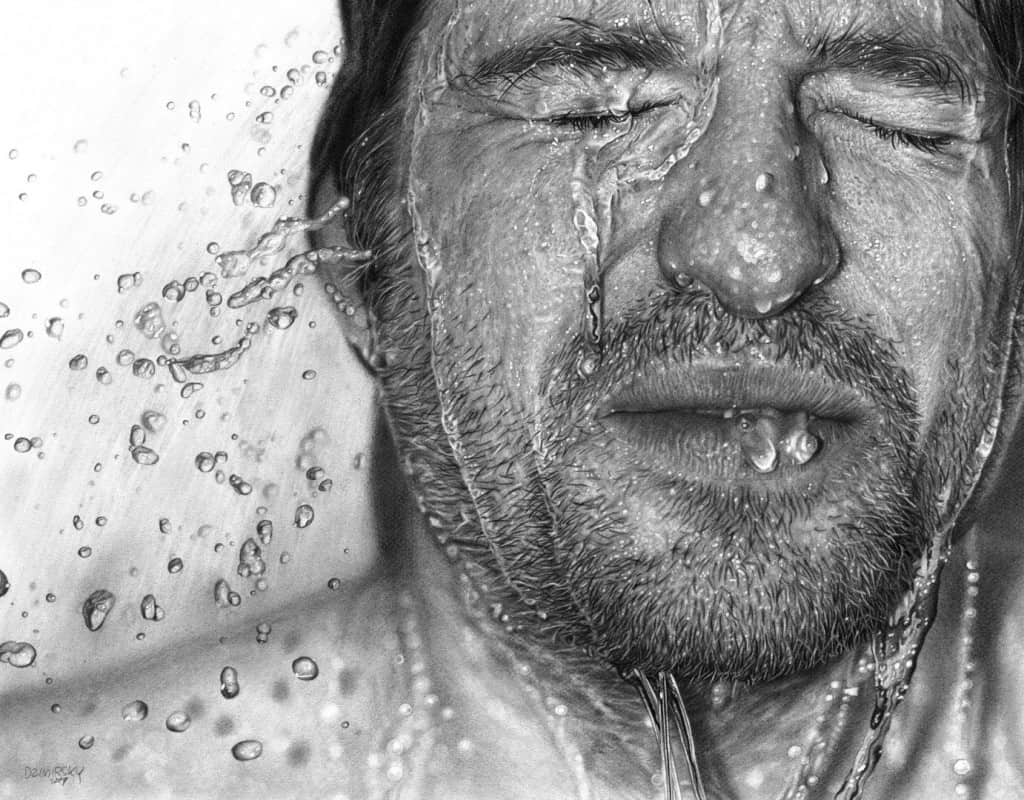 This Ice Bucket Challenge picture was based on a photograph of someone covering themselves in ice cold water. Although you would find it difficult to tell the difference between the two, as the artist has captured the movement of the water perfectly. 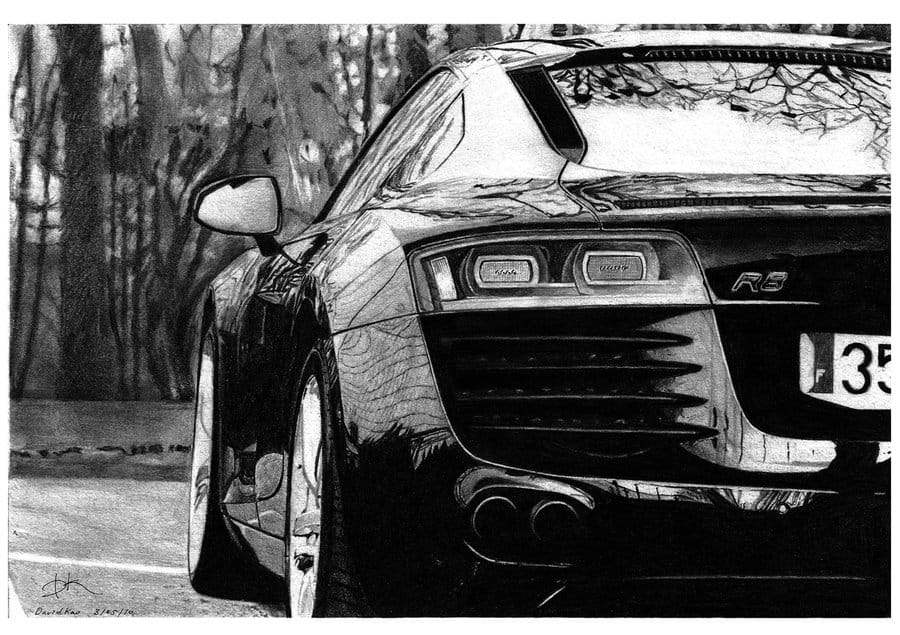 The man behind this picture has been drawing ultra-realistic pictures of motor cars since a very young age and has now perfected his skill to such an extent that he is able to produce artwork like the image above. 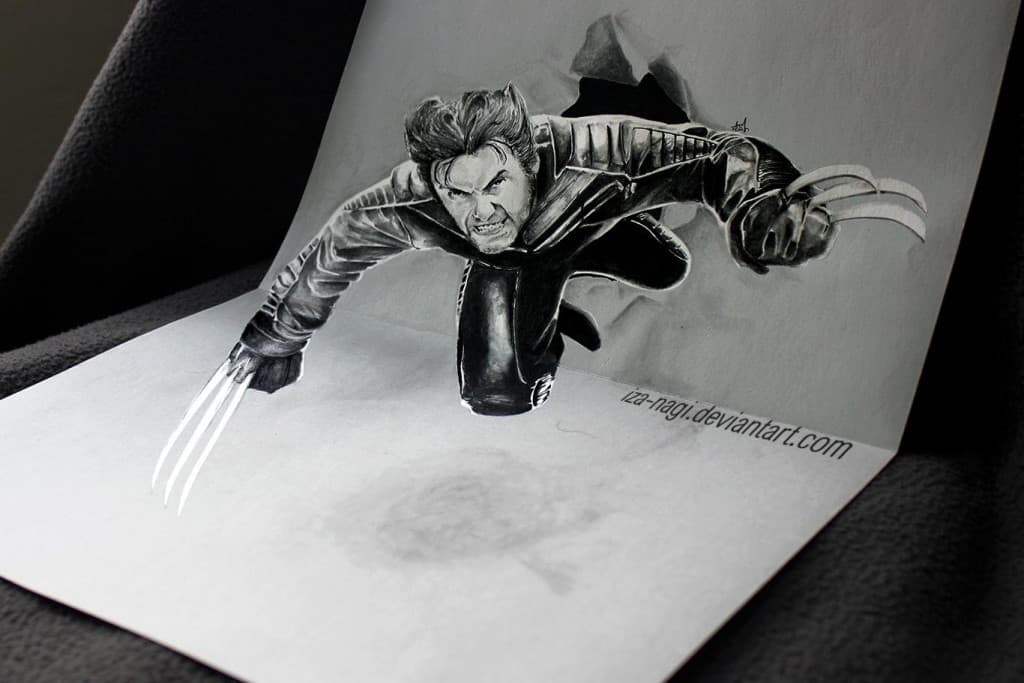 Not only is this a realistic representation of the X-Men superhero Wolverine, but the artist has managed to make it appear that the character is a 3D model jumping out of the paper. 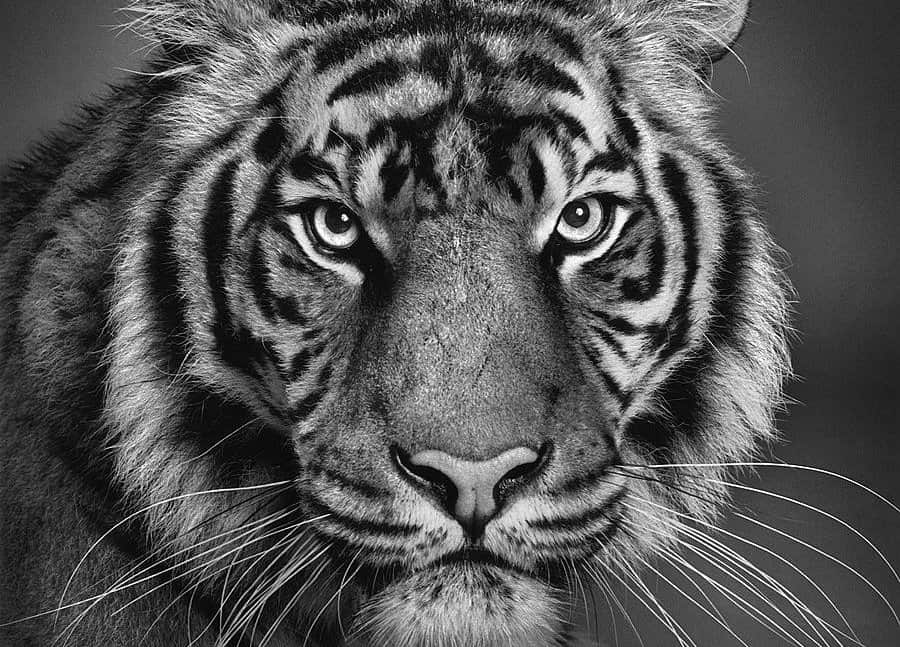 While ultra-realistic pencil drawing of humans are difficult, animals are even more complicated thanks to their unique features such as fur and whiskers. That didn’t stop Paul Lung from creating this perfect representation, though. 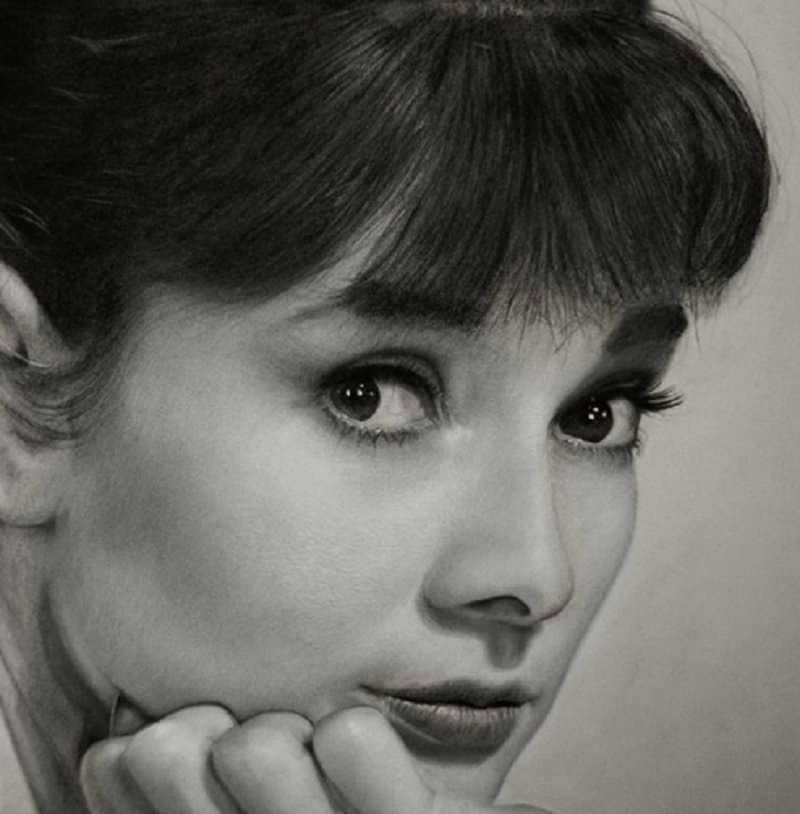 A piece by Martijn Versteeg, an artist from the Netherlands, this is just one of several images he has produced of the famous actress Audrey Hepburn. He claims it took more than 30 hours to complete.