10 Hilarious Pictures Of People Sleeping On The Job

According to a report released by UN last year, nearly 90 percent of all people are unhappy with their jobs. Most people are forced into roles that they don’t enjoy due to various reasons, and rarely ever end up pursuing the career of their dreams. This explains the lack of productivity in the world and the continuous turnover of the work force in many countries. A lot of people slack off almost all day during their work and find as many ways as possible to make the days go by quicker, just to see the weekend. Here is a list of 10 pictures of people sleeping on the job: 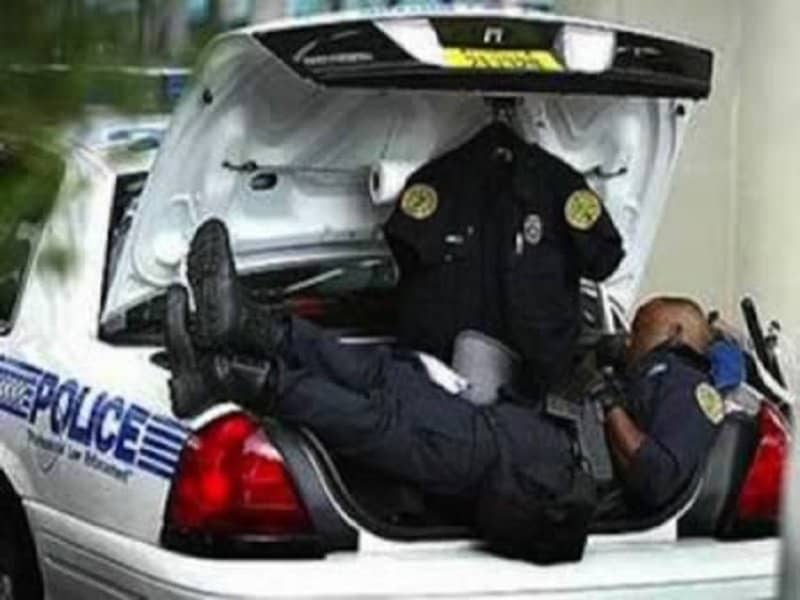 Being a cop can be a very demanding job. You need to take as many breaks as you can and find time to sleep whenever possible. Just try not to leave your gun in the open like this chap. Also, the backseat is a better idea than the trunk. 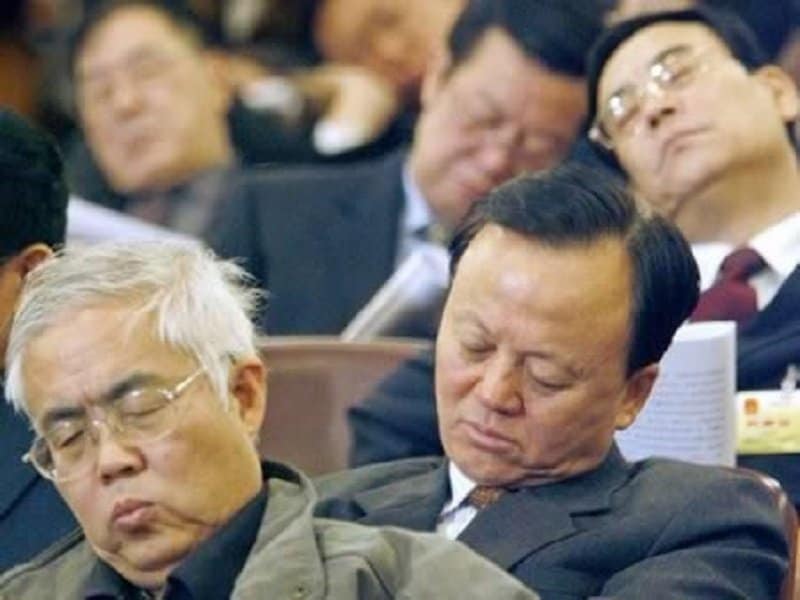 It isn’t a very good idea if you are a speaker in a meeting, and only one out of six people seems to still be awake. Maybe you should consider starting with a joke. 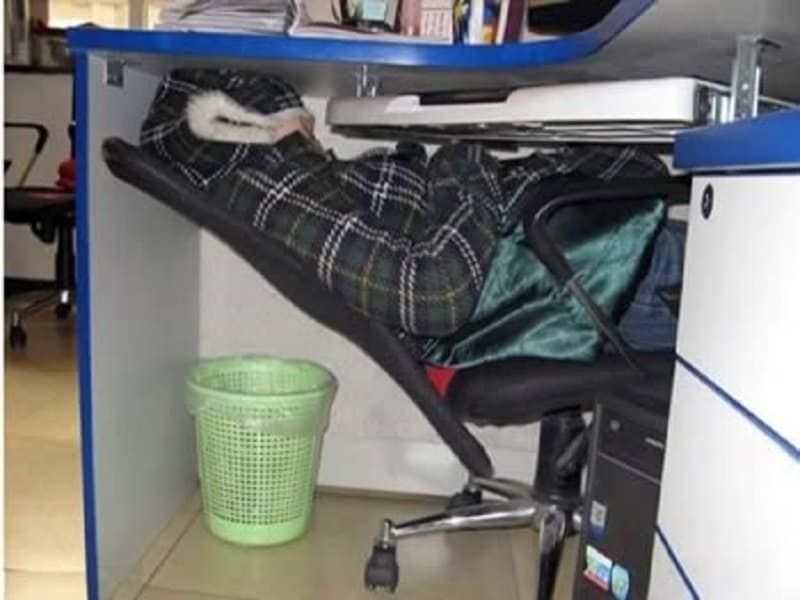 Desk jobs can be one of the worst in the world. You hardly get a change of scenery and most of your co-workers are extremely annoying. What else is a person supposed to do than slip under the desk and let time slowly slip away? 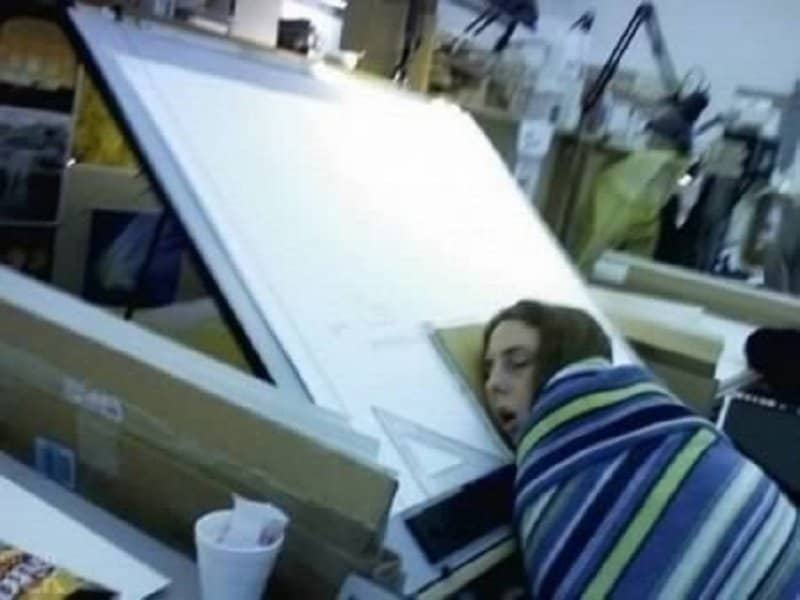 Architecture is actually one of the better jobs out there, but this picture shows us that even this profession has its fair share of pitfalls. 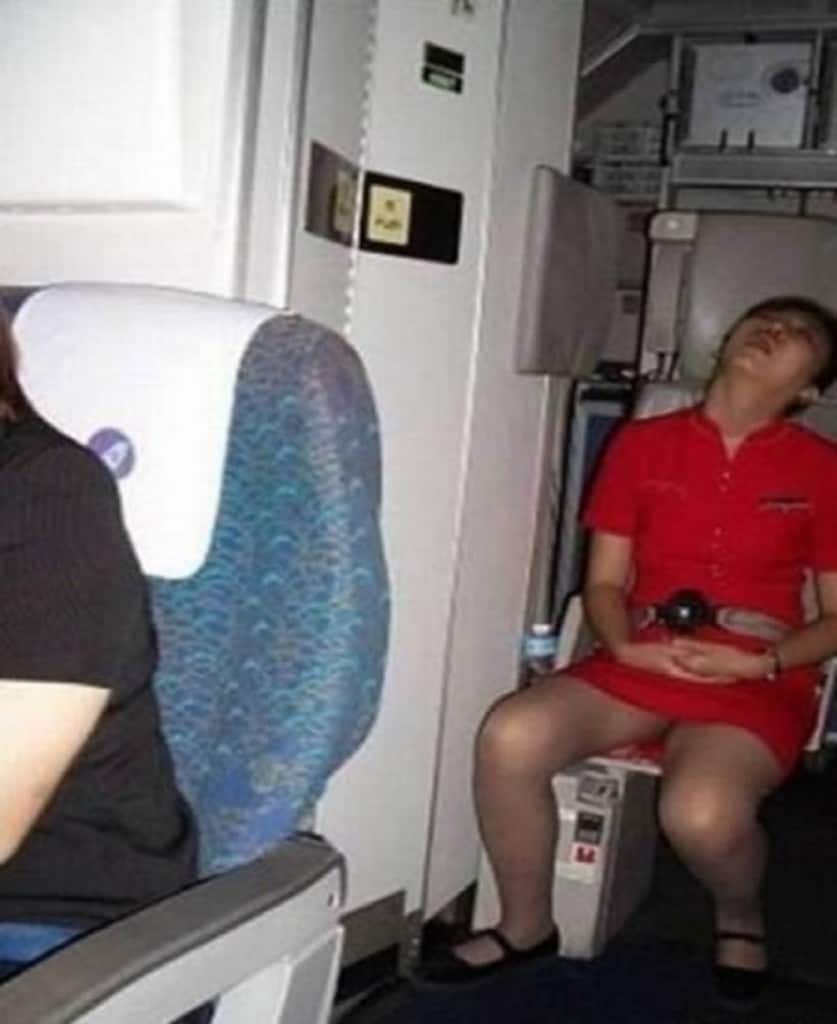 Most people think that being an airhostess is an extremely glamorous job. This picture makes it seem like you are just a waitress 10,000 miles in the air. 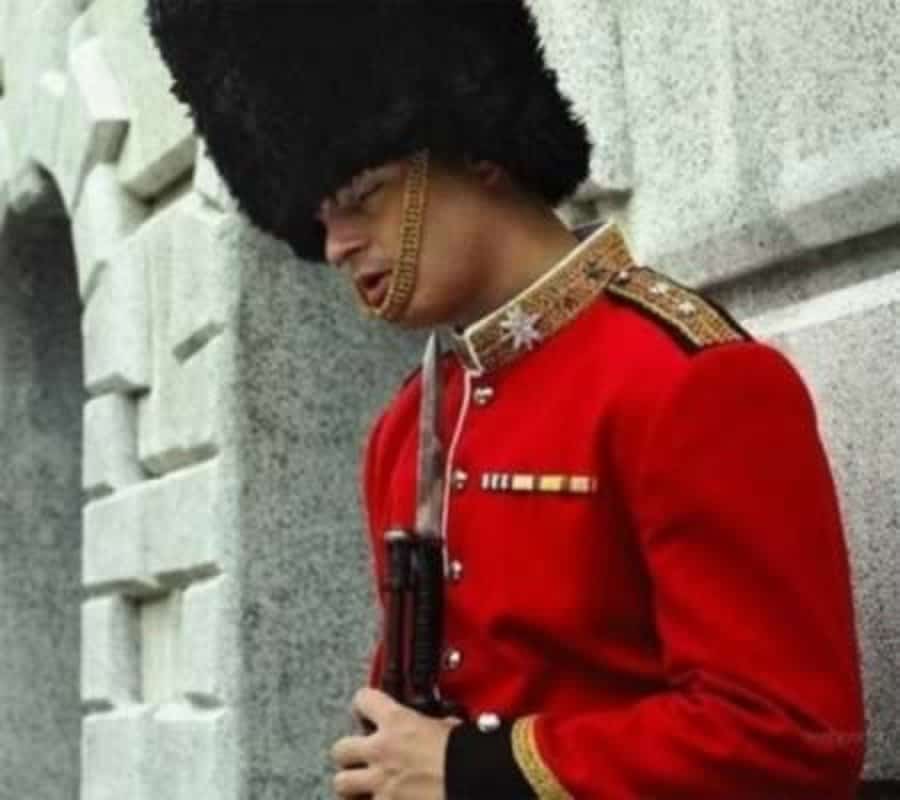 Most of us know that the guards outside Buckingham Palace famously never move a muscle when they are stationed at a post. As you can imagine, this can be very boring, very boring indeed. 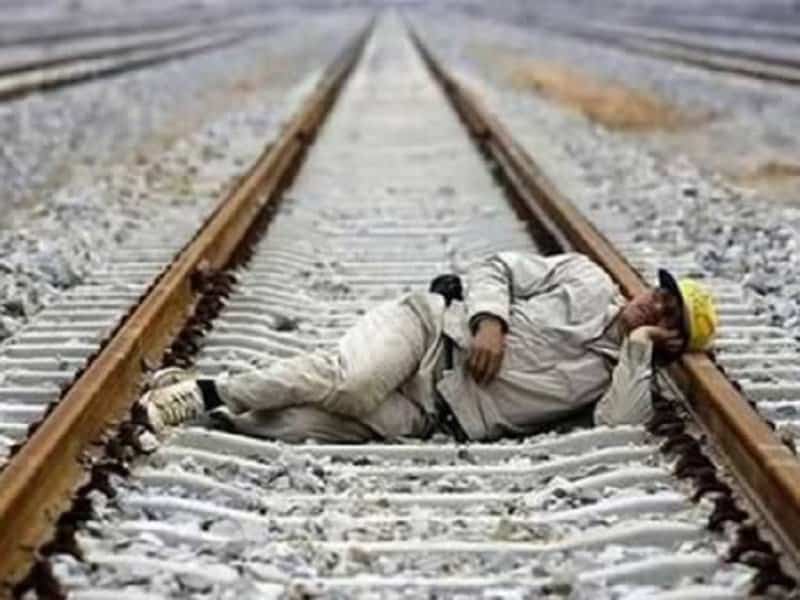 If this person is able to sleep on such a bumpy surface, not to mention the threat of a train coming at you at any point, he can probably sleep through anything. 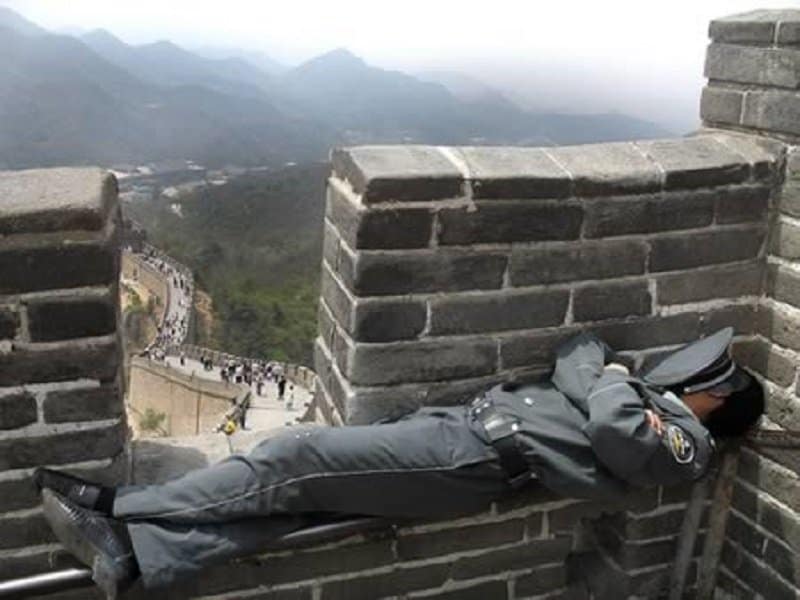 Guarding things that are very old and very boring can really suck the life out of you. It is best to just kick back and not give a damn. 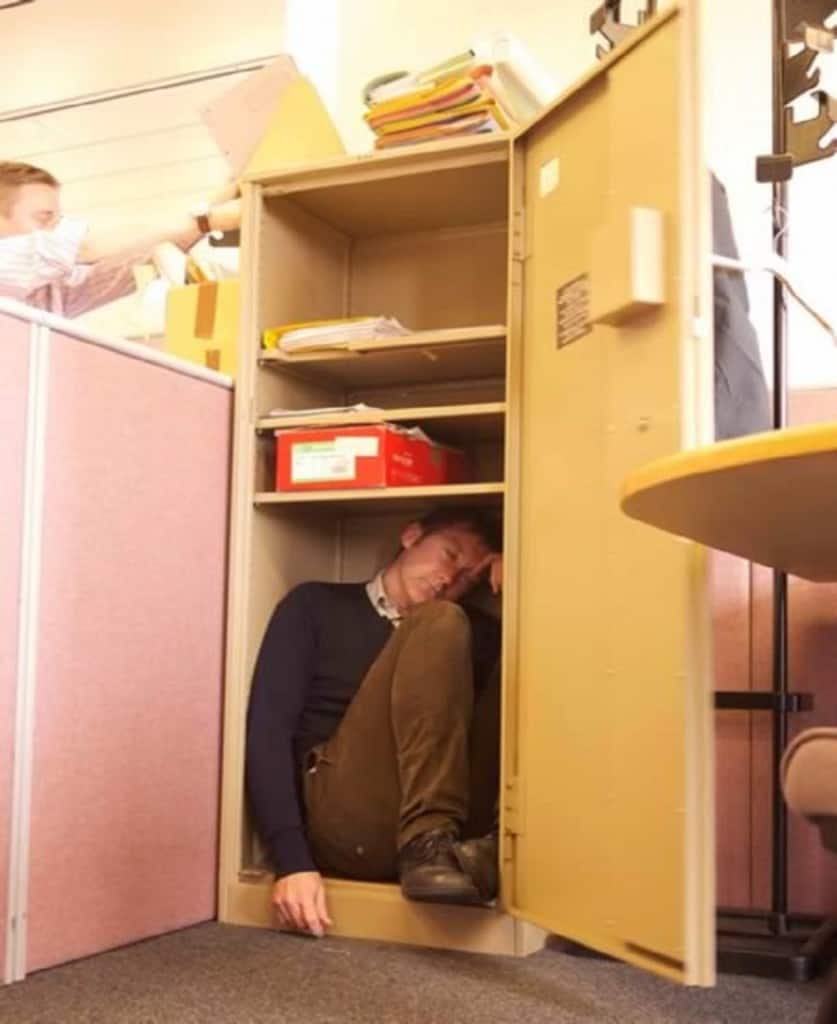 If you are a part of busy office environment, then you must know that privacy is hard to come by. It is a good idea to isolate a few spots as designated nap zones and sneak away from time to time. 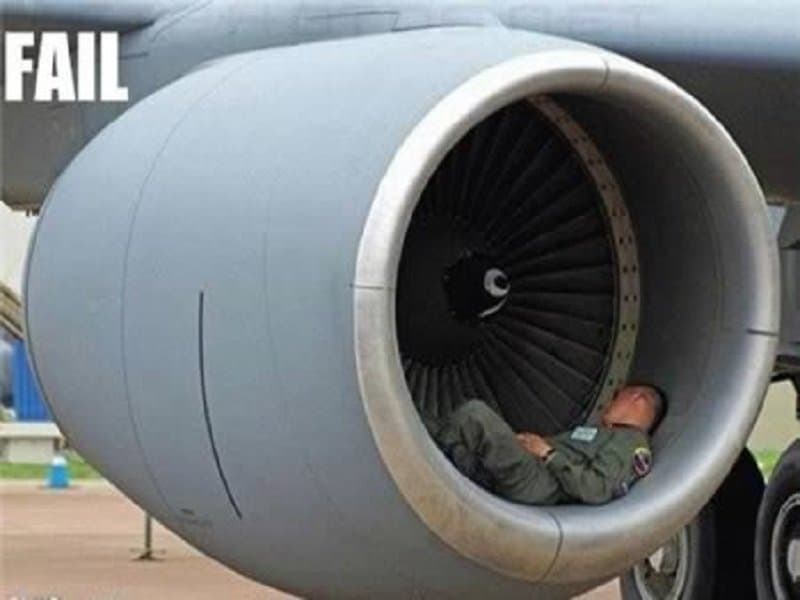 There is nothing like a gentle breeze on a hot day to put you to sleep. An inactive propeller on a jet plane will also do nicely.