Summer is a time of fun and frolic and frivolity, but sometimes we take that a bit too far and we end up doing things we wish we hadn’t done. We’ve all been in a situation we wish we hadn’t. Sometimes it’s something stupid and we’re trying to impress or show off to friends, while other times it’s just because we can. Well we’ve scoured the internet to find ten hilarious, shocking and sometimes even embarrassing photos of summer fails to give you a bit of a laugh. So, without further adieu, here are ten of the best summer fails you’ll ever see!

Sunbathing In a Parking Lot 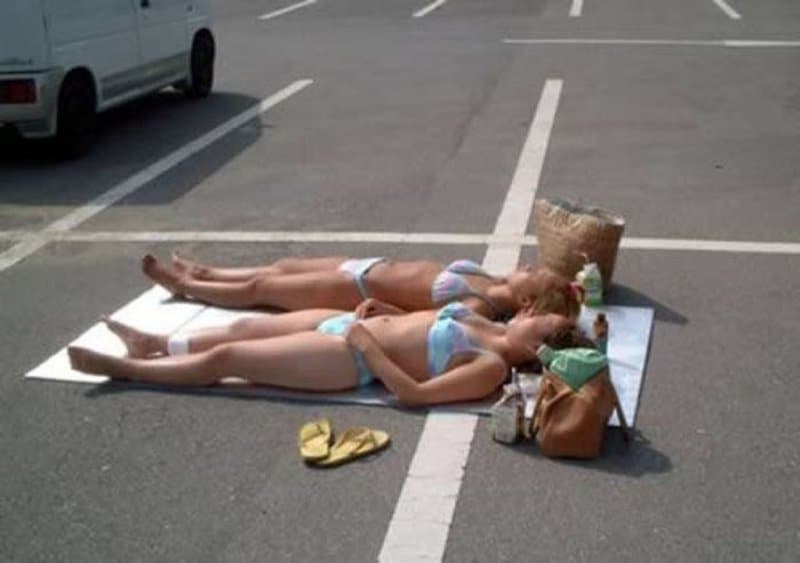 We have to give these girls credit for this attempt. We just hope they don’t get run over.

You Should Wear Some Different Shoes 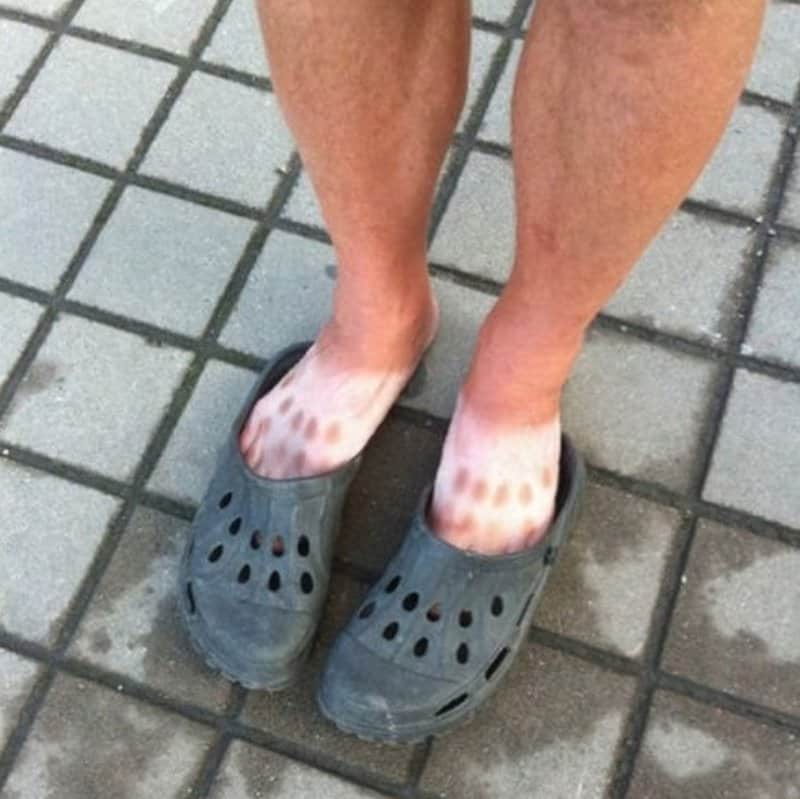 At least you know you were getting plenty of sun while wearing those shoes. It might be time to try a different pair for a while though.

What a Great Picture…What The Hell Is That? 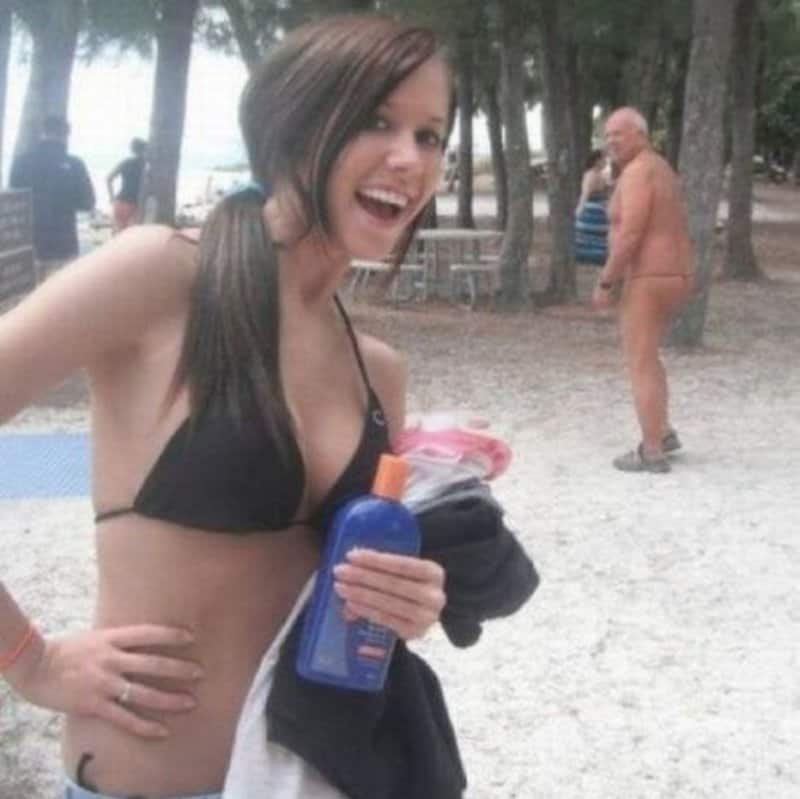 That old man is trying out a new style. The new style is trying to scare everyone else on the beach. 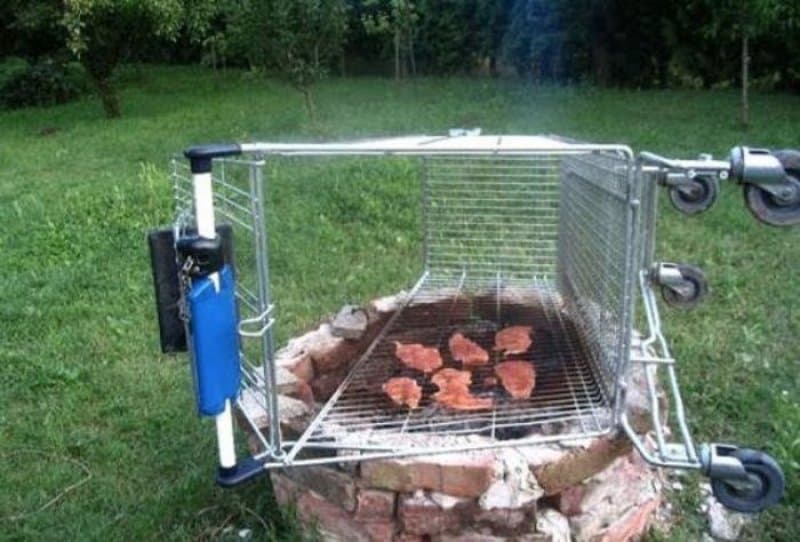 We love that someone thought this would work, but it seems like they could have just went out and spent $10 on a disposable grill.

This Kid Isn’t Doing This Again 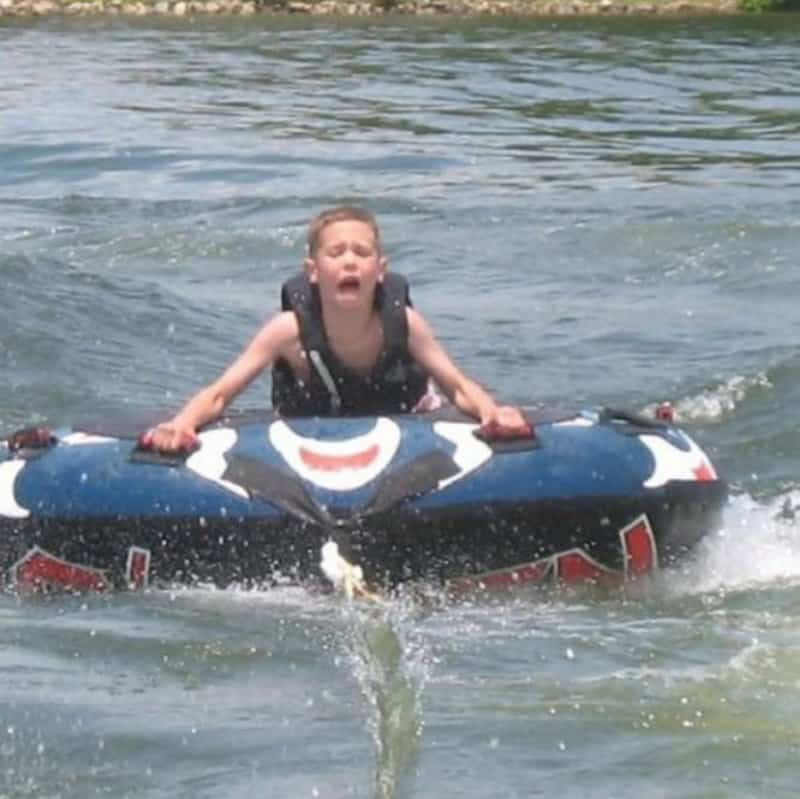 This kid was looking to have a good time. He failed miserably. 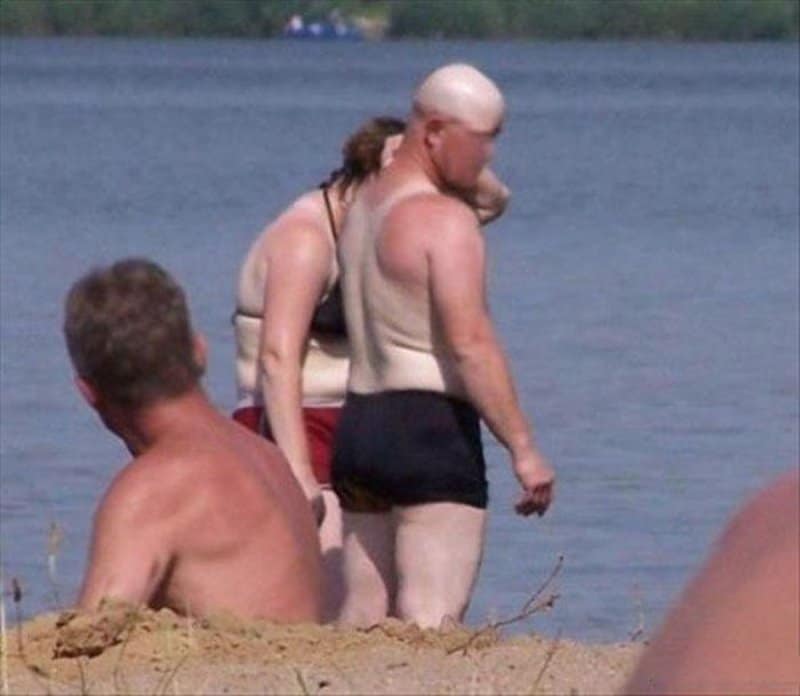 We have to wonder what in the world this guy was thinking. It appears he has been getting a bit too much sun.

He Just Wanted a Lick 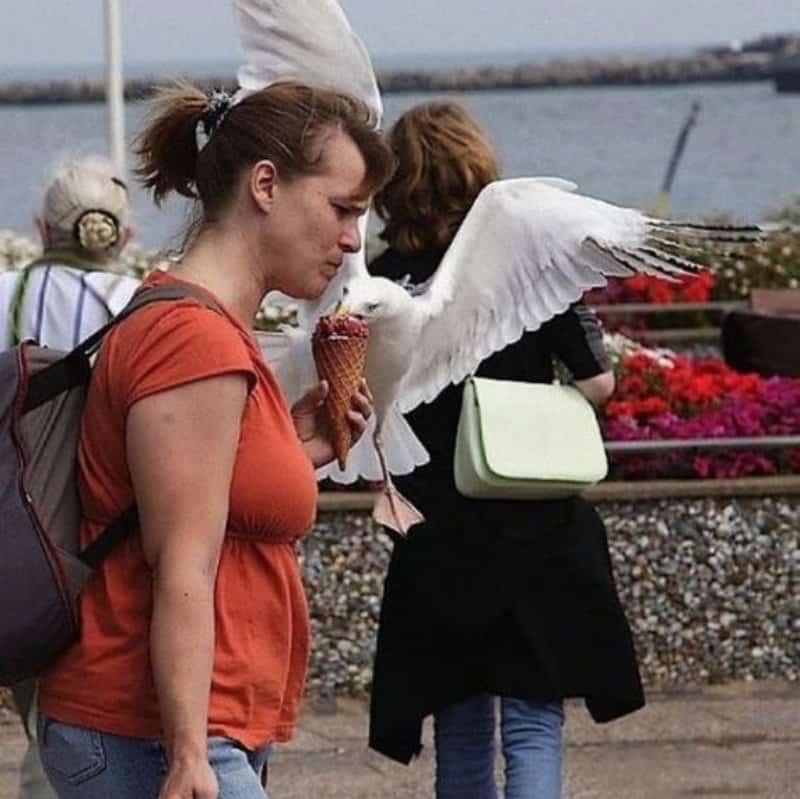 This bird looks like he’s causing trouble, but he was just asking for a bite. We like that the woman seems to be offering it up.

What An Interesting Sweat Stain 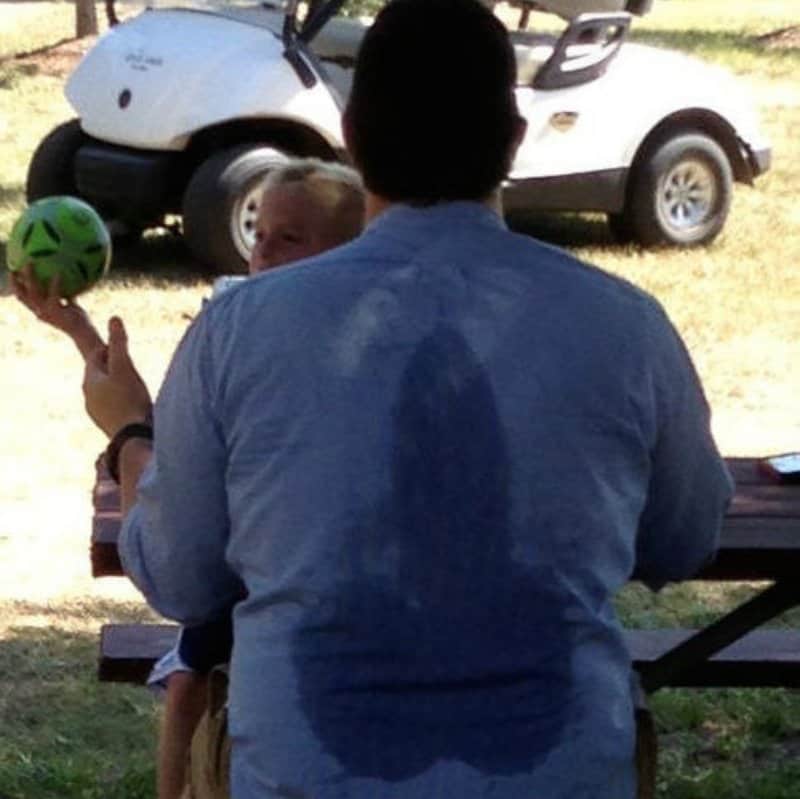 This guy has the most accomplished pores in the world. He also has some pores that have a really good sense of humor.

Nice Try For An Air Conditioner 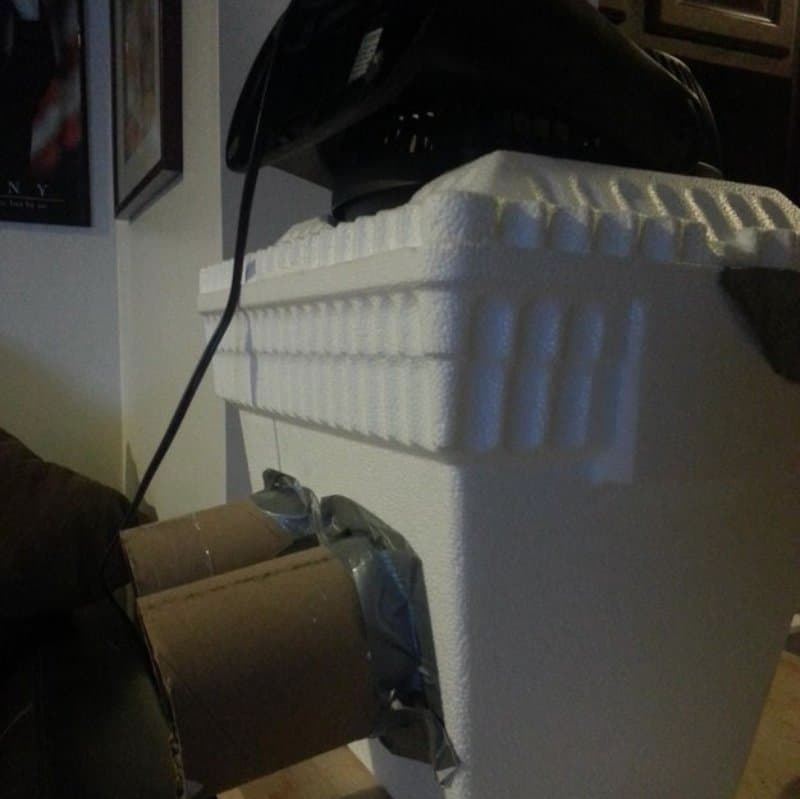 When You’ve Got To Stay Cool And Use the Computer 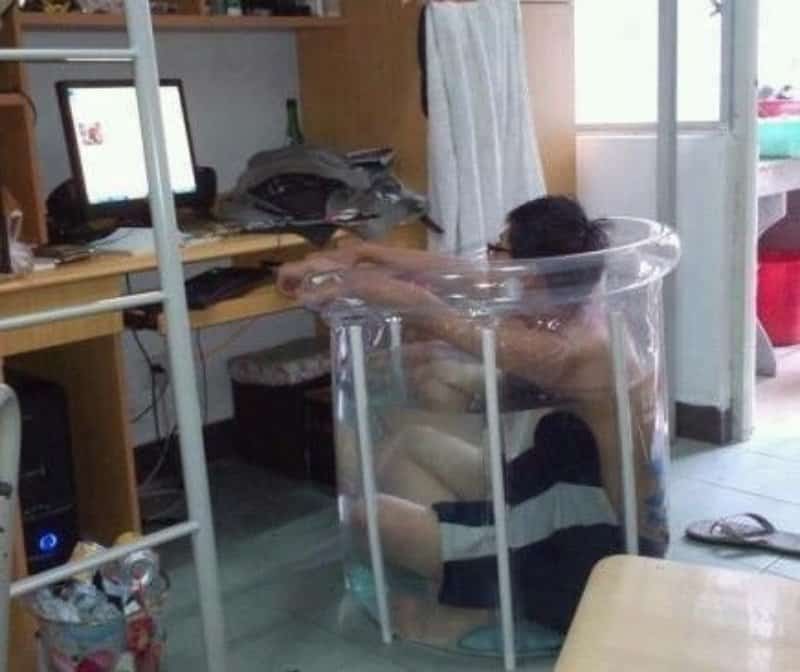 This might be the weirdest idea we’ve ever seen. Props for trying.