10 Funny Signs Proving God Has A Sense of Humor

Churches generally have some sort of sign posted outside their doors, allowing visitors and passerby to get a look at upcoming events or simply read a bit of gospel on their morning commute. More often than not, these messages are rated G for everyone in the family. They reveal upcoming activities that everyone can take part in. Sometimes, however, misspellings and a lack of forethought end up revealing a truly disturbing message in the sign. It is usually hilarious when it happens, though. Here are ten funny signs proving God has a sense of humor. 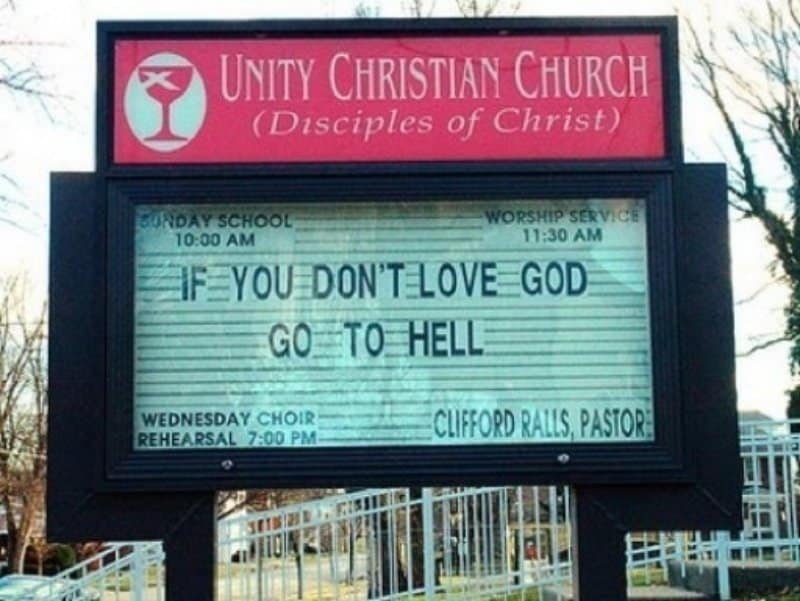 Over at the Unity Christian Church, the good folks had the right mind to threaten everyone with a good time down under. 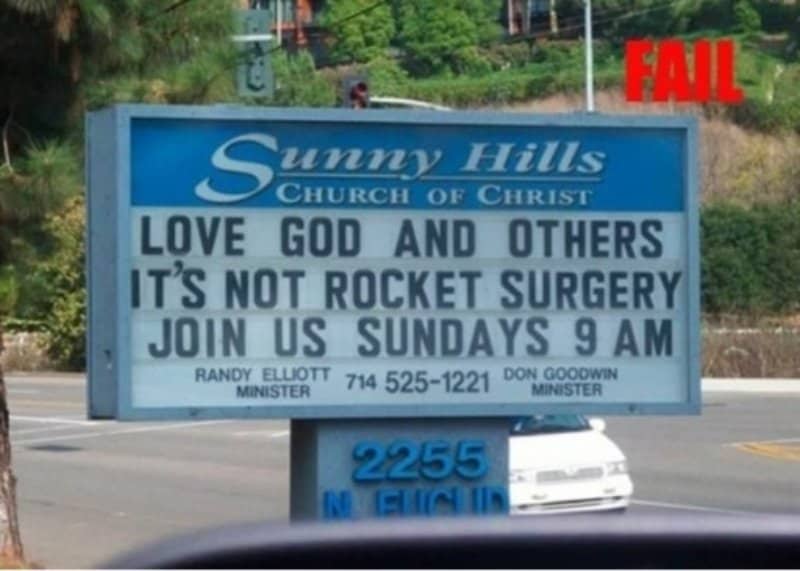 The minister of Sunny Hills Church Of Christ likened religion to that of science, which everyone knows is a major debate these days. 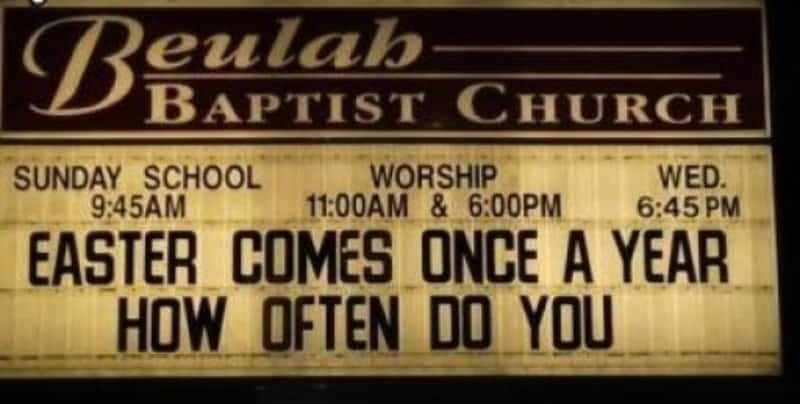 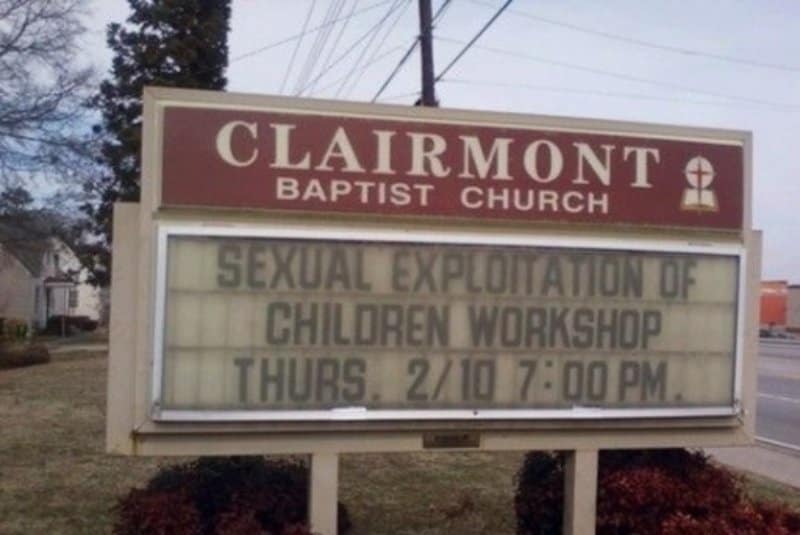 The Clairmont Baptist Church really needs to learn how to use proper grammar, otherwise they will forever be the church that diddles children. 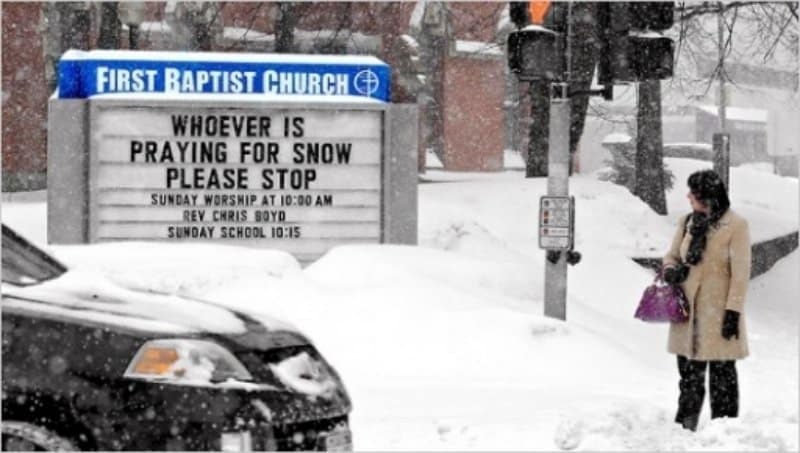 The First Baptist Church took a light-hearted stance on their sign by asking everyone to stop praying for the ever-falling snow that plagued their city. 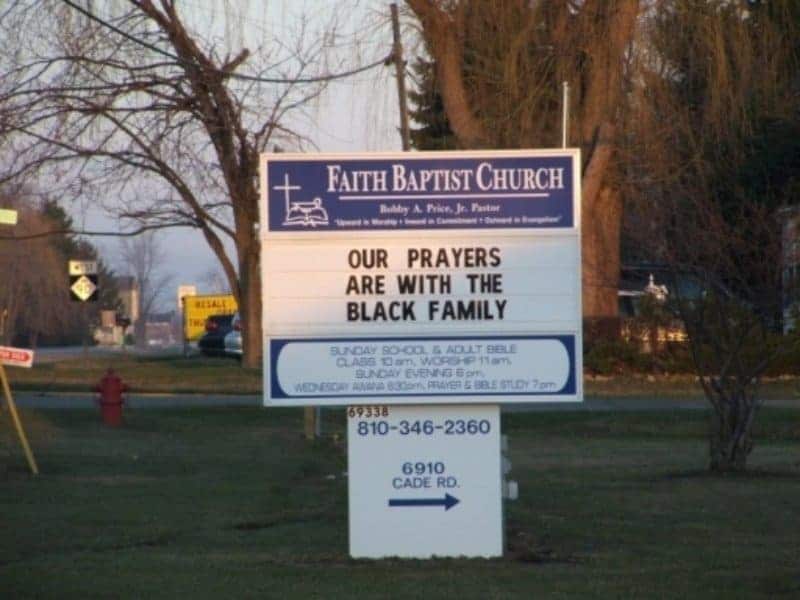 The Faith Baptist Church decided they were going to pray for a black family. It is unclear exactly which black family they had planned to pray for, though. 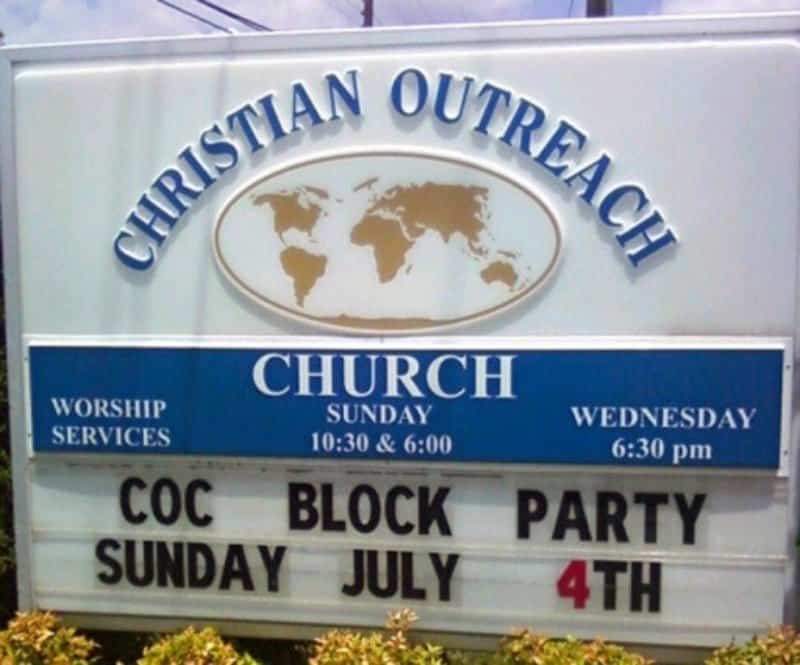 The Christian Outreach church thought it would be a good idea to shorten some of their words, which ended with the above picture offering a fun time for all. 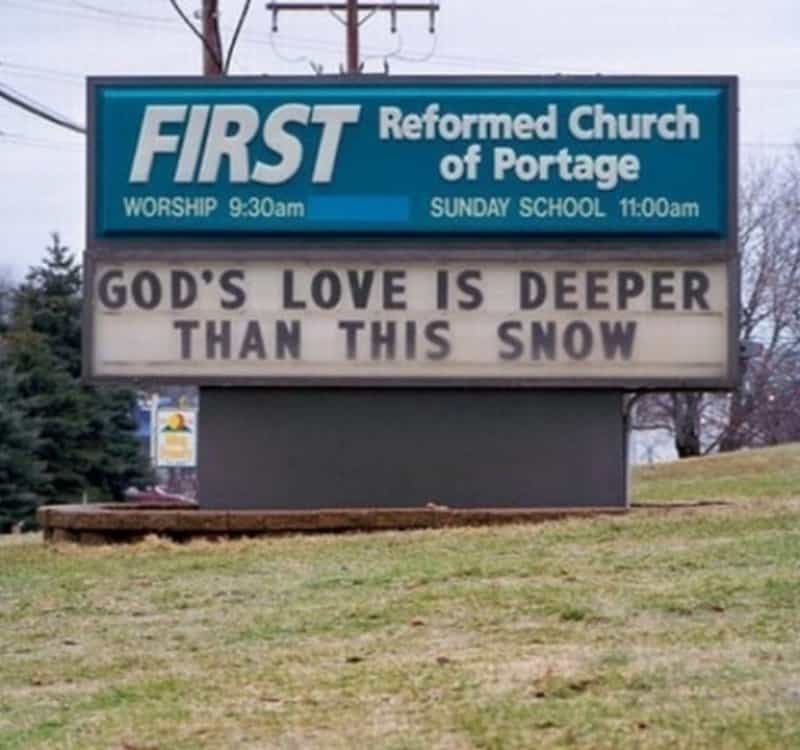 The Reform Church Of Portage thought they were being smart by likening God’s love to the snow, but they were not experiencing any snow that day. 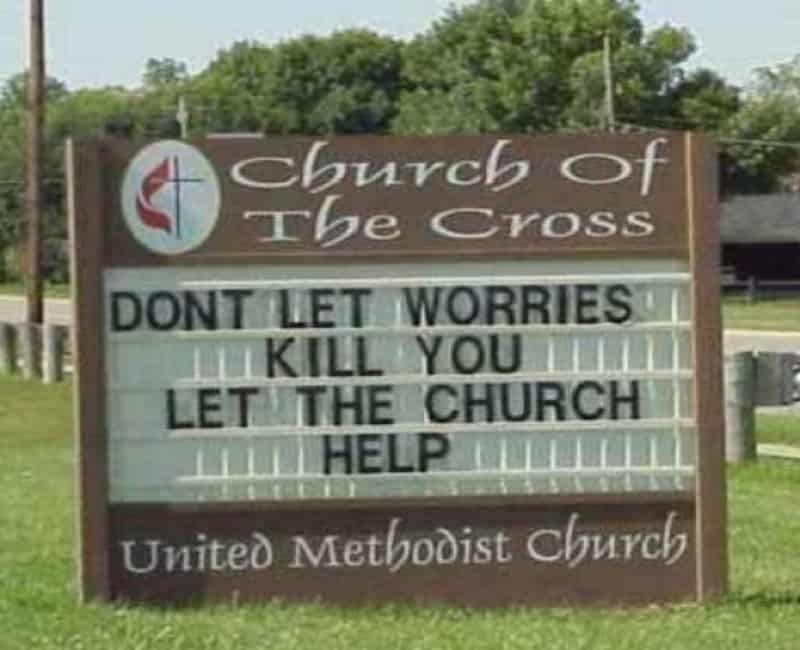 The United Methodist Church has threatened to harm everyone who worries too much – that way you won’t do any self-harm along the way. 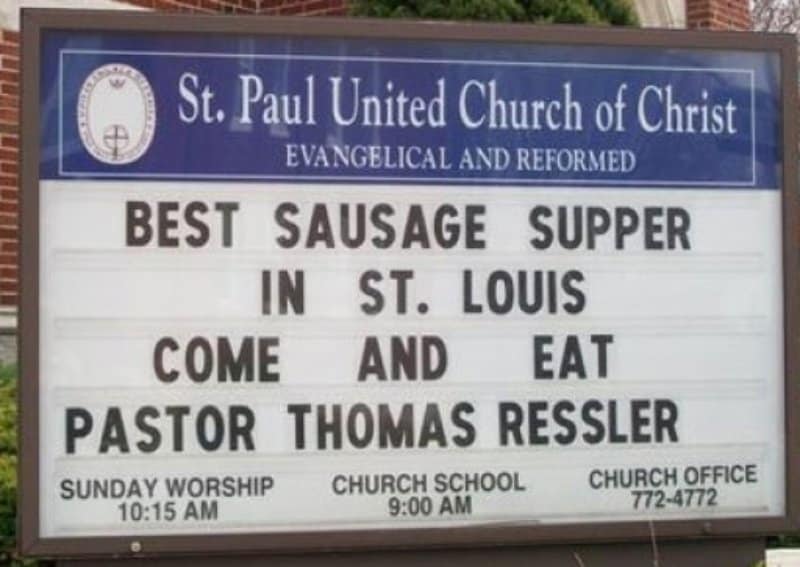 The St. Paul United Church Of Christ is another church that really needs a proofreader working for their sign handler. Everyone is welcomed to enjoy a leg from Pastor Thomas Ressler at the dinner.