Kung Fu Panda 3 recently released in America, on January 29th, so we’ve decided to bring you some awesome facts you never knew about the two previous films. There are still a few weeks until the worldwide premiere of the movie, and that means there is still time to re-watch the previous parts and if you manage to not-die from laughter, you can dive deeper into the Kung Fu Panda universe and learn the extraordinary facts that Dreamworks have shared. Without further adieu, here are 10 of the most amazing and extraordinary facts about the Kung Fu Panda movies you didn’t know! 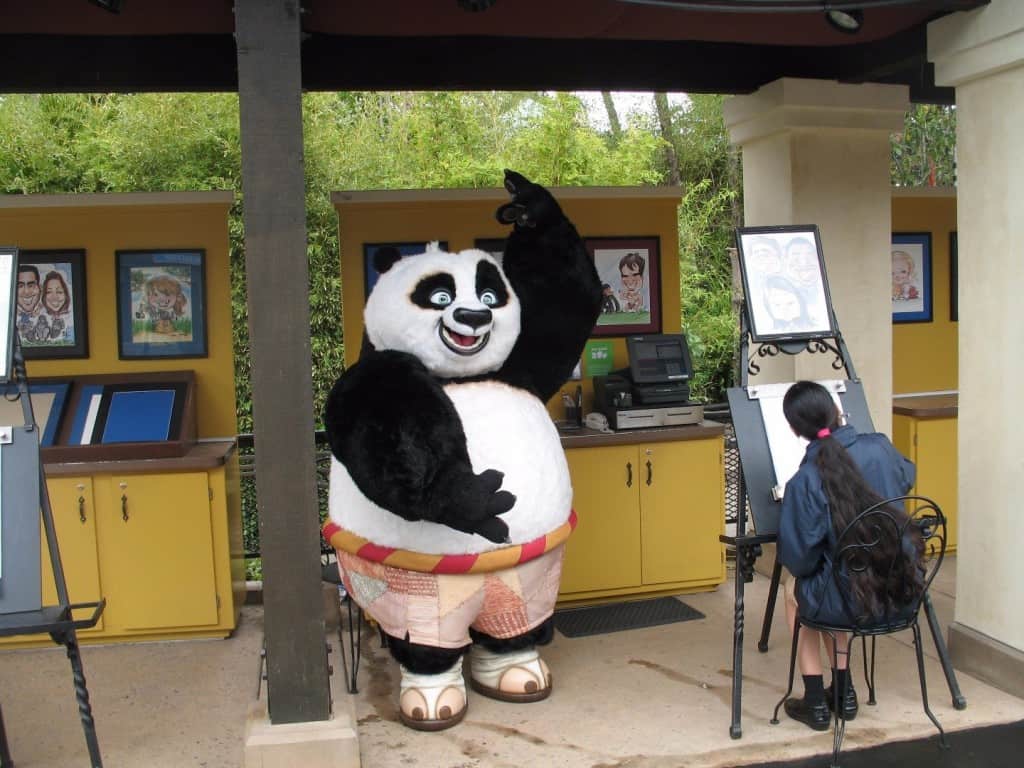 As many as 391 artists worked on finishing the first movie, which had the secret title of ‘Daydreamer’ while it was still in the works and took as long as 4 and a half years to make. 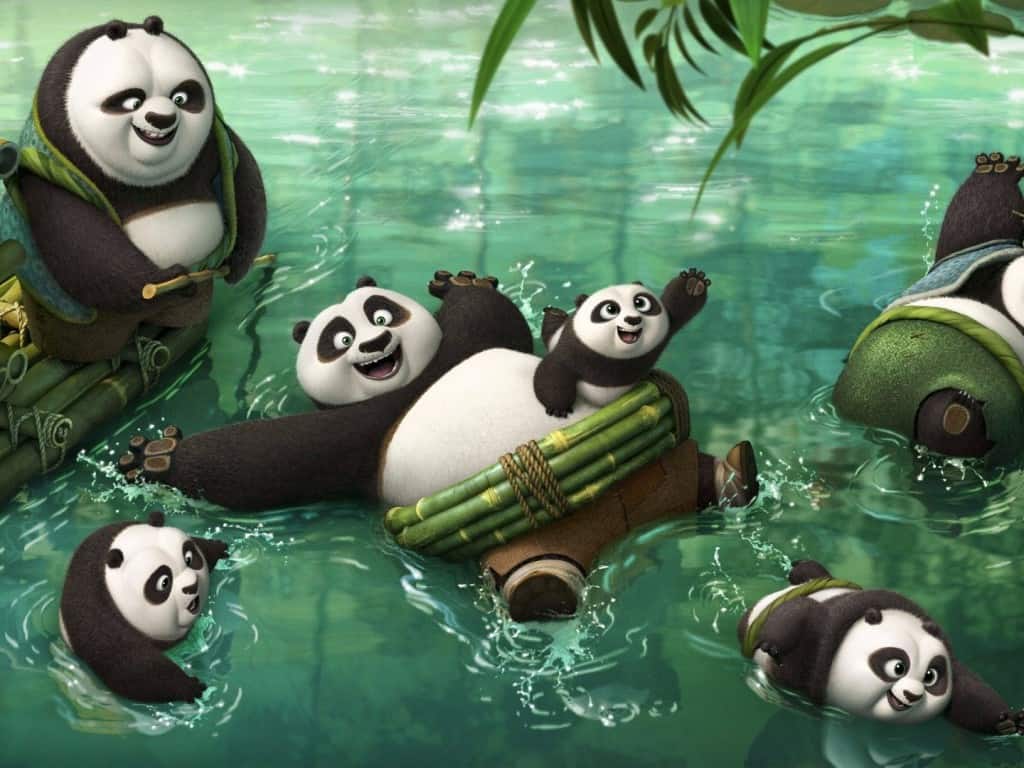 Getting into the spirit of the movie, each time an artist managed to finish a scene of the Kung-Fu Panda movie, they received a fortune cookie with a personalized fortune inside.

The animation team used a lot of Jack Black’s mannerisms in order to better shape the character. However, what’s more extraordinary is the fact that they had to rebuild Po’s cheeks at one point so he could fit more food into his mouth. 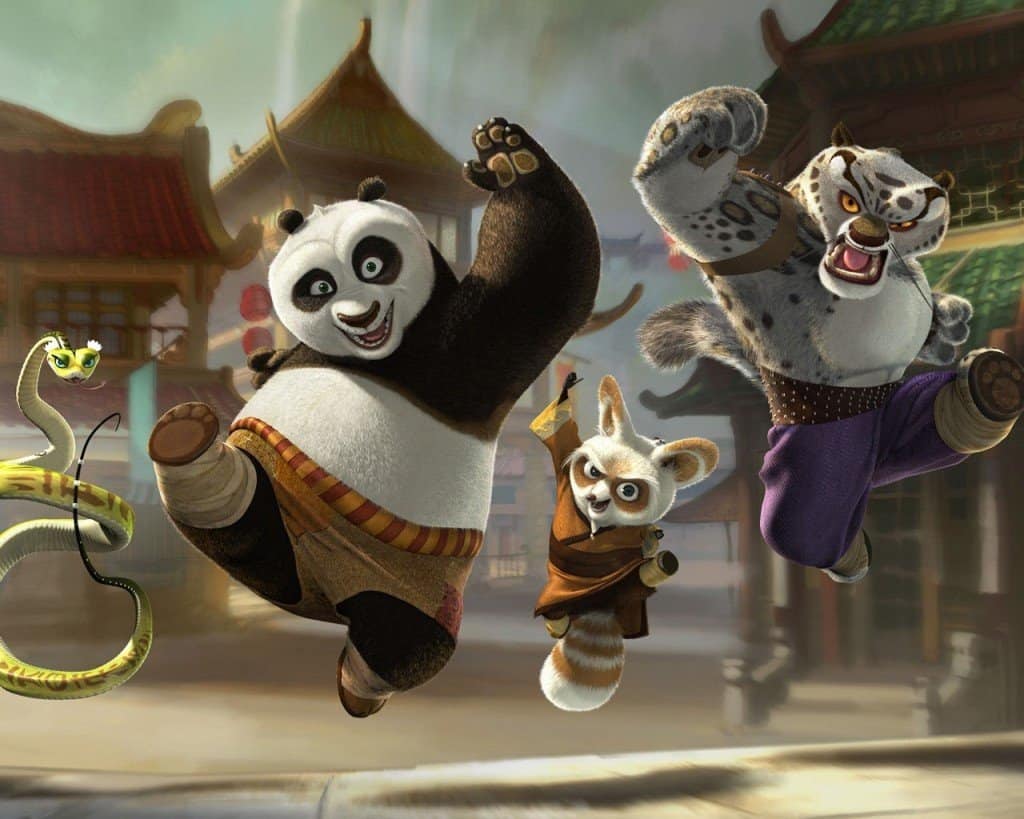 2D Fighting For The Win 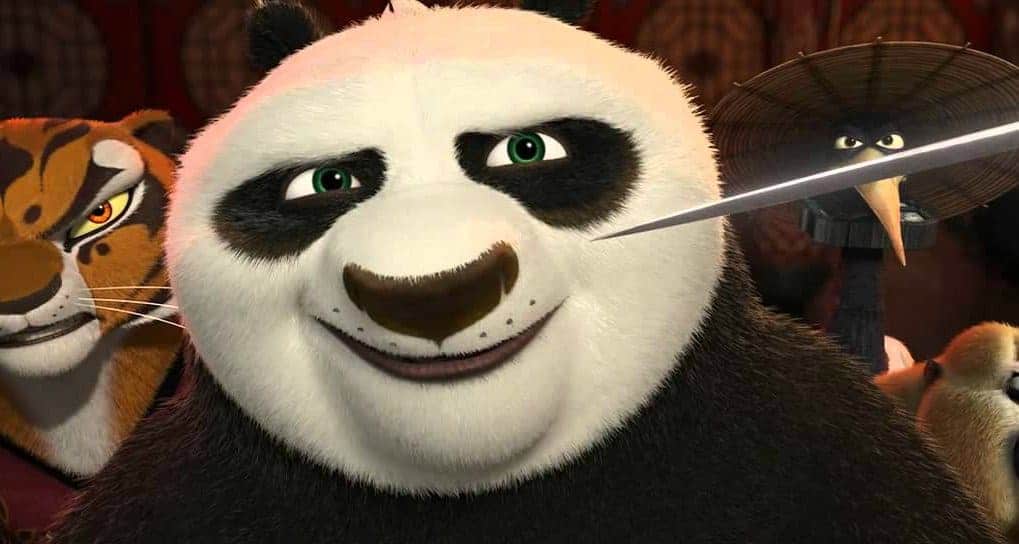 Most of Kung Fu Panda’s fighting sequences were first choreographed in 2D, before they were made in 3D. 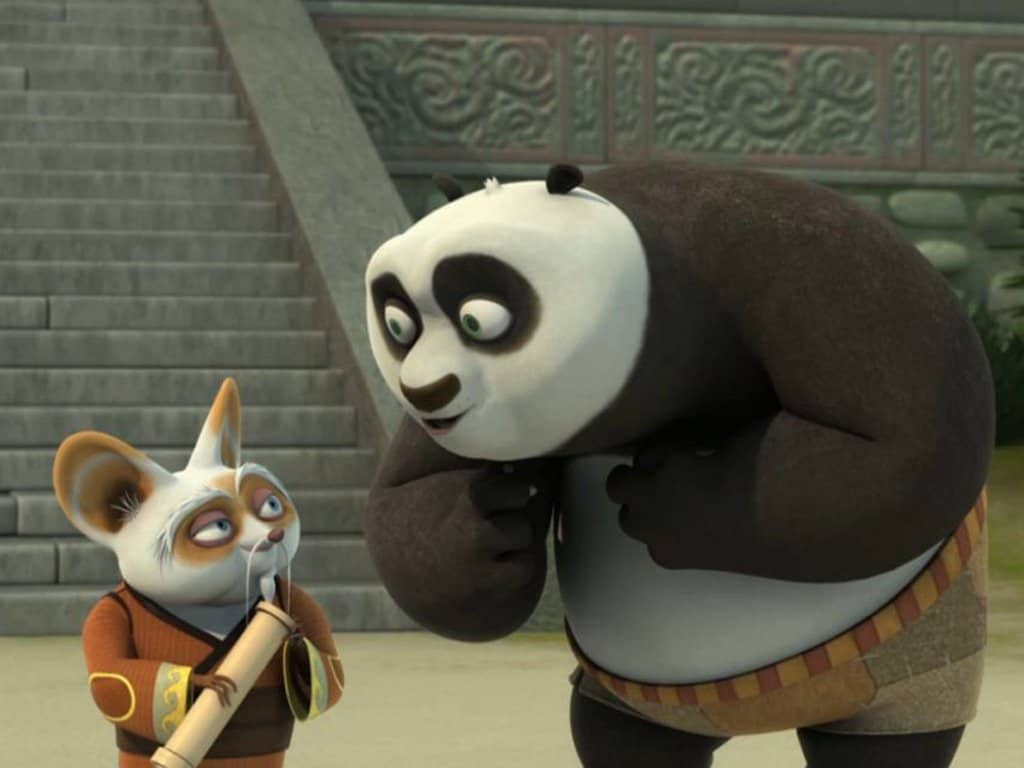 Shi-Fu actually means Teacher-Master in Chinese. Furthermore Dustin Hoffman, the actor who voiced him, became a true teacher-master for Jack Black, who played Po, as he would always share acting advice with him before each recording session.

The Movies Feature A Lot Of References 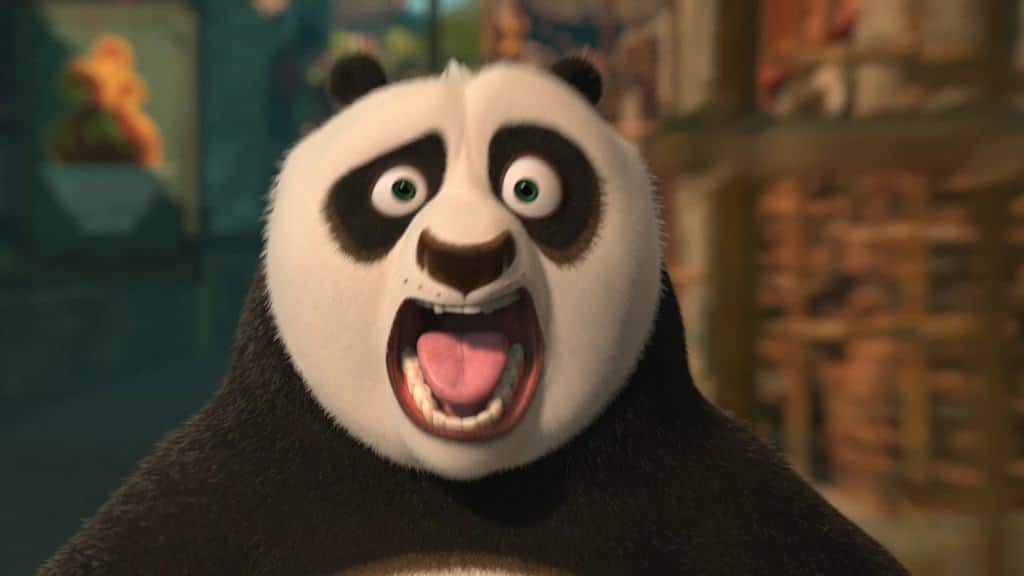 The two movies feature a lot of references to other movies or real life events. One of the most ridiculous references is the scene where Po is amazed by all the relics in the temple, which is a recreation of the Director’s real life reactions to all the Star Wars items featured in the Skywalker Ranch when he first visited it.

The Team Is Highly Attached To The Furious 5 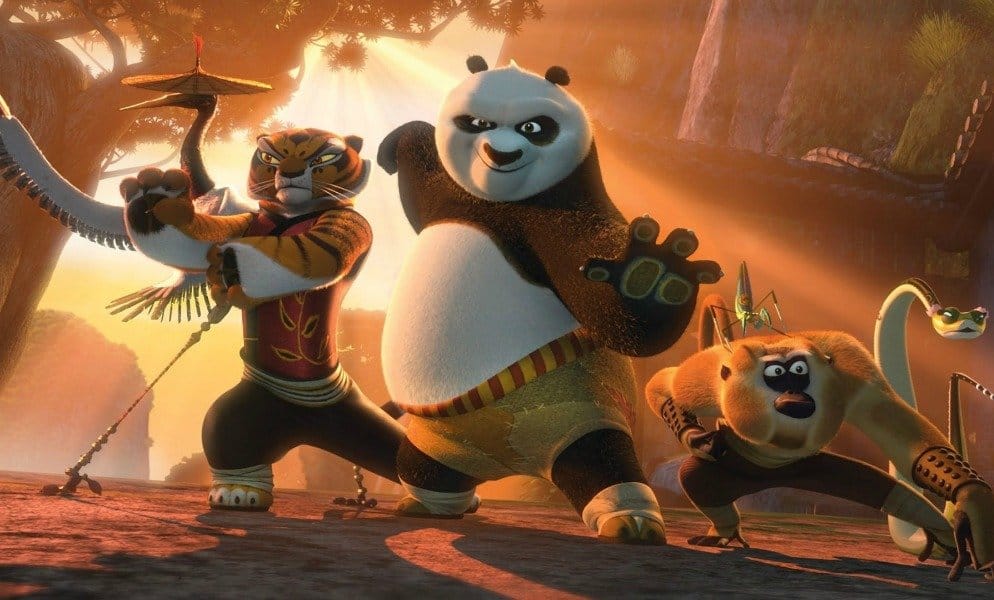 At one point in production, the team had to reduce the furious 5 to only 4 members. However, they were so attached to each character that they couldn’t do it. Furthermore, all of their names are actual styles of Kung Fu.

Mantis Was Going To Betray Po 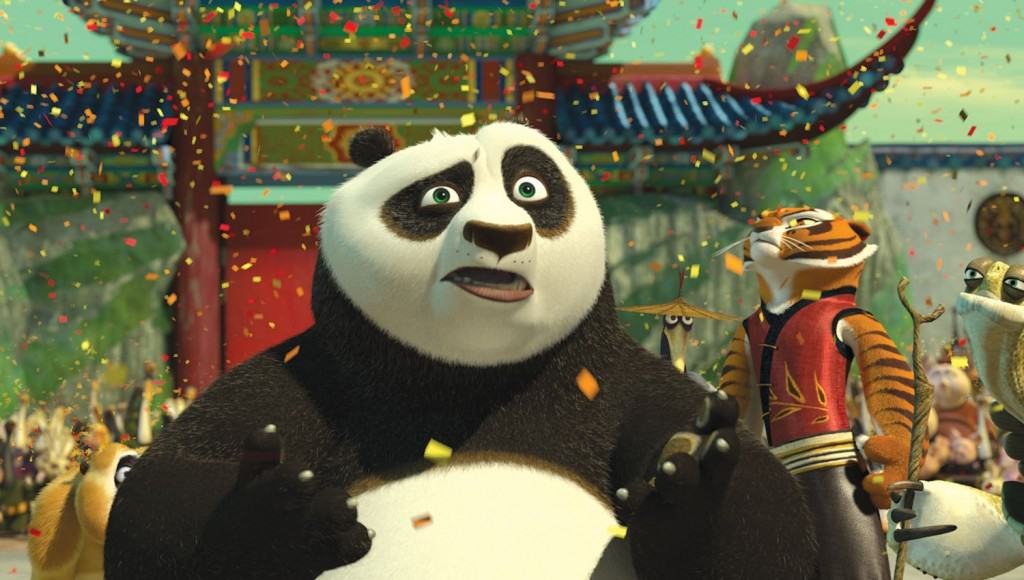 Mantis was first going to be a bad guy, who was going to betray Po and the furious 5, but the script was later changed. 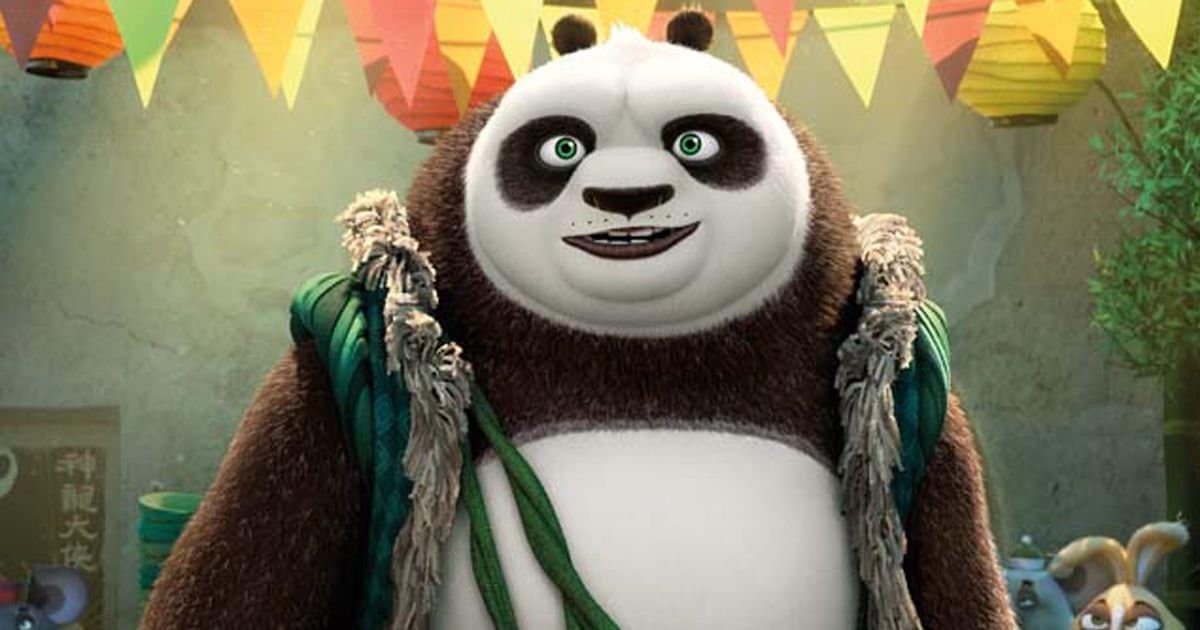 Both Kung-Fu Panda movies were so well-accepted by audiences and critics alike, that they got Academy Award nominations for Best Animated Feature Film.