The small town of Lovell, Oklahoma, started out as a post office in 1889 when unassigned land were open for settlement. The town began to flourish and population grew. But an ill-fated incident would leave Lovell in a condition so devastating it would never be able to recover.

Today Lovell is known as an abandoned town, but its history lives on. As you walk through the ruins of what is left of this once beloved town the images will tell a heart wrenching story that is not easily forgotten. 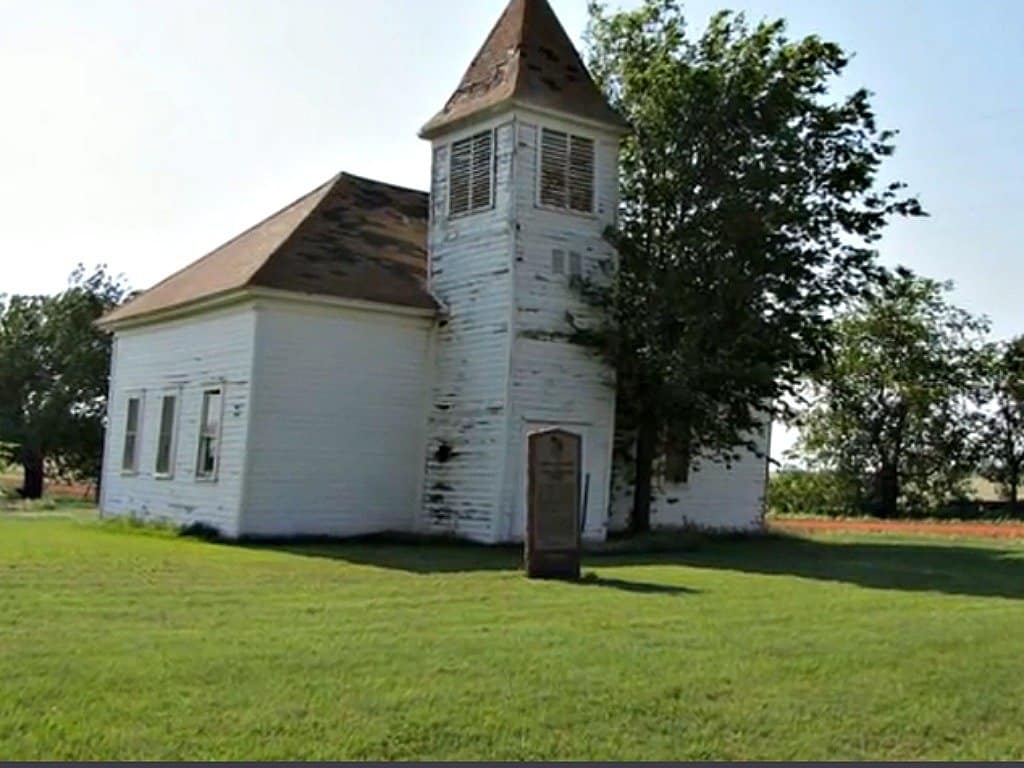 In May 1889, Lovell was officially settled by the postal service. The town was originally called Perth, but changed its named to honor the man who developed the town, James W.Lovell. 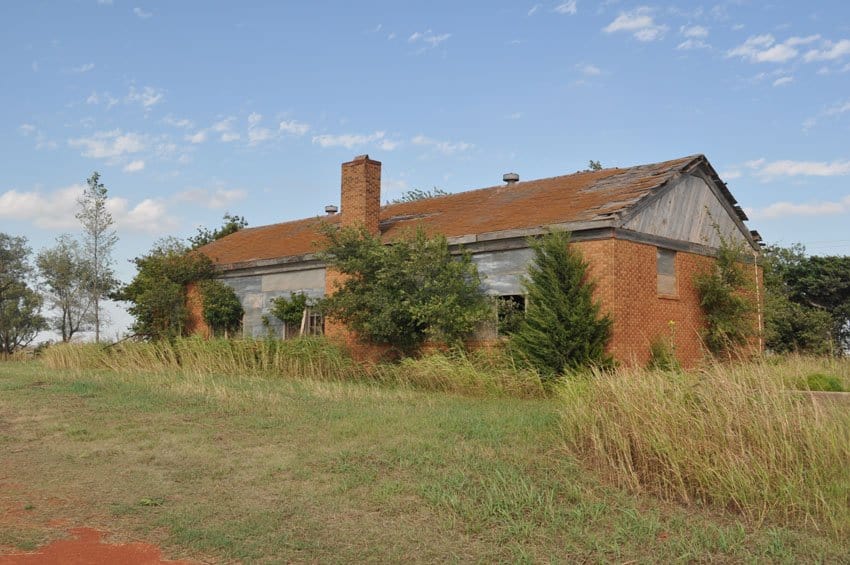 Oklahoma became a state in 1907 and by this time, Lovell had become more populated. Several businesses were established including a school, hotel, bank, post office and two grain elevators. 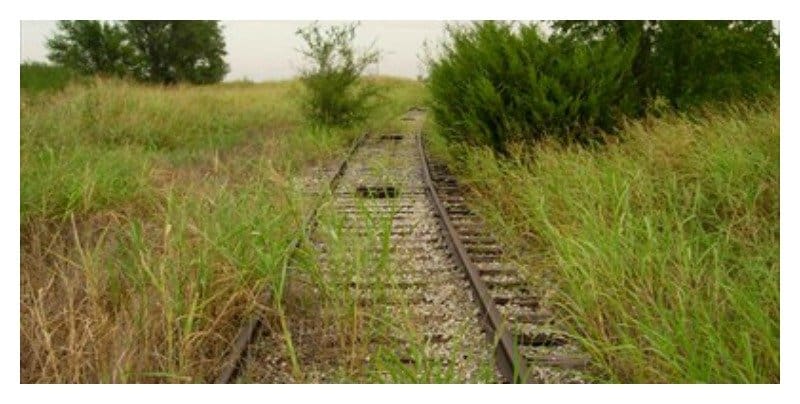 Thanks to the completion of the nearby Santa Fe railroad, Lovell became an agricultural hub. Times were good, but things would later take an unfortunate turn. 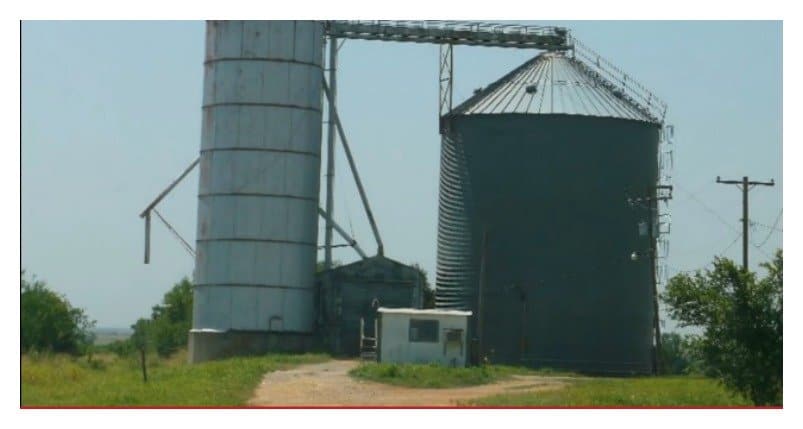 Business was flourishing in Lovell, once the railroad was completed, Lovell became a destination for trading. 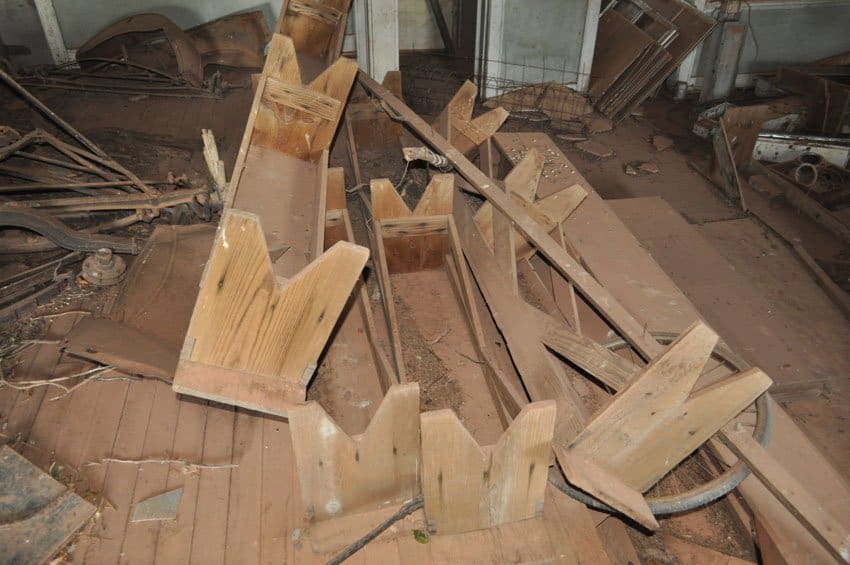 In 1928, fire engulfed most of Lovell’s main street. By the time the fire was extinguished, 11 businesses were completely destroyed.

The town was unable to recover from this devastating loss. World War II and the Great Depression put even greater strains on the small town. 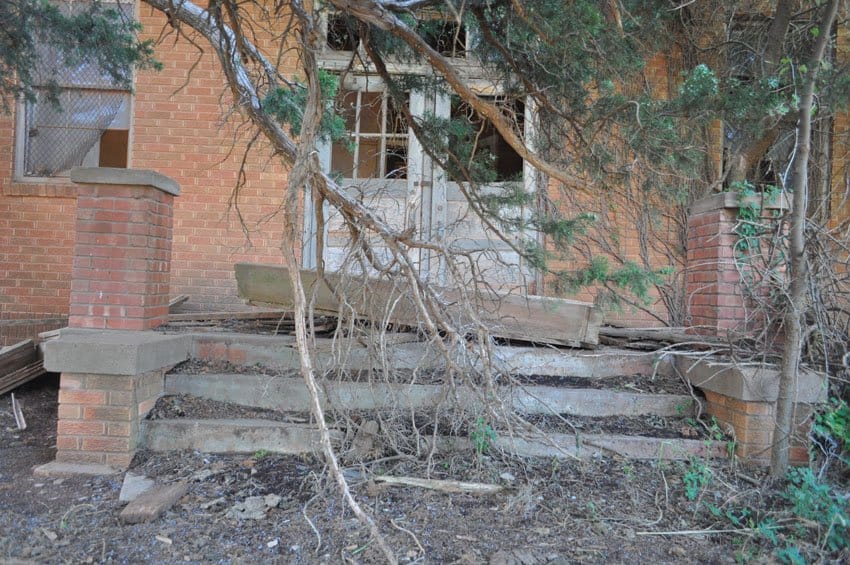 On May 17, 1955 the school officially closed its doors. This resulted in many relocating to find suitable schooling for their children. 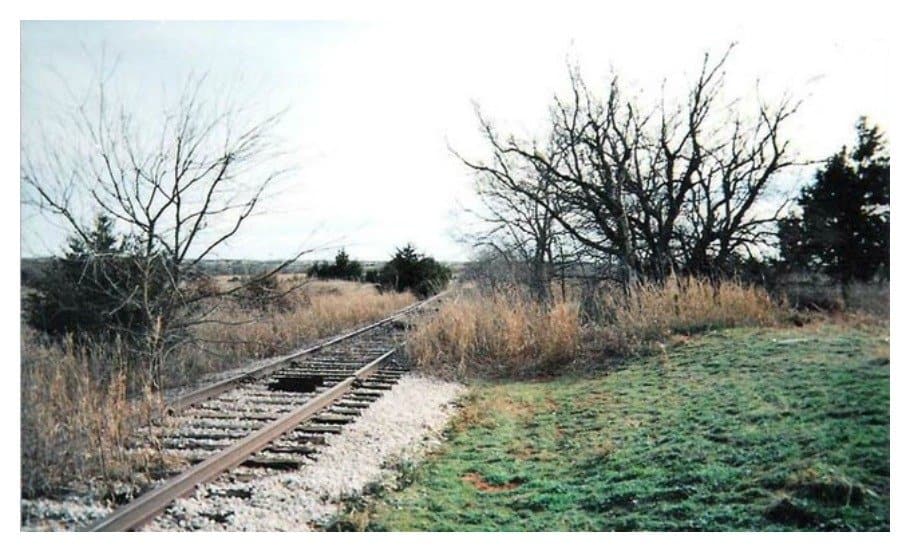 Today Lovell is officially a ghost town though some of its early structures still remain. The town is often visited by tourists, who can explore the surrounding buildings and land. 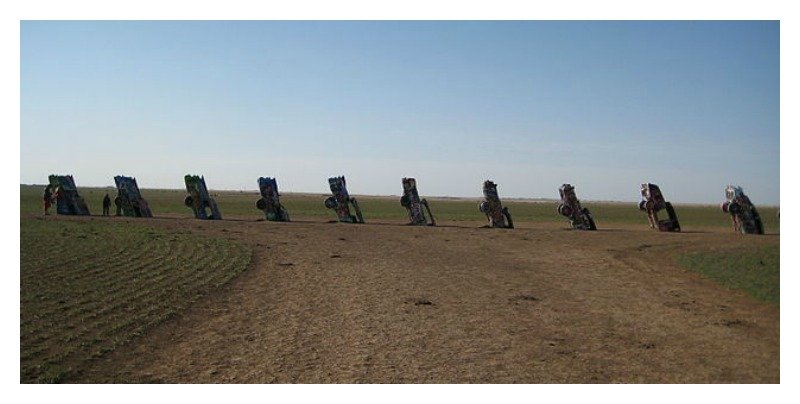 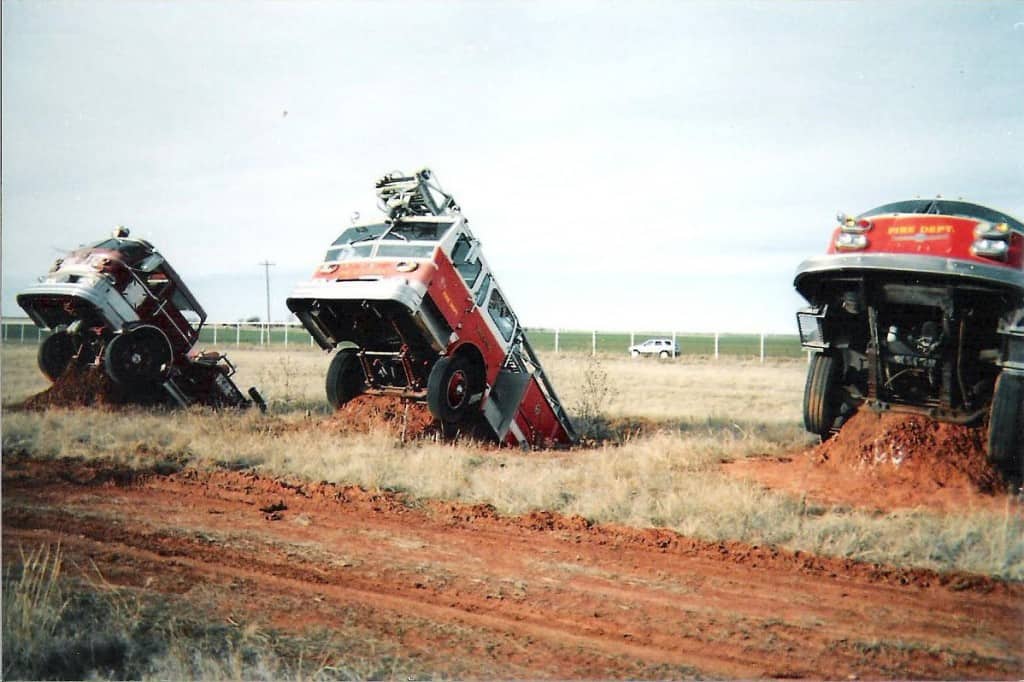 No official explanation has been given about the reasoning behind this unusual display of firetrucks. However many speculate that it is an art display created to attract visitors to the town — or what’s left of it. 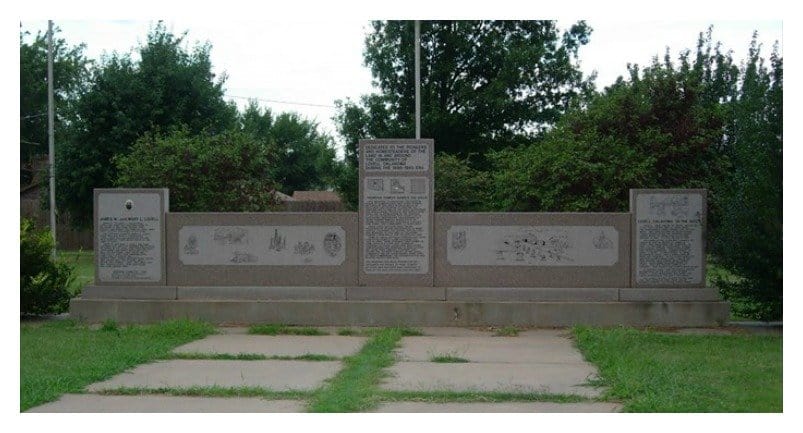 Today, a large monument is erected in the town to honor the pioneers and homesteaders of Lovell, Oklahoma. The monument gives information about the original Lovell family and the town’s history,

Hundreds of names are listed on the back of the monument, these names include pioneers and settlers.