Marriage is one of the most important and oldest traditions that humans have. It’s a time of celebration when two people commit to spending the rest of their lives together, or at least that is what is supposed to be. In recent times, the act of marriage has come under criticism and sparked controversy thanks to equality legislation. No matter what your beliefs though, marriage is still a way for two people to express their love for one another in front of their family and friends.

Sometimes though, weddings don’t involve two people at all. Throughout the last few decades, people from around the world have chosen to marry everything from inanimate objects to animals for bizarre and often confusing reasons rather than a human partner. The examples in this article have all married, or at least attempted to marry, a variety of strange objects and things. 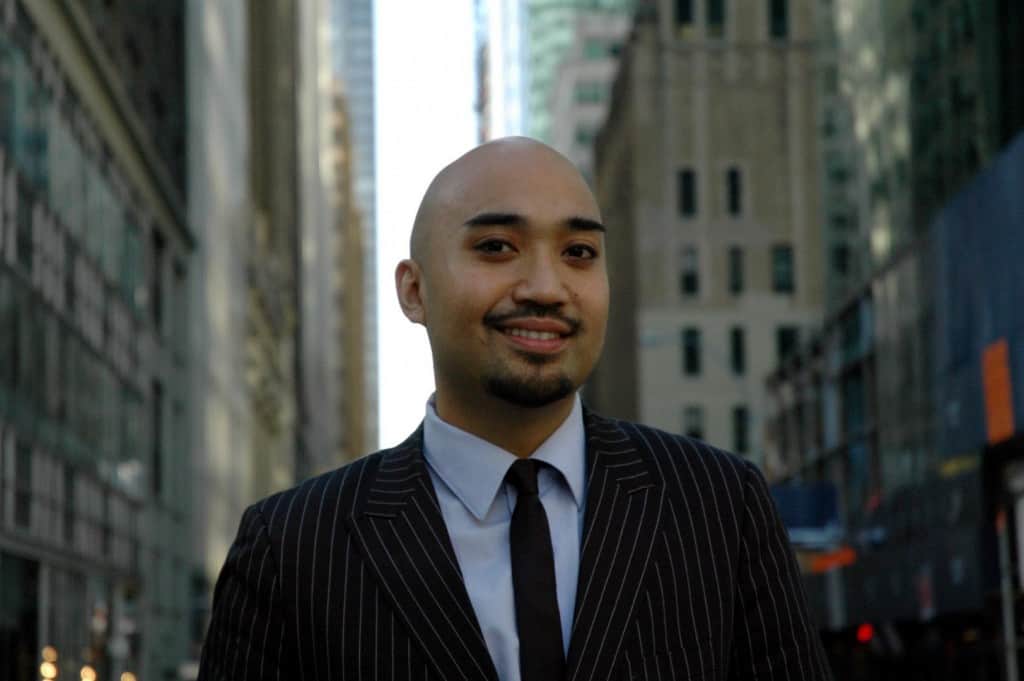 Kevin Nadal chose to marry himself as a way to raise awareness for single people who are stigmatized for not being in a relationship. He explained how many single people, especially women, are discriminated against by family and friends for not settling down and getting married early. “Single people are marginalised in our culture,” said Kevin. “People think you don’t have the commitment to be in a relationship or you’re too picky.” 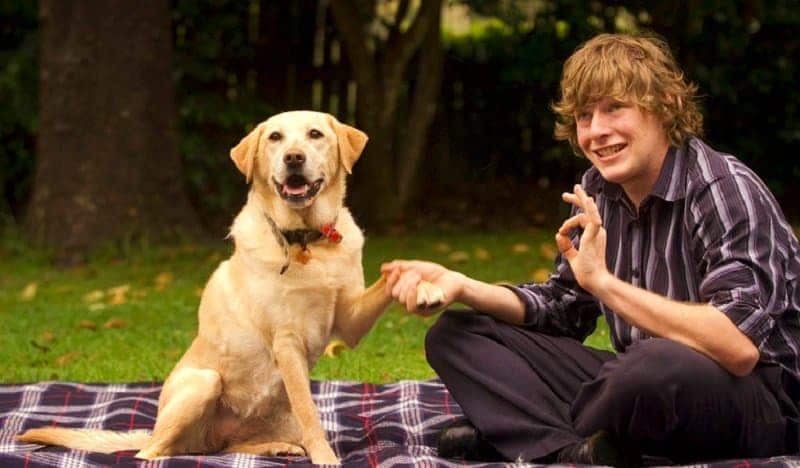 Dogs are often considered man’s best friends and they are arguably the most popular choice of pet in the world. They offer companionship and loyalty, something that Australian man Joseph Guiso thought were the perfect ingredients for a wife. He married his Labrador Honey in front of 30 of his closest friends and family. Joseph was insistent that he and Honey had never engaged in any sexual activity, instead they were simply committed friends. 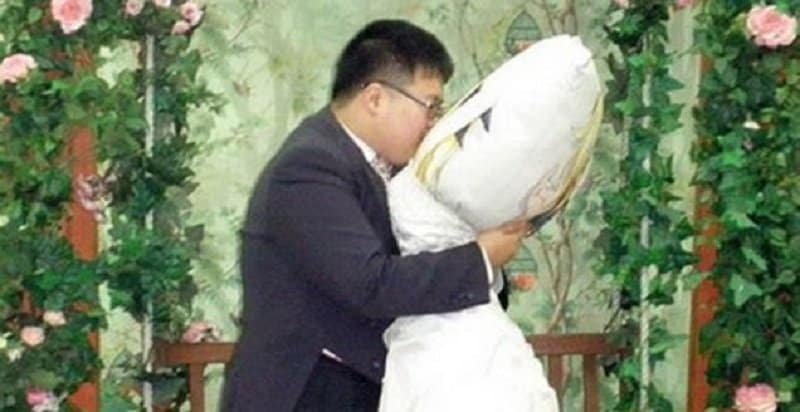 As far as inanimate objects go, a pillow is probably one of the best to marry. They are designed to be soft and cuddly by nature and so could provide comfort to a person. Lee Jin-gyu, a South Korean man, clearly felt that way as he decided to wed a rather large pillow in a ceremony in 2010. The pillow itself had the face of an anime character who Lee particularly liked. 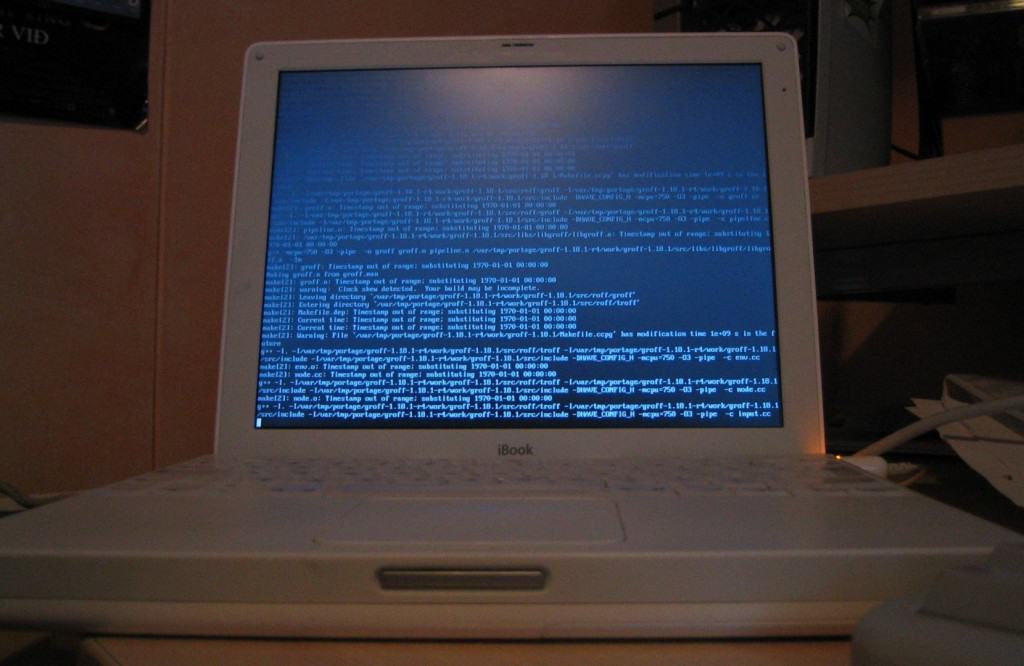 Bill Rifka is a psychology student who revealed that he was in a relationship with an iBook when he was 35 years old. He admitted that he felt sexual desire and a longing attraction for computers and laptops in particular, explaining how he would spend time ogling the equipment on sites such as eBay. However, he has remained committed to his iBook throughout all that time, an Apple computer that Bill has given a male personality to. 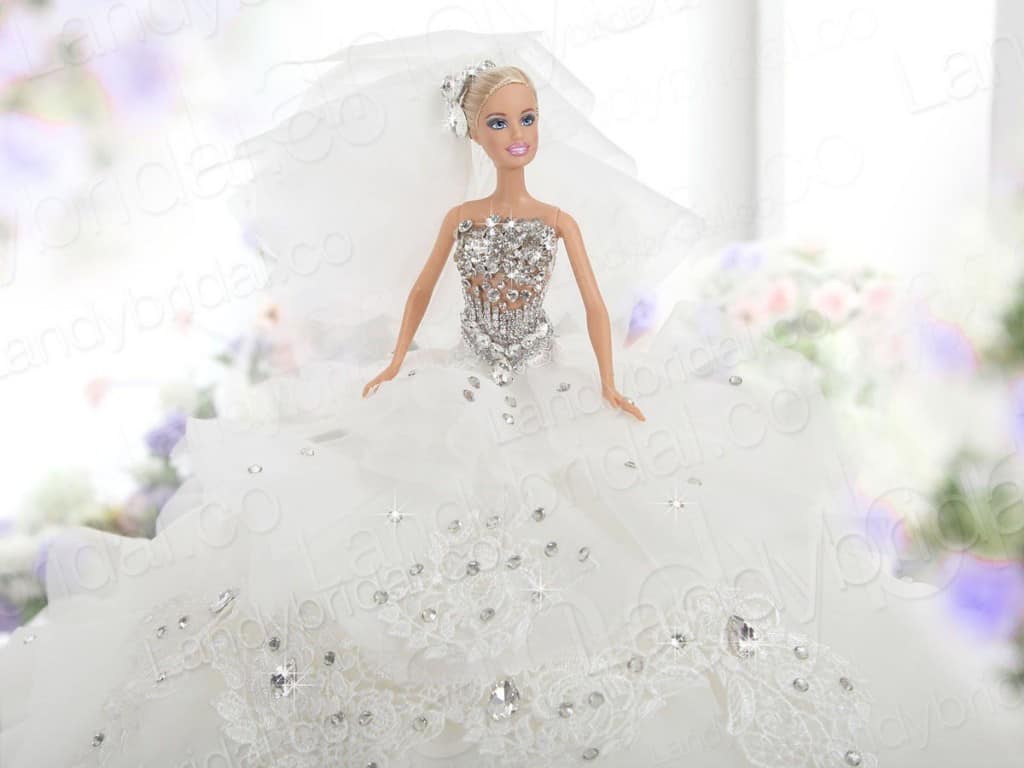 Barbie has become a worldwide phenomenon in the past 50 years and is the toy of choice for millions of young girls. The doll’s popularity, though, is not just restricted to youngsters, as many adults collect the toys or use them for other purposes. Chang His-hsum is unique in that he married a Barbie doll in an elaborate attempt to appease the spirit of his first wife who died some 20 years before. 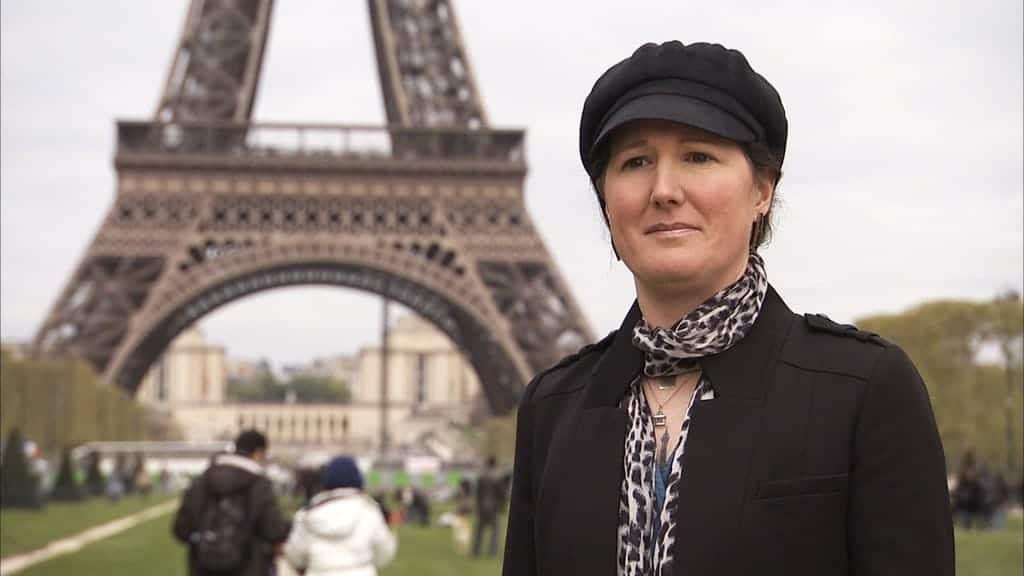 In another instance of a person becoming enamored with a piece of architecture, Erika la Tour Eiffel married the Eiffel Tower in 2007 and even changed her name so that she can be known as Mrs. Eiffel Tower. She also spends much of her time trying to raise awareness of Object Sexuality, a fetish that involves sexual desires and actions with inanimate objects. 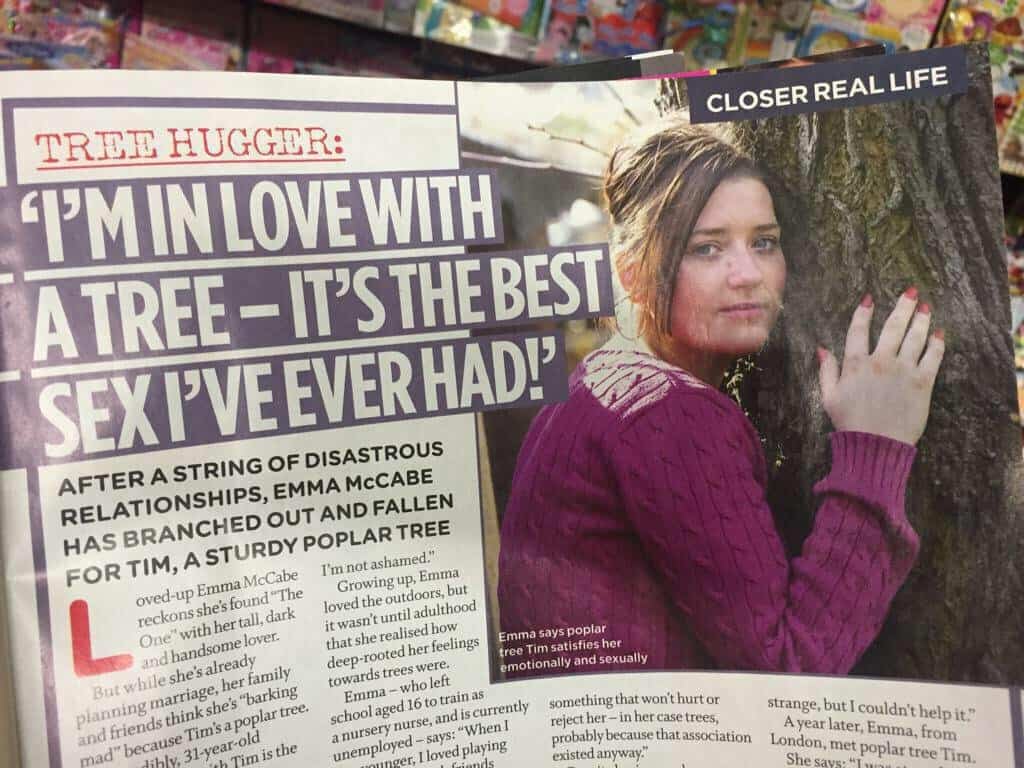 Everyone has heard of tree huggers, those people who want to protect the environment and love nature as much as any person. Emma McCabe went one step further, though, when she decided to get engaged to a tree she named Tim. Experts believe Emma may be suffering from a disorder known as dendrophilia, which causes people to have a deep attraction to trees. This woman doesn’t just plan to marry Tim though, she claims to have regular sexual intercourse with the tree as well. 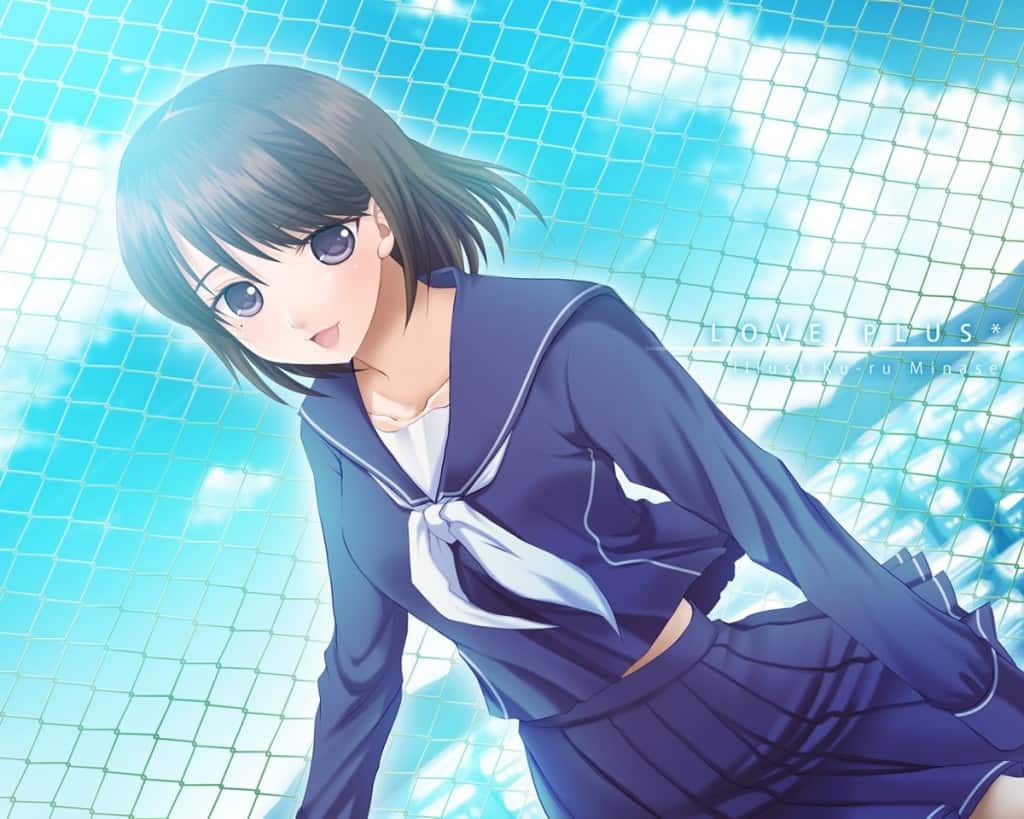 In 2009, a 27-year-old man from Tokyo decided to marry a virtual woman from the game Love Plus for the Nintendo DS. The character was Nene Anegasaki, an avatar that communicates with players, flirts with them and essentially nurtures a virtual relationship. The man, known only as Sal9000, wed Nene in a ceremony that consisted of 30 of his friends and a live stream over the internet. “I love this character, not a machine,” said Sal, when asked about the marriage. “I understand 100 percent that this is a game. I understand very well that I cannot marry her physically or legally.” 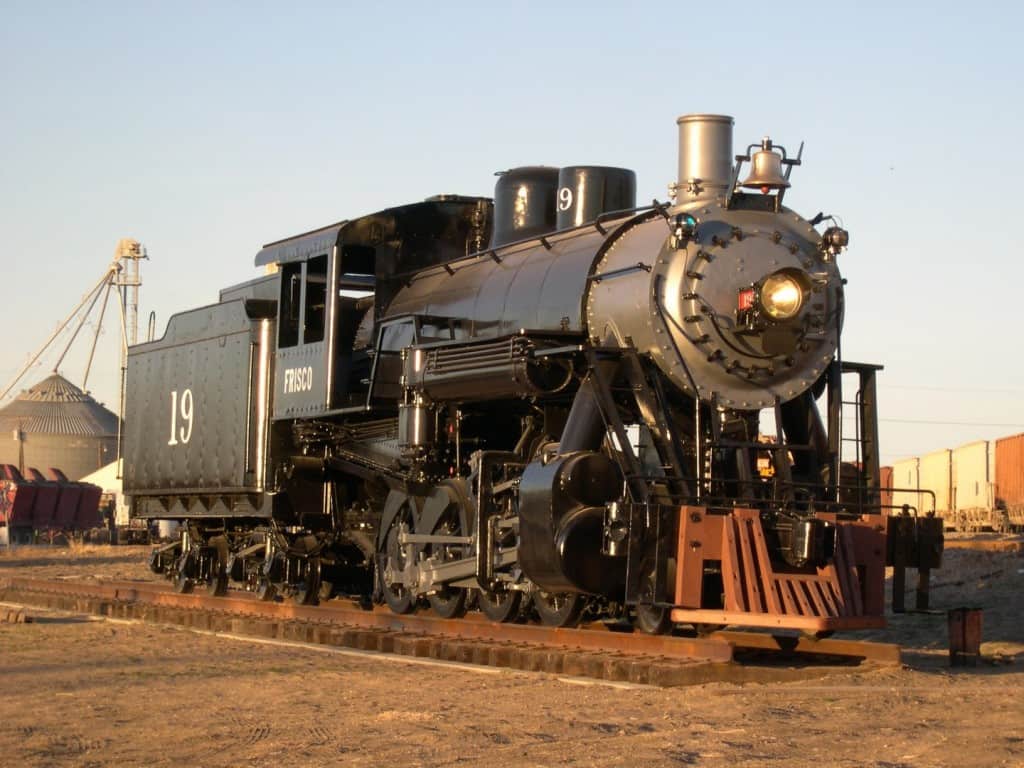 Like some of the other people on this list, Joachim is a man who has a deep attraction to inanimate objects and items. Throughout his life he had relationships with machines and vehicles but has chosen to settle down with a Steam Engine Train. Although he has admitted to having sexual encounters with other objects, he claims that he and the train have a relationship that is stronger than ever. 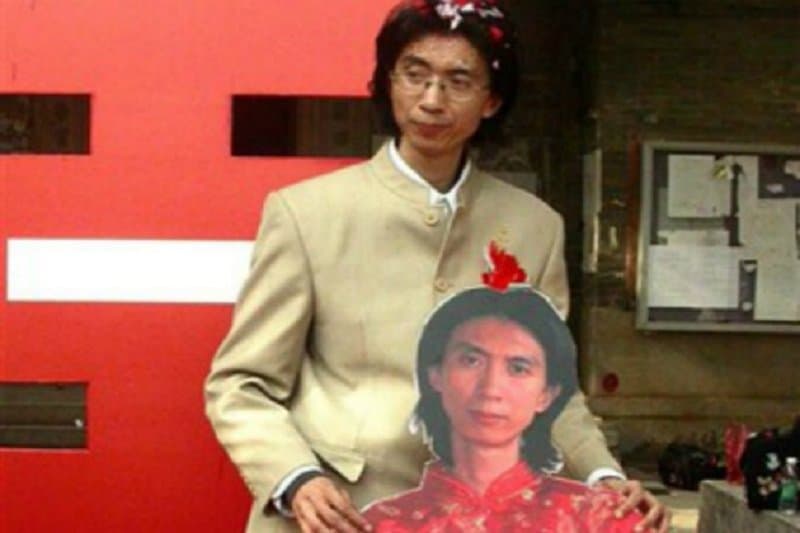 Unlike some of the people in this article who have married themselves in protest or as a way to raise awareness, Liu Ye decided that he would marry a cardboard cut-out featuring his own likeness. Ye never went into detail about exactly why he chose to effectively wed a photograph of himself but he did go through all of the traditional Chinese marriage customs. 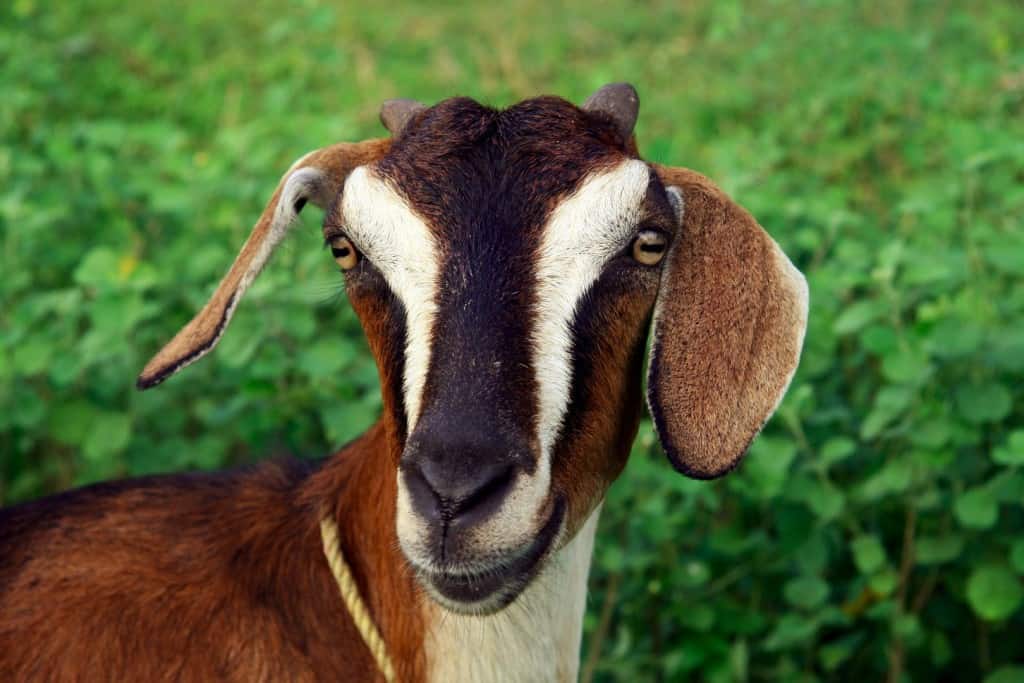 Mr. Tombe is a Sudanese man who was forced to marry a goat in 2006. The man was caught having sex with the goat, which belonged to another man called Mr. Alifi, and was tied up and taken to the village elders so that they could decide his fate. They suggested that rather than involve the police, Mr. Tombe should instead pay a dowry of around $50 to Mr. Alifi and take the goat as his wife because he had behaved as if the goat was his wife. 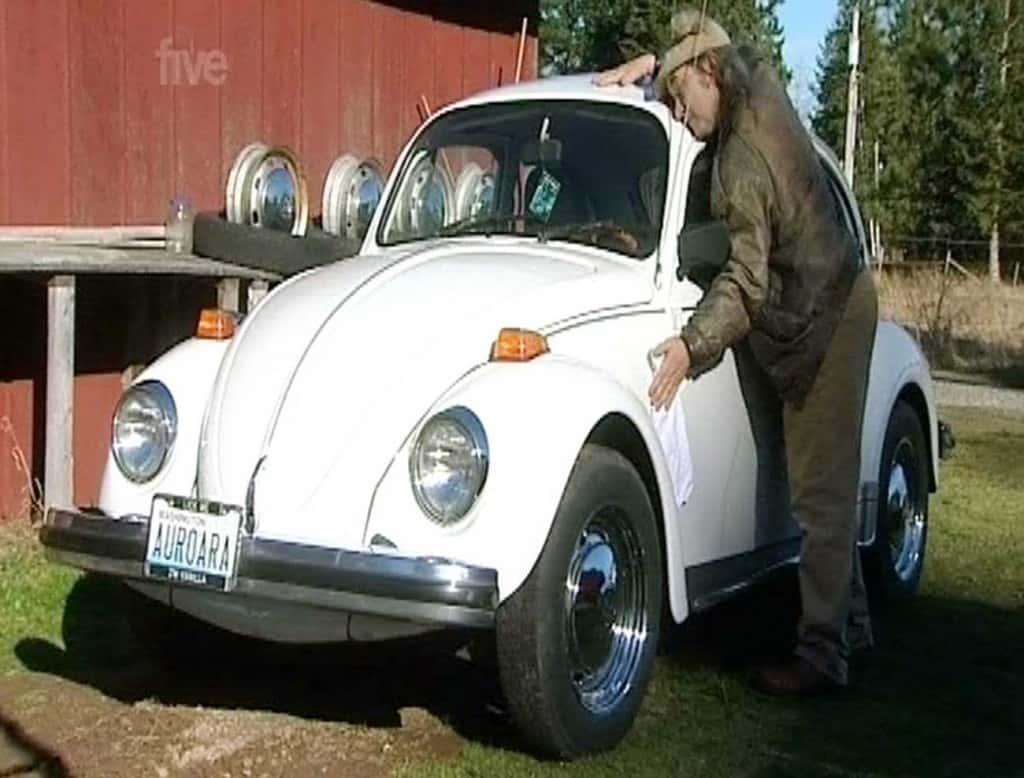 One of the most popular objects for sexual gratification or relationships for those who have Object Sexuality are cars. Many are designed to look sleek and because they are personal items that play a big part in our lives, they can often become items of desire. Edward Smith is one of those who are sexually attracted to cars and he claims to have had sex with more than 1,000 cars. In recent times he has settled down and engaged a Volkswagen Beetle called Vanilla. 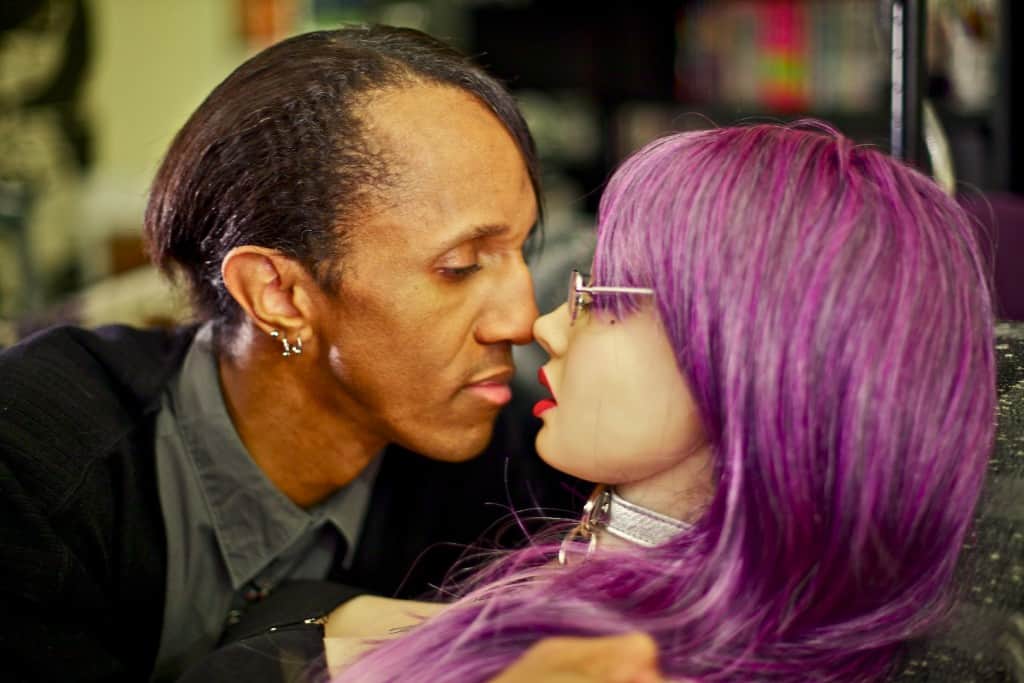 RealDolls are designed to mimic real life human being in appearance, weight and touch and a primarily created to act as sex partners for those who cannot or do not want to enter a relationship with a living person. Many people have taken to not just using the dolls for sex but also entering fully-fledged relationships with them. Davecat is perhaps the most notorious of all of the people who have married RealDolls, and he even lives with another doll that he refers to as his girlfriend. 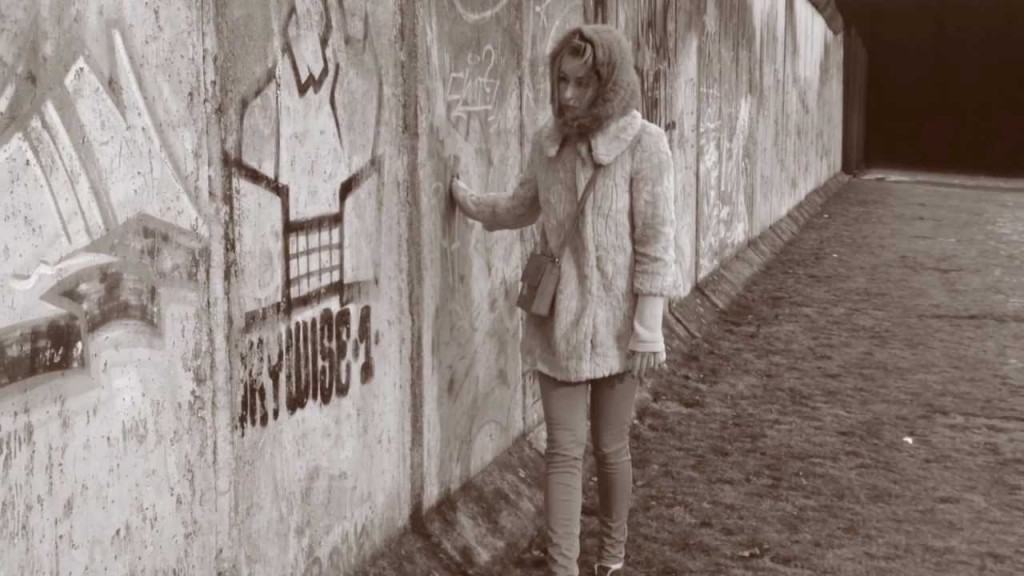 The Berlin Wall is a hugely important object in history thanks to the role it played after World War II in separating East and West Germany during the Cold War. It attracted many visitors and hundreds of people have chipped off pieces of the wall to keep as mementos. Eija-Ritta Berliner-Mauer doesn’t just like the construction for its historical significant but she has actually married the wall due to a deep attraction to it. “I find long, slim things with horizontal lines very sexy,” said Eija-Ritta. “The Great Wall of China’s attractive, but he’s too thick – my husband is sexier.” Unfortunately for the woman, the wall was torn down in 1989, leaving her without her husband. 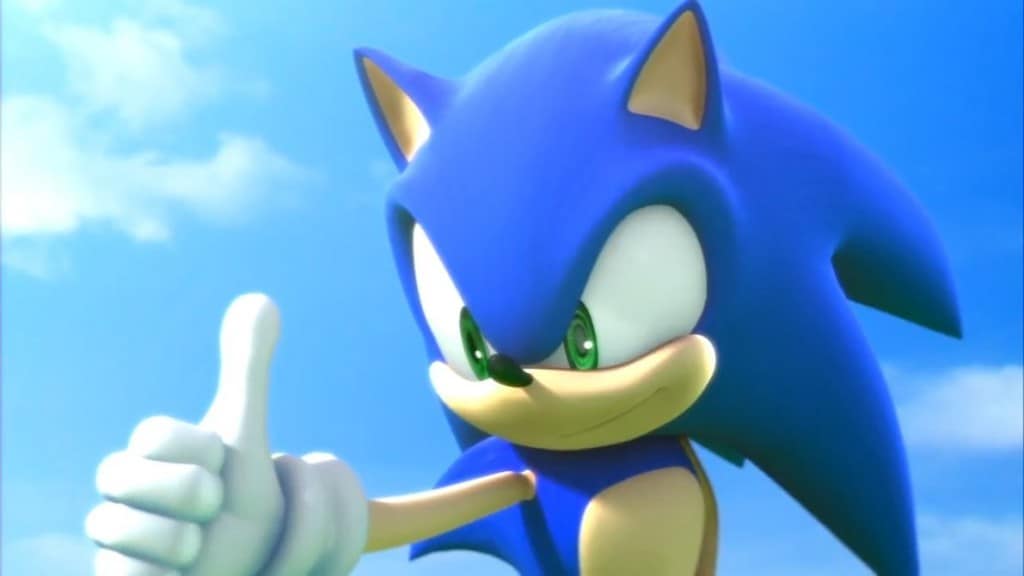 Alix Henriol was an administrator of a forum that claimed to cater to people who have fallen in love with video game characters. She described herself as a woman who was married to the famous blue mascot of Sega, Sonic the Hedgehog, in 2005. She would often describe in great detail her love for the character, giving examples of the fantasies she would have about Sonic. 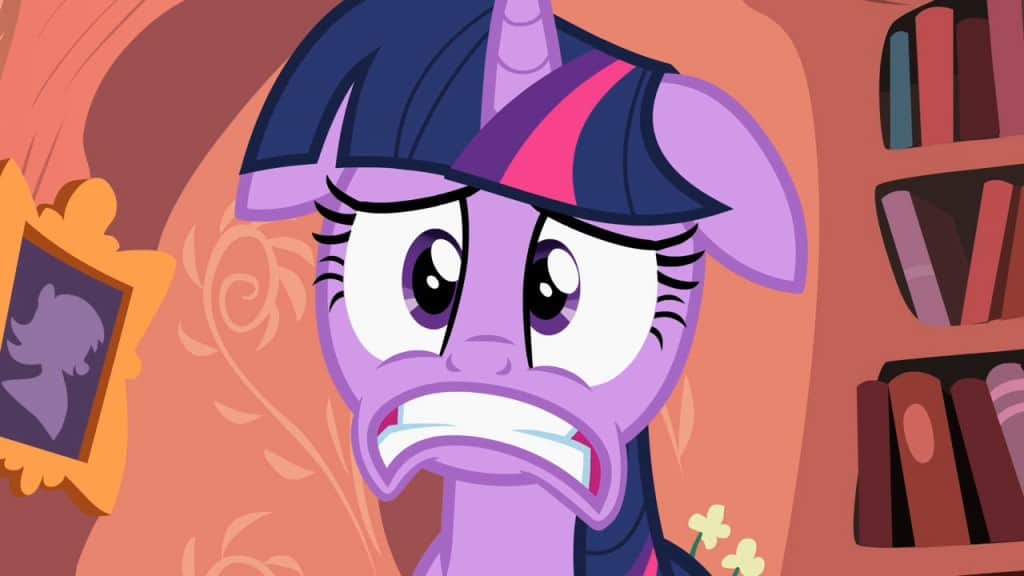 Although intended for children, the My Little Pony television series has led to the creation of a particularly large community of adult fans of the show. Many of them simply enjoy the characters and humor shown in the show but others have taken their love of the ponies to creepy lengths. One of these was an anonymous member of the community who claimed to be in a relationship with the character Twilight Sparkle and intended to marry the pony as soon as possible. 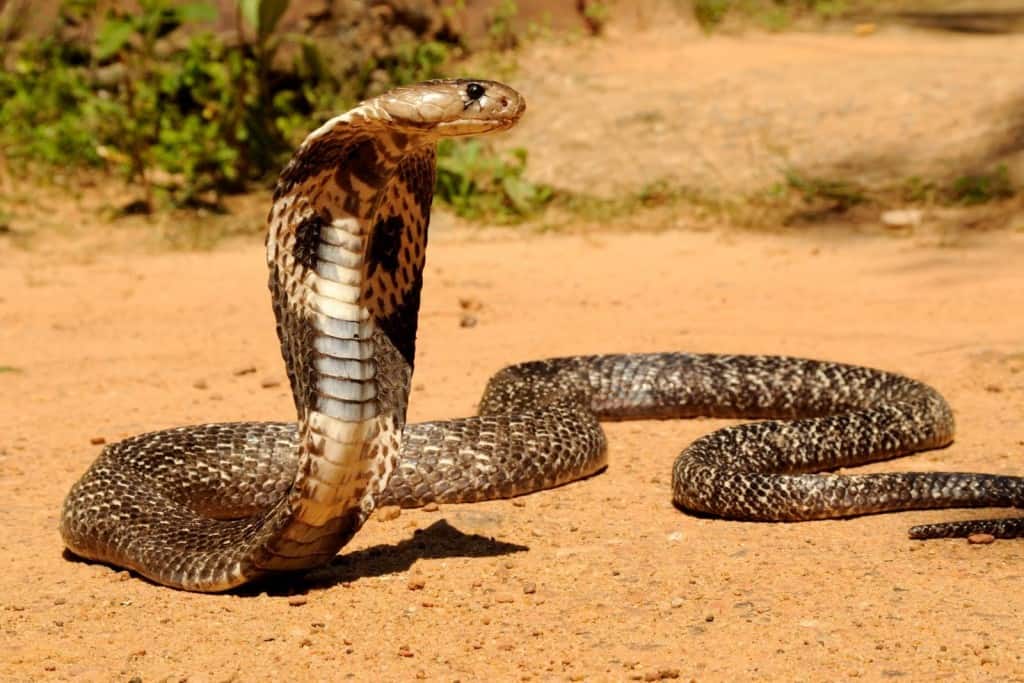 While it is somewhat understandable why so many people have deep feelings for pets such as dogs and cats, it is more difficult to see why anyone would want a serious relationship with other animals. One Hindu woman in India fell in love with a snake and proceeded to marry the animal in 2006 in a ceremony that included more than 2,000 people. 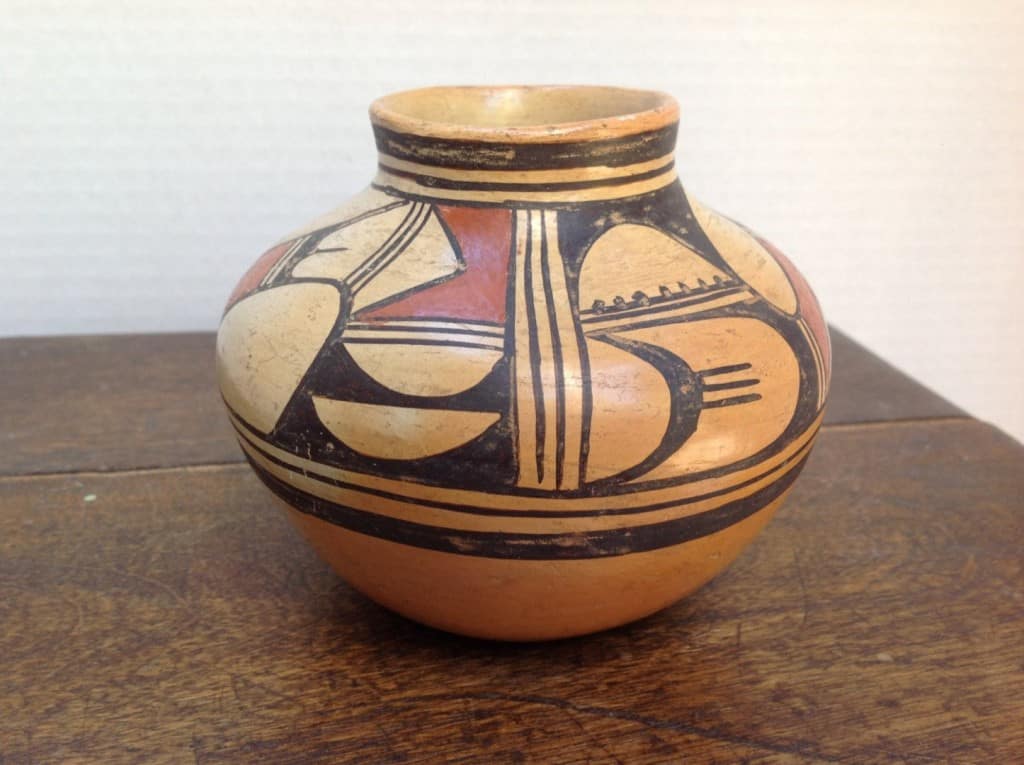 An Indian woman named Salvita took part in a wedding ceremony in 2005 in which she married a large clay pot. She was due to marry a police officer by the name of Chaman Singh but he was delayed because of an emergency at work. Not wanting the lavish ceremony, food and drink to go to waste, her family persuaded her to instead substitute the groom with a clay plot, with the face of Chaman placed on top of it to represent her husband. 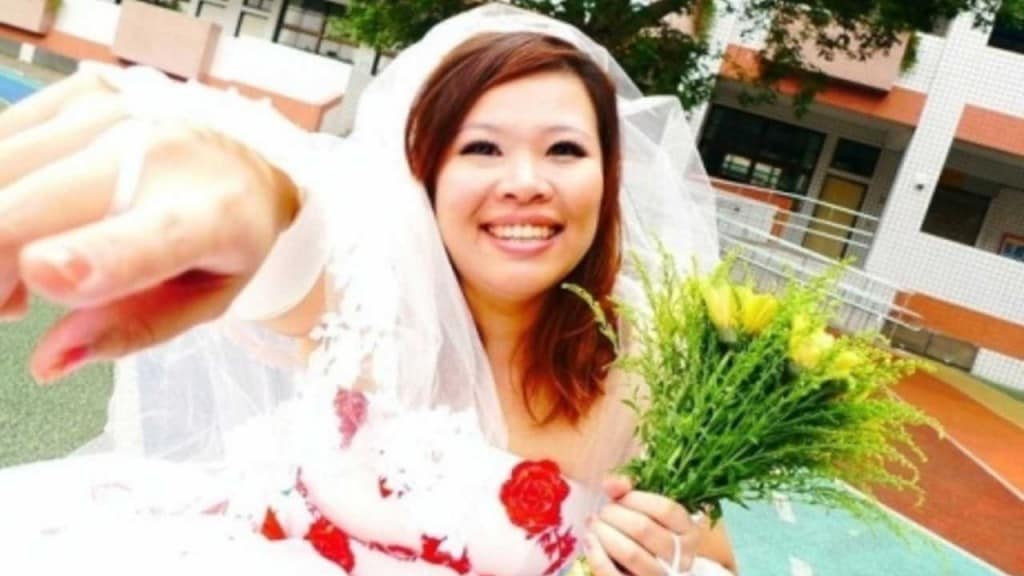 When Chen Wei Yih, a 30-year-old Taiwanese woman, was being pressured by her friends and family to get married, she decided that she would go through with a ceremony. However, as she wasn’t in a relationship and she came up with the idea of marrying herself, complete with her friends and family and a flowing white dress. 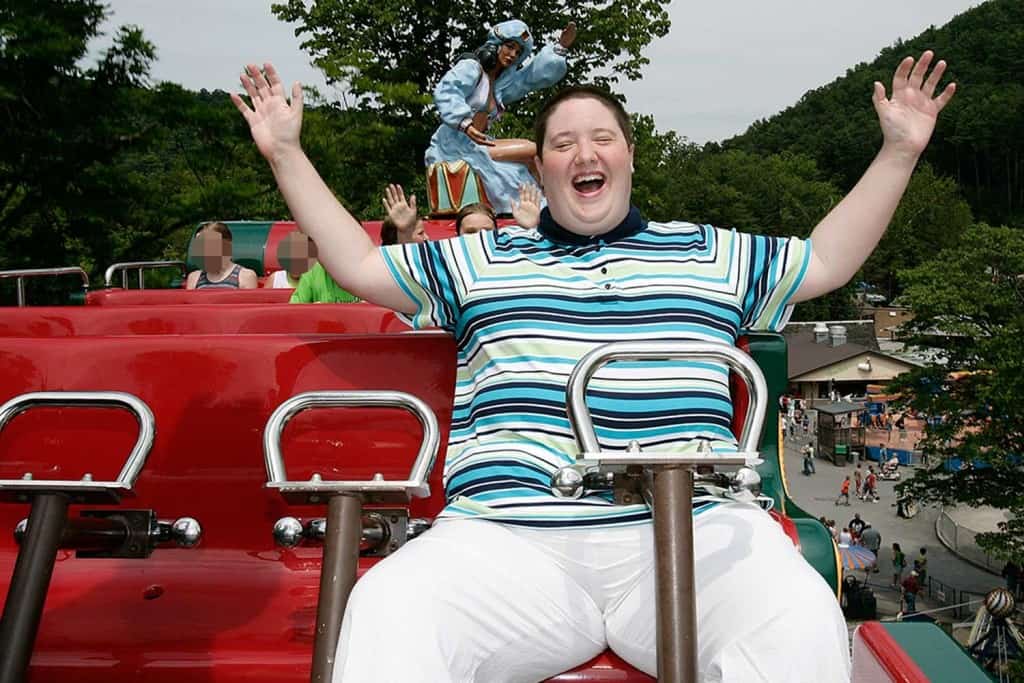 Amy Weber plans to marry a fairground ride that travels around the United States. The ride, called the 1001 Nacht, is a gondola ride that she travels to visit at least 10 times every year. She estimates she had ridden the machine at least 3,000 times. She explained how she kept the attraction between her and the ride a secret from a young age before eventually speaking out about her love in recent years. She stated: “I wasn’t freaked out, as it just felt so natural, but I didn’t tell anyone about it because I knew it wasn’t ‘normal’ to have feelings for a fairground ride.“