It’s easy to have rose-colored lenses on when thinking about royalty. If we’re talking about modern day, there are plenty of examples that perpetuate the fantasy with massive estates, afternoon tea, and an easy life filled with the finest luxuries we can imagine. But they haven’t all been Princess Diana, the Queen of Jordan, or the Duke and Duchess of Cambridge. A look at history tells quite a different story.

Once upon a time, scandals, murders and the abuse of power ruled the land. So take off your glasses. It wasn’t always great to be the queen, or the recipient of a lavish gift. You’ll be glad you did not live under the rule of these people (or share their castle!)

The King Who Was Made Of Glass 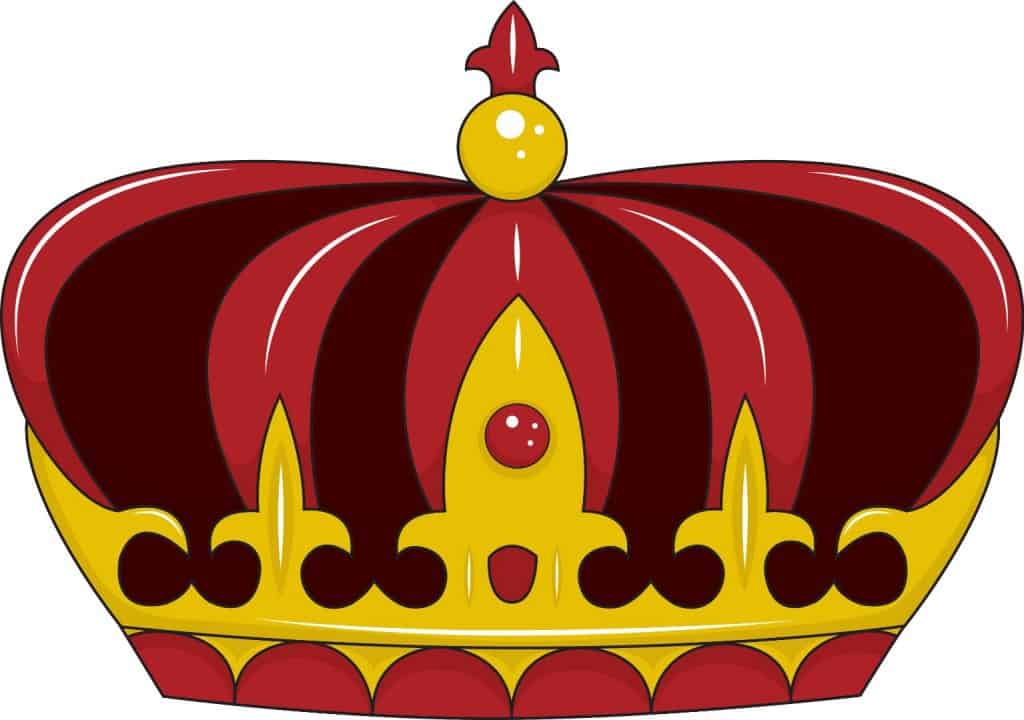 Mental stability would come in handy when ruling a land, so what happens when an insane king takes the thrown? Charles VI of France ruled from 1388 until his death in 1422. Known as “the Beloved” to start, his image was soon tainted after he tried to kill his friend and adviser. Once, while traveling with his army, he went crazy, murdered four of his men, and nearly killed his brother. During his bouts of mental illness, he frequently forgot who his wife and children were and once refused to take a bath or change his clothes for five months. At his lowest point, he could not remember his name or that he was king, and ordered that various devices be constructed to protect his bones, believing that they were made of glass!

Better Without A Father 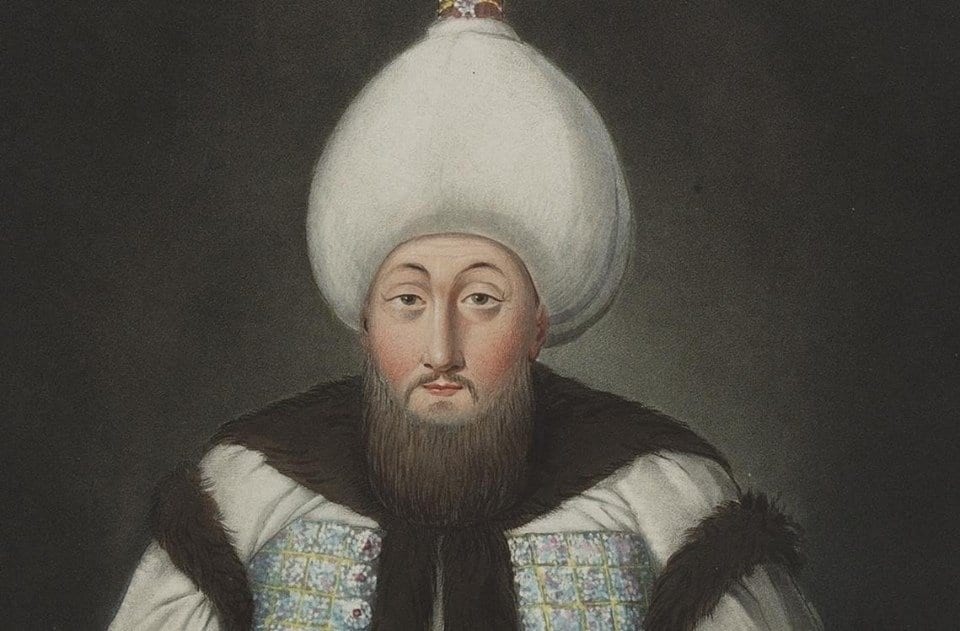 It seems many rulers had a hard time escaping emotional turmoil and Sultan Ibrahim of the Ottoman Empire, who ruled during the 17th century, was one who battled his anger and outrageous impulses, earning him the nickname, “Ibrahim the Mad.” Favoring indulgence, he had a harem of girls and raised eight concubines, one who became his wife. He wanted all Christians in his empire to be exterminated, but the pressures from his ministers forced him to compromise by only killing all Catholic priests. On one occasion, his wife became angry that the Sultan favored one of their slave’s sons more than his own. In a rage, he grabbed his son and threw him into a pool. Fortunately, his son was rescued and lived with only a permanent scar on his head.

Before the Sultan was executed, he ordered 280 of his concubines to be drowned.

Off With Their Heads 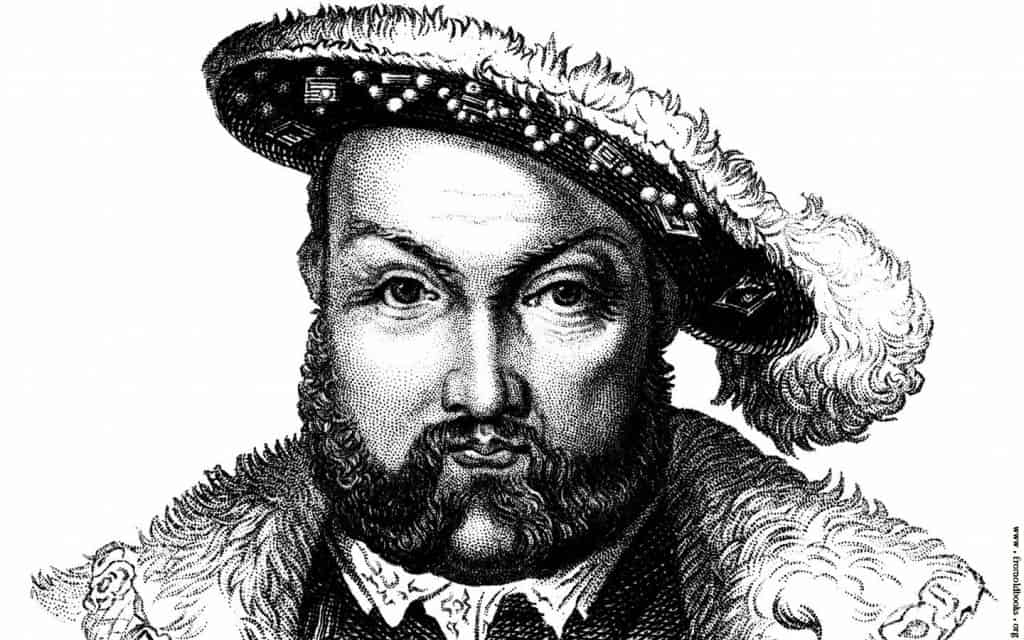 King Henry VIII was an 18 year old virgin when he became king. He married his brother’s widow, Catherine of Aragon, and started his first affair during her pregnancy. Always married and always with a mistress (who would usually later become his wife), King Henry could have left a ‘love ’em and leave ’em’ legacy in the marriage department. He was married six times after all.

But if you were a wife of King Henry, being left was the least of your worries. King Henry’s wives had a 30 percent chance of having their head chopped off due to cockamamie charges brought on by the King. So much for alimony!

Civilians were not out of harm’s way either. During his reign, King Henry had tens of thousands beheaded.

No Thanks, I’m Not Hungry

None may appear crueler that Vlad III, Prince of Wallachia, called “Vlad the Impaler” after his death in 1476. The Romanian ruler gained a frightening reputation in other parts of Europe for his excessive cruel acts and Germany kept his horrifying reputation alive until the mid-1500’s by creating pamphlets for the public that gave details of the King’s hideous acts.

How did he match his hideous reputation? Easy. He removed body parts of women and fed them to their husbands, roasted children and impaled them when finished. It’s believed he left between 40,000-100,000 victims in his wake and also inspired the character for Dracula. Yikes!

The (Not So Kind) Gift Of A Castle 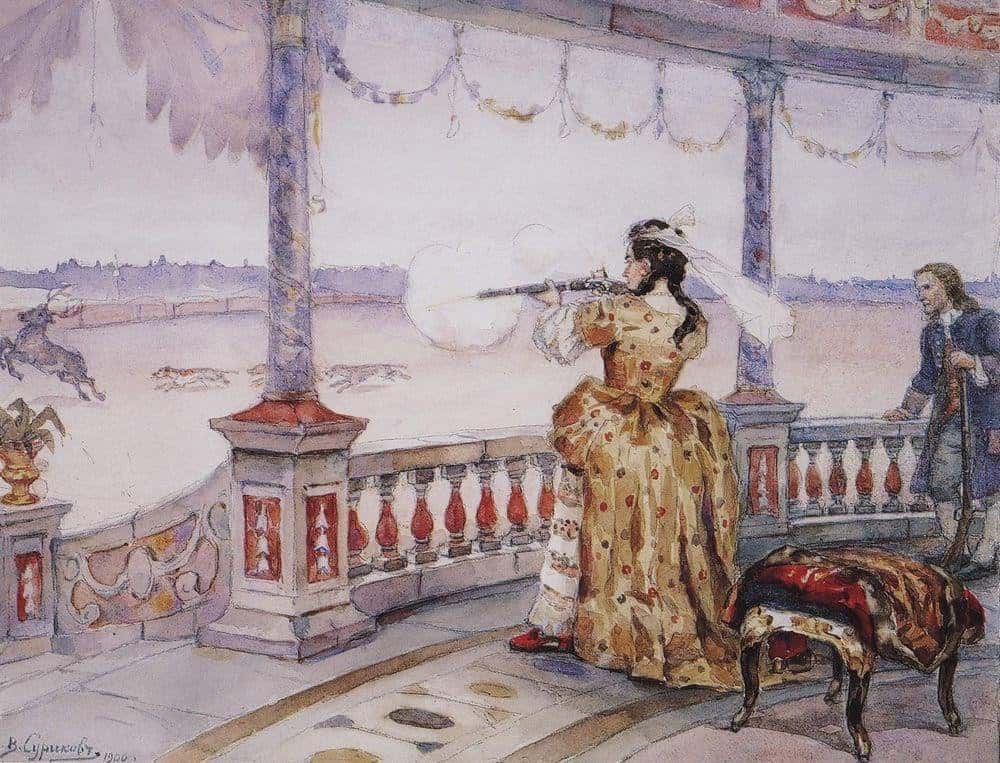 Anna of Russia might be one of the more eclectic and cruel in the history of rulers. Ten years as empress (1730-1740), she left behind a legacy of dishonesty, slavery, and political ruin. That was not the worst of it though. This mentally unstable empress enjoyed her time playing cruel and evil jokes, and exercising her power over others. On one occasion she amused herself by having fire bells rung throughout St. Petersburg just to terrorize the people. Perhaps her cruelest joke was forcing the marriage of an old prince and one of her maids. She had an ice castle built for their wedding and forced them to dress as clowns for the ceremony. After, she tortured them by forcing them to spend their wedding night naked in the ice castle and nearly freeze to death.

Who’s Left When They’re All Dead 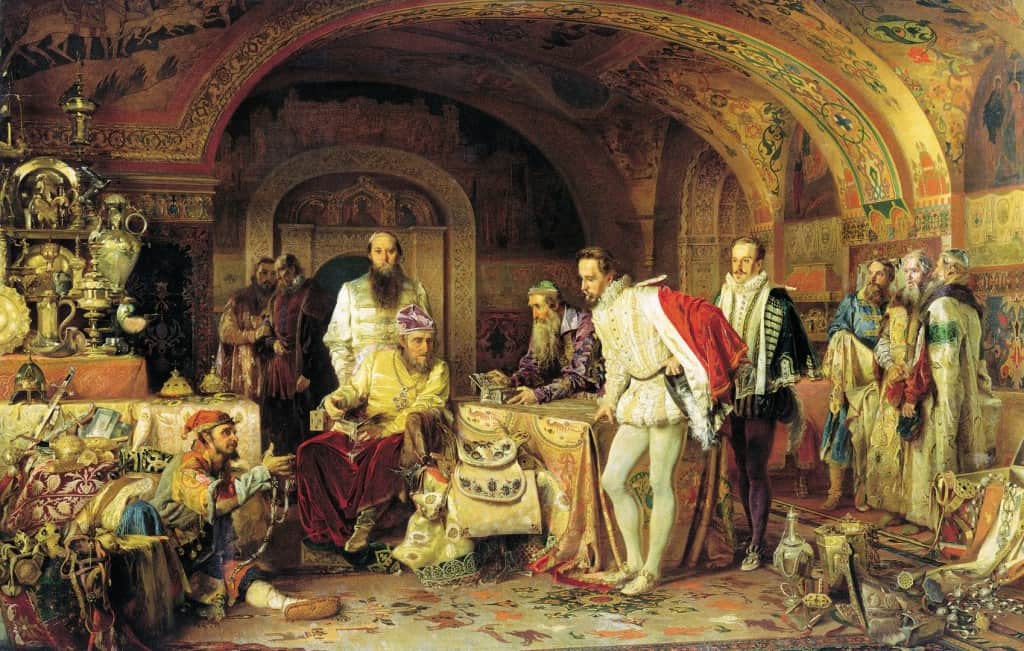 Ivan IV did not get the nickname “Ivan the Terrible” for no reason. He came to power at just three years old and supposedly tortured animals in his youth. After a 50 year reign (1533-1584) as the first tsar of Russia (a title he gave to himself), Ivan left behind a legacy that includes murders by the thousands and the killing of his own son (and heir) in a fitful rage. Once, after becoming enraged, the tyrant tsar beat his son’s wife, who consequently suffered a miscarriage. During his long reign, the tsar had eight wives, several who were killed or sent to prison, likely at his hands.

Center Of The Universe 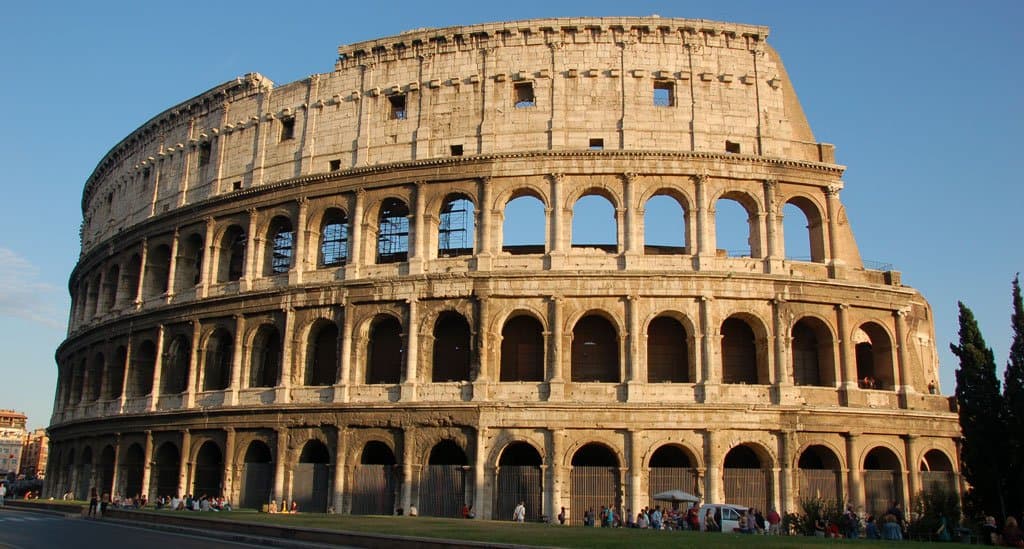 Known for being the worst emperor in Roman History is Caligula, the man who terrorized Rome in the four short years he ruled. After a life-threatening illness, Caligula began to act very strangely and it seems illness brought on a mental disorder. He began to believe he was divine, ordered an altar for himself, and had statues of himself placed in holy places of worship all over Rome. He would have visitors (including senators) kiss his feet and fawn over him, but would turn on them at any moment. Insane murderous streaks, orgies, torture, confiscation of land and the restoration of the treason trials (often on fictitious accounts) were common under Caligula. Once, when they ran out of criminals to feed the lions at Circus Maximus, Caligula ordered everyday citizens to step in the arena so he could continue to watch the bloody feast. It’s no wonder he was killed after four short years.

A Legacy Of Cruelty 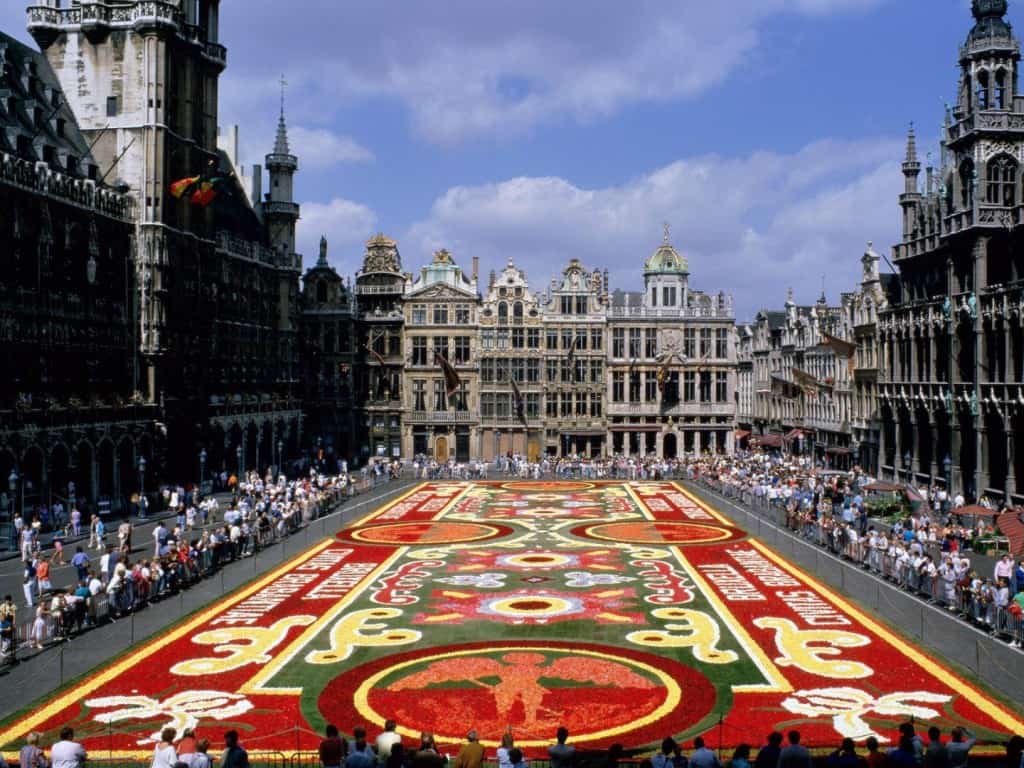 Leopold II became King of Belgium in 1865 when his father died, and leaves behind a legacy of evil, especially in his international dealings with Africa. King Leopold had friends in high places and with the help of the explorer Henry Stanley, his secured the colonization of the Congo Free State in 1885 and set in motion a scheme that would make him richer and claim millions of lives. Enslaved Congolese had everything taken from them as they worked by gunpoint, were held as sex slaves, and were brutally mutilated and murdered. With a death toll that reached into the millions under Leopold’s regime, it’s a shame he wasn’t discovered and stopped until 1905. 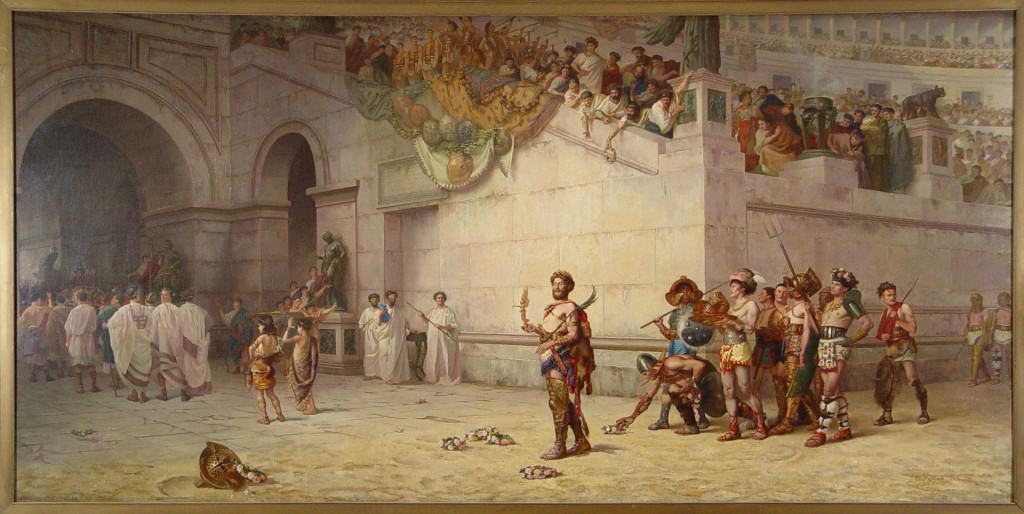 There is no greater example of narcissism than from the Roman emperor, Commodus. It’s hard to believe he was the offspring of Marcus Aurelius, who was one of Rome’s greatest emperors. Commodus used his reign to indulge himself on every front. He renamed the days of the week in his own admiration, wore a decadent cloak of exotic animal furs, and staged events in the arena where he was positioned to “win” while he slaughtered animals and slaves to the adoration of the crowd (who were, no doubt, forced to celebrate his “greatness”), and he payed himself for his appearances in the arena! With hundreds of concubines at his disposal for orgies, and an existence where his every need and whim was met, Commodus lived a life of a mentally ill spoiled brat!

Quite Contrary She Was 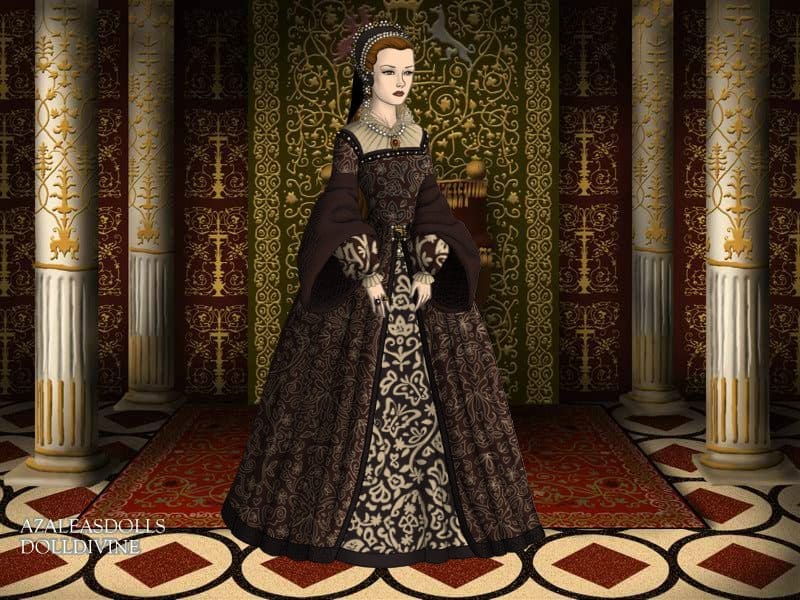 Queen Mary I was the daughter of King Henry VIII and ruled from 1553-1558. In five short years, the devout Catholic earned the name “Bloody Mary” by ordering the execution of hundreds of Protestants under her reign, in an attempt to restore Catholicism. She even had her own sister, Elizabeth, locked away at London Tower on suspicious of knowing about a plot to destroy Mary. With the encouragement of Phillip of Spain, whom Mary wanted to impress (and would later marry), she released Elizabeth. Today, Queen Mary takes credit as the subject of the famous nursery rhyme, Mary Mary Quite Contrary. The ‘garden’ not being one of flowers, but of dead bodies, the ‘silver bells’ and ‘cockle shells’ being torture devices, and the ‘pretty maids’ being guillotines, which were called Maidens at that time.