These 20 Celebrities Just Never Seem To Get Any Older

We all have to grow old overtime. For some of us, this can be quite a daunting thought so we do all we can to keep our youthful looks, from eating a certain way to smearing our faces with age-defying creams. Some of us are quite happy to grow old gracefully. Maybe having a grey beard can be awesome (we’ve always wanted to look like a wizard anyway).

However, there are some people who just never seem to age no matter how many years go by. Here we’ve gathered twenty celebrities who seem to have discarded the ageing process and continue to the look the same age even after a decade or so. We hope you’re not the jealous type.

A lot of people make jokes about how aged actors often play high school kids despite them being in their thirties and forties. But we’re pretty sure the Saved By The Bell star could easily reprise her role and no one would bat an eyelid. 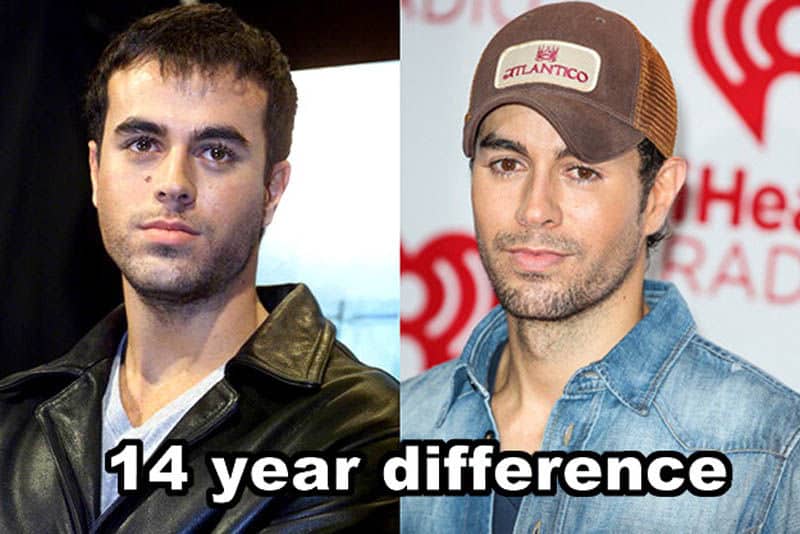 Funnily enough, fourteen years is about the same amount of time it’s taken us to be able to pronounce his name correctly the first time. Now it’ll be another decade and a half before we’ve committed the spelling of it to memory. In the meantime, Mr. Iglesias still won’t have aged a single day. 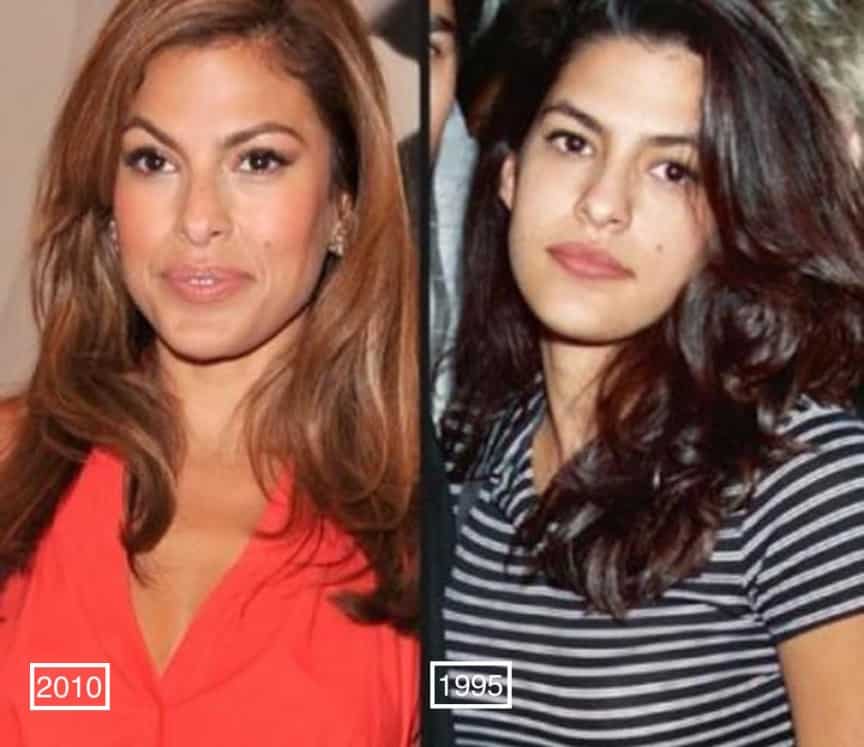 Despite being in her forties now, the 2 Fast 2 Furious star would have no problem passing for much younger. We bet she still gets ID’d when buying booze.

Even though there’s an eighteen year difference between these two photos, John Leguizamo still has a certain sneer about him. We wonder if that’s his secret to youth. Hmmm… 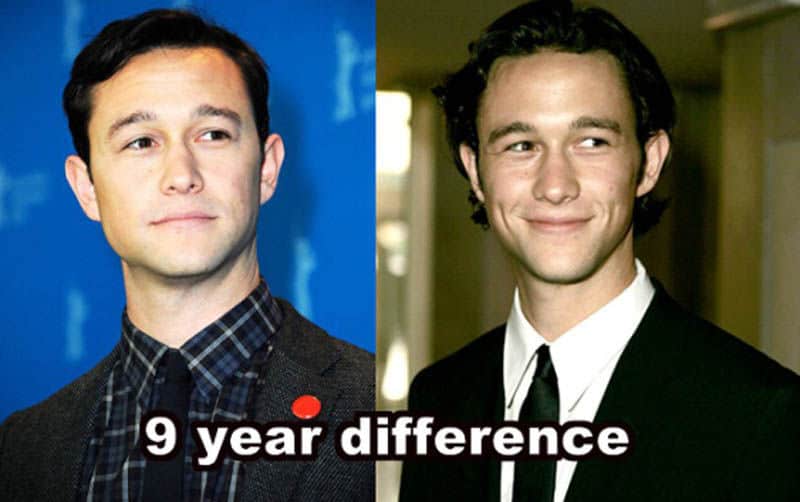 Because he starred in Looper, we’re having a hard time not picturing him looking like a dishevelled Bruce Willis in the near future. This picture kind of puts that thought to rest though. Also, what is he staring at in each of these photos? 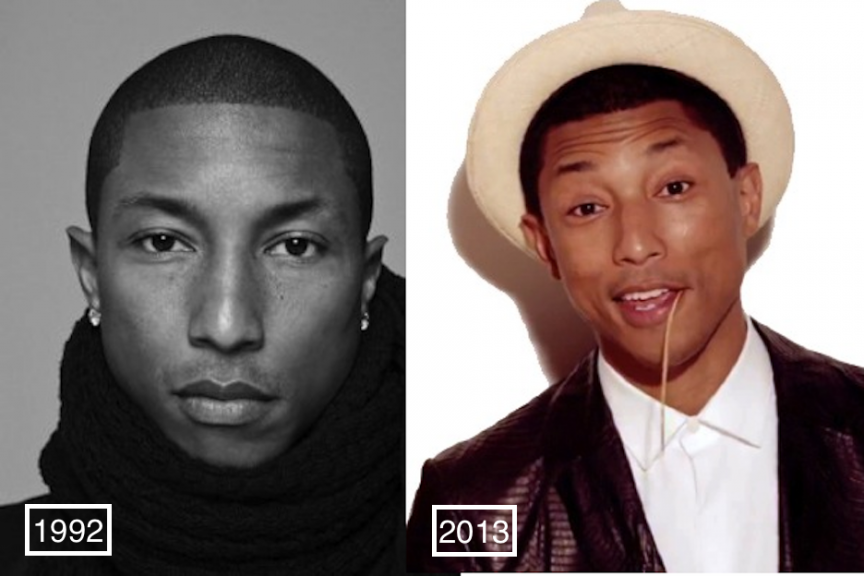 Judging from his Wikipedia page, the singer/songwriter seems to be quite a busy man. You’d think that would have aged him quite a lot. Not so. What’s your secret Mr Williams?? 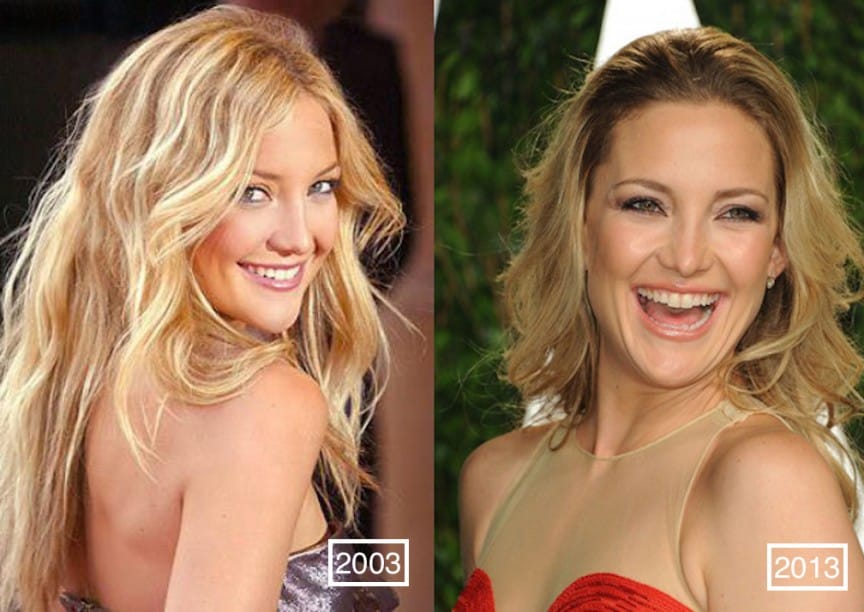 Always with a smile. The 35-year old actress still looks so good even after ten years have passed. Without the year tags in the above images, you’d swear these were taken on the same night. 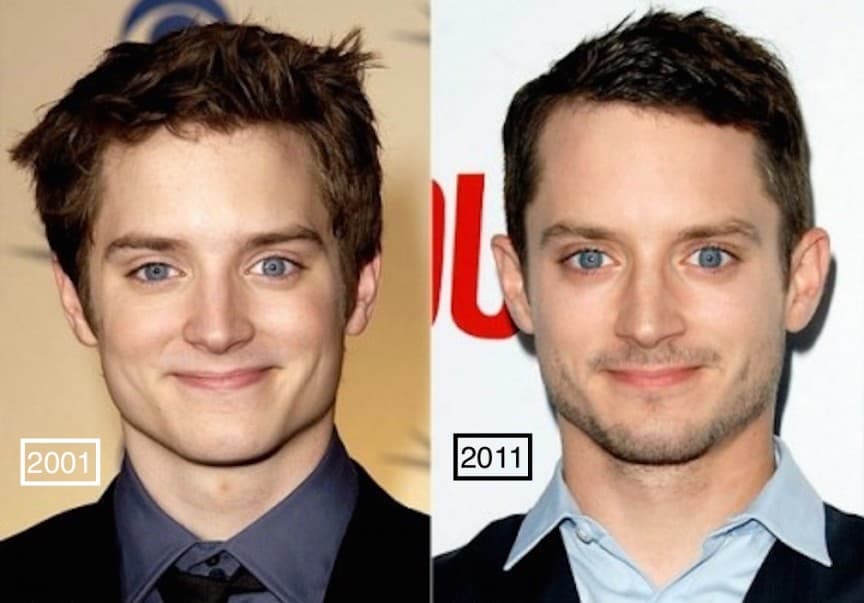 Remove the stubble on the right and there would literally be no way to tell there’s a ten year gap between these two photos. Also, take a look at those piercing eyes. You can’t tell us he doesn’t have some vampire in him somewhere. 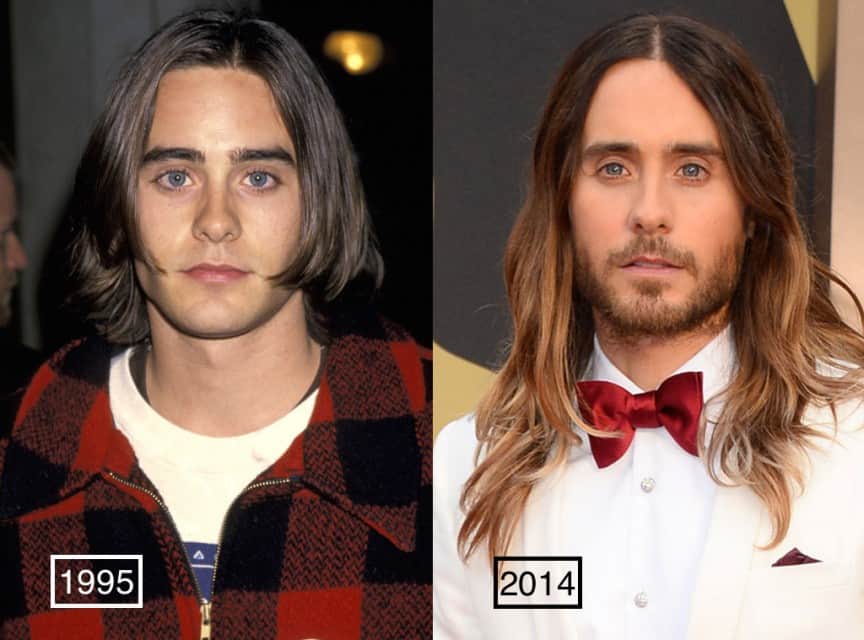 He starred in American Psycho – a film in which Christian Bale is obsessed with his looks and remaining youthful. A role which could have easily gone to Jared here. We also can’t help but notice he looks a little bit like a Kurt Cobain body double in that first picture. 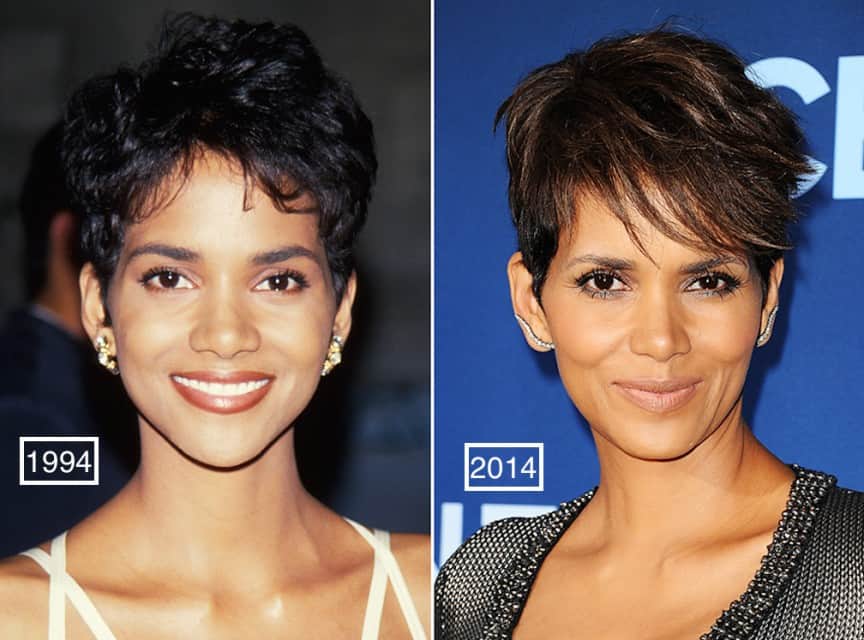 This woman will never not look young. If you had to guess at how old she was, what would you put your money on? If you said anything younger than 48, congratulations you have not yet unlocked the mystery of youth. 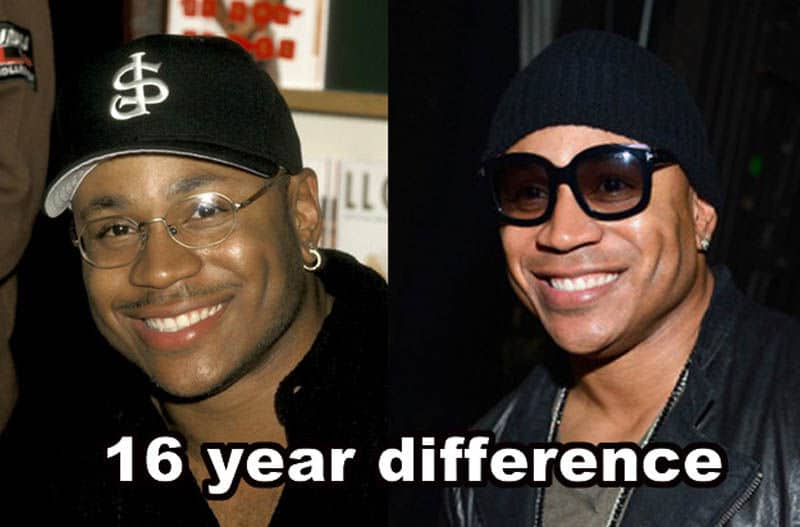 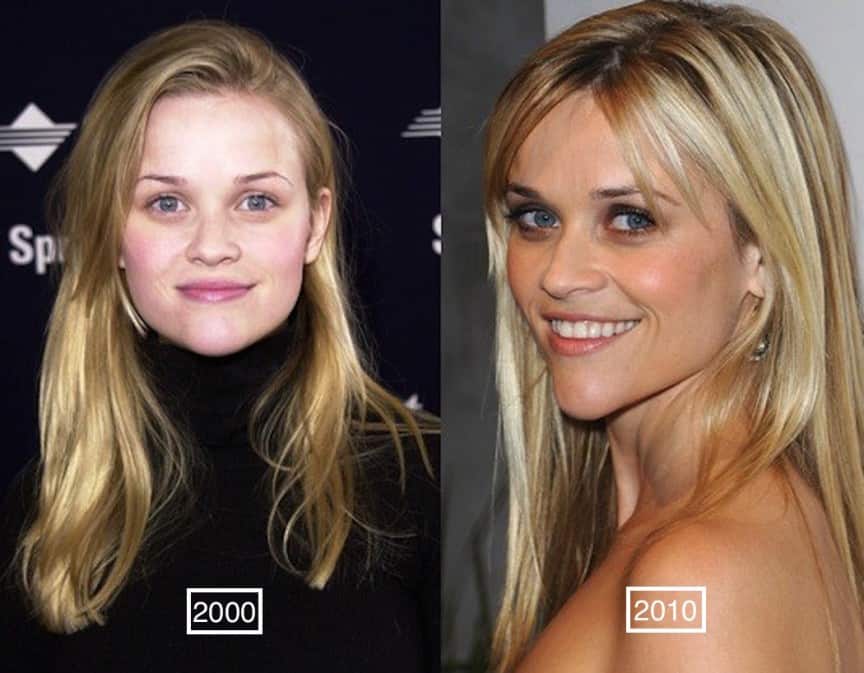 If you were to make an advert that was to show how age can affect your skin after only ten years. this would definitely be the wrong image to use. Some of these celebrities must save a fortune on passport photos. 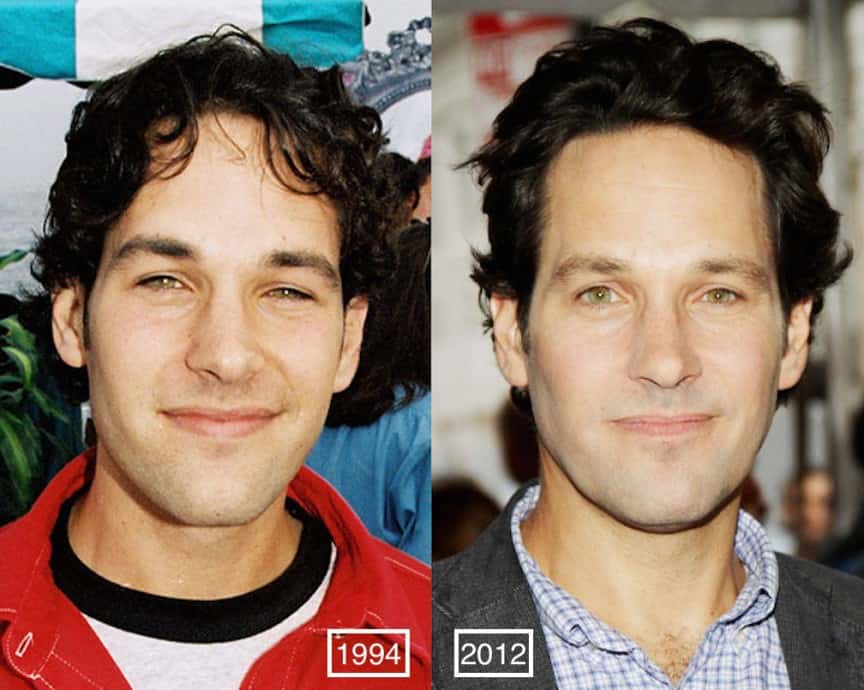 With such a youthful complexion, it’s no wonder the 40-Year Old Virgin star plays a lot of young-at-heart characters. Again, those eyes. He stares right into your soul! 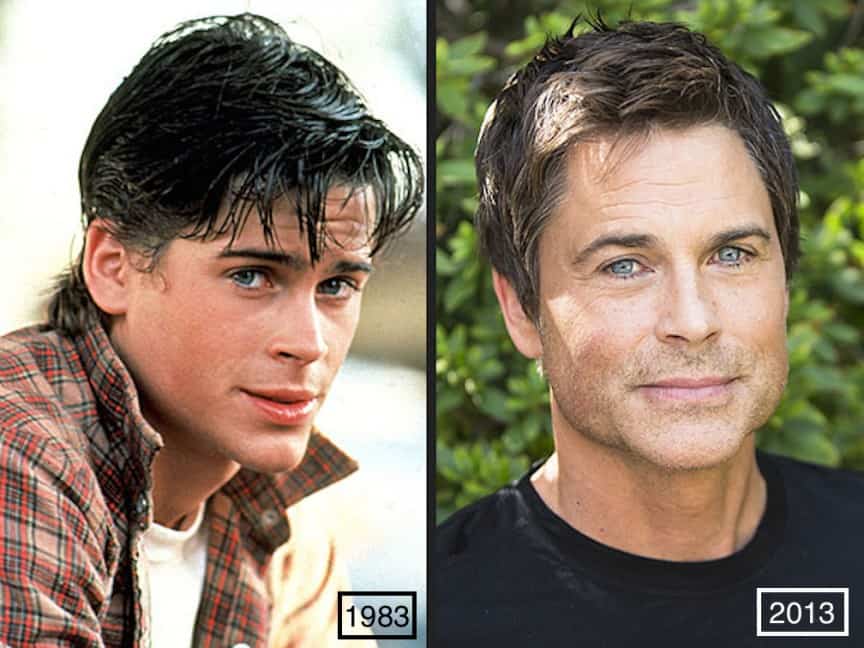 You might look at the above photos of Mr Lowe and think, “actually, he does seem to have aged a little bit.” Then you look at the dates in the corners. That’s thirty years! He didn’t so much swim in the Fountain Of Youth as he did install it in his home plumbing. 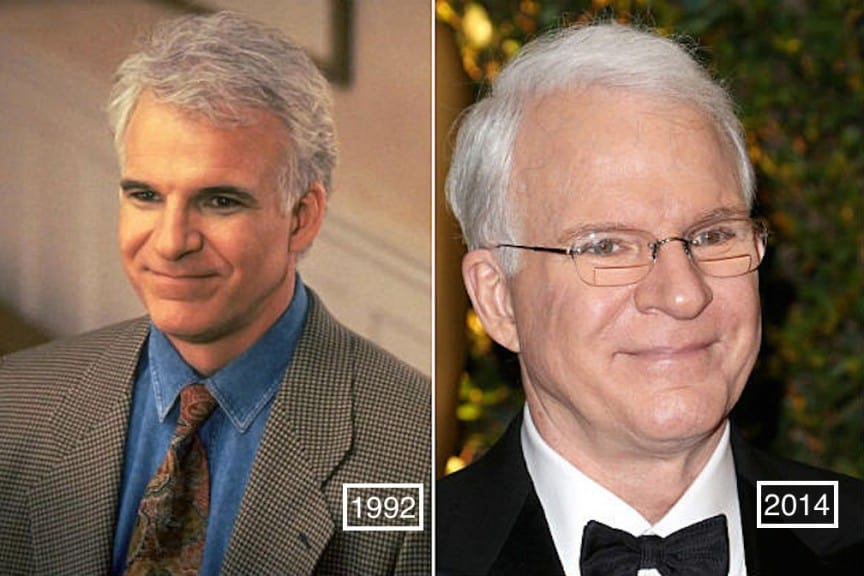 Yes he may wear bifocals now, but you can’t deny that the years have been good to him. He could still pass as your wacky uncle despite being in his late 60’s. Good going Steve.

It’s not so much youth that has blessed the much-loved actor and warmer of hearts. It’s more that he has apparently stayed the exact same age for the last decade or so. Was there ever a time when Morgan looked any other age? 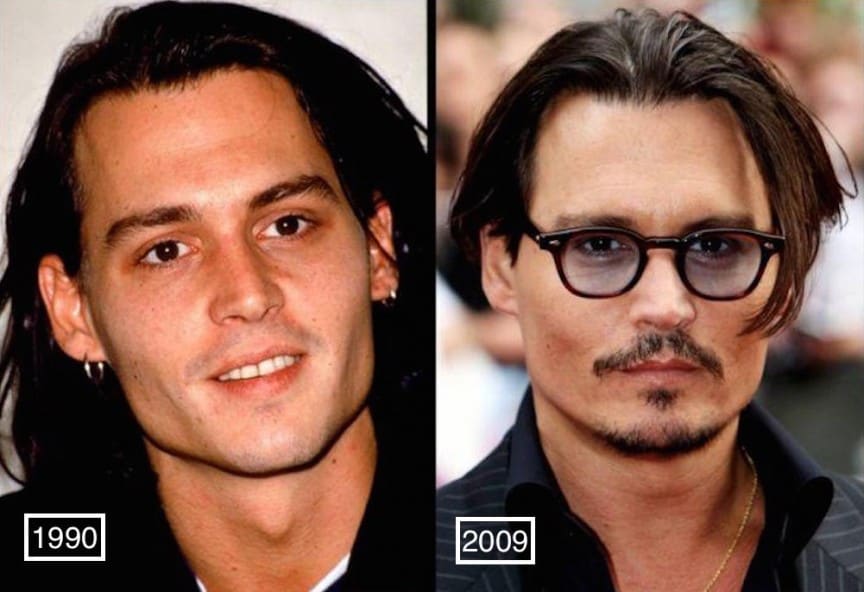 There is nothing more we can say here other than Johnny Depp will always be a heartthrob. In thirty years time, we will fondly think of him the way old people nowadays think of Frank Sinatra or Humphrey Bogart when they were in their prime. 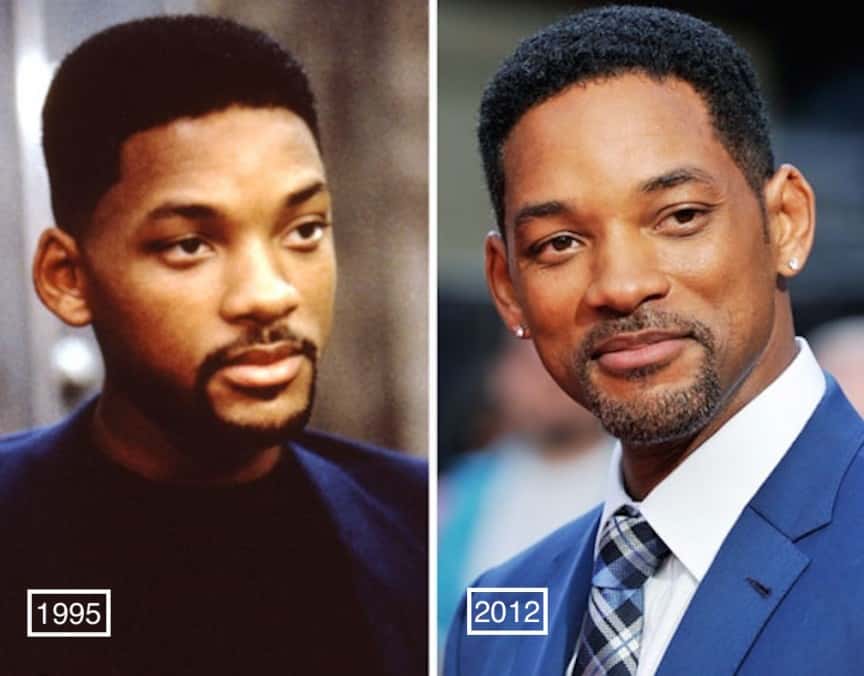 Here’s an interesting fact: Will Smith is now actually older than The Fresh Prince Of Bel-Air‘s Uncle Phil. He doesn’t look it though, does he? 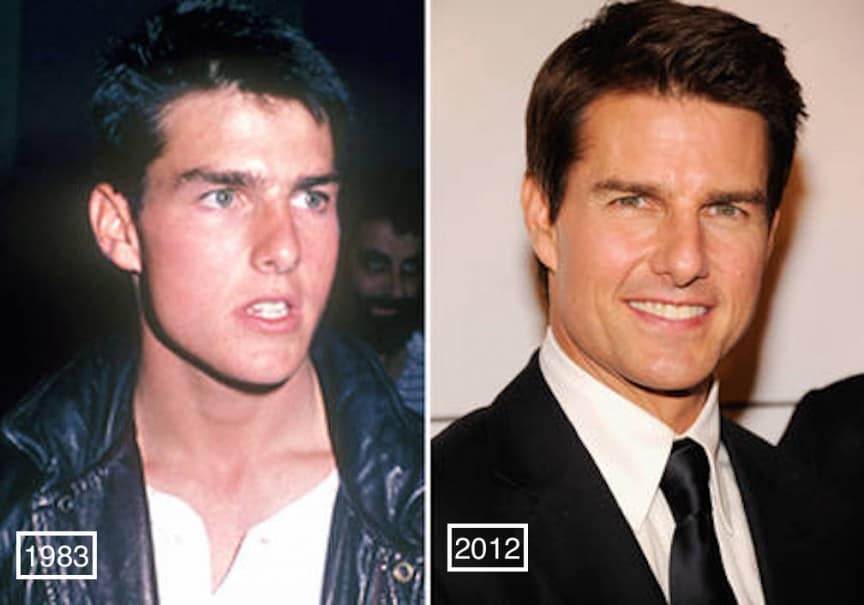 Oh Tom, you’ve come so far in your rise to stardom. You have starred in literally every single blockbuster and every type of genre imaginable. Yet you still look exactly the same as you did nearly three decades ago. Are you, in fact, an alien being blessed with immortality? 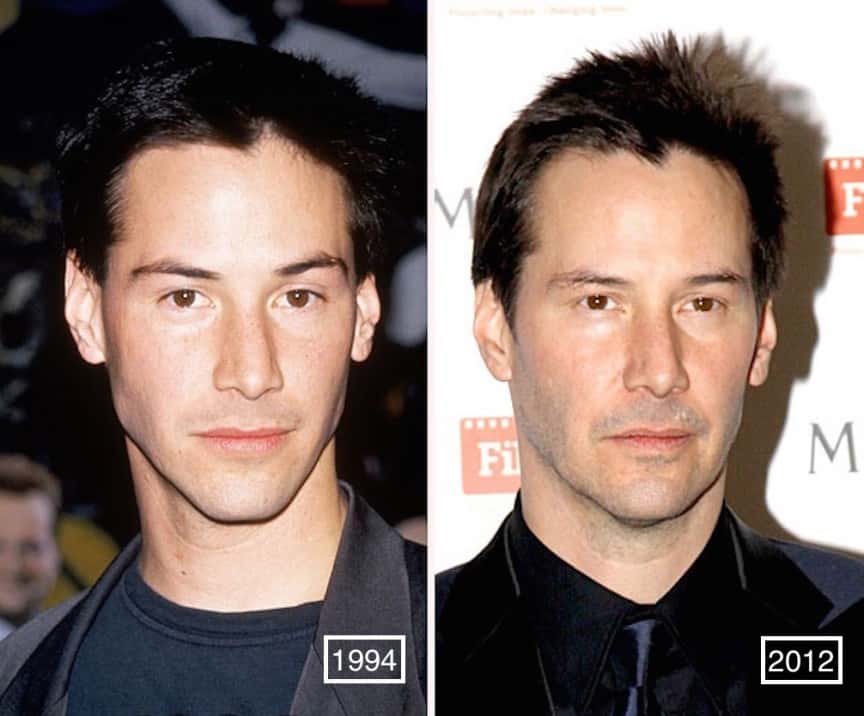 And here we have the head vampire. Keanu has become somewhat of a treasure on the internet recently due to his youthful (and good) looks. He has mastered the art of remaining young well into his fifties. Other celebrities can only look on in wonder and amazement.