Whether you like it or not, you have to accept that some people in the world are just lucky. This might manifest in them getting a good break, landing their dream job or perhaps even winning the lottery. The biggest pieces of luck, though, come in the form of people escaping certain death. Occasionally, individuals are able to avoid serious injury in deadly situations despite the fact that almost anyone else in the same circumstances would have succumbed. While it can be great to hear a story of someone beating the odds, these tales with simply leave you astounded that they lived. 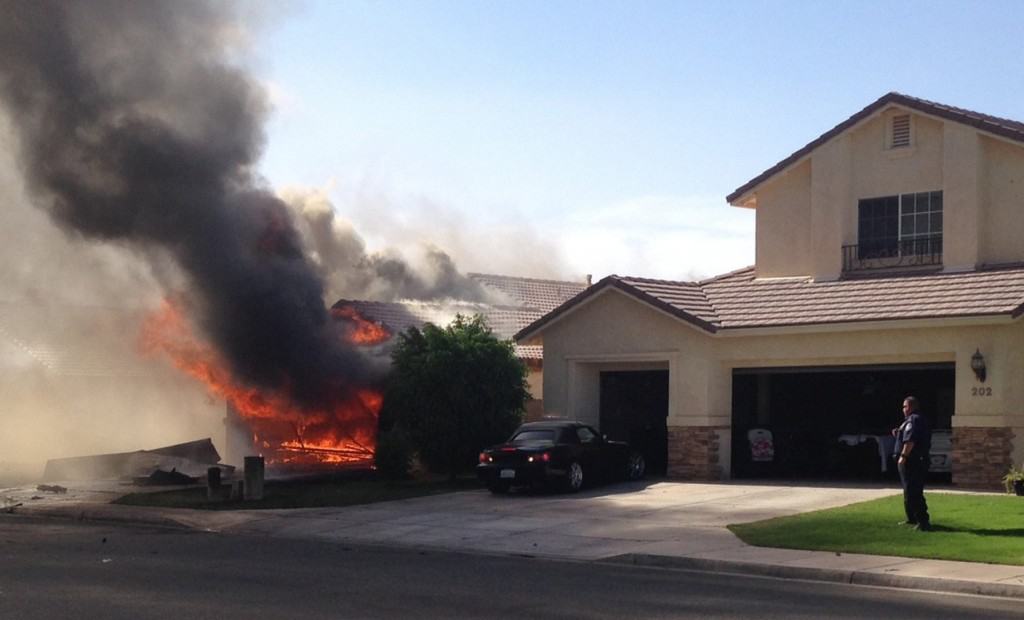 The year 2014 saw a small town in California get a rude wakeup call when a US Marines fighter jet crashed into the neighborhood. Despite the fact that the aircraft was flying at high speeds, contained hundreds of liters of fuel and completely destroyed two houses, no one was actually seriously hurt. The pilot suffered only minor injuries and everyone else involved walked away with just cuts and bruises. 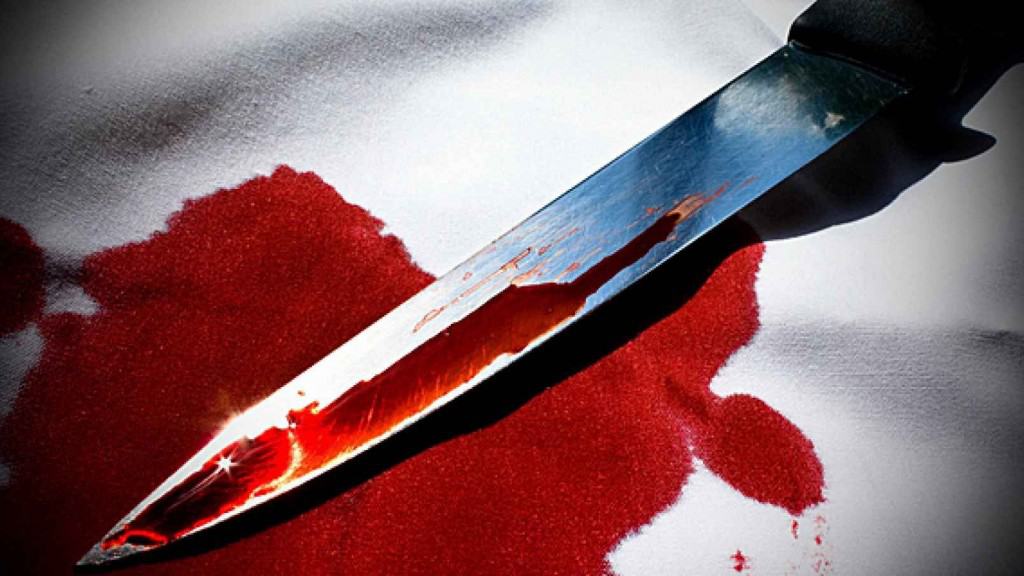 35-year-old woman Alyssa Wilcynski faced almost certain death in 2013 when she was attacked while walking home. The stranger who was following her then proceeded to stab her with a steak knife inside her apartment building, leaving the New Yorker with 40 different stab wounds that included one through her heart. Fortunately, Alyssa was rushed to hospital and survived thanks to the work of medics. 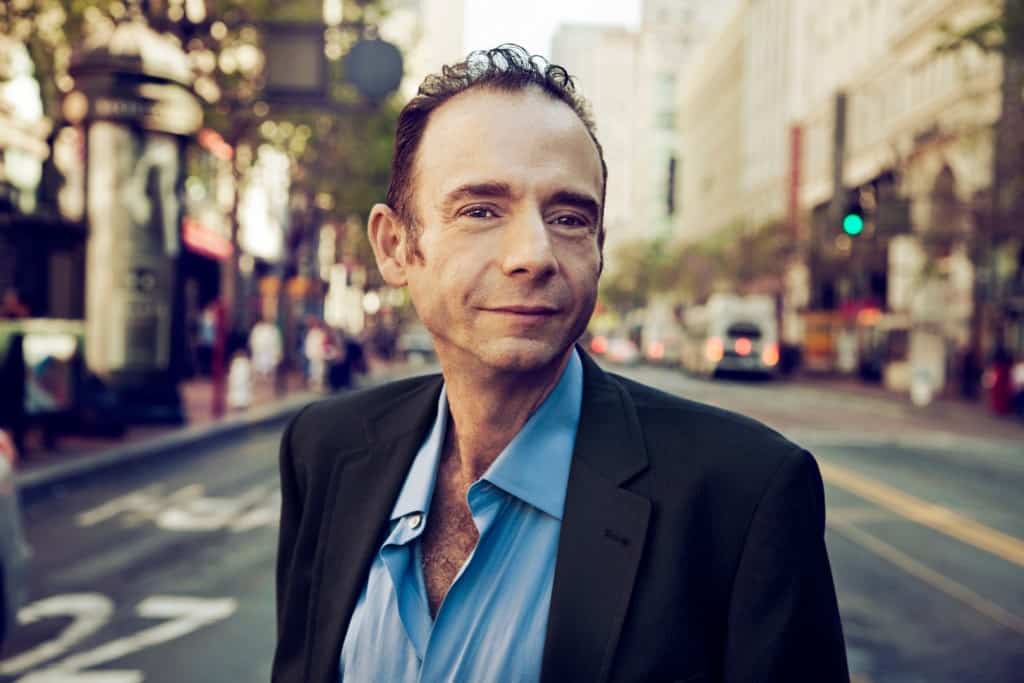 Timothy Brown has become well-known in medical circles due to the fact that he is the first known patient who has been cured of HIV. After a diagnosis of the disease in 1995, he had many different treatments until 2007 when he contracted leukemia. This presented his doctors with a problem and they eventually decided to go with a long shot that could actually kill him, transplanting stem cells that weren’t actually a match but contained a genetic marker that proved resistant to HIV. This effectively cured him of both leukemia and HIV. 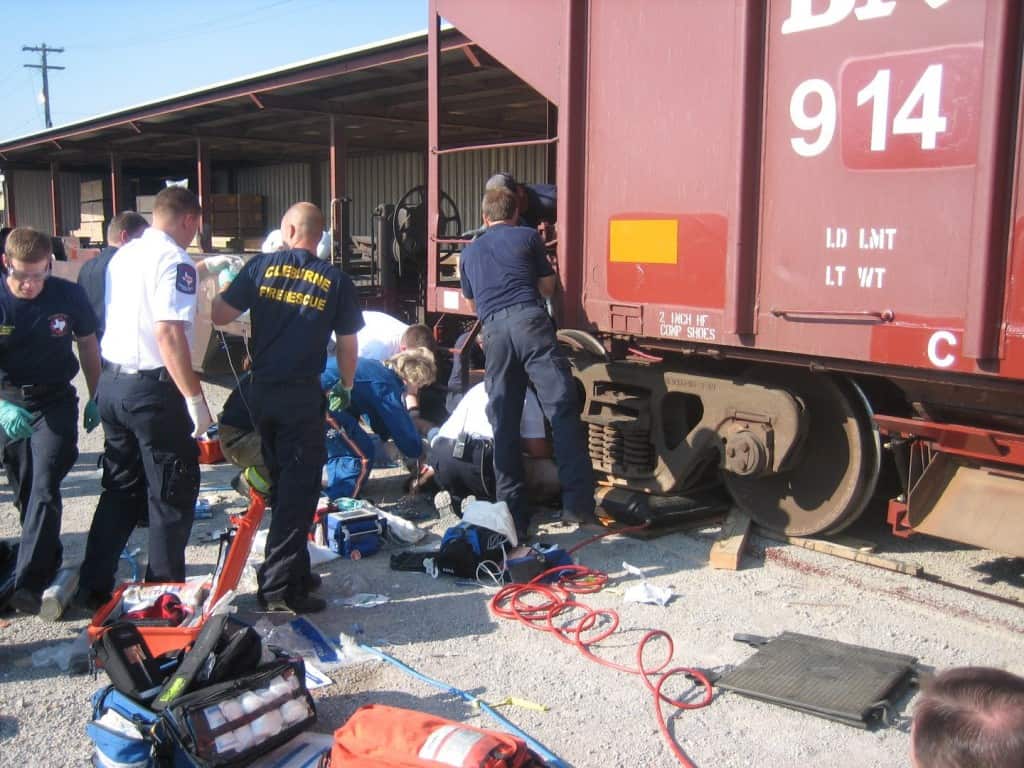 When Truman Duncan fell from the train he was travelling on, he was trapped in the wheel and dragged around 75 feet until the vehicle stopped. The trauma severed his body in half and destroyed several of his internal organs, though he didn’t bleed to death as the weight of the train held the wound shut. After four months, Duncan was able to leave hospital and leave a relatively normal life. 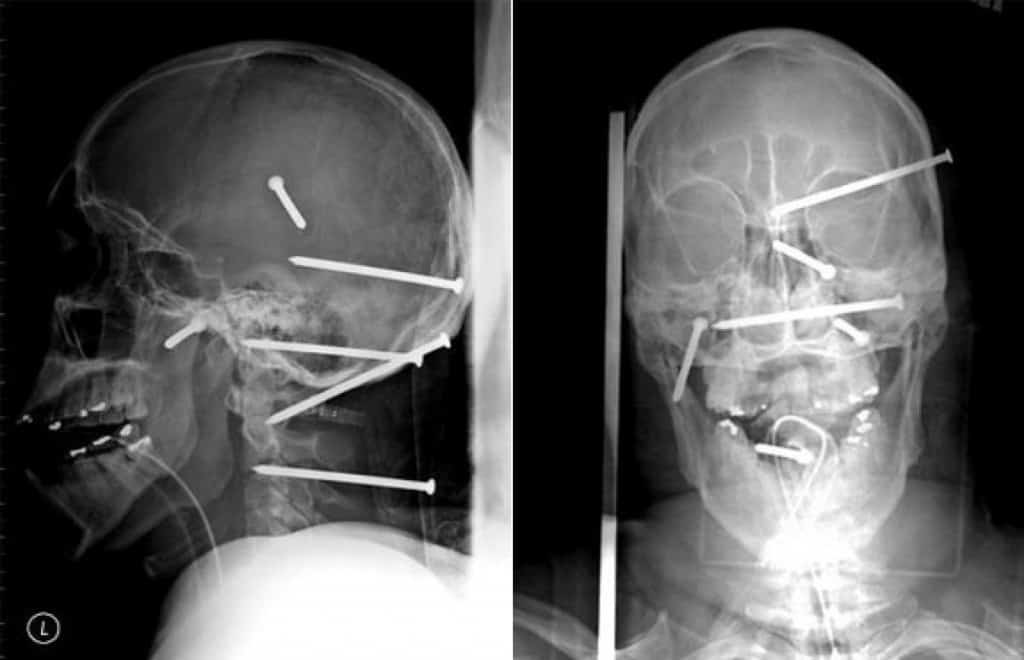 A 33-year-old man from Oregon, who was high on methamphetamine at the time, decided that he wanted to commit suicide. The unidentified male then proceeded to shoot himself in the head several times with a nail gun. When this didn’t kill him as intended, he went to his local hospital where doctors were able to remove the nails with pliers and a drill. 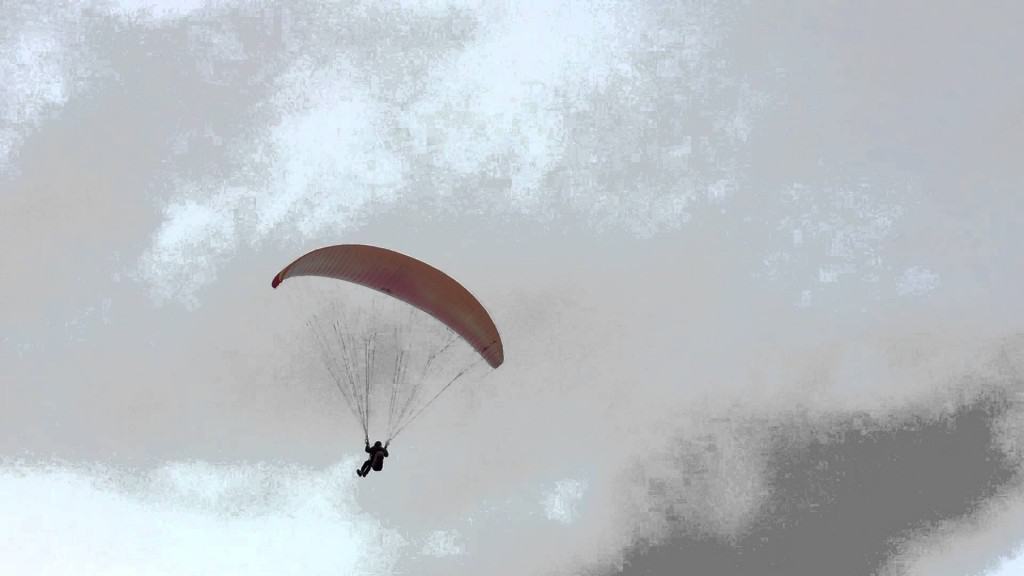 Despite the fact that there was an approaching thunderstorm, Ewa Wiśnierska decided to go out and fly to practice for the German national paragliding team. While out on her training routine, she was trapped in between two thunderstorms and pulled up into a cumulonimbus cloud. During that time, Wiśnierska was subjected to extreme cold weather, put at risk of lightning strikes and struggled to breath due to a lack of oxygen. Although she was taken to almost 33,000 feet and was trapped in the air for three and a half hours, the paraglider landed with only minor injuries. 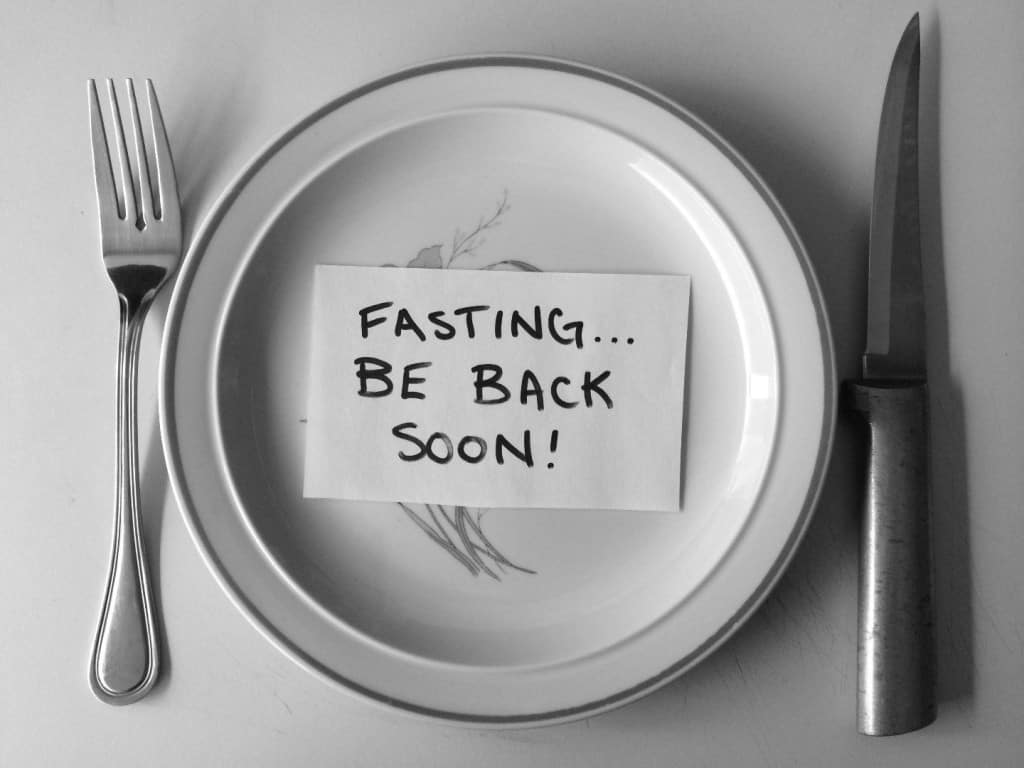 In 1965, a Scottish man who was tired of being obese went to hospital and told medical staff that he was going to fast until he had lost the excess weight. Knowing that he was going to starve himself whether they helped or not, doctors and nurses assisted him. The man didn’t eat for one year and 17 days and his body got all of its energy from breaking down his fat. Despite not eating for such a long period, he suffered no ill effects and lost 125 kilograms. 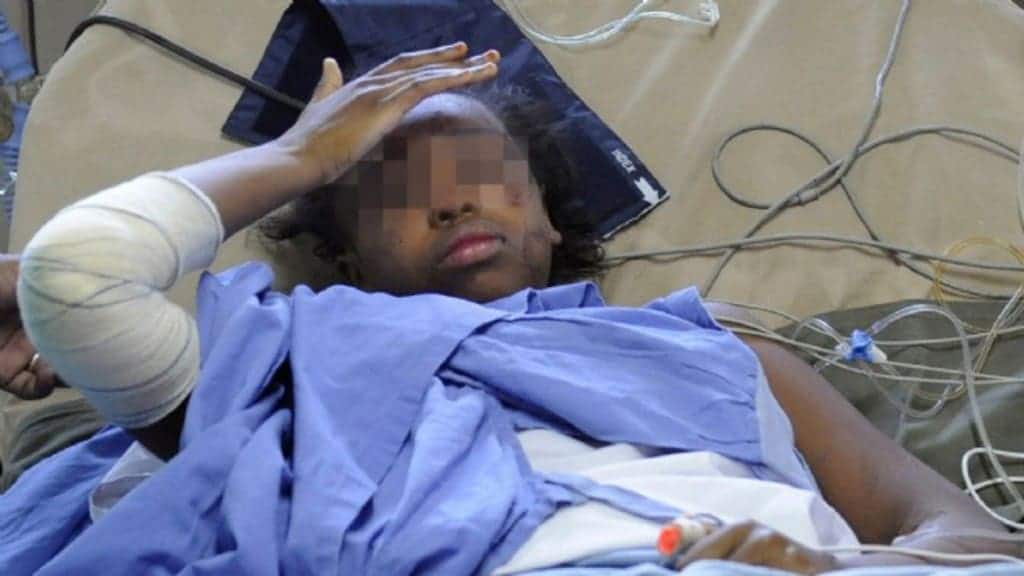 Bahia Bakari is unique in aviation history as she survived a plane crash in 2009 that killed every other person on board. Yemenia Flight 626 was travelling over the Indian Ocean when it plunged into the water after suffering from a malfunction. Bakari was flown from the aircraft before it crashed into the sea and suffered from several broken bones. However, she managed to stay afloat for nine hours before she was rescued by a civilian boat passing by. 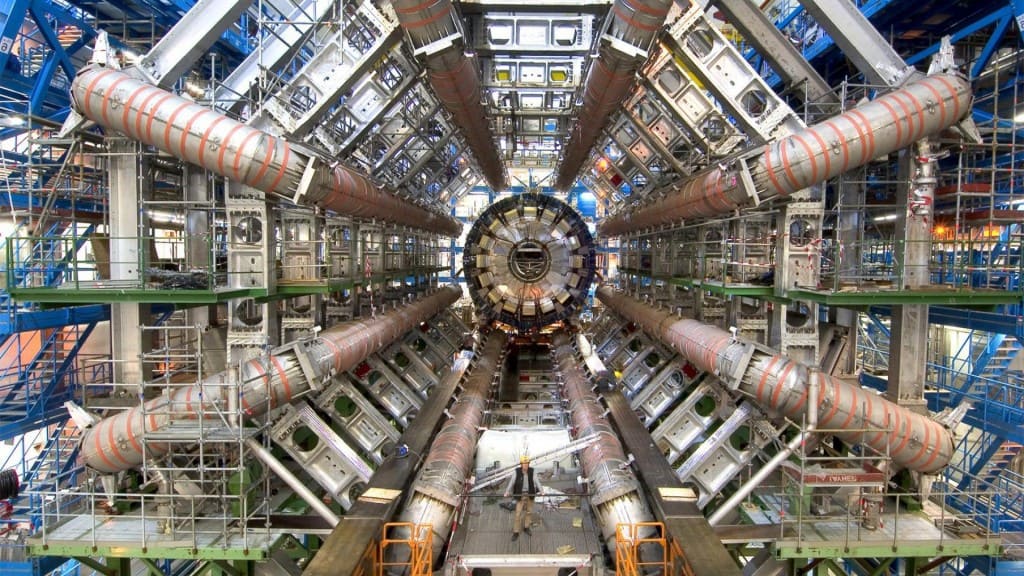 Getting hit by a proton beam that contains highly charged particles travelling at the speed of light might sound like something to avoid. Anatoli Bugorski didn’t manage to achieve that though. While investigating a malfunctioning piece of equipment at the Institute for High Energy Physics in 1978, he was hit with a beam that went straight through his skull while providing a radiation dose 300,000 rads. Doctors believed that he would be dead within the week but apart from some swelling and paralysis in his face and an occasional seizure, the student suffered almost no ill effects and is still alive today. 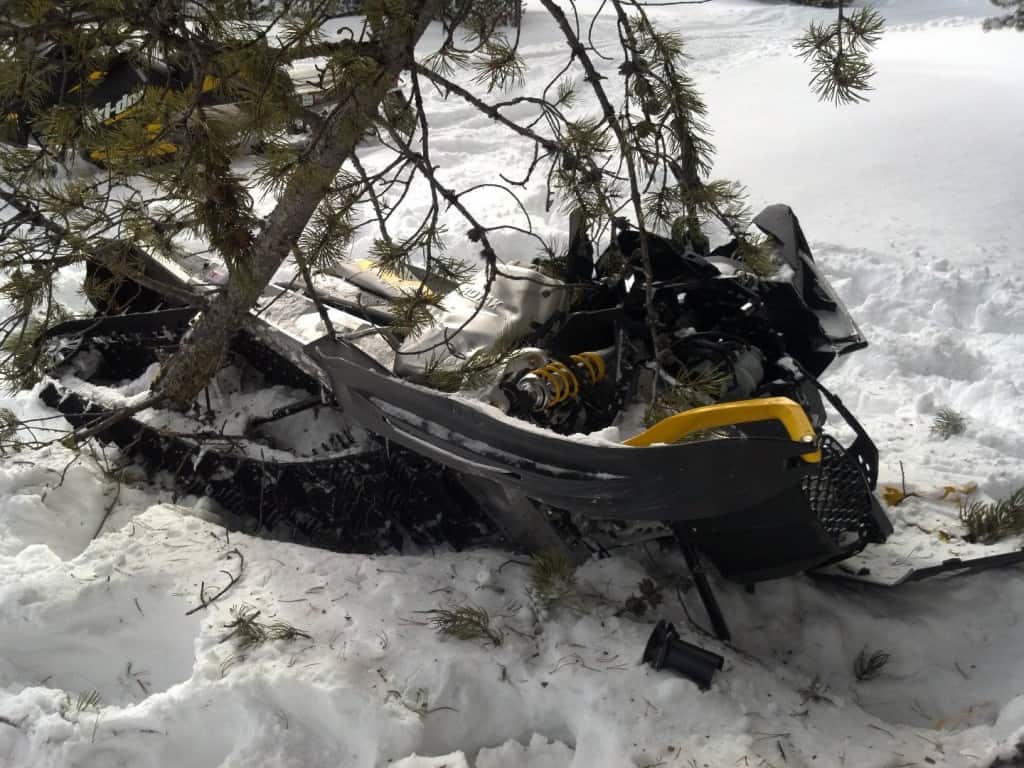 While out on his snowmobile, 64-year-old Paul Lessard crashed and was left stranded in the snow by himself. Several search parties went out looking for him once it was discovered that he was missing but it proved difficult as heavy snow and freezing temperatures meant they could only be outside for a few hours at a time. Eventually, after he had spent 20 hours trapped in the snow by his head, rescuers found him and took him to hospital, where he made a full recovery.