From mousey soups to falling coconuts, and flying Christmas trees to phones lost in cows, people’s audacity when it comes to claiming insurance money is shocking. The more you read these, the more you’ll shake your head in wonder at what humans are capable of.

We all fall on hard times sometimes. For some of us, that can lead to incredible desperation. And desperate times call for desperate measures. Here are ten of the craziest insurance claims to have ever been filed. 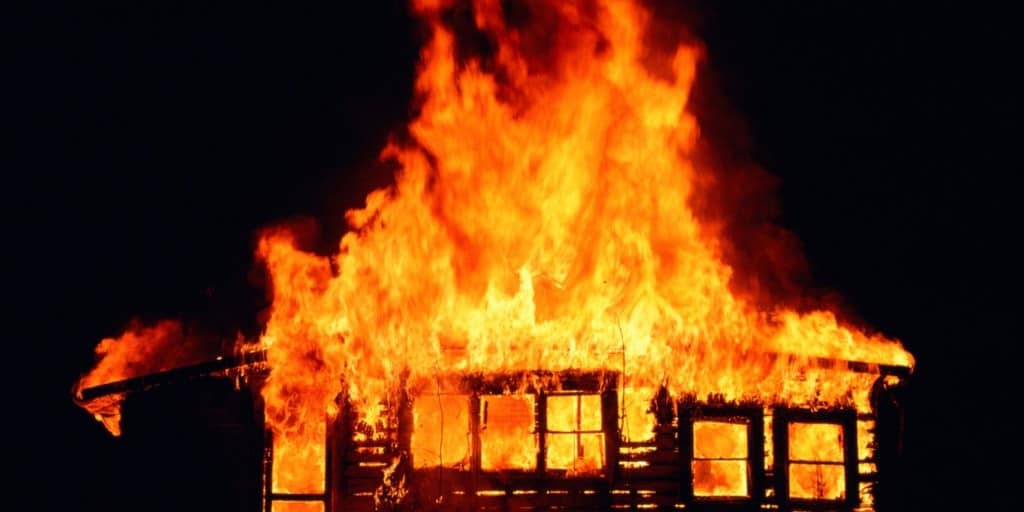 Having homeowners and car insurance is widely considered to be a good idea. You never know when things will go wrong.

Nicholas Di Puma, from Delaware, however, couldn’t sit back and wait for something to go wrong – he went ahead and set fire to his home and his convertible. That’s right – he had money for a sexy convertible, but wanted more, so he set fire to it. That’s wealth, friends.

He claimed that it began when he the pans on his stove exploded into a fierce fire. This then spread to a bucket of coals that caught fire. So, being the quick thinker that he is, Di Puma then tried to put the fire out, by throwing one of the buckets out the back door – directly into the back seat of his convertible. Pretty impressive – but it gets better.

On his way out the door with the second bucket, he tripped over and it landed on his sofa, ensuring the entire home was ablaze.

Yeah, the local PD didn’t buy it either. Di Puma ended up with five years probation and no pay out on his insurance benefits. Oh, and his home and car were obliterated. Good call, Nick. Good call. 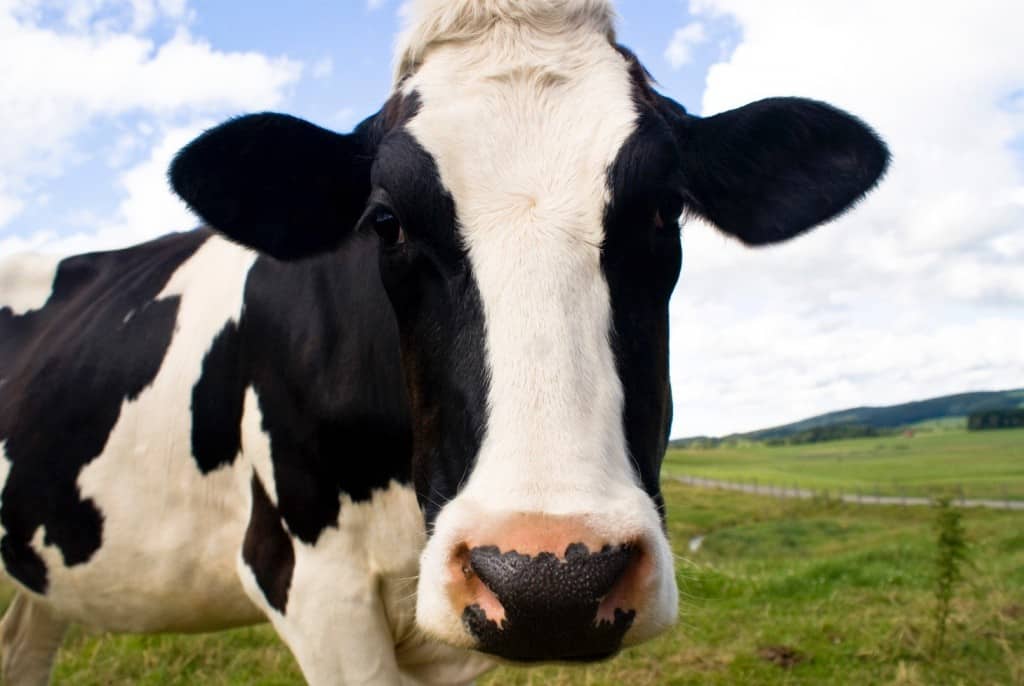 We’ve all heard the creepy stereotypes about farmers and their animals – and they’re mostly untrue. Right? Right.

Well, one Ivor Bennett got himself in a bit of a sticky situation. The farmer from Devon, England, put in an insurance claim for having lost his phone up the dirty end of a cow. Apparently he had been using the super handy torch function on his iPhone while he was helping the cow give birth on a dark, dark night.

When the phone worked its way out of the poor gal’s system, it wasn’t functional. Shocker. It all worked out OK for Ivor and his cow in the end – the insurance company paid out in full and he replaced his phone. 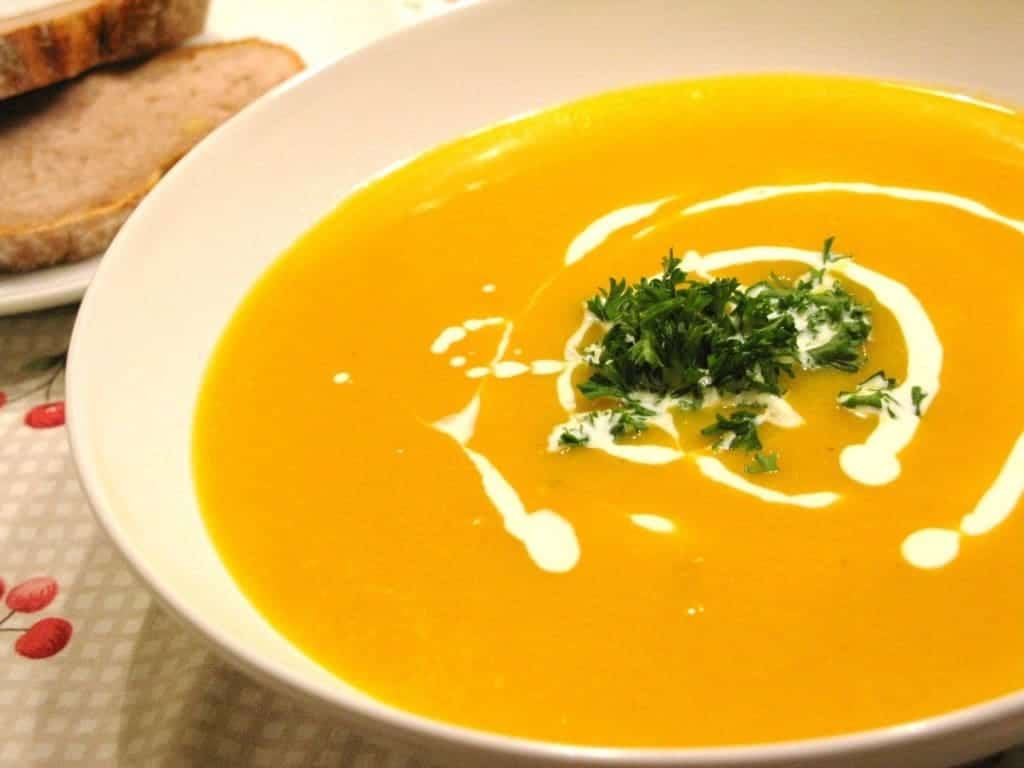 She fought the Cracker and the Cracker won. Carla Patterson attempted to battle a franchise of Virginia Cracker Barrel restaurant after she found a mouse in her vegetable soup. She went for a $500,000 settlement over insurance. They ruined her Mother’s Day after all.

The Cracker Barrel wouldn’t roll over that easily. They made sure to carry out an autopsy on the mouse and discovered the little guy had no soup in his lungs. By their logic, that meant the mouse had not actually been cooked, but instead had been added to the soup after the fact. The jury agreed with the Barrel and ended up deciding that she must have been the one to put it there.

Carla Patterson ended up being found guilty of conspiracy to commit extortion and then received a one-year prison sentence. That’s one hell of a Mother’s Day. 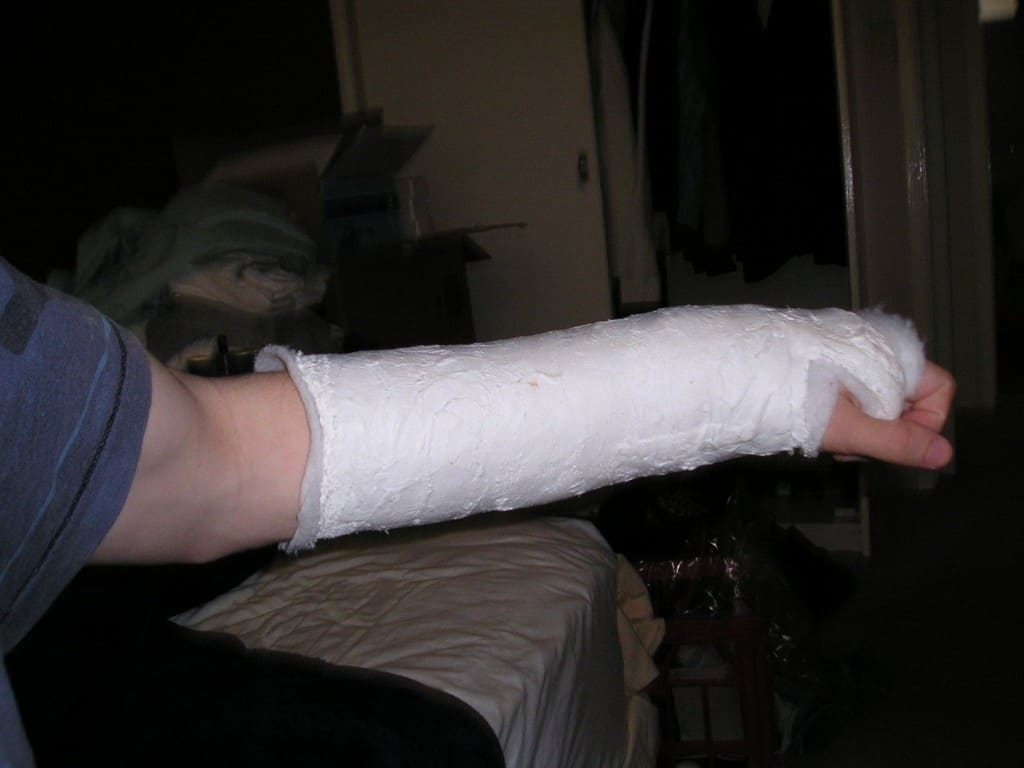 49 liquor stores, department stores and supermarkets have been the stage for Isabel Parker’s antics. The 72 year old, gambling addict, had turned falling over and claiming insurance into a career.

She had filed a total of 49 claims in Delaware County, Philadelphia and New Jersey – and had racked up around $500,000 between 1993 and 2000. In New Jersey, she pleaded guilty to insurance fraud and theft on 29 counts. That’s just in New Jersey. She ended up with a four year sentence – under house arrest. There won’t be any theatrics in there.

Wind In The Willows 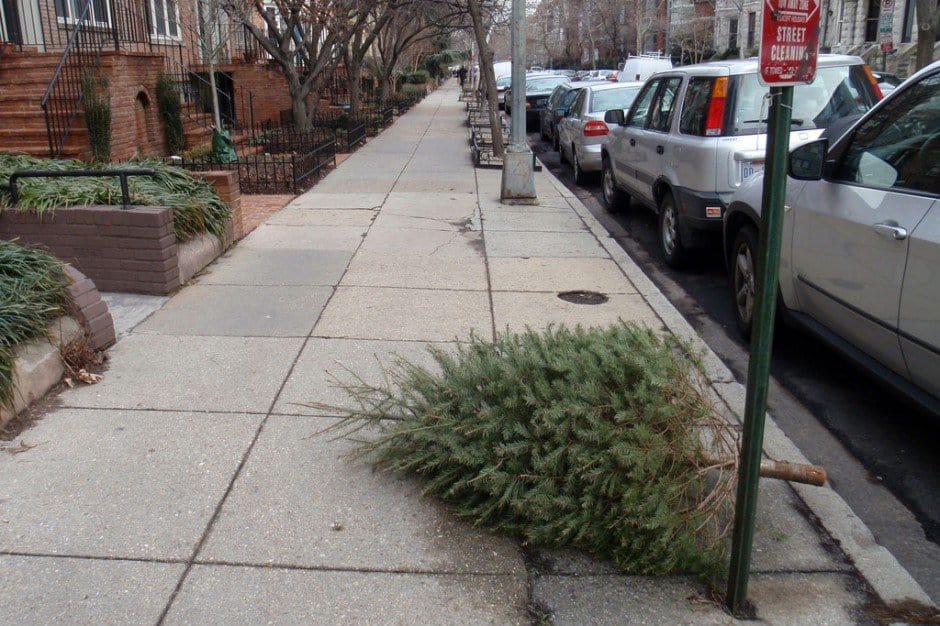 You’re driving home after some exhausting Christmas shopping, minding your own business. Excited to get home to a loving family and a warm fire. But, oh, yeah, your journey home is interrupted by a flying Christmas tree coming right at your car.

That’s exactly what happened to one Mr. Fairclough as he headed home during the holiday season. Regarding the incident, he said:

“He was driving too fast around a sharp bend and I saw the tree lift off and it flew straight at me. The trunk made a great dent in my bonnet and caused me to swerve off the road into a hedge.“

“The chap didn’t stop and he never came back for his tree, so the Police said we might as well have it. It wasn’t funny at the time, but looking back it was like a comedy sketch!”

He ended up with a free tree – and the insurance company paid out all damages. Merry Christmas, everyone. 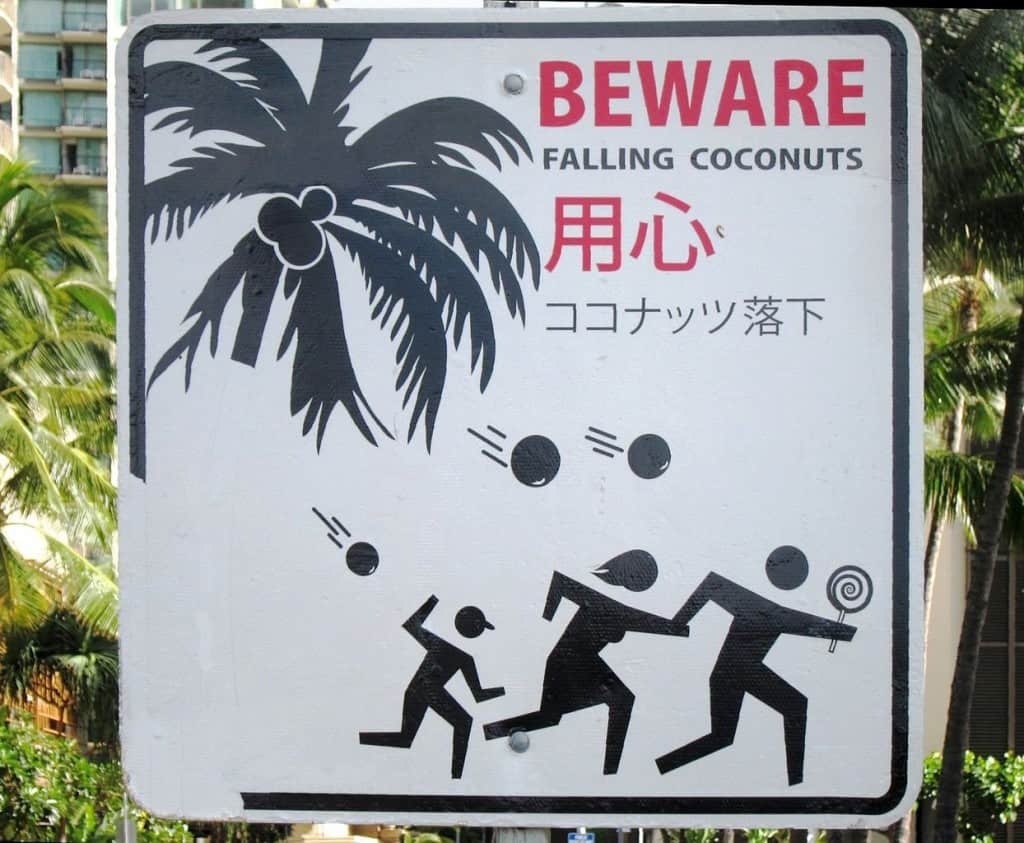 Imagine the scene. You’re on a beautiful, tropical island. The crystal clear water is lapping at your toes while the sun is smiling at you from its perfect blue home. You reach for your sun tan lotion when a coconut hits you on the head and obliterates your brain function.

Look – this is real. Brent Escott, managing director of travel agency Club Direct saw it, and cashed in on it. His agency began to issue insurance policies to cover injury by falling coconut. He used statistics to show that 150 people are killed every year by falling coconuts.

That very year, a Club Direct customer having a chill-out session on the beach in Sri Lanka got a rude awakening from a palm tree she was relaxing under. Well, not quite an awakening. A coconut fell and knocked her out, sending her to hospital. The insurance company paid out in full while Brent Escott probably whispered “I told you so” under his breath. 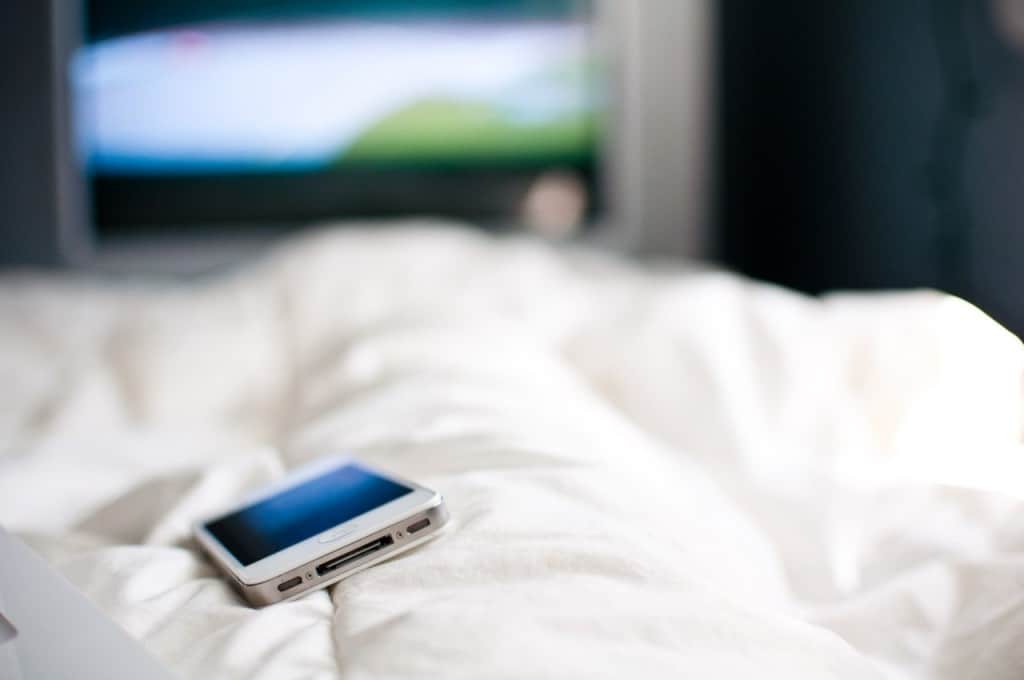 We’ve all been here, right? Reading a naughty book and getting frustrated with the poor writing. Or frustrated by something.

Well, an unnamed woman from Bristol, England made an interesting claim as a result of her ‘frustration‘.

Last year, she asked for money from her insurance company after complaining that her Blackberry Bold 9900 was malfunctioning. By malfunctioning, she meant she couldn’t get the vibrating function to work while it was in her hoo-hah. Strangely enough, she didn’t get the money… who would have thought? 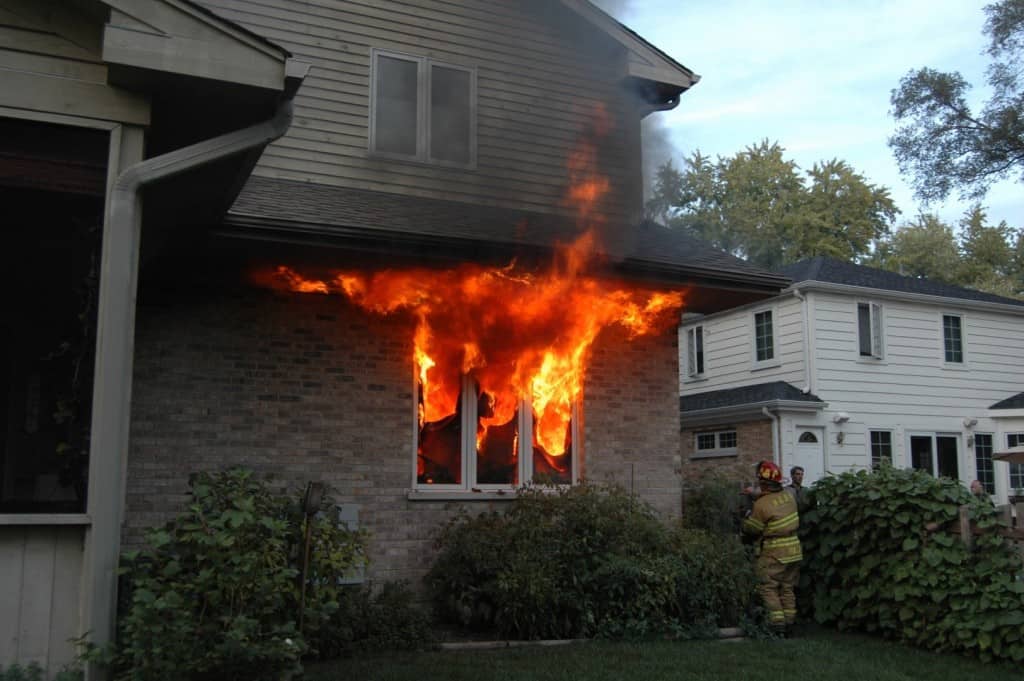 This one is pretty grim. O’Conner & Co. executive Mark Thompson couldn’t keep up with his lifestyle. So he set his abode ablaze, hoping to collect $600,000 in insurance.

He took it disturbingly far, however. To get away with it, he attempted to make the whole thing look like a suicide. He took his 90 year old mother downstairs into the basement, covered it in gasoline and lit a match.

The alibi didn’t fly, however, after the FBI carried out further investigations. No money, no mother, and 115 years in prison. A place he definitely can’t torch. 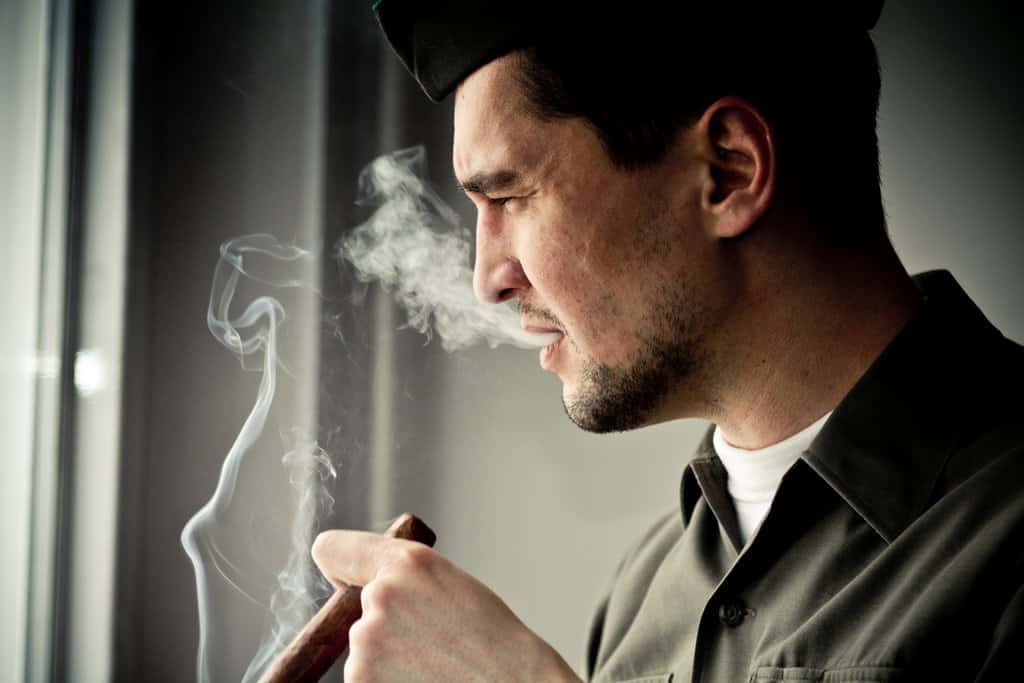 You’re a lawyer. A cocky, brilliant, smart-alec lawyer. How do you prove it to the world? You buy a fancy box of cigars and insure them. Insure your cigars against flooding, storm damage, and fire. Let’s cover that again. Insure your delicious smokey cigars – against fire.

Within a month, the cigars had – shockingly – all been damaged by fire. The lawyer from North Carolina put a claim in against his home insurance, stating that “the cigars were lost in a series of small fires.”

The insurer said he had just smoked the box of cigars himself, and thus they had no reason to pay out – right? However, a judge ruled that the insurer had never clarified what counted as an “unacceptable” fire, so they had to pay out $15,000 to replace the property.

The insurance company got the last laugh, however. They paid the claim, but got the lawyer arrested. The lawyer ended up with 24 months in jail and a fine of $24,000 for 24 counts of arson and insurance fraud. I’ll smoke to that.

Till Death Do Us Part 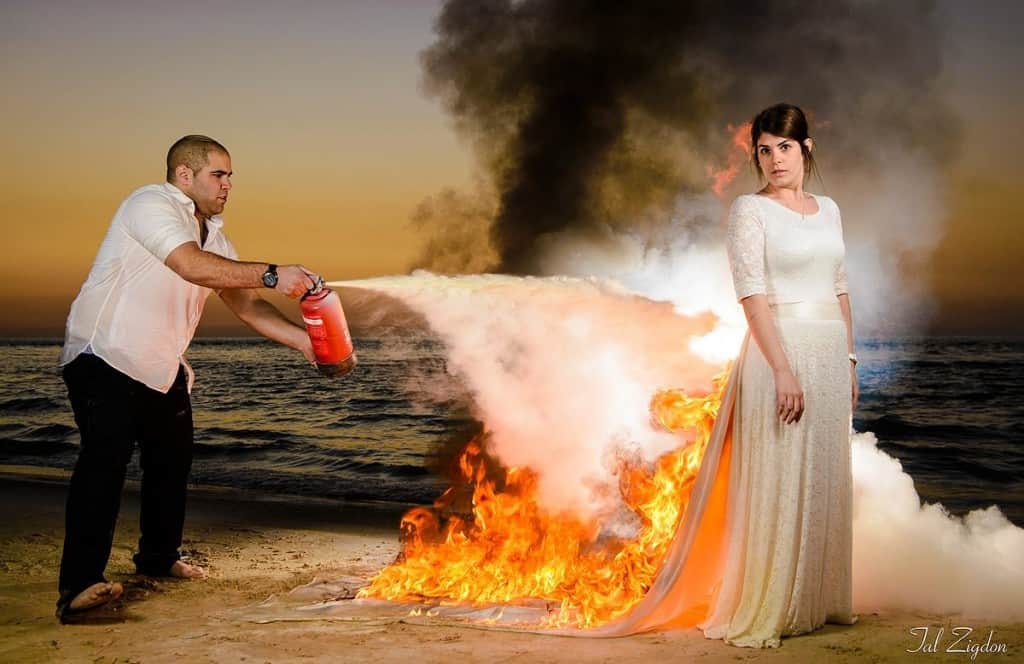 Pretty bridesmaids, pumped up groomsmen, a beautiful blushing bride and a humbled, grateful groom. That’s what we want on our wedding days, right?

Well, Paula Catelli from Italy was in for a nasty surprise. Her incredible hand-made wedding dress wandered dangerously close to the barbecue on her special day. Her entire dress caught on fire. Luckily, her and her husband were great swimmers. So he tossed her into the sea. Phew! Good call husband.

As a result, the insurance company paid out 50% compensation for the catastrophe. No more barbecues at weddings guys – enough is enough.