Today’s news headlines are always full of crime, hatred and killings. It is staggering how hatred fuels even more hatred, and all we see on TV are people screaming and hurting at each other. And yet, there are some good Samaritans out there — people who go out of their way to help complete strangers. It is enlightening to know, but at the same time sad to realize that these stories do not get enough press. It’s good to be reminded that there are still good people out there, who help others even if their good deeds go unsung. Here are the 10 individuals that will help restore your faith in humanity.

Stranger Rushes In Burning Home to Save Family Dog 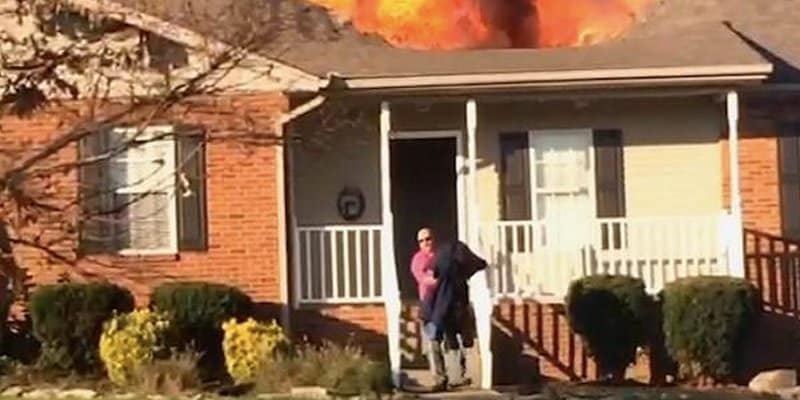 A fire occurred in the October 2015, where a complete stranger ran fearlessly into a burning home in Springfield, Tennessee to save the family’s pet dog.

Neither the couple or their four children were at home at the time of the fire, except for the family pet dog.

The neighbors called 911 when they saw a total stranger leap into action. The hero was actually an off-duty Springfield firefighter named Tim Tawater who was driving along when he noticed the burning house. ‘I do this for a living,’ and runs in without second thoughts. 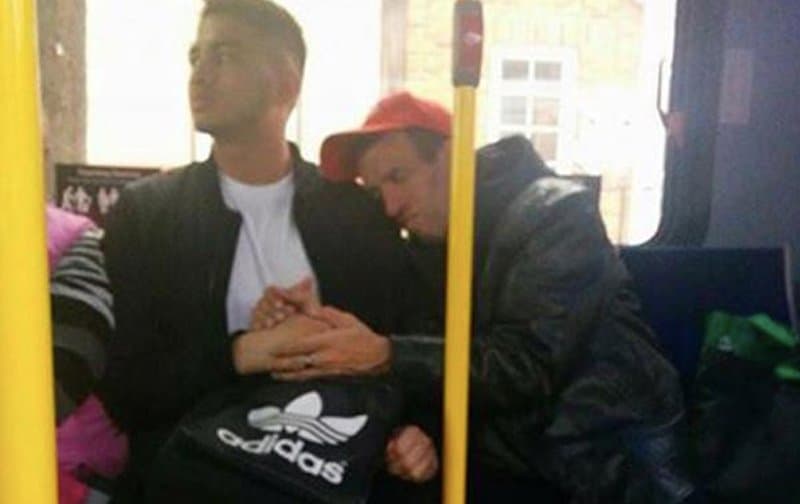 A photo of a man holding the hand towards a special needs person on a bus in Ontario, Canada has gone viral.

The young man was 21-year-old Godfrey Cuotto, where he was stopped by fellow passenger Robert, who has cerebral palsy. He is also deaf. “He kept holding my hand.” Godfrey said. “I thought I was getting pranked at first, but he just needed comfort.”

Godfrey held the man’s hand for his entire 30 minute ride on the bus. The man also leaned on him, hugged him, and kissed his hands until the end of his ride. “Sometimes you just have to be selfless, put someone else’s need above yours.” Godfrey shares that Robert’s family has since contacted him and thanked him for his good actions.

Woman Pays For Man’s Groceries When He Forgot His Wallet 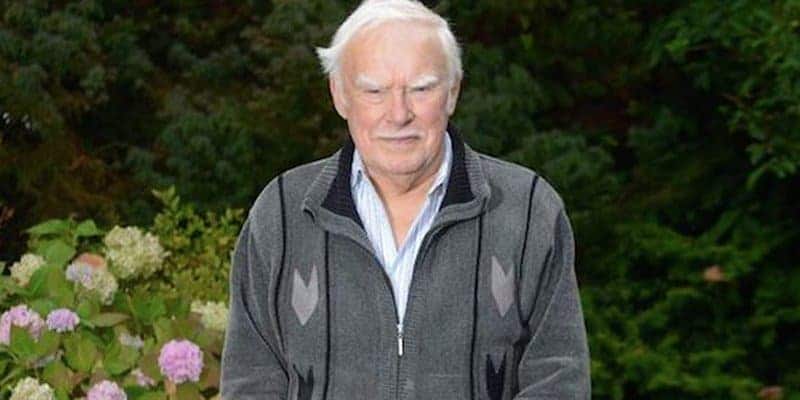 Retired police sergeant and grandfather Arthur Bennett from Lancashire landed in an embarrassing situation when he went grocery shopping and left his wallet at home.

He only realized his mistake when he was about to pay the cashier, and was about to leave when the woman behind him reached into her purse and paid for his bill.

The woman, named Katie Louise, handed him a 20 pound note and told him “I’ll pay for that. I am sure you have been kind to other people in your life.”

Arthur offered to pay her back, but she refused and said he give it to charity instead. His daughter posted about what had happened on her Facebook which had been shared over 12,000 times. 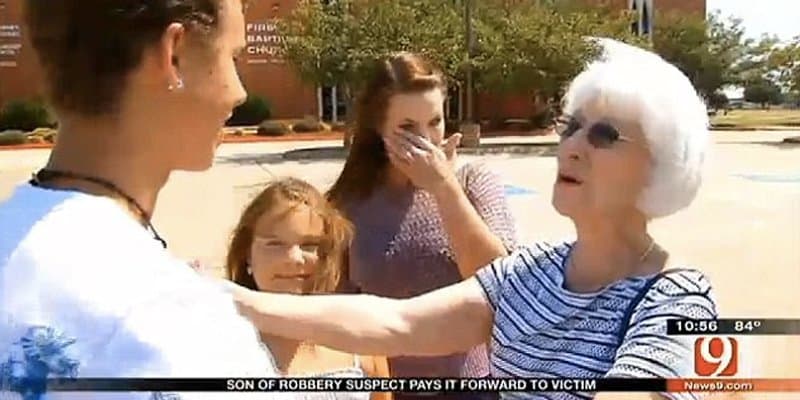 A 78-year-old widow by the name of Tona Herndon was robbed in Oklahoma, while she was visiting her husband’s grave. The robber got away with $700 and her purse, but police caught him and his mugshot was broadcasted on the news.

The mugger’s son Christian, now 17, instantly recognized the photo — after all, it was his own dad. He hadn’t seen his dad since his parents divorced when he was two, but he found it odd that his father gave him 250 dollars for a band trip he really wanted to see.

So he went out his way to meet the victim, apologized to her and offered to give her the 250 dollars back. She graciously accepted, and told the young boy, “It was mine to do with what I wanted, and I want you to take your band trip,” Tona Herndon told Christian. 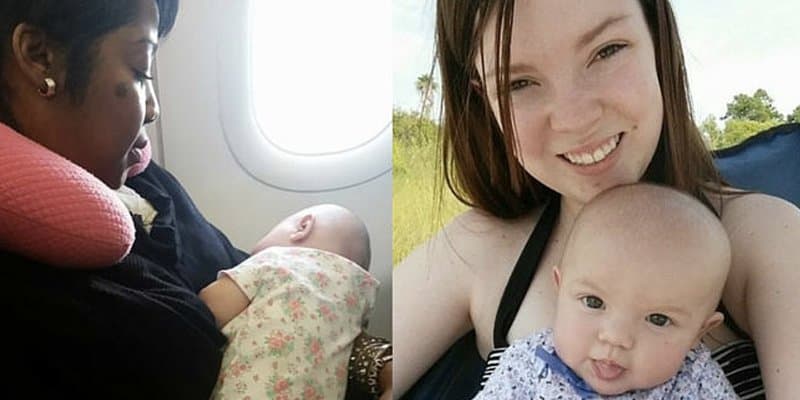 Rebekka Garvison had planned to surprise her husband in Fort Rucker, Alabama, who is in the army. She was traveling alongside her baby daughter, and immediately upon boarding the plane had noticed people being unhappy about sitting beside a mother with a young baby.

Her baby had started getting upset and she couldn’t soothe her, so she requested staff if she could move seats. She ended up with the most amazing woman.

The ‘airplane angel’, Nyfesha Miller was so understanding about the crying baby, and she even asked to help soothe her. When Rebekka handed her baby over, she fell right asleep on Nyfesha’s lap for the entire flight.

Rebekka got Miller’s contact information so she could send her a token of appreciation. Rebekka said the two are messaging everyday and plan to meet up soon for sure.

Sheriff Deputy Takes in Homeless Family and Feeds Them 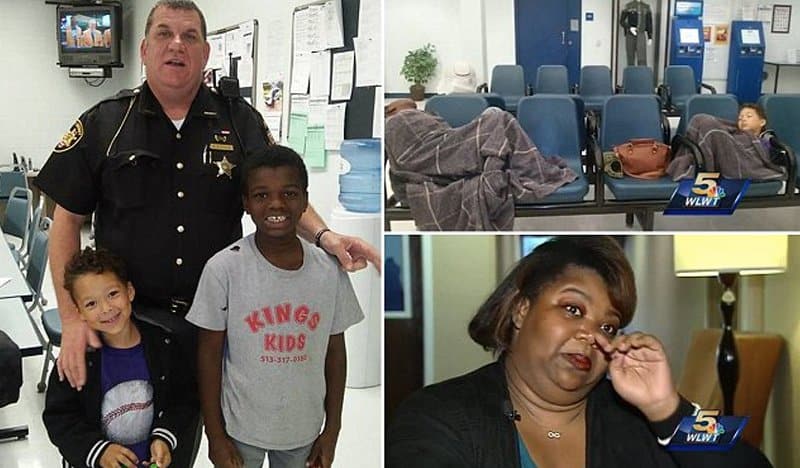 Ohio Sheriff Deputy Brian Bussell is hailed as the town hero after taking in a homeless family and providing them food, shelter, clothing and shoes.

Bussell spotted the mother and her two sons in the jail waiting room. When he asked what was wrong, the woman Tierra Gray told him that they had just been evicted from her home.

Bussell tried to call several shelters but most were already overcrowded. He then put the family up in a hotel for 10 days and buying them groceries–all out of his own pocket.

No one knew about his good deed, as Bussell did not feel compelled to share it. However, the woman took a picture with him and shared the story on Facebook.

Woman Gives Young Man Her Ticket to See the Pope 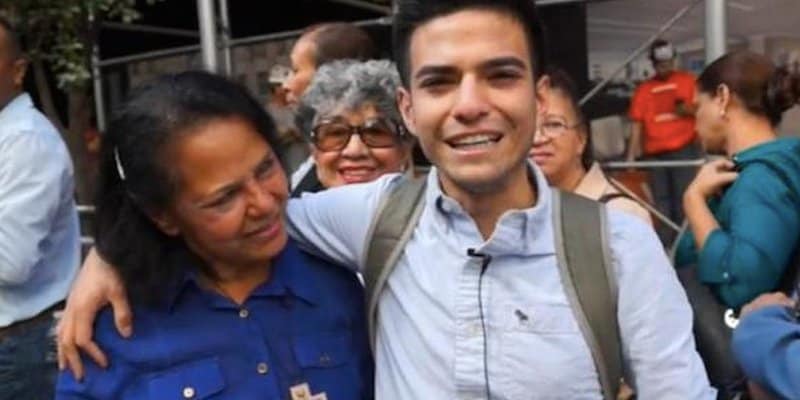 Saul Mejia from Colorado traveled all the way to New York in the hopes of getting to see Pope Francis. Unfortunately, he actually needed to get a ticket to see the papal.

Mejia was just standing outside hoping for someone to sell him a ticket. I used all my money away just to come here, he said.

His prayers were answered when a stranger gave him her ticket after seeing him in queue for several hours. The woman had one ticket for her, but her conscience told her to give it to Mejia instead. He thanked her and said seeing the pope meant the world to him. 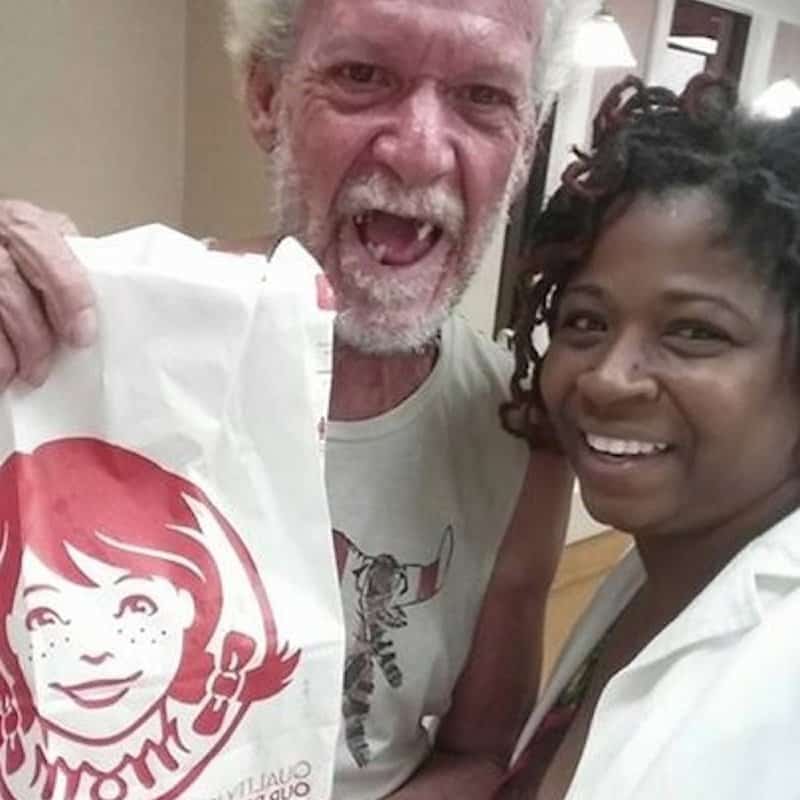 Natasha Robinson was just leaving school in Washington DC when she passed by a man looking for food from a trash can. She asked if he’d like to go to Wendy’s for something to eat. “Thank you, Lord for sending someone.” she heard the man say as they were walking.

The man shared that the Catholic soup kitchens had closed due to the Papal visit.

The man gave Natasha a big hug, As he was hugging me, he was praying. Little do [sic] he know I’m the one who received a blessing,” Robinson wrote. 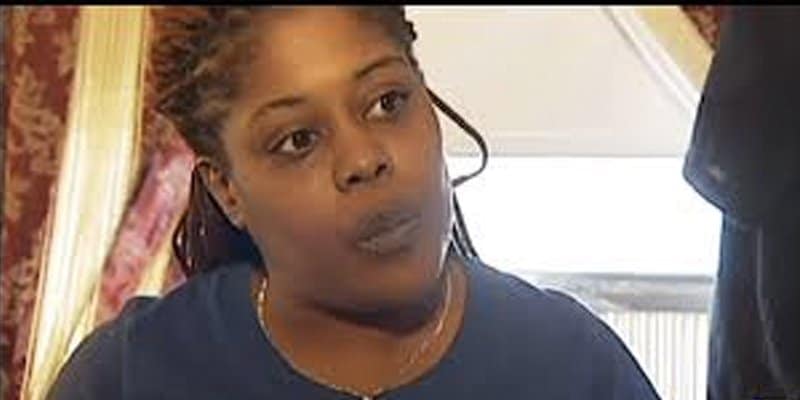 Kinley Crenshaw went to a concert with a friend when they were separated by the crowd. She didn’t bring a jacket, and her friend had all her bag and valuables. Unsure, she decided to wait for her friend at the nearby bus stop in the cold. A woman saw her and took her coat off to give it to the shivering teen. She waited with her until her bus came and talked to the driver to have the girl ride for free.

She was grateful of the help that she posted about it on Facebook: “I completely forgot to give her coat back & give her sincere thanks and utmost gratitude she deserves.” she said. ‘This woman, showed complete generosity, compassion, and humanity. I have to find her, and I won’t give up until I do.” 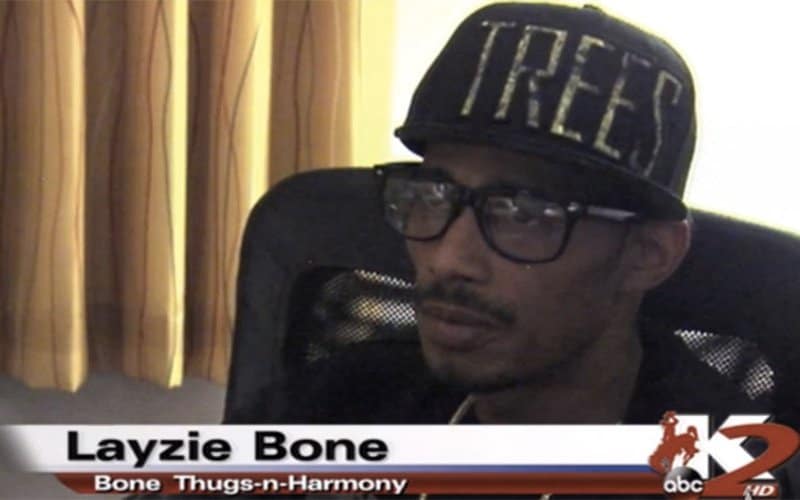 Rapper Steven Howse, better known as Layzie Bone from Bone Thugs-n-Harmony, saved a man’s life while on his way to a concert.

He noticed a man driving erratically before spinning out. When he and his group checked, a 24-year-old man appeared disoriented because of his diabetes.

Howse immediately fed the man some fruit to stabilize his blood sugar, and he shared the incident online. “I was just scared for him.” the rapper said. “I was almost in tears and was happy to be there to be of some assistance,”