Gas stations are the ultimate horror film venues – dark, cold and usually situated in the middle of the woods with nowhere to hide. Nowadays gas stations are everywhere and the possibility of these scenarios happening in real life are minuscule with camera surveillance and gas stations operating 24/7. However, there’s been multiple occasions where very bizarre things happened. We’ve compiled a list of the top ten mysteries that have have been linked to gas stations across the US.

The Disappearance Of Kelly Dove 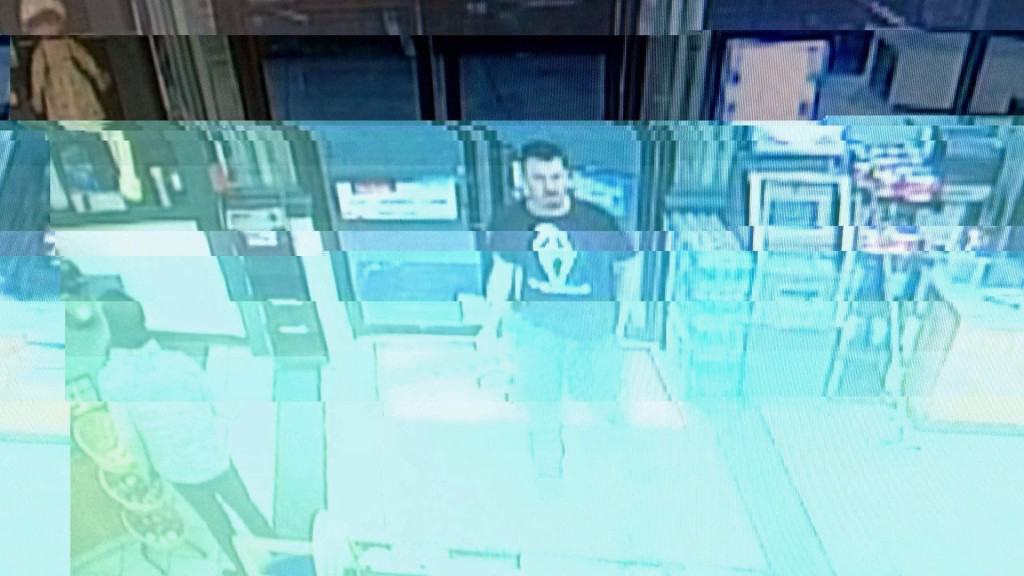 Kelly Dove disappeared on June 18, 1982 while working a late-night shift by herself at the Imperial gas station in Harrisonburg, Virginia. Sometime after midnight, Kelly called 911 to report that she was on the receiving end of obscene phone calls. She asked the police to come and check up on the station, but they never showed up.

Not long after, Dove called the police again to say that she was being harassed by a male customer, implying that he had indecently exposed himself to her. In her third call to the police she reported another obscene phone call and said that the person who was harassing her before came into the parking lot in a silver Ford. The police showed up then, but didn’t find Kelly anywhere. They also chose not to close the store or dust for fingerprints after her disappearance. She’s still missing, 30 years after.

The Disappearance Of Susan Swedell 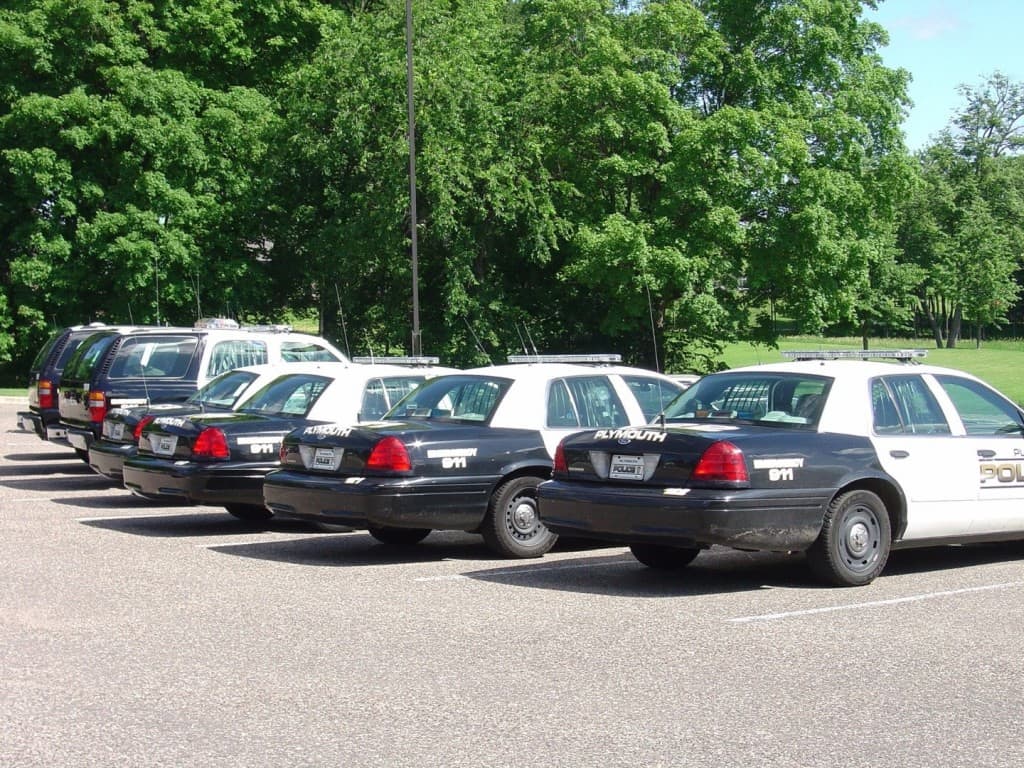 January 19, 1988 was the day when the 19-year-old Susan Swedell disappeared forever. She was going home from her work in Oak Park Heights, Minnesota and was about a mile from her destination when her car broke down and she went to the gas station.

According to the attendant on duty, Susan then climbed into another car at the station that was driven by an unidentified man. That was the last time anyone ever saw her. Since it was winter, the police found it strange that her car overheated and after checking on the vehicle it was discovered that the petcock on her radiator had been loosened. One theory is that the unidentified man at the gas station had sabotaged her car earlier so that he could follow her from her workplace and offer her a ride once she had car trouble. Another strange thing surrounding Susan’s disappearance is that Susan’s mother visited her apartment and found the red pantsuit Susan had been wearing at work on her bed; which would mean that either Susan or another individual went to the apartment at some point after she went missing. She still hasn’t been found.

The Disappearance Of Tangena Hussain 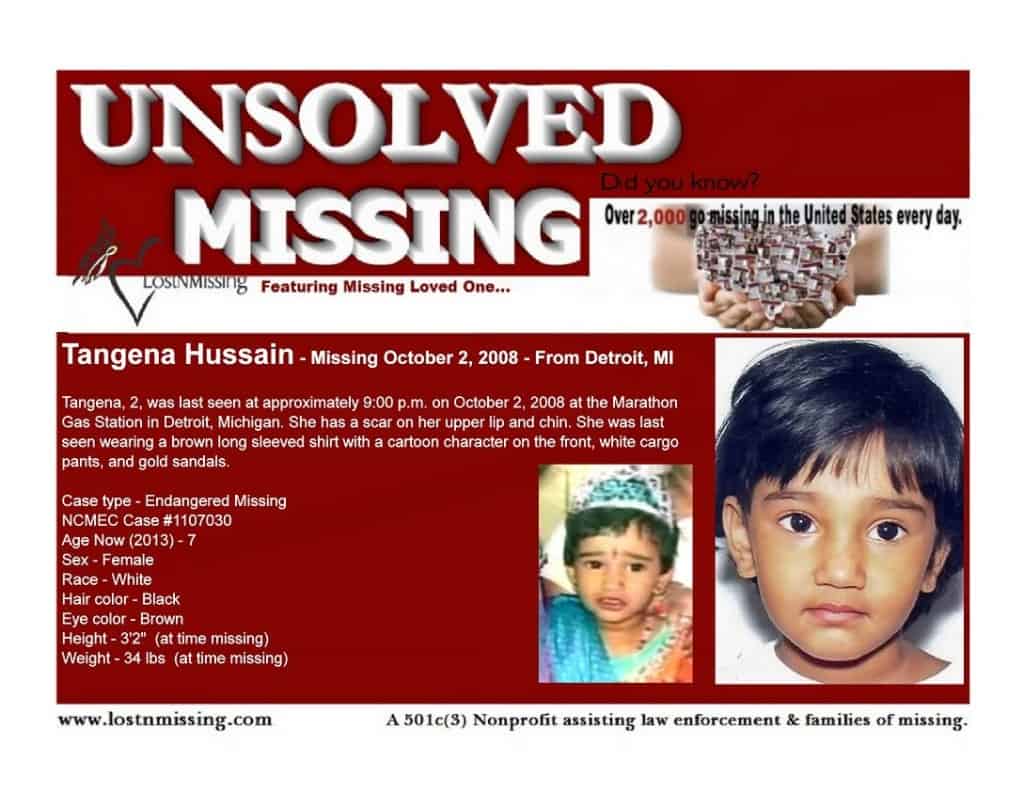 In 2008, Jamrul Hussain visited a gas station in Detroit with his two-year-old step-daughter, Tangena Hussain, who was in his vehicle. He left the little girl in the locked car while he went to buy a few things at the gas station. When he returned to his car a few minutes later, Tangena was gone. Despite the station having camera surveillance, Jamrul’s car just happened to be parked out of camera range, so there was no way to verify what happened to Tangena.

Soon the police started suspecting Jamrul to be the one who actually kidnapped the girl, especially considering the fact that after she disappeared, instead of searching for her or calling the police, Jamrul went to pick up his girlfriend and the girl’s mother at her workplace. He acted strangely when she asked where her daughter was. Tangena’s disappearance was not reported to the authorities until after Jamrul drove Nilufa back to the gas station. The two-year-old has never been found.

The Murder Of Leo Lamontagne 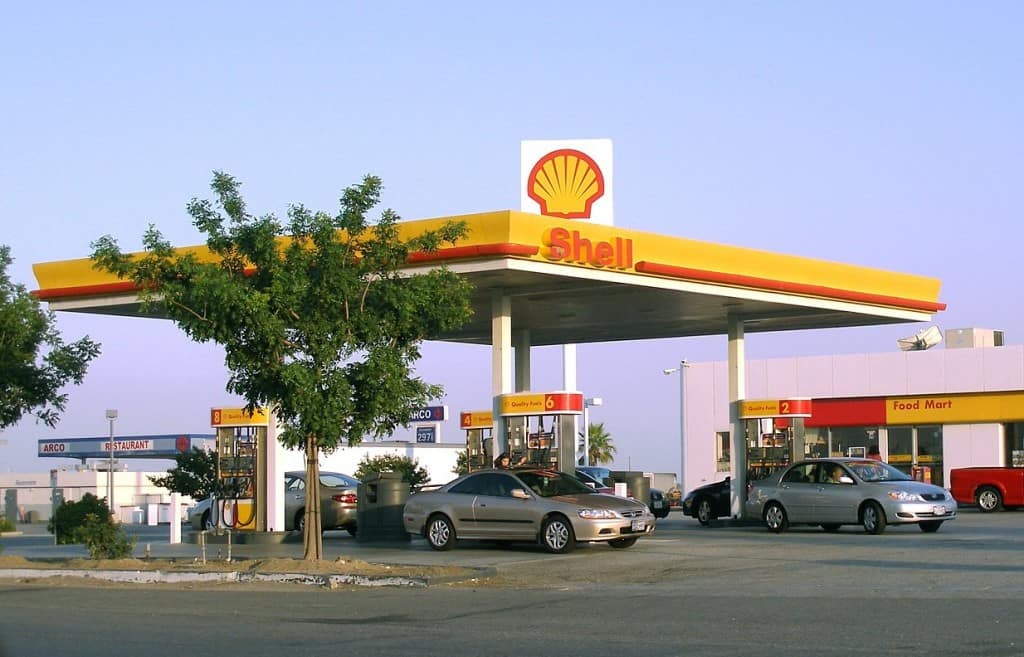 In 1957, a teenager by the name of Leo Lamontagne was working the overnight shift alone at a service station in his home town in Winnipeg. Around four in the morning, a police officer stopped by the station and found the young boy slumped over the office desk in a pool of blood. He had been struck on the head three times with a blunt object, and was immediately transferred to a hospital, but unfortunately died a few days later.

The police found a pool of blood in the garage which showed that Leo was probably attacked there. He was able to get himself to the office but didn’t have enough strength to call for help. There was also money stolen from the cash register. What police found interesting is that two hours before the police officer found Leo’s body, two young men pulled into the station to get some gas, but nobody came out to serve them. In the end, they saw a man going into the station’s office. He informed the two men that he was washing cars in the garage and that they can’t currently use the pumps. From the camera footage, police were able to identify the man to be in his late thirties and definitely not Leo Lamontagne. The final conclusion was that he murdered Leo while attempting the robbery, but he was never found and the case was never closed.

The Disappearance Of Cheryl Scherer 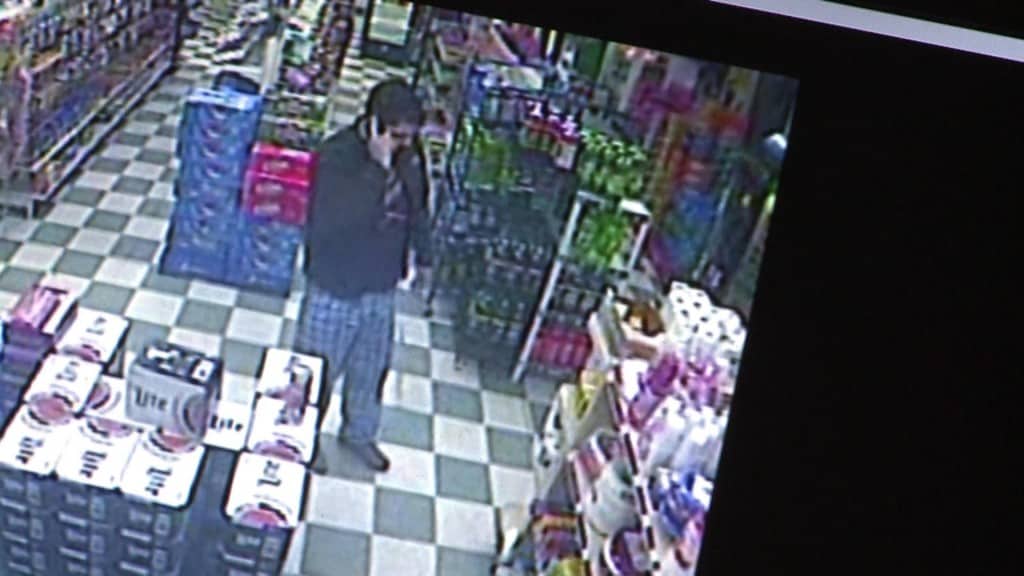 80’s were a time of great mysteries as 19-year-old Cheryl Scherer shows up as yet another example of disappearing while working her shift at the Rhodes Pump-Ur-Own service station in Scott City, Missouri.

Around noon on April 17th, 1979, Cheryl disappeared with her bag and car left behind and around five hundred dollars missing from the cash register. Serial killers Henry Lee Lucas and Ottis Toole confessed of murdering a young woman near Scott City, but they denied it being Cheryl after being shown her photo by the police, leaving Cheryl’s case a mystery even up to this day.

The Disappearance Of Kelli Cox 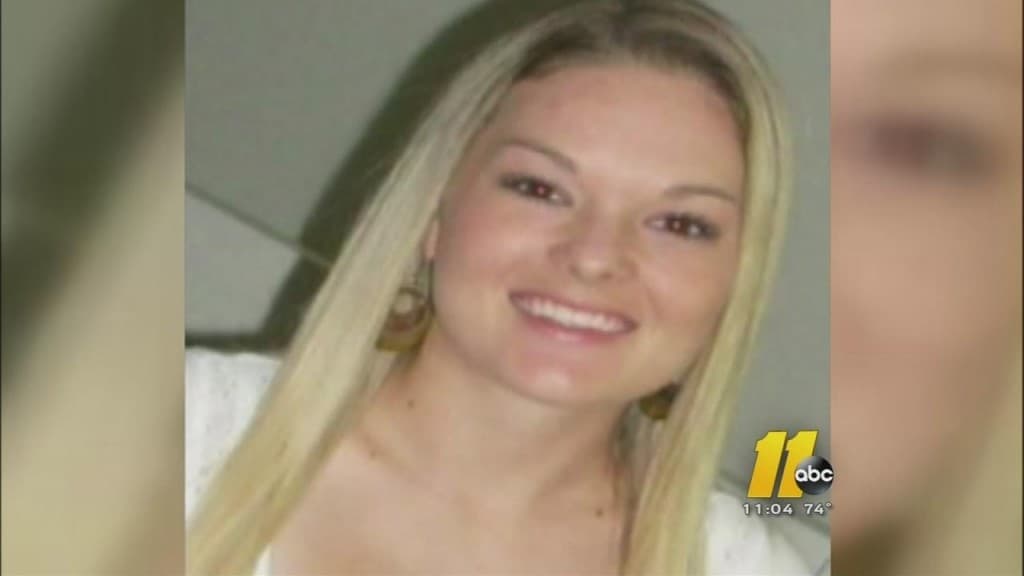 In 1997, Kelli Cox went on a field trip to the Denton Jail as part of her criminology class at the University of North Texas. As the public isn’t allowed to bring personal items into the jail, she locked her purse and car keys inside her parked car and hid a spare key under the fender. When she was done with her class, she went to open her car but the key wouldn’t work so she called her boyfriend to bring her a spare key from their house. Sometime after noon, Kelli’s boyfriend Lawrence came to the gas station and found Kelli’s car parked in the original spot but Kelli was nowhere to be found. Police never found Kelli and after suspecting for far too long it was Lawrence who abducted her, he passed multiple polygraph tests and was cleared of any involvement in Kelli’s disappearance.

The Disappearance Of Andy ‘Joe’ Lepley 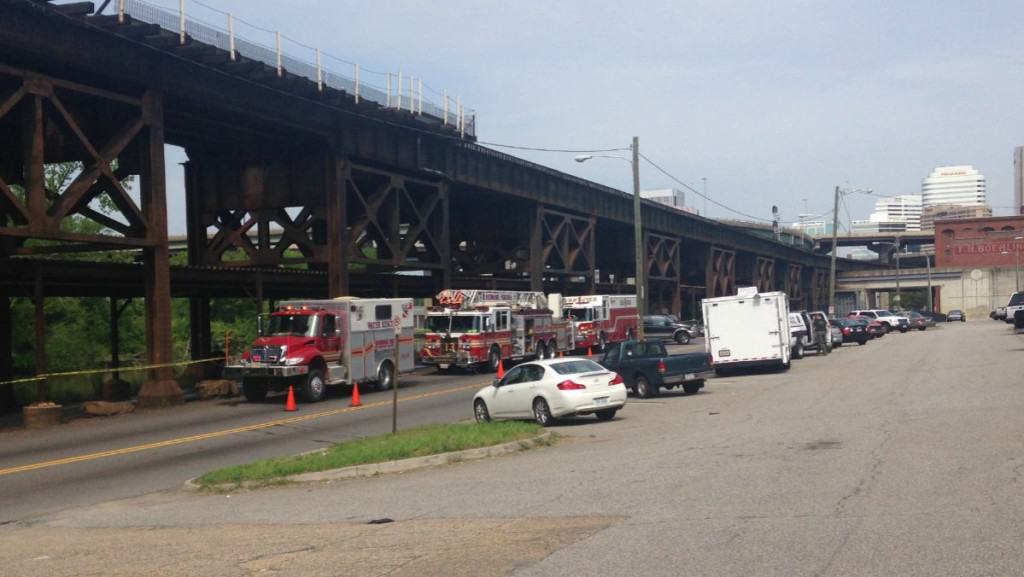 18-year-old Andy “Joe” Lepley started his shift at a Texaco station in Colorado City at 6 A.M. on May 30, 1976, only to be declared missing half an hour later. When the station’s owner showed up later that morning, Joe was missing and his car was parked out front with the keys in the ignition. What was suspicious was that there was $100 missing from the register, and the microphone had been ripped out of the station’s citizens band radio. The police have since suspected a man trying to rob the station when Joe walked in and was abducted or murdered by the robber. Just before Joe disappeared, waitresses at the cafe next door served a middle-aged man who was asking about the service station’s opening hours. However, nothing has been discovered since, and Joe is still missing.

The Disappearance Of Amy Sue Pagnac 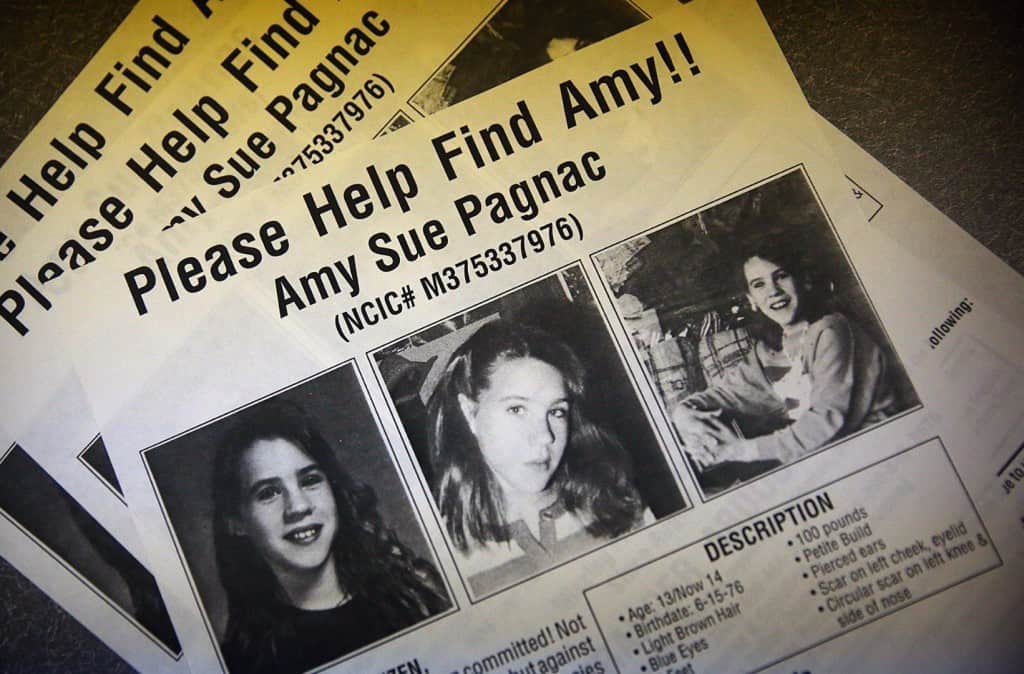 In 1989, 13-year-old Amy Sue Pagnac was spending a day at the family farm in Isanti County with her stepfather, Marshall Midden. At approximately 5:00 PM, Amy and Marshall were on their way home but stopped because Marshall needed to use the restroom just a few miles before their house. According to her father, Amy stayed in the vehicle while he went to the toilet and when he got back she was nowhere to be found. Her family informed the authorities that Amy had a history of running away from home so they thought she’d return, but she never did. 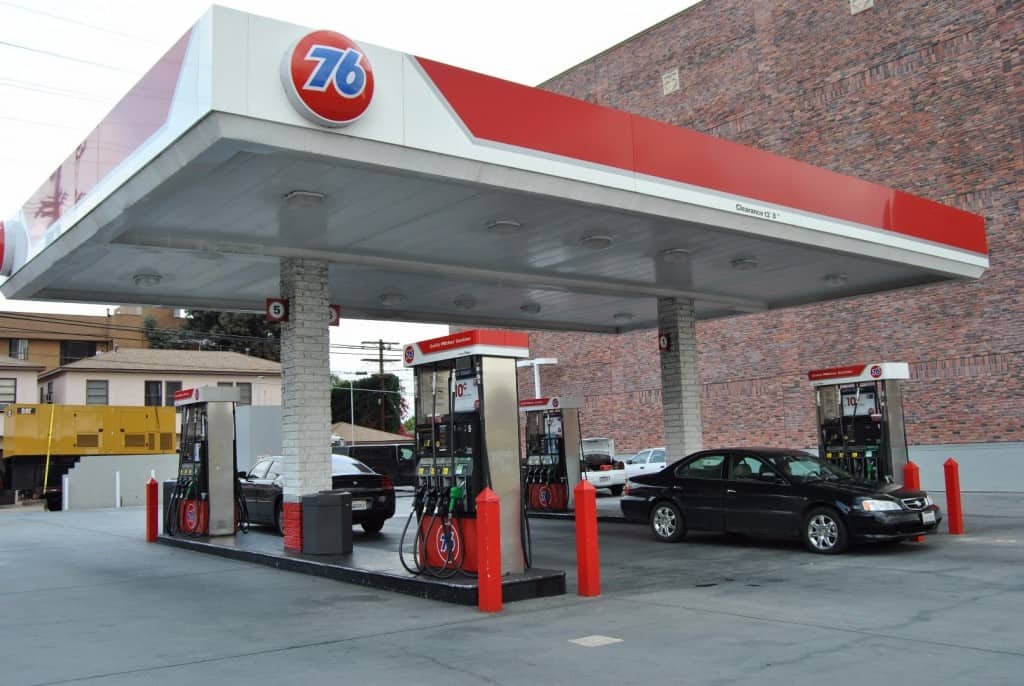 In 1979, a body was discovered inside a dumpster behind a Union 76 gas station in Long Beach, California. Two trash bags and a cardboard box from the dumpster contained various body parts of a young, white male who appeared to be between 18 and 30 years old. Not all parts of his body were found, but just his head, torso, and left leg, while a sock was stuffed inside his rectum. The person was never identified but the crime was connected to a serial killer by the name of Randy Kraft who operated in 1970’s and 80’s and has raped and killed dozens of men in California.

The Disappearance Of Jessica Heeringa 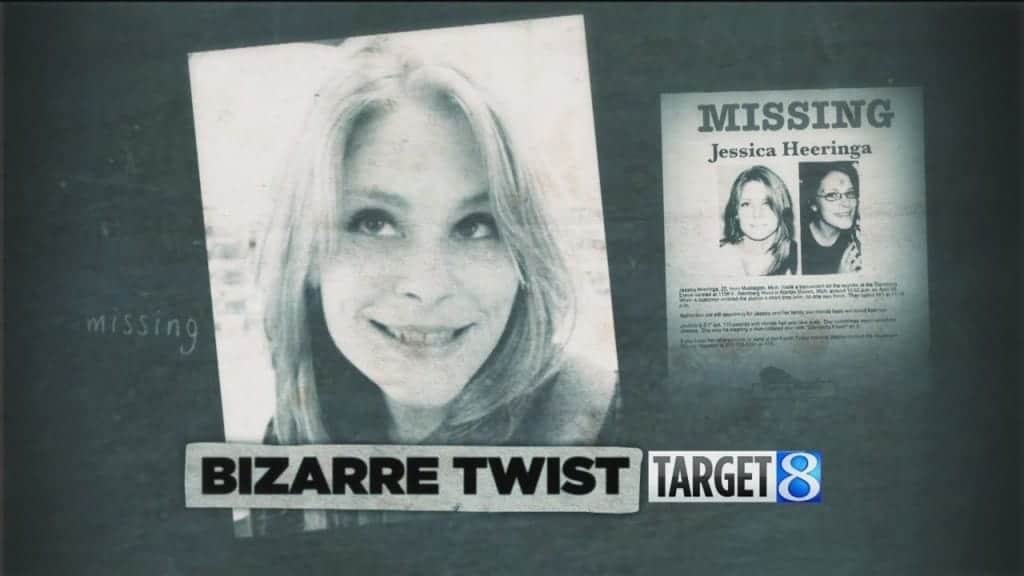 The newest case is the one from 2013 of the 25-year-old Jessica Heeringa who went missing while working the evening shift alone at the ExxonMobil gas station in Norton Shores, Michigan. She was last seen around 11 PM while serving a female customer.

The station was unattended when the next customer walked into the gas station. All of Jessica’s personal items were left behind, and there were no signs of any struggle or robbery. The only trace police were able to find was a small drop of blood outside the rear door. Jessica was never found and police are yet to discover or charge anyone with her disappearance or murder.