In order to be excellent in professional sports, you need to have the athletic ability, drive, and the ability to maintain performance under extreme pressure. However, sometimes the pressure to be the best also takes away the part of you that’s responsible for self control. Professional athletes are no strangers to expressions of rage that sometimes that rage comes in the worst of situations. We’ve searched the internet and found the top ten most epic moments of rage displayed in various sports events in the list below. 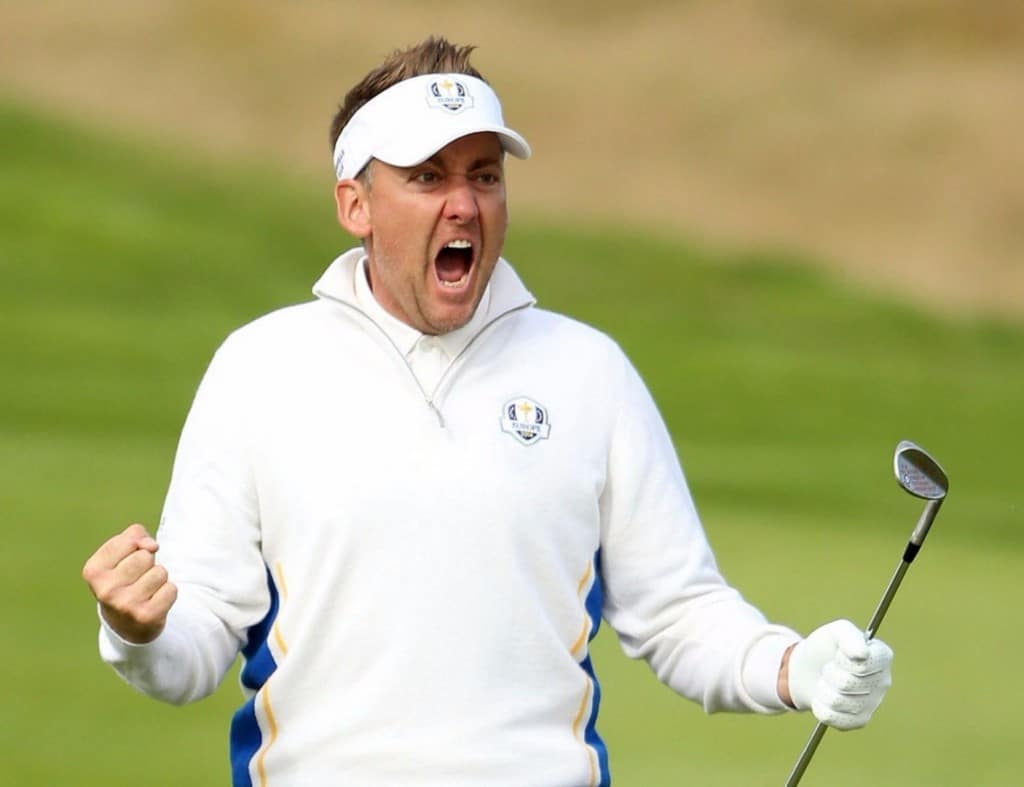 Golf is generally thought of as a calm and collected game, but Spanish golfer Sergio Garcia brings the fun to the golf courses around the world. His most famous tantrum goes back to 1999’s World Match Play Wentworth tournament where, after missing a shot, Garcia took off his shoes and threw it to the spectator area. When he got the shoe back, he threw it again, this time narrowly missing the head of match referee John Grant. 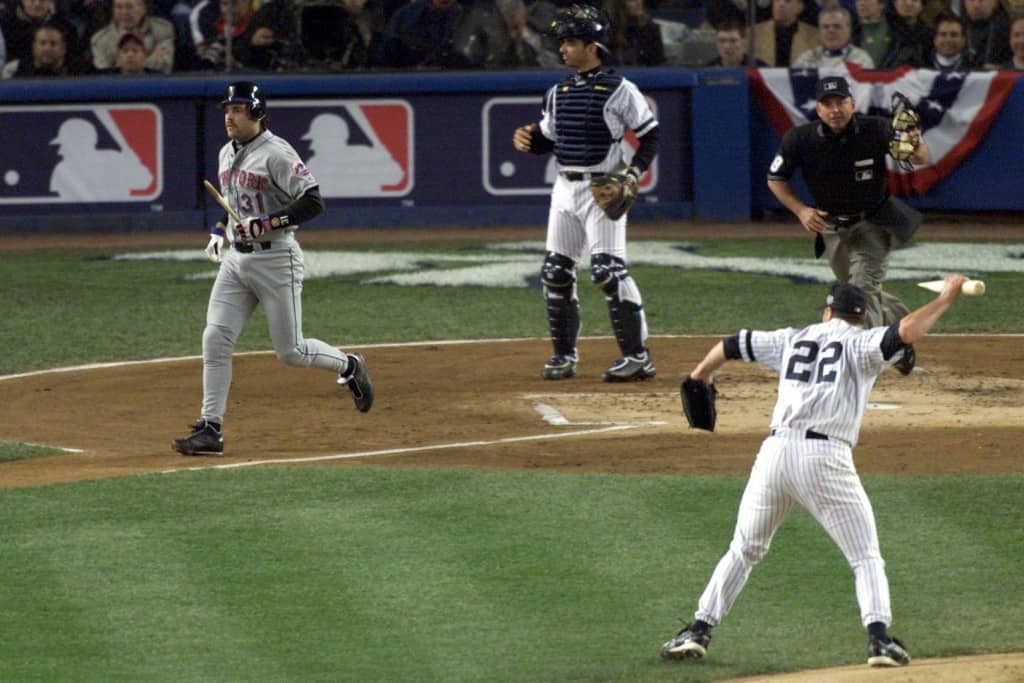 After his opponent swung his bat to hit the pitch and his bat broken, Roger Clemens picked up a bigger piece of the broken bat and threw it back at his opponent who was at that point running for first base. The moment is known as one of the most memorable in history. Yankees later won. 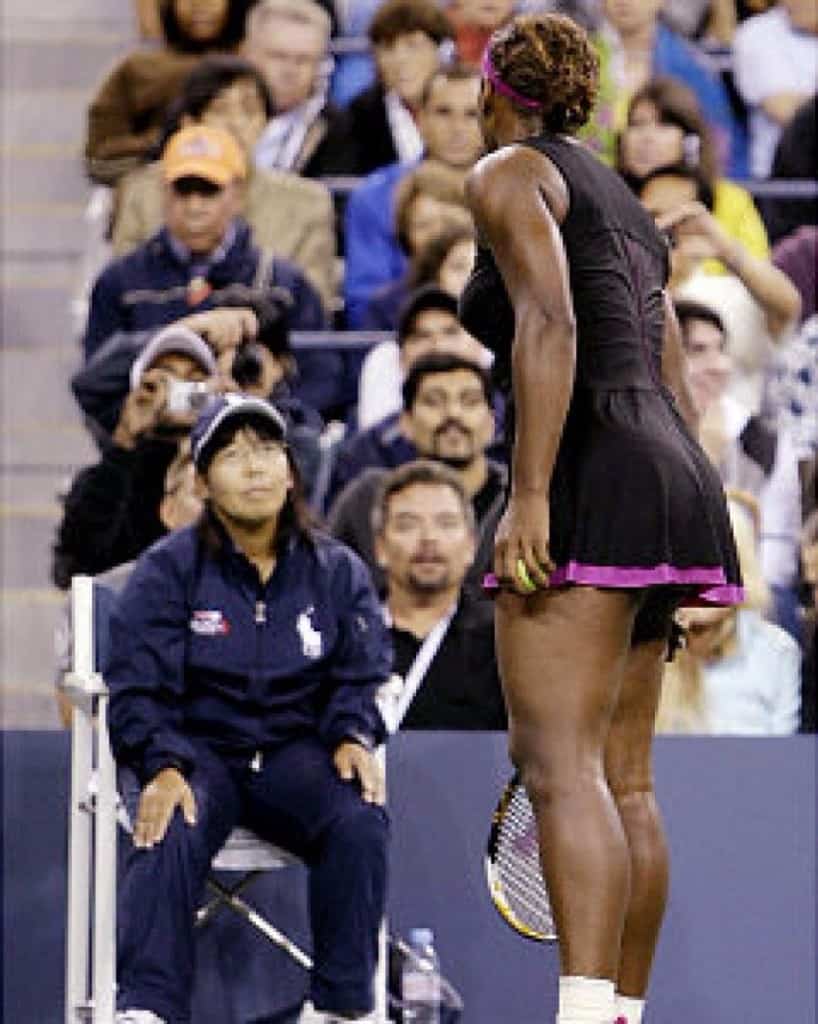 The second set of the 2009 US Open women’s semifinals was a battle between Serena Williams and Kim Clijsters. Clijsters was in the lead when a judge called a foot fault on Serena Williams. It didn’t well with Selena who stepped towards the judge yelling: “I swear to God I’m [expletive] going to take this [expletive] ball and shove it down your [expletive] throat.” Since it was a match point, Serena got punished with a mandatory point penalty and lost the match. She was also fined later and had to pay $10,500. 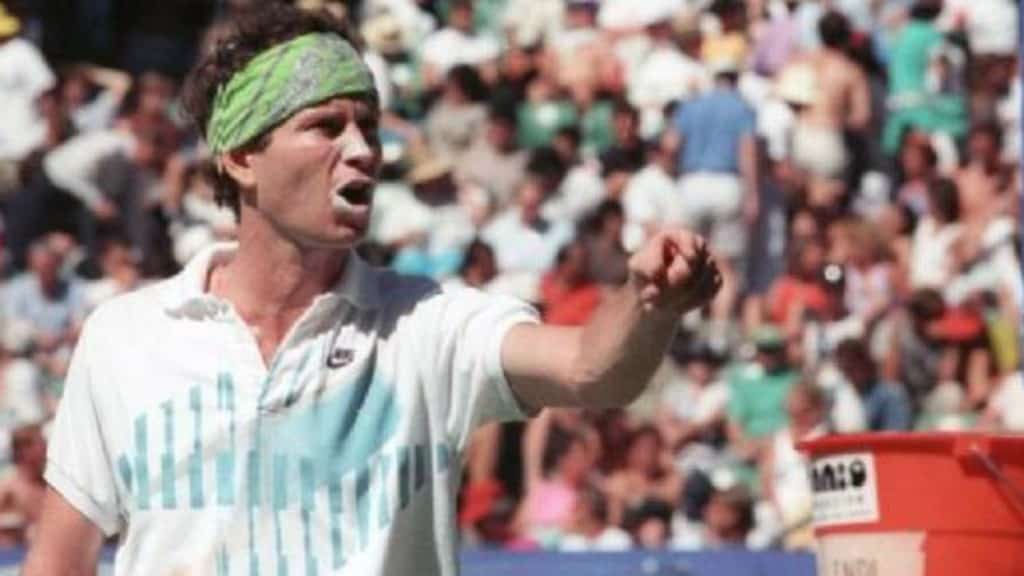 In 1984 John McEnroe was the best in the tennis world, holding a series of records and winning more than 95% of his matches for years. However, today he is remembered for his outburst at the 1984 Swedish Open. First he yelled at the judge, then called the judge a jerk and later exploded completely by striking his tennis bag with his racket, swiping his racket across a table holding water and to top it all, splashing the first row with water, the same row that included the King of Sweden. 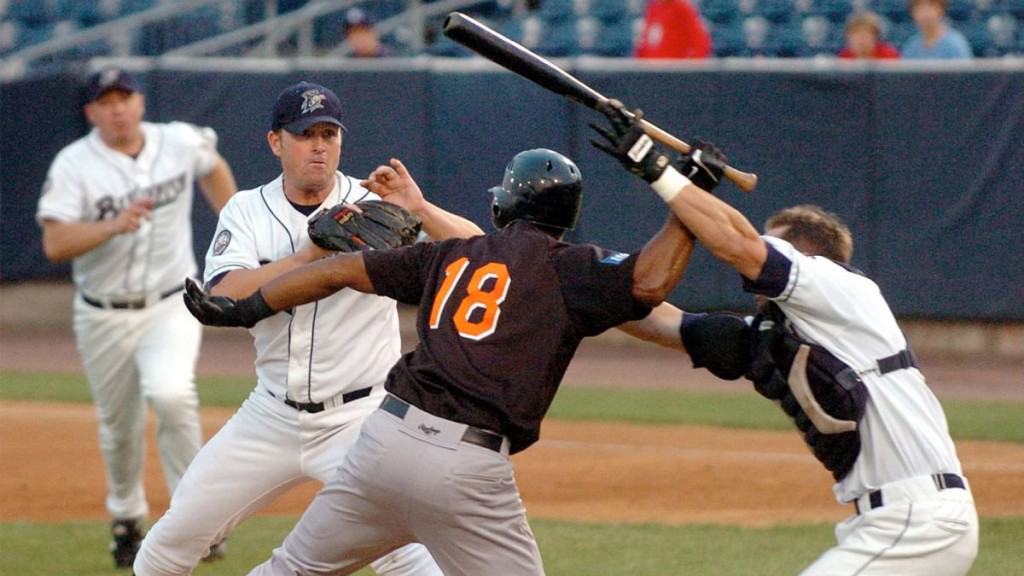 Jose Offerman, a former All-Star baseball player, lost his temper by swinging his bat towards his opponent instead of the ball. During his attempted assault, he managed to crack his team mate in the head with the baseball bat. It caused his team mate to retire and suffer permanent headaches. 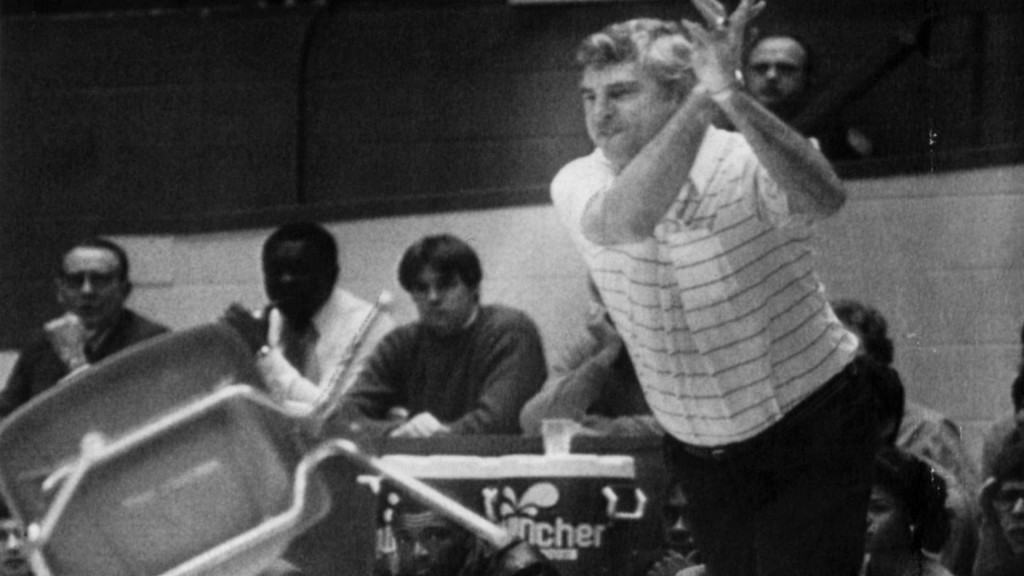 College basketball coach Bobby Knight was known for his unusually angry demeanor and outbursts when running his teams. His coaching style got very disturbing when, in 1985, he exploded, picking up a chair and throwing it across the court towards the judge who called a fault seconds before. He was later accused of chocking a student and fired from his job as a coach. 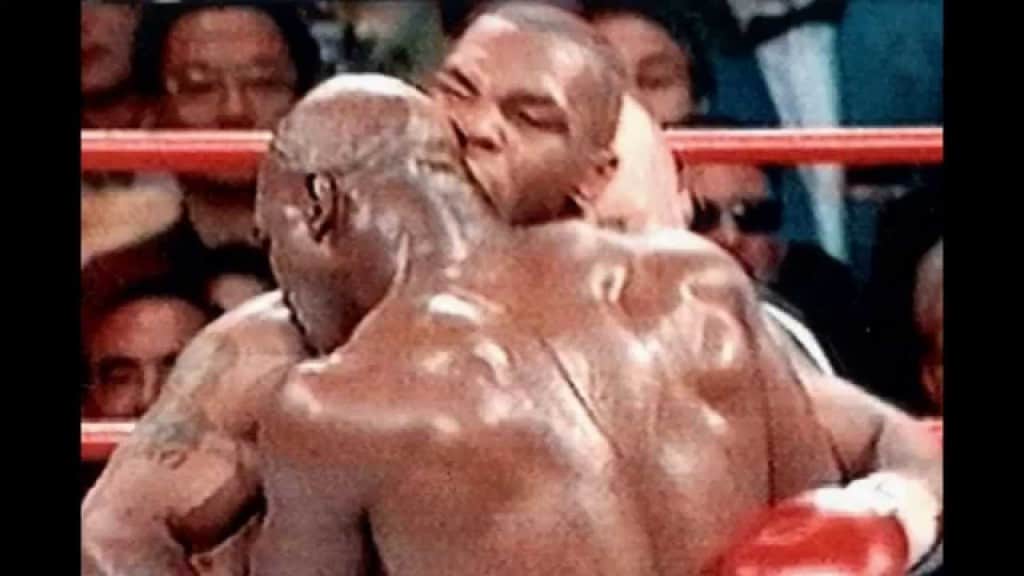 Mike Tyson crossed the line during 1997’s World Boxing Association heavyweight title fight in Las Vegas, NV. Tyson was losing, already suffered quite a few bad punches when he caught his opponent in a grip and bit his ear, tearing out a portion. After being warned by a judge, he then bit again before he was finally disqualified. 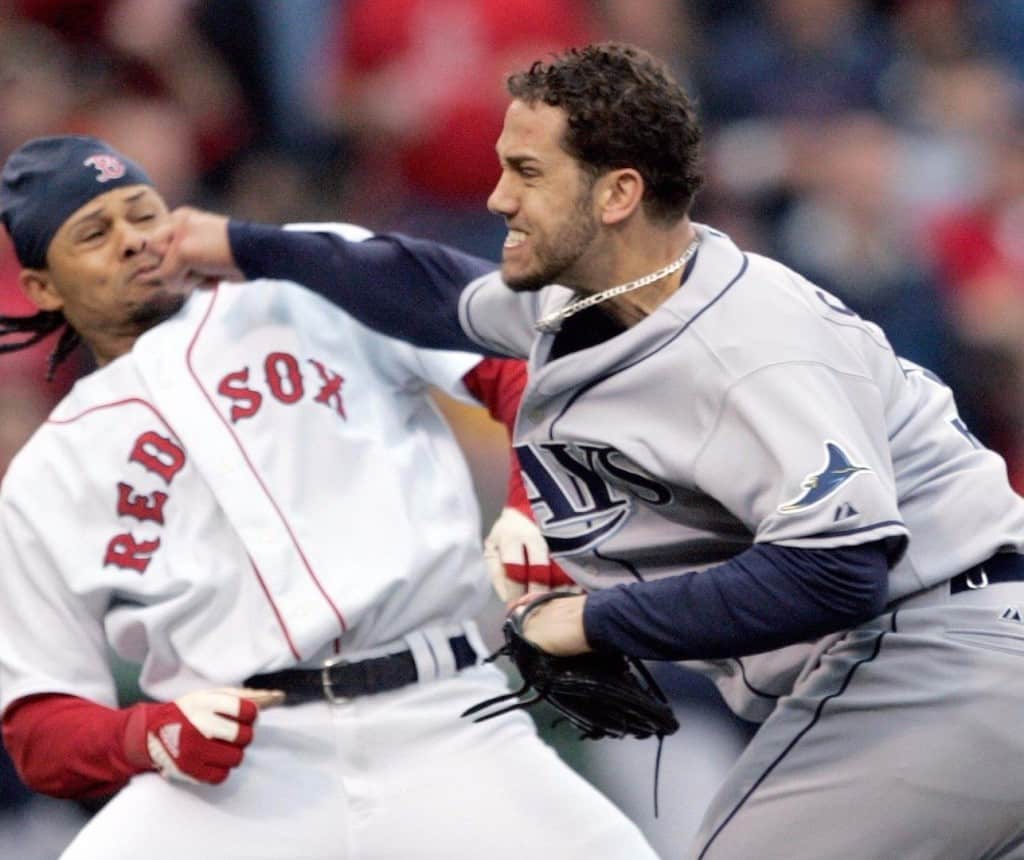 When Pawtucket Red Sox and the Scranton/Wilkes-Barre Red Barons met in 2001, it resulted with the Red Sox player Izzy Alcantara taking his revenge on the Red Barons pitcher Blas Cedeno by kicking him hard in the face. What prompted Alcantara to act that way was the fact that Cedeno brushed his back with his hand. The whole scene ended with Alcantara throwing several punches before both teams joined in to the brawl. 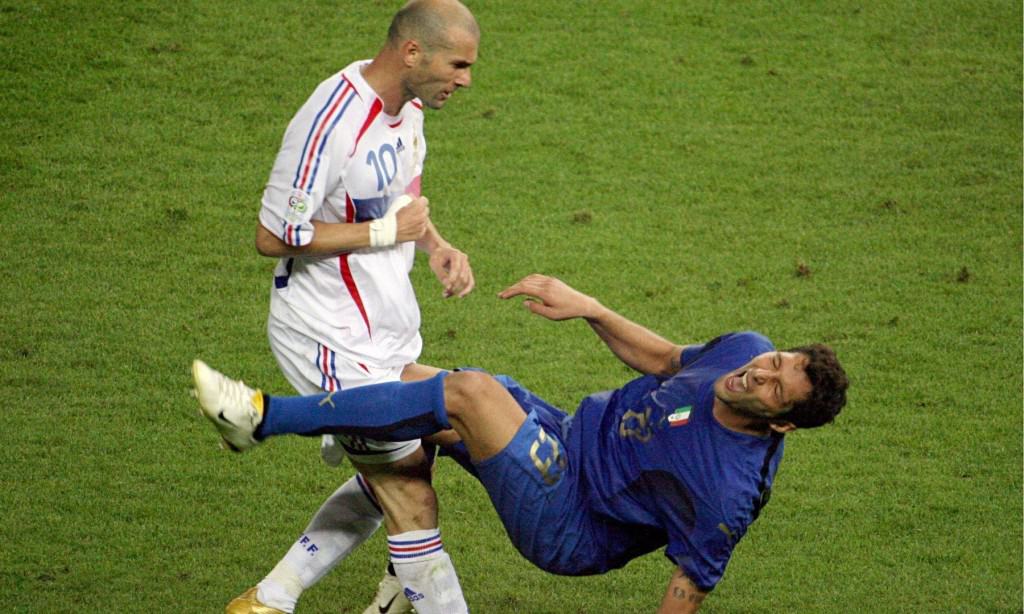 The most famous football moment in history must be Zenedine Zidane losing his temper in the 2006 World Cup when he headbutted the Italian player Marco Materazzi. His head kick came after Materazzi insulted Zidane’s sister and left Materazzi laying on the ground. Zidane received a red card for his actions. 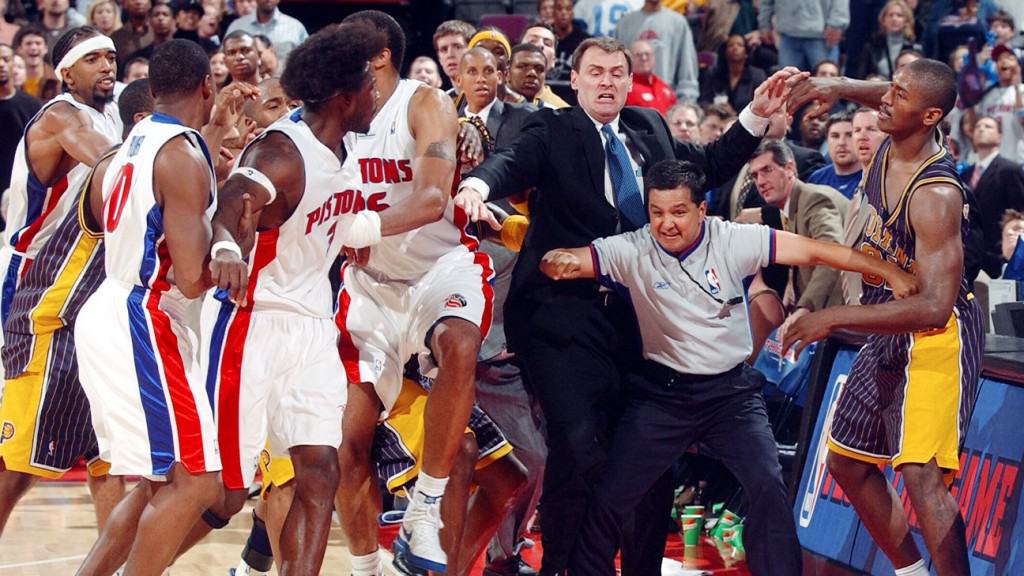 In 2004, the Detroit Pistons were on the cusp of losing to their division rivals, the Indiana Pacers. But before the game could end, Pistons center Ben Wallace was punched in the back by the Pacers’ Ron Artest. It proceeded with Wallace responding with a punch of his own to Artest’s throat. The teams, and even the fans got involved, throwing punches. The brawl lasted for two minutes and ended with nine players getting suspended for a total of 150 games.