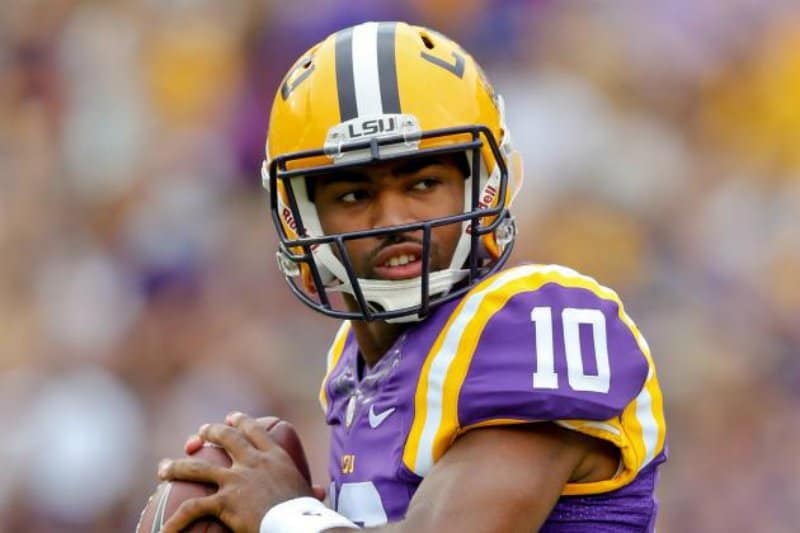 Starting quarterback Anthony Jennings and two other members of the LSU football team were arrested earlier this week on charges of burglary. The Sporting News reports that Jennings, defensive lineman Maquedius Bain and defensive back Dwayne Thomas are all suspended from the LSU football team after having been arrested for “unlawfully entering a domicile.”

The three players were caught after they broke into an LSU student’s apartment. The twist is that Jennings and company say they were breaking into the place in order to take things back that belonged to Jennings and were stolen the week prior. The players, and three other men who were not on the football team were spotted by police carrying three pairs of shoes and a PlayStation 4 out of the apartment. The news of these legal problems come just a few days after another LSU player was suspended from the team after he got into a bar fight.