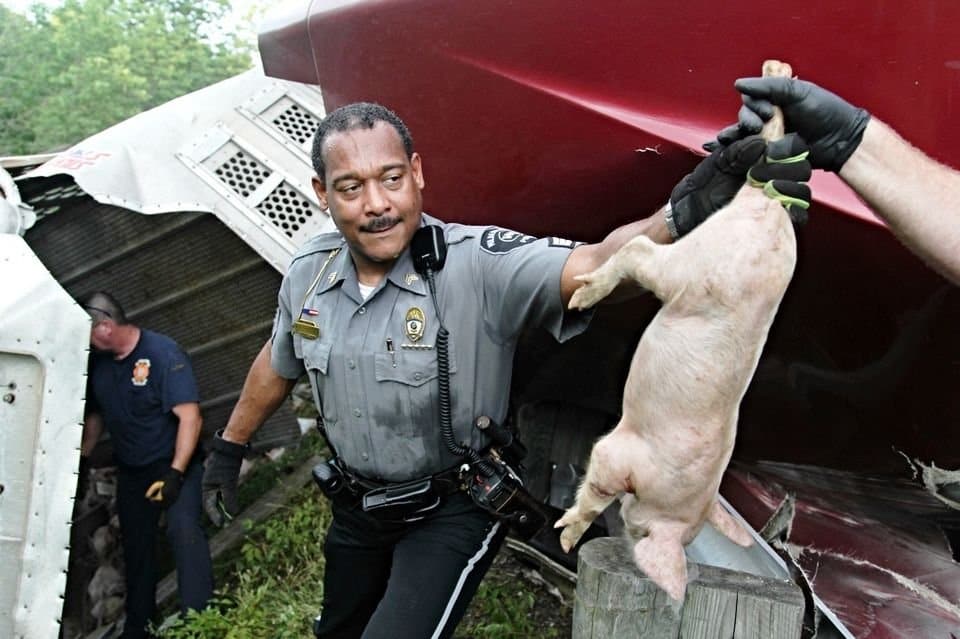 Over 2,000 Little Piglets Loose In Ohio After Accident

An accident just outside Dayton, Ohio, on Monday took the lives of some little piglets and left a lot squealing and running loose. It looks as though over 2,000 of them had to be rounded up after the semi truck carrying them rolled over.

The driver lost control of his truck as he was hauling the little pigs from South Carolina to Indiana, but he was not injured. His fiancee, who was riding along, did however sustain some injuries. It’s unfortunate that not all of the little ones survived to make it to the breakfast plate as bacon or sausage, but luckily nobody sustained any major injuries.

The rescued piglets were housed at the Greene County Fairgrounds and evaluated for stress. Those that were deemed to be stressed out due to their harrowing ordeal would need to be euthanized. However, reports said that after they were sprayed down most of them seemed fine.