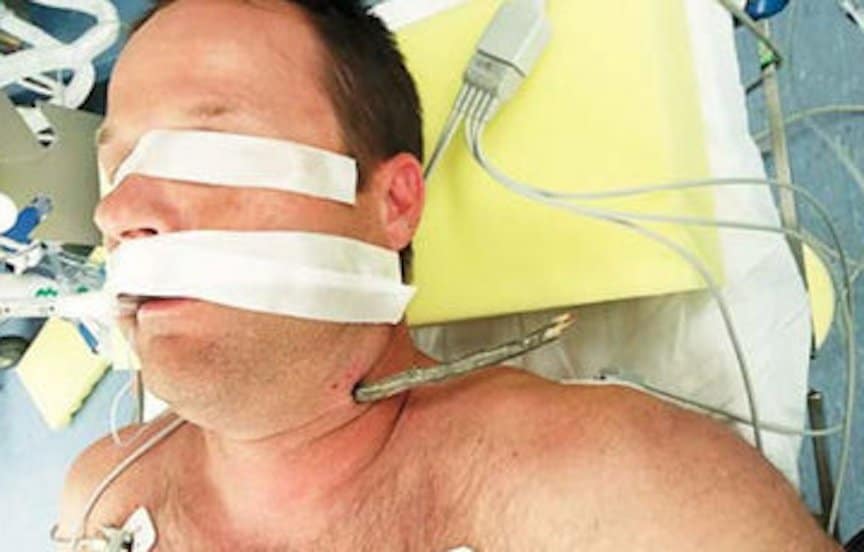 Cyclist Bikes 20 Miles After Being Impaled

If you have ever gotten a chance to watch the Tour de France then you probably already know just how tough cyclists have the potential to be. While an unnamed mountain biker in New Mexico might not be a pro who cycles hundreds of miles at a time, that does not mean he is not as full of tenacity and strength. On the contrary, how can anyone say that someone like Alberto Contador could survive what this average guy has been through?

An unidentified 40 year-old man was out on his mountain bike when he fell and was impaled in the neck by a tree branch. While it is incredibly common and easy to suffer serious damage with such an injury, the man remounted his bike and rode 20 miles to the nearest hospital to seek care. It turns out the rider was very, very lucky as doctors found that no traumatic damage had been incurred. The wound was treated and closed without complications and the man is doing very well.