The world is a magnificent place, teeming with life, however one of these life-forms are unlike all of the others. Humans have evolved over time to be the only species that doesn’t adapt to the world, it makes the world adapt to them. Through massive commercialization, industrialization and construction, we humans have changed the world to fit our needs.

Rarely do we think about what we’ve done to the world, how we’ve changed it to suit our needs, and when we do; it’s because of the idea of global warming has been pushed upon us. Humans have made a drastic impact on Earth, one which will take thousands, if not millions of years to be undone. Here are 20 pictures showing just how we’re slowly killing our planet. 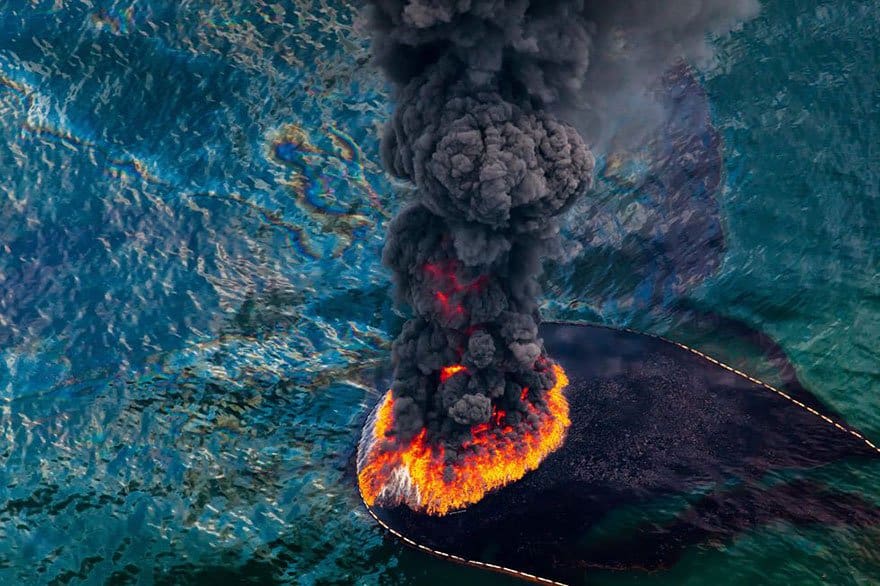 In 2010, Mexico was left with a devastating oil explosion resulting in 16 workers injured and 11 workers never being found, this was known as the “Deepwater Drilling Rig Explosion”. 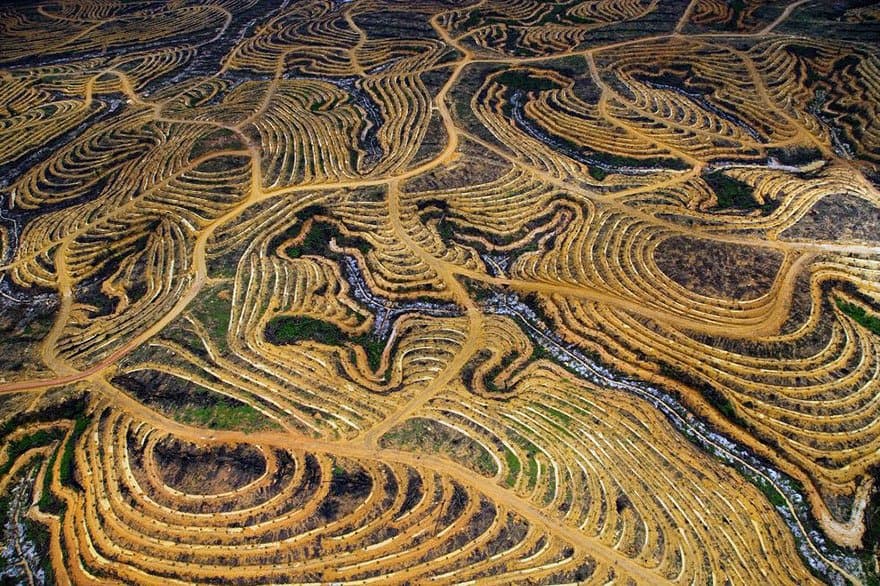 Palm oil is the cheapest oil that we can get, and as the demand for the product is rapidly increasing, the Indonesian Government has responded to the public by setting a target to increase oil palm production up to 40 million tonnes by 2020, thus leading to rainforests in Borneo, Indonesia to be transformed into palm oil plantations. 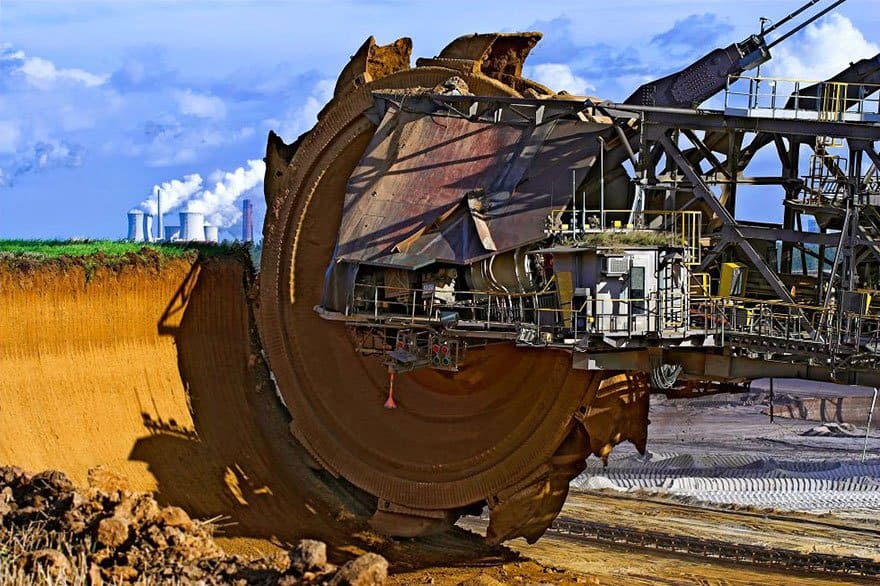 Pictured here is the worlds largest vehicle – a bucket-wheel excavator, the buckets depicted in this image can hold up to 200 tonnes each. These are used on surface mining operations to remove waste rock in order to reach the desired mineral — aiding in the destruction of our planet for mining interests. 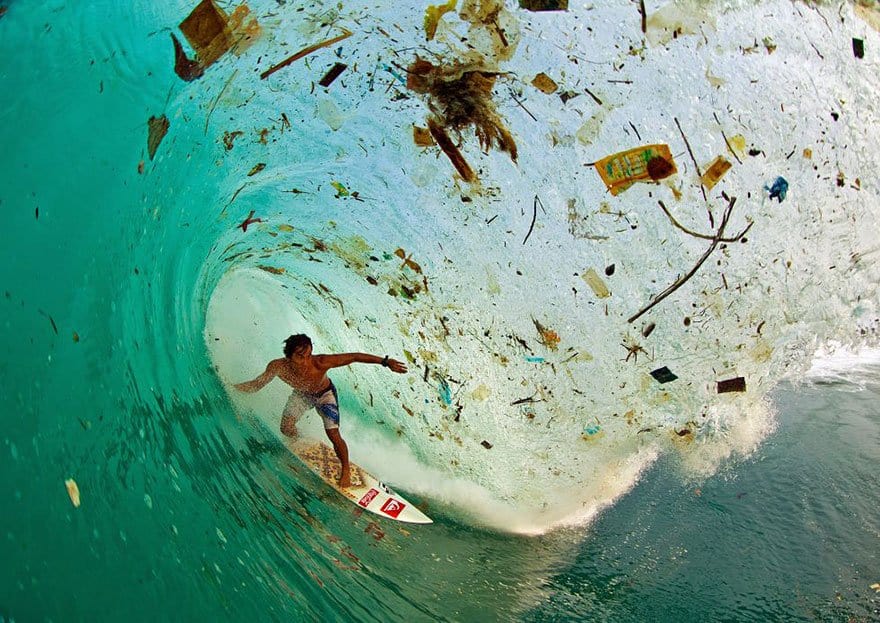 Food wrappers and bottles were spotted in a massive wave, off the coast of Java, Indonesia, as a surf photographer tried to get a picture of a professional surfer.

The photographer had said that the trash showed up out of nowhere, consisting of tree trunks the size of cars, food wrappers and bottles. 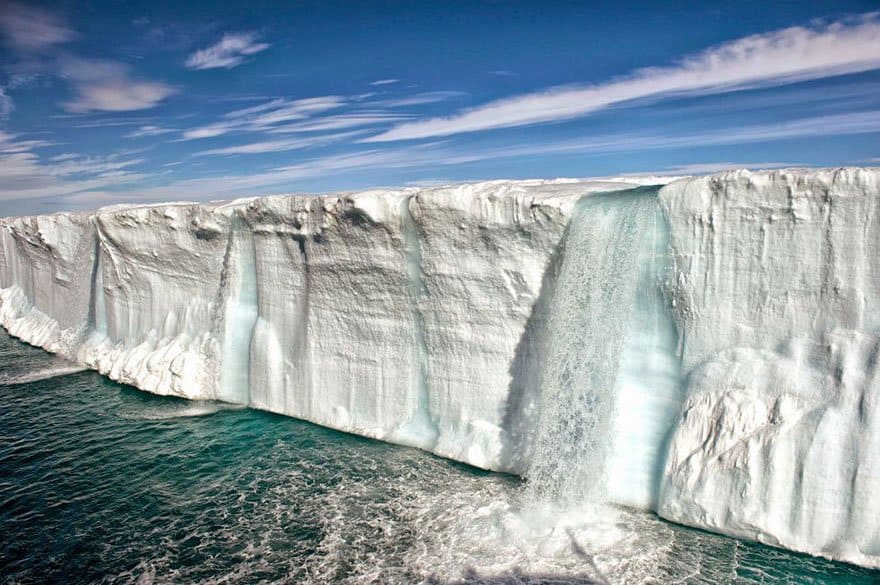 Although the melting isn’t strong enough to affect the oceans currents, it is still scary to know that massive ice bergs are melting and getting a lot smaller due to climate change.

Current estimates are that over 1.5 million Titanic-sized ice bergs are melting each year. While water level rises are currently insignificant, approximately 50 micrometers per year, over a long enough period of time it becomes significant. 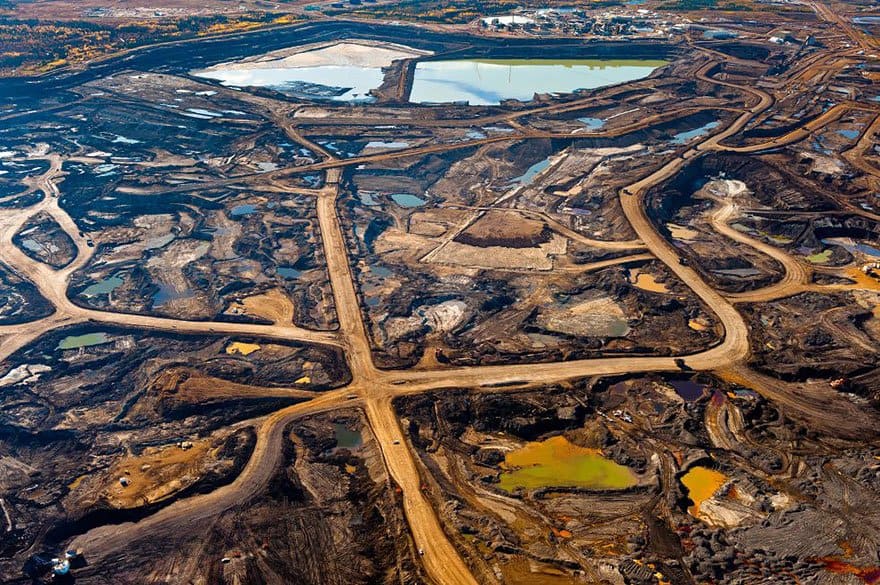 The Athabasca oil-sands are the worlds most largest instalment of bitumen, they consist of a mixture of crude bitumen, silica sand, clay minerals and water.

These oil-sands lie under 141,000 square kilometers of boreal forest and muskeg, containing around 1.7 trillion barrels of bitumen in-place.

A Hole In The Earth 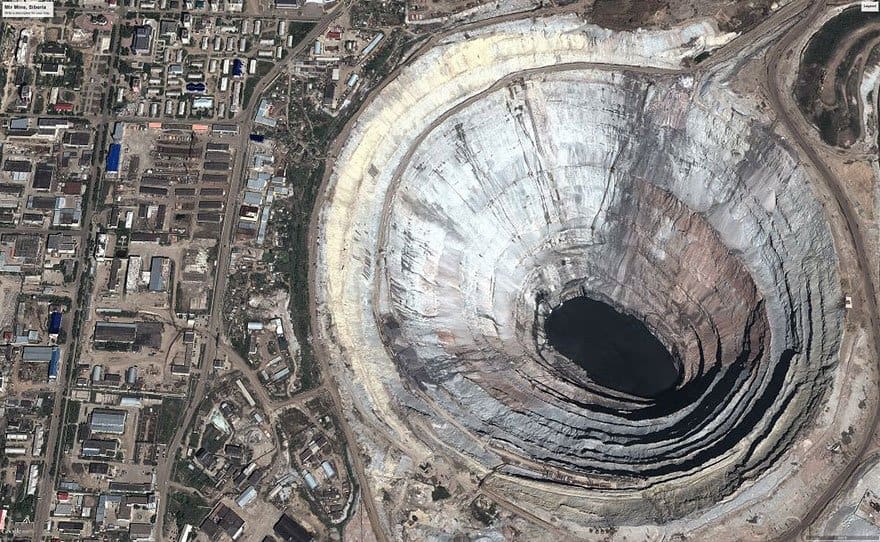 This may just look like a hole in the ground, however it is actually the world’s largest diamond mine, known as Mir Mine, located in Russia. 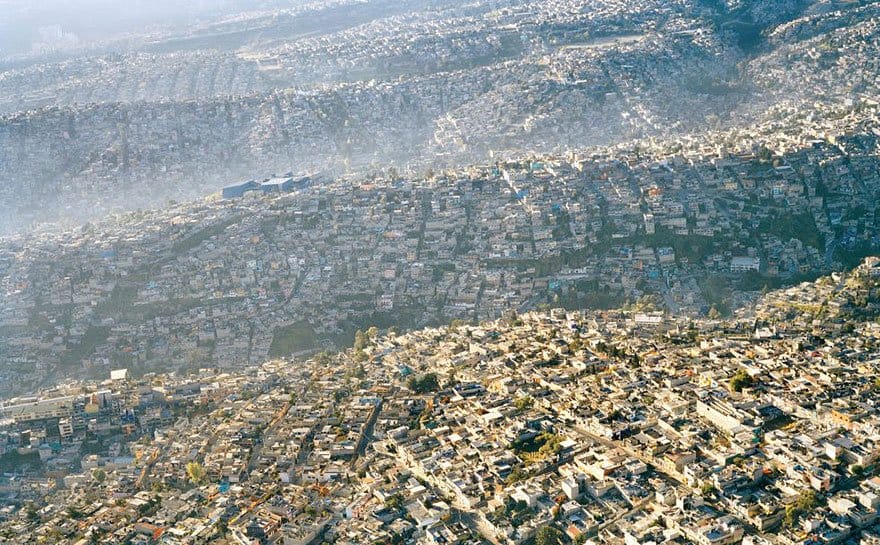 Mexico city is one of the world’s most heavily populated city, this image proves just how over-populated the city is due to the fact that you can barely see any vegetation; this may also be why the air pollution in the city is so out of control. 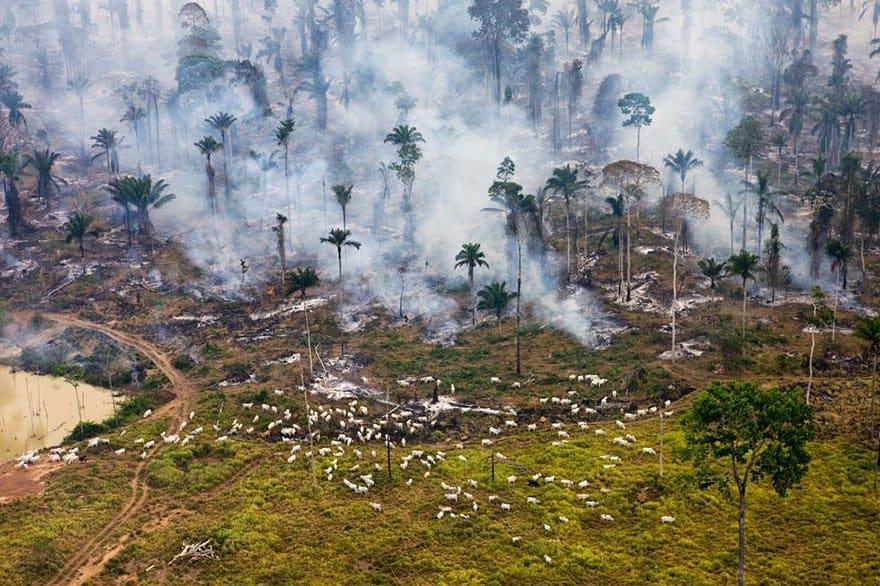 A drought in 2007 caused the forest fires to claim more rainforest than any previous years, approximately equal to 1 million football fields. 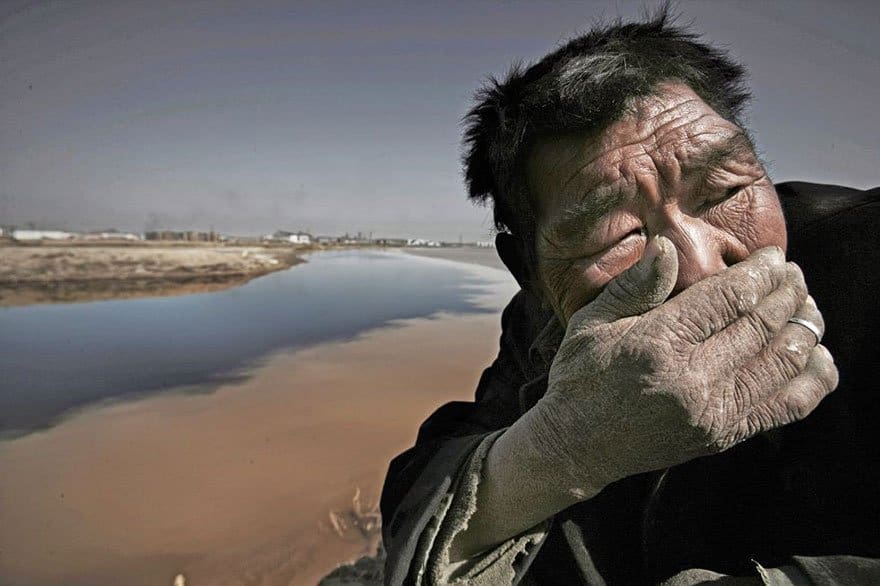 Air pollution in China is rising rapidly, due to massive industrialization. Current estimates show that a large portion of china has unhealthy to very unhealthy. Many people are opting to wear face masks to reduce the effects the pollution has on their bodies. 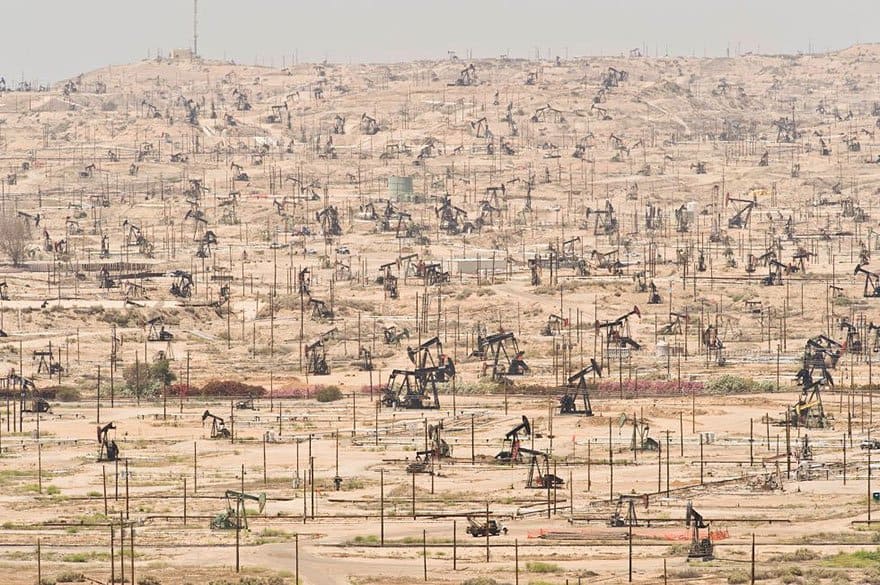 These oilfields located in California, U.S. have been exploited since 1899. By the end of 2006, the cumulative oil production from this location alone was estimated to be 2 billion barrels (320 million cubic meters).

These oil fields are not only removing precious natural resources from the Earth, the oil is burned, releasing greenhouse gasses, further damaging our planet. 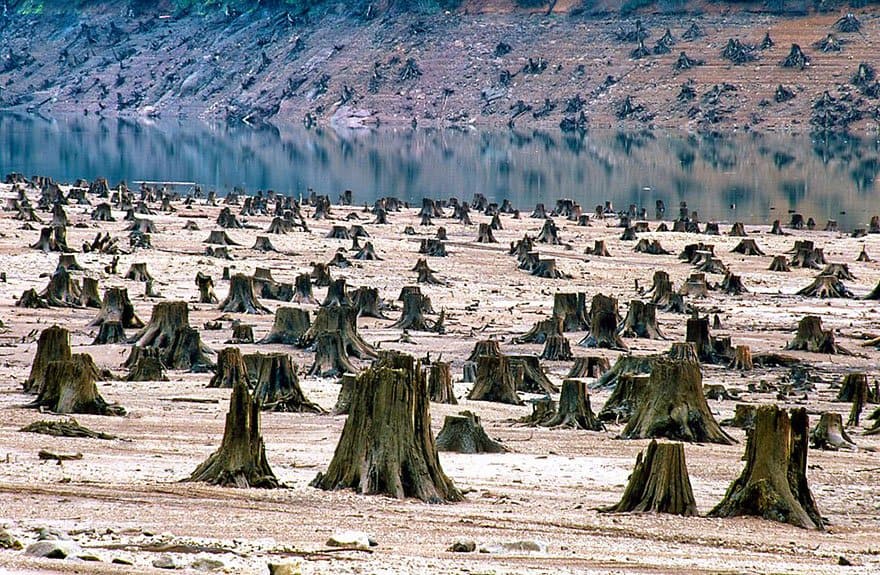 Deforestation is one of the major factors currently affecting our planet. While trees aren’t the major contributor to oxygen as many people believe, they still remove carbon dioxide and other gases from the atmosphere.

Deforestation also destroys habitats of local animal life, and reduces the diversity in the ecosystem. 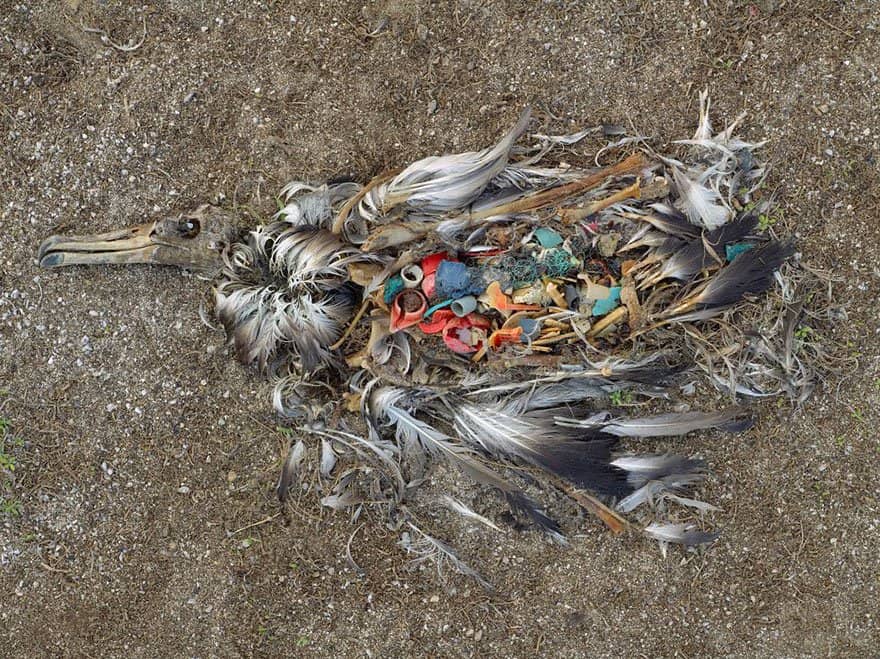 While we’re irreversibly damaging the world by removing precious fossil fuels, we’re creating objects which are killing wildlife. As can be seen in the image above, this albatross has swallowed plastic items, which it is unable to digest — leading to its death. 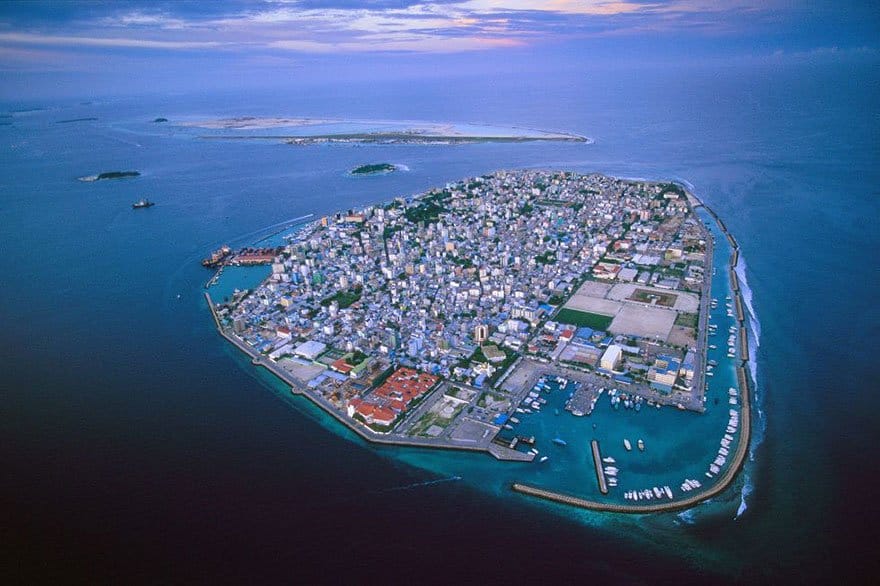 Due to global warming and the resulting rising sea levels, many low-lying islands may either reduce in landmass or completely vanish. While the effect will not be immediate, it’s seeming inevitable if no action is taken soon.

Furthermore, not only will many islands disappear off of maps, but many coastlines of larger countries will also disappear. 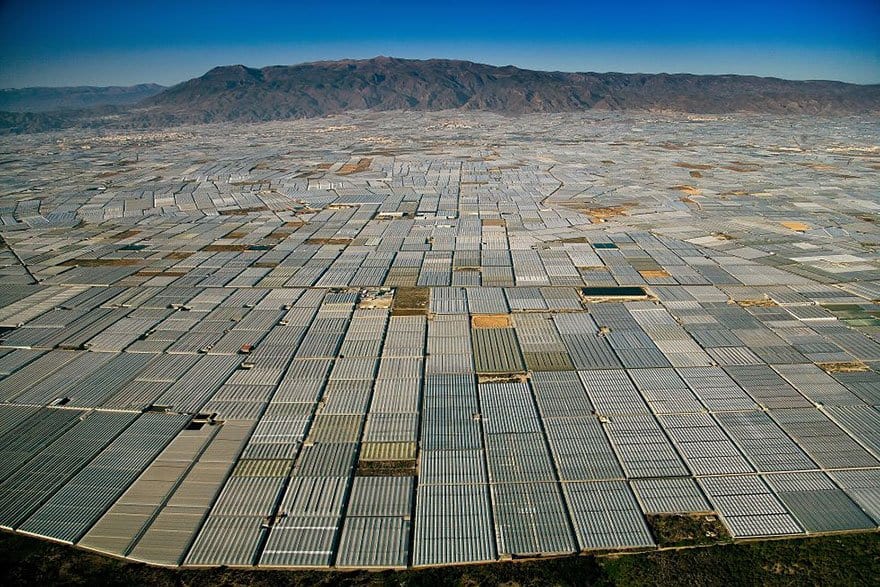 This massive sea of what looks like shipping containers are actually greenhouses. This is the largest concentration of greenhouses in the world, which are located on what used to be dry savannah desert. Due to technological advancements, many older pieces of technology are becoming obsolete. This results in massive dumps for electronic waste, which will not disappear anytime soon.

These dumps are fueled by companies introducing new iterations of their smart phones, tablets or computers every few months. 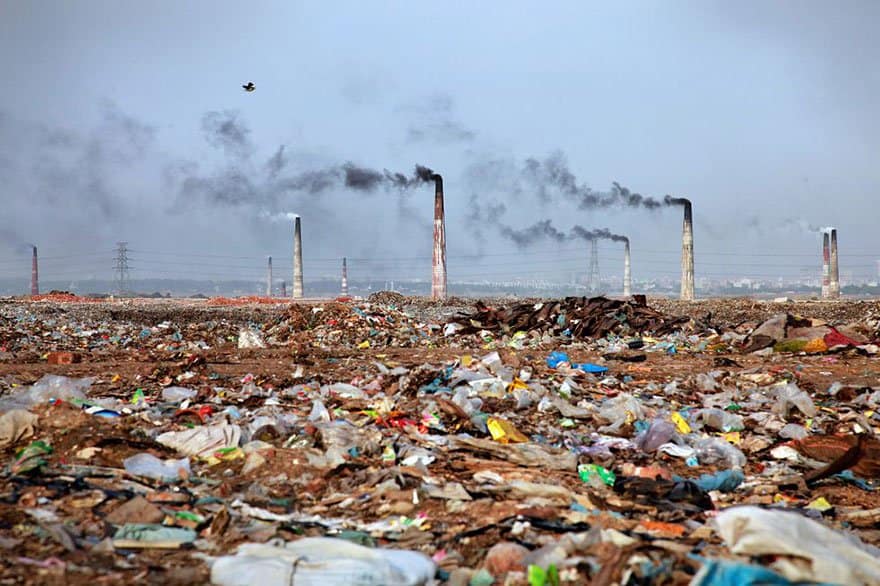 This land fill, located in Bangladesh, shows just how much waste us humans actually create. No other species on Earth has ever created as much waste as we have; and this waste takes thousands of years to degrade naturally. 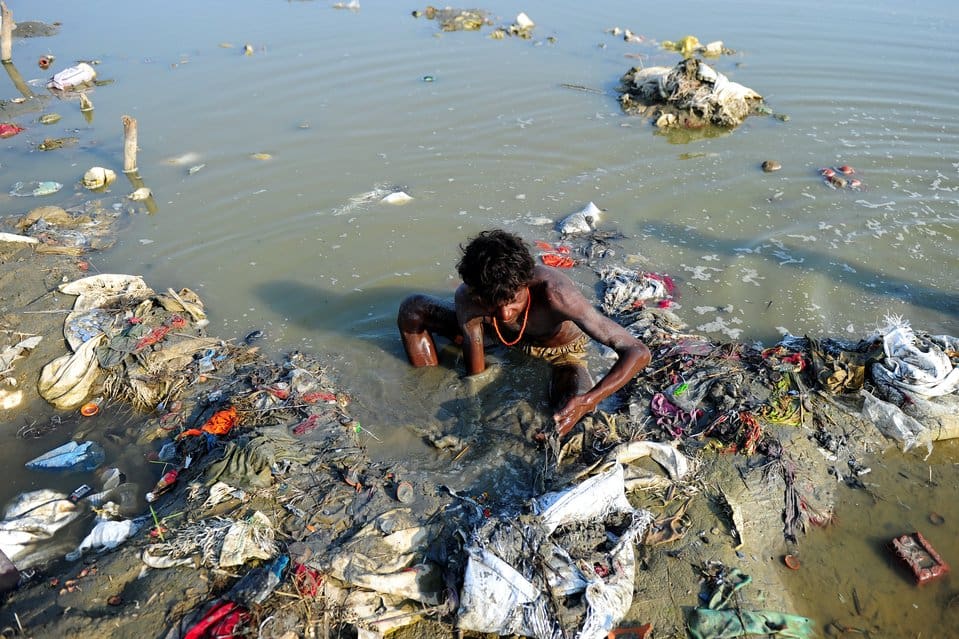 The Ganga is the largest river in India, with an extremely high importance to Hindus. The Ganges is filled with both human and industrial waste, however many people still use this river for bathing and washing clothes. 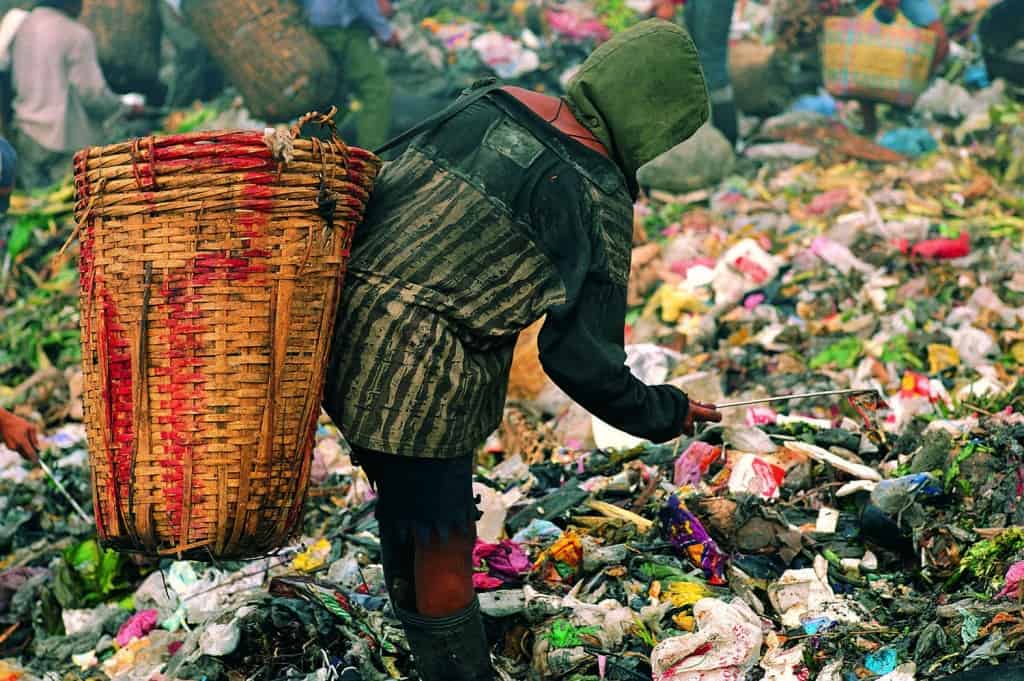 Overpopulation is becoming a large concern in some places around the world. In just 50 years, the population has doubled; from 3.5 billion to 7 billion. If this isn’t a cause for concern, then I’m not sure what is.

The effects of too many people living in such small cities or crowded areas can lead diseases, outbreaks, poverty, and more. A slum is characterized as a heavily populated urban informal settlement. While these do homes for people to live in, it relates back to overpopulation. The population is expanding at such a rate where there is a need for ‘informal’ settlements, since proper settlements can’t be erected quick enough.