The animal kingdom is filled with beauty and diversity. The world is filled with millions of flora and fauna, creating a beautiful and enigmatic world. It is sad to note that humans contribute to 95% of the animal kingdom’s destruction. We kill more species than any other, and we are mostly unaware that our daily actions are killing off the earth’s biodiversity.

A lot of us are unaware of the diverse animal kingdom apart from the ones we see in farms and zoos. There are so many more living beings to see out there — some beautiful, some bizarre, some graceful, some awkward. Here is a small collection of strange animals that look like alien species. And they’re very, very real. Enjoy. 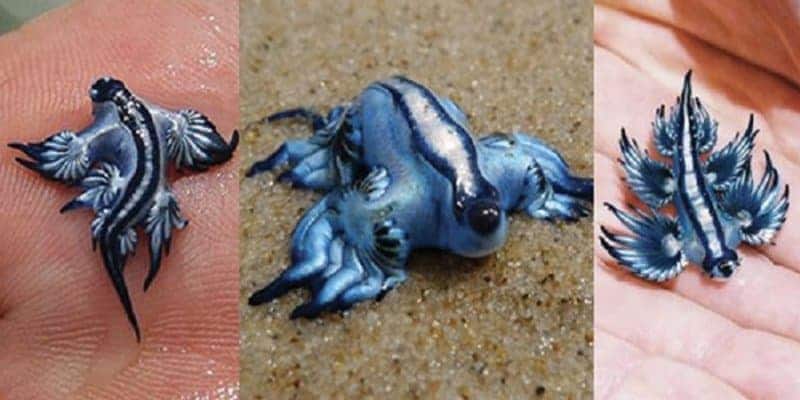 Glaucus Atlanticus or the Blue Dragon, is a species of sea slug. They are commonly found in warm waters in oceans. It floats on the ocean’s surface through a gas-filled sac in their stomach. 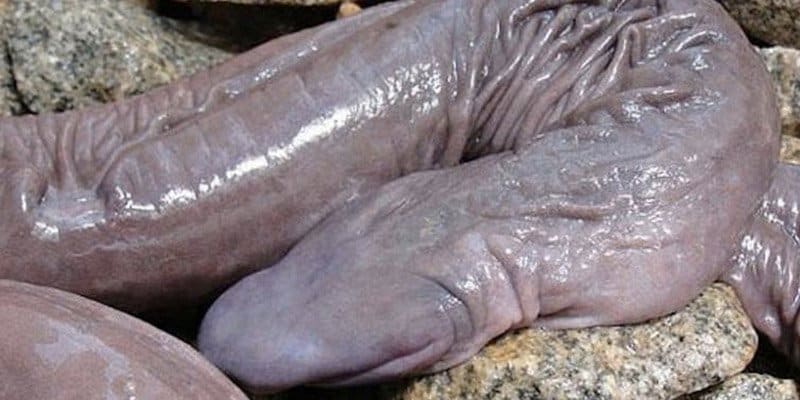 This peculiar animal looks like… well… a male organ. it is scientifically called Atretochoana Eiselti, with a broad, flat head that resembles a penis’s. 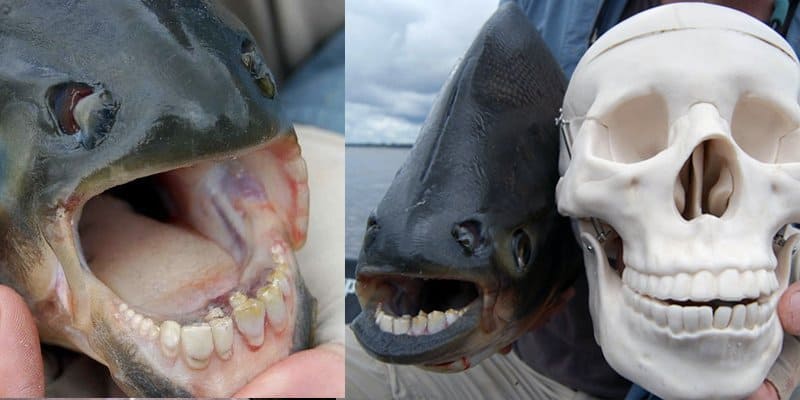 This fish is found in the waters of Papua New Guinea, looks like they have human teeth. It is locally known as ‘ball cutter’ because they are worried that the fish would cut the testicles in the water. 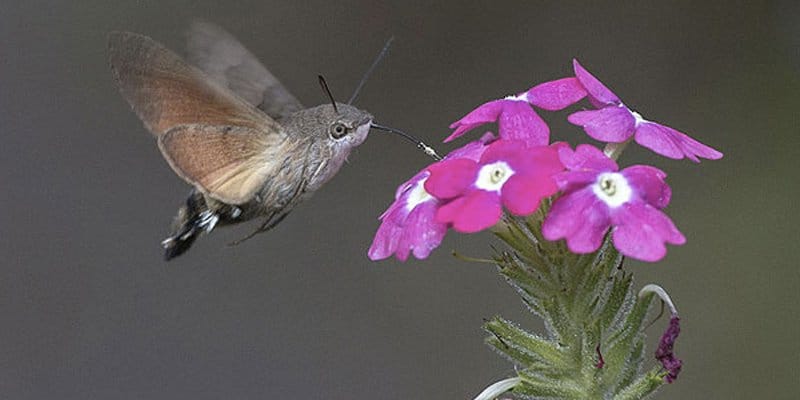 It looks just like what it’s called — half moth, half hummingbird. It makes the same humming sound but belongs to the moth family. It feeds on flowers ind is surprisingly good at learning colors. 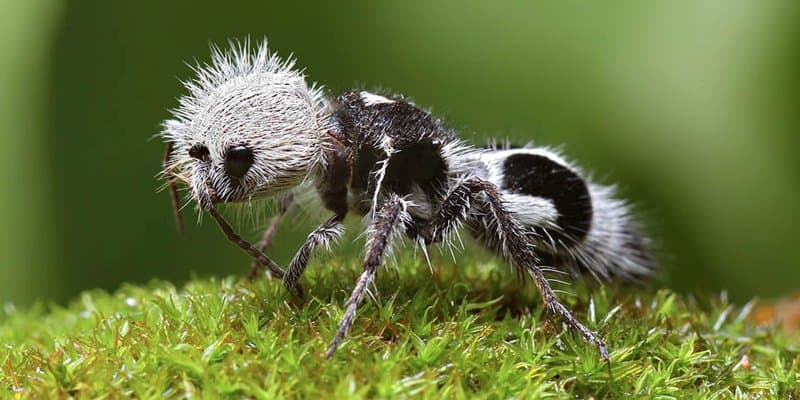 Panda ant, also known as cow killer or cow ant, is not an ant but rather comes from the wasp family. It is known as panda ant because of its striking black and white color resembling that of a panda. It is found in Chile and are known for their dangerous and painful stings. 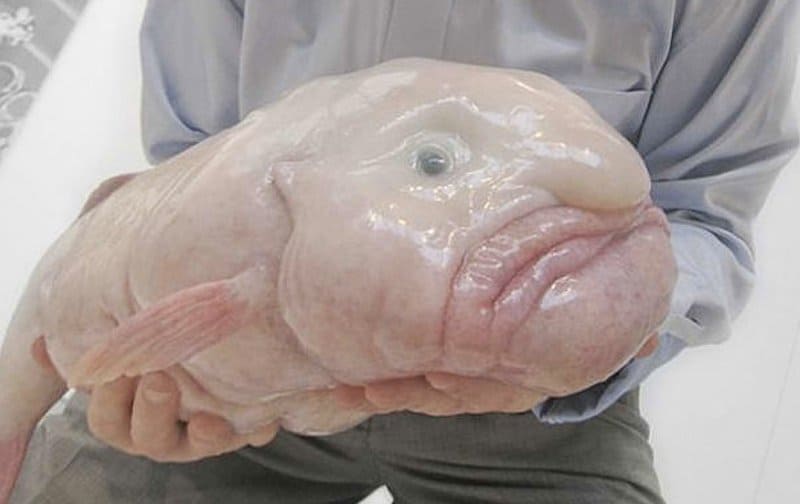 Not trying to be discriminating, but this is probably the ugliest animal in the planet. They live incredibly deep in the ocean where pressures are high, hence the fish features a gelatinous, gooey skin adapted for survival. This allows them to stay buoyant deep underwater where gaseous bladders no longer function. 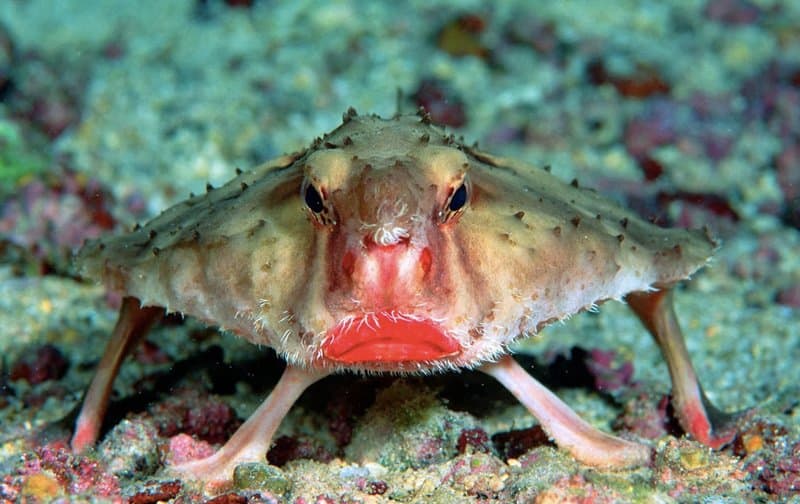 A local in the Galapagos Islands, the Batfish is a pretty horrible swimmer and uses his pectoral fins to walk on the bottom of the ocean’s surface. 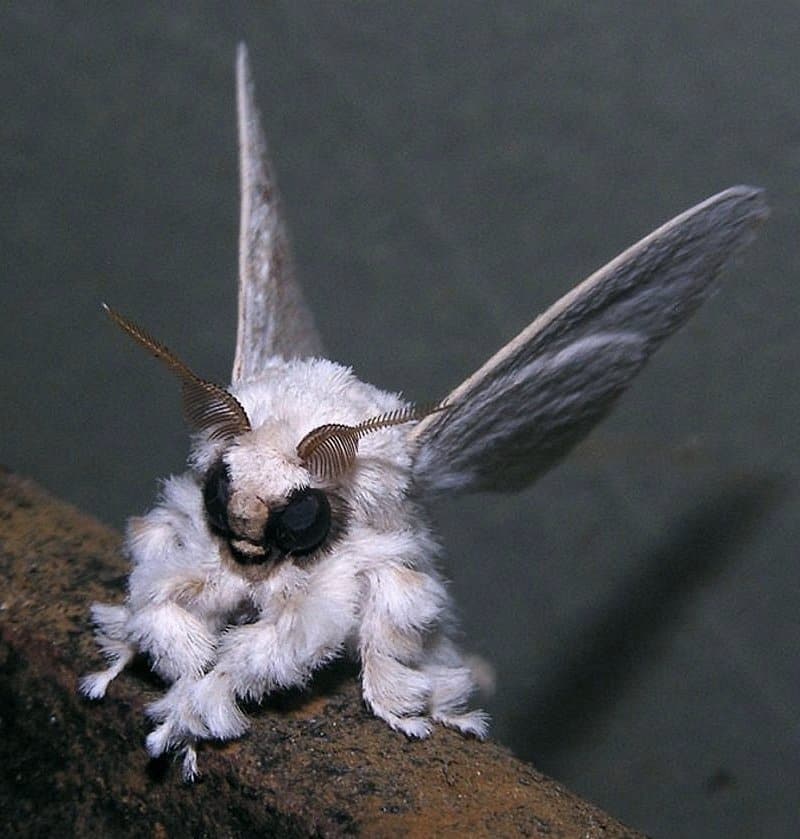 Not much is known of the species yet, as it was just recently discovered in Venezuela in 2009. It looks terrifying and lovable at the same time. 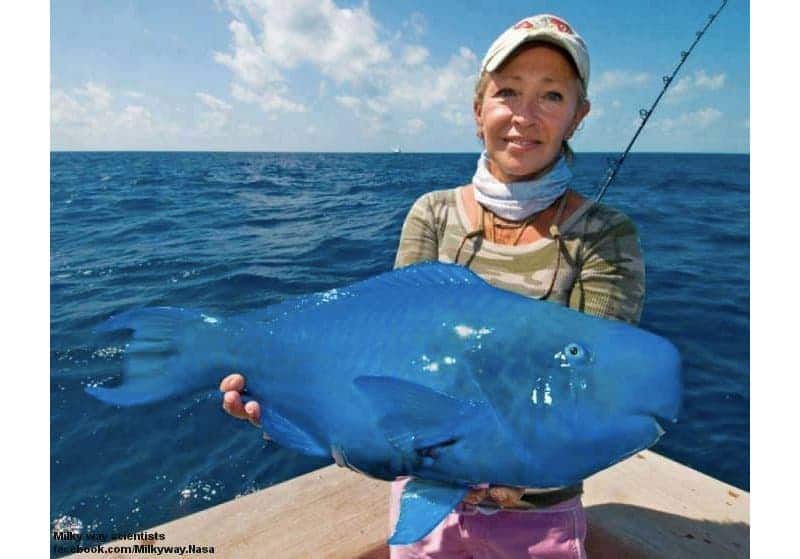 The Atlantic is home to the bright blue parrotfish and spends most of his time swimming around the waters looking for food. 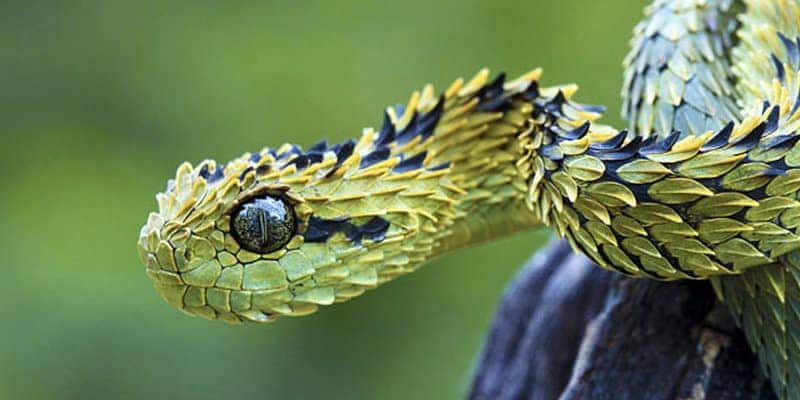 The scaly Bush Viper is a carnivore predator and nocturnal hunter. The Bush Viper lives in the tropical forests of Africa. 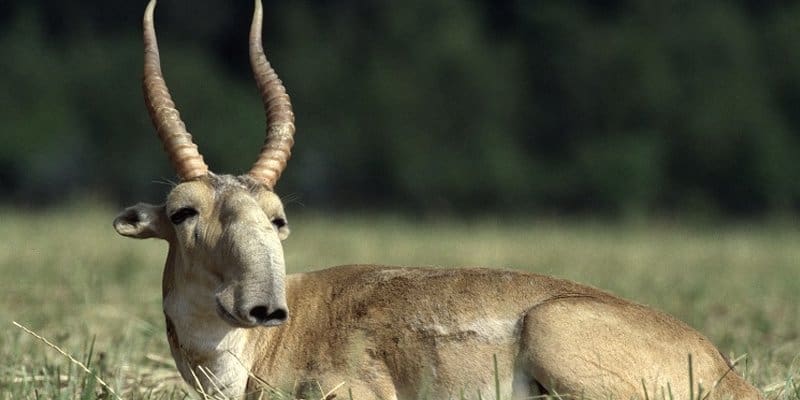 The saiga is a critically endangered antelope known for its unusual, flexible nose structure. It is found in Central Asia. 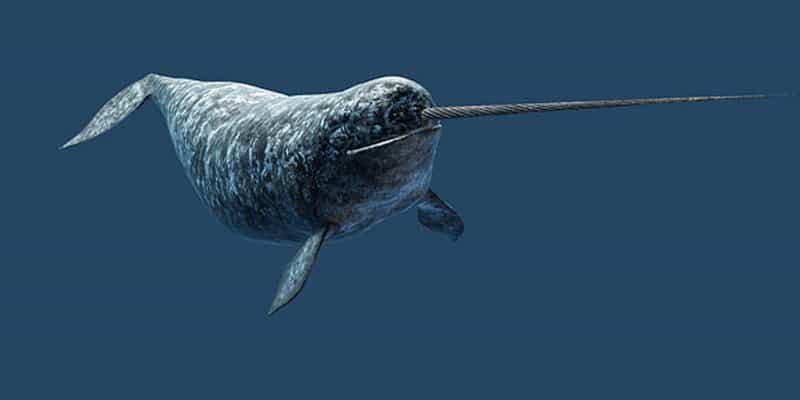 It looks like a mythological creature, but this exists in real life. The narwhal, a graceful toothed sea mammal found in the arctic is also greatly endangered. It is most sensitive to climate change and has been hunted by over a millennia for its meat and ivory. 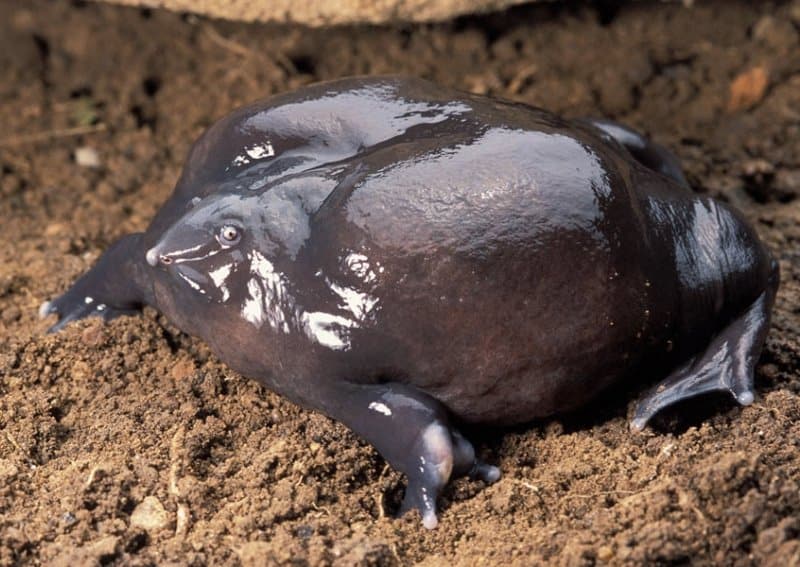 This purple species of frog found in India has an odd-shaped snout and bloated body. It prefers to stay underground for most of the time and only spends 2 weeks a year on the surface. 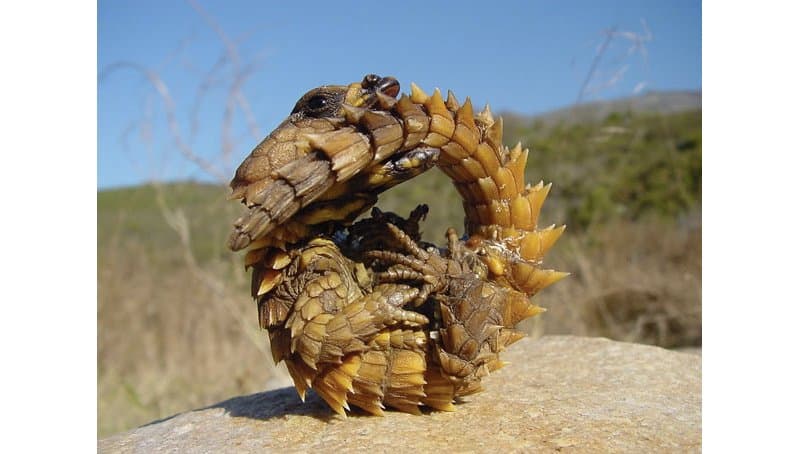 Looks like some kind of Pokemon, but this lizard actually exists! An expert camouflager, the lizard has a false head, which he uses to show to predators while hiding his real one. 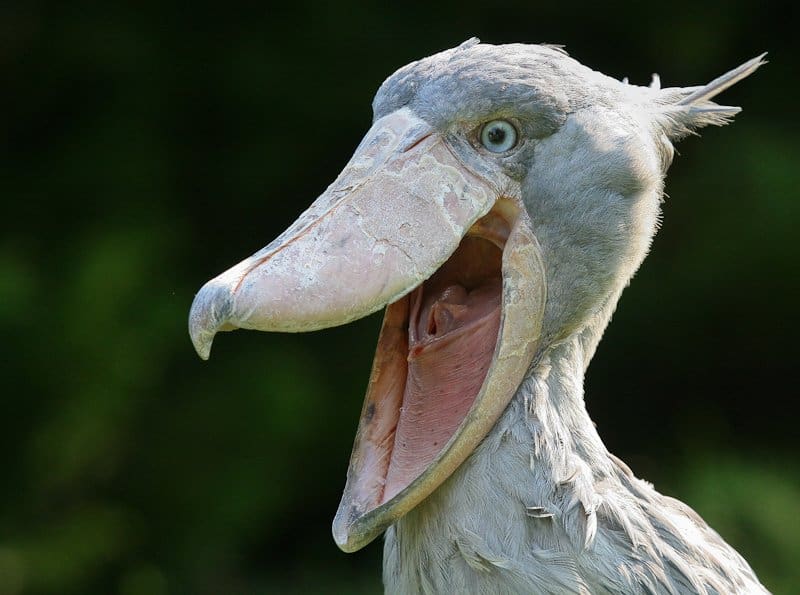 The Shoebill is a large bird resembling a stork, but with a shoe-shaped beak. Even if the Shoebill has been known for thousands of years, the bird was only formally classified in the 1800’s.

Dumbo Octopus are known to live the deepest in the ocean among all octopus species. They live on the sea floor or hover slightly above it.

The fins on top of the head make it look like ears, and thus it is called ‘Dumbo Octopus’. 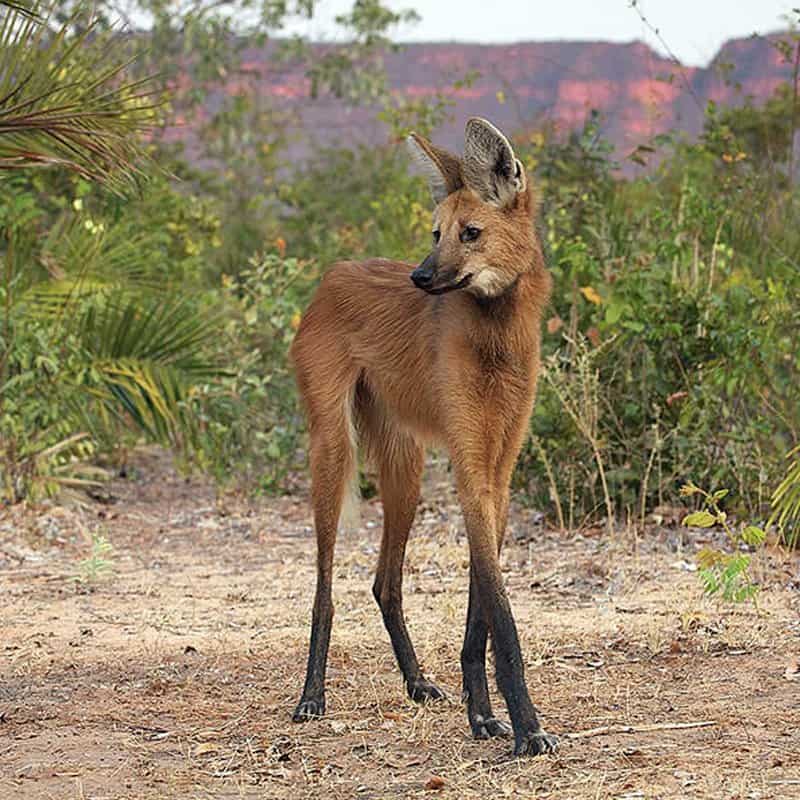 The maned wolf looks like a cross between a wolf and a deer, but it is more closely related to the fox and bush dog. It is native in the Amazonian dry forests. 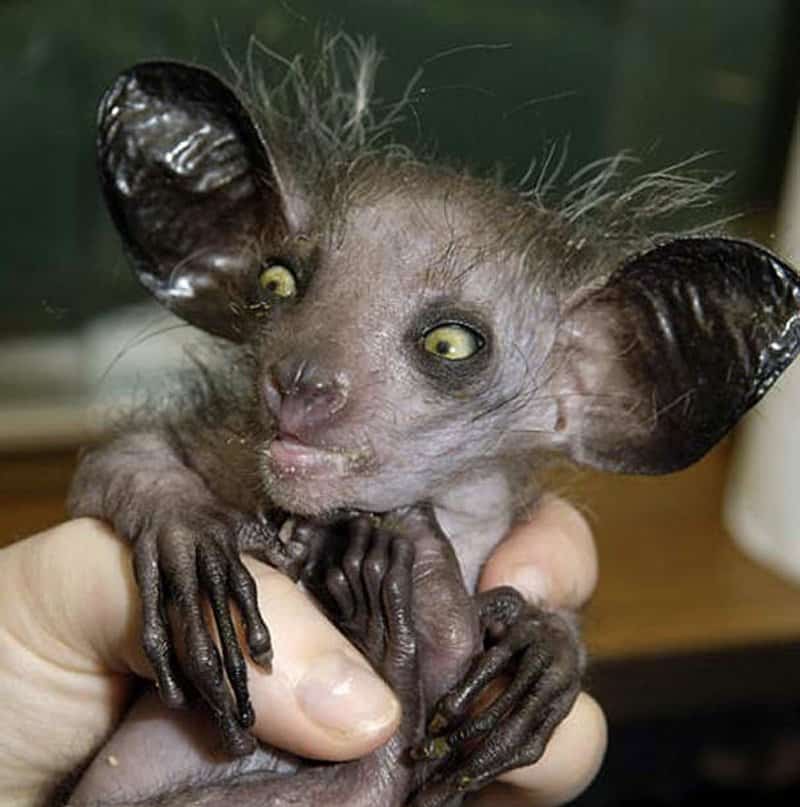 Aye-aye is the world’s largest nocturnal primate and is a lemur. Aye-ayes can only be found in the island of Madagascar. 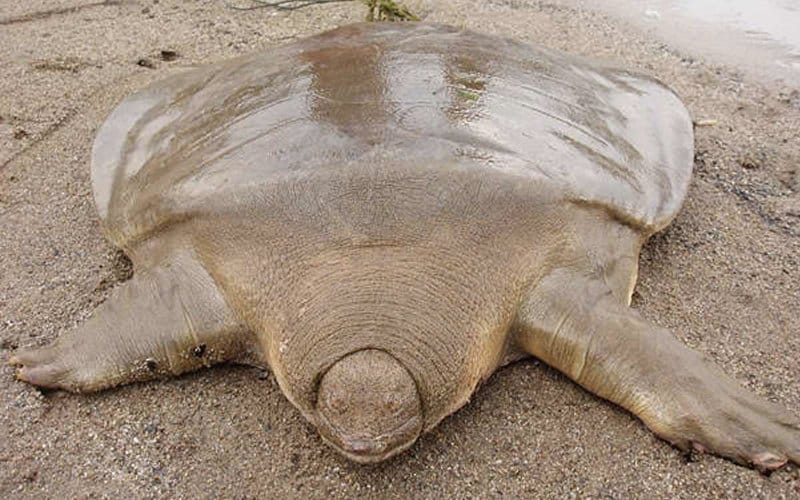 Cantor’s Softshell Turtle is a freshwater turtle featuring a broad head, small eyes and a snout. They can grow up to 6 feet and up to 250 kg! The turtle spends 95% of his life buried and motionless, with only his eyes and mouth protruding from the sand to get food. What a lazy animal. 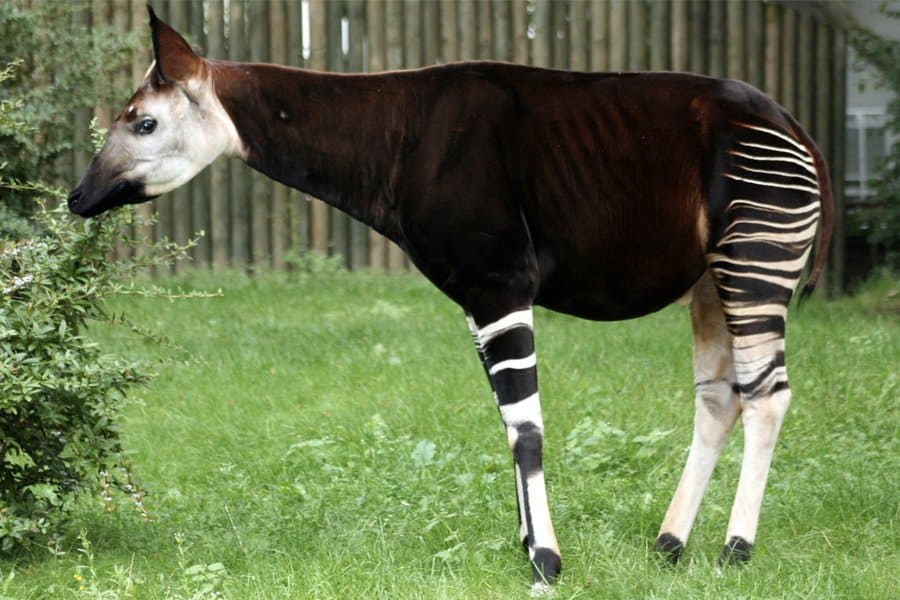 The Okapi is found in Congo, Central Africa. Despite its zebra stripes, it is more closely related to giraffes.