20 Pictures Of Animals In Hats To Brighten Up Your day

People do all kinds of things with their pets and their animals. They pose them for pictures and they dress them up, these people, however, did the best thing they could do dressing up their pets and animals, they put hats on them! Yes, you read that right — hats. Here you will find twenty of the cutest, silliest, funniest, and sometimes most shocking, animals wearing hats. You may be amazed that some of them stayed still long enough to capture a photo! 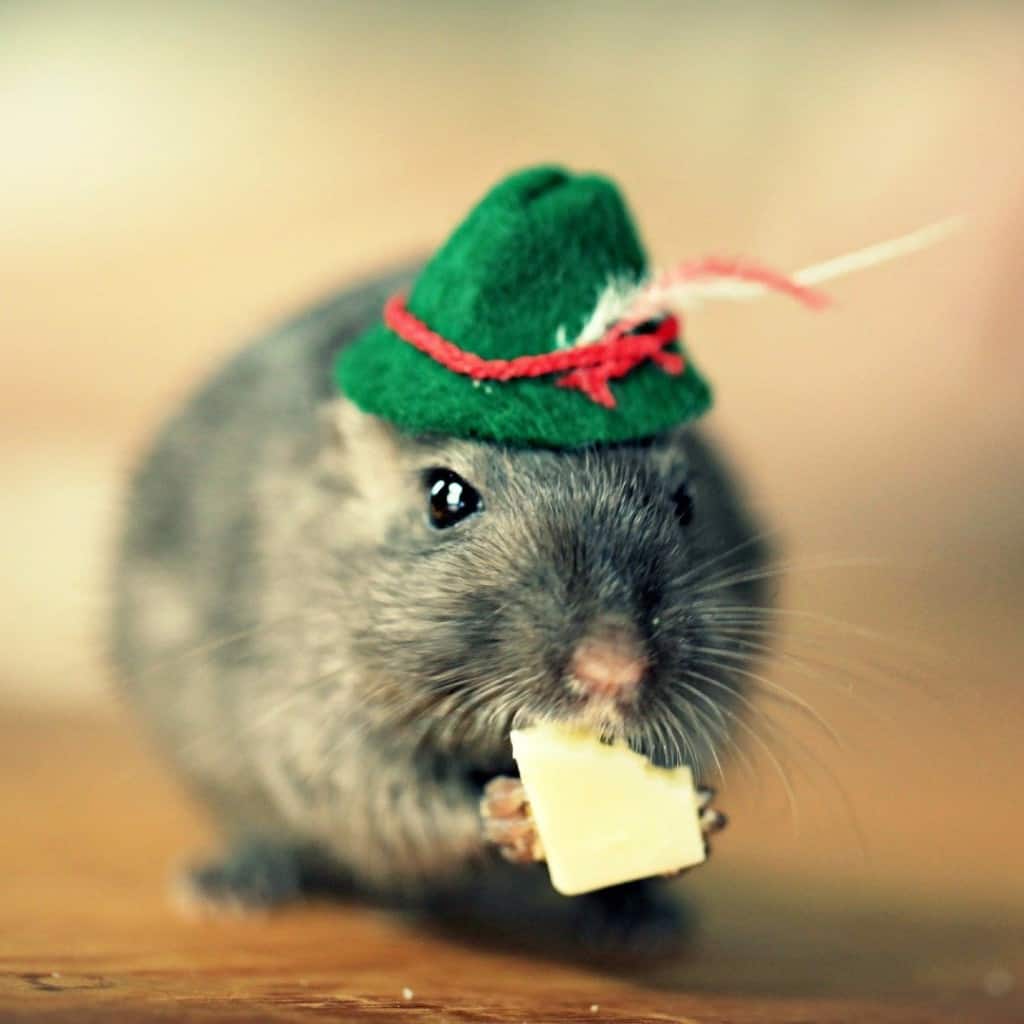 This little gerbil looks absolutely adorable in his hat. One can only assume that the only reason it stayed on his head long enough for the photo was because he was busy eating that piece of cheese. 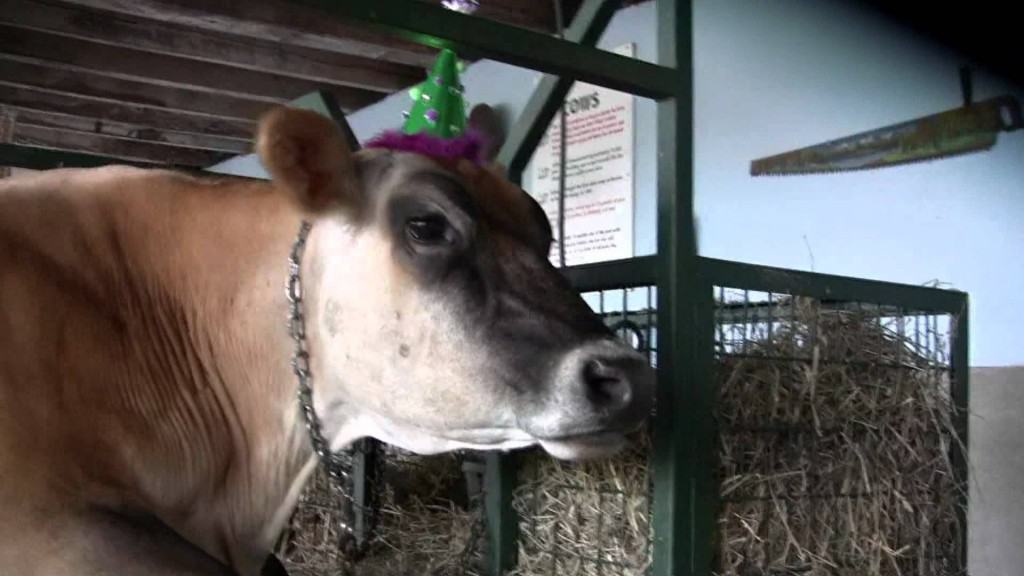 This cow didn’t want to be left out of the party, so she put on a stylish party hat to fit in. 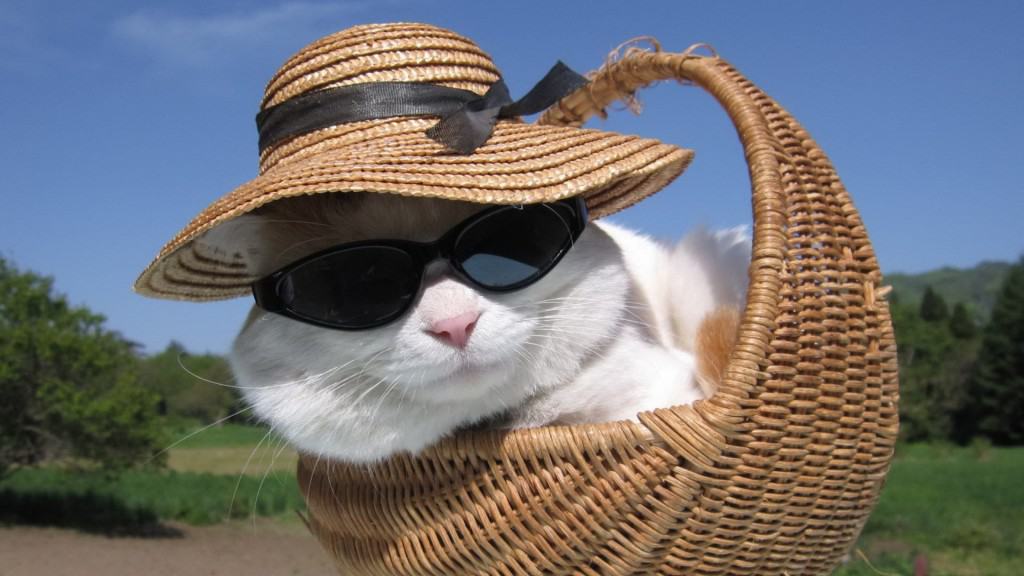 This cat is super cool and ready for a fancy picnic. Not only does she have on her sun-blocking straw hat, but she is cool as a cucumber with those shades and has a sweet ride in that basket. 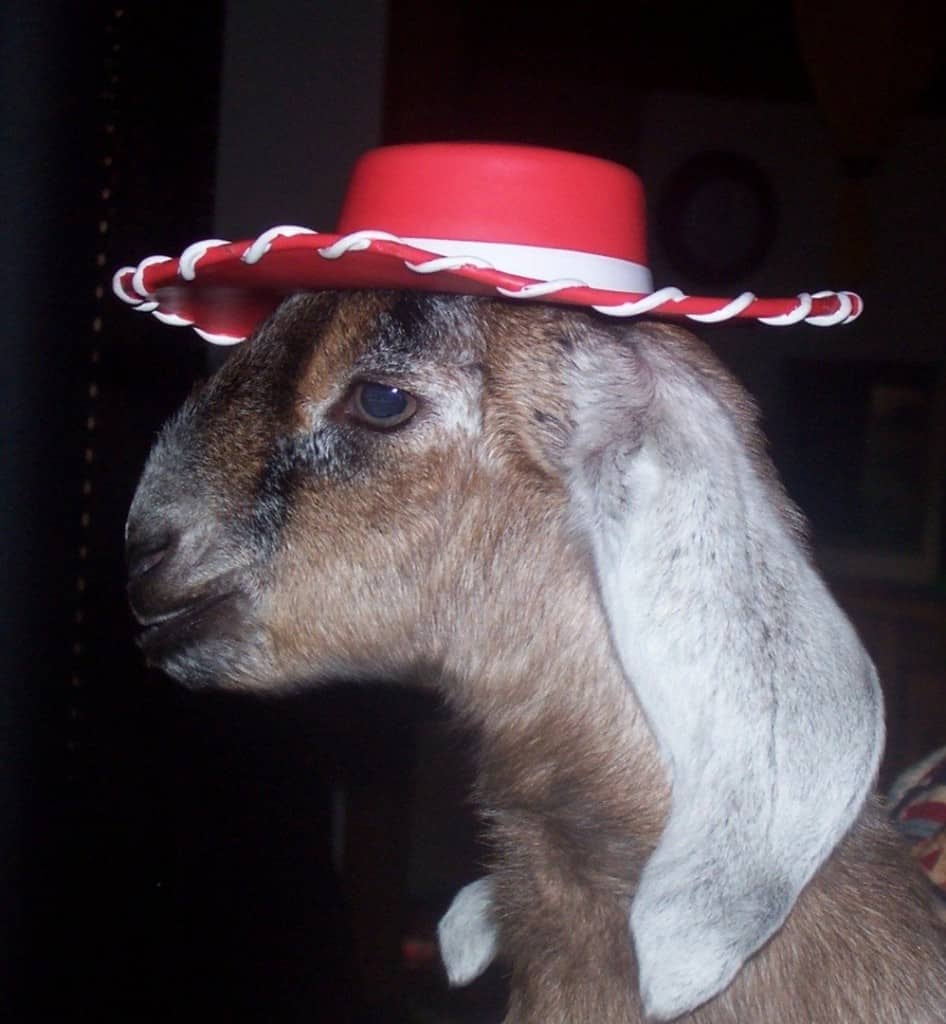 This goat is extremely stylish in his hat. Looks like he ought to pick up a banjo and play a tune! 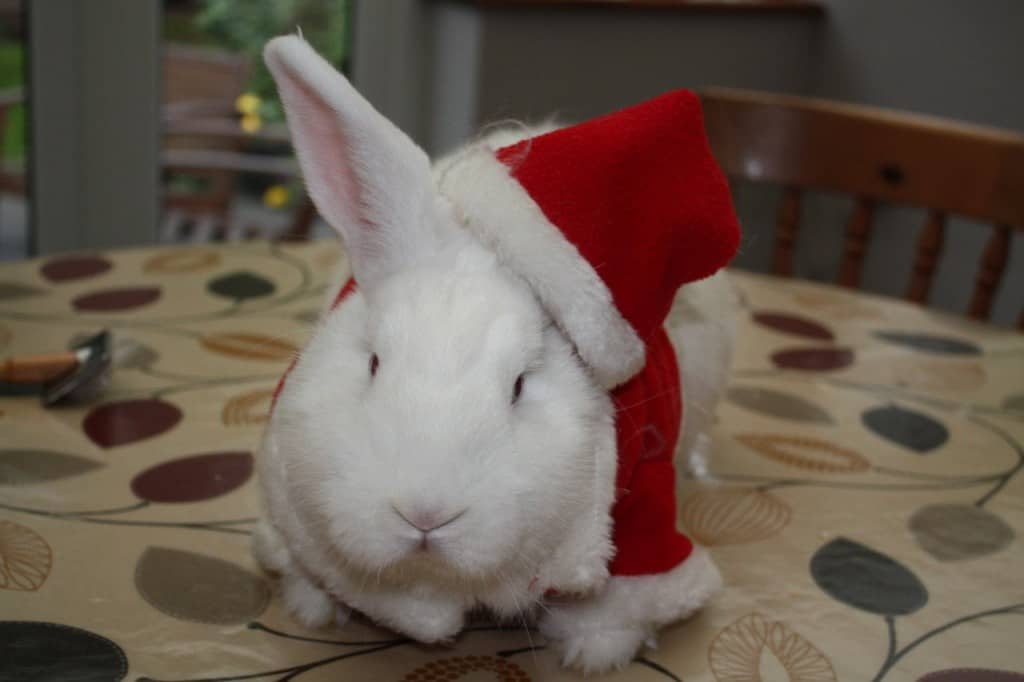 Rabbits can enjoy Christmas as well, and this one looks pretty stylish in that Santa outfit. 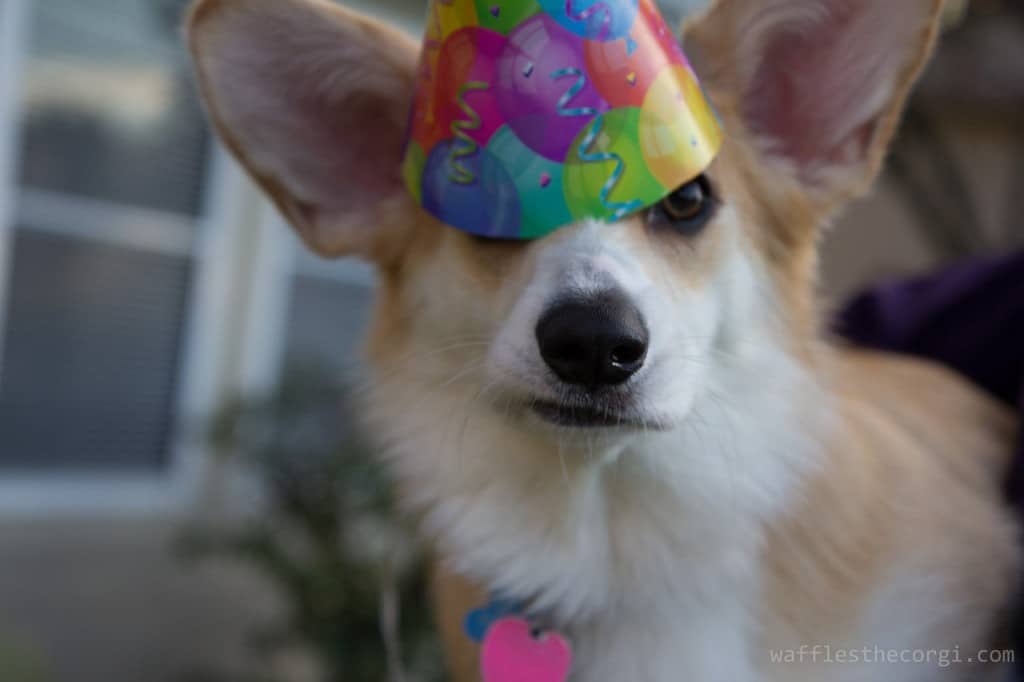 Corgis pretty much look cute no matter what. This one is cute and silly with his off-kilter birthday hat. 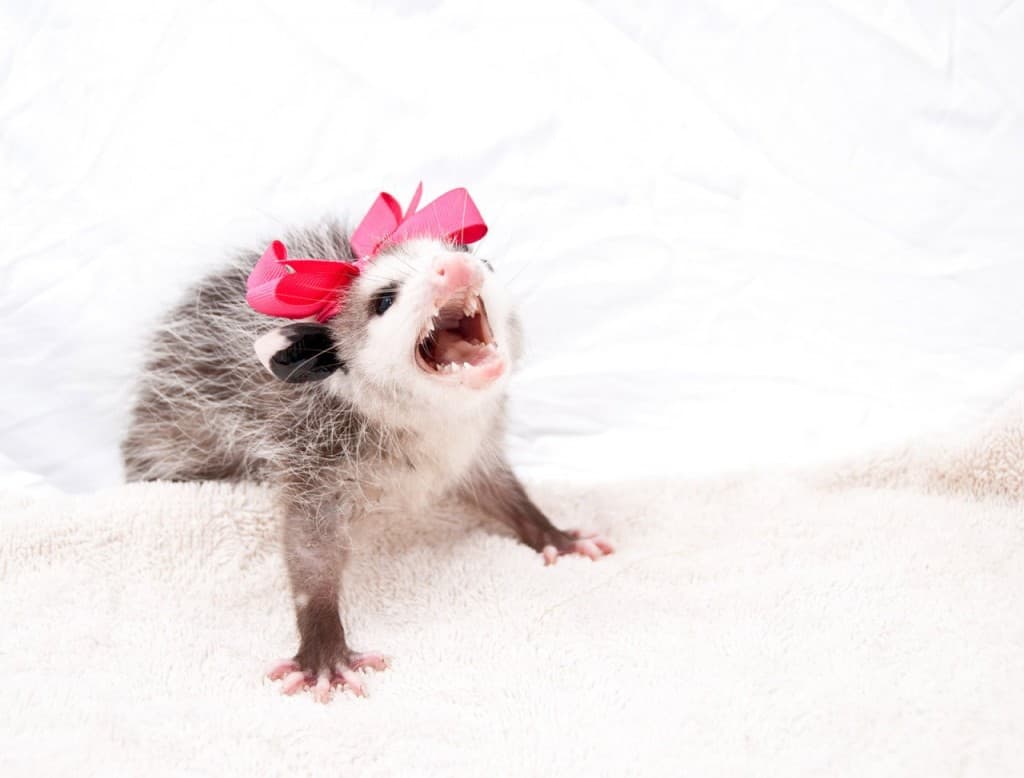 This possum isn’t really wearing a hat, instead she has a cute bow on her head. If this photo doesn’t make you laugh, then nothing will!

Iguana Wish You A Happy Birthday 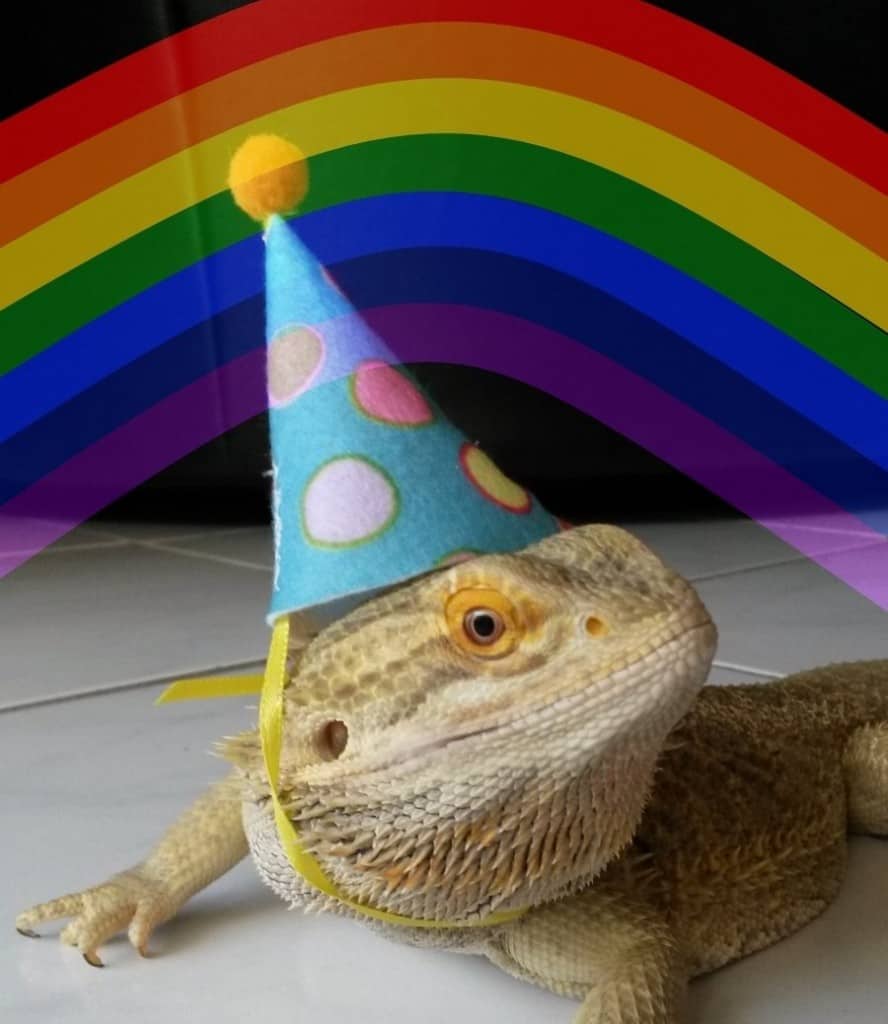 This iguana is the life of the party and looks great in that hat which is perfectly colored to bring out the yellow in his eyes. 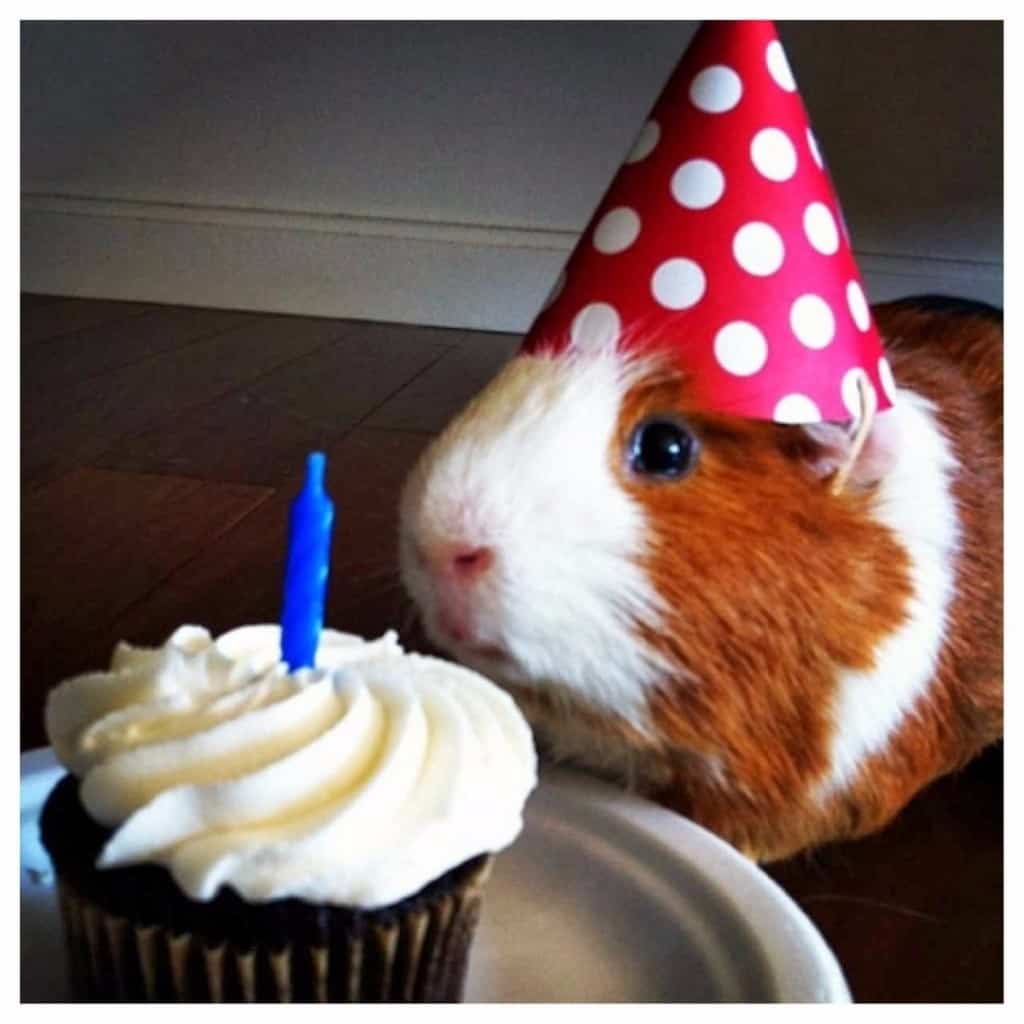 Guinea pigs look so adorable in hats. This one kind of resembles one of those yard gnomes you see in flower gardens.

Hawk In A Feather Hat 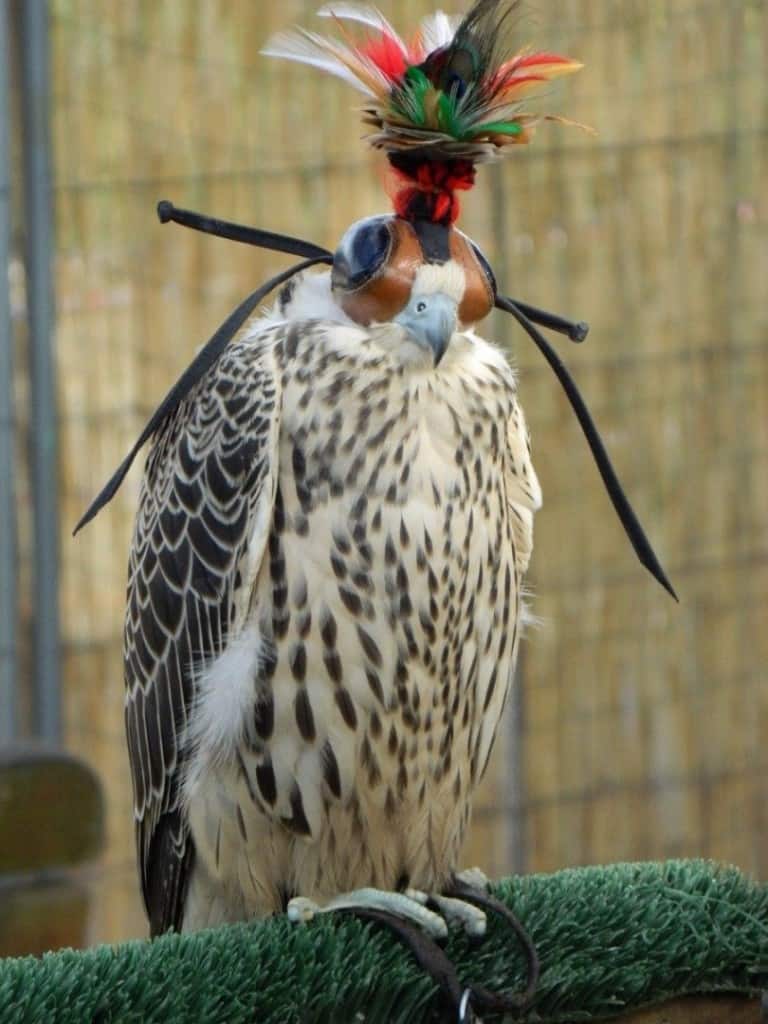 While it may seem wrong for a bird to wear a feathered hat, Hawks are prey animals so it makes complete sense. 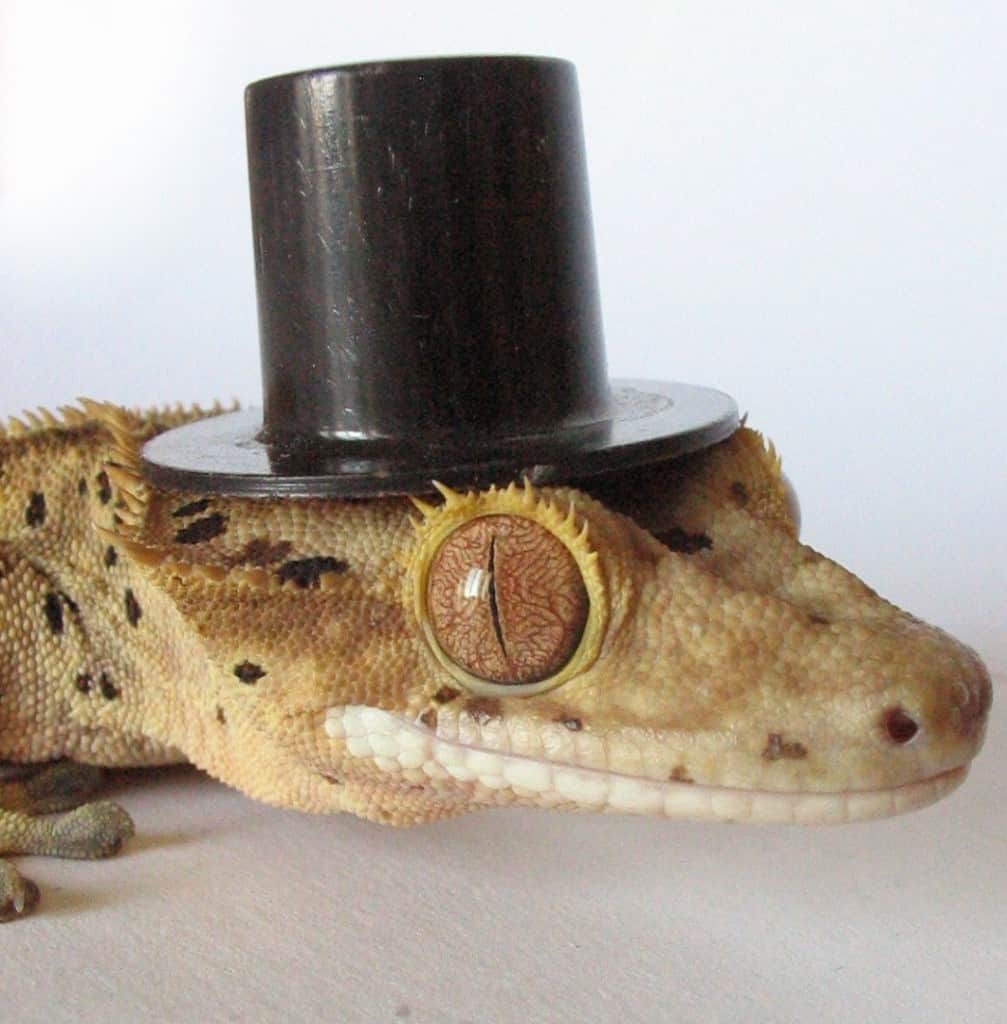 This lizard looks like a dapper gentlemen in this Abe Lincoln inspired top hat.

Turtles Can Wear Hats Too 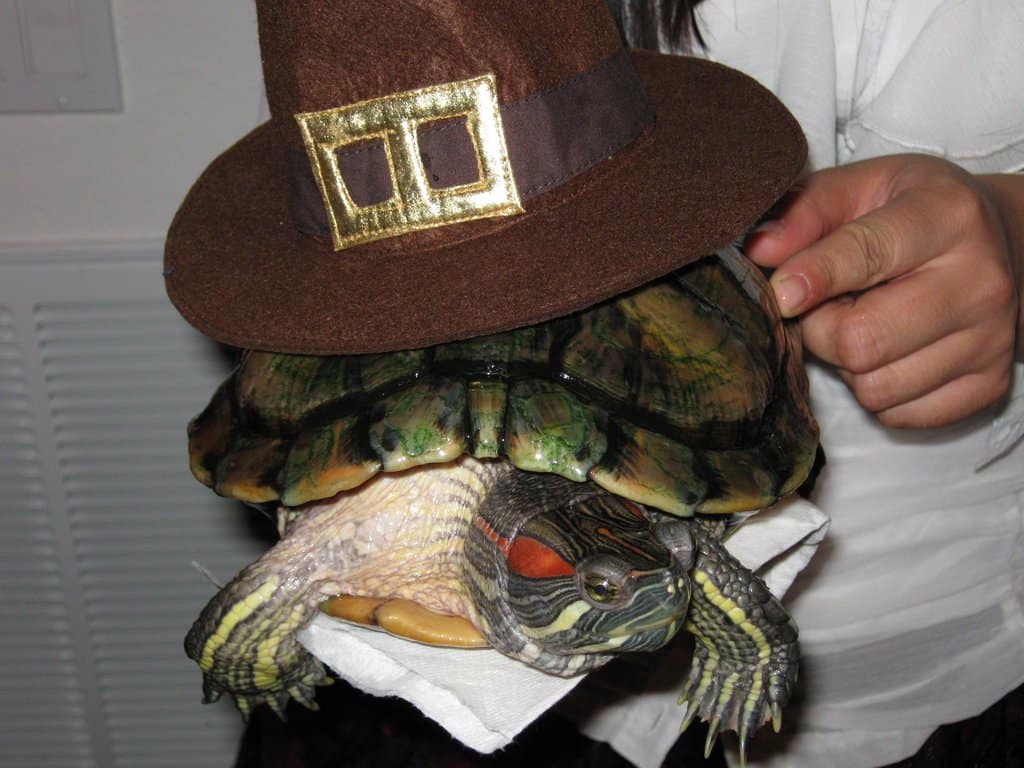 Maybe they should have opted for a small hat that would fit on his head, but then he’d have probably retracted and hid from them for hours. Instead, his shell gets the Thanksgivings hat decoration. 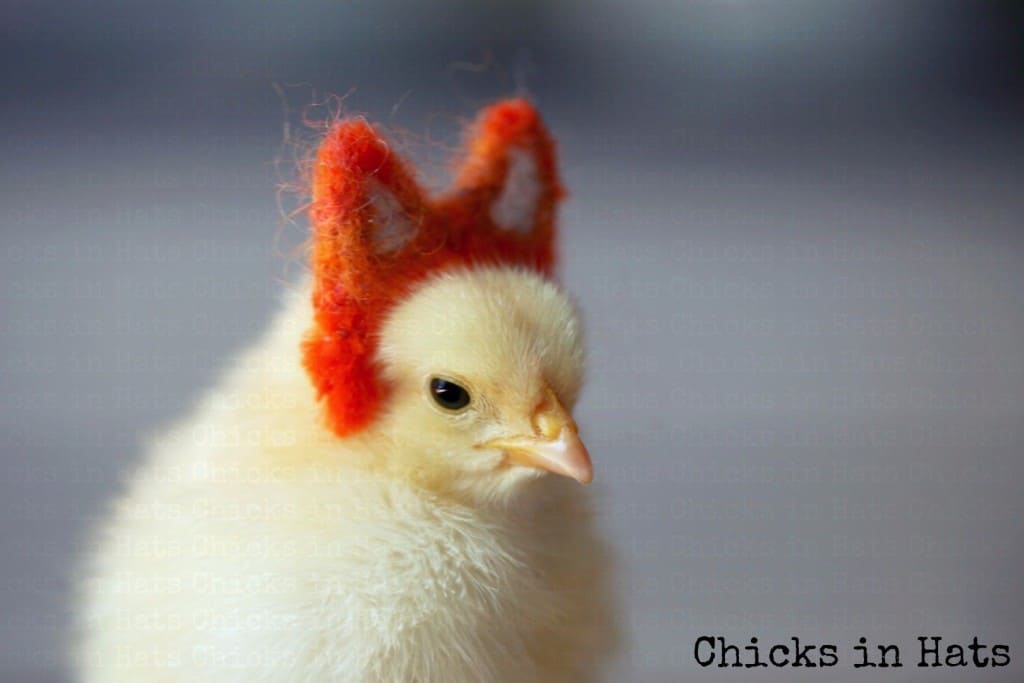 No, not that type of chick. This little chicken is wearing a cute foxy headband. His mom would probably have a fit knowing there was a fox in the hen house! 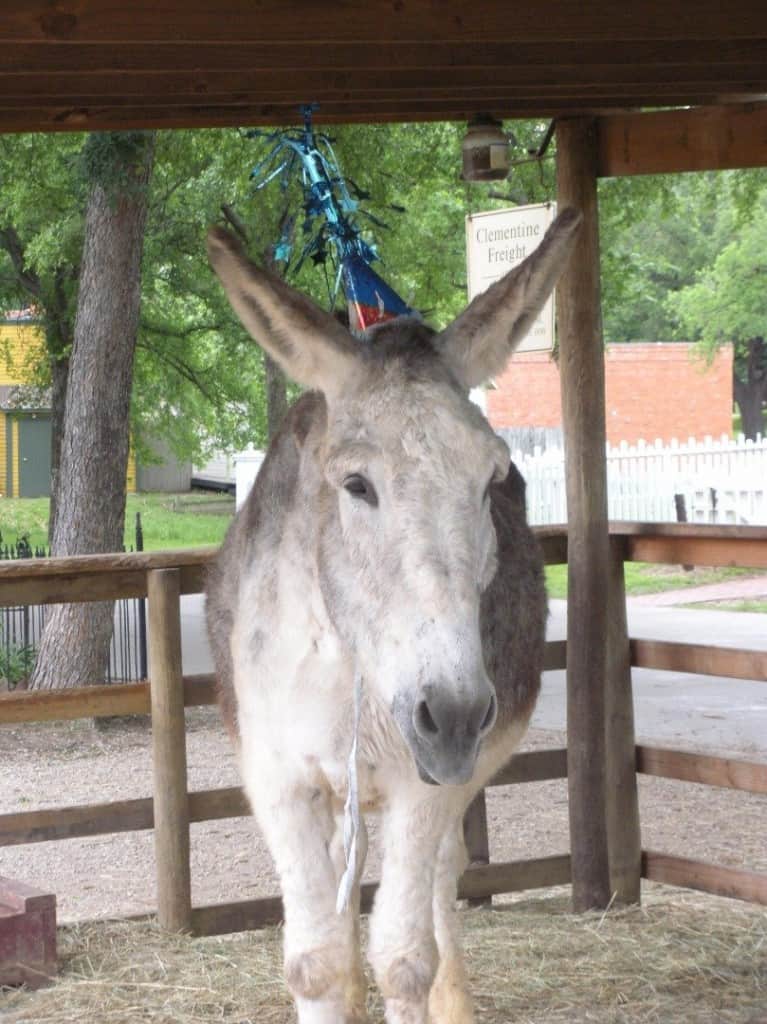 He may make an ass out of himself at the party, but this donkey is willing to wear the hat and fit in with this other guests. 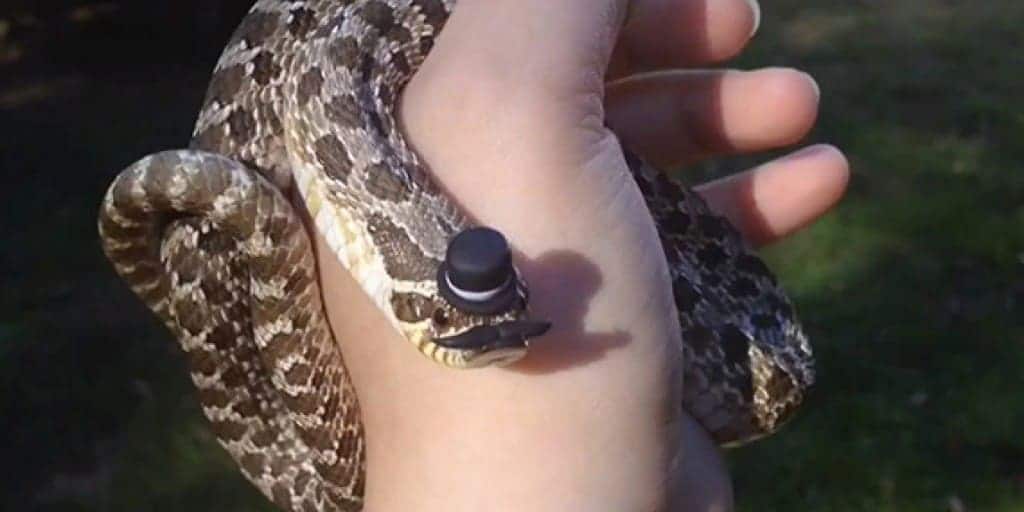 Who knew a snake could look so gentlemanly, especially in a moustache and top hat! 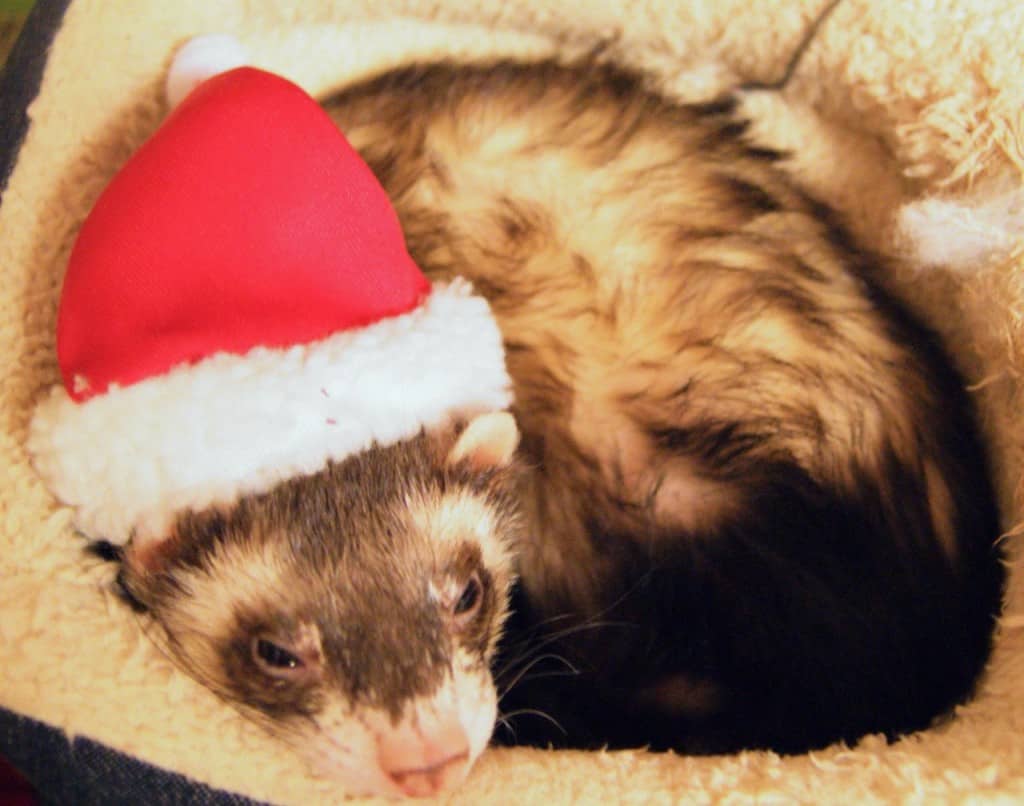 Ferrets like to be held and cuddled, so it’s no surprise they don’t mind getting dressed up once in a while. This one looks like he had a good and long Christmas (and maybe too much eggnog).

This sheep looks like he needs to be sheered pretty badly, but he’s staying warm with the addition of his Santa hat. Maybe he was auditioning to replace Rudolph — all he needs now is the red nose. 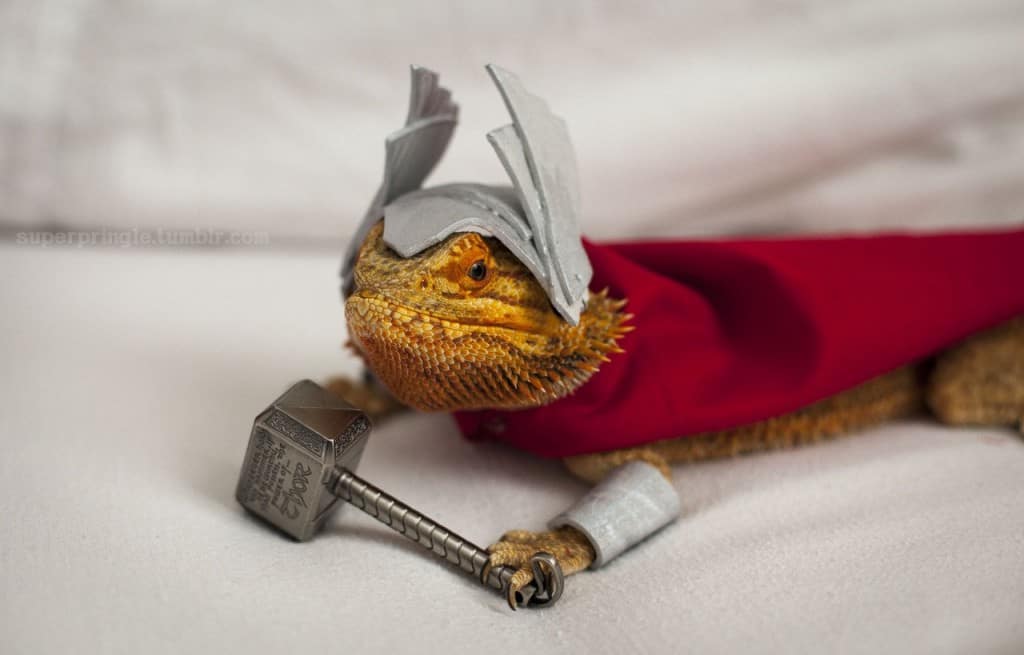 Thor is an alien. Aliens are sometimes portrayed as little green/gray men that look somewhat lizard like. Is it possible this is the real Thor? 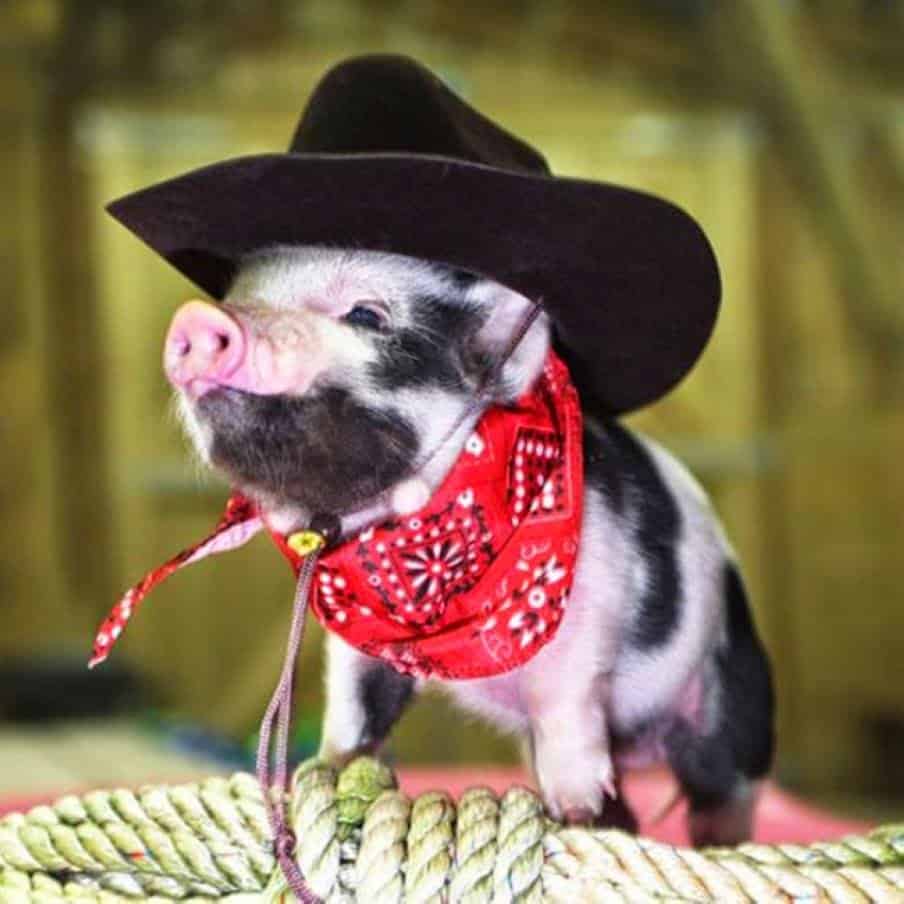 This little pig is definitely the cutest cowboy ever. Move over Tim McGraw!

And Another Chick In A Hat… 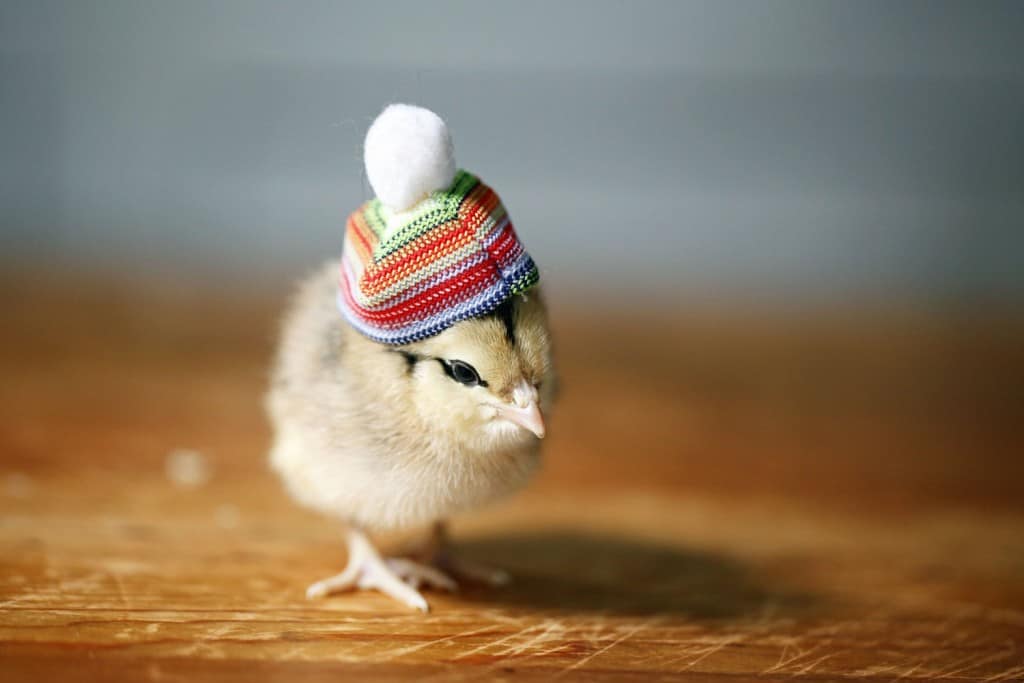 Because it’s cute as heck!