20 Paintings That Cost More Than Your House

There are many factors that determine the value of a work of art. The artist behind the painting, and the era in which the work of art was created are two of the biggest factors people consider before bidding on any piece of work. There are numerous paintings circulating in the world that have been sold at exorbitant prices, the value sometimes evident only to the buyer and seller. Here is a list of some of the most priceless works of art with their price tag attached to it:

The Card Players By Paul Cézanne 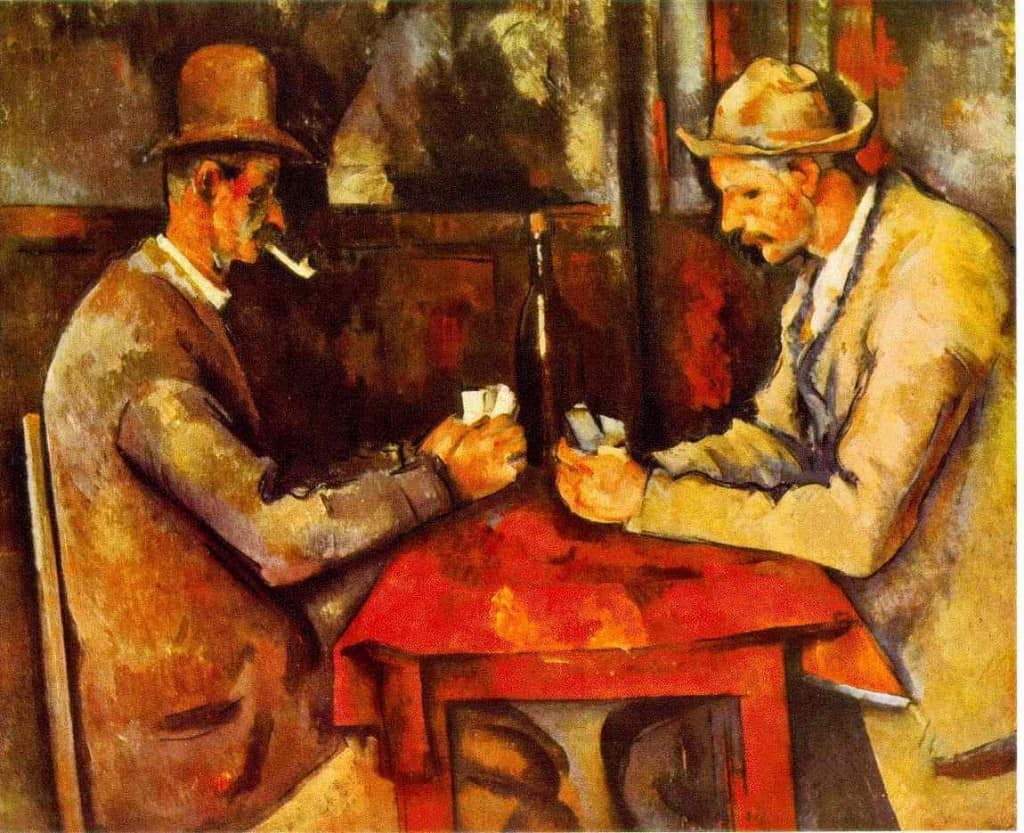 This painting was created in the 1890’s by famous French post-impressionist artist Paul Cézanne. It was auctioned of in 2011 for a price that has not yet been revealed. Estimates however value this painting to have been sold for anywhere between 260 to 320 millions dollars. 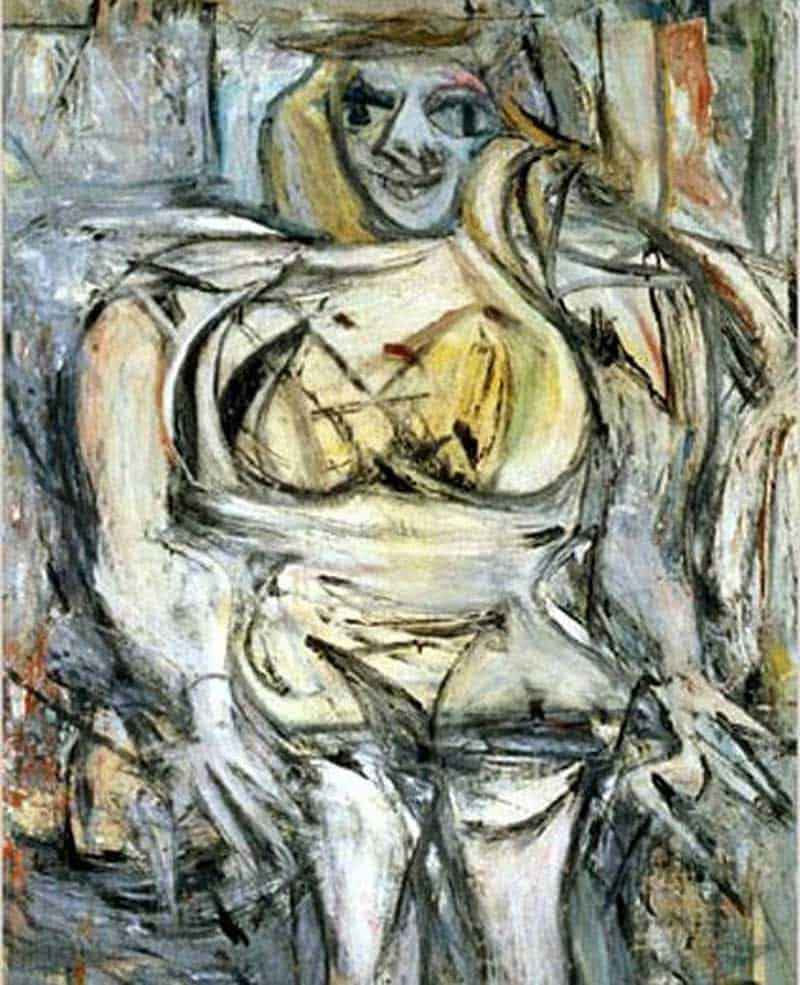 This famous painting by Willem de Kooning exchanged owners in 2006 when David Geffen sold the work to Steven Cohen. The painting was created in 1953 and was sold for 137.5 million dollars. 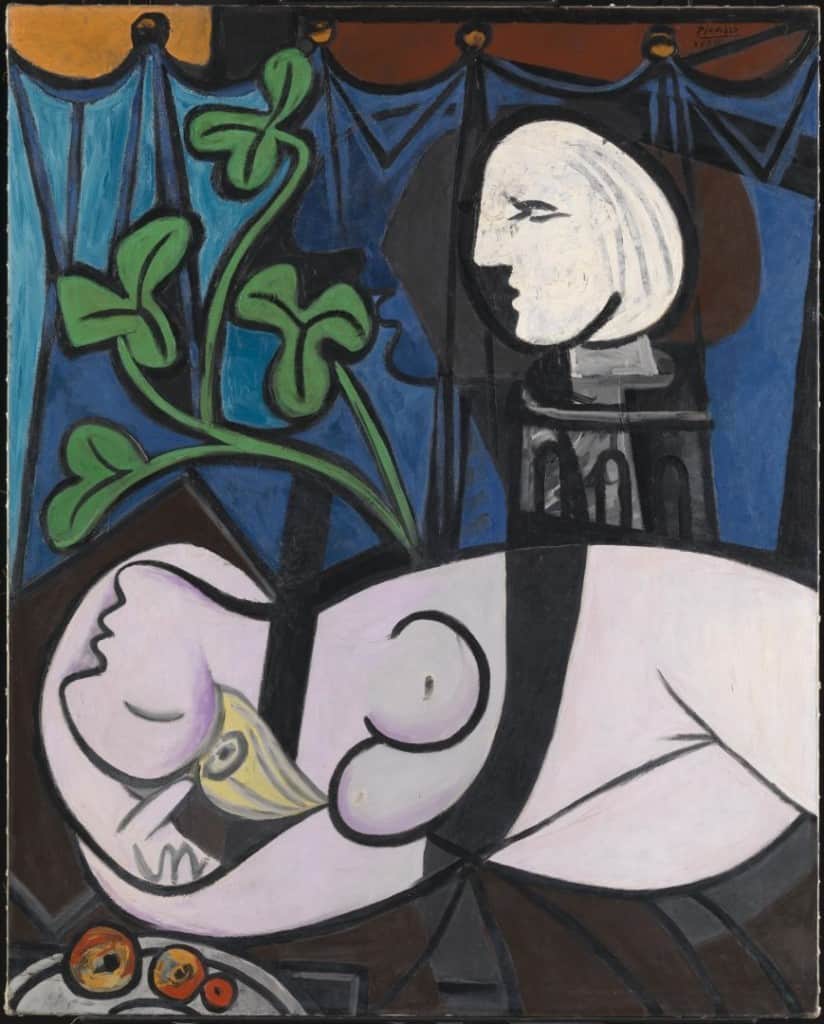 This is one of Picasso’s most famous works, one that he supposedly finished in a single day. Christie’s sold this intriguing work of art which was based on Picasso’s lover, Marie-Therese Walter, in 2010 for 106.5 million dollars.

This particular painting held the record for most expensive contemporary work of art when it was sold in 1969. The price was owning a piece of art that highlighted the complex relationship between Freud and Bacon was valued at 142.4 million dollars.

Portrait Of Adele Bloch-Bauer I By Gustav Klimt 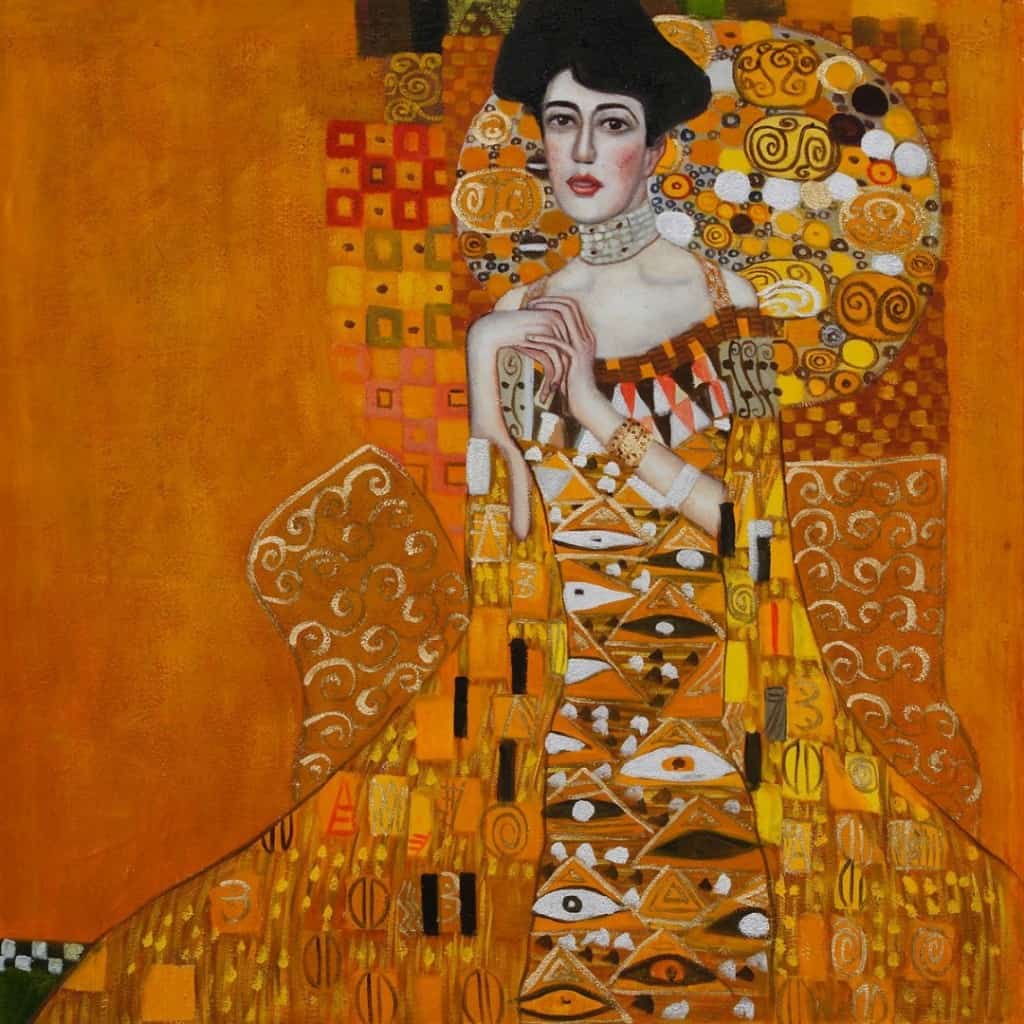 A complex and dynamic work that has garnered a special following across the planet, the ‘Portrait of Adele Bloch-Bauer I’ was created by Gustav Klimt in 1907. The painting was sold by Maria Altmann to Ronald Lauder and Neue Galerie in 2006 for a whopping 135 million dollars. 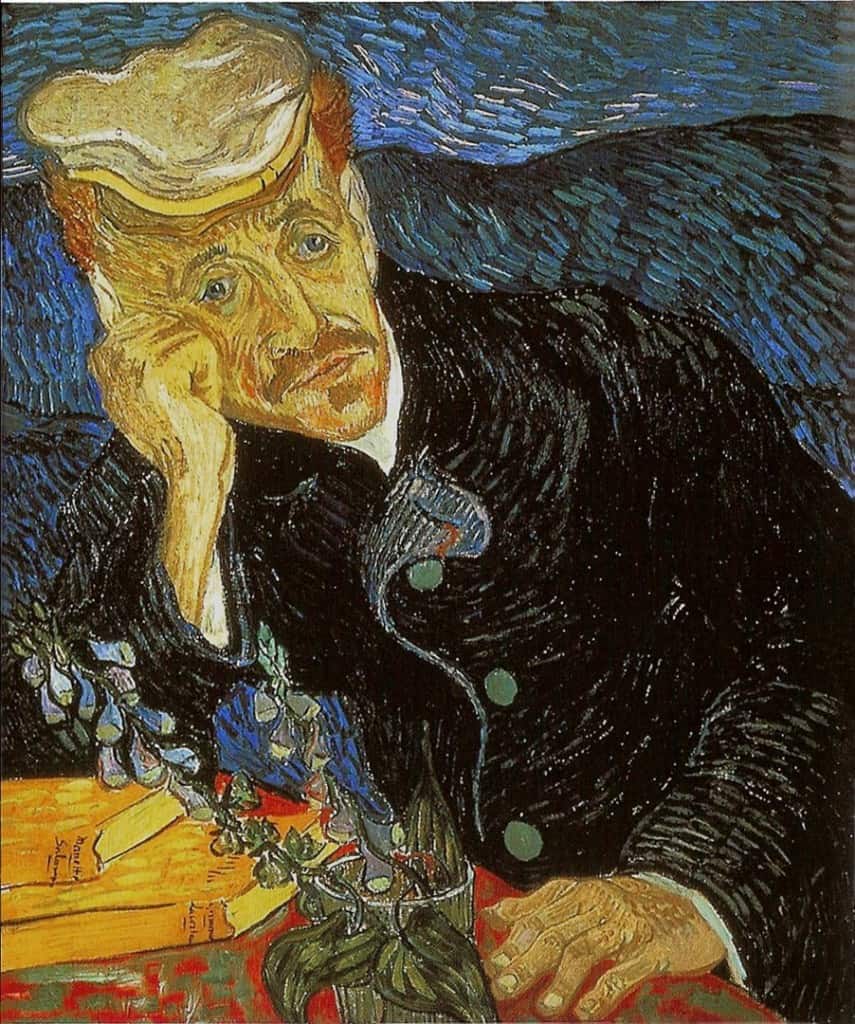 Vincent van Gogh is one of the most widely recognized artists in the world. One of his most famous works, title ‘Portrait of Dr. Gachet’ was sold by the Siegfried Kramarsky family to Ryoei Saito in 1990. The asking price for this painting is believed to be 82.5 million dollars, which was a lot of money two and a half decades ago. Actually, that’s a lot of money even today! 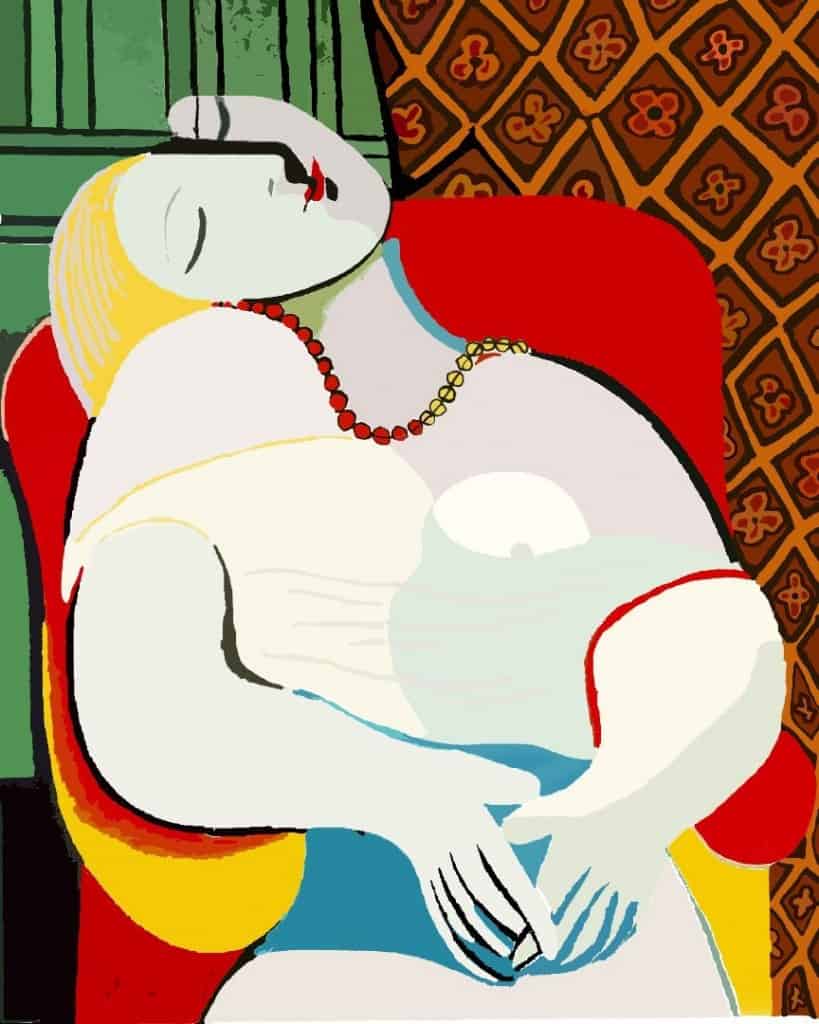 La Rêve, also known as ‘The Dream’, is another famous masterpiece by Pablo Picasso. This painting was based on his lover Marie-Therese Walter as well. It was sold by the Ganz family to Wolfgang Flöttl in 1997 for 48.4 million dollars.

No.5 By Jackson Pollock 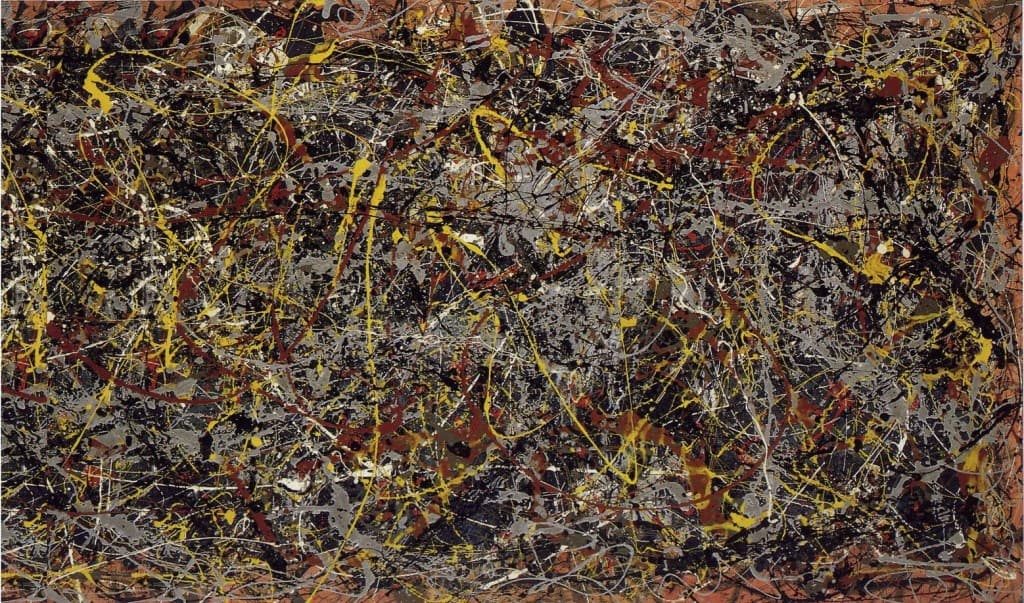 Another master artist who is widely renowned around the world for his work in the 50’s, Jackson Pollock created this complex piece in 1948. It is rumored to have exchanged hands between David Geffen and David Martinez in 2006 for 140 million dollars. 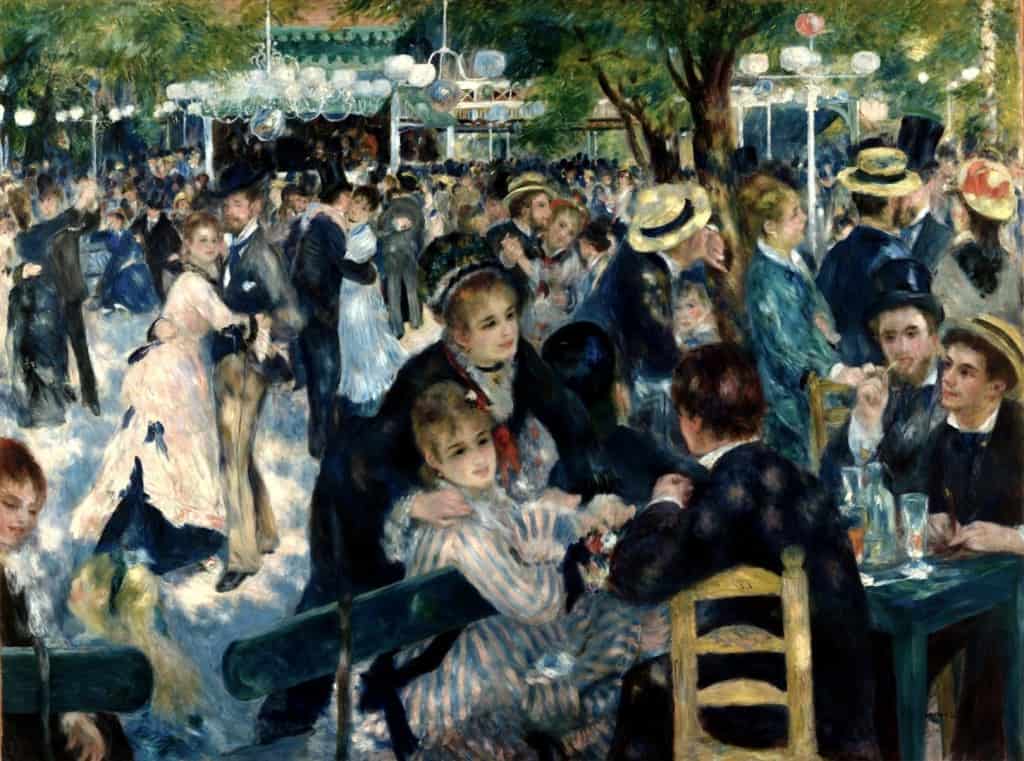 The texture and vibrancy of this Pierre-Auguste Renoir has made it one of the most distinguished works of art of all time. This marvelous work, created in 1876, was sold by Betsey Whitney to Ryoei Saito in 1990 for 78.1 million dollars.

The Scream By Edvard Munch 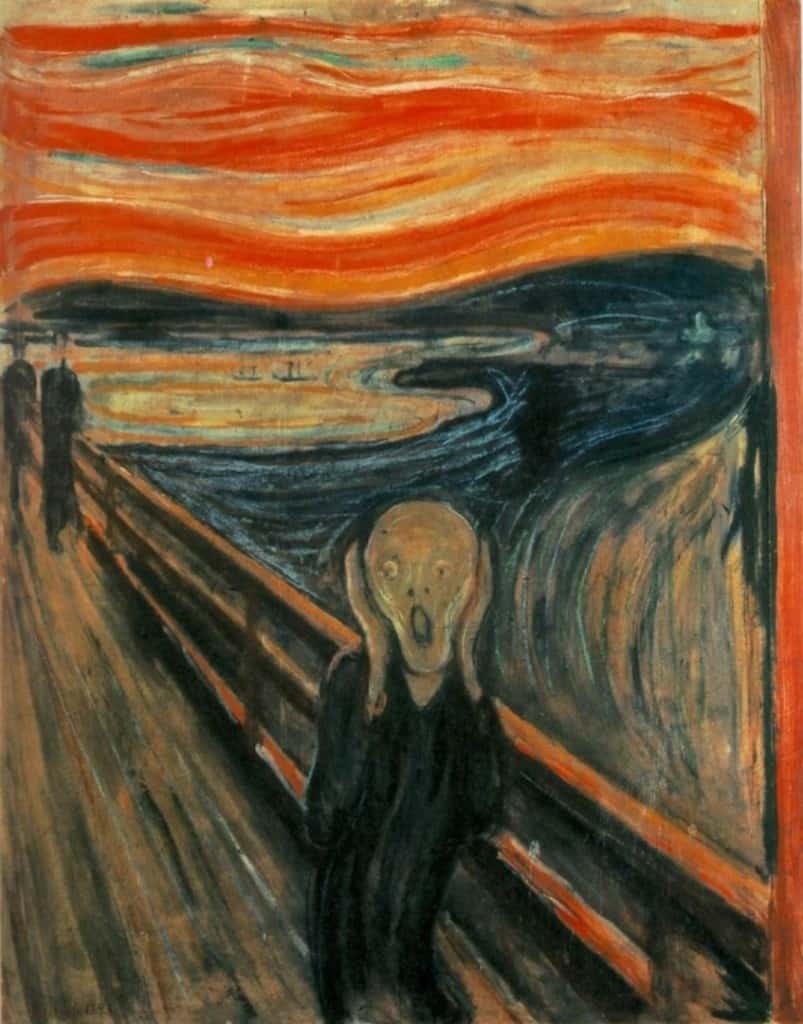 The all-time great example of art that is unsettling, ‘The Scream’ by Edvard Munch has become an iconic image that is widely recognized around the world. This painting has four versions and has been sold numerous times as the most expensive painting in the world until it was dethroned by “Three Studies of Lucian Freud”. The price of this painting is an awe-inspiring 119.9 million dollars. 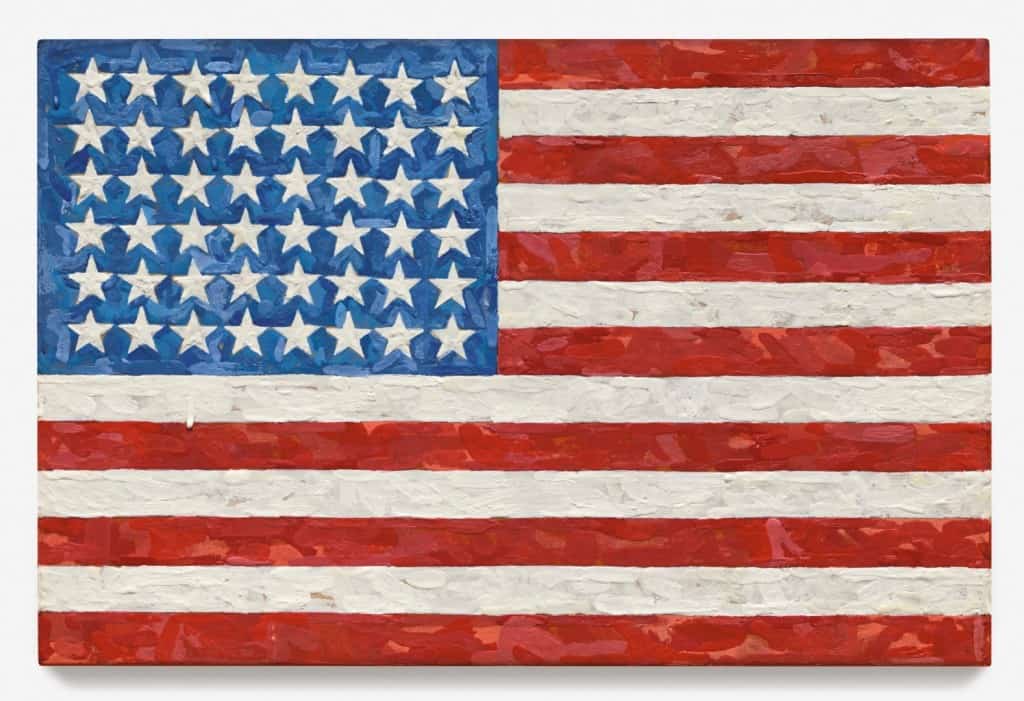 This painting is considered one of the foremost symbols of American patriotism. This iconic work was created by Jasper 1954 and is regarded as his greatest work. It now hangs proudly at the Museum of Modern Art which purchased it for 110 million dollars in 1958.

Boy With A Pipe By Pablo Picasso 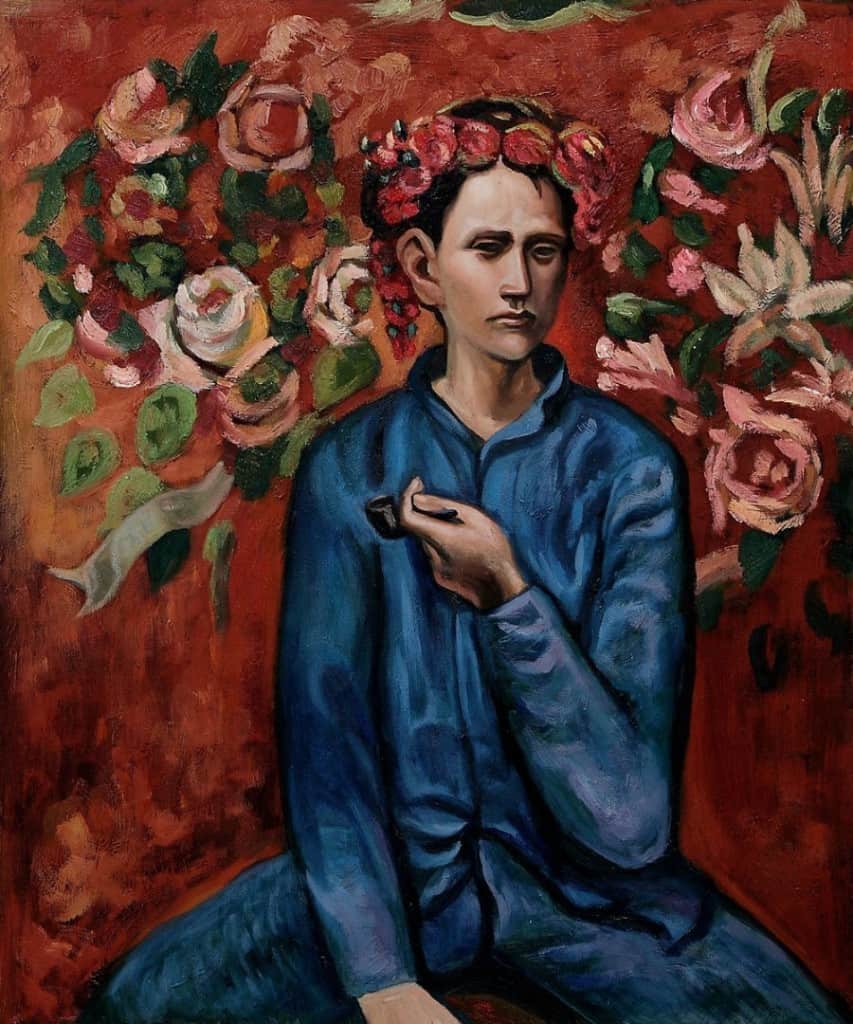 This is another famous Picasso piece that has received the acclaim it so rightfully deserves. It was created in 1905 by the visionary artist and was sold by the Greentree foundation for 104.2 million dollars. 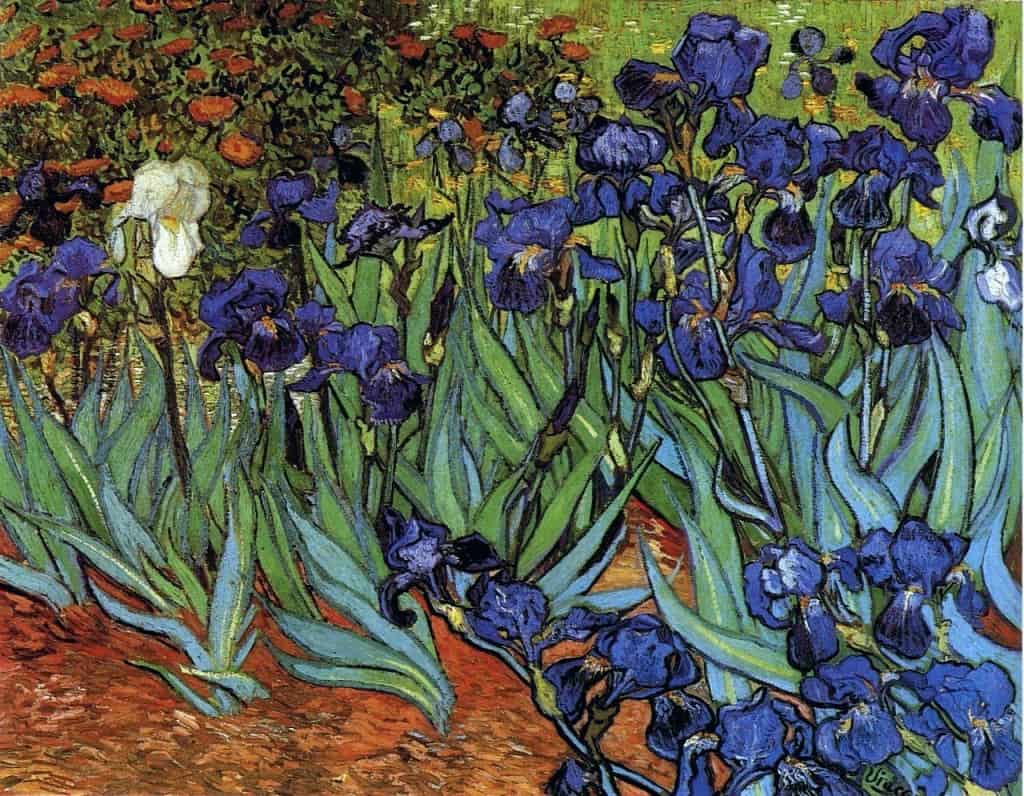 This beautiful work was created by the master himself in 1889. It’s stunning use of colors and portrayal of nature earned this piece a fitting 53.9 million dollars when it was sold in 1987. The buyer in this case was Alan Bond who purchased it from Whitney Payson. 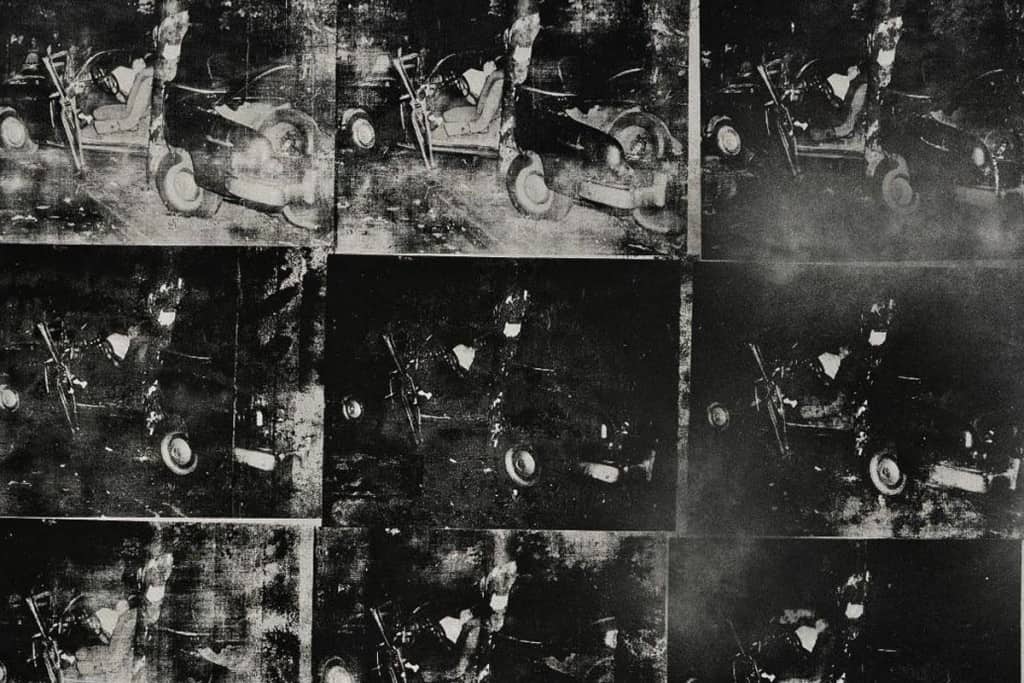 Andy Warhol is considered one of the greatest minds to have operated within the sphere of Pop Art. One of his most famous works, the ‘Silver Car Crash’ was one of the most expensive paintings of its era. It was sold by Sotheby in 1932 for 105.4 million dollars. 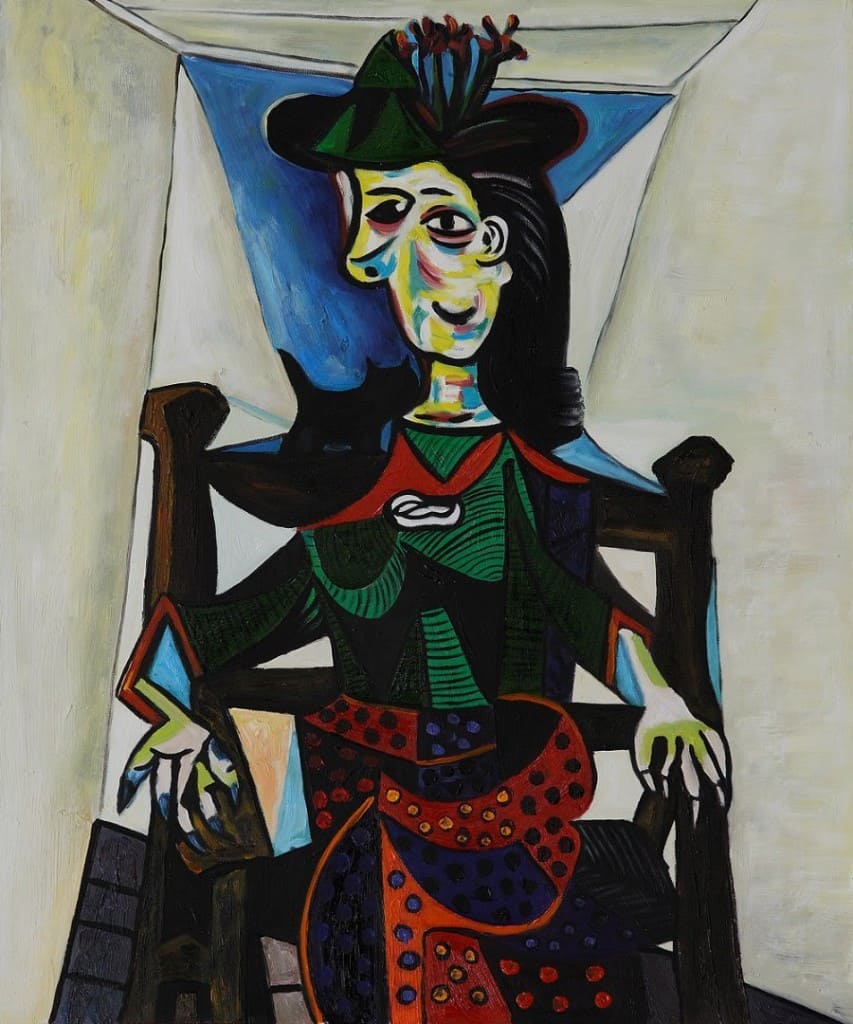 If you are amazed by the number of Picasso pieces to feature in this list, then you have much to learn about art. The genius artist created this absurd piece in 1941 that was sold by the Gidwitz family in 2006. The asking price for this work was 95.2 million dollars, a price that many art collectors consider a ‘bargain’.

This is Francis Bacon’s most commercially successful work of art. This 3-piece masterpiece is bizarre and thought-provoking, begging for an asking price that would break his previous record by 30 million dollars. The final price this piece was sold for was 86.3 million dollars. It was purchased by Russian billionaire Roman Abramovich in 1976. 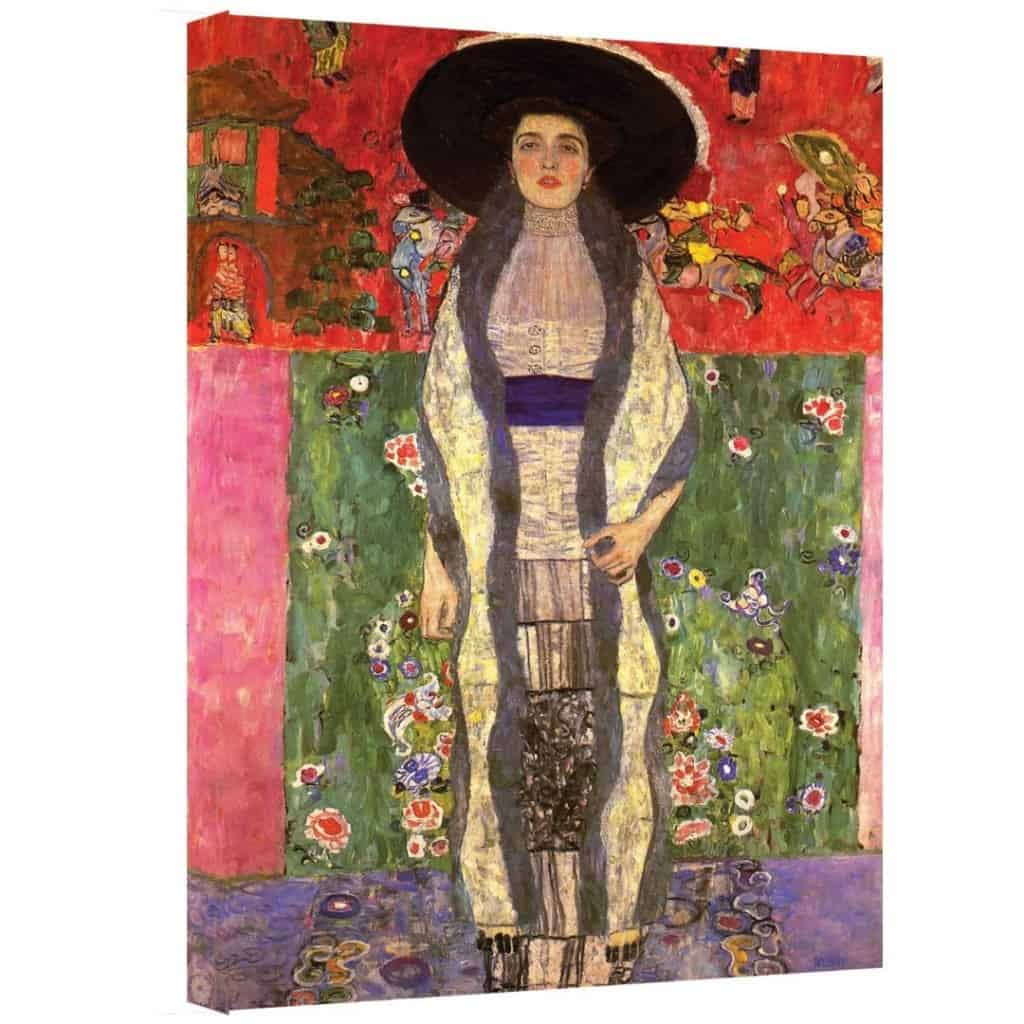 This is the second portrait of Adele Block Bauer to feature in this list, simply because both paintings sold at such heightened prices. Gustav Klimt created this work in 1912 and was sold to Maria Altman in 2006. The asking price for this piece was 87.9 million dollars, a few million dollars lesser than the first portrait.

Massacre Of The Innocents By Peter Paul Rubens 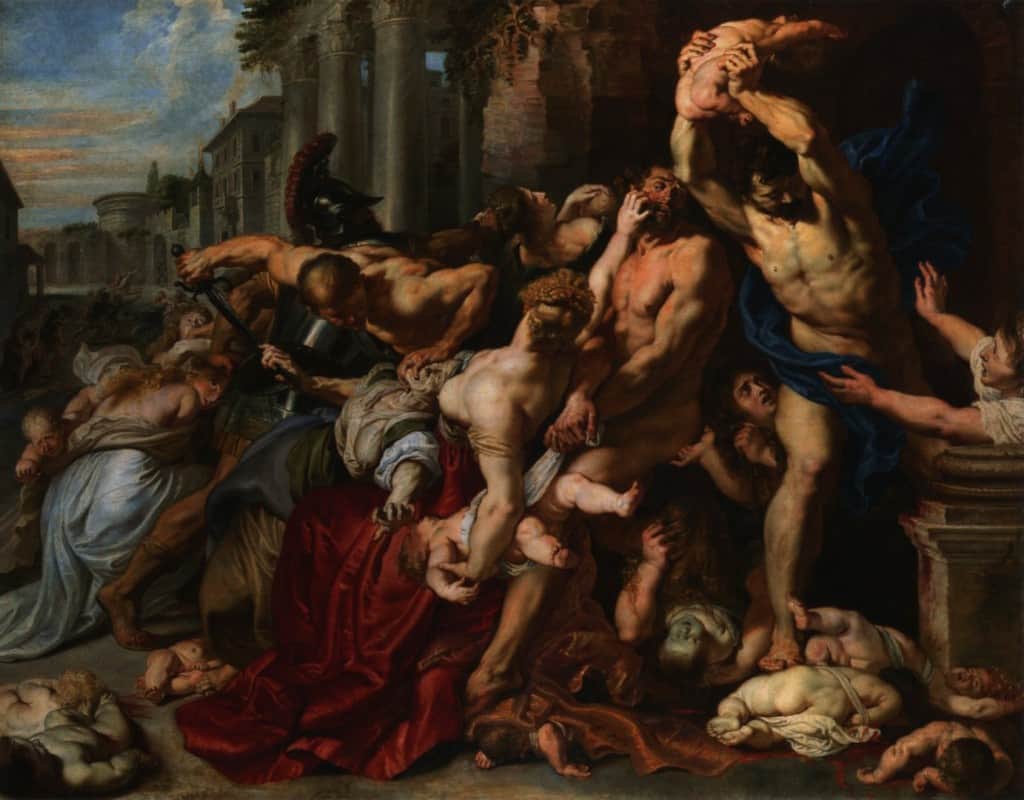 This is a set of two paintings that were sold in 2002 for 76.7 million dollars. These paintings are considered to be Peter Paul Rubens best work and were completed in 1611. An Austrian family that were in possession of these paintings sold them to Kenneth Thomson. 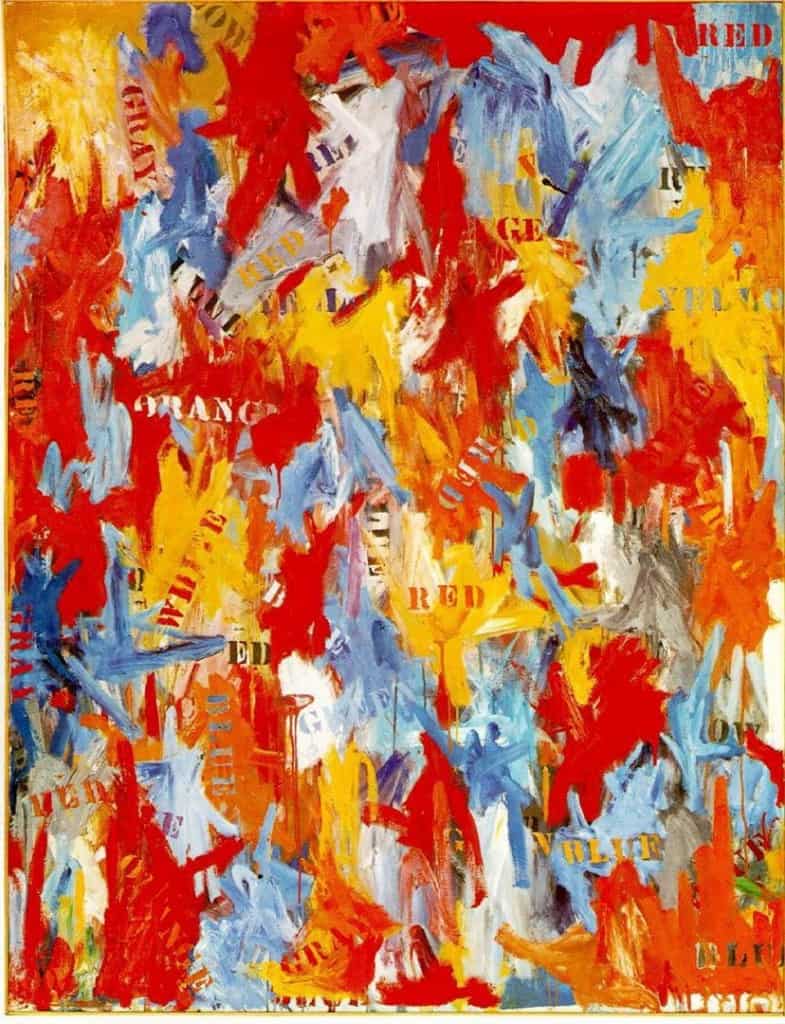 This is yet another iconic work that received a lot of attention and money when it was first sold in 1959. This radiating work of art was created by Jasper Johns and was sold to Kenneth Griffin by David Geffen. The selling price of this work was a mind-numbing 80 million dollars.

A Wheatfield With Cypresses By Vincent Van Gogh 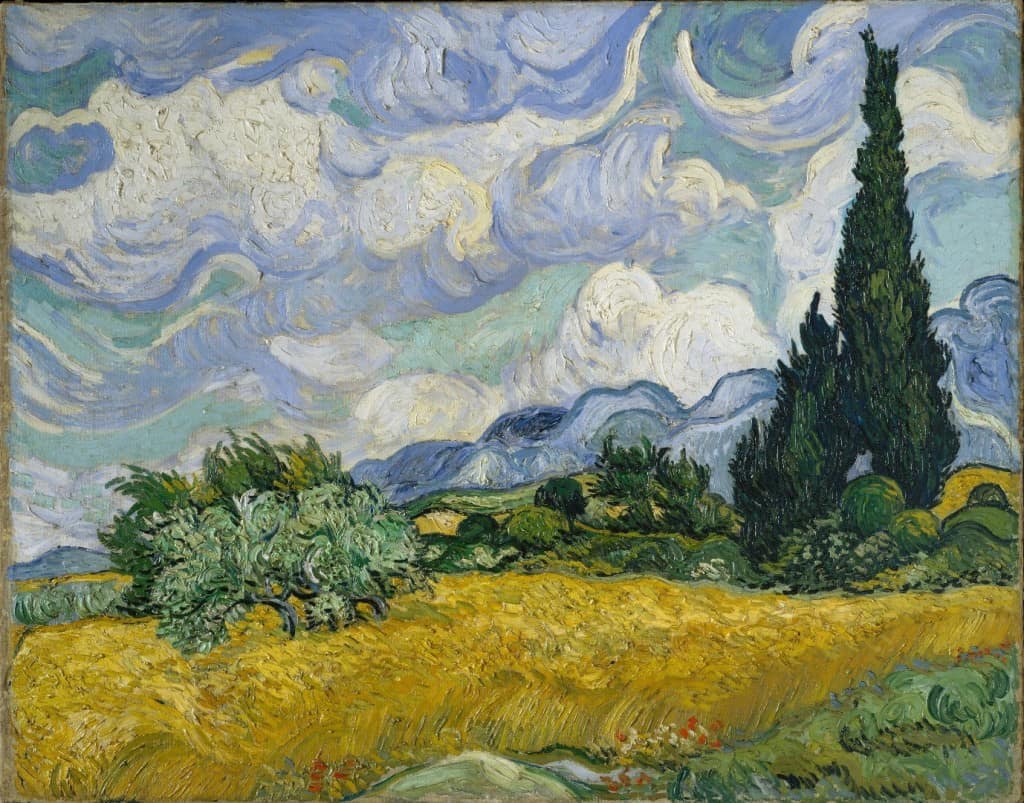 This is one of Van Gogh’s lesser known works which is why it was sold for a slightly modest price when compared to his other works. This is only true if you consider 57 million dollars to be a modest amount. The painting was picked up by Walter Annenberg in 1993 from Georg Bührle.