20 Of The Worst Taxidermy Animals Ever Created

Whether you like taxidermy or not, it takes great talent to make a dead animal look alive again. Not all practitioners of taxidermy have talent though. Some should have their taxidermy licenses taken away for making such horrible specimens. It’s surprising that many of these ever saw the light of day!

If you need a good laugh, keep on reading to find some of the most outrageous stuffed animals you’ll ever see. From people’s pets to wild animals, bad taxidermy can be found all over. 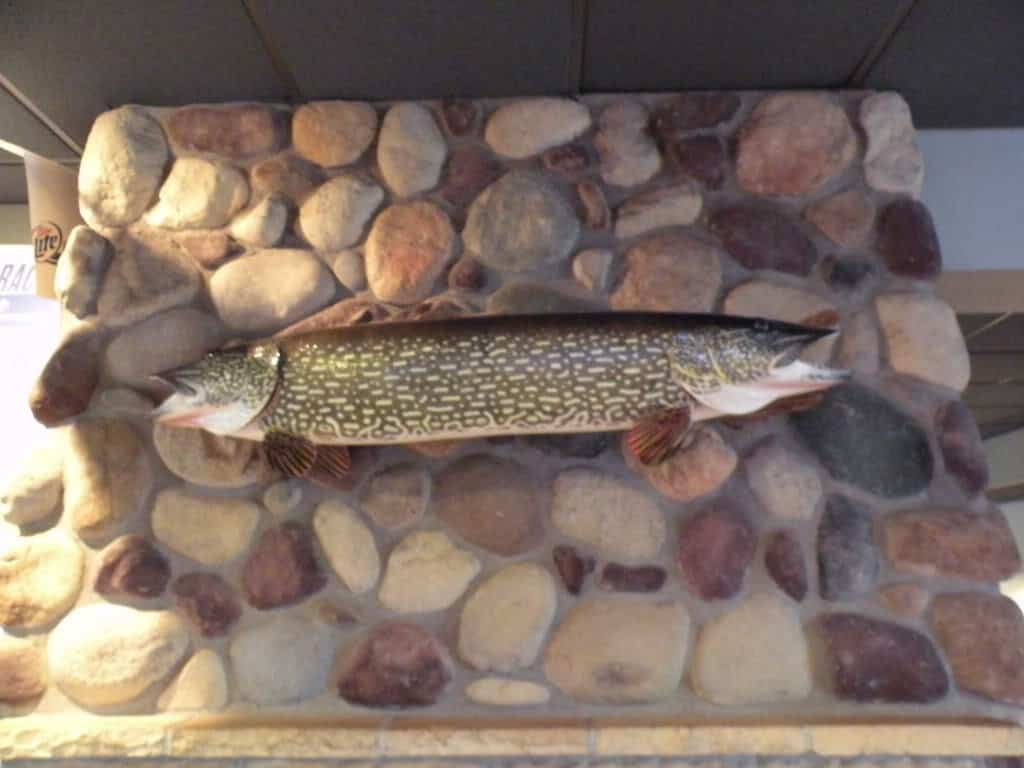 Wow, was this a catch of a lifetime? It’s more likely that someone went rogue with their taxidermy. Rogue taxidermy is popular, but a two headed calf is far more interesting than this fish. 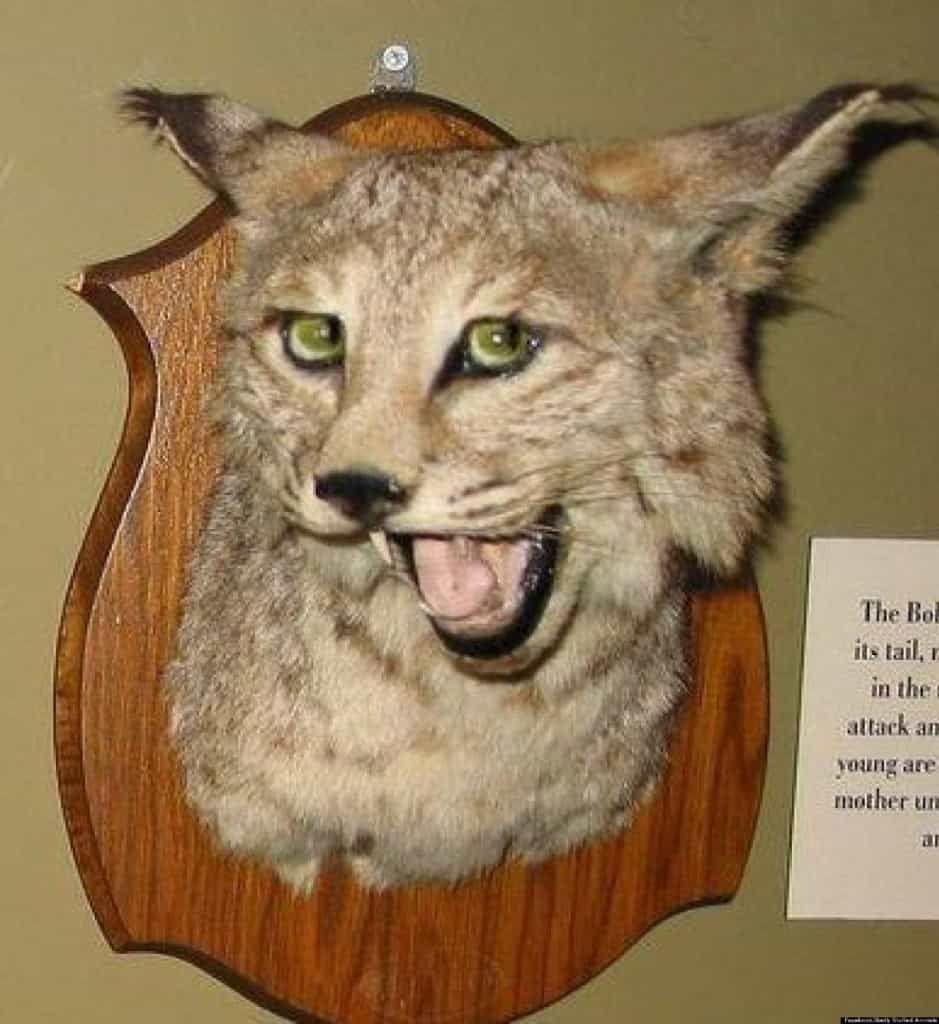 The sign beside it says that it’s a bobcat, but it’s probably the goofiest bobcat you will ever see. 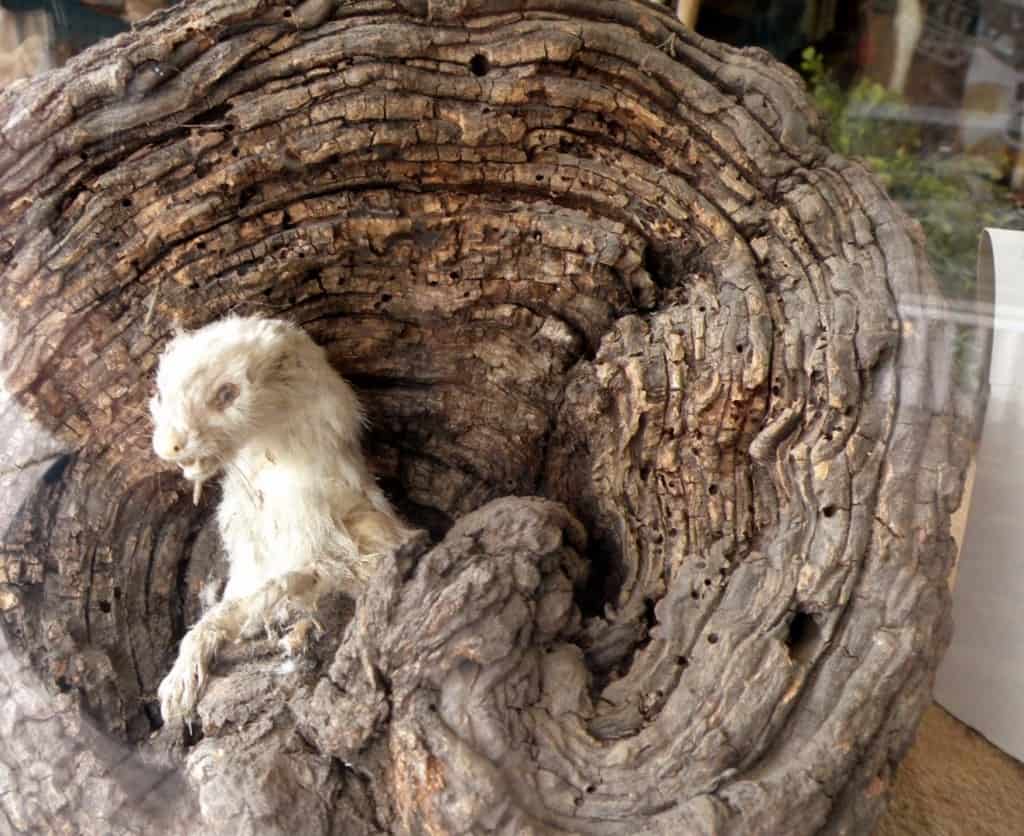 This weasel kind of looks like it’s foaming at the mouth. It also looks like most of us on Monday mornings.

Is That A Canine? 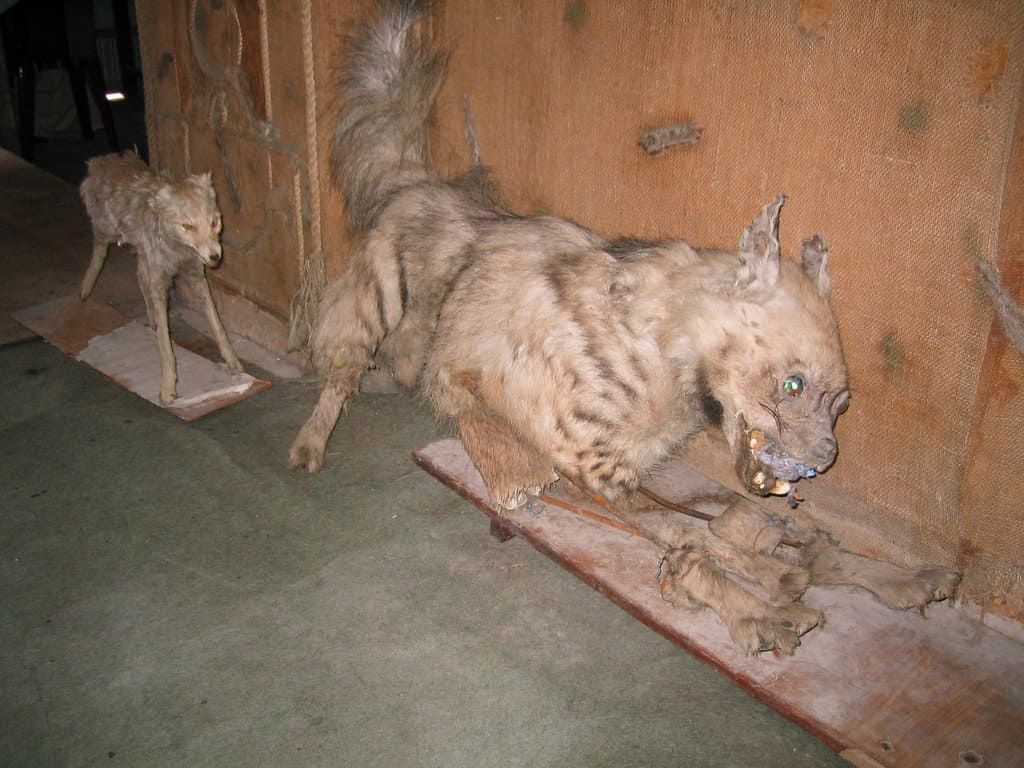 The canine in the background looks like a coyote, missing his tail and ears. But who can guess what that first animal is? Maybe a bobcat/coyote cross breed?

Reason Number 100 Why Not To Use Googly Eyes 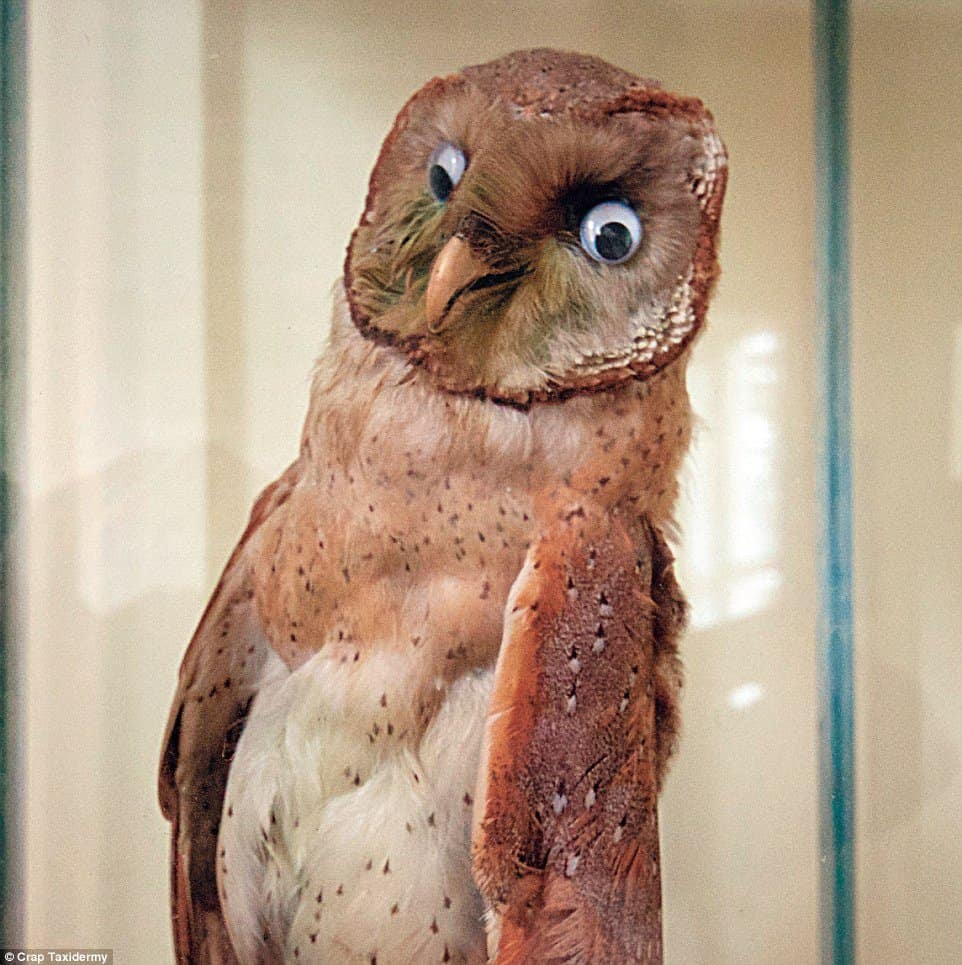 This owl had a chance of being an alright piece of taxidermy, until someone decided that googly eyes were a good idea. 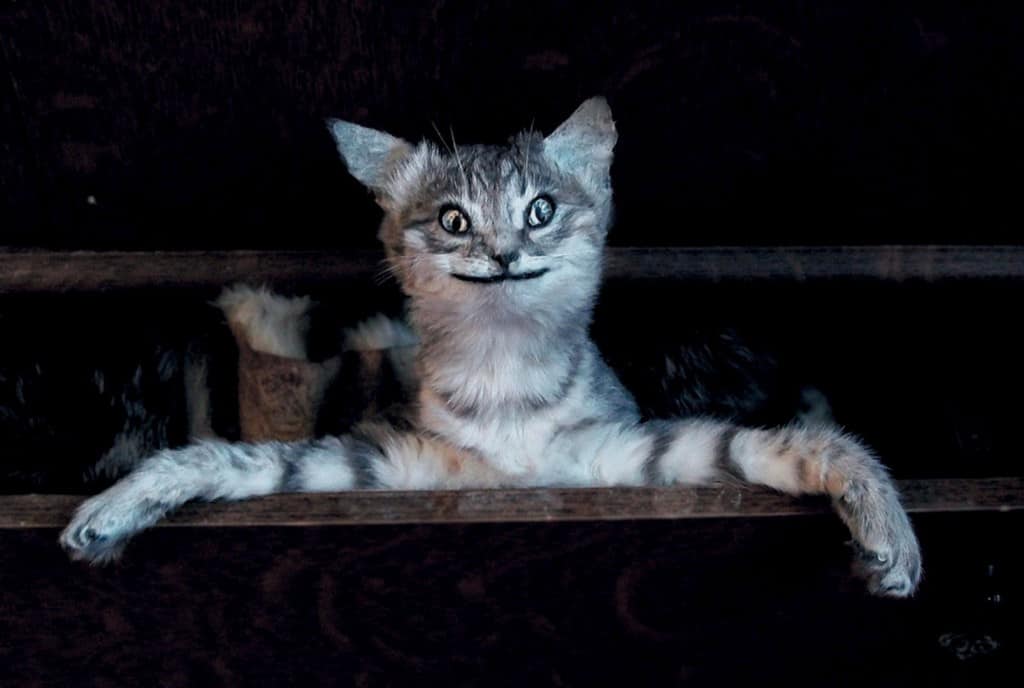 We’re not sure if this cat is the one that’s surprised or if he was trying to surprise someone else. 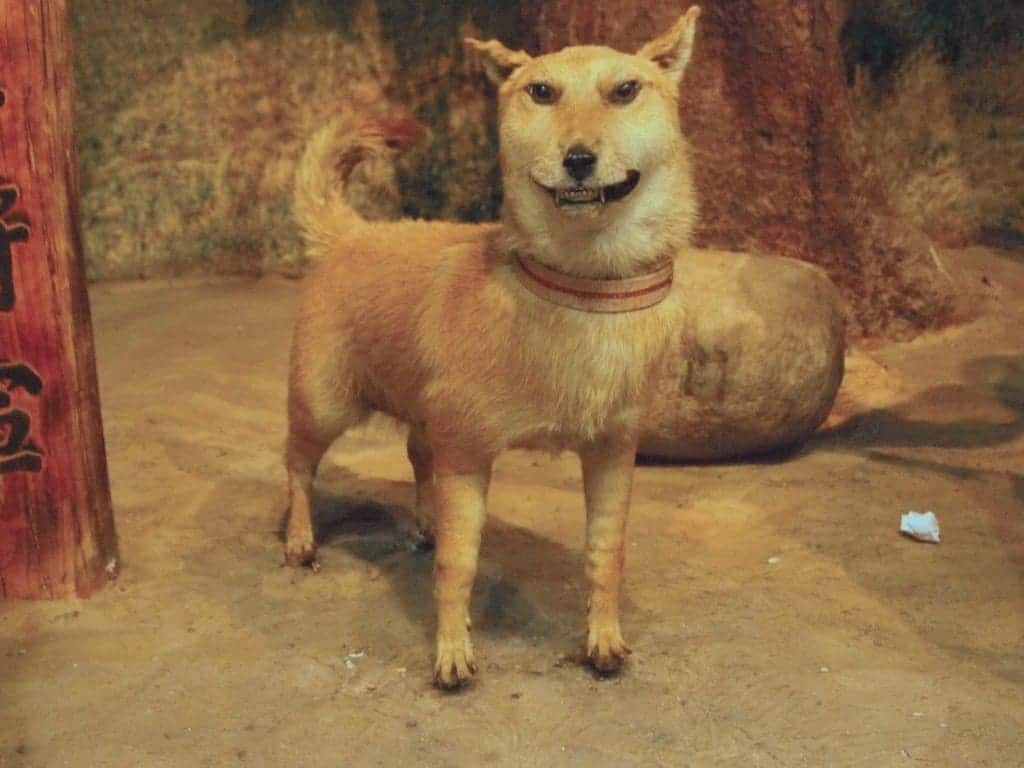 Some people try to teach their dog how to smile. This dog has been horribly immortalized with this smile. His owner probably wasn’t that happy when they got this back from the taxidermist. 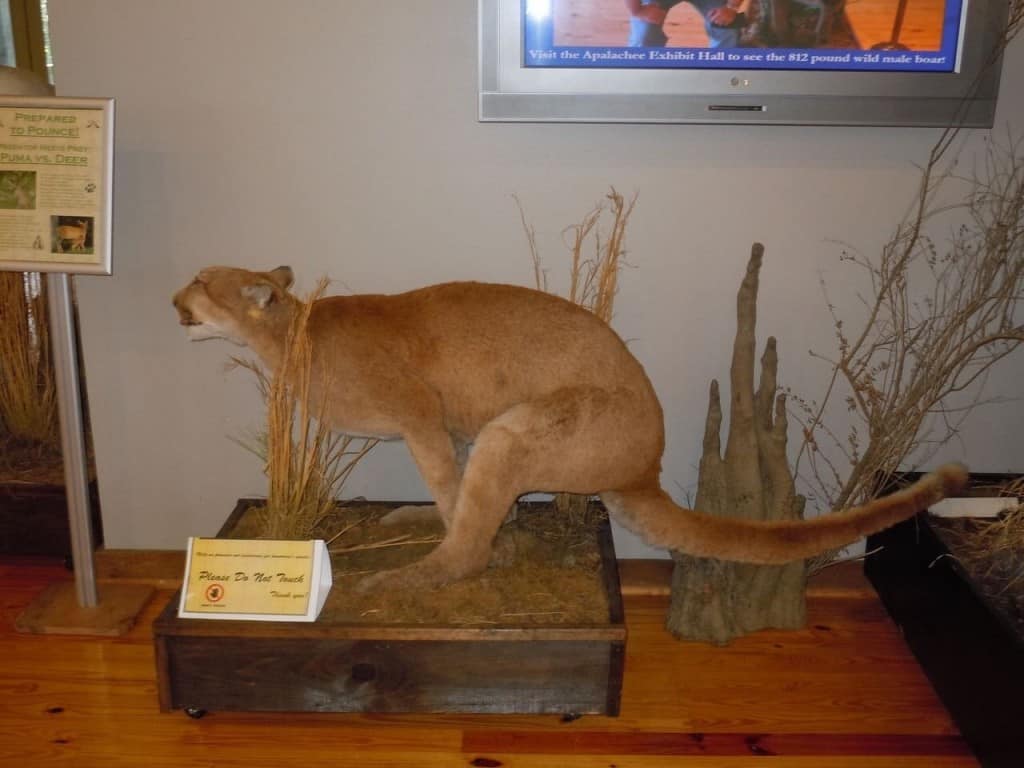 Possibly getting ready to leap on his prey, this cougar looks more like it’s squatting to poop out its last meal. 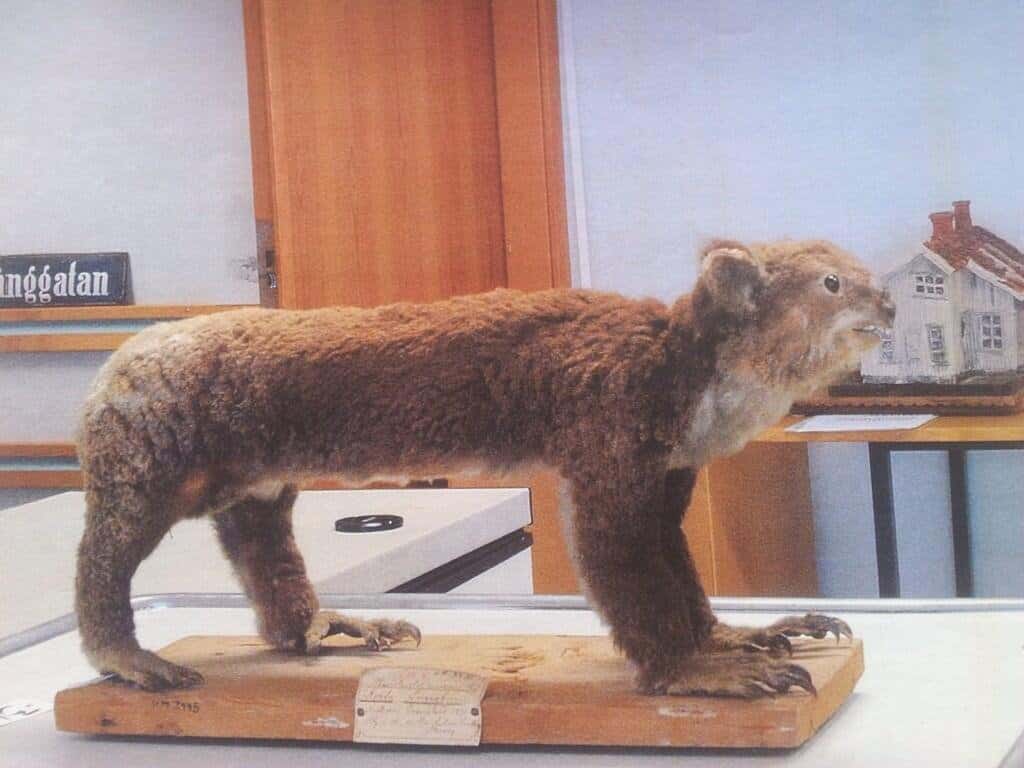 This might be a koala gone horribly wrong. It’s really hard to tell, but look at those claws! 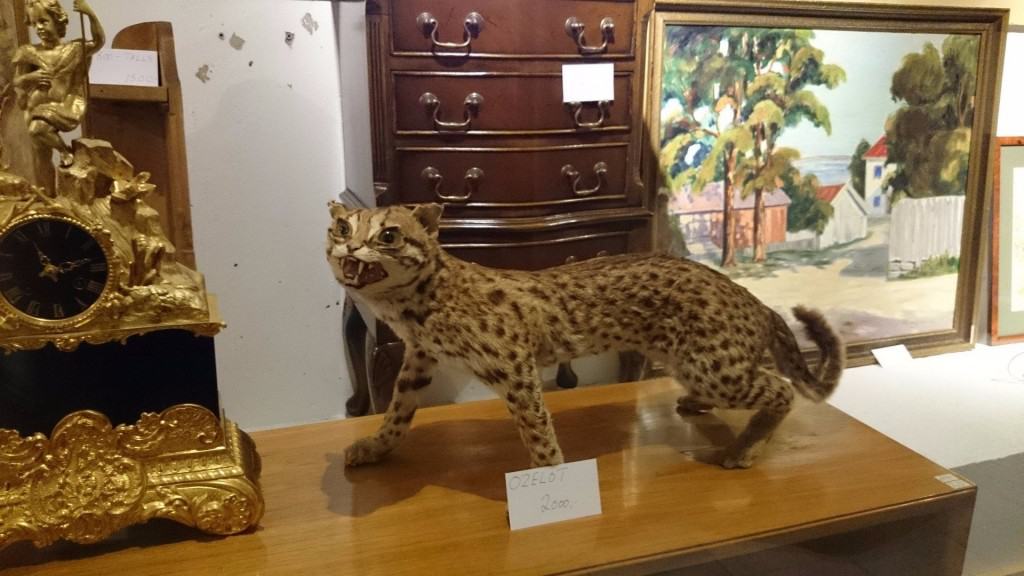 This ocelot looks like it saw something pretty frightening. Maybe it was its own reflection in the mirror!

The Saddest Otter Ever 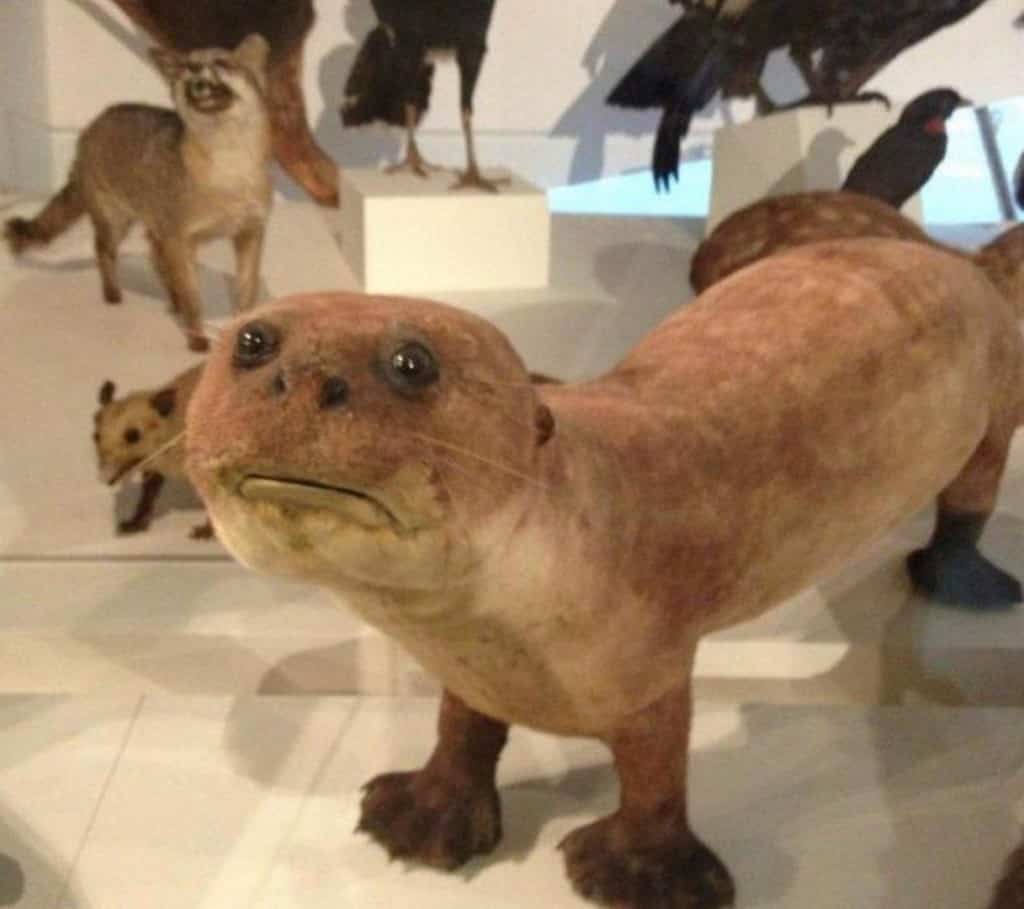 While it may be hard to tell, this is the saddest otter ever. At least he looks to be at home with a lot of other bad taxidermy behind him.

This Seal Is Not Approved 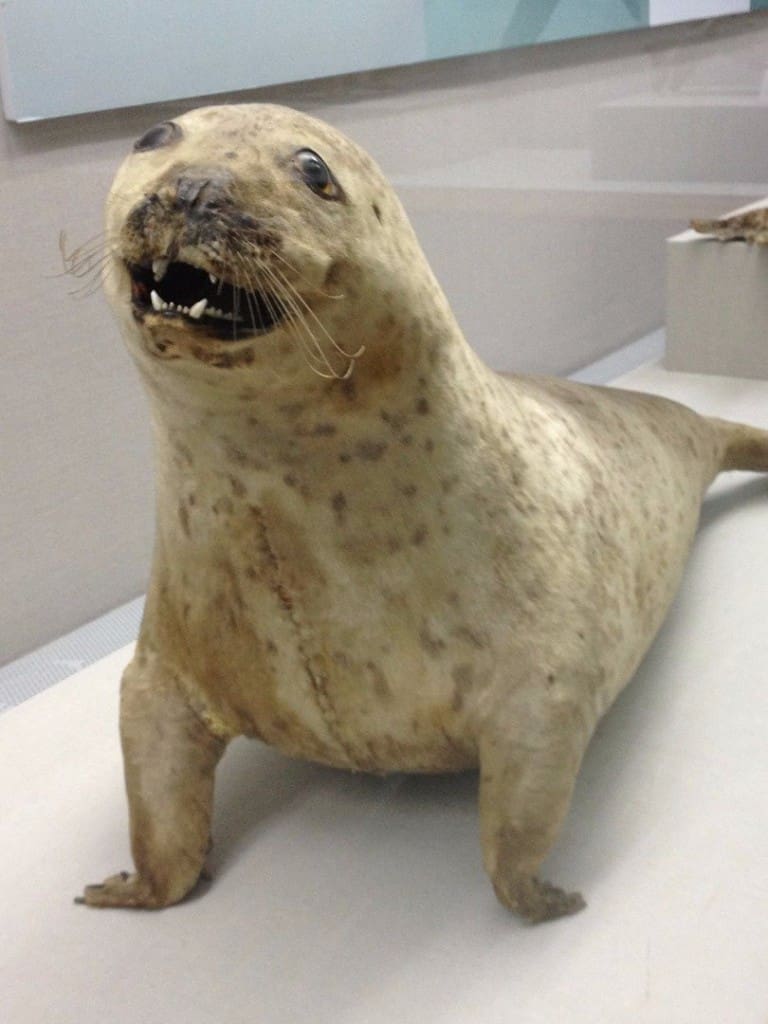 Normally seals look kind of cute, however this one has a face only a mother could love.

My, What Big Teeth You Have 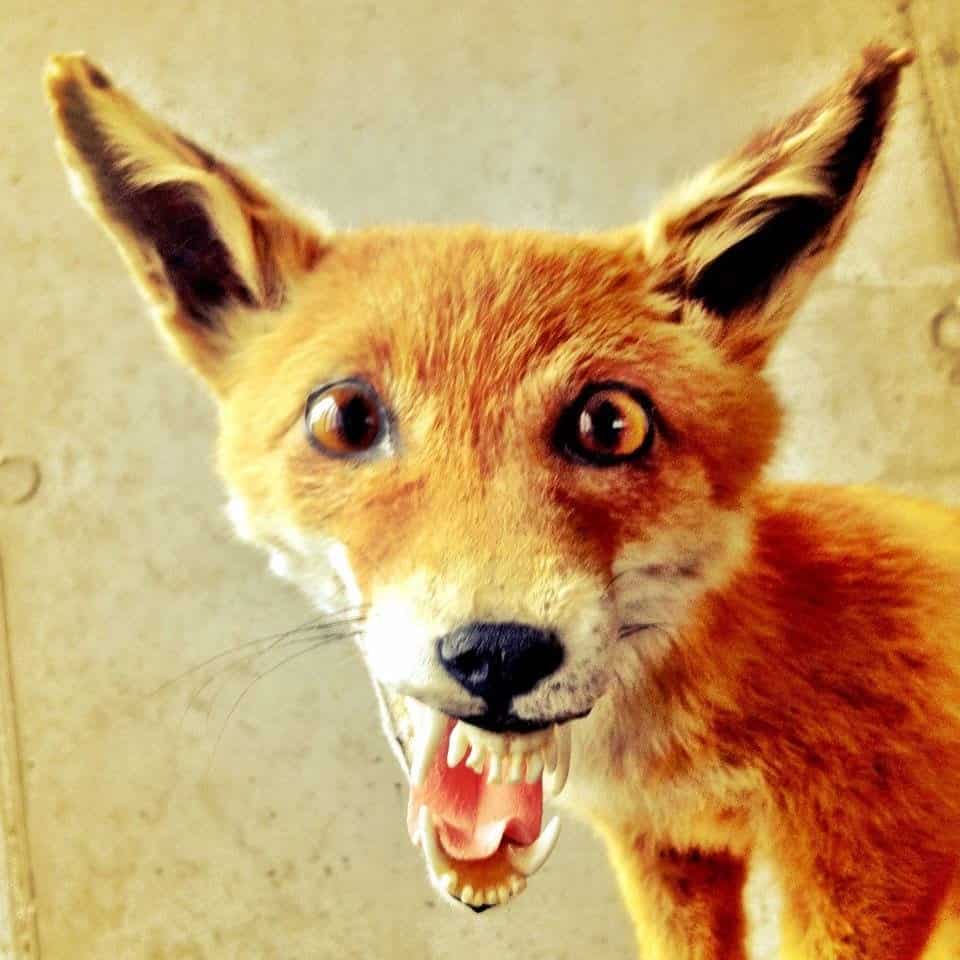 It’s possible those giant teeth were enough to cause this poor fox to break his jaw. It’s a surprise to him as well. 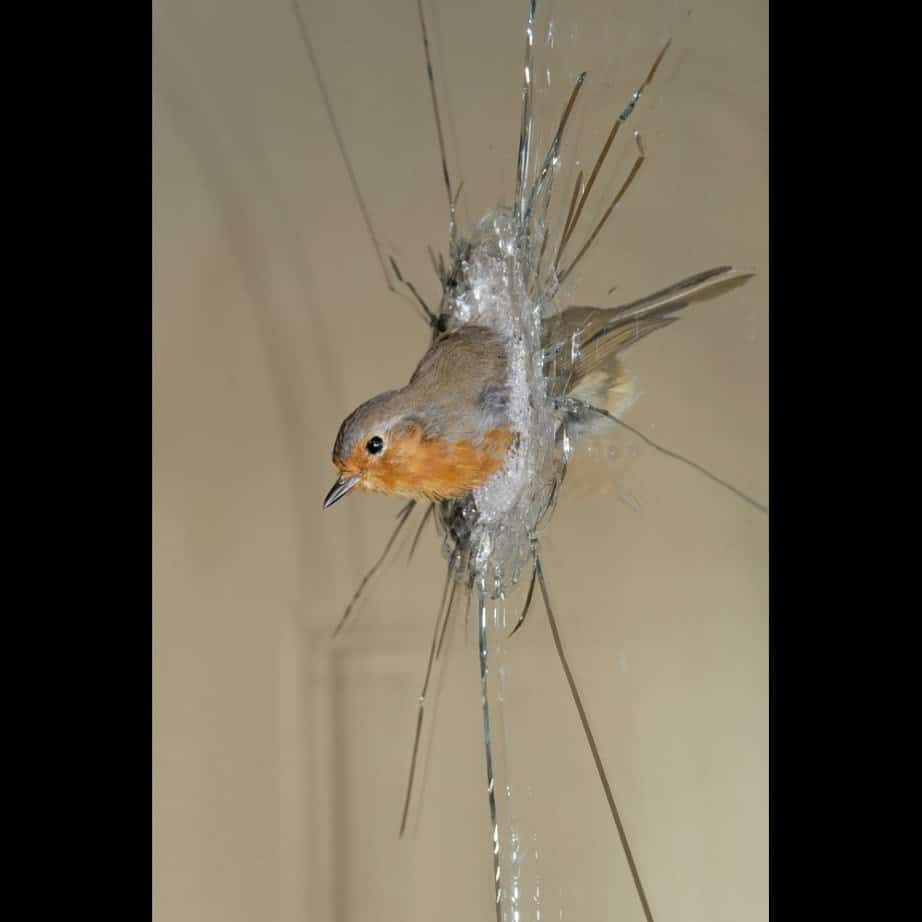 This rogue bird seems to have had an accident with a window. It took some great taxidermy skill to create this, but why? 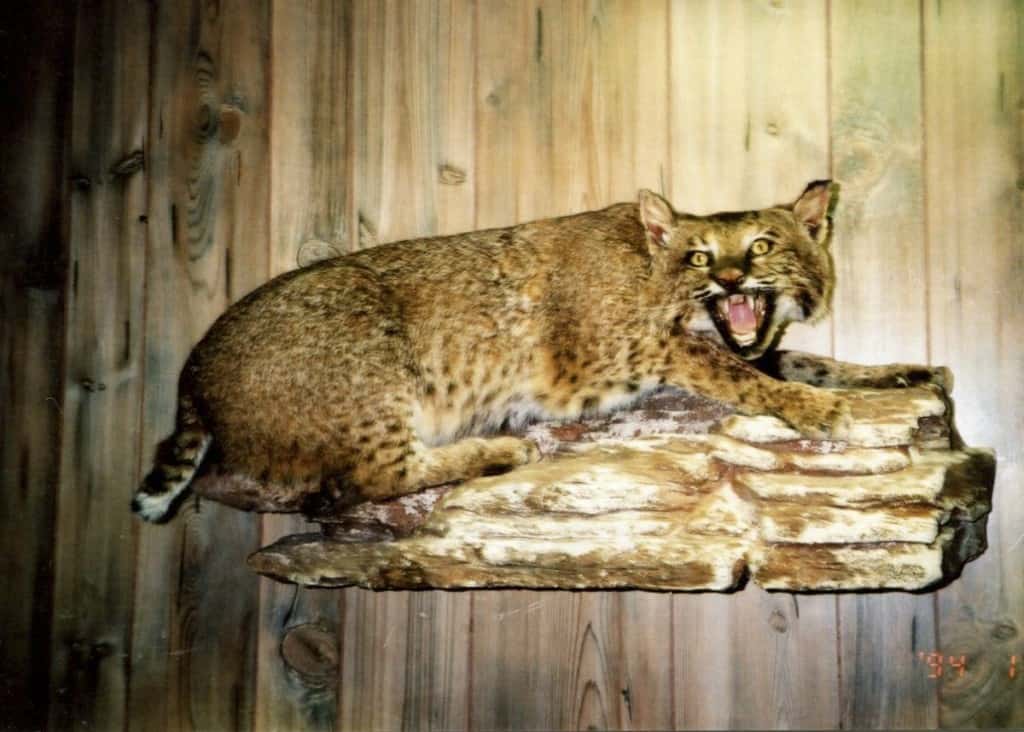 Bobcats aren’t an easy animal to mount, ask anyone that does taxidermy. However, the fact that someone allowed this to be seen says they thought it wasn’t as bad as it is. 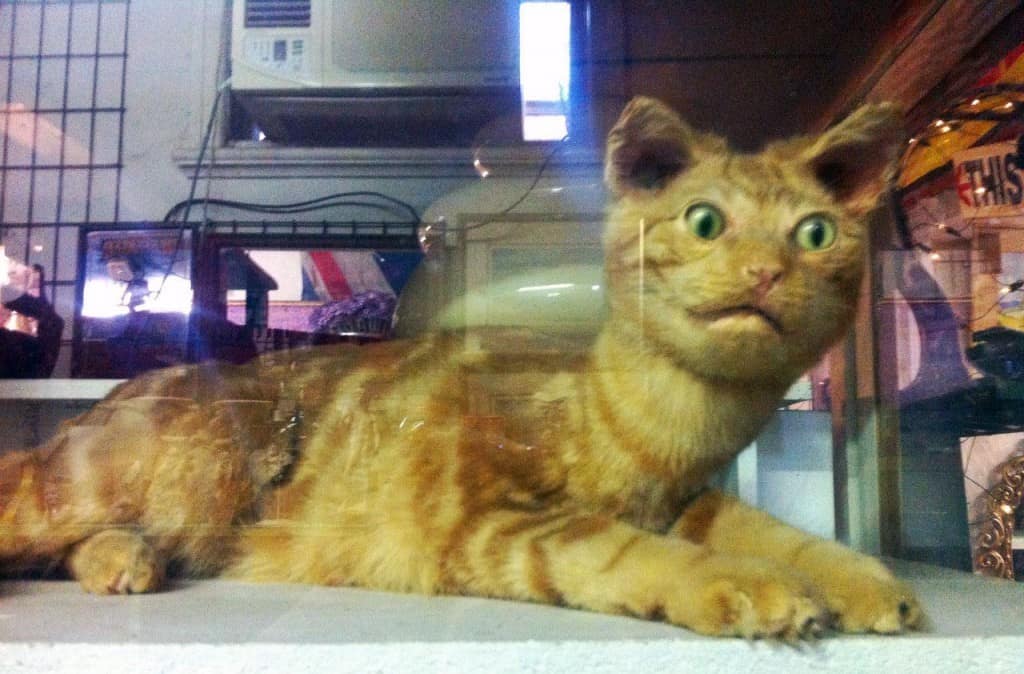 This treasured cat is loved so much that it’s preserved inside a glass case. This looks more like something out of a cartoon with the giraffe-like neck and facial expression. 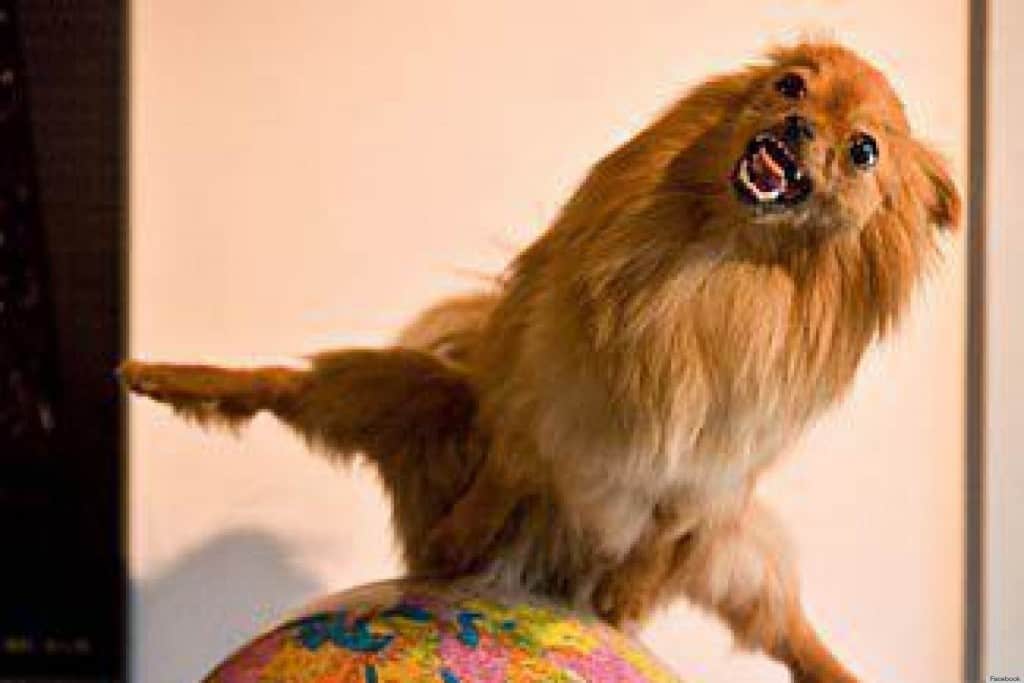 Someone once loved this little dog so much that they paid a professional to preserve it forever. Now they can’t even stand to look at him. 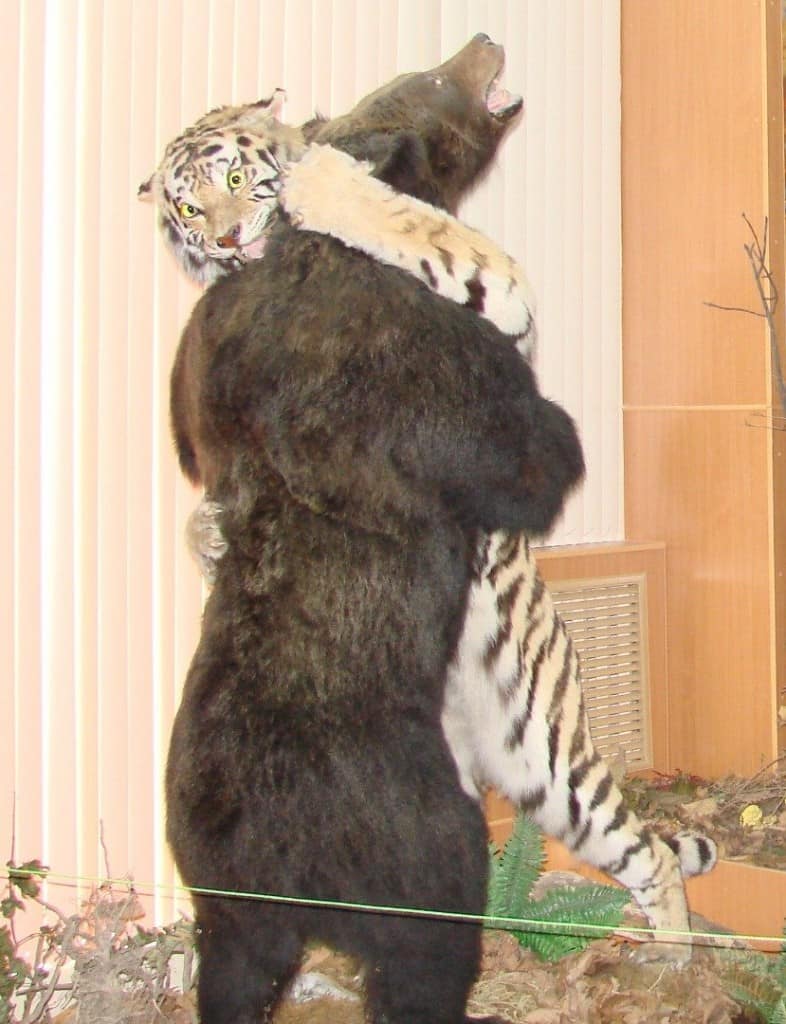 These enemies really look like long lost friends embraced in a hug. Although the tiger seems to be rolling his eyes. 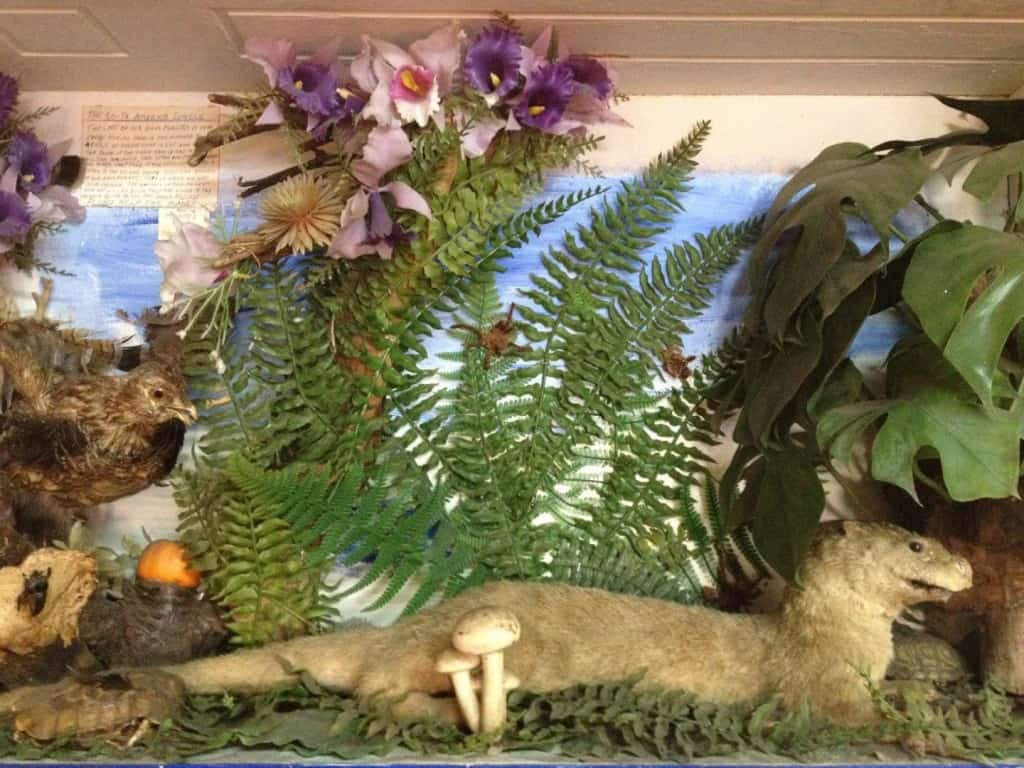 This diorama looks horrible, although that bird could have been saved. Not only is it a little crowded in there, it’s also difficult to determine if that’s really an otter or not. 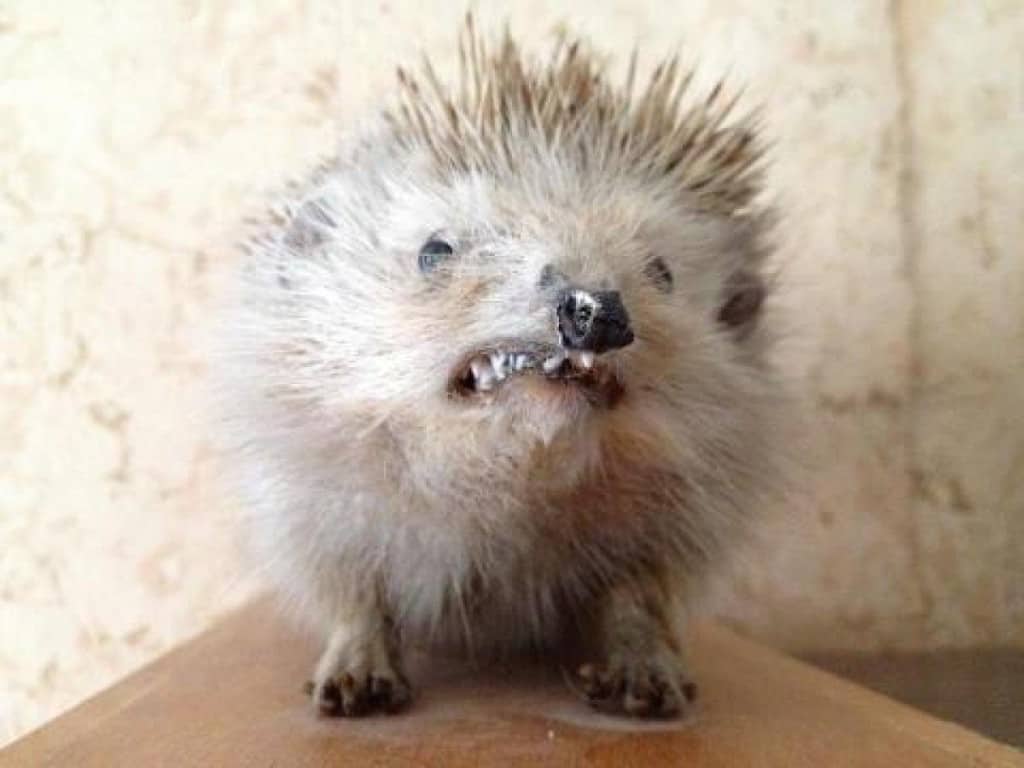 Normally these little guys look all cute and cuddly. This one looks like he may be ready to bite you.