20 Of The Strangest Names For Animal Groupings

Everyone loves animals, from the domestic pets to wildlife. While most animals don’t have totally strange names, groups of animals sometimes do have some odd ones. You’ve likely heard of a flock of seagulls (not the band) and a gaggle of geese, but there are many more stranger ones than these. Most of the names you’ll find below are at least kind of creepy. However, you may find at least one cute one! If you ran into some of these groups you might shudder, either way, read on and find out twenty names for animal groupings.

A Cloud of Bats 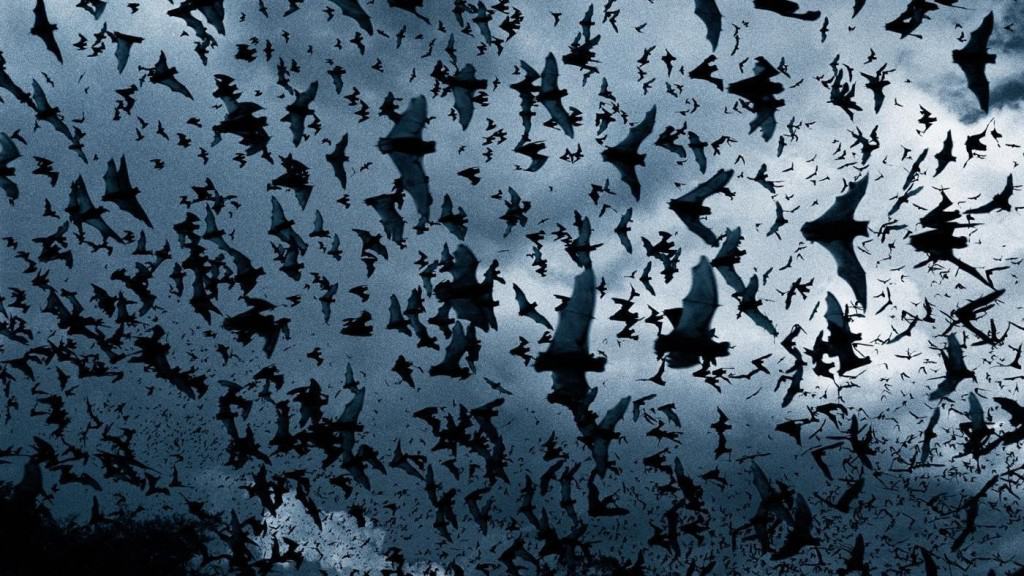 Most people only see a couple bats flying around in the yards at one time, eating up pesky bugs. However, there is a reason that groups of bats are called a cloud (among other things). It’s because when you get a lot of them they look like a big black looming cloud.

An Audience of Squid 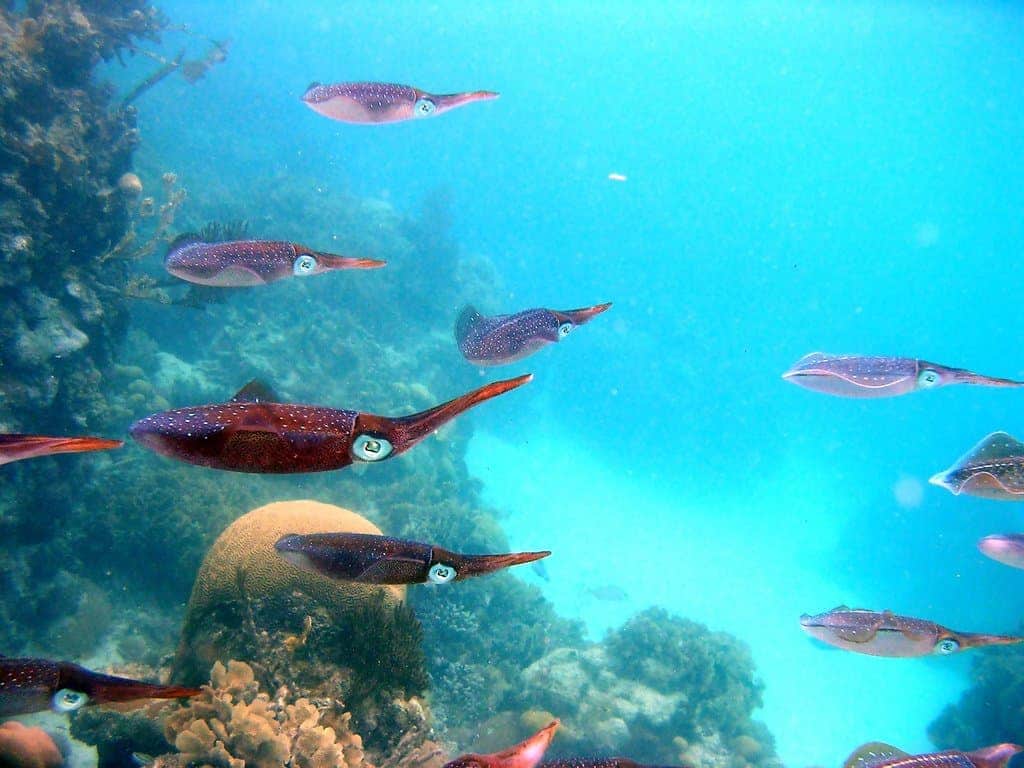 With those big buggy eyes, it makes sense that if you were around a group of squid you’d feel as though you have an audience.

A Romp of Otters 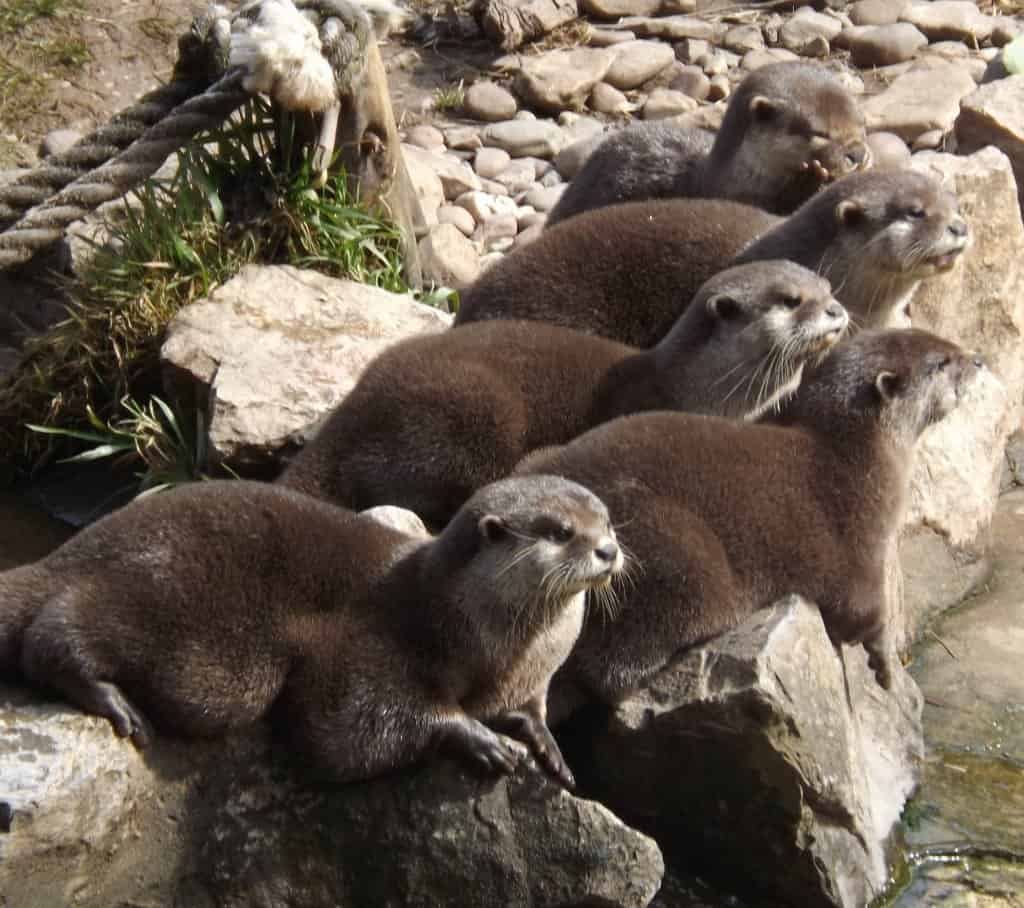 A romp of otters needs to be romping around in your yard right now, doesn’t it?

A Crash of Rhinoceroses 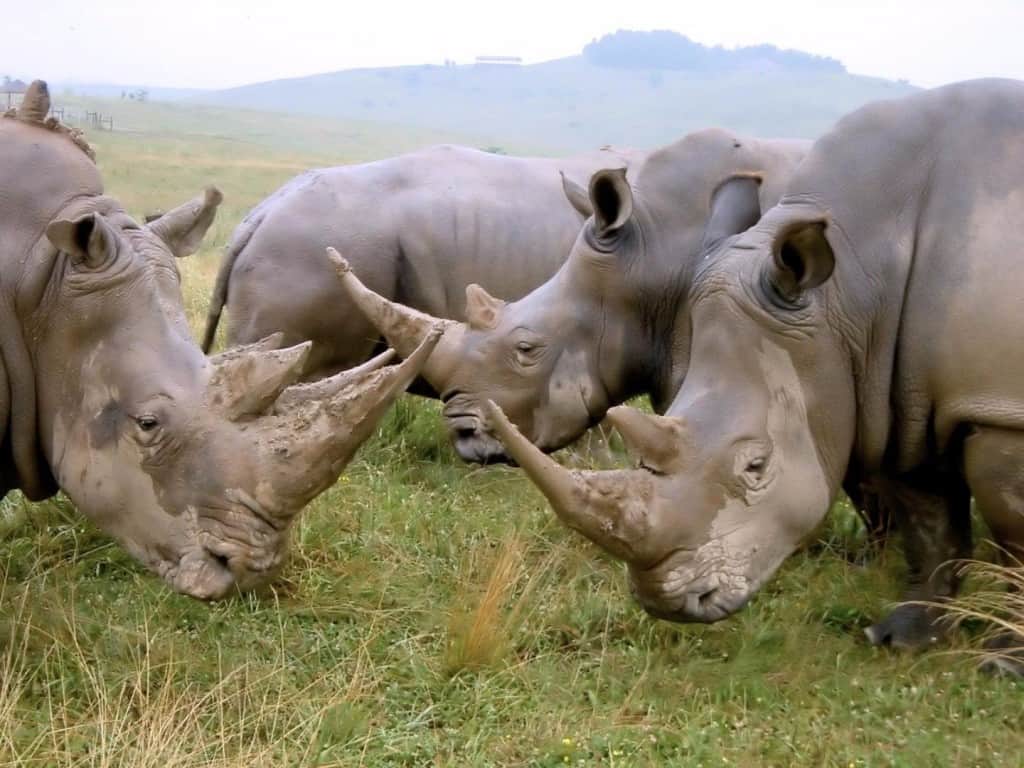 They say someone that has a tendency to knock things down or bump into things is like a bull in a China shop. Maybe they should say it’s like a crash of rhinoceroses. No one wants to crash into one of those.

An Ambush of Tigers

They look all cute and cuddly, but no one wants to be ambushed by one, let alone a group of them.

A Wake of Buzzards 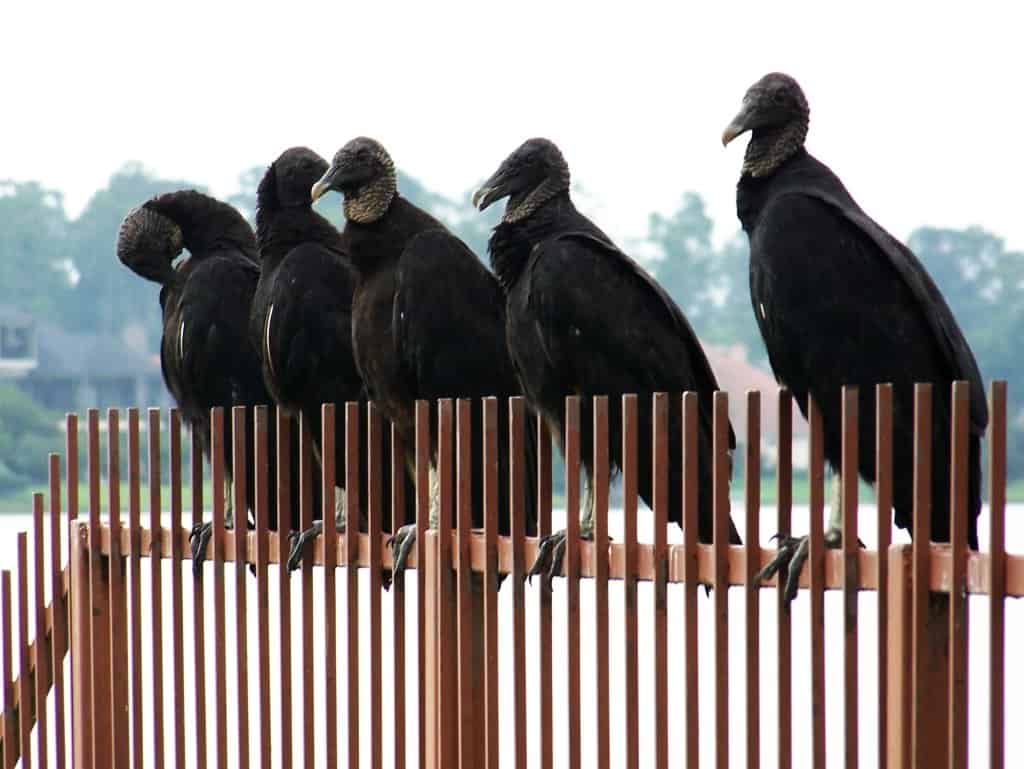 This is a pretty clever name, if you think about it. Buzzards eat dead animals and road kills, so it may look like a group of them is holding a wake over the carcass they are munching on.

A Gulp of Cormorants 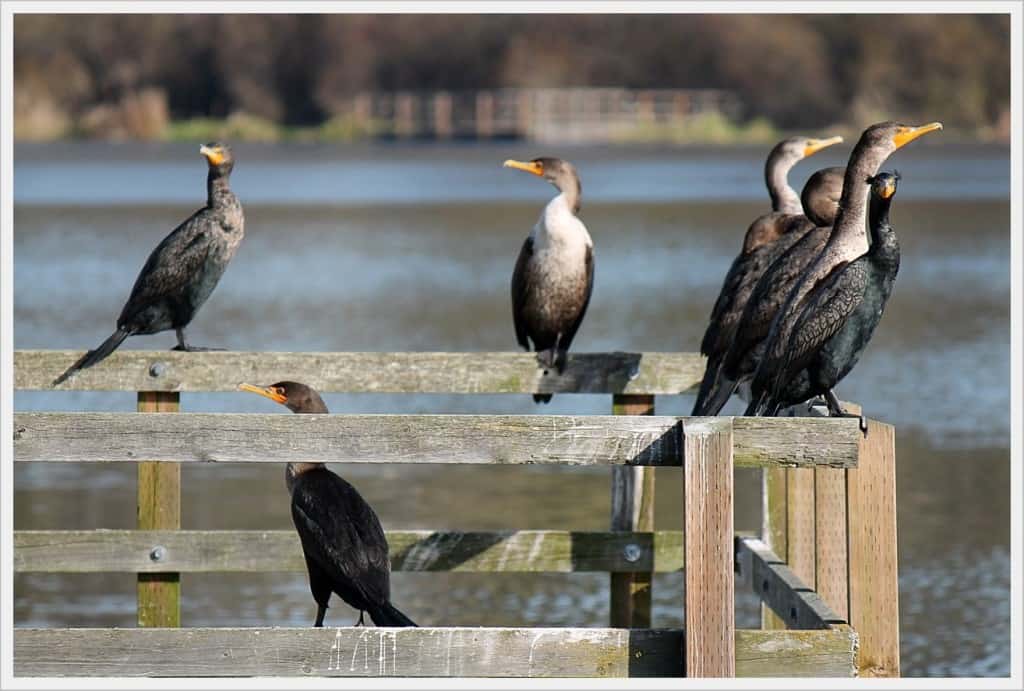 A gulp of cormorants is an interesting name. Maybe it comes from them gulping up all the fish and making it harder for fishermen to catch anything?

A Horde of Crows 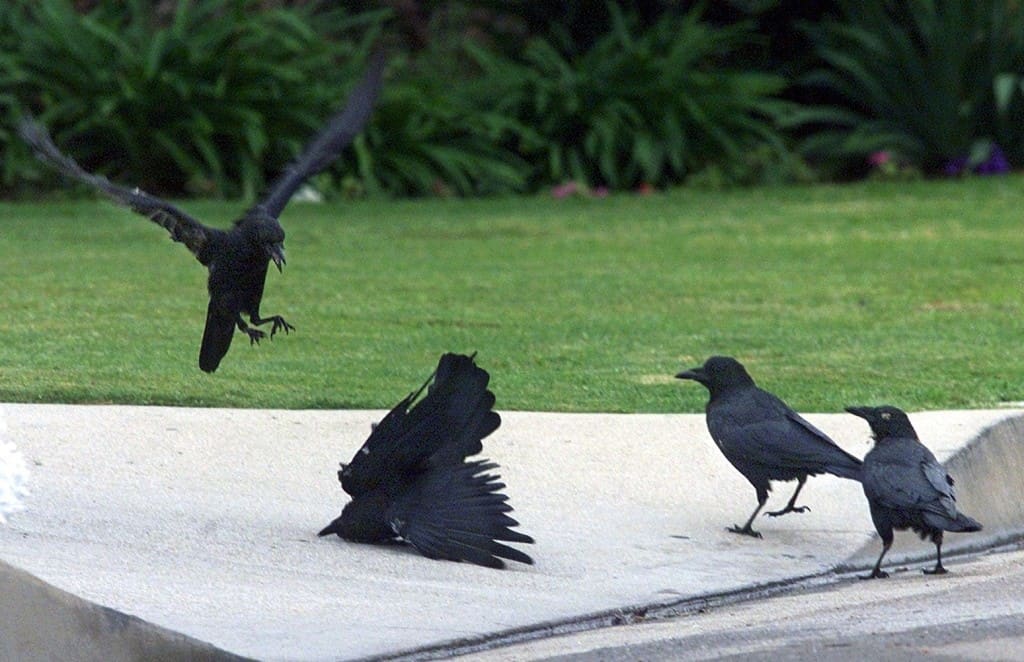 You’ve probably already heard or a murder of crows, but did you know a group of these somewhat ominous black birds could also be called a horde. Kind of makes you visualize a group of zombie birds.

A Stand of Flamingos 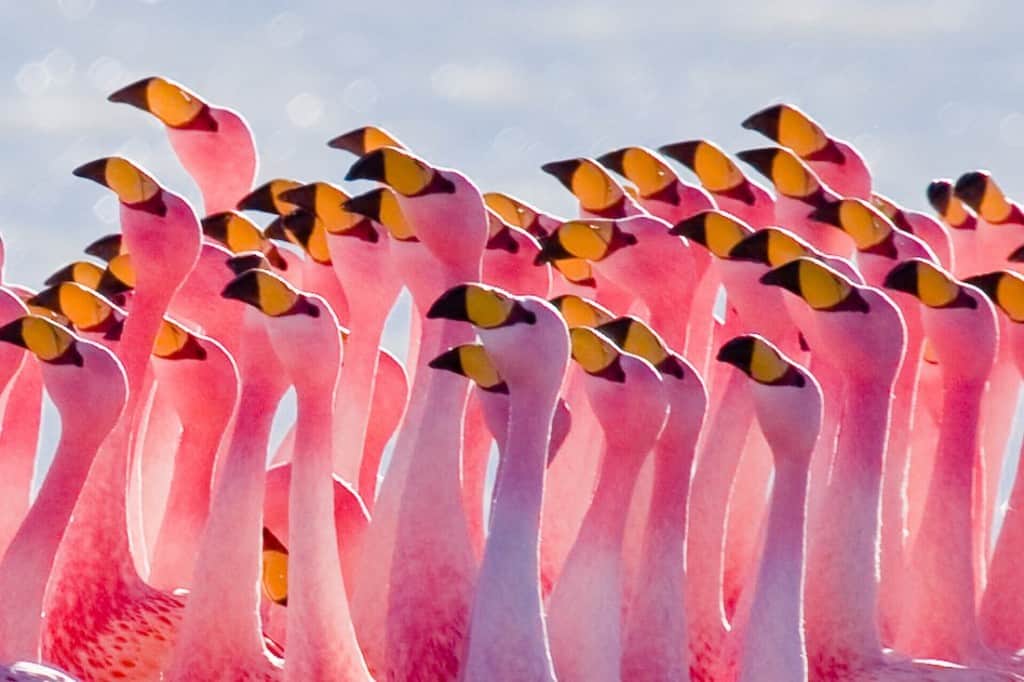 Makes sense, since they always seem to be standing.

A Shiver of Sharks 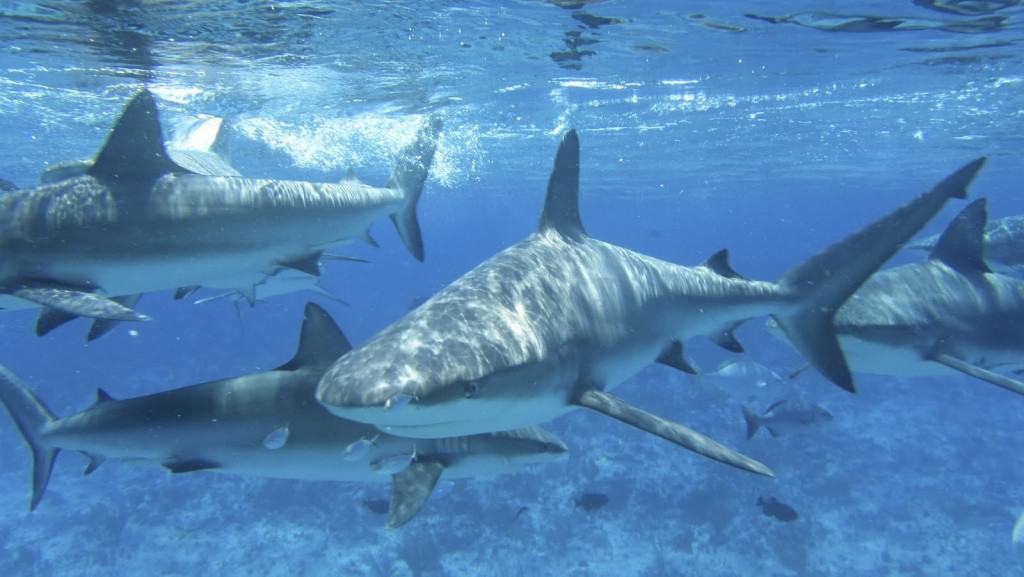 It’s pretty likely that if you ran into a group of sharks you’d shiver too.

A Siege of Herons 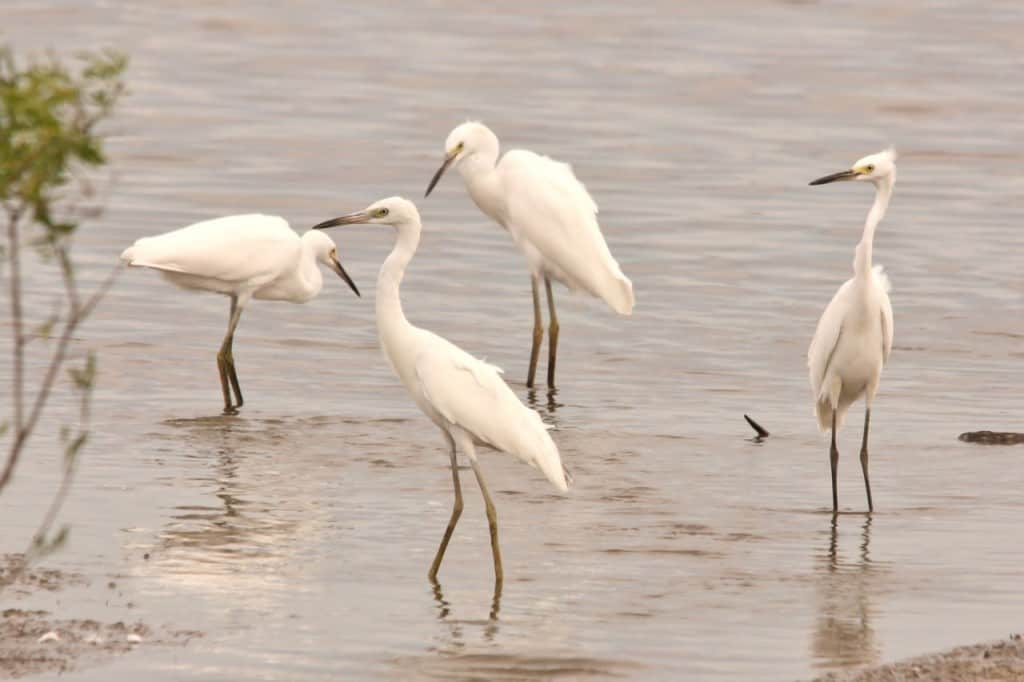 These beautiful birds have a very interesting group name. Who could see these gentle creatures taking siege of anything?

An Intrusion of Cockroaches 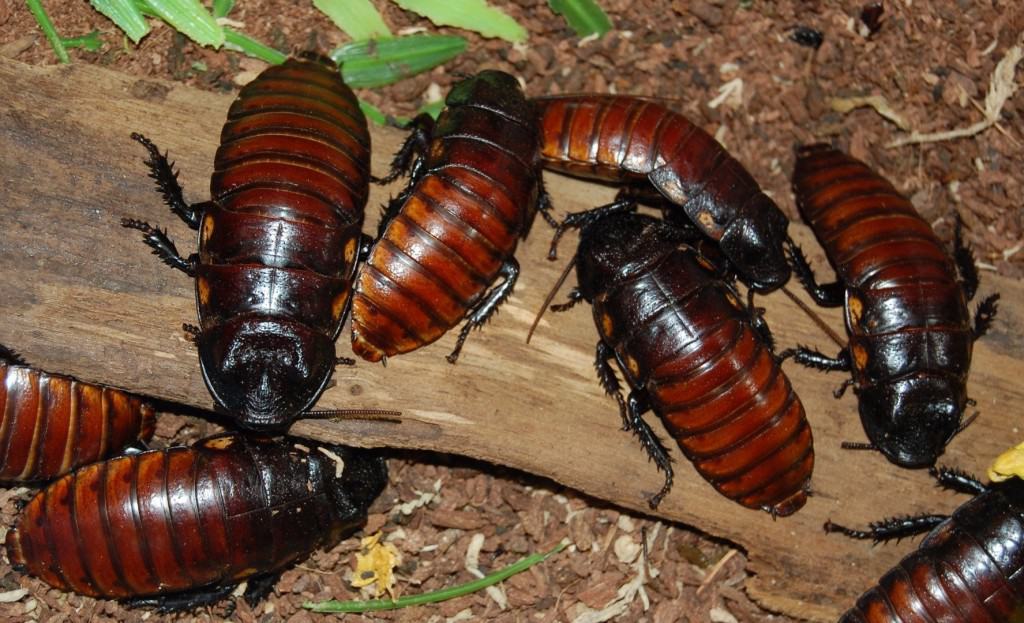 Yes, cockroaches are an intrusion.

A Pandemonium of Parrots 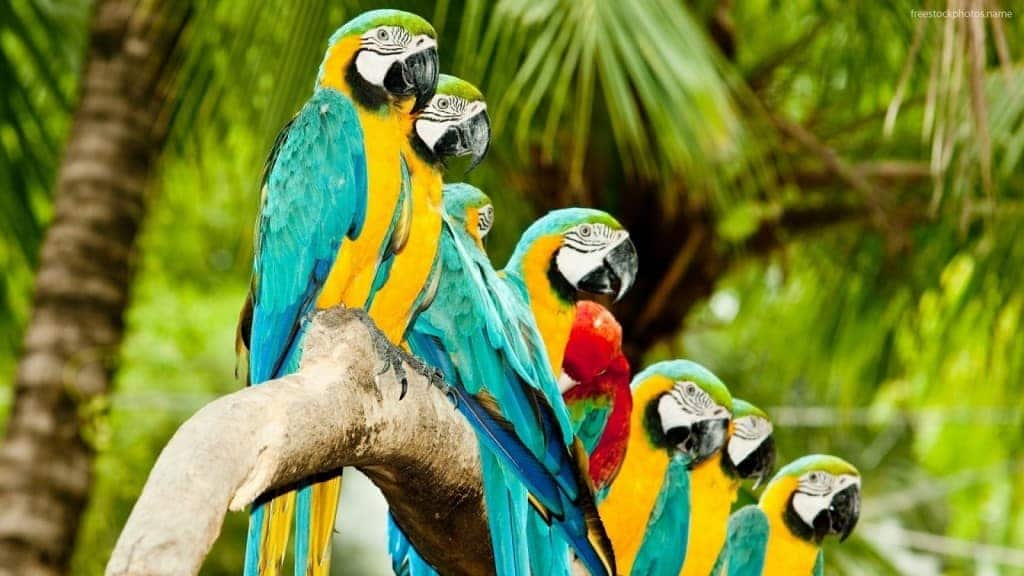 Are these bright and colorful birds called this when they are in a group setting being they are confusing, noisy, and disorderly? Birds are noisy, that’s for sure.

A Bouquet of Pheasants 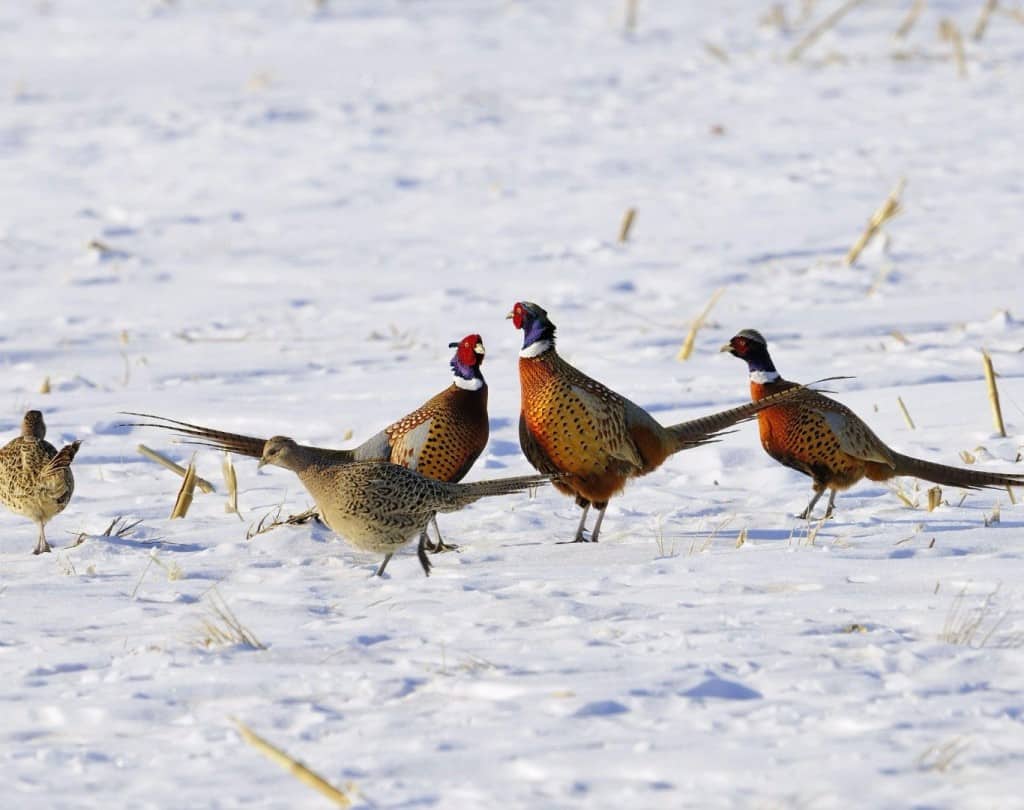 This is kind of a beautiful name, although still strange and interesting. Male pheasant have bright and beautiful colors, so they would look bouquet-ish.

A Business of Flies 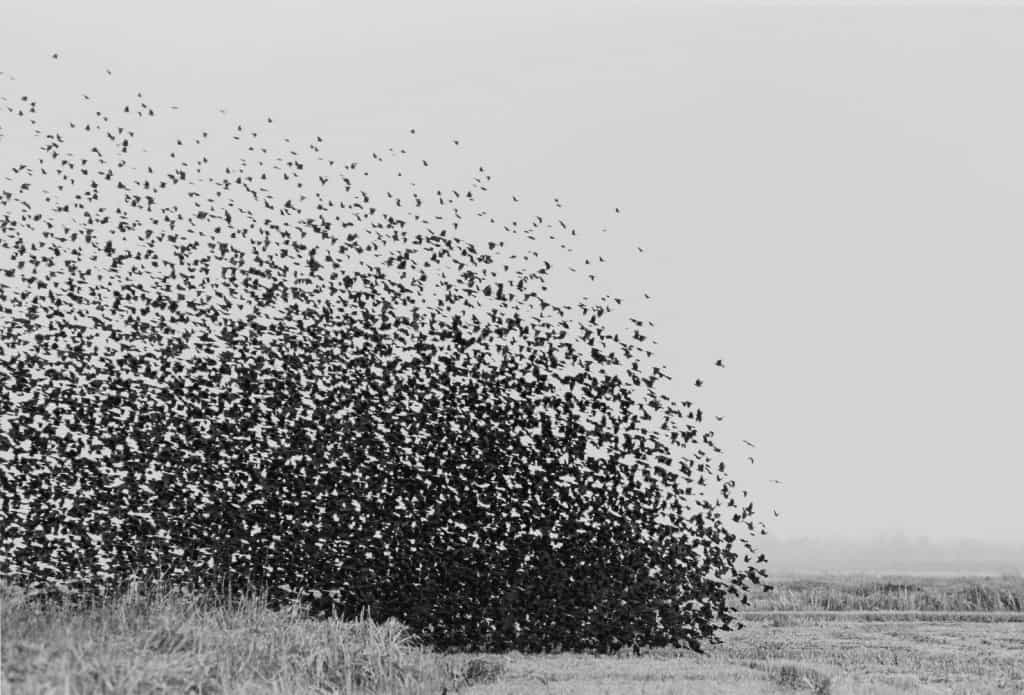 Really,a business? Why not an annoyance of flies or a buzzing of flies? That many flies have no business being anywhere.

A Crowd of Grasshoppers 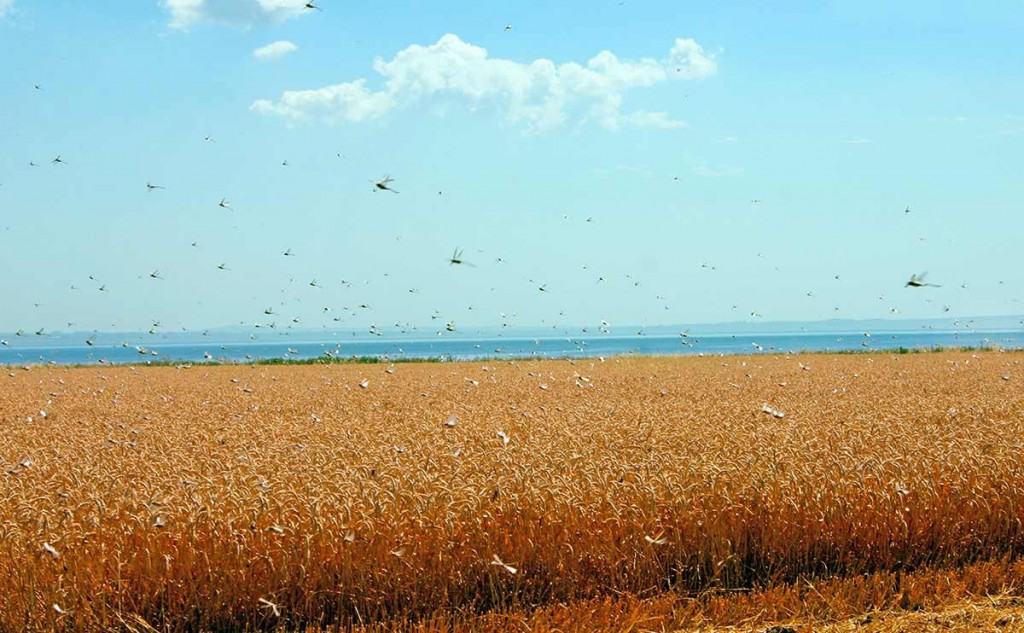 Grasshoppers make such a crowd that recently they were so many in one place that the crowd showed up on satellite imaging.

An Unkindness of Ravens 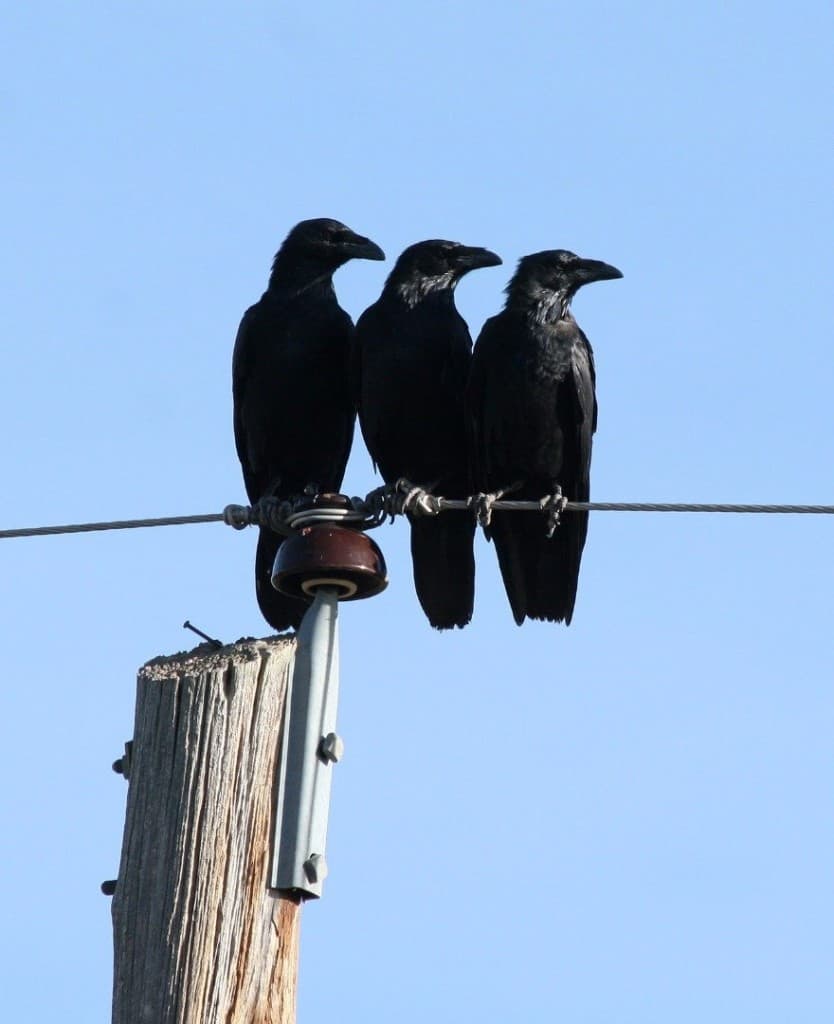 The larger cousin of the crow, instead of a murder these birds are an unkindness. Is this because anything they do is unkind?

A Quiver of Cobras 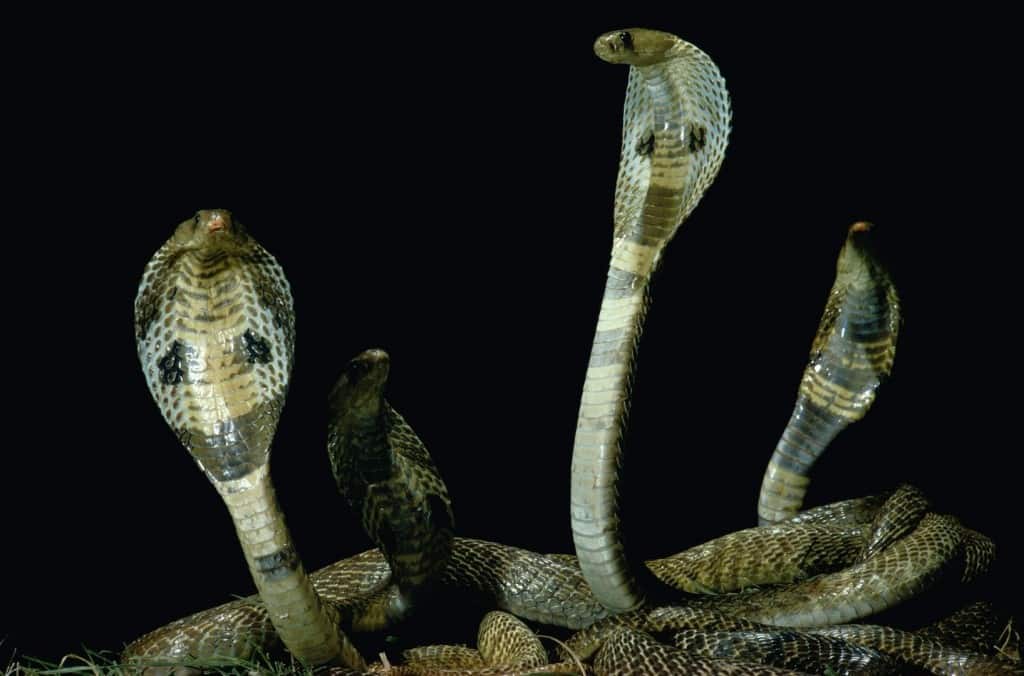 Yes, a group of cobras would make you quiver.

A Maelstrom of Salamanders 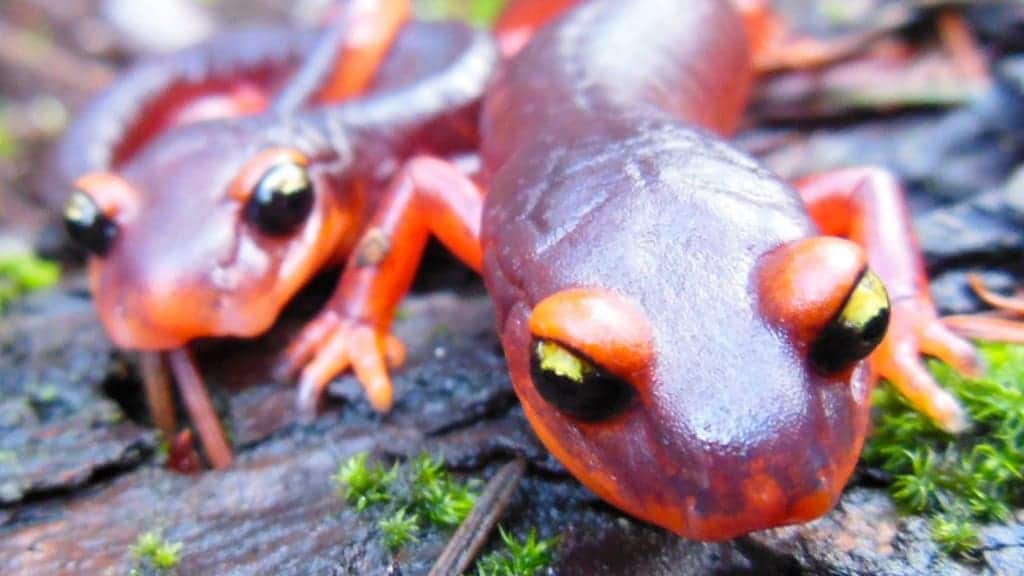 This powerful whirlpool of little lizards sounds so scary!

A Risk of Lobsters 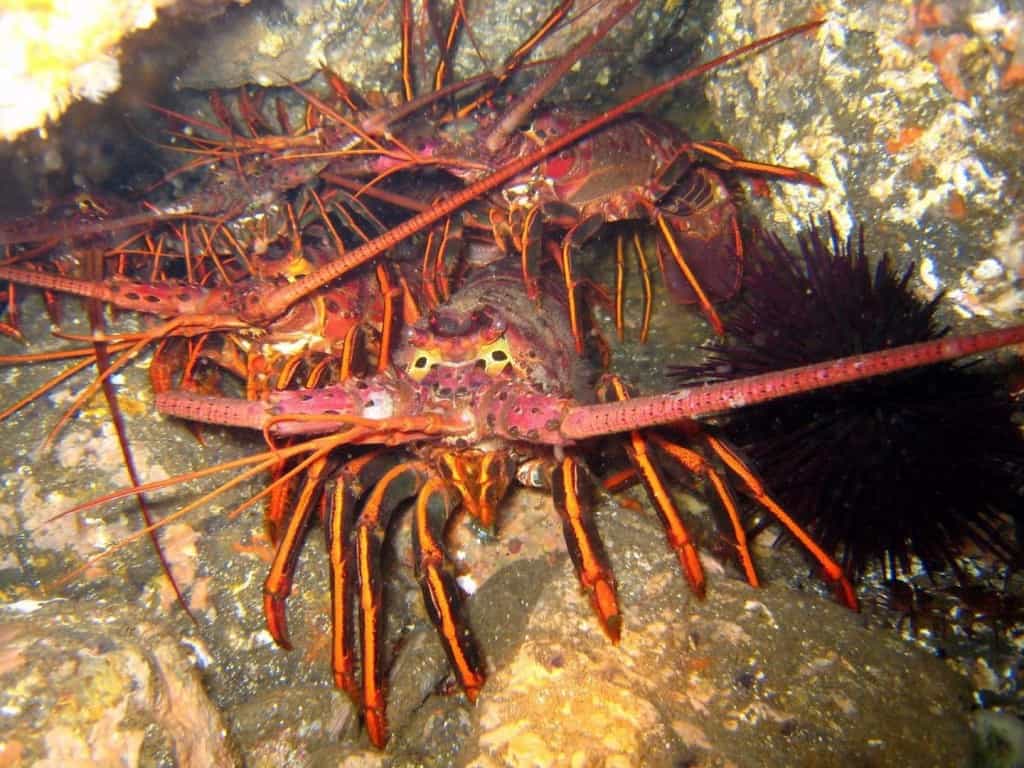 The only risk when it comes to a group of lobsters is them getting caught in a trap and ending up on someone’s plate.