20 Of The Most Shocking Celebrity Fashion Disasters

Hollywood celebrities and personalities try to outshine each other on the red carpet by donning the most fashion-forward outfits. There’s a thin line between ‘avant-garde’ and ‘ridiculous costume’ however — and sometimes, even with a team of stylists and managers, celebrities still end up making a bad fashion decision. Unfortunately for them, paparazzi takes multitudes of photos that will immortalize their ridiculous fashion choices on the internet and media. Here are the 20 fashion disasters made by the biggest celebrities in the world. 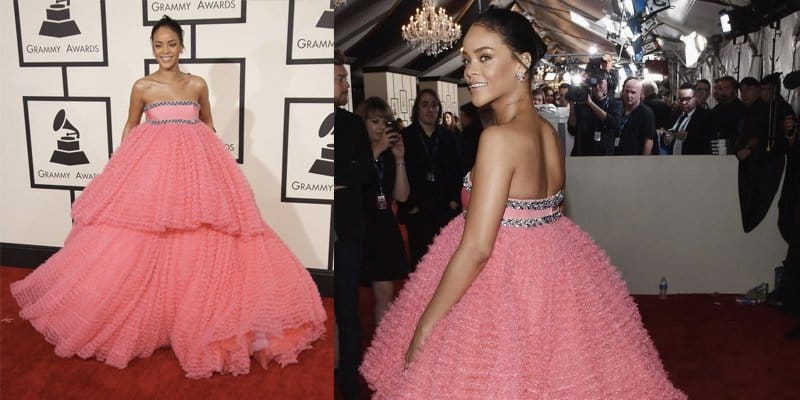 Rihanna has always been known to be edgy and stylish. We’re not sure if her stylist is trying to sabotage her on this one, but her flamboyant pink gown at the 2015 Grammys made her look like a cake topper–or the cake itself!

Nothing Left To The Imagination 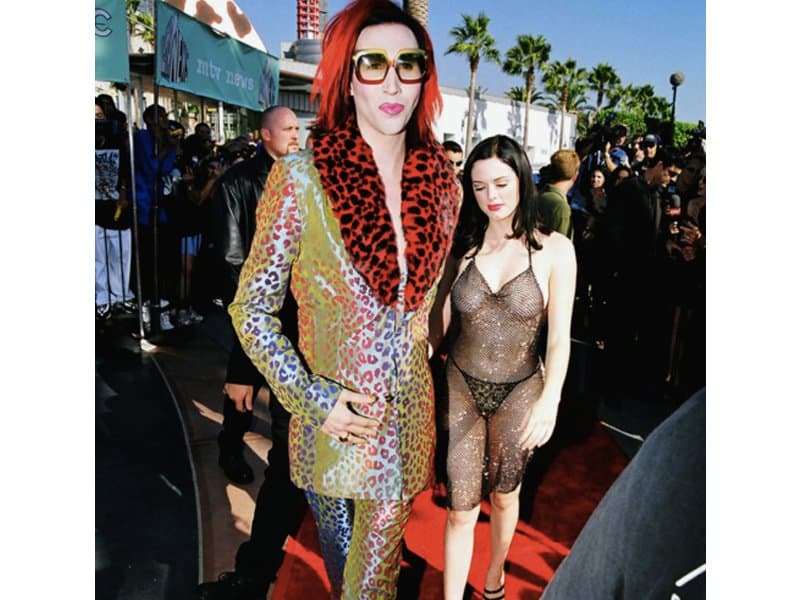 Rose McGowan wore literally nothing but a G-string and a transparent cover-up to the 1998 MTV awards. 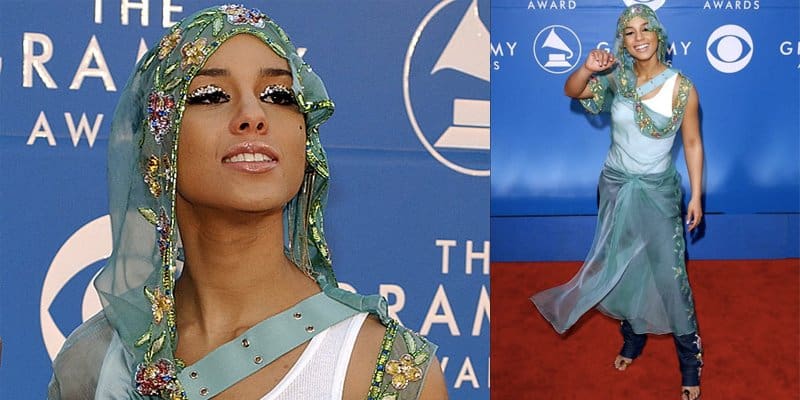 Alicia Keys appeared confused with what she’s wearing to the 2002 Grammy Awards. Her red carpet appearance featured a jasmine green sari and a casual tank top — and we have no clue what she’s really trying to say. 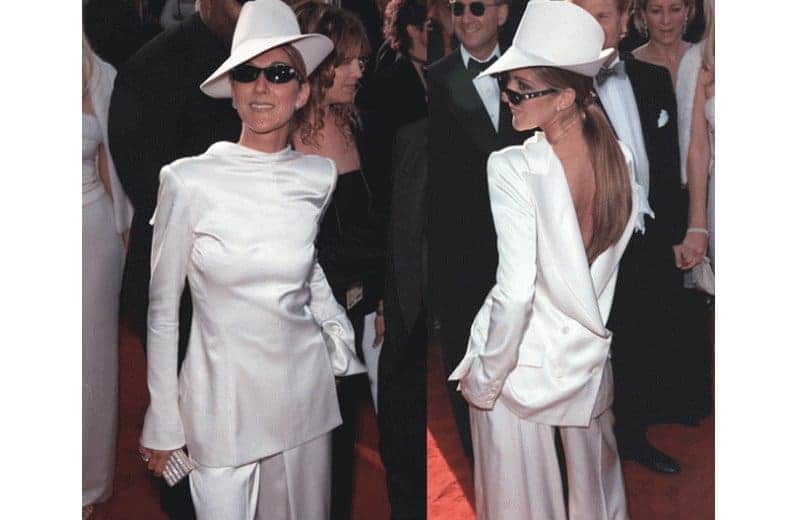 During the 1999 Oscars, Celine Dion made a bizarre outfit choice when she wore an elegant white tuxedo and pants — backwards. Even the hat didn’t fit the suit properly.

Celine Dion wanted to be fashion forward — or ‘fashion backward’, for this red carpet faux pas. 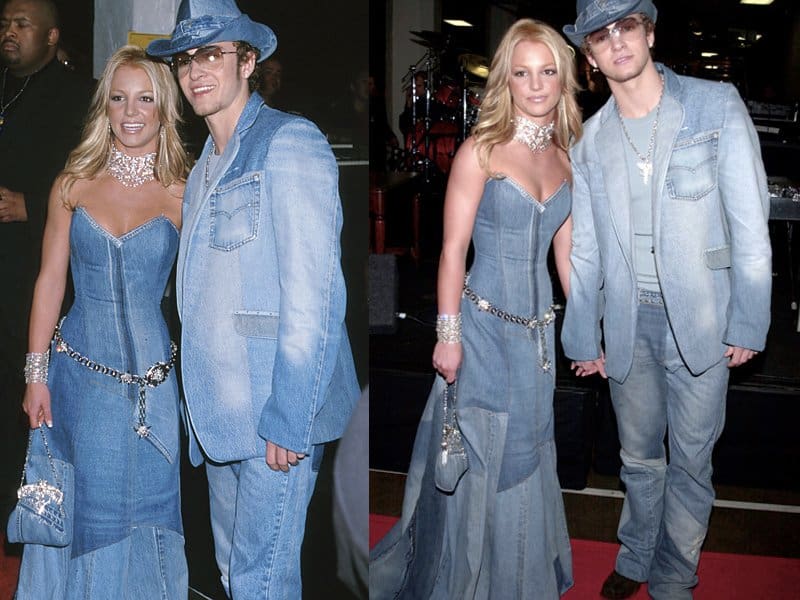 Britney Spears and Justin Timberlake took ‘couple outfits’ to a whole new level and wore matching denim outfits for the 2001 American Music Awards — Britney even carried around a matching denim purse! What a sight to behold. 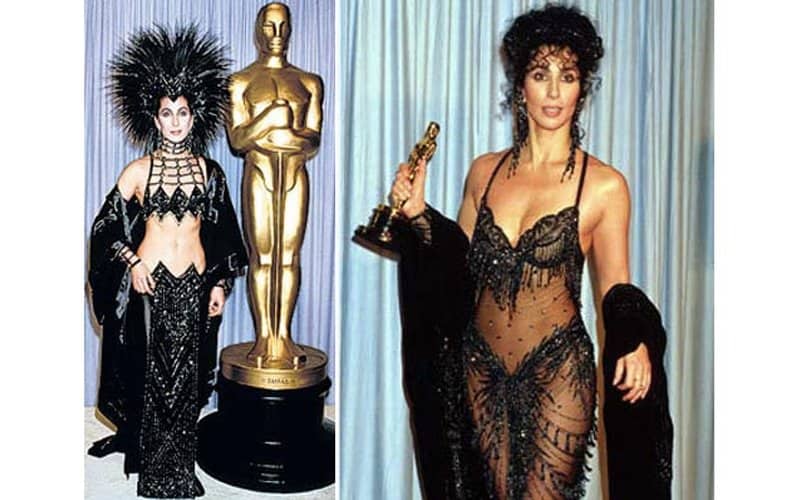 Cher often ties up with Bob Mackie for her outrageous Oscar choices. They often end up looking like a Halloween nightmare. 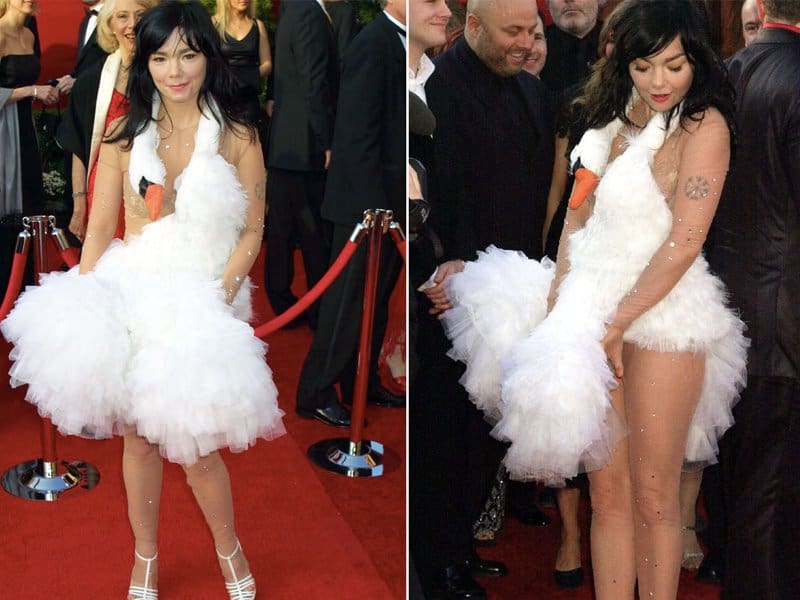 Probably one of the most memorable Oscar dresses, Bjork’s swan dress is still making appearances at Halloween parties. 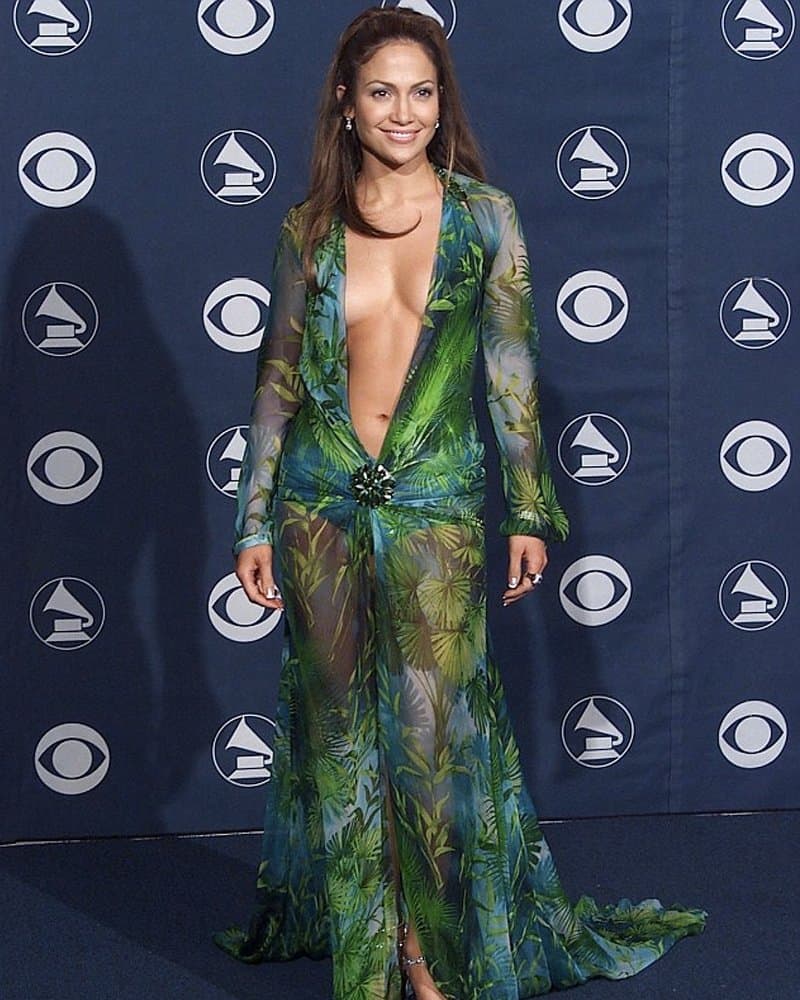 Jennifer Lopez is always known to wear risque clothes, but this one may have took it too far. The Versace emerald green dress she wore for the 2000 Grammy Awards was so revealing it left little to the imagination. 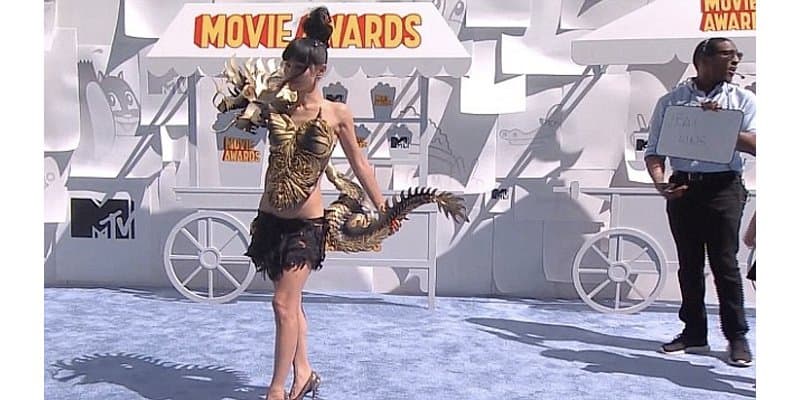 Bai Ling came up to the 2015 MTV Movie Awards with a crazy corset with a 3D chinese dragon attached to it, paired with a sheer black skirt. Good thing the dragon didn’t breathe fire.

Wreck Of A Dress 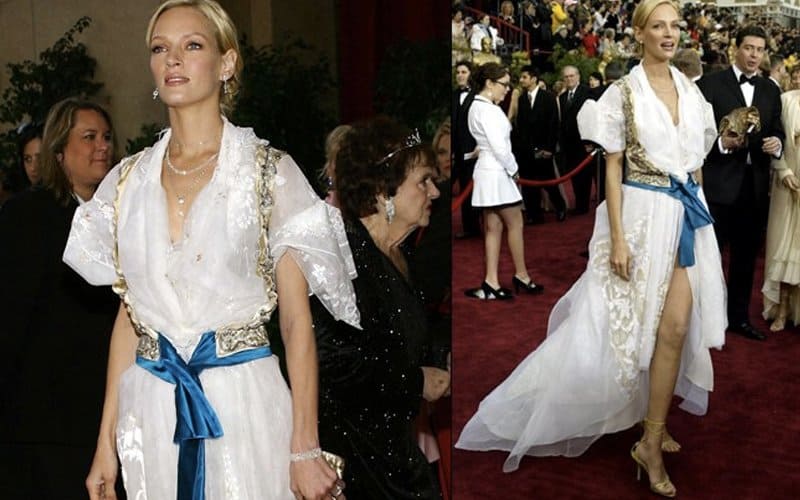 We should all agree that Uma Thurman in Christian Lacroix was a complete mess of a dress.

Gwyneth Has Some Misses, Too 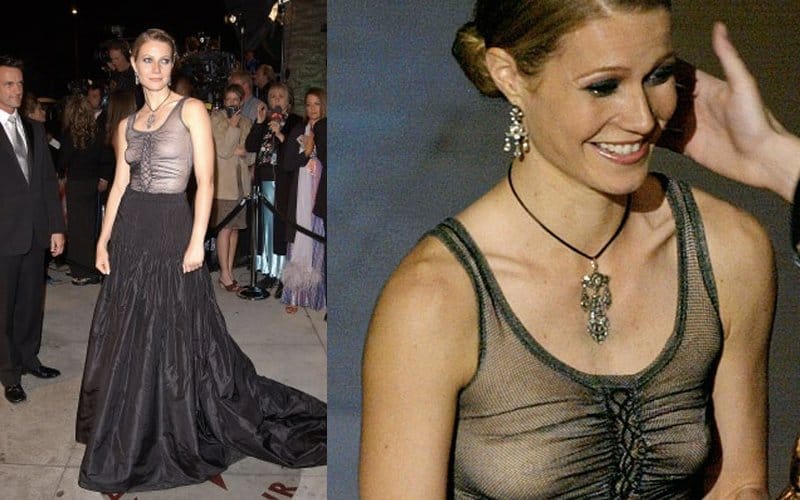 Gwyneth Paltrow is almost always synonymous to red carpet perfection, but in 2002 she made a faux pas by wearing a gauzy tank braless with a taffeta skirt that wasn’t flattering on her.

Faith Hill And Her Rainbow Dress 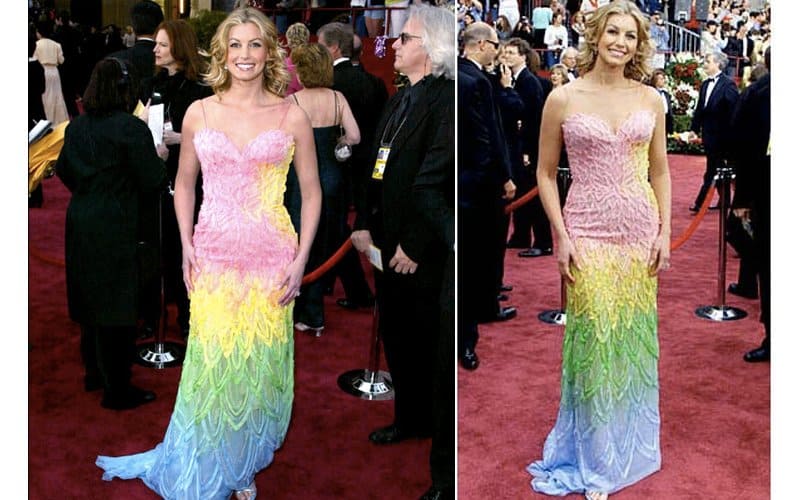 Maybe Faith Hill was way ahead of the times and was already pro-LGBT before everyone else. That, or she just threw her dress on a giant bag of Skittles.

Ballerina On The Red Carpet 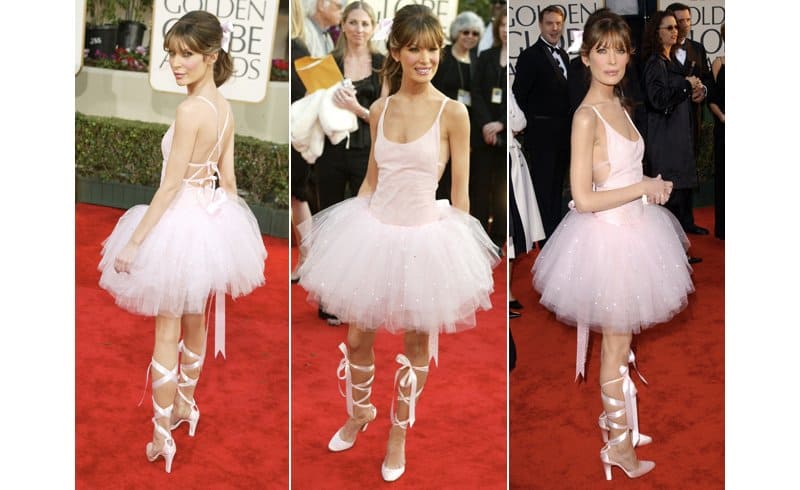 Another odd outfit choice is by actress Lara Flynn Boyle for the 2003 Golden Globe Awards. It was designed by David Cardona, and was, basically, a ballerina costume complete with a tutu and ballet shoes. 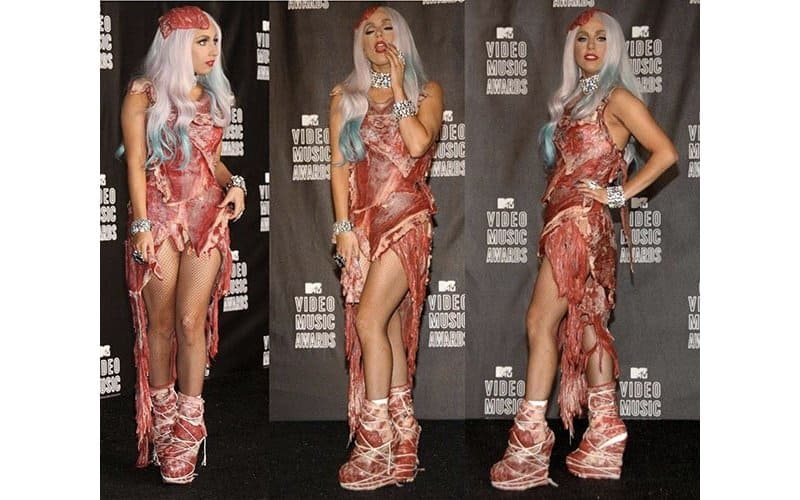 Of course, let’s not forget that infamous meat dress worn by Lady Gaga. It will probably be the most peculiar dress on the runway, of all time. 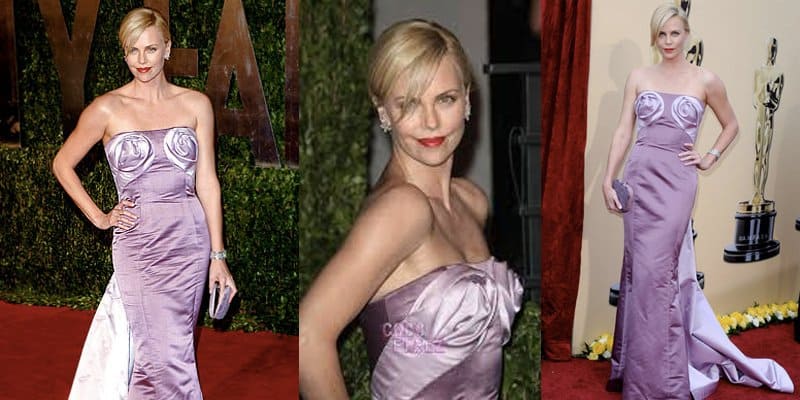 Charlize Theron might have regretted wearing this Dior ensemble for the 2010 Academy Awards, One should never, ever, apply rosebuds onto boobs. They’re not a pretty picture. 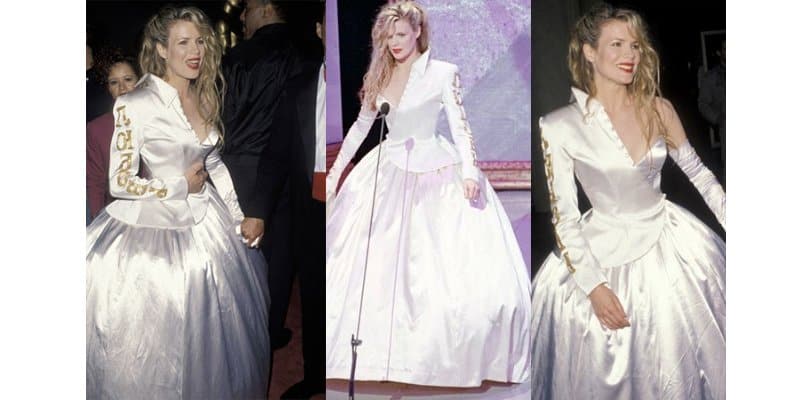 Poor Kim Basinger thought she rocked this train wreck of a dress which she designed on her own. We’ve never seen so much satin at once in our life. 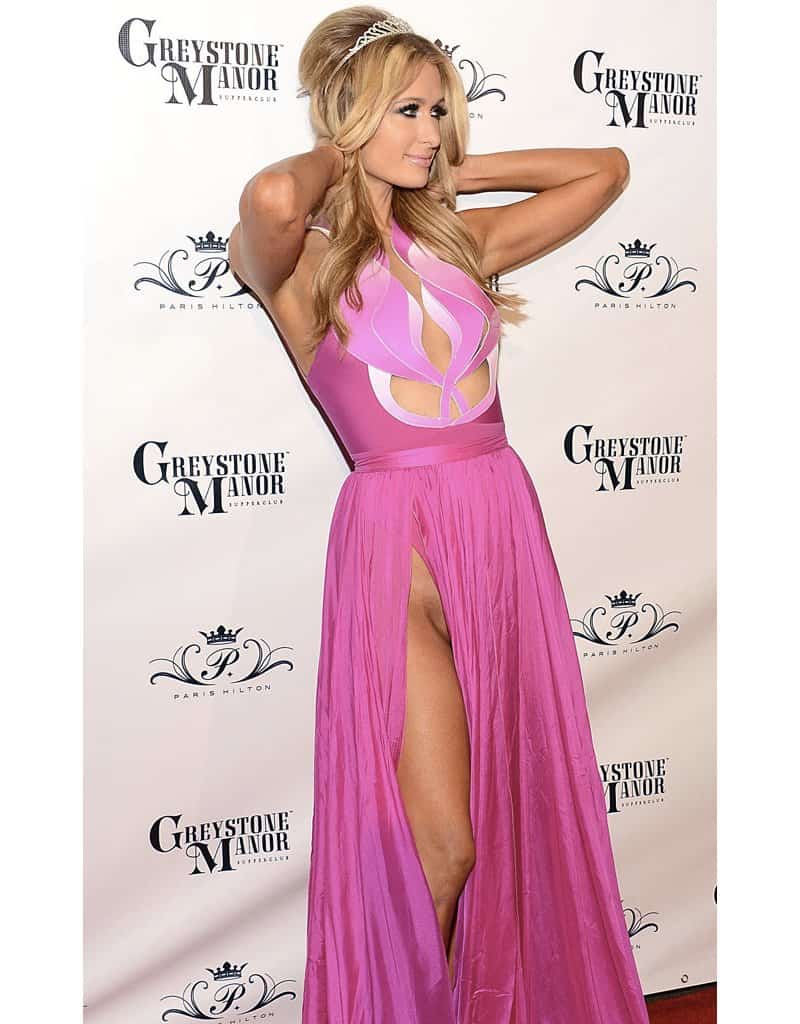 Isn’t Paris a little too old to still be playing Disney princess? And yikes, talk about that major wardrobe malfunction and showing us a little too much than what we’re supposed to see. 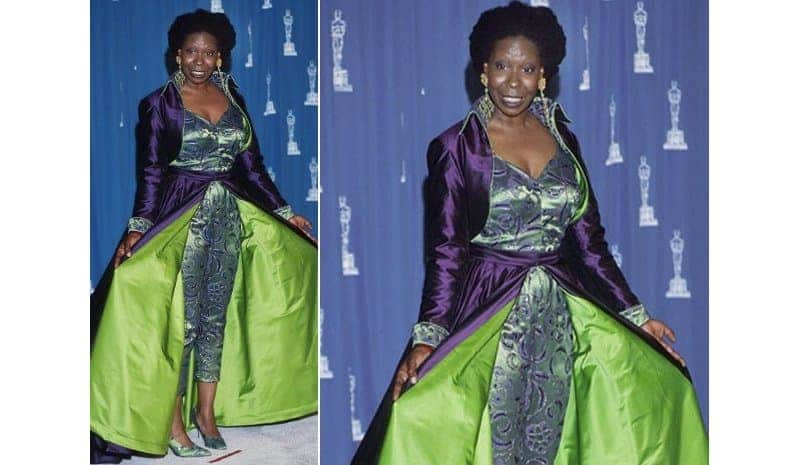 No one would call Whoopi a fashion trendsetter, but this outfit’s just one of her many red carpet blunders spotted over the years. We still love you, Whoopi.

Nicki And The Pope 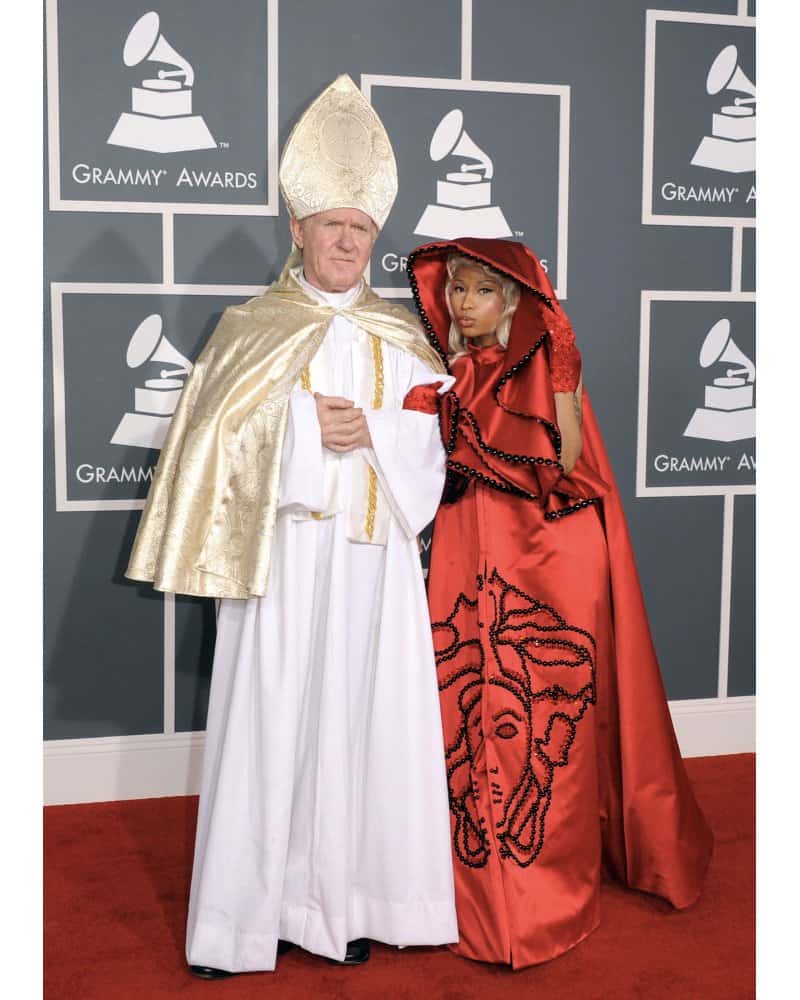 Yikes, we have no clue what Nicki Minaj is trying to say on this one. Her 2012 Grammy Vatican-inspired dress certainly drew a lot of major criticism. 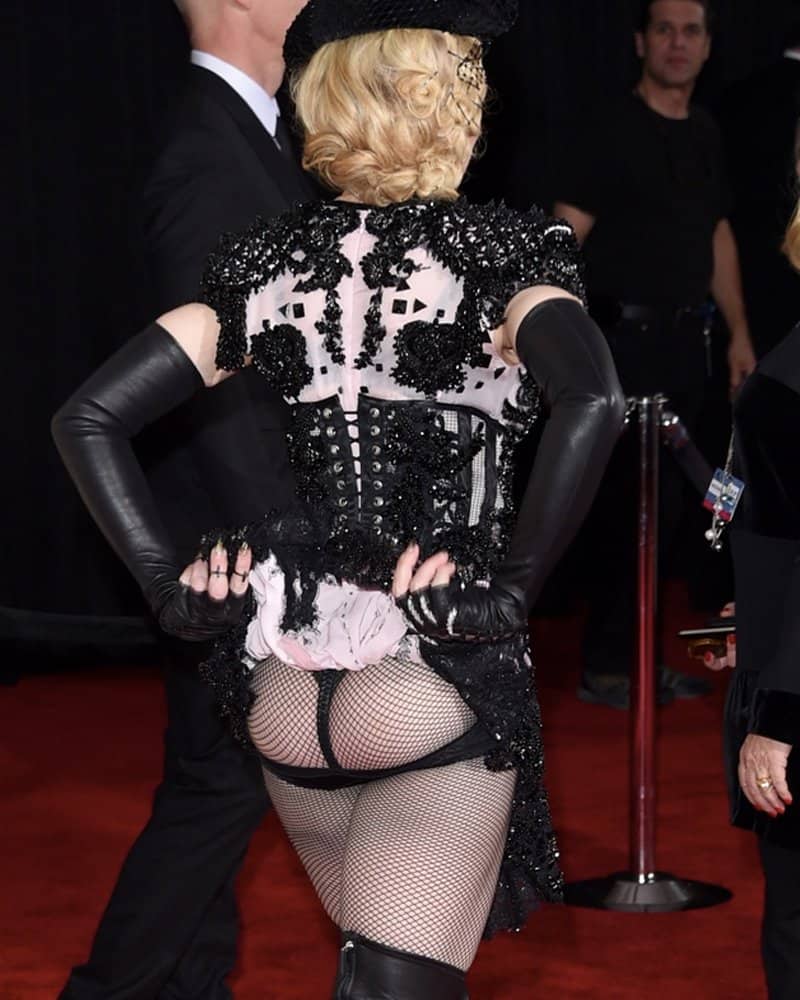 Madonna is already 56 years old but refuses to grow old. During the 2015 Grammy awards, she wore a matador’s outfit, fishnet stockings and a G-string underneath. She lifter her skirt to the photographers’ pleasure and they snapped happily away.