20 Of The Most Difficult Celebrities To Work With

Working in the film industry for some can be the ultimate dream. Not only would you be showcasing your talents, you would also be working among some of the most popular actors, directors and producers around the world! That doesn’t mean there aren’t those few employees that have been known for their highly exaggerated self-entitlement attitude. From celebrities who feel they have more sonority than others to those that have grown way too big of an ego. We have the top 20 celebrities who are way too difficult to work with. 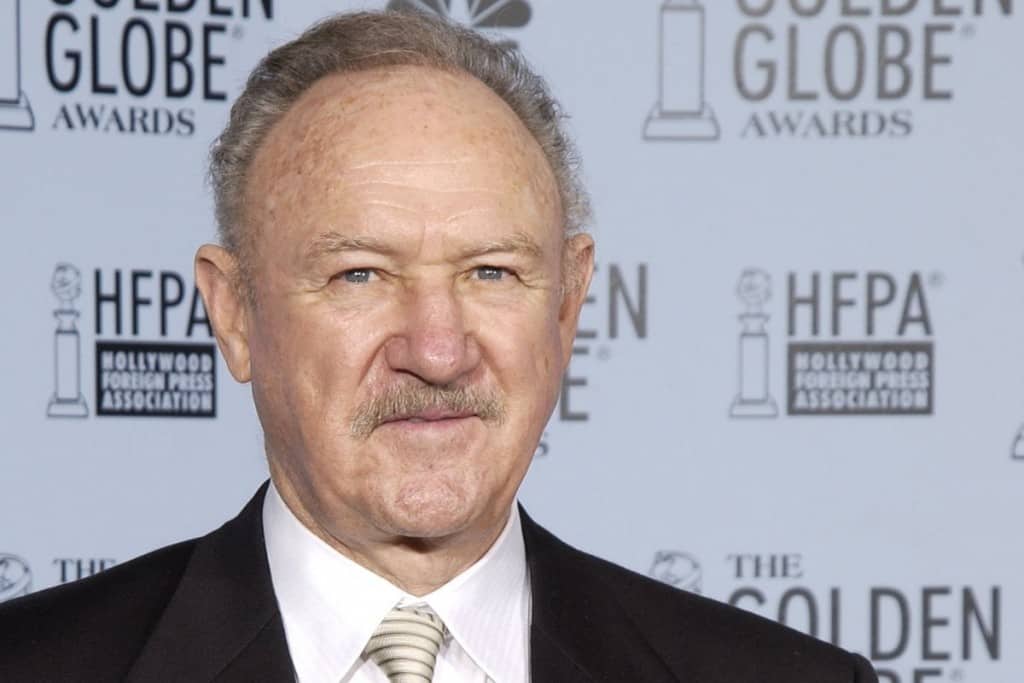 Gene Hackman is an actor that struck fear into the hearts of his fellow cast. It was revealed during a 10th anniversary Q&A of The Royal Tenenbaums that Gene Hackman was horrible to the cast and was frightening to approach. Various actors from within the film recollected on how Gene would call the screenwriter, Noah Baumbach, an expletive and would blow up over little things with director Wes Anderson. The entire cast has had such a problem with Gene Hackman that at the time of the 10th anniversary Q&A no one had heard or seen the actor since. 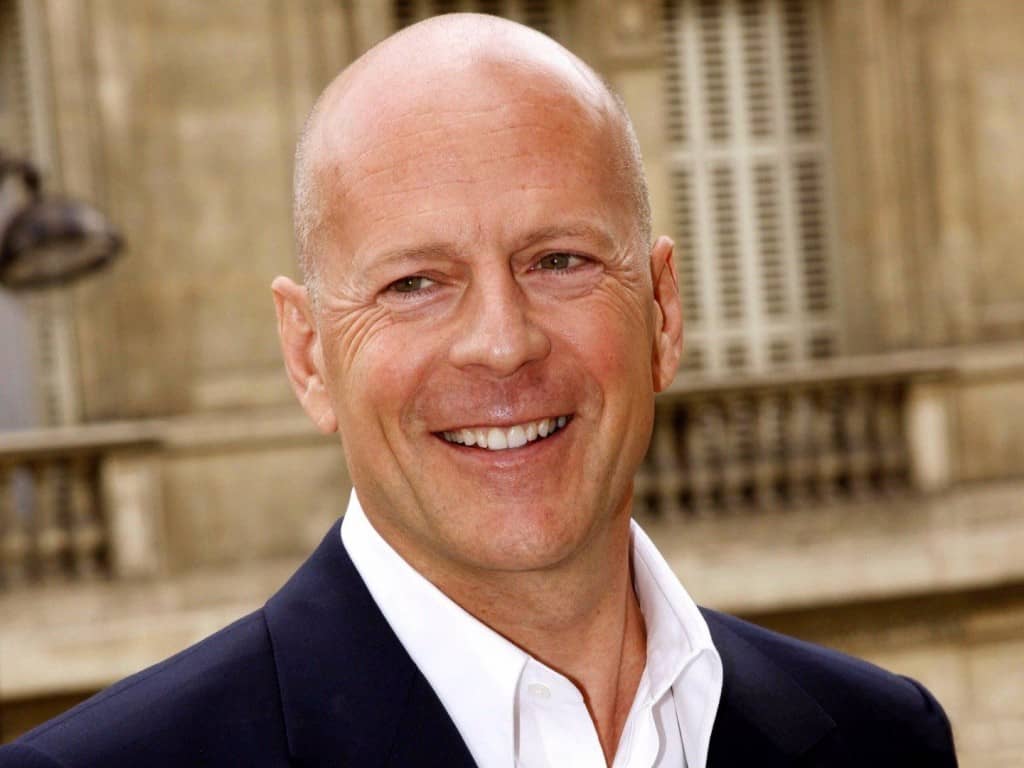 It’s pretty well known that Bruce Willis is a tough guy not to be messed with in our favorite action-filled films. However, he’s also a pretty moody guy behind the scenes as well. One of the biggest feuds that has been brought to light was Bruce Willis and director Kevin Smith. Kevin Smith went on the record countless times about how working with Bruce Willis was soul crushing and impossible to get along with during the film production of Cop Out. From reports made by Kevin Smith, Bruce wanted to play director rather than actor, making the film tough to shoot and even worse to watch through. 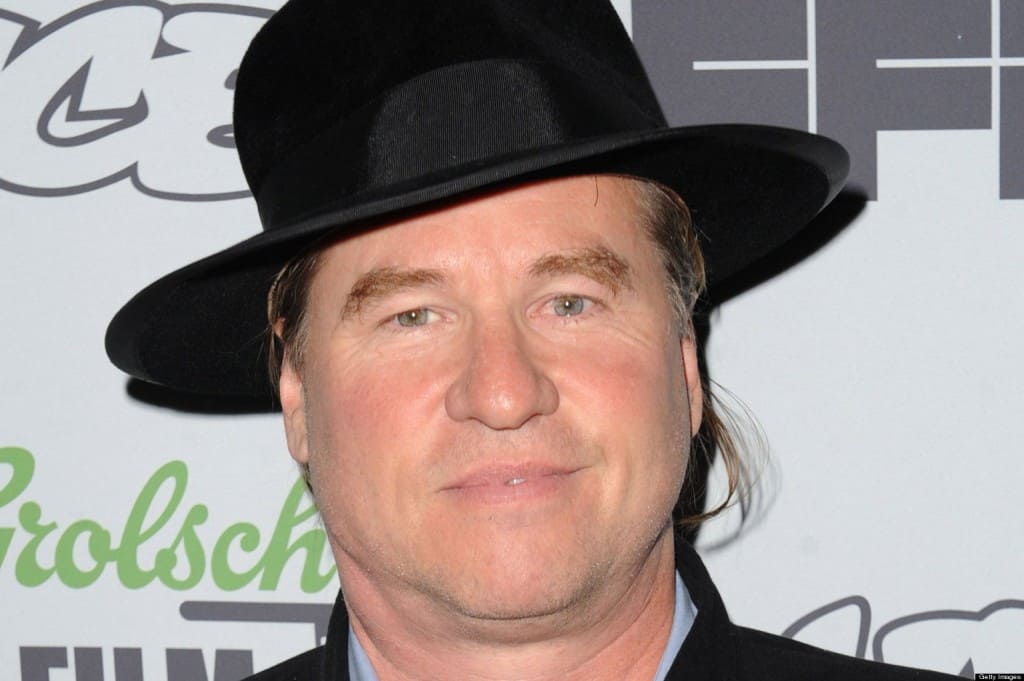 Val Kilmer seems to have trouble in practically every film he has worked on. Quite a few people spoke ill about the actor that also includes director Joel Schumacher. Joel was the director for Batman Forever where Val Kilmer played our dark knight. Apparently director Schumacher found Val Kilmer to be childish and impossible to work with. 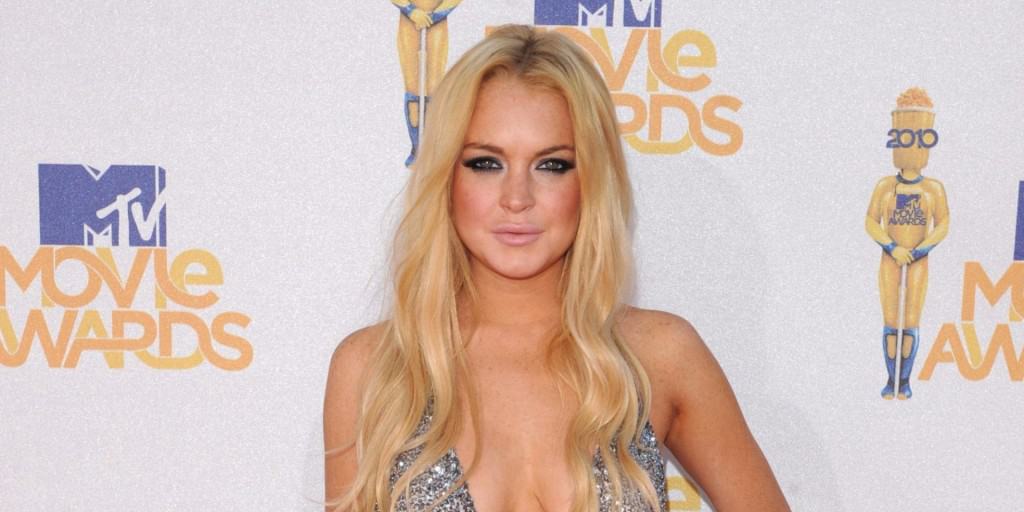 Lindsay Lohan is known for her wild antics lately. From in and out of jail, house arrests and bizarre attire, it’s no stretch to the imagination that she was also a difficult actor. While filming Anger Management, she reportedly stalled and delayed her filming by sitting in her trailer. Then she decided to leave and attend a concert that her boyfriend was playing at. Filming was ultimately delayed because Lindsay didn’t feel like working at the moment. 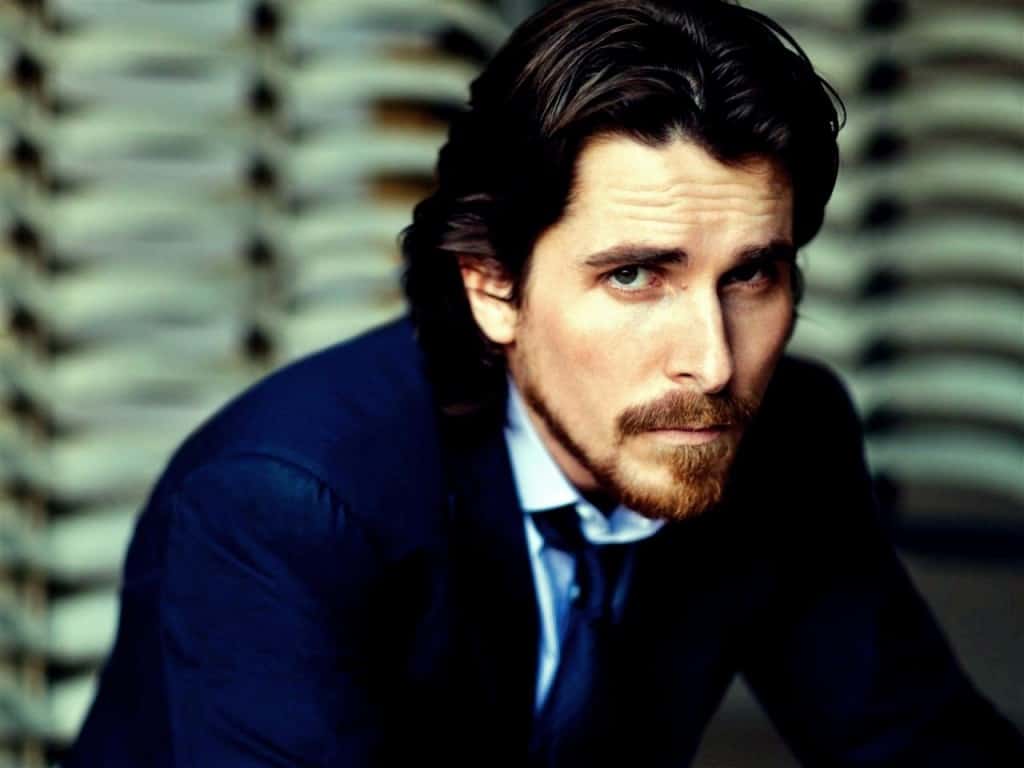 Everyone knows Christian Bale. He was the most recent dark knight in a trilogy of highly successful Batman films. During the filming for Terminator: Salvation, Christian Bale was in the spotlight again. A leaked audio clip was released of Christian Bale’s meltdown with the director of photography, Shane Hurlbut. Shane was accidentally in the shot while filming and it completely tipped Christian over the edge with a meltdown that was covered by every media outlet imaginable. 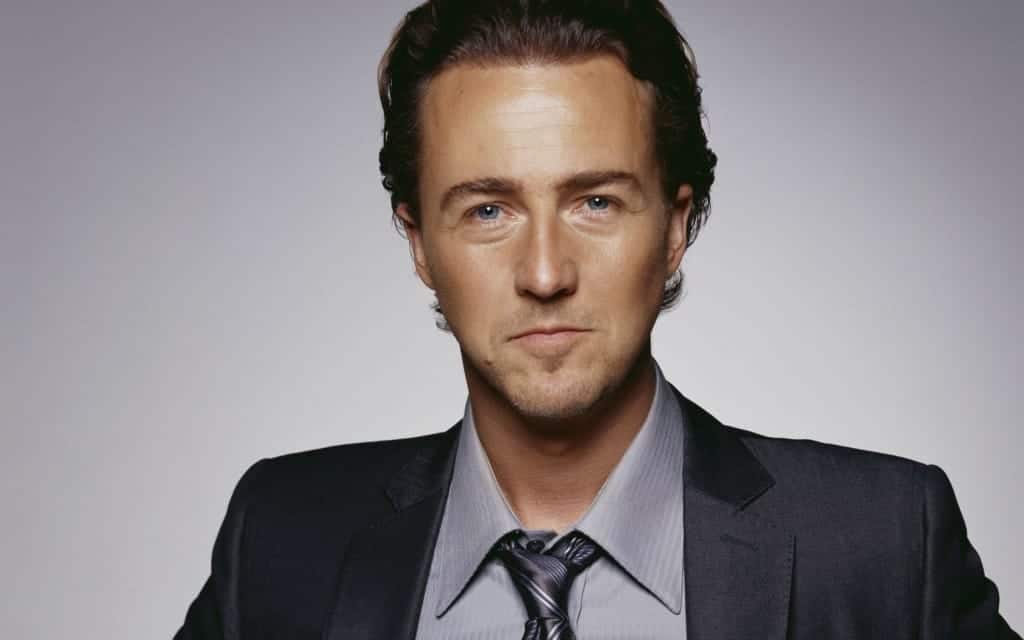 When you’re an actor, people expect you to act and that’s pretty much it. Edward Norton seems to think acting also means controlling the direction of the film. There are reports made that Edward Norton likes to take over the director’s spot and decide what section of the story is shot and what makes it in the final cut. This is certainly annoying for directors who are trying to do their job and the result has probably hurt Edward Norton on landing a few acting roles. 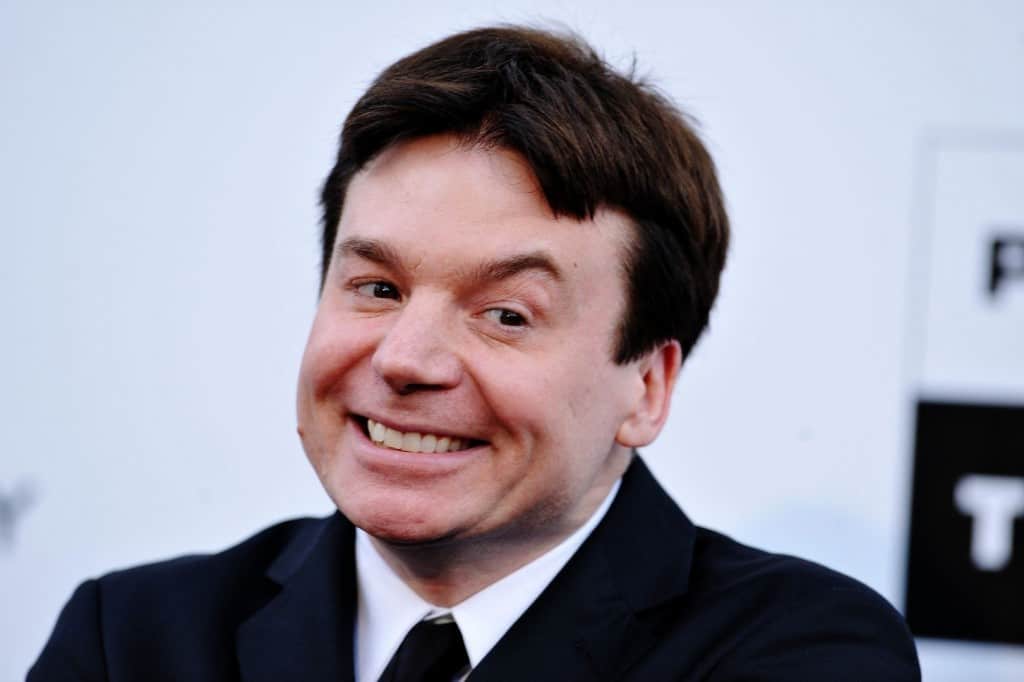 Mike Myers, Austin Powers and Shrek himself made our list. Surprisingly, funnyman Mike Myers is a pain but a genius all at the same time. Cast and crew that has worked with Myers have stated how moody he can be, with one report floating around says that he even fired a member from the crew simply because he looked the actor in the eye. 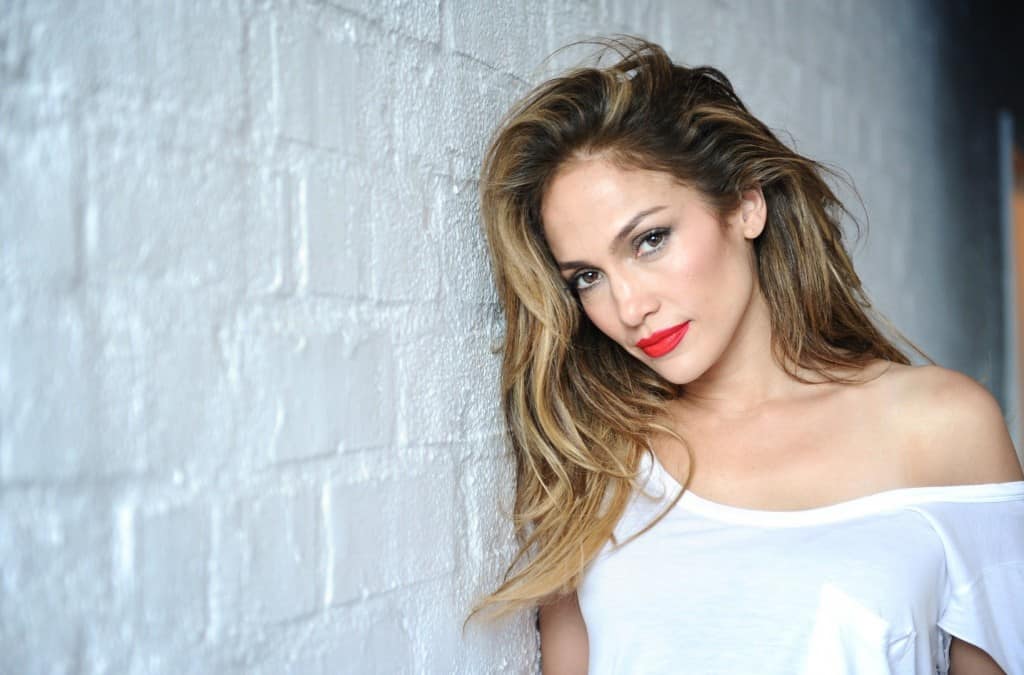 When Jennifer Lopez and Marc Anthony decided to split, Ms. Lopez was not speaking to anyone. The problem was she was also filming What to Expect When You’re Expecting. The actress wouldn’t speak to anyone while on set other than her lines while filming, so that created unneeded tension during the production. 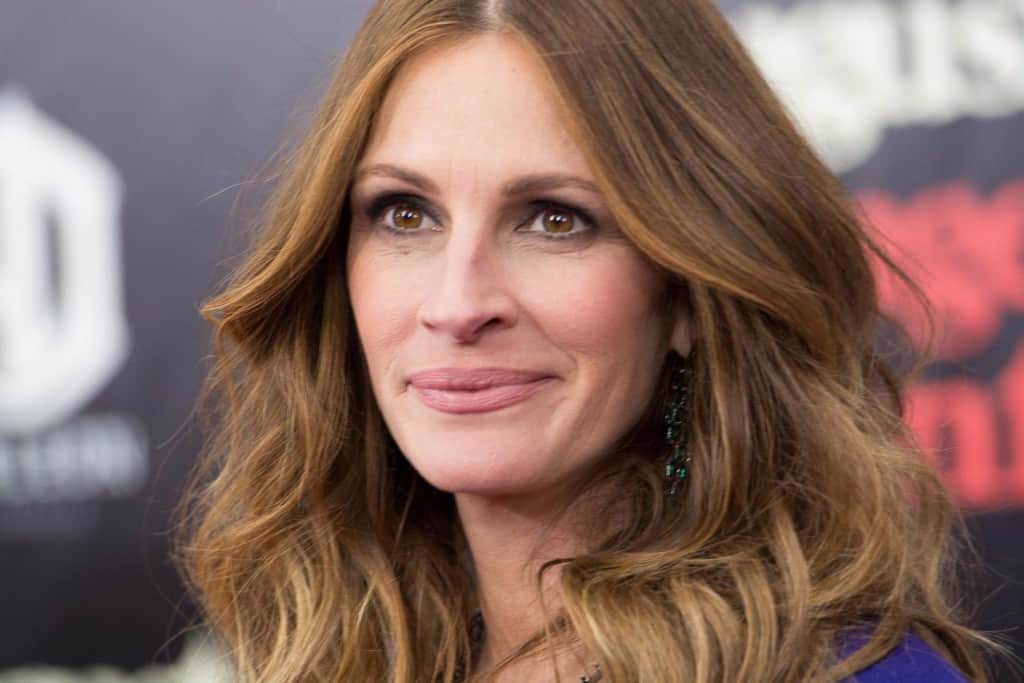 You wouldn’t think Julia Roberts would have been a pain to work with. From movies to interviews, Julia seems like a delight but, during the film production of 1991 Steven Spielberg’s Hook, Julia was a mess. Apparently, Julia Roberts was influenced with drugs and was a complete emotionally wreck when she broke it off with Kiefer Sutherland. This also lead to several to several guest actors making an appearance on set like Mel Gibson and Tom Cruise just to see if the rumors of Julia Roberts downward spiral were true. 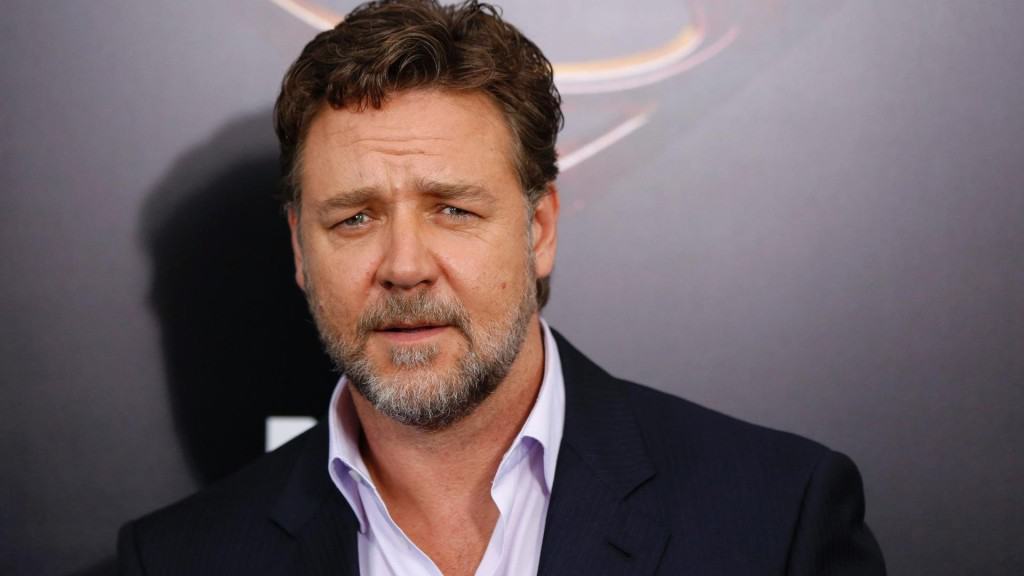 You know it’s bad when even the actor admits to having a somewhat temper. Russell Crowe has that stature of a guy you wouldn’t want to mess with and there have been times he has made his point pretty clear while filming and in his daily life. Apparently at one point, Russell Crowe was upset about his phone not making a connection that he threw it at a hotel employee. Russell will even say that he has the actor attitude, but we think he’s a few degrees above the whole “actor attitude”. 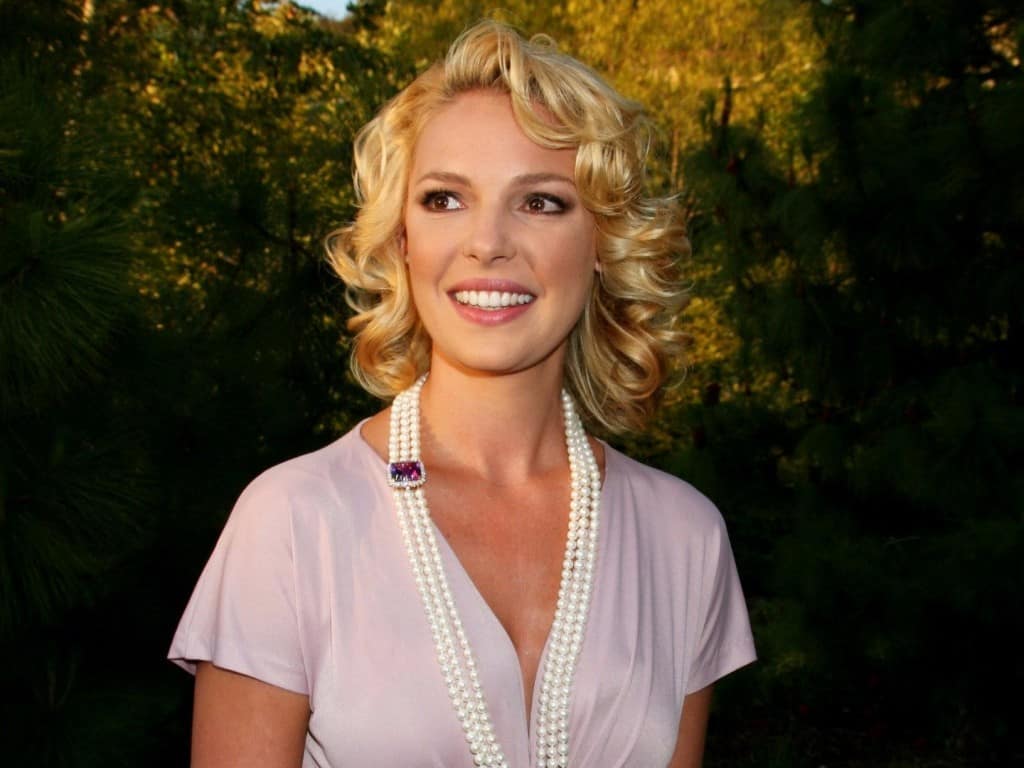 From Knocked Up to Greys Anatomy, Katherine Heigl is a very well-known actress. However, she is also known for her rants against her fellow actors and crew. She went on the record to say Knocked Up was sexist and wouldn’t even accept an Emmy nomination for Grey’s Anatomy because she felt the writing was bad. Yet Katherine will still go through with these film productions which makes us question why all the drama? 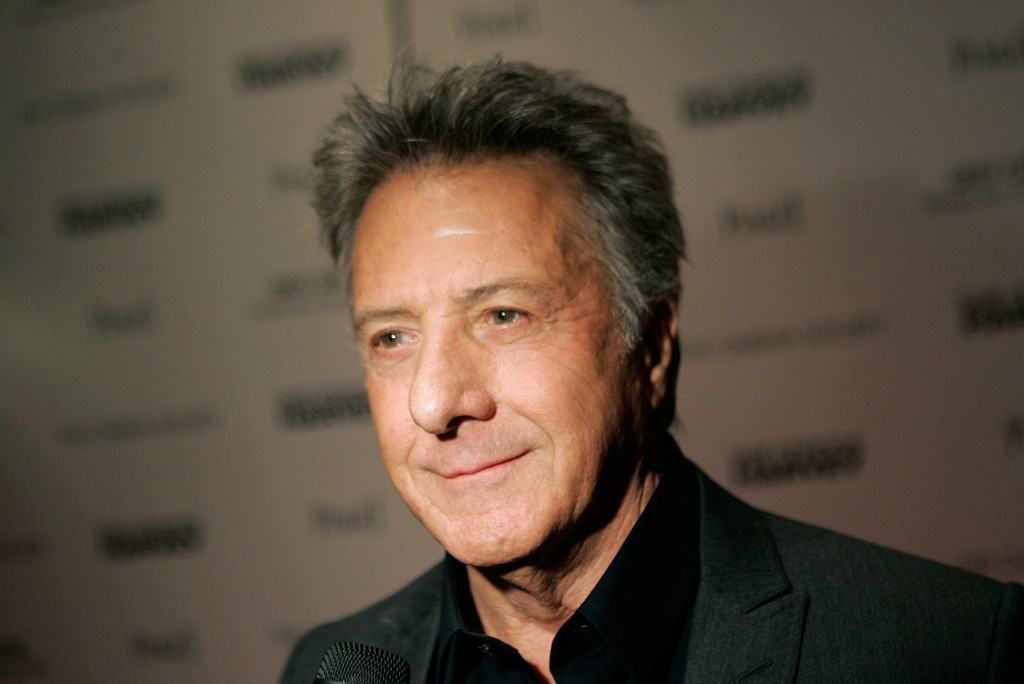 Dustin Hoffman is an actor that holds a very successful career, so you wouldn’t expect him to be on the list. Surely, someone who is so difficult with during filming would suffer some casting roles, right? The problem with Dustin is that he is too committed to his roles and would often play these roles while not filming. This lead to the cast being very annoyed depending on the character Dustin is playing. There have also been reports of Dustin clashing out for creative control of a film production. 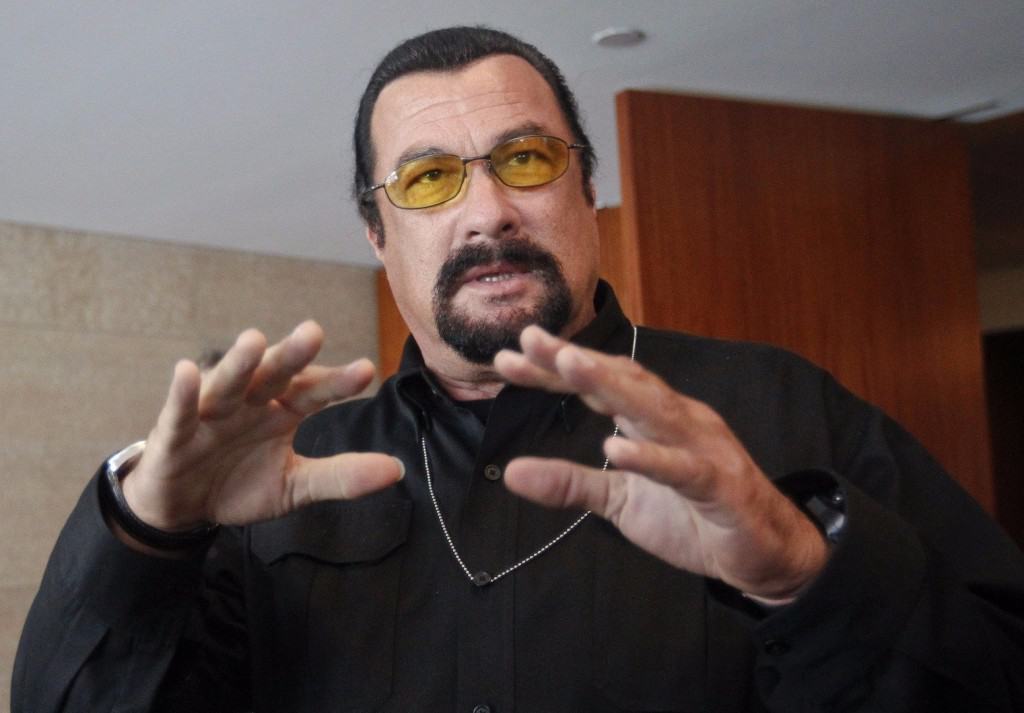 Love him or hate him, Steven Seagal is a pretty big film star. However, while on set, you’d probably hate him. Steven Seagal likes to play boss way too much with even John Leguizamo even meeting a very angry and physical Seagal. John stated that during the rehearsal of Executive Decision, Seagal walked in and demanded that his word was law. Finding his statement funny, John let out a laugh when Seagal immediately elbowed him into a brick wall. 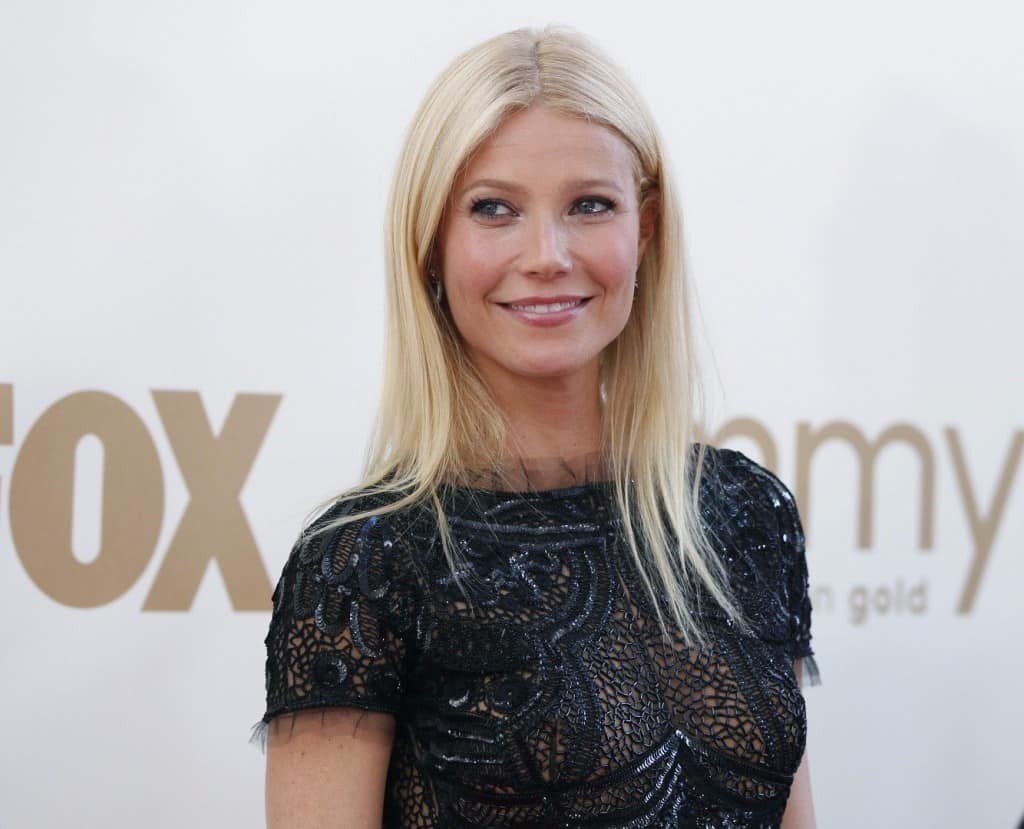 We’re not too sure how true this is, but apparently Gwyneth Paltrow can be moody and make some outlandish demands. For instance, she requires the gym shower to be completely dry before use and she’s not too fond of Scarlett Johansson. While on the film set of Iron Man 2, Paltrow avoided all contact possible with Johansson but it’s unclear exactly why. 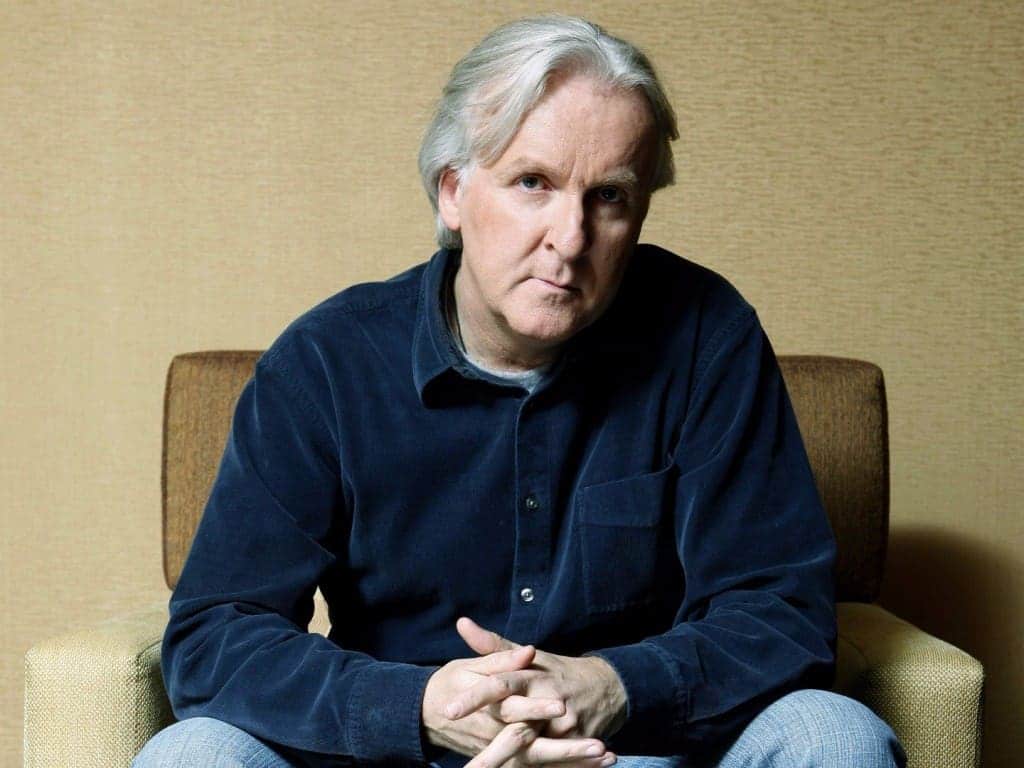 I guess we can excuse James Cameron from this list. One because he’s not an actor, but also he created some of the best blockbuster films ever such as Aliens, Avatar, Terminator, Titanic and that’s just naming a few. Director James Cameron is a bit bossy but when you’re creating such masterpieces, you have to be strict though maybe James takes it a bit far. The director is known for telling people to take a number when he is asked for a moment of their time. We’re willing to guess the waiting line is pretty big. 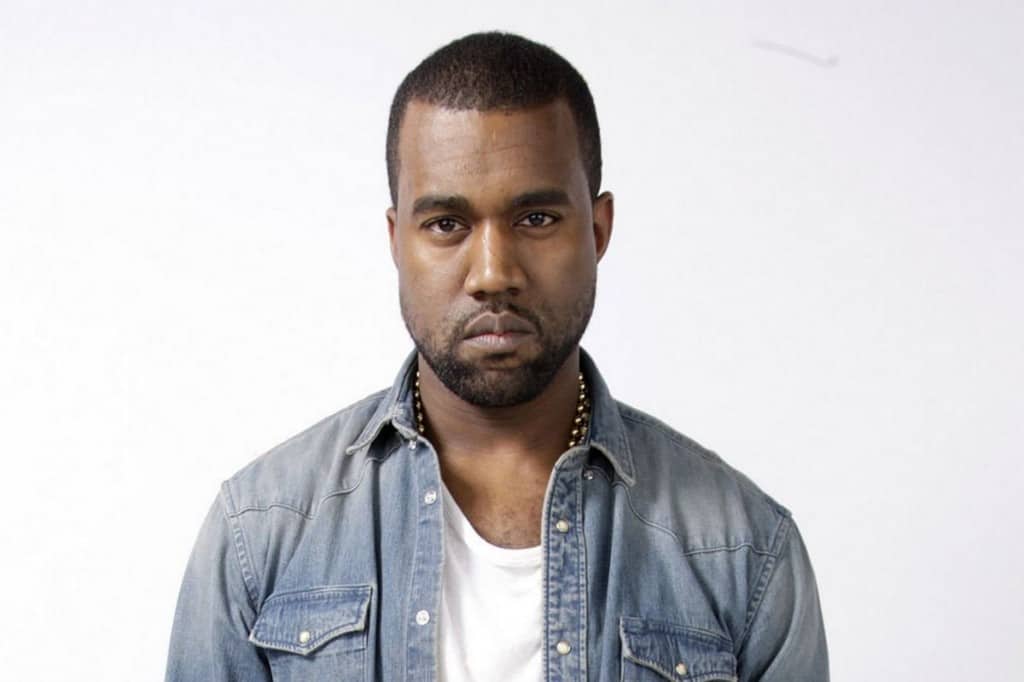 Was this one really all that big of a surprise? Kanye West strives off his attitude and during the set of Anchorman 2, he was becoming intolerable. Will Ferrell spoke of when Kayne West came to the set and showcased his new music but when it came time to film different scenes, Kayne would still be there blasting his new music causing production to slow down. 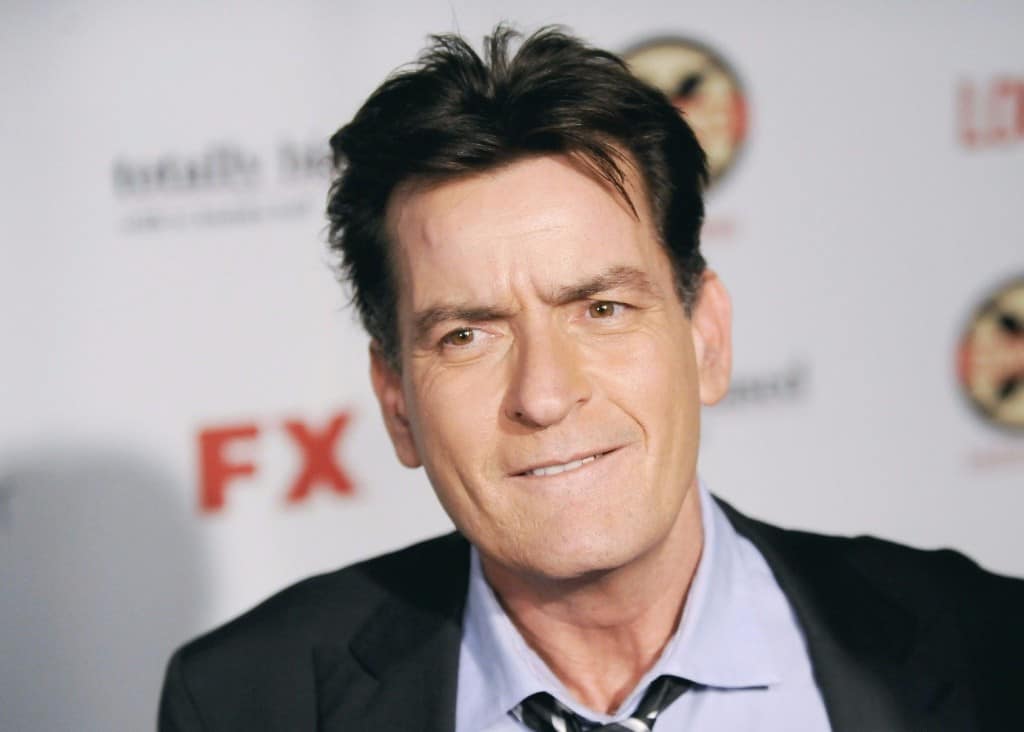 We don’t really even need to go into this one. Charlie Sheen’s meltdown with his departure off of Two a Half Men lead to a wide range of bizarre antics and media attention. This tiger blood fueled actor later starred in a new show called Anger Management, which he fired Selma Blair through a text filled with expletives. It’s best that you don’t get on Charlie’s bad side. 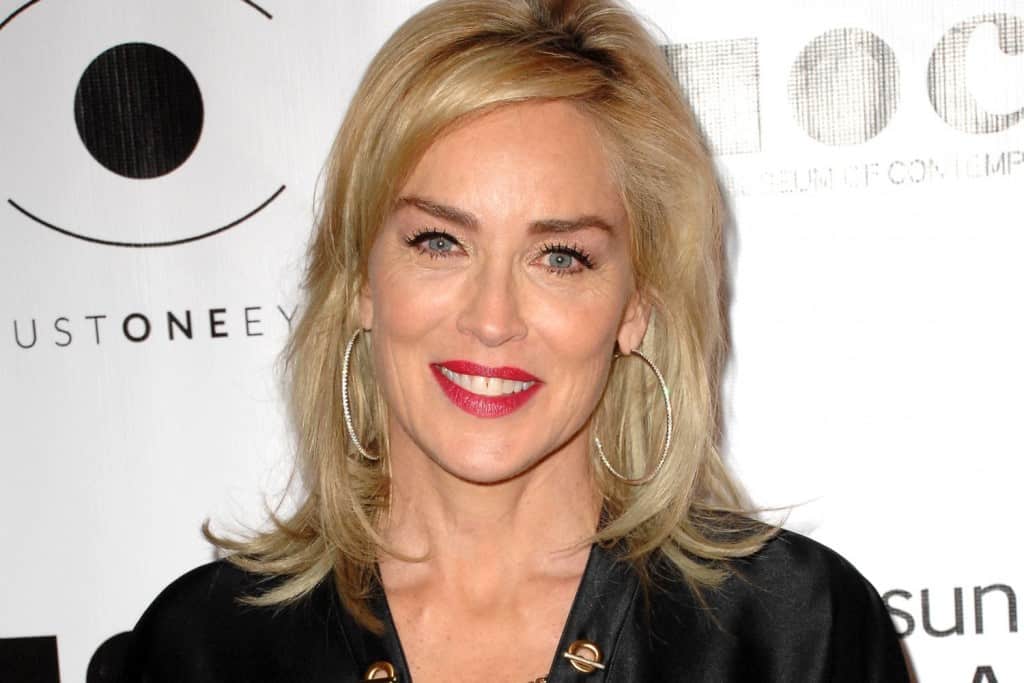 Sharon Stone may not be on the latest generations radar, but she was a pretty big actress and sex symbol. Along with those two features, she was also a pretty big at belittling people. A former assistant said Sharon Stone was the worst person she has ever met. The assistant spoke of how Sharon would constantly yell at her and belittle her all the time. We would suspect that all her fame went to her head, causing this attitude. 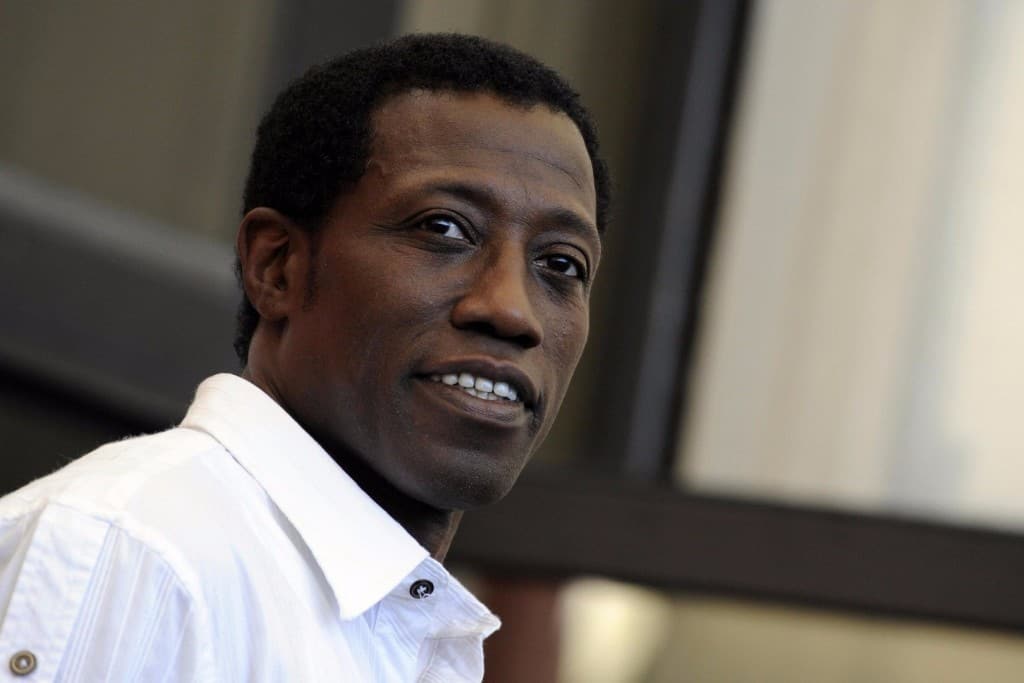 Wesley Snipes is a talented actor, there’s no getting around that. When filming Blade: Trinity, Wesley felt that he was too talented thus he needed more money for his performance. It turns out that he was so upset and against the director and New Line Cinema that he would stay in his trailer all day. When he did communicate with the director, David Goyer, he would only do it through Post-it notes. 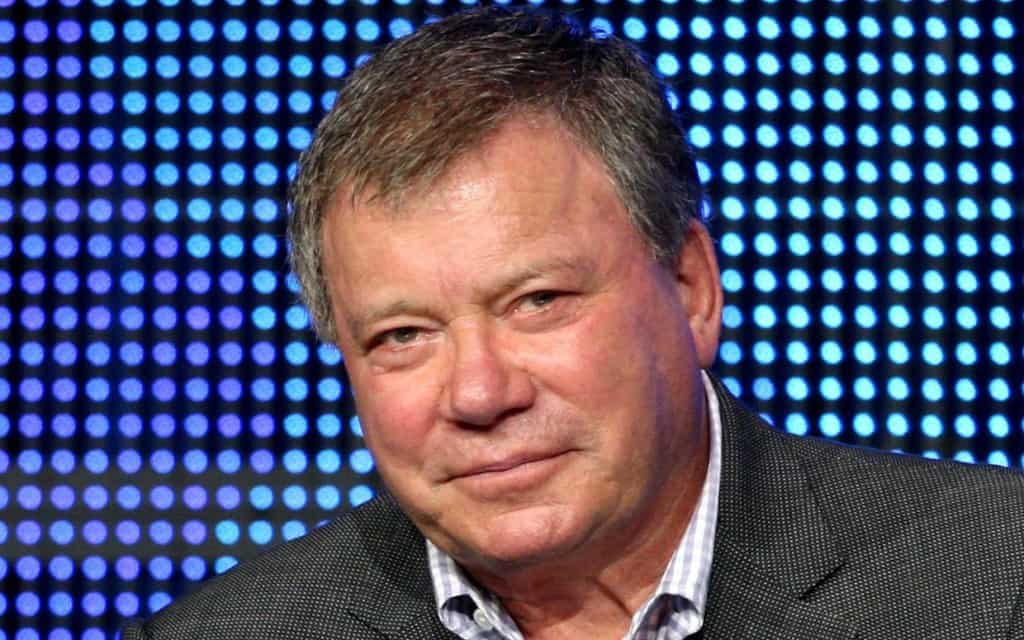 The great William Shatner, almost everyone knows him from his work in Star Trek. For an actor that has gained fans all over the world, he can sure act like a diva whenever he pleases. Reports have been going around that William Shatner likes to walk off the set or simply decide not to act whenever he feels like taking a break – which can be unpredictable.