20 Of The Funniest Strip Club Names

Let’s face it, strip clubs are big business. They’re found in every major city where it’s legal, and sometimes in a big way. It’s more or less the second biggest industry outside hotels/casinos in Las Vegas and we’re pretty sure it’s one of the more profitable business in numerous one horse towns across the U.S. While most have effective names that at least convey some level of professionalism, we found 20 strip clubs that have the funniest names you can imagine. So, without further ado, here are the 20 funniest strip club names of all time.

The important thing is that all beverages are free at “the bungalow”. 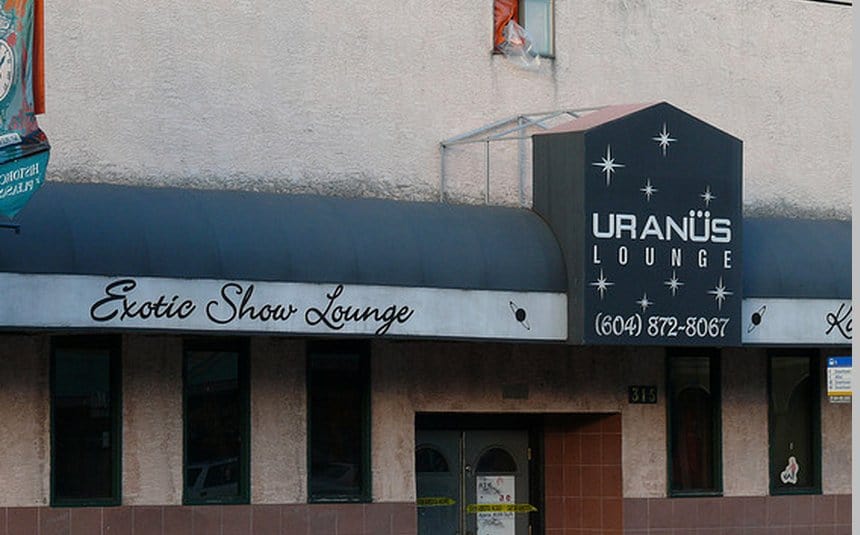 We’re not sure if the name of this strip club is meant to convey the idea that the strippers are “out of this world” or, well, the other thing… 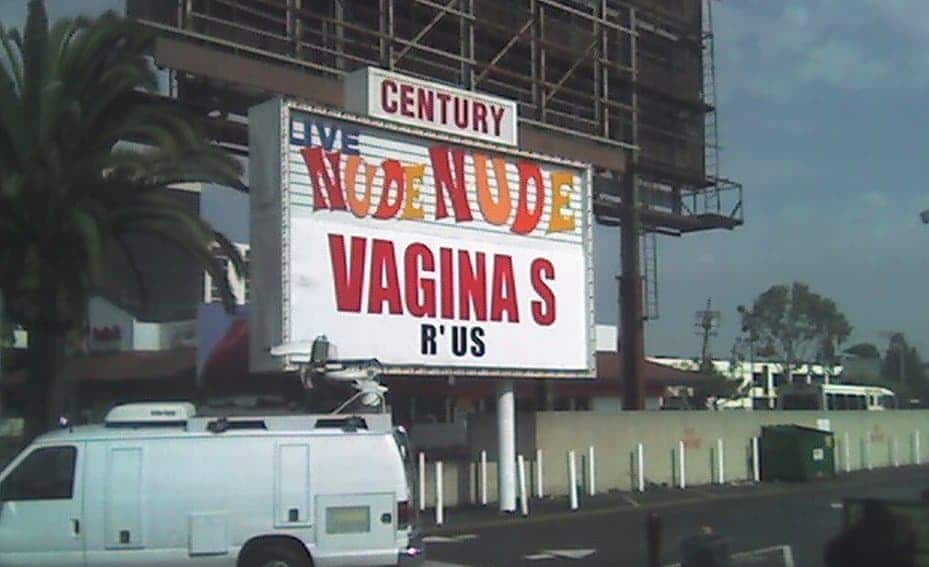 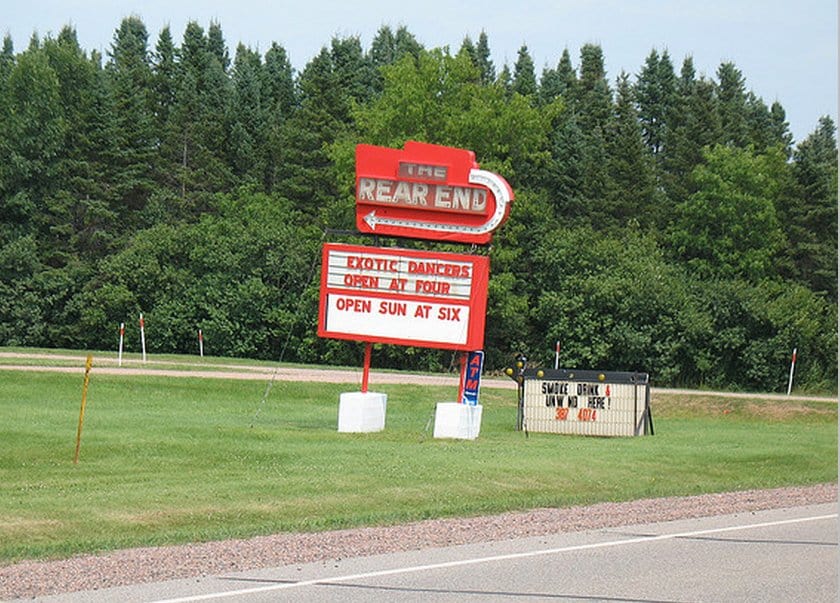 They open at four and have the worst, tackiest sign possible! It’s the “Rear End” strip club! 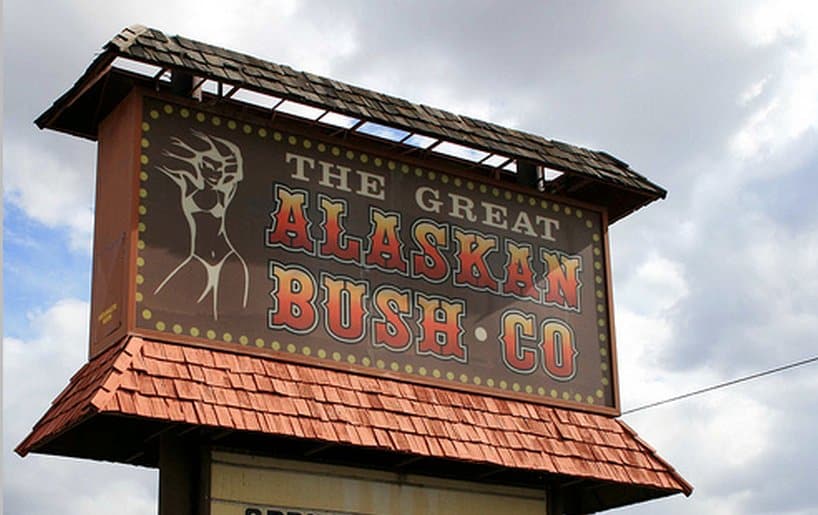 Alaska is full of wide open spaces and, well, foliage. We know of a Great Alaska Fish joint so it can’t be too far from here. 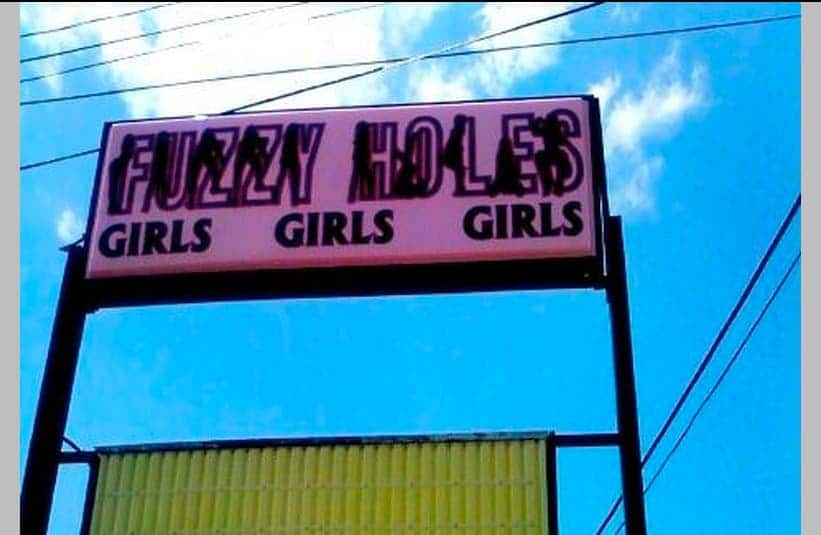 We don’t know about you, but even if we wanted to go to a strip club we’d probably stay far away from any place called “Fuzzy Holes”. 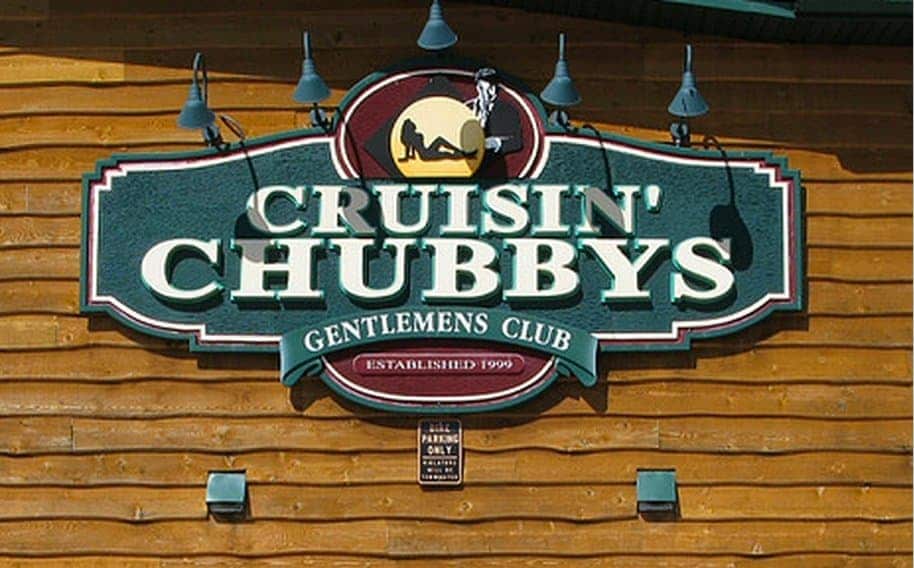 We’re not sure what this means or who came up with the name. What’s interesting is that it seems to be doing a brisk business having been founded way back in 1999. 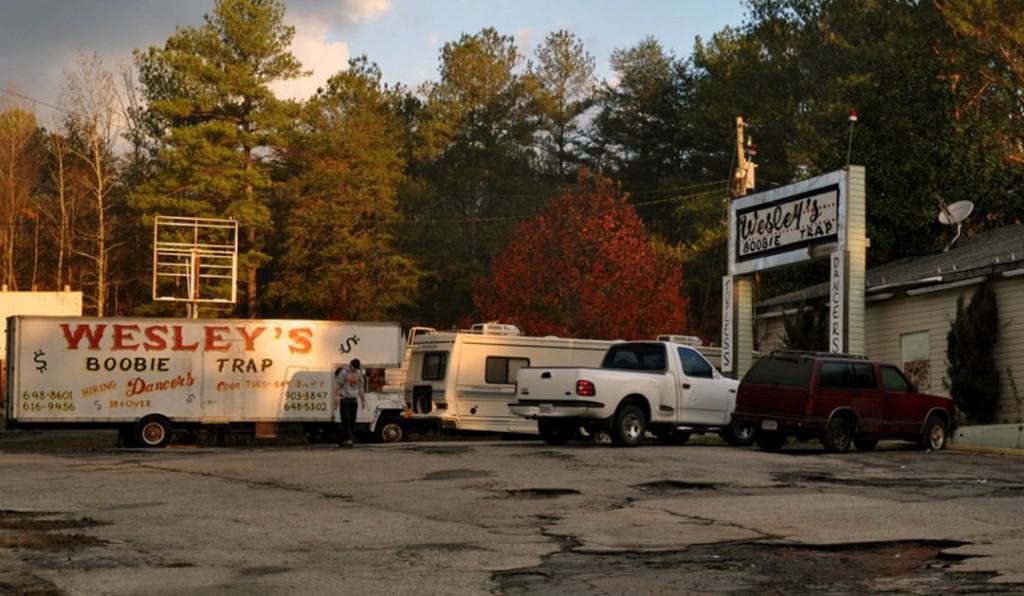 This is easily the most run down, questionable strip club we’ve ever seen. 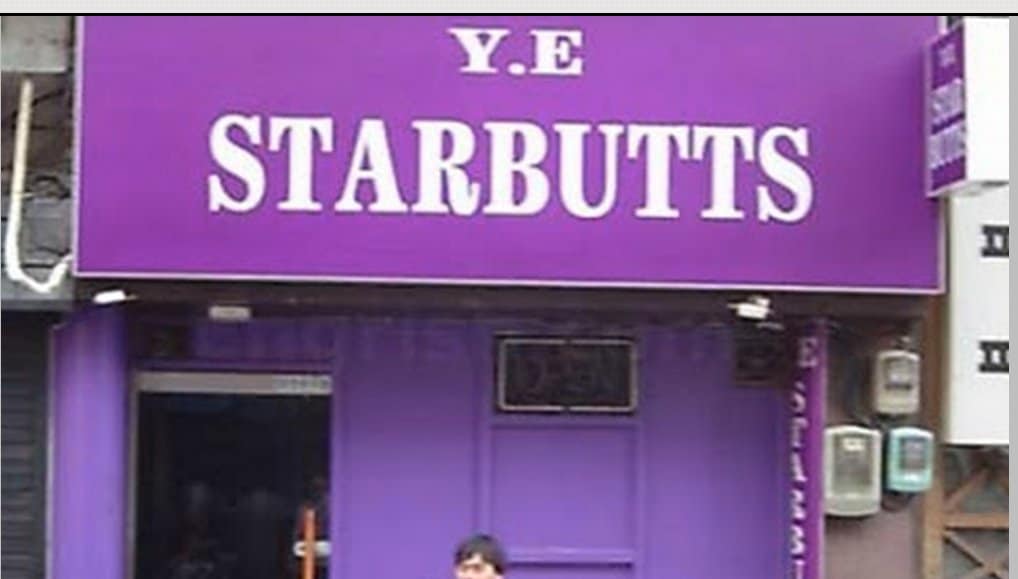 We have two questions, what’s the deal with the “Y.E” and is this strip club “Star Trek” themed? 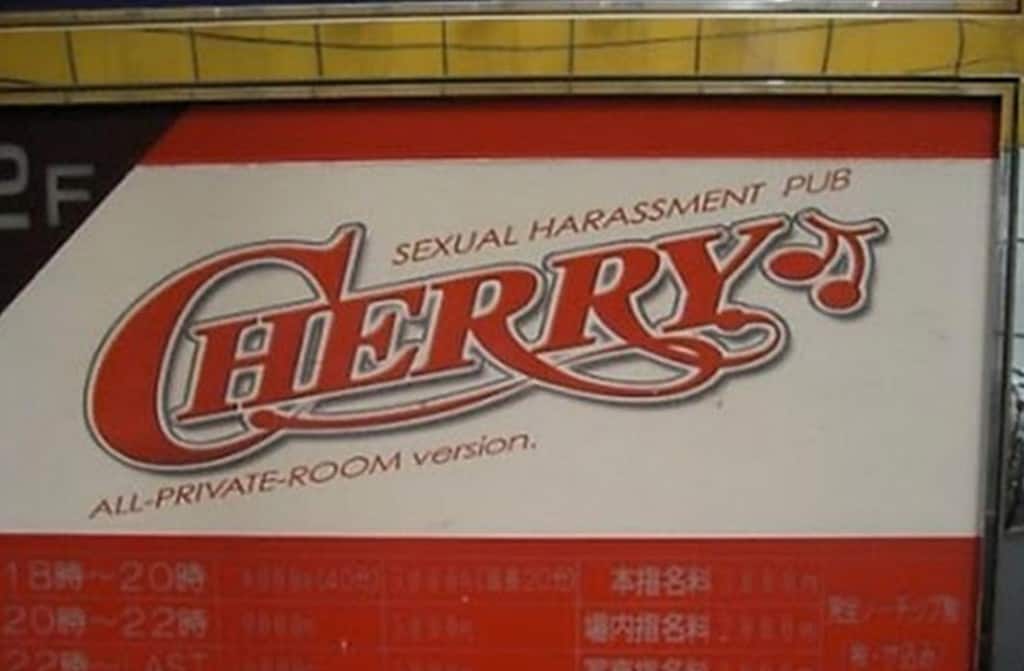 This seems wrong, and probably illegal. 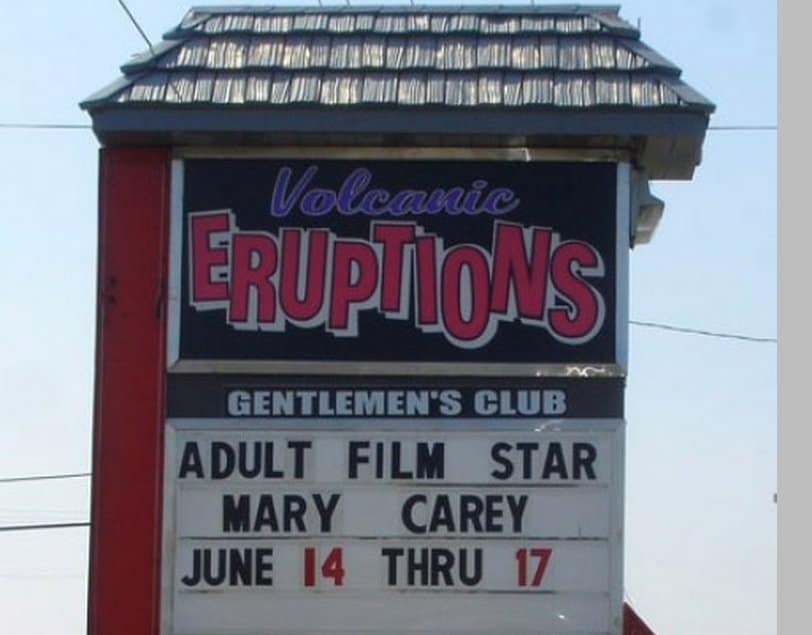 This is as lame as we probably think it is. At least they have celebrity guests! 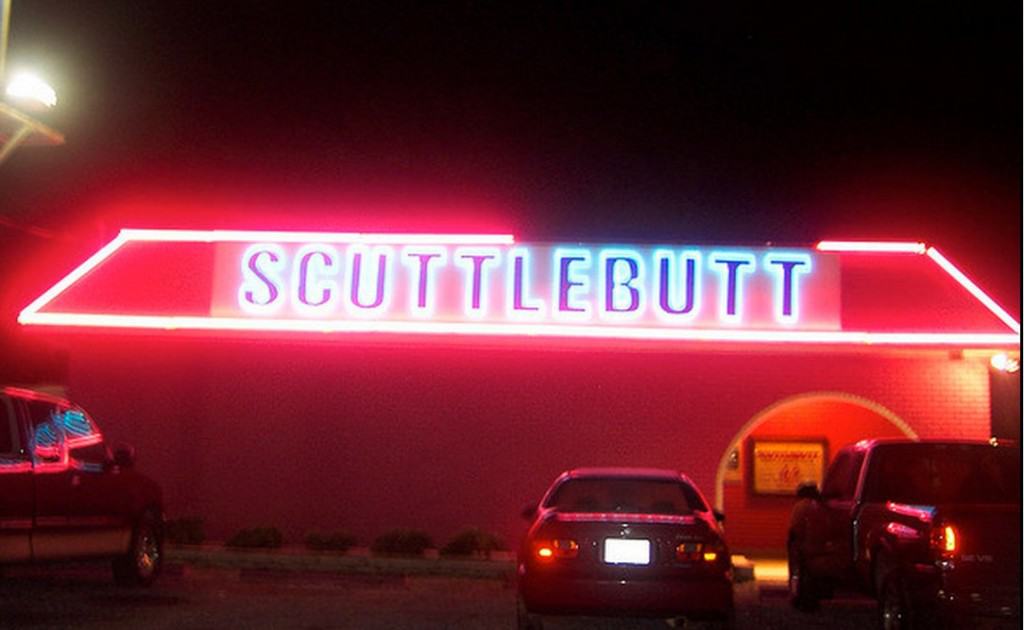 Scuttlebutt basically means some groundwork investigation, so does that mean that if you go here you can investigate some, well, butts? 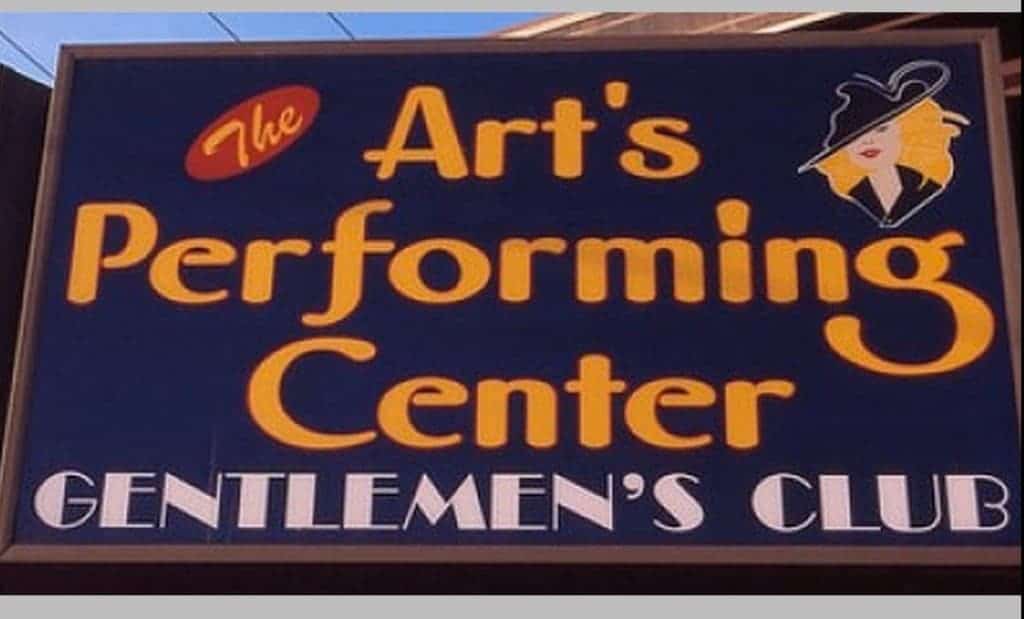 If you walk in here looking for a performance of “The Sound of Music” you’re likely to be disappointed. 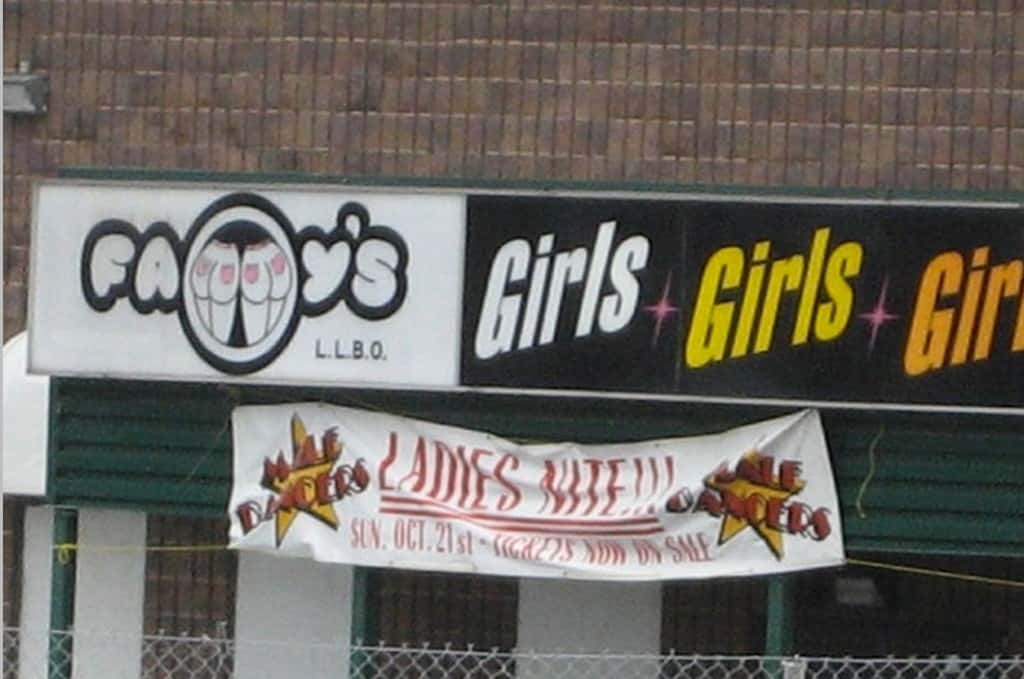 This place doesn’t have a name that inspires us, but at least they have a ladies night on a regular basis! 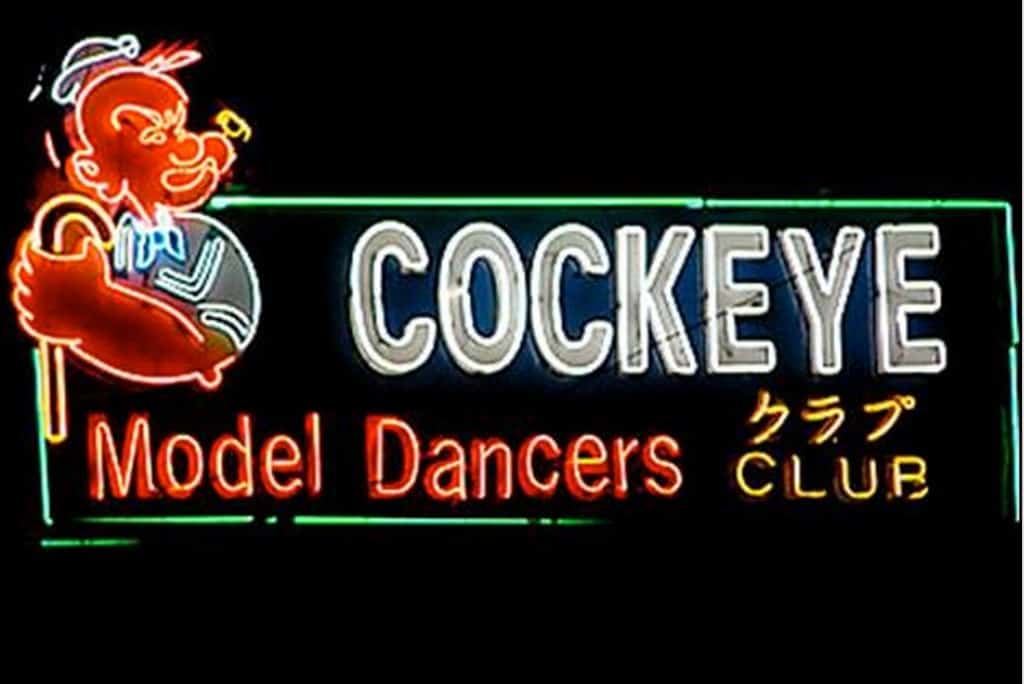 Is that “Popeye the Sailor Man” on that sign? We love old cartoons as much as the next person, but this is just weird all around. 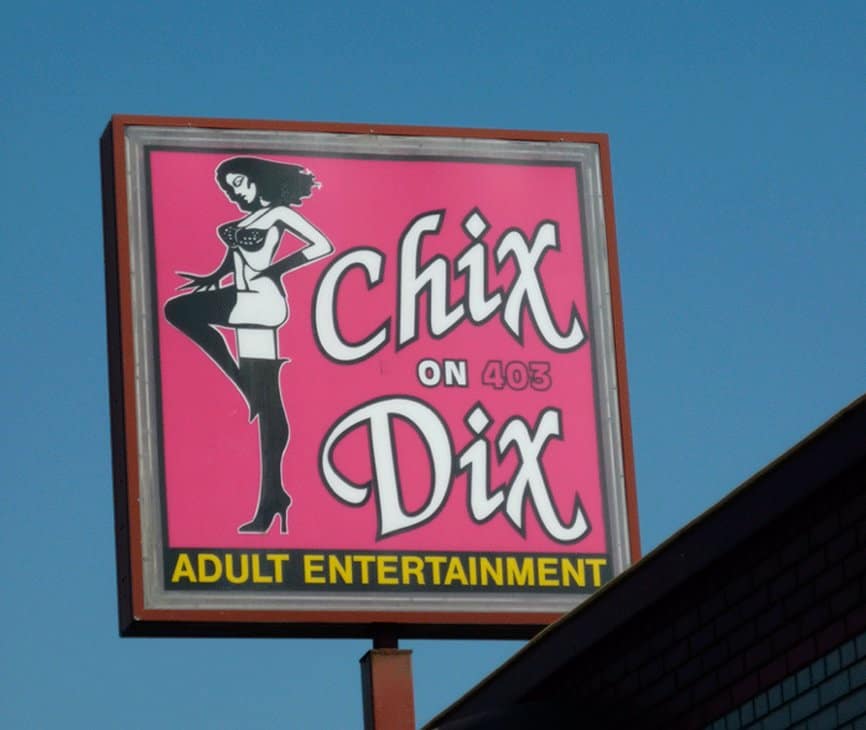 We assume “Dix” means “stripper pole” but we’re not sure… 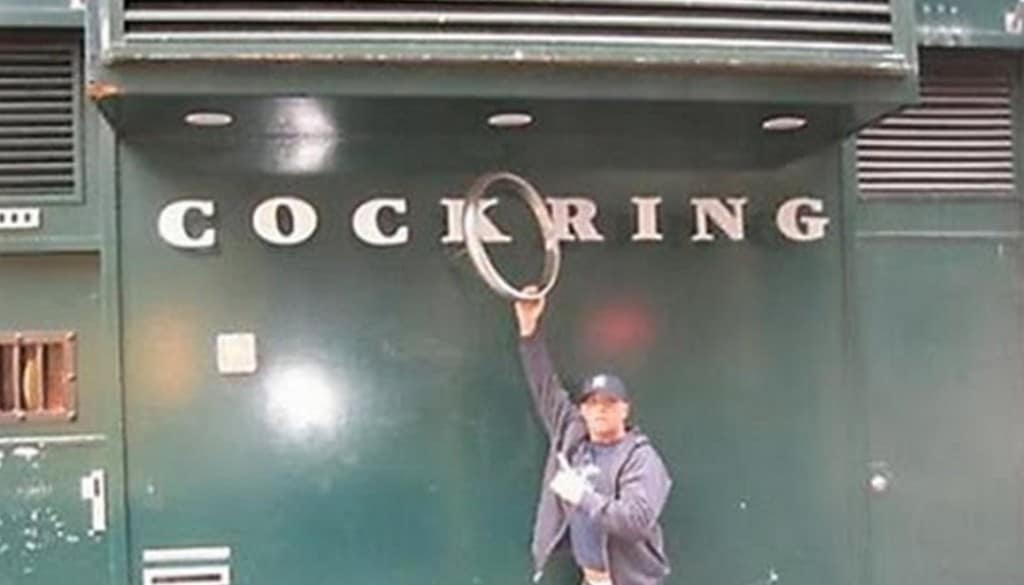 This is just wrong in so many ways. Does the strip club involve some sort of male-based torture? 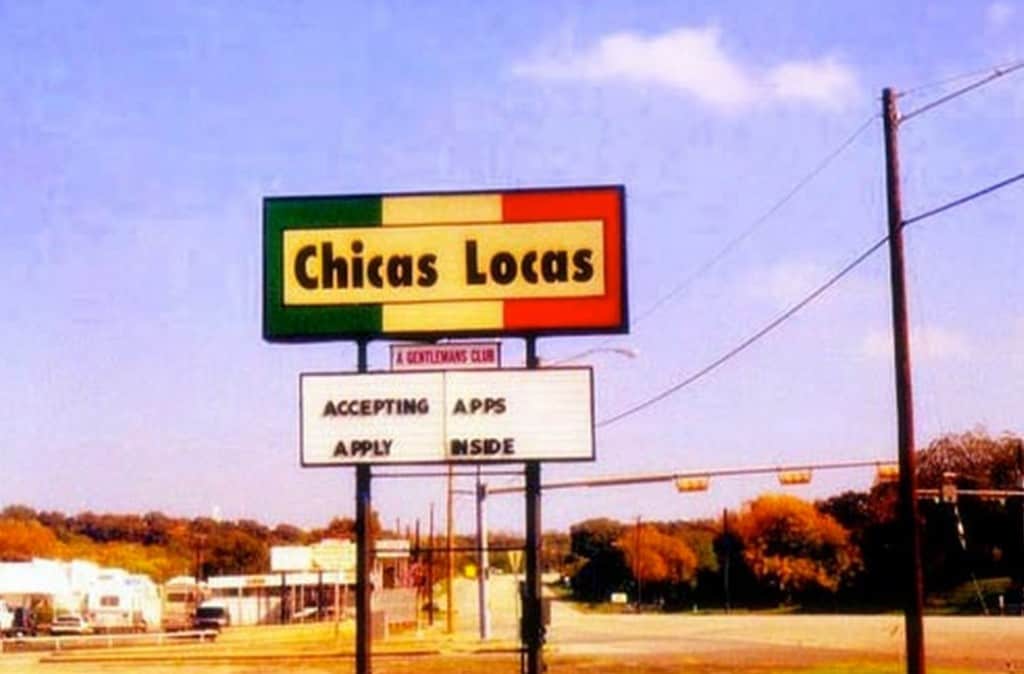 “Chicas Locas” of course translates to “Crazy Girls”. They’re accepting applications so we’re wondering if you have to be a “crazy girl” to apply… 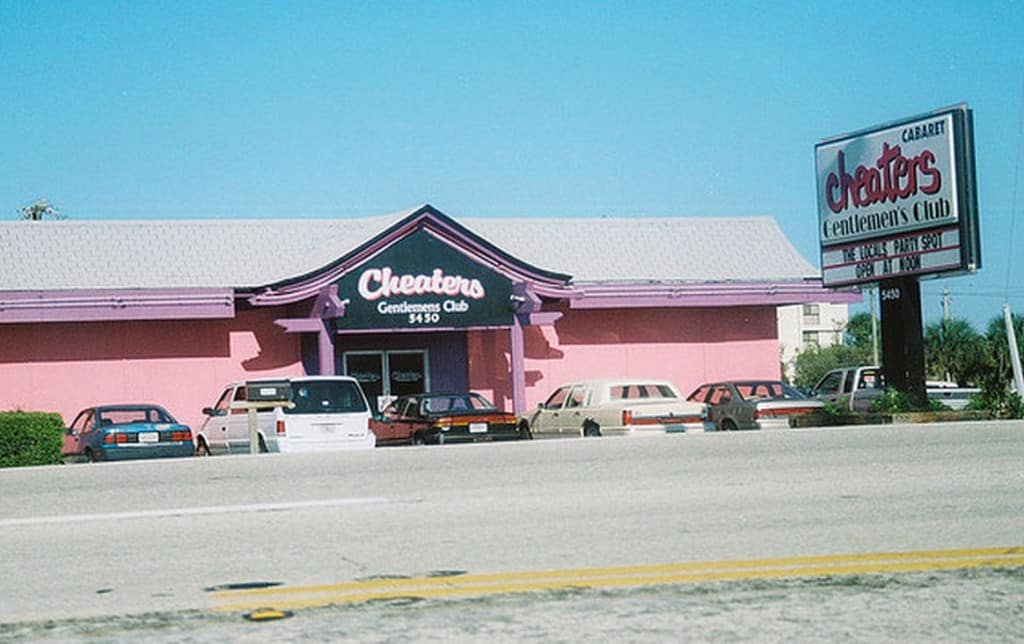 Well, at least they’re honest about what goes on at this fine establishment. 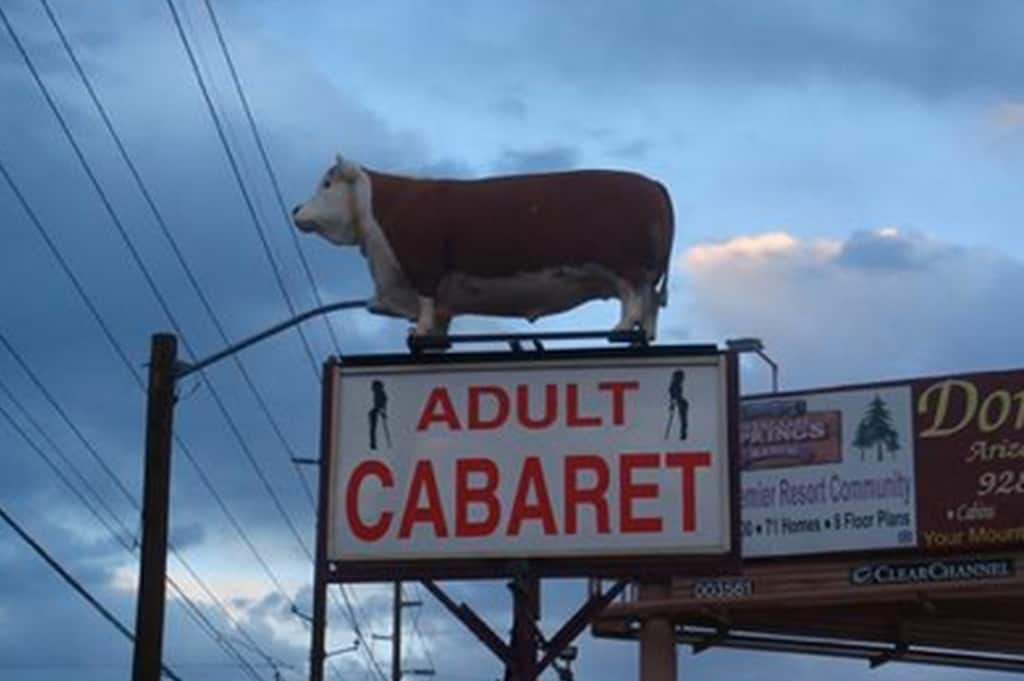 Yep, a simple name like “Adult Cabaret” is our number 1 pick. Why you ask? Because of the cow on the sign, of course! We’re glad we can get some quality steak while we’re hitting the strip club…