20 NBA Millionaires Who Ball Out On The Bench

The NBA is one of the most exciting leagues in the world. You have Lebron, Kobe, D-Wade, Steph Curry, and so many others who make this sport very riveting. In exchange, these players make big bucks on and off the basketball court. Then you have a host of players who shockingly earn millions every single year while laughing at the bench. These players are surely among the most well-payed people in the world for doing pretty much nothing at all. 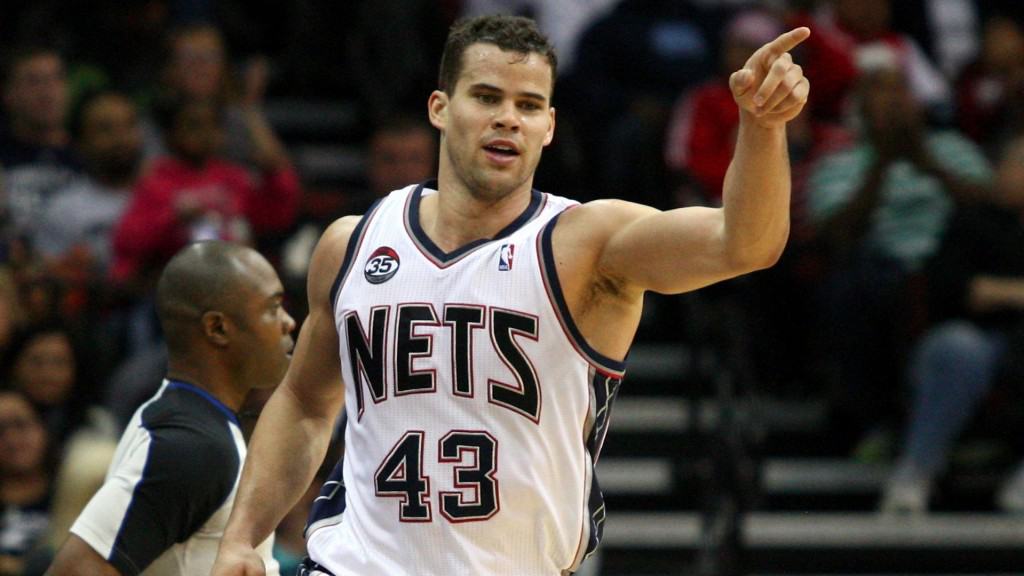 Kris Humphries is more popularly known for being Kim K’s husband than as a basketball player. However, he earned a crazy $12 million per year with the Nets, while only have two good seasons in his 10-year career. 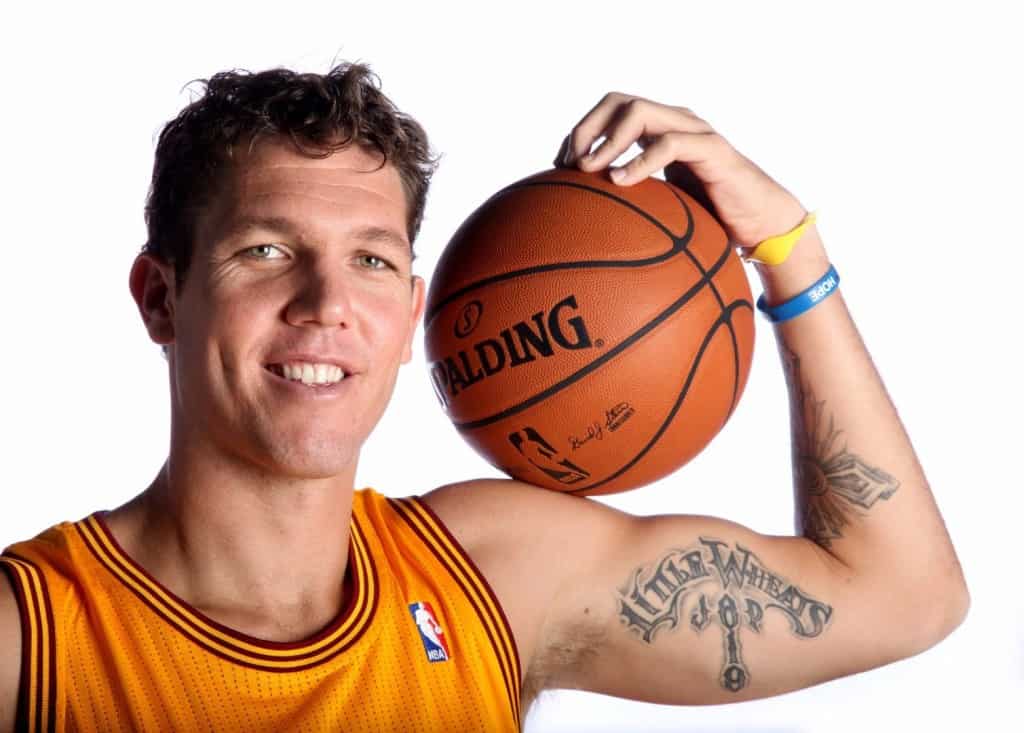 When you’re the son of a former MVP, you’re bound to show some promise. That never came from Luke who earned 6.1 million with the Cavs before becoming an assistant coach to Steve Kerr at Golden State. 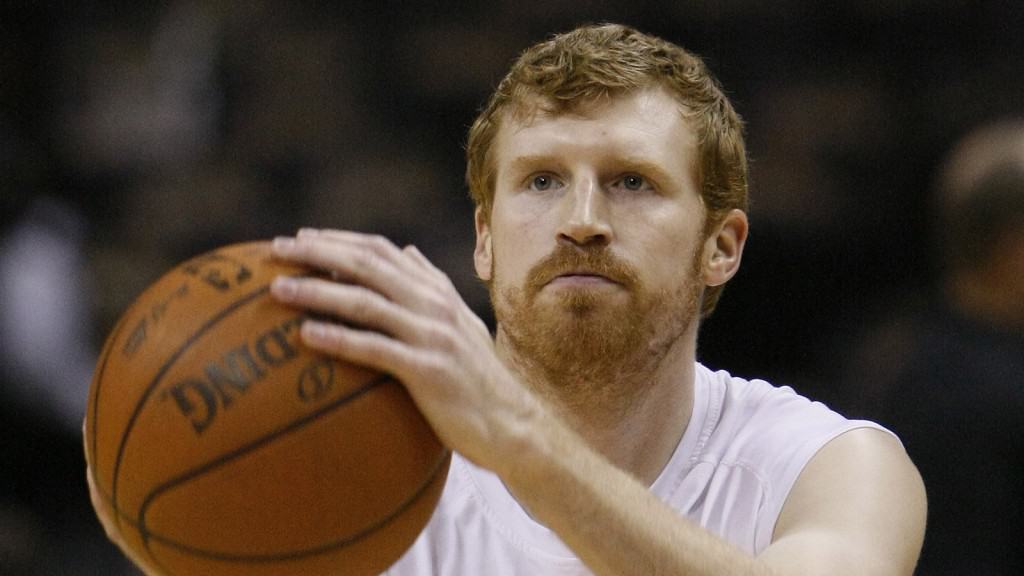 The Red Mamba, Matt Bonner could have even be better than Scalabrine. Well he played more minutes than his counterpart, played fewer games, and earned $27 million in 10 years! 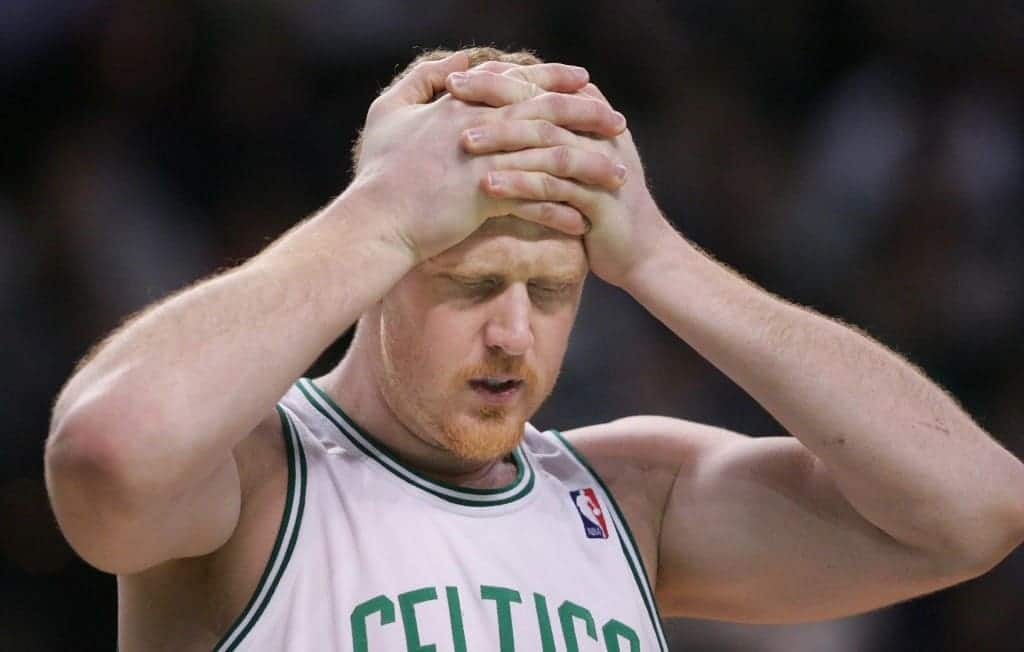 Brian Scalabrine always played good minutes but still fell short. He finished his career with averages of 3.1 points and 2 boards and an NBA championship, while earning $20.1 million in 11 years! 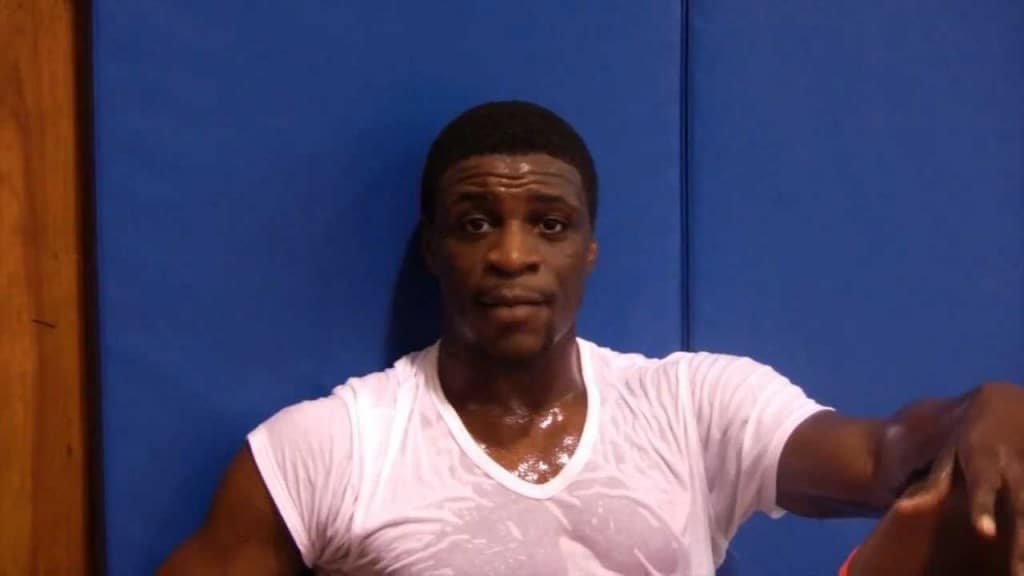 If you had watched his NCAA plays, you wouldn’t be mad to call him the next big thing. However, he turned out to be the next big bust and made nearly $10 million in just 4 seasons. 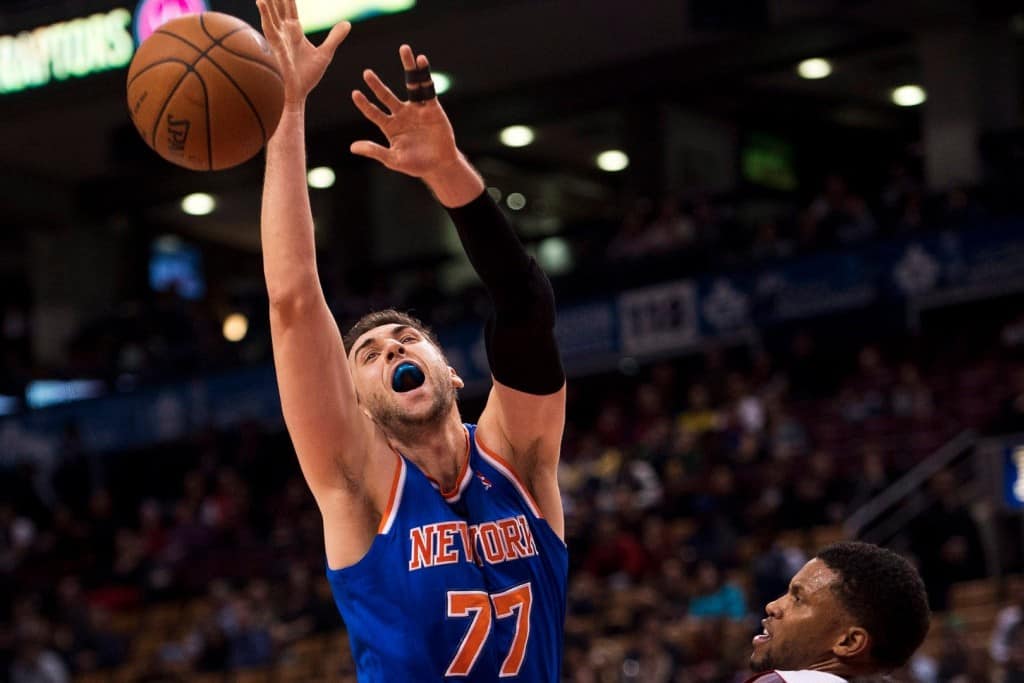 You expect a 7ft tall to get 10 boards consistently. Sadly, that never happened for Bargnani, who only had two great seasons with the Raptors. Then again, he can shoot 3’s, but you still wouldn’t pay 11.5 million per year unless you’re with the Knicks. 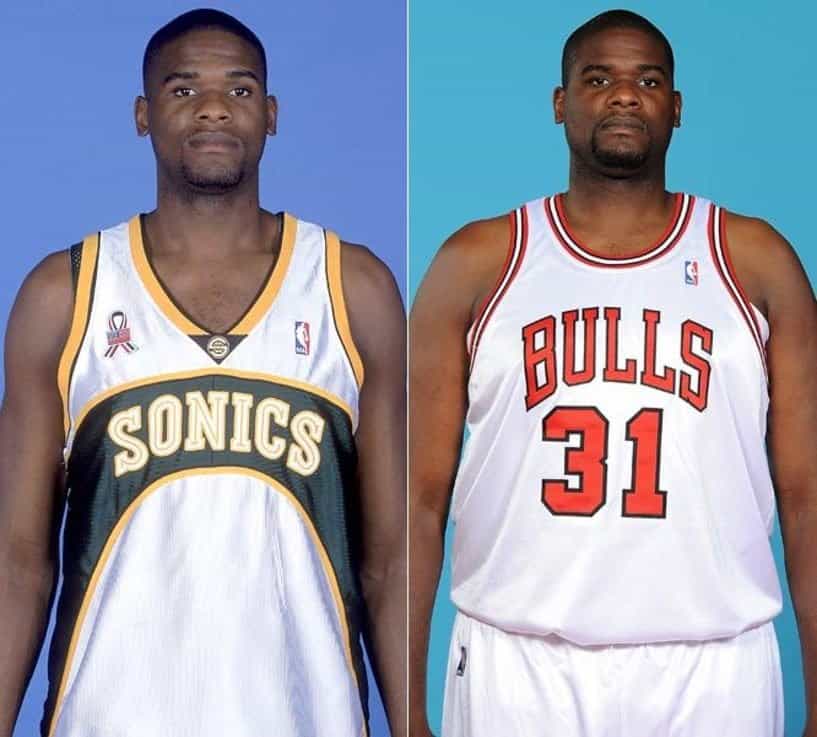 A player with great potential who just couldn’t win the battle against McDonald’s and obesity. He was earning $6.6 million in 2008-09 season and ended his NBA career with 4.3 points, 3.1 boards, and 1.1 blocks. 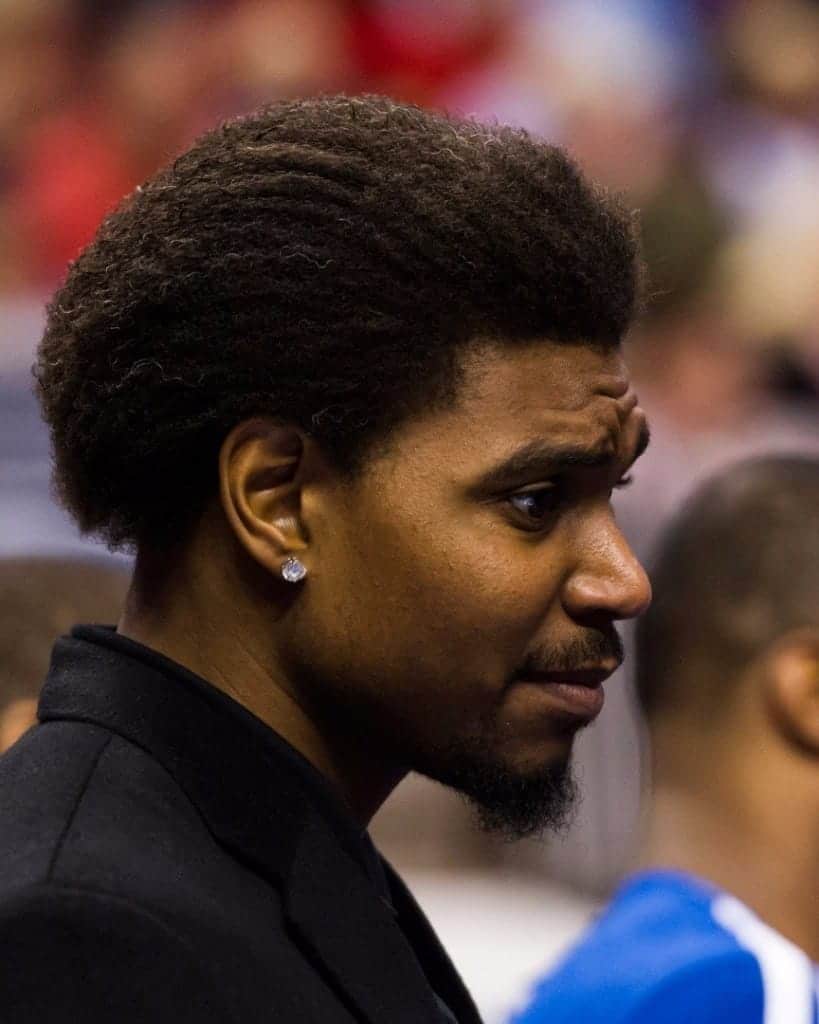 He was a becoming a beast with the Lakers, but got tired of the LA life and moved to the Cavs, with a $12 million yearly salary that is! He hasn’t played anything like the player he could have been. On top of that, his hairstyles have looked pretty rough through the years. 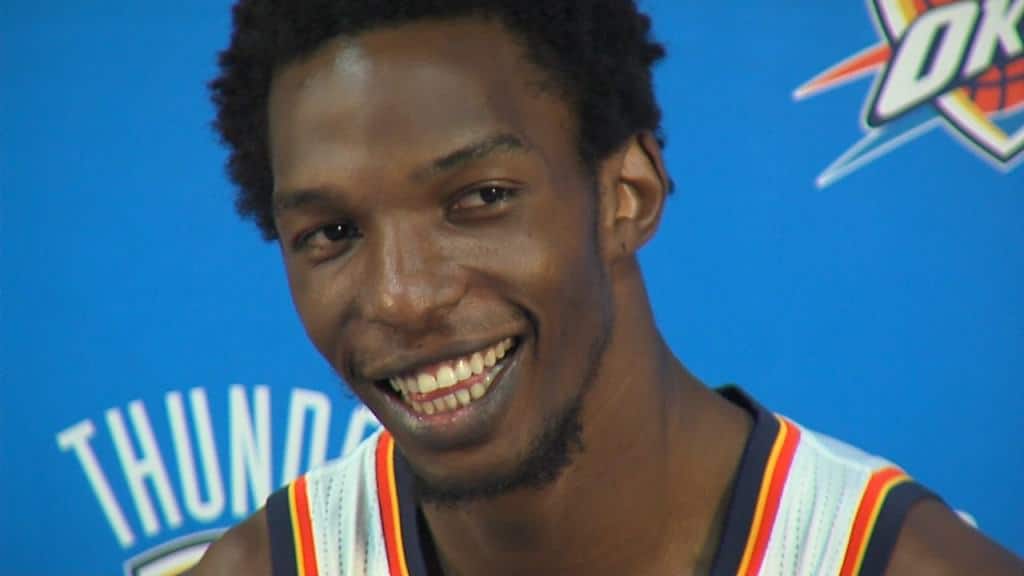 Hasheem Thabeet was the 2nd overall pick at the 2009 draft, who went on to earn $1.2 million per year with the Grizzlies for averaging less than 3 points and rebounds per game. He’s now in the Development League, but still a millionaire. 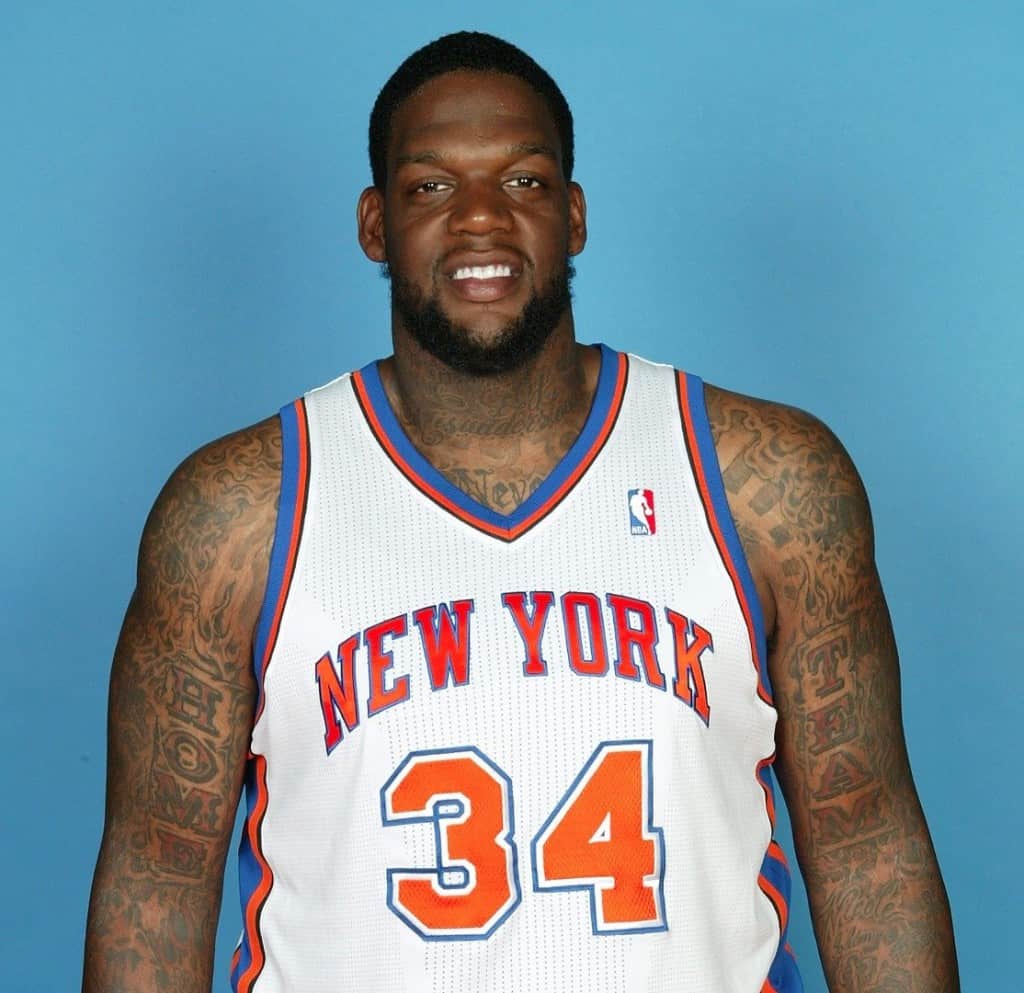 Eddy Curry played in the NBA for 11 seasons, during which he was actually good in his first 5 seasons. It all went downhill for him in New York because getting $10 million a year is certainly going to leave a mark. In his case, some 100 pounds of fat! 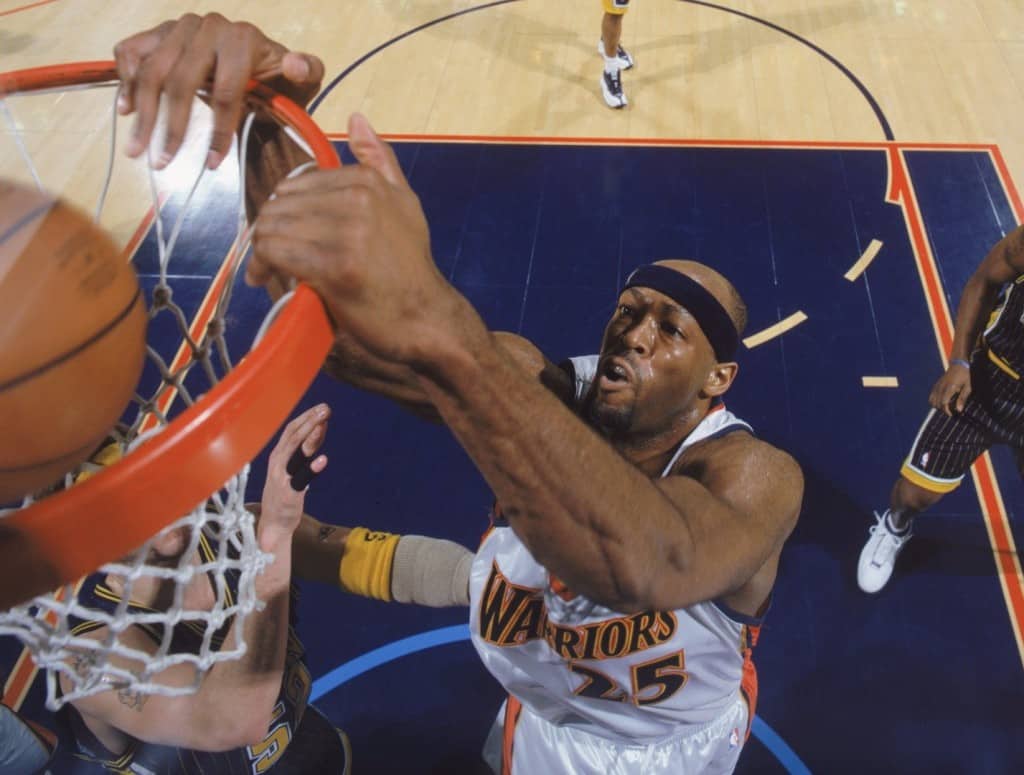 Now retired, Erick Dampier was good with Golden State, but earned some really crazy money for being worthless with Dallas. He called it quits on his career after earning $98 million. 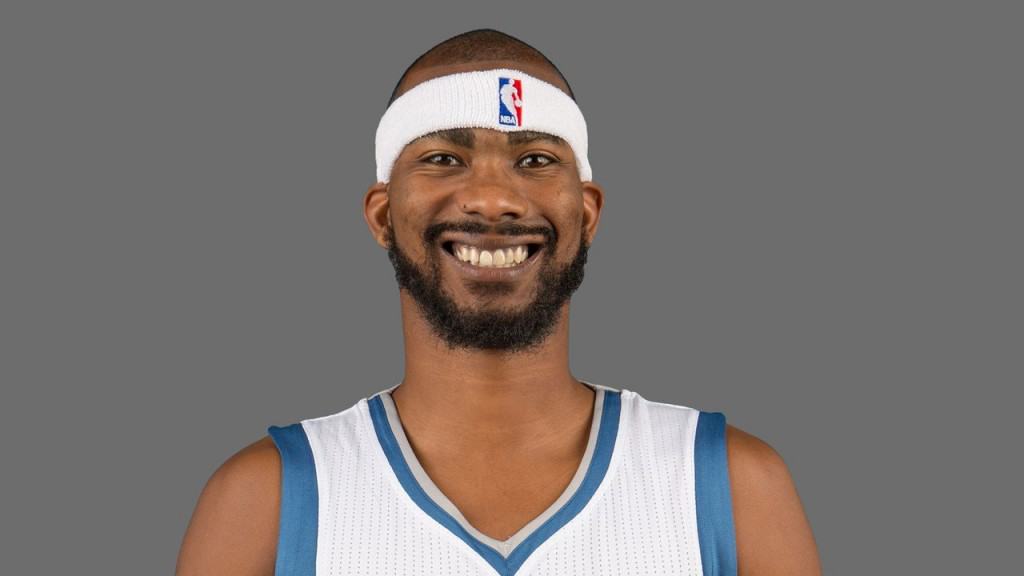 Another average champion with the Mavs, Corey certainly brewed some good deals for himself in the NBA, earning $23 million in this first 7 years in the NBA before moving to Minnesota and now Houston. 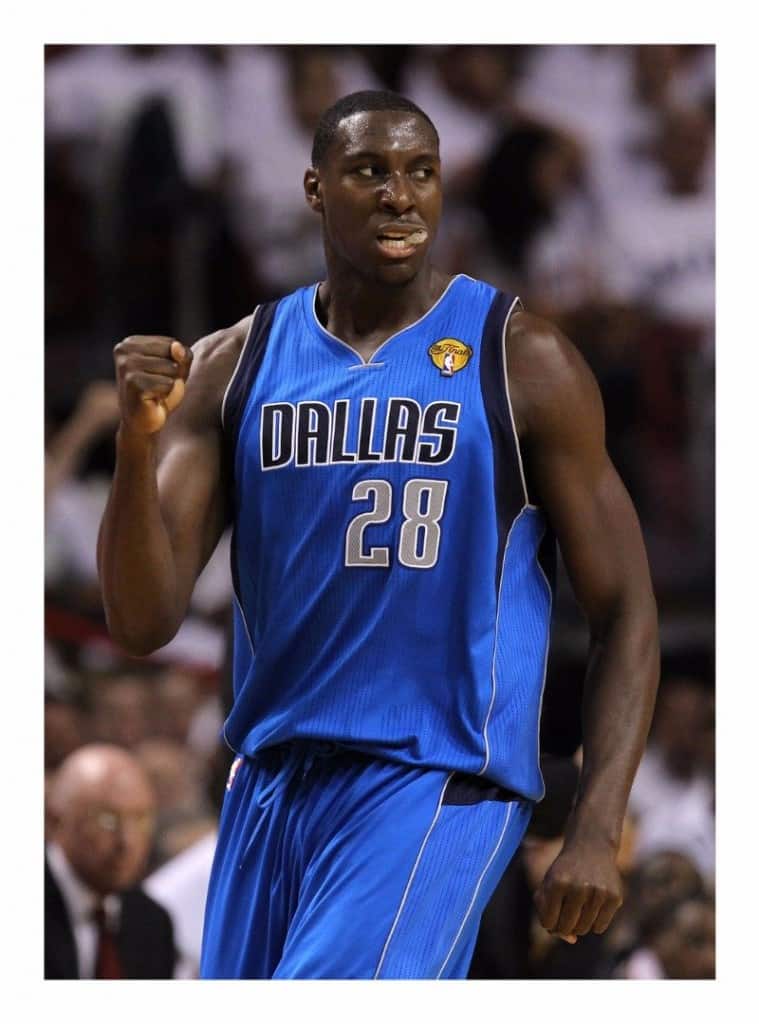 An NBA champion with Dallas, Mahinmi looked like a good buy when he joined Dallas. Mark Cuban must be biting his tongue for splashing 4 million per year on a center who can’t even get 5 rebounds! 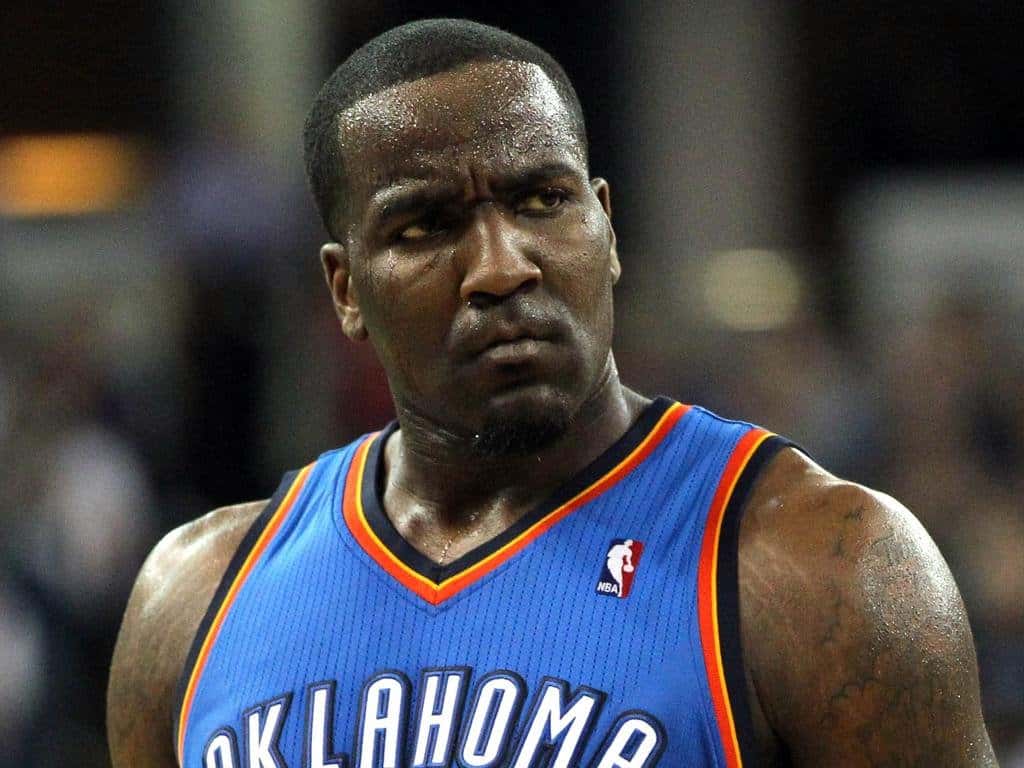 Not a bad player per se, but very average with only one good season at Boston. In his 12 years as an NBA player though, he’s earned an unbelievable $46 million. 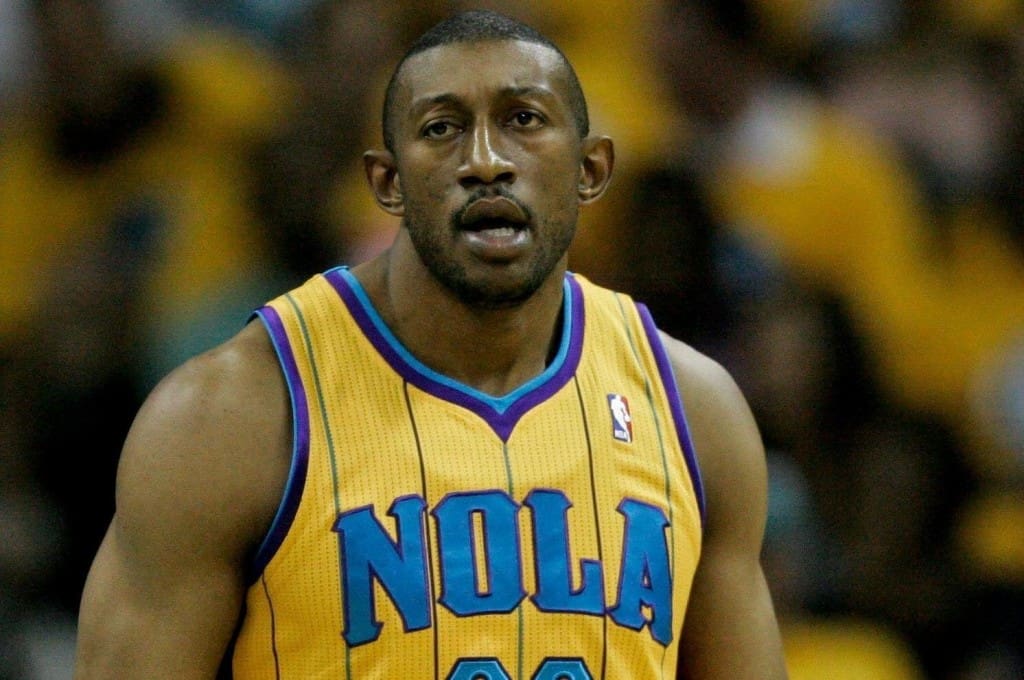 This is another 2 time NBA champion with the Lakers who earned $10.7 million in only 8 years, while averaging a laughable 1.8 points and 1.5 rebounds. 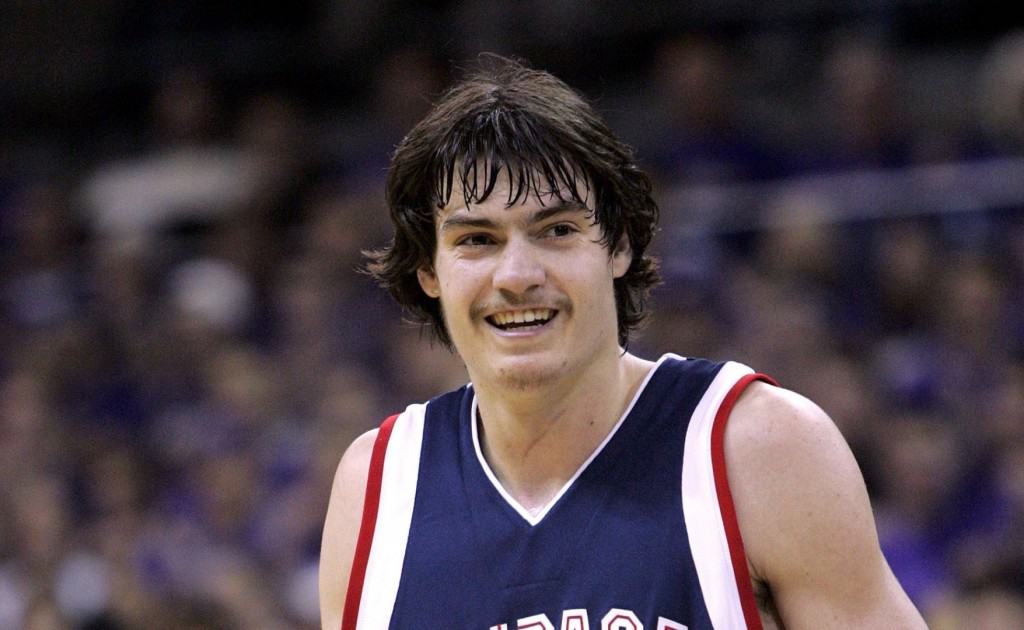 The 2 time NBA champion was picked third overall by the Bobcats who have a history of bad decisions. He did good in his first season, but never really showed promise. Four seasons and $16.9 million later, he quit the NBA to become a journeyman in Europe. 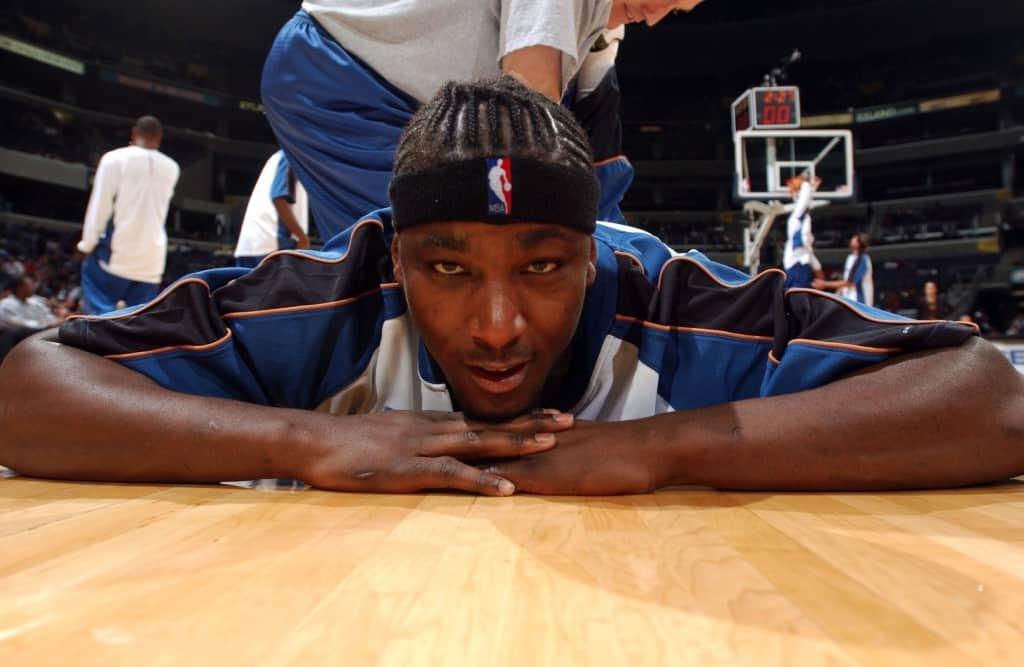 Another great bust was the number 1 pick in the 2001 draft. He announced his retirement after one season with Philadelphia, who went crazy in celebration to waive off his $2.8 million a year contract. 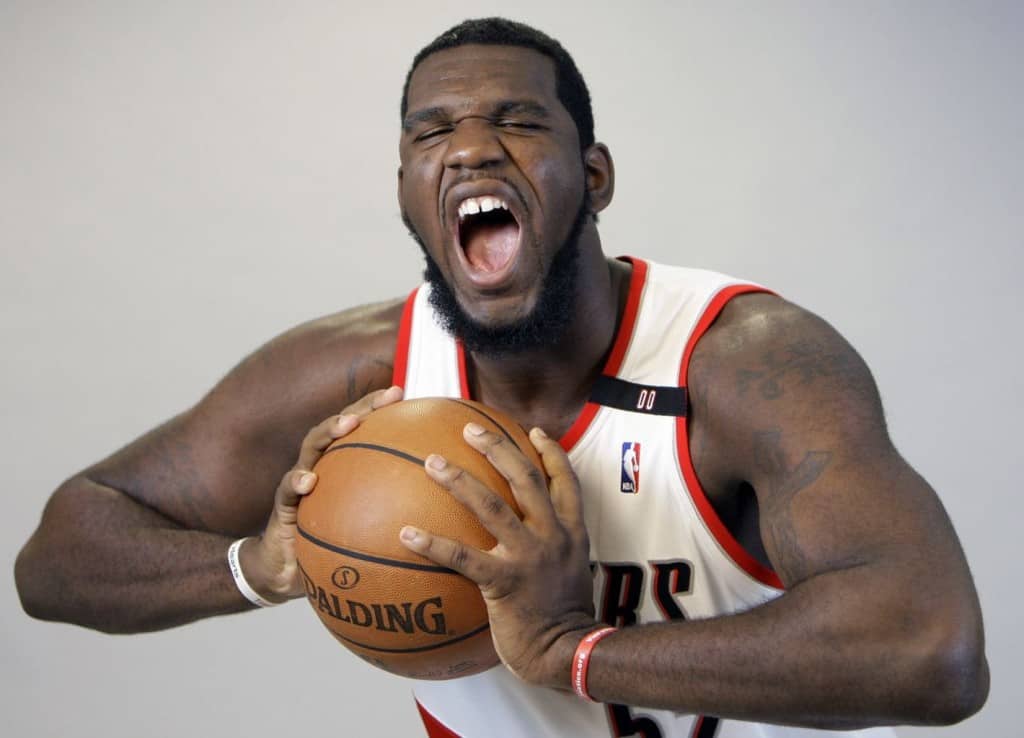 He could have, and should have been a great player, but injuries and naked selfies took a toll on him. He’s returned to Miami again after taking a year off and earned $1 million last time he was with the Heat for playing 23 games and averaging less than 3 points and boards per game. 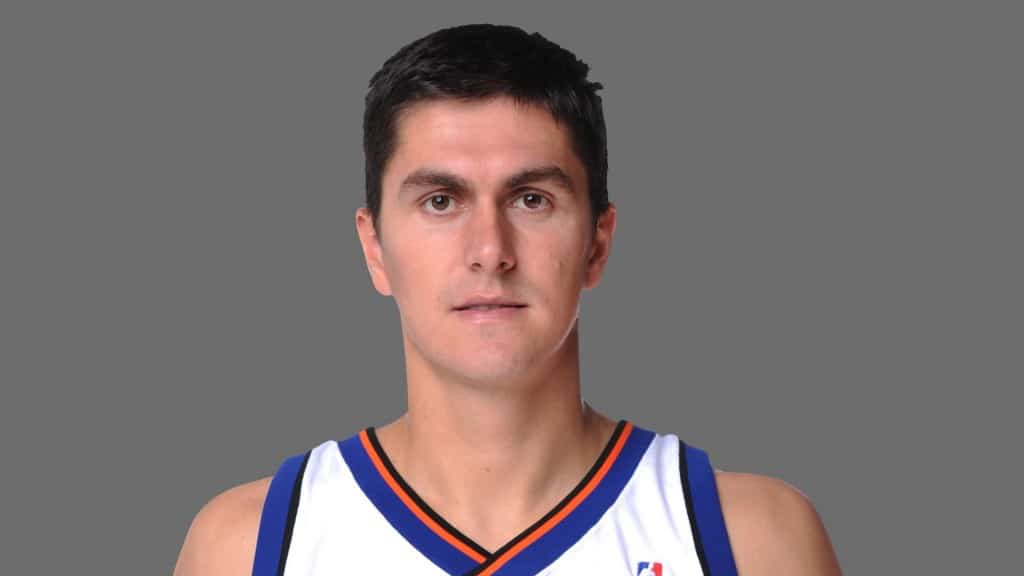 Milicic drafted right after Lebron James and followed a completely different path. The one time NBA champion was earning $4.8 million, a lot of money for one of the biggest busts in history.

Sean May only played in the NBA for four seasons, during which he earned $8.77 million while averaging 6.9 points and 4 boards in his career. Let that sink in!