20 Most Expensive Video Games Of All Time

Video games have evolved dramatically over the past 20 years, perhaps more than any other popular medium in the world. The production costs of modern games are higher than most films, simply because of the depth and layers that games these days possess. With massive open worlds, efficient online matchups and alternate story lines based on your own personalities, video games offer a unique experience that is hard to match with any other medium. Here is a list of 20 video games that had huge production budgets, making them some of the most expensive games ever made. 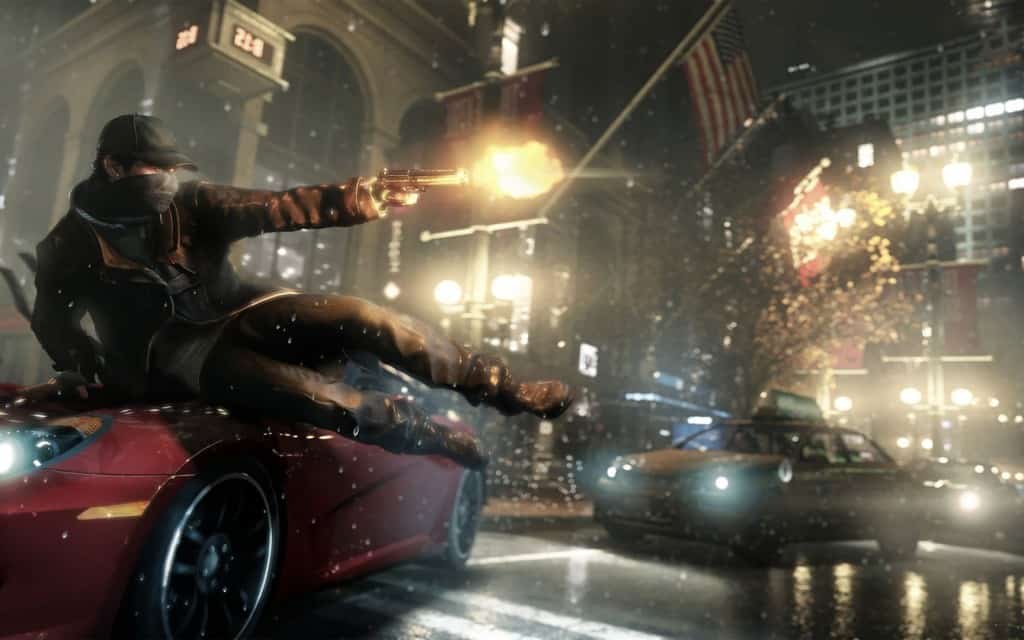 This savvy, surveillance-based open world game allows players to take control of any electronic device within their vicinity. The cost of a complex game like this worked up to nearly 70 million dollars but the excellent gameplay makes the value feel appropriate. 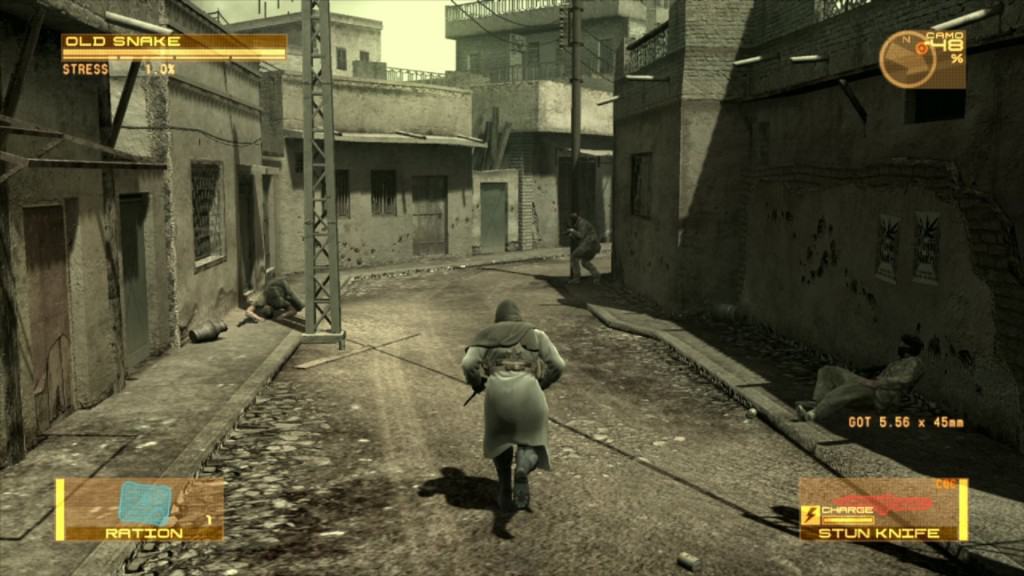 Another popular series that is a big hit with gaming fans is the ‘Metal Gear Solid’ saga. The game has always been known for its hyper-realism, allowing you to personalize numerous facets including even the color of your camouflage. This level of detailing cost the developers 70 million dollars to produce but it brought the series heaps of loyalty points in return. 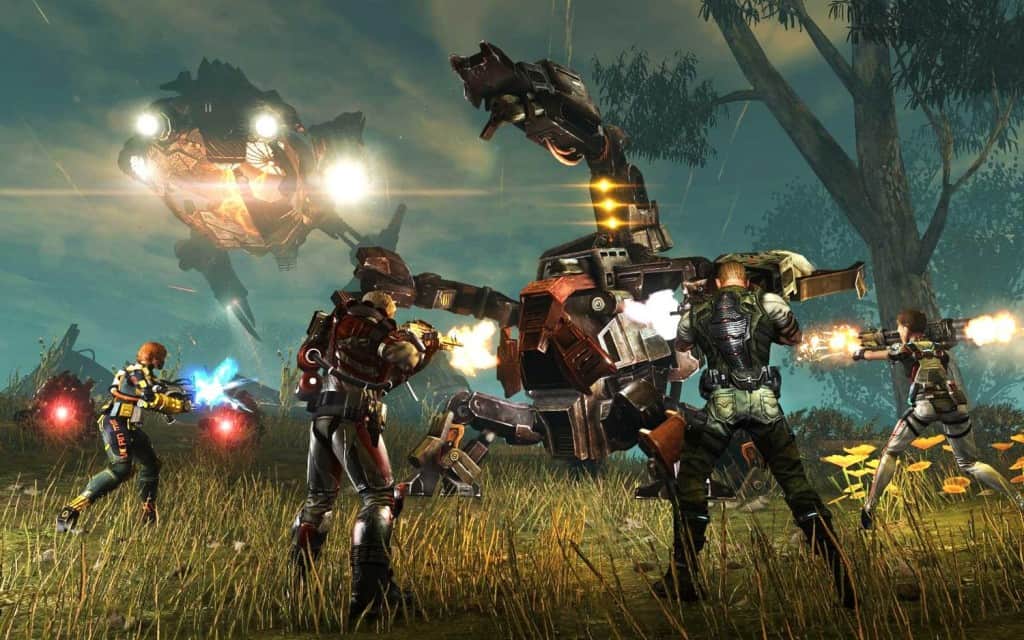 Although ‘Defiance’ did not do as well as it would have hoped, both commercially and critically, the game itself was commended for its gorgeous graphics and high-quality design. Set in a futuristic version of Earth, this science-fiction multiplayer third-person shooter cost over 80 million dollars to develop. 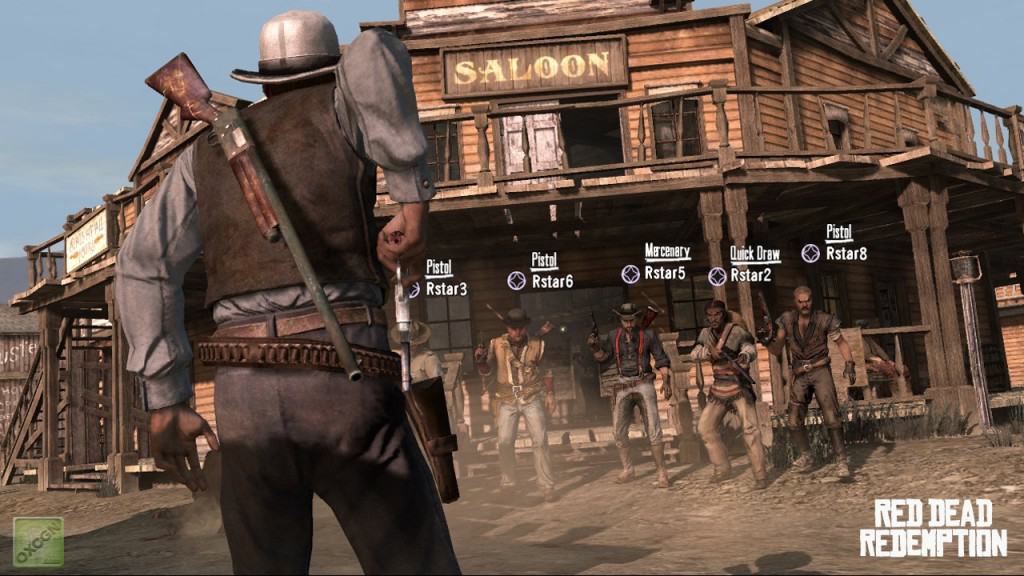 This exciting Western-shooter comes from the good folks who created the GTA series – Rockstar games. They have always showed a penchant for details and the execution of this old-timey western is nearly spot-on. The game cost them over 90 million dollars to make but fans will tell you that it was money well spent. 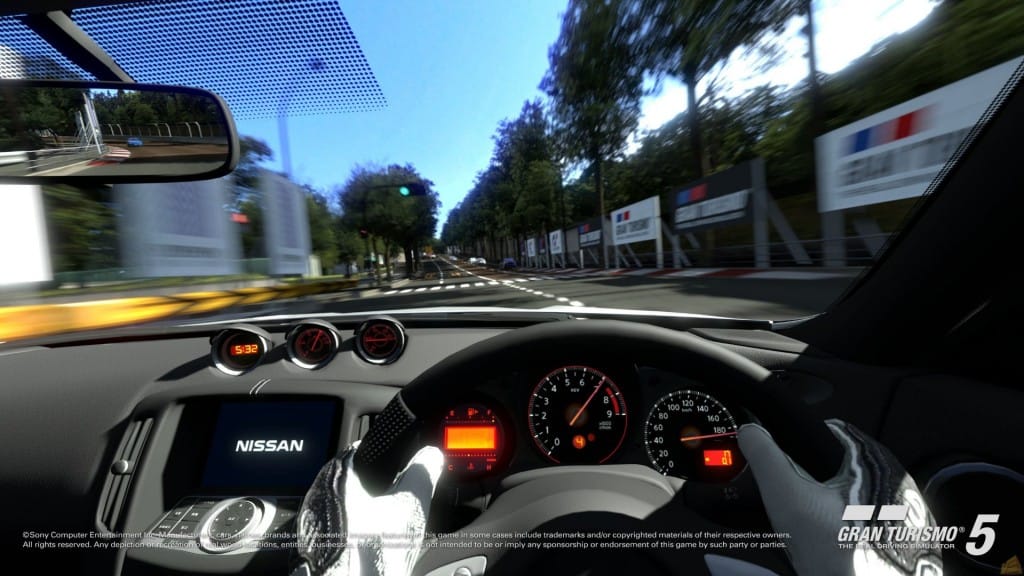 Sony has always taken pride in creating a racing simulator that is truly realistic in every sense of the term. The way each of the 200 plus cars feel on varied terrains is unique and highly believable. Quality of this order does not come cheap which is why they had to spend nearly 93 million dollars to make this game. 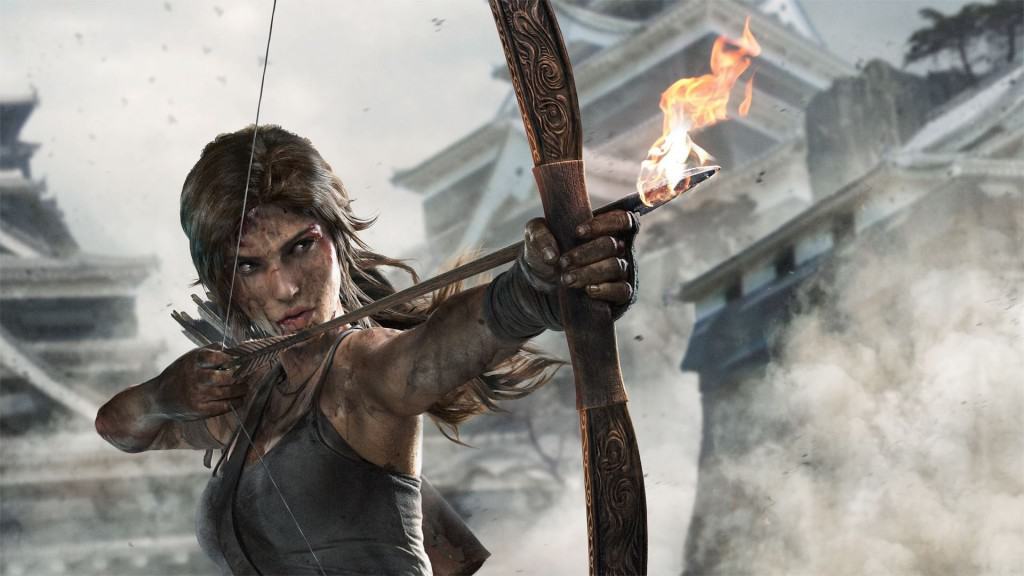 Lara Croft has become an immortal character in the video game realm and rightfully so. She is easily the most powerful female character created and has received numerous additions to her on-going saga. The latest reboot of the franchise was executed with a lot of care and attention, leading to an overall revival of the series itself. It cost the developers over 100 million dollars to create but it is a small price to pay to be a part of such an illustrious legacy. 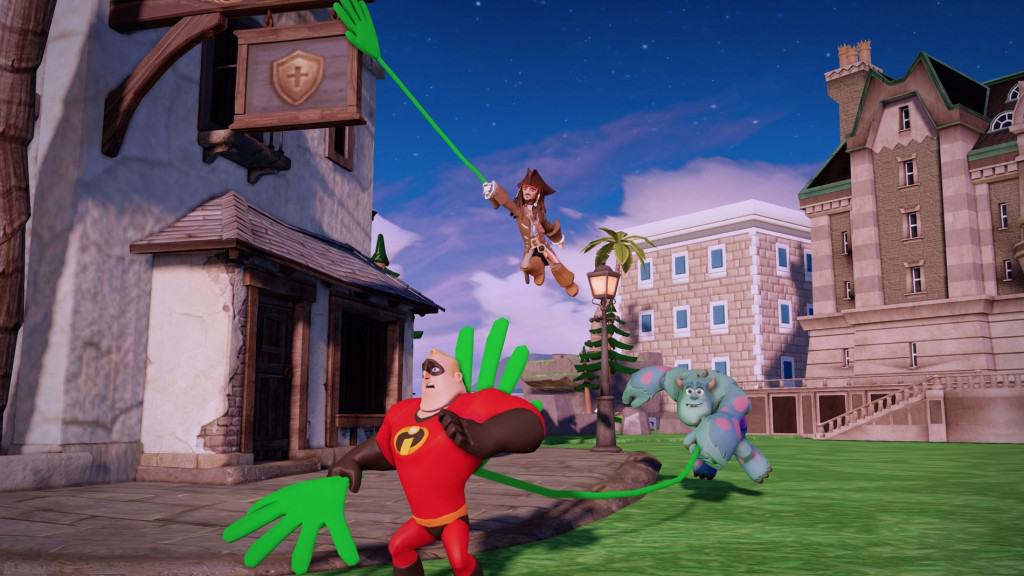 This unique concept designed by Disney required gamers to possess a real-life, mini-avatar of the game characters they wanted to play as inside the game. Executing the concept did not come cheap as it set Disney back by nearly a 100 million dollars. 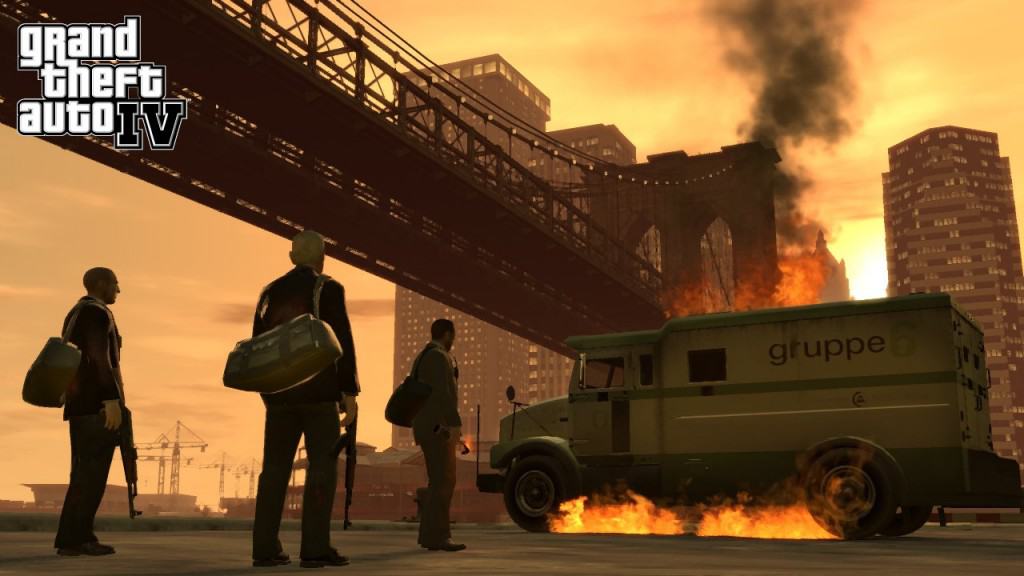 You might be surprised to know that the in-game map of GTA 4 is substantially bigger than the succeeding part that was launched 6 years later. In fact GTA 4 is one of the biggest games ever made, which is why it cost the studio over 100 million dollars to produce. 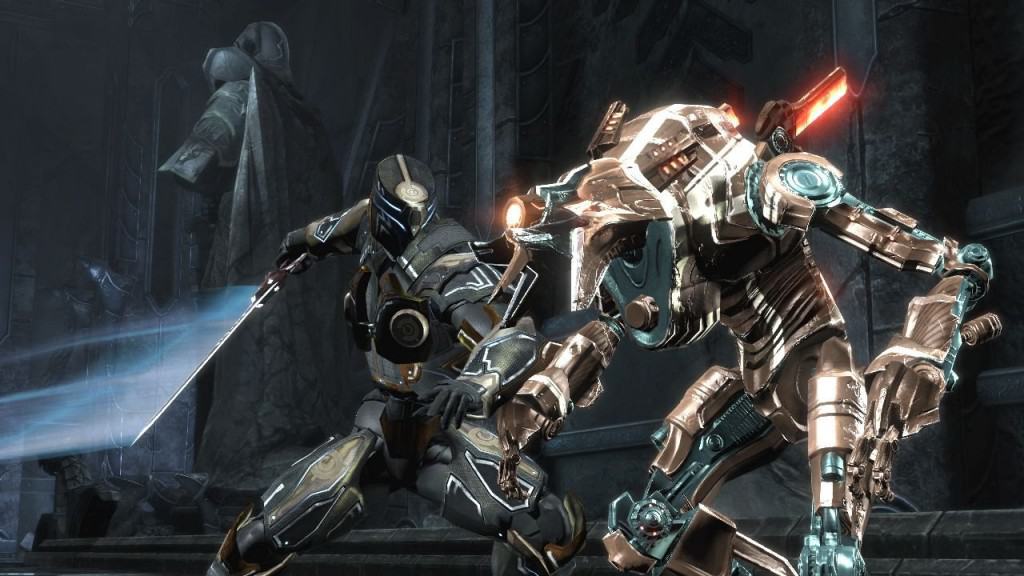 This exciting action RPG was created by Canadian giants Silicon Knights and was easily one of the most expensive games to be released in 2008. With a production budget of over a 100 million dollars, this game gave stiff competition to many film studios in terms of overall production value. 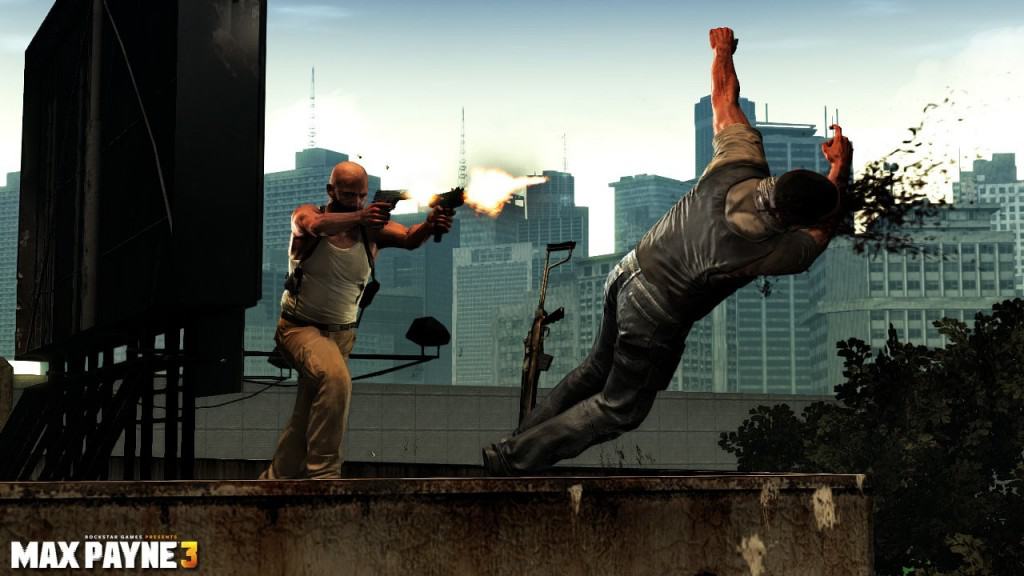 The Max Payne series has been a fan-favorite ever since the game was first launched in 2001. Its dark and gritty story, coupled with an exciting new gameplay style was an instant hit. The developers spared no expense in creating the third and biggest installment of the franchise by shelling a whooping 105 million dollars in the game’s production. 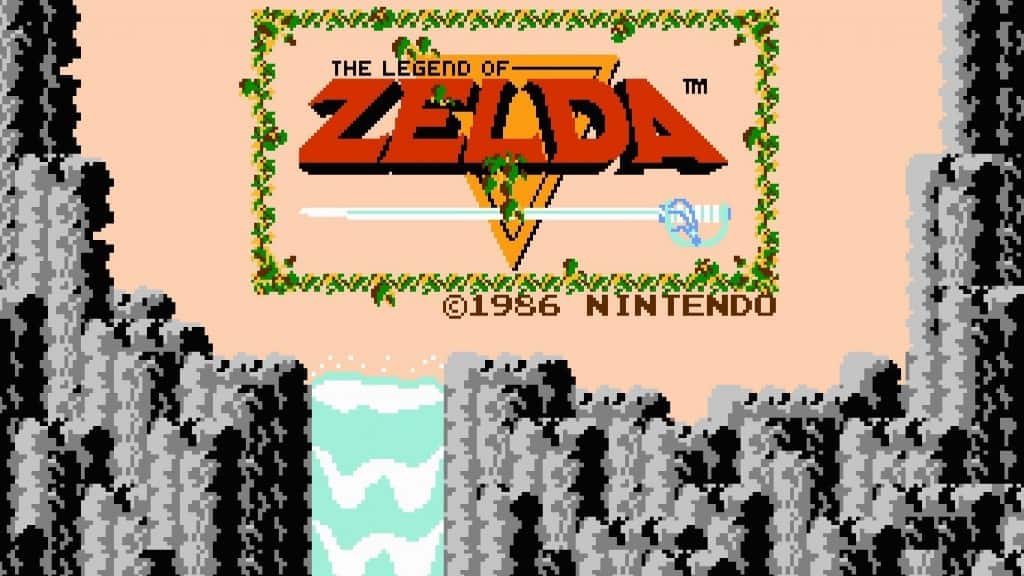 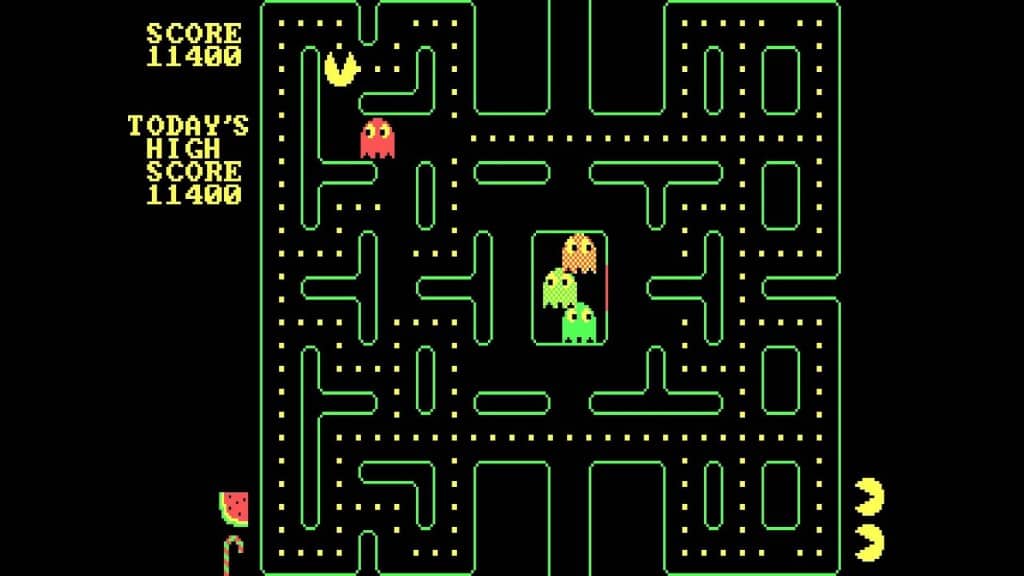 Pac Man, the classic dot-eating face, afraid of ghosts looks fairly basic to a child who would play the game for the first time today. In reality, it cost Atari 56 million dollars to make back in 1982, a value that jumps to 135 million dollars in today’s market. 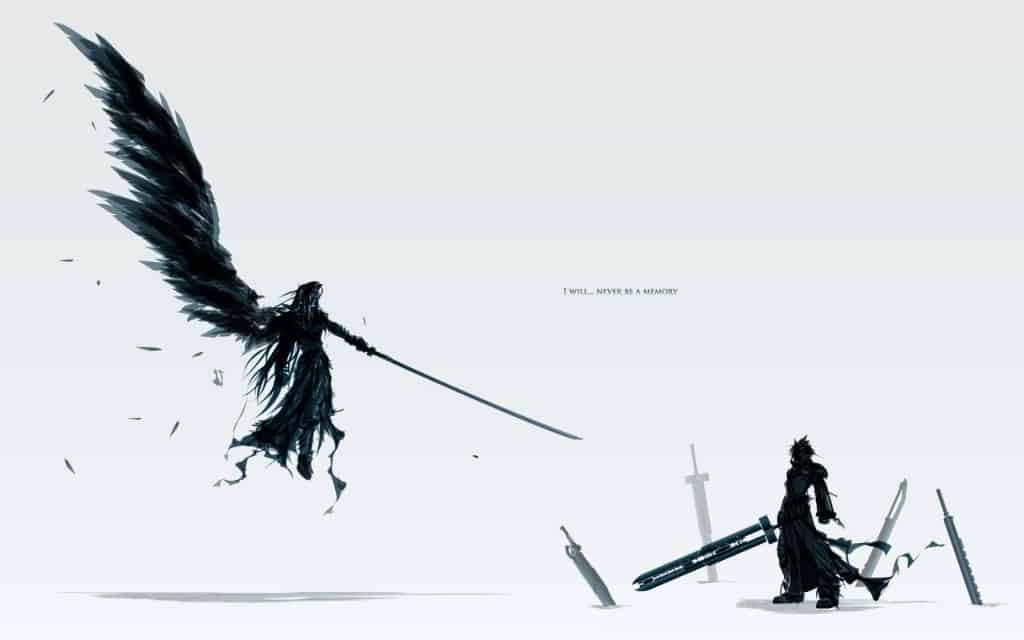 This epic saga has been around for several generations and has found its way to nearly every type of console available. The seventh instalment in the series was by far the most expensive of the lot, costing the studio nearly 150 million dollars to produce. Fans of the series repaid the studio with generosity by making the series highly successful. 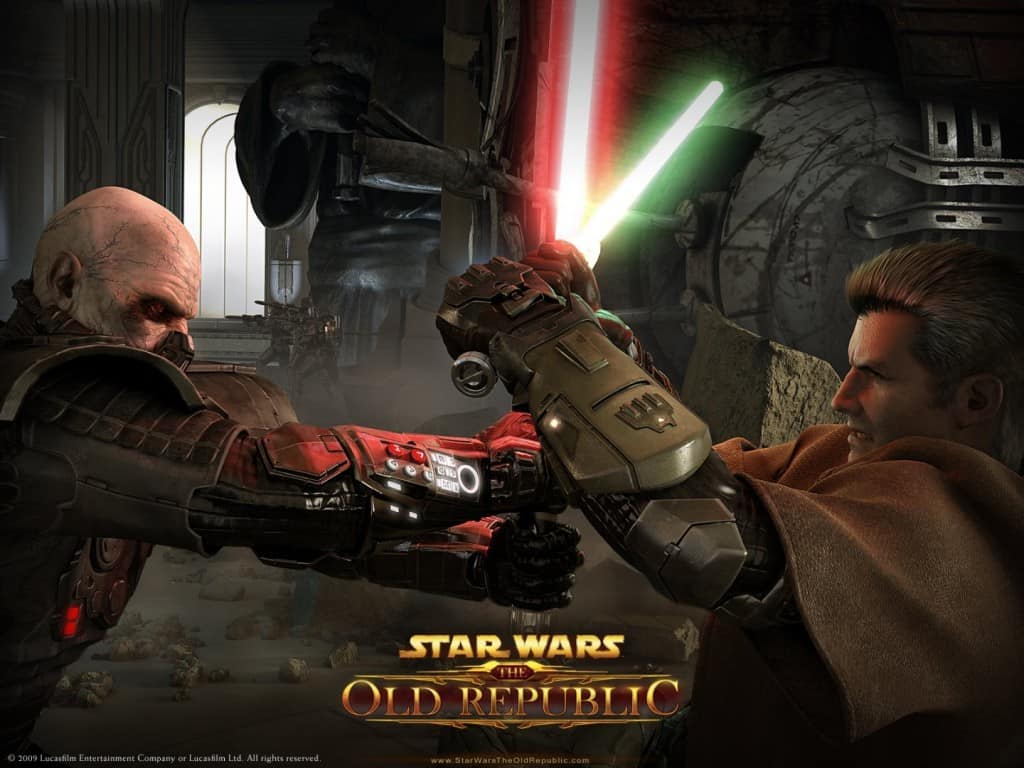 The Star Wars franchise has been one of the biggest and most popular series in the entertainment industry, and its high production value extends to video games as well. ‘Star Wars: The Old Republic’ was one of the most expensive video games ever created, with an overall production budget of 200 million dollars. 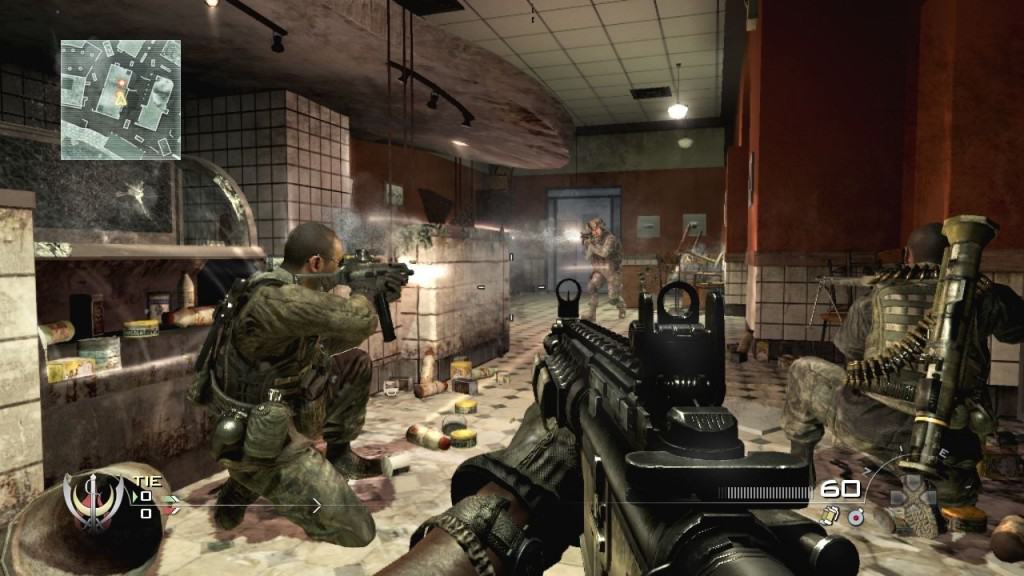 The ‘Call of Duty’ series has developed a steady fan-following over the years and has devotedly followed the trend of making every installment bigger and better. The second modern warfare game is one of the most expensive games ever created, costing an exorbitant 200 million dollars to produce in total. 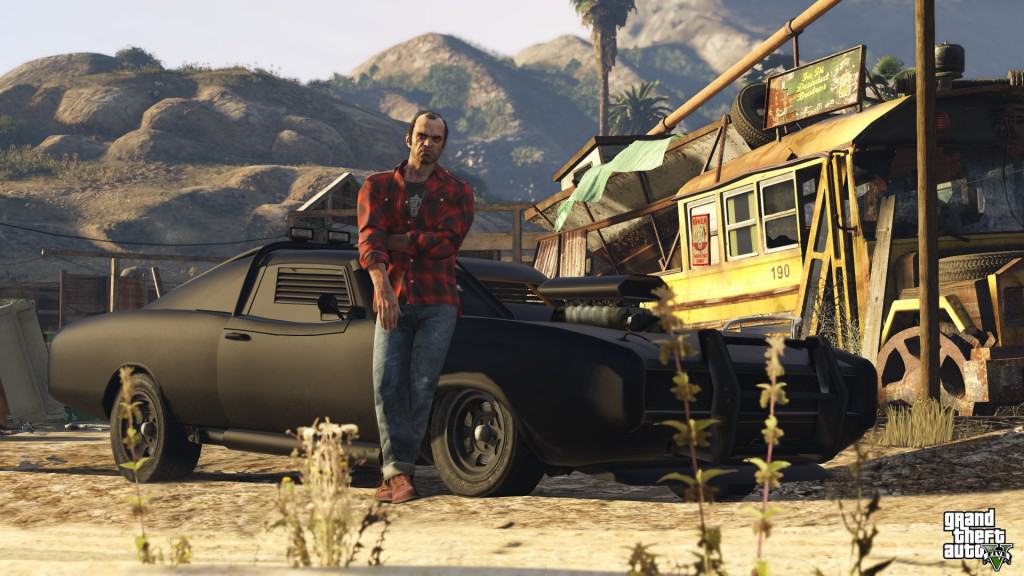 GTA 5 has been named one of the most realistic games of all time, simply because of the high level of detail that the developers have infused the game with. It is possible to literally do anything you want within this game, making it more like a real-life simulator than anything else. This level of quality does not come cheap and it cost the developers nearly 265 million dollars to produce, promote and distribute. 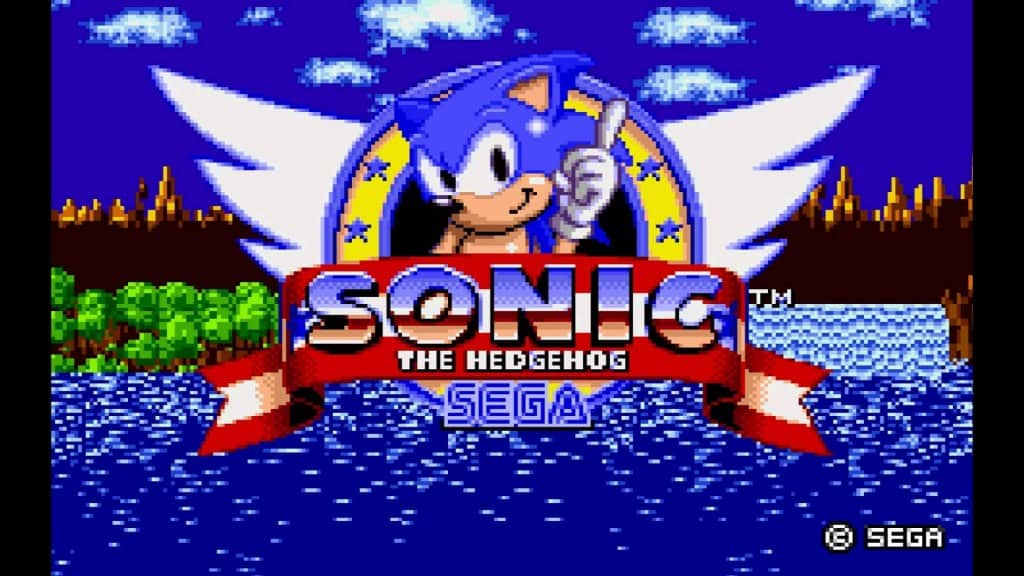 This speedy hedgehog raced into the hearts of many gamers back in 1991 but it did not come cheap. Sega invested 225 million dollars in the game, an amount that would be worth 387 million in the current market. 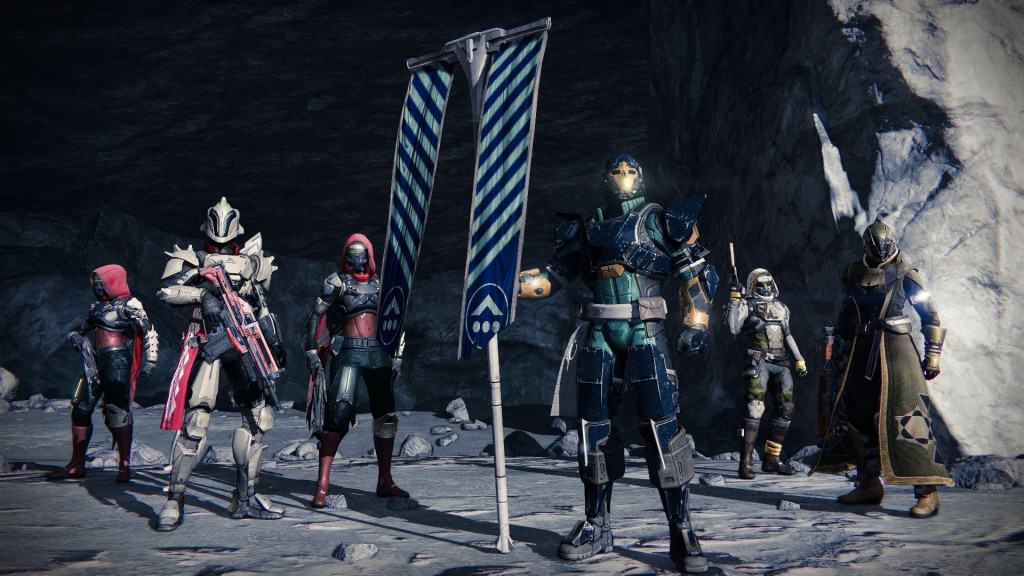 Destiny is a massive open-world game with an emphasis on creating a highly competitive multiplayer platform. The developers intend to release additional content on a weekly basis making the game an ever-expanding juggernaut. With a production budget of 140 million dollars and a marketing and distribution budget of over 350 million dollars, Destiny is easily one of the most expensive entertainment product ever produced. 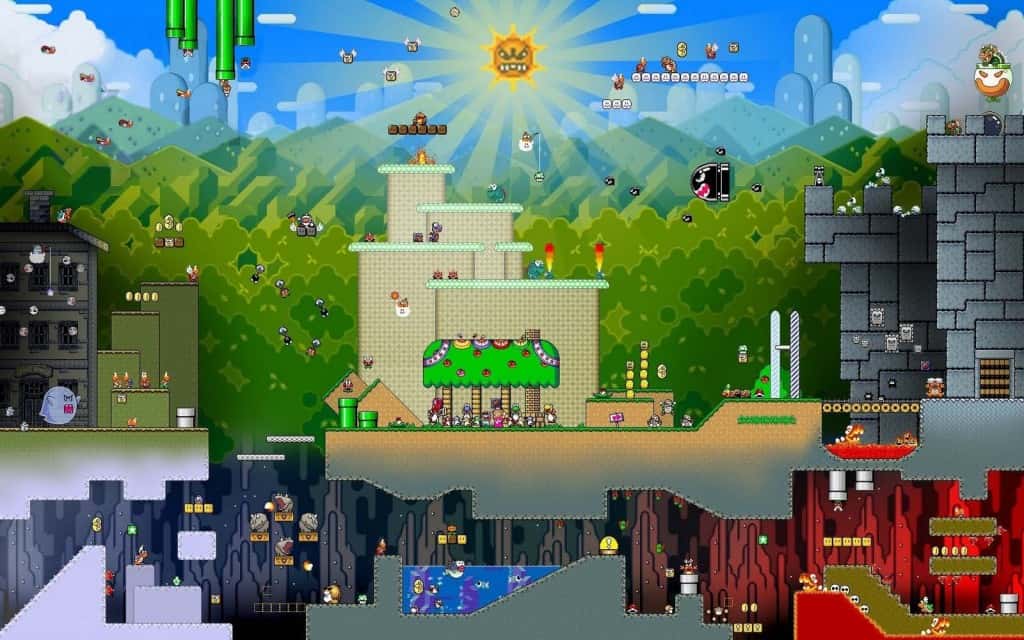 Mario is probably the most widely recognizable franchise in the world, with the character being perpetuated using Kart games ever so often. Super Mario world was made in 1990 and it cost a shocking amount of money to make, with the 309 million spent back in the day — amounting to nearly 553 million dollars today. 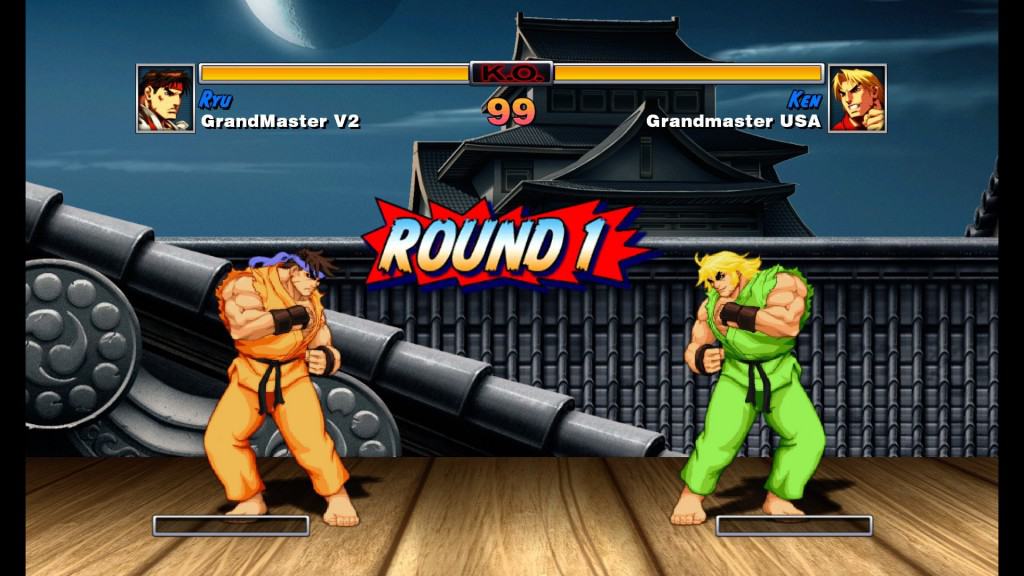 When Street Fighter II was released in 1991, it cost a jaw-dropping 413 million to create with only 31 million of that amount being spent on marketing. That value amounts to 700 million dollars today, thanks to inflation. To put that in perspective, the costliest movie ever made, the third ‘Pirates Of The Caribbean’, cost only 380 million to produce.