What is the best part of playing for a Major League Baseball team? Maybe its the awesome salary you can use to buy a huge house and a kick-ass sports car. Perhaps its being so famous that small children wear your jersey and beg for your autograph. Possibly it’s because you don’t have to sit behind a desk and suffer through the daily grind like a regular Joe. While all those things are great, the real reason is probably the WAGs – those gorgeous wives and girlfriends that those lucky athletes get to go home with at the end of the day. 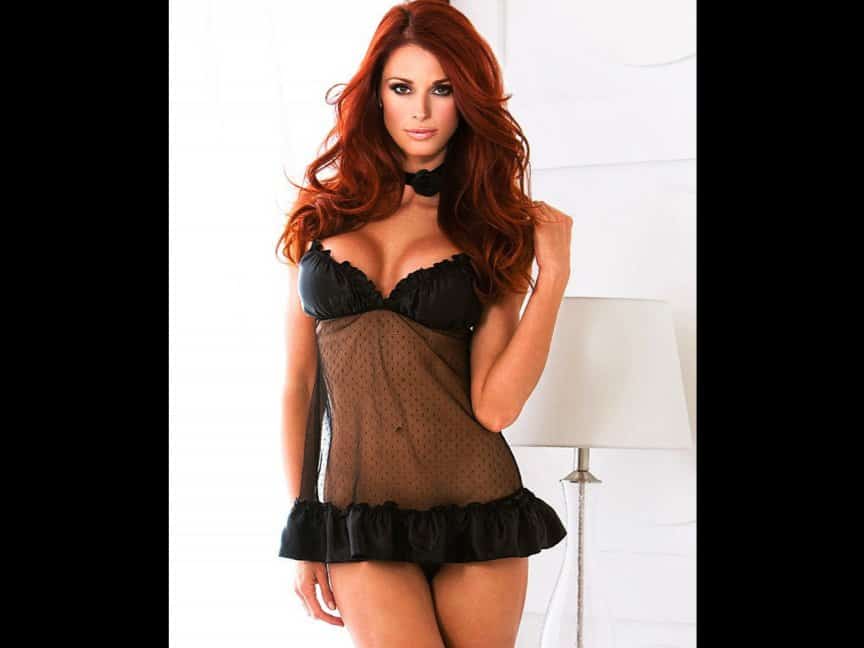 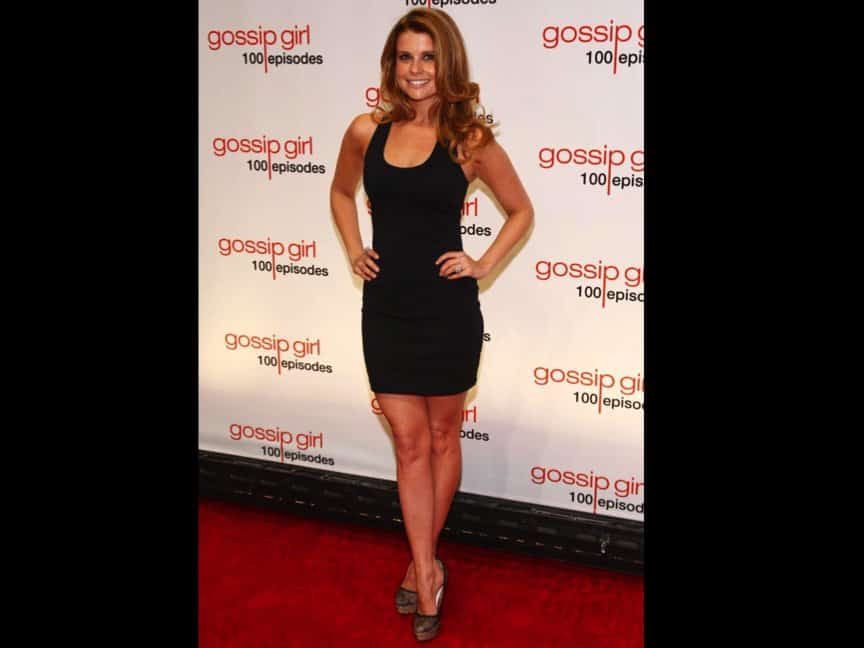 Actress Joanna Garcia has appeared on “Gossip Girl” as well as movies like American Pie 2 and Not Another Teen Movie. She is also married to Cleveland Indians’ outfielder Nick Swisher. 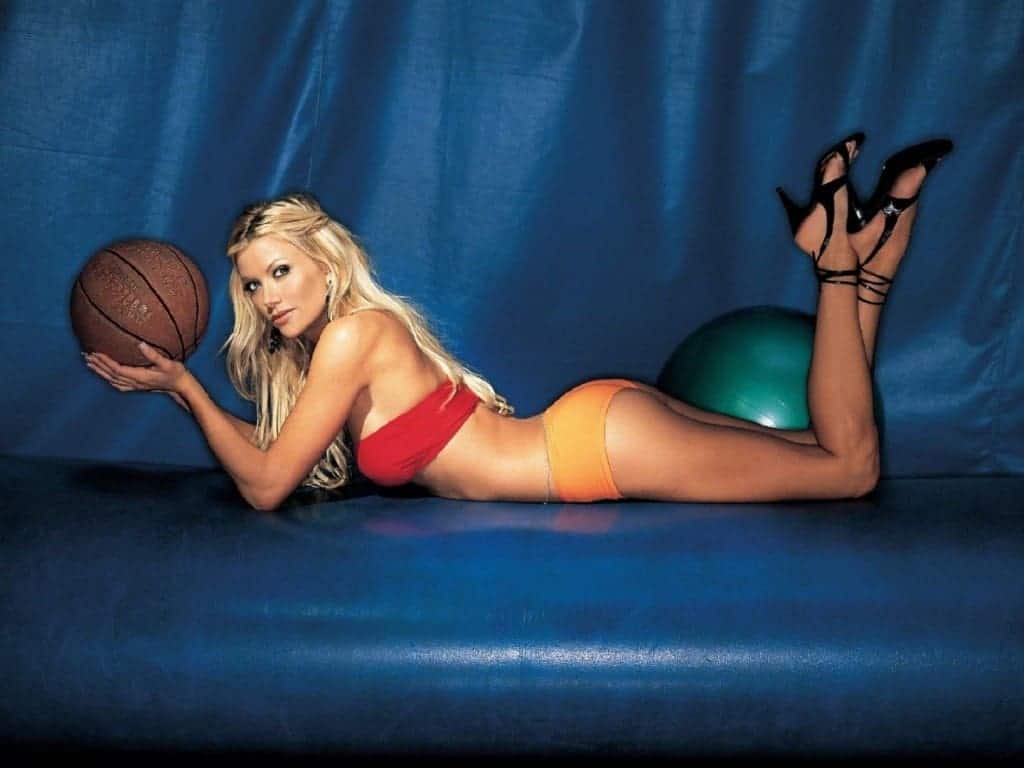 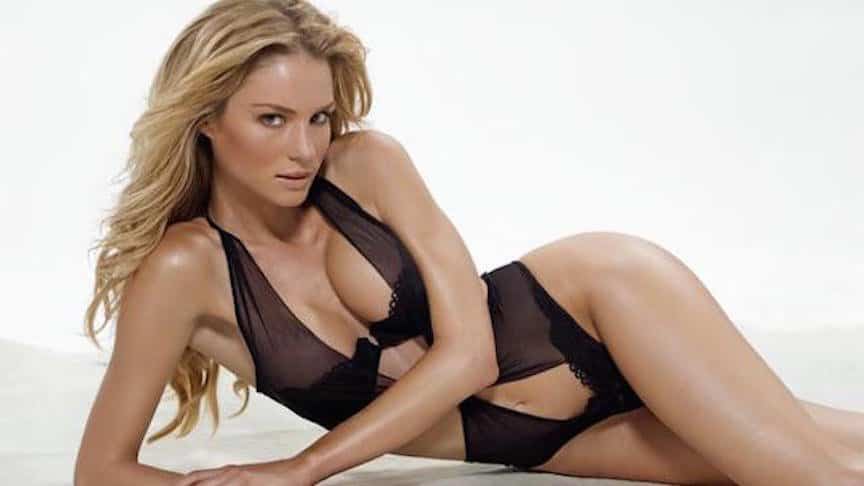 If you’re a fan of HBO’s “Entourage,” than you might be familiar with Marikym Hervieux who played Josh Weinstein’s girlfriend. The French-Canadian actress also happens to date Toronto Blue Jays catcher Russell Martin. 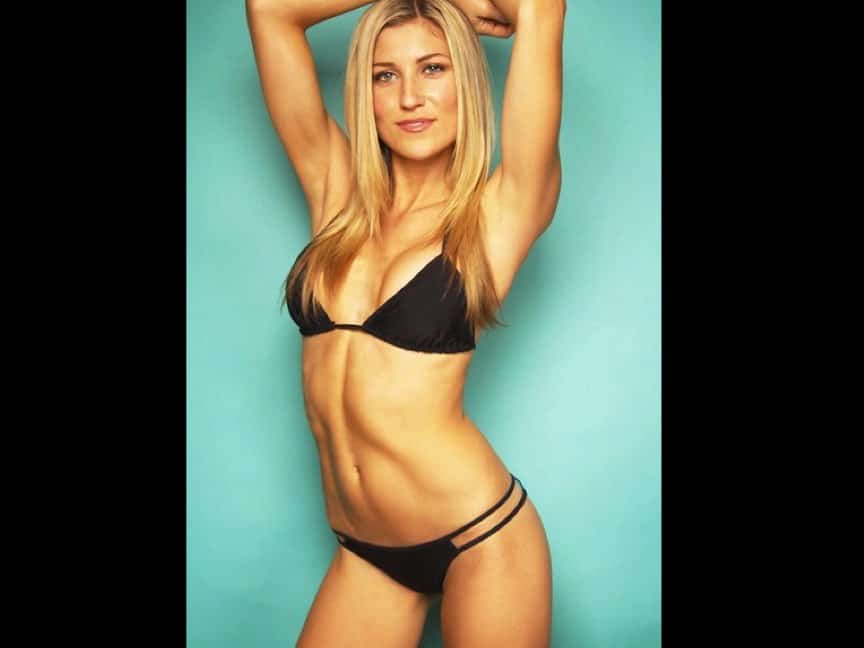 Lindsay Clubbing used to a model on the TV show “Deal or No Deal” as well as a host on the documentary show “Get OUT!” Now she spends her downtime with Boston Red Sox pitcher Clay Buchholz, her husband of five years. 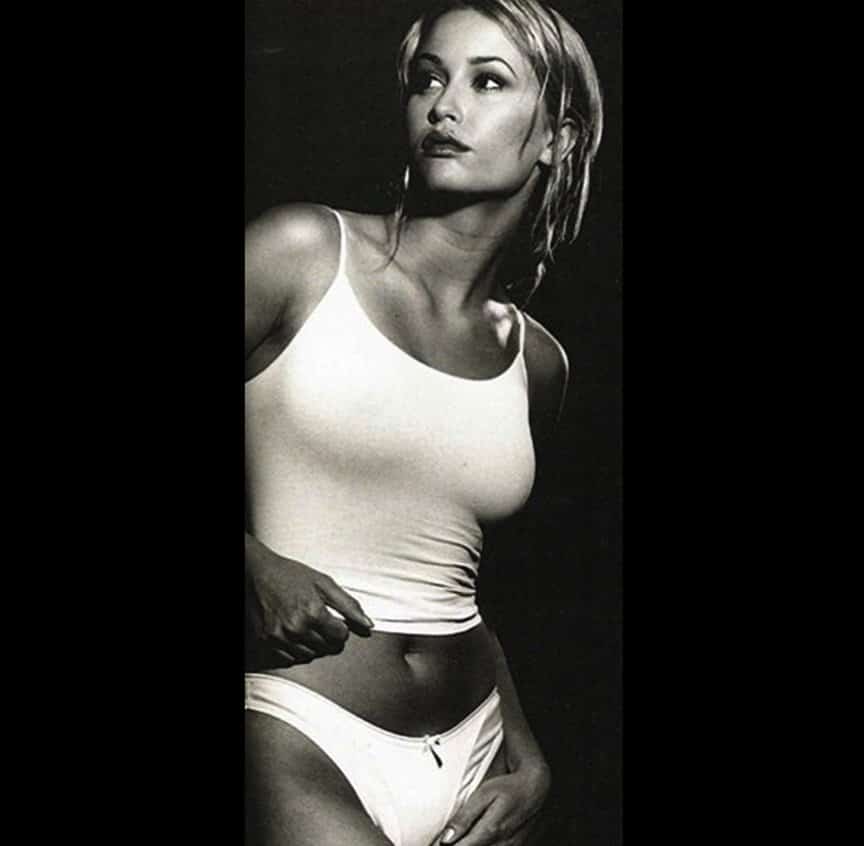 Jamie Kotsay is married to former San Diego Padres outfielder Mark Kotsay. They wedded back in 2000 and are still happily married with three beautiful children. 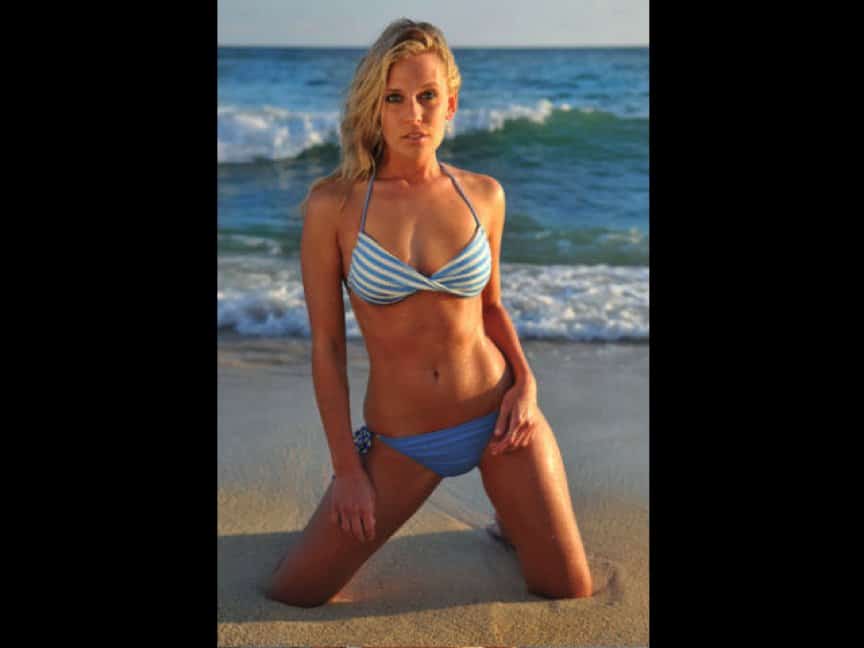 Emily Greinke met husband and LA Dodgers pitcher Zack Greinke in high school. Aside from being a former Dallas Cowboys cheerleader, she was also the 2008 Miss Daytona Beach. 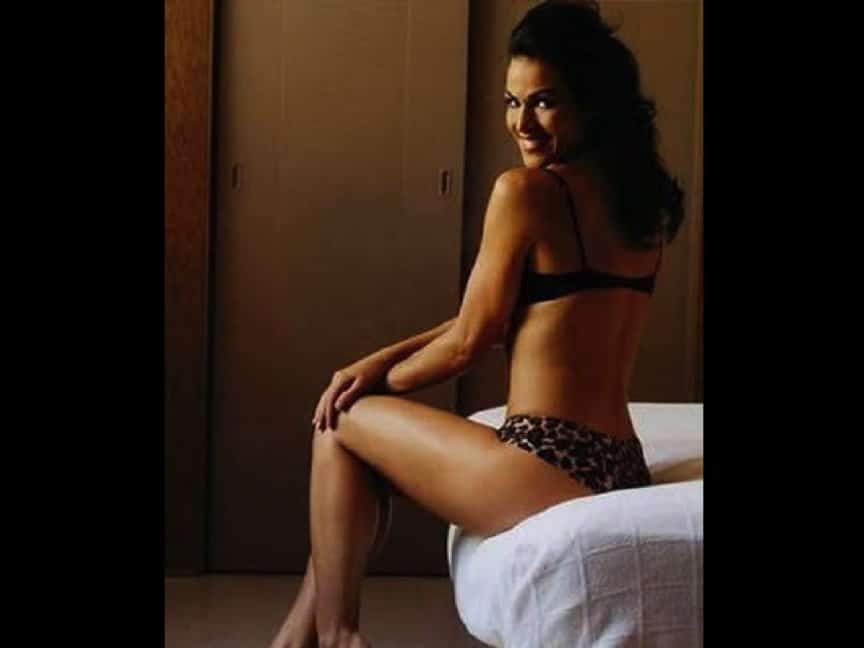 Former left fielder for the Toronto Blue Jays Mark DeRosa married his wife Heidi in 2003. Still keeping herself in supermodel shape, you would never know she is a mother of two. 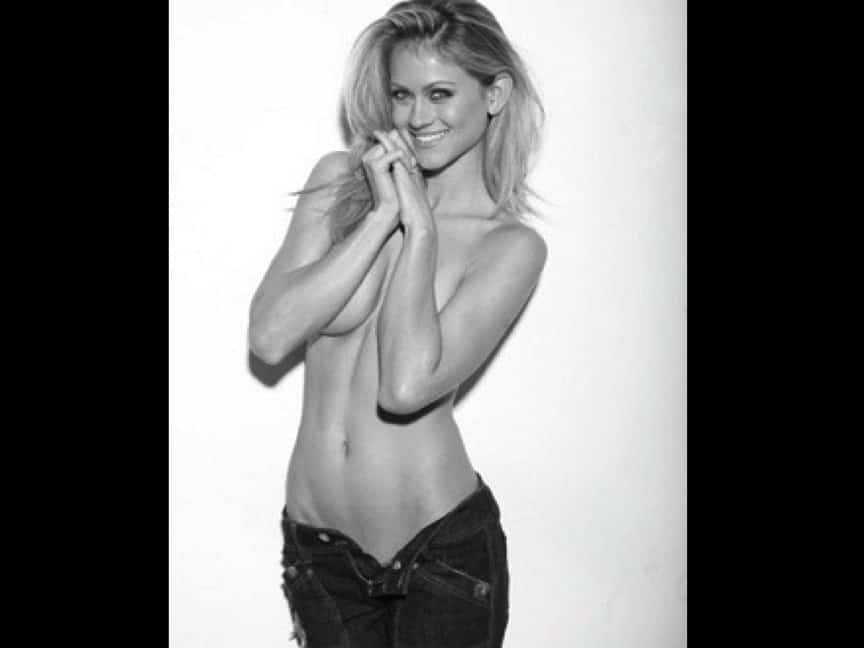 When Amber-Marie Seyer isn’t busy being married to Oakland A’s pitcher Barry Zito, she’s building her acting career. A top ten finalist for Miss USA in 2007, she was recently featured in the Ryan Reynolds and Jason Bateman helmed The Change Up. 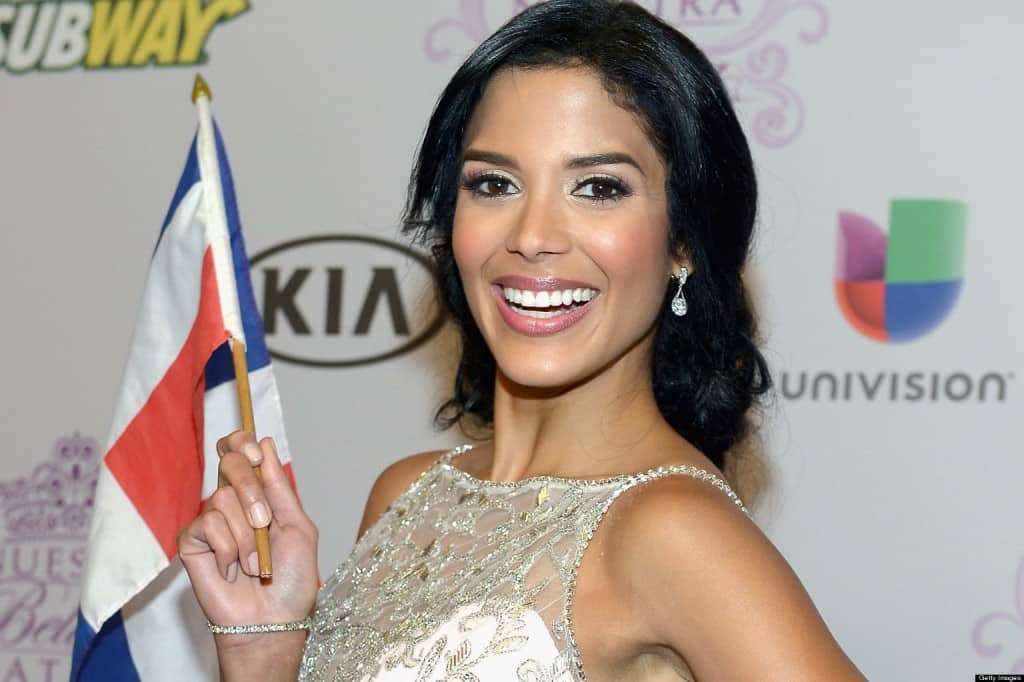 Audris Rijo is the current girlfriend of free agent pitcher Jonathan Sanchez. Aside from being a former Miss Dominican Republic, Audis is currently working as a professional model. 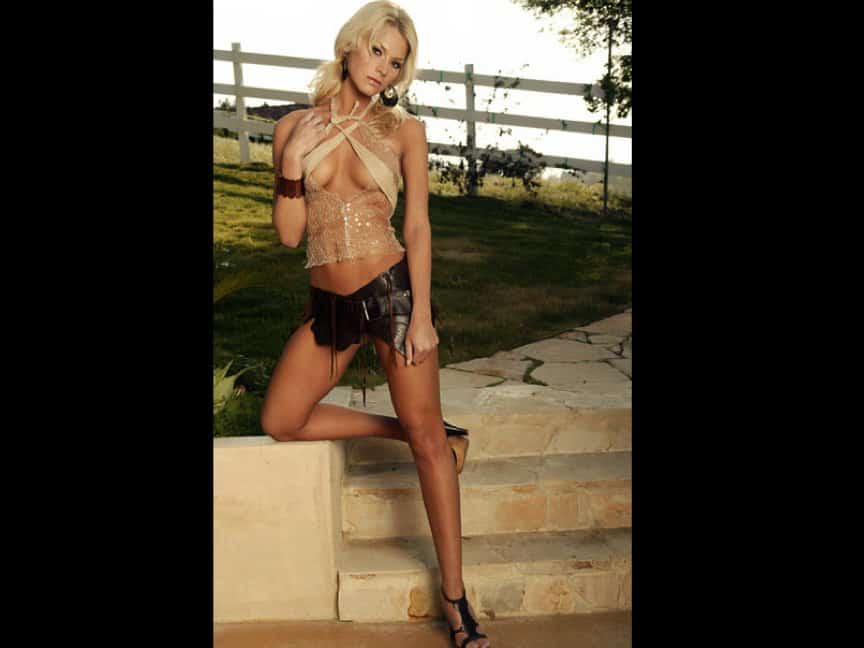 San Francisco Giants’ right fielder Hunter Pence has a reputation for dating beautiful women, but Shannon James certainly both the latest and the greatest. Once a Playboy Playmate, she has also been featured in many major magazines such as Maxim. 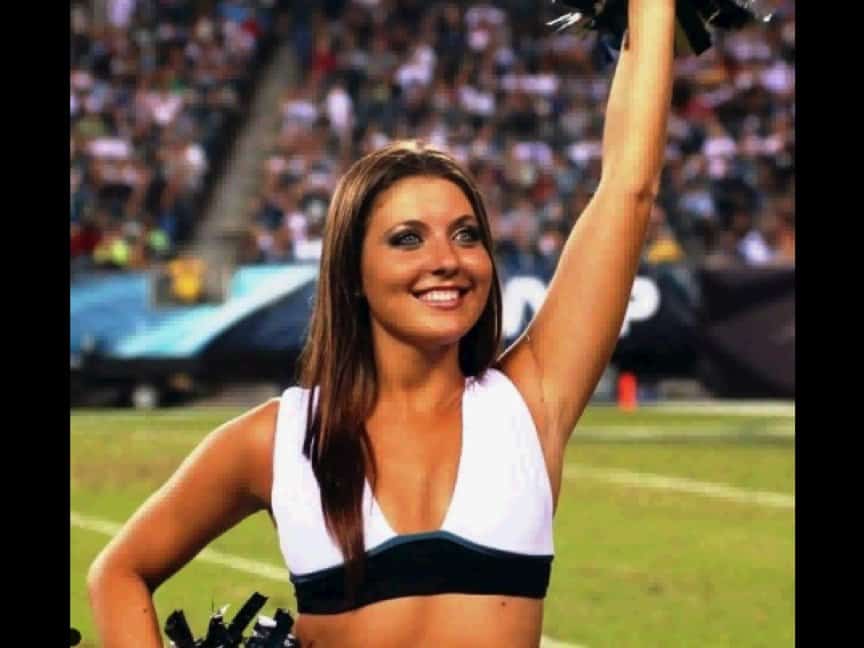 Once a cheerleader for the Philadelphia Eagles, Krystle Campbell is married to Philadelphia Phillies’ first baseman Ryan Howard. She also works as a school teacher. 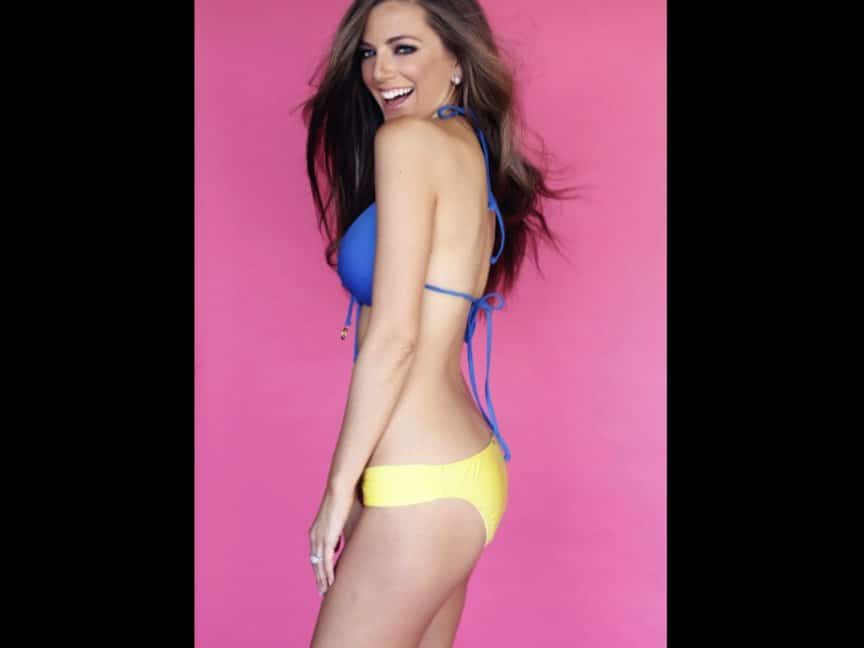 Tampa Bay Rays outfielder David DeJesus is probably still counting his lucky stars after marrying his now gorgeous wife Kim. When she isn’t doing charity work, she is working to become an actress. 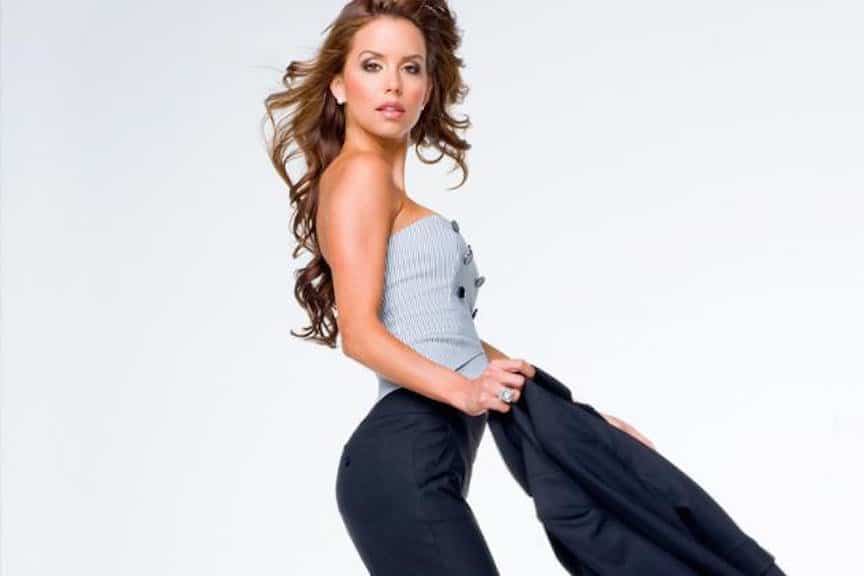 Diana Roberts was the 2006 Miss FHM and a former model on the TV show “Deal or No Deal.” She is also married to former Baltimore Orioles second baseman Brian Roberts. 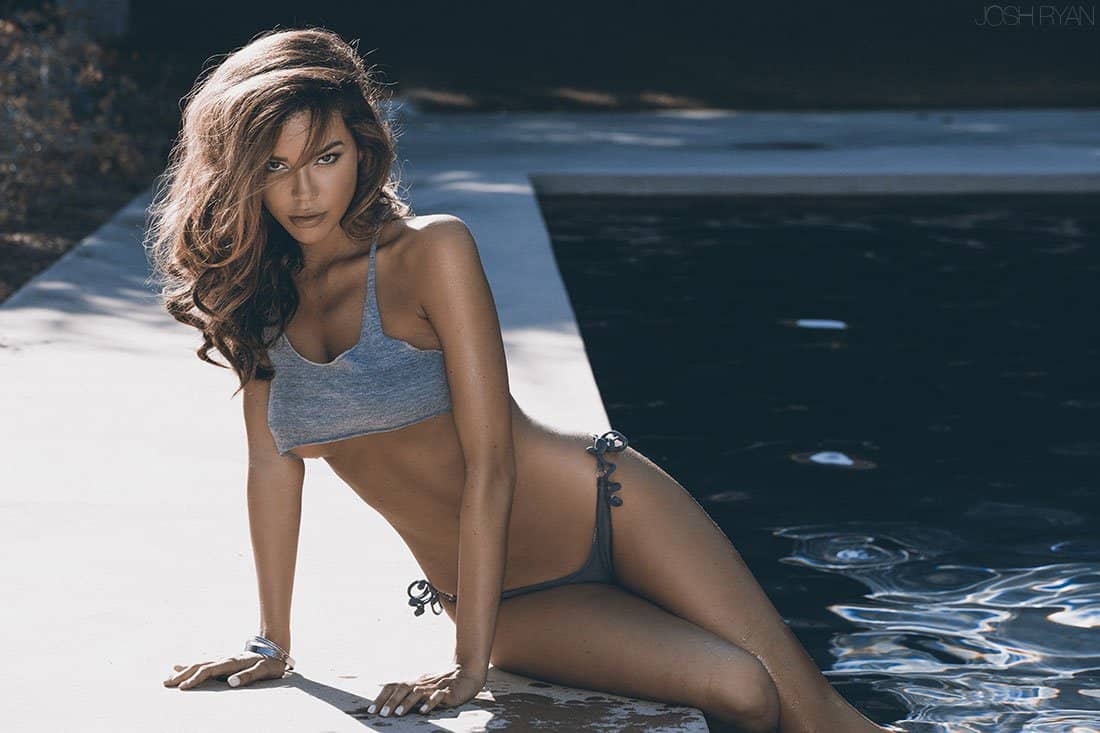 Brittany Binger is currently a successful model and was the June 2007 Playboy Playmate of the Month. She also happens to be married to Philadelphia Phillies outfielder Grady Sizemore. 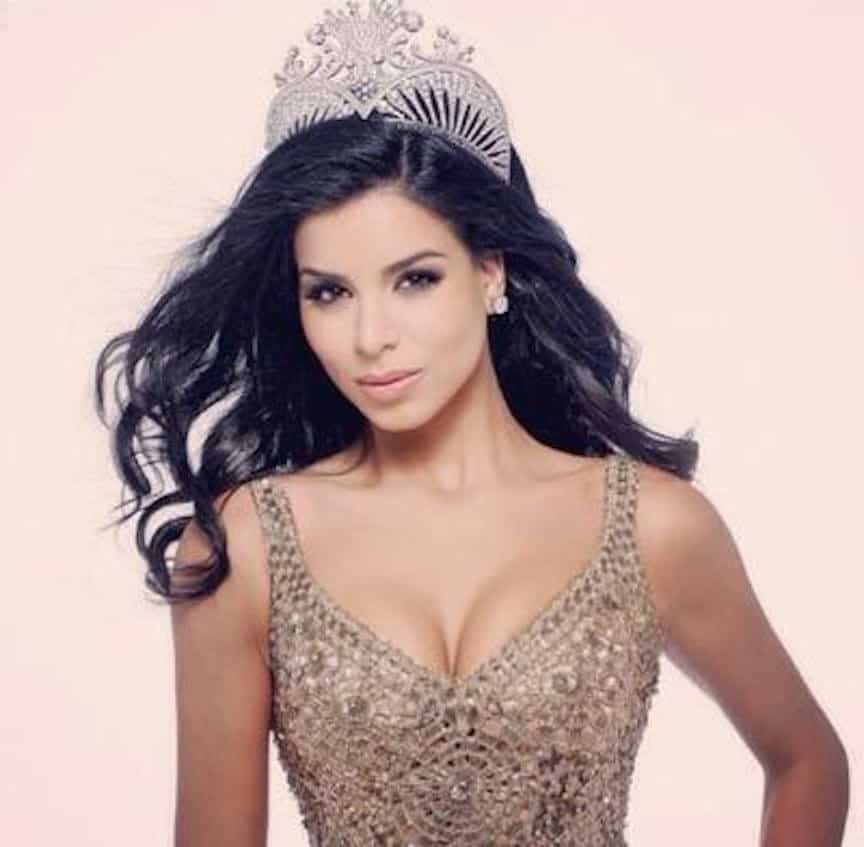 Roma Fakih is not only the first Lebanese-American women to win the Miss USA pageant, she is also a model, an actress, and a wrestler. She also happens to be dating San Francisco Giants pitcher Ricky Romero. 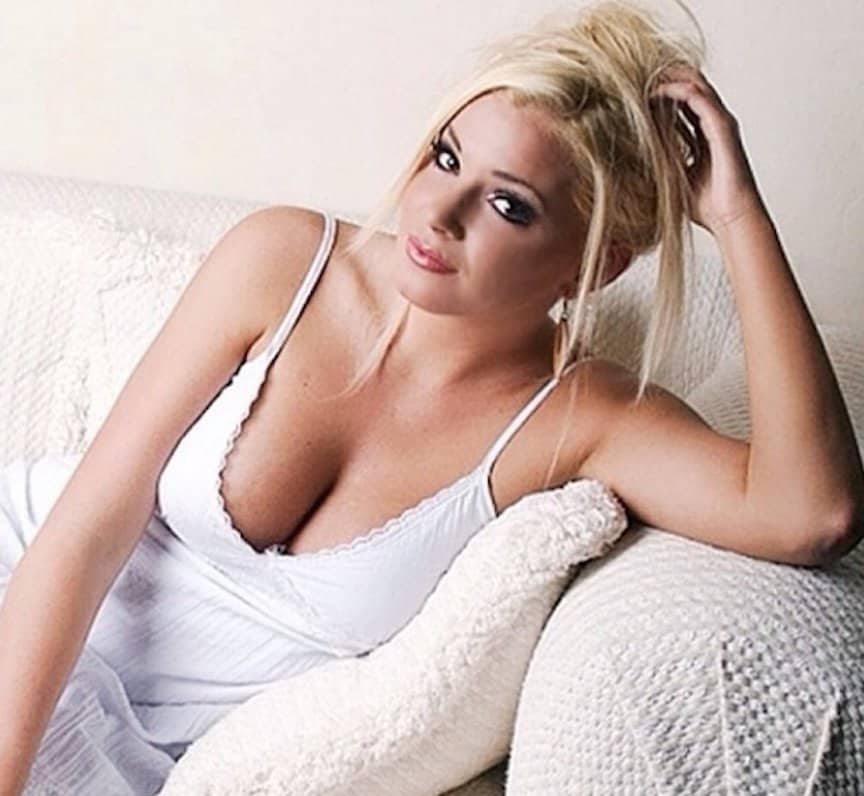 Dallas Latos is married to Miami Marlins pitcher Mat Latos. If you’ve ever wanted to know what its like to married to a Major League Baseball player, just check out Dallas’s blog. 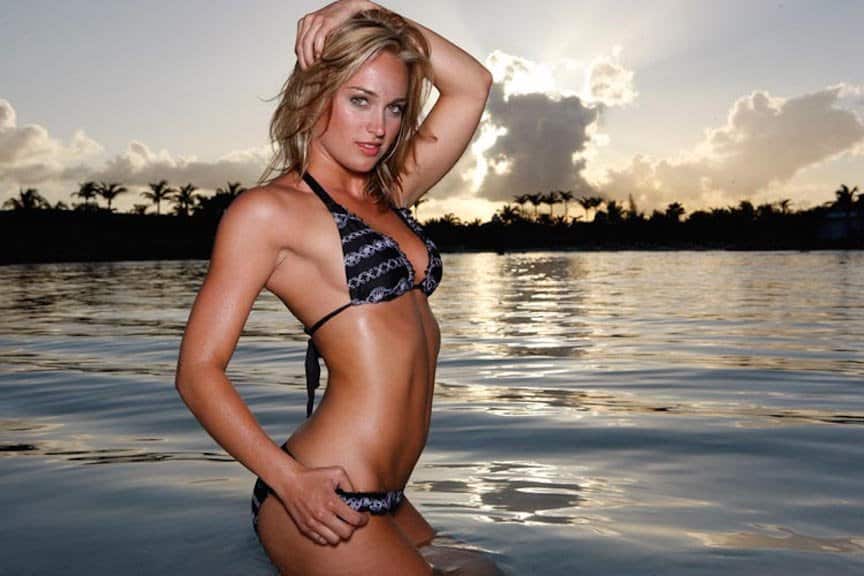 Former Philadelphia Phillies outfielder Laynce Nix’s career may have faded away, but his home life is certainly alive. Anyone lucky enough to married to a women like former Dallas Cowboys cheerleader Brooke Sorenson would be a happy man. 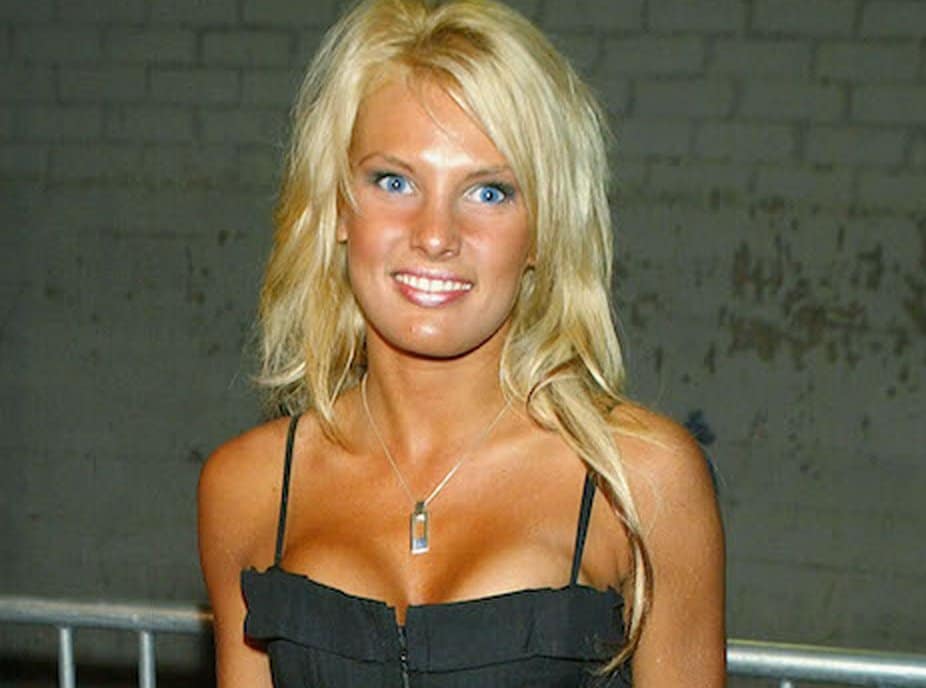 After she got naked on an episode of “Survivor,” Heidi Strobel went on to be a Playboy Playmate. Now she is happily married to Philadelphia Phillies pitcher Cole Hamels. 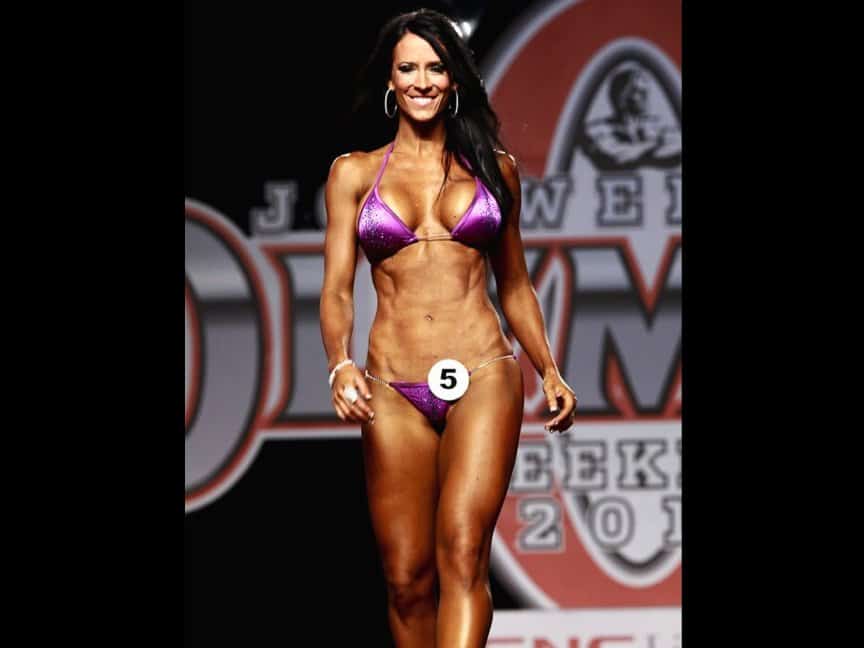 Out of all of the couples on the list, this one has the biggest discrepancy when it comes to looks. Free agent relief pitcher Michael Schwimer probably sold his soul to the Devil to marry someone as hot as pro fitness competitor Missy Coles.