A divorce is a rarely a happy occasion for anyone involved. It’s usually a sign that two people who had loved each other and pledged to spend the rest of their life together have had a massive breakdown in their relationship to such an extent that the couple can no longer live together. Although it is often a last resort, a divorce can come about for all sorts of reasons. Perhaps one of them had an affair, changed their behavior drastically or just fell out of love. Whatever the case, the process of separation can be a very messy one that, when those involved are celebrities or wealthy, can also become incredibly expensive. 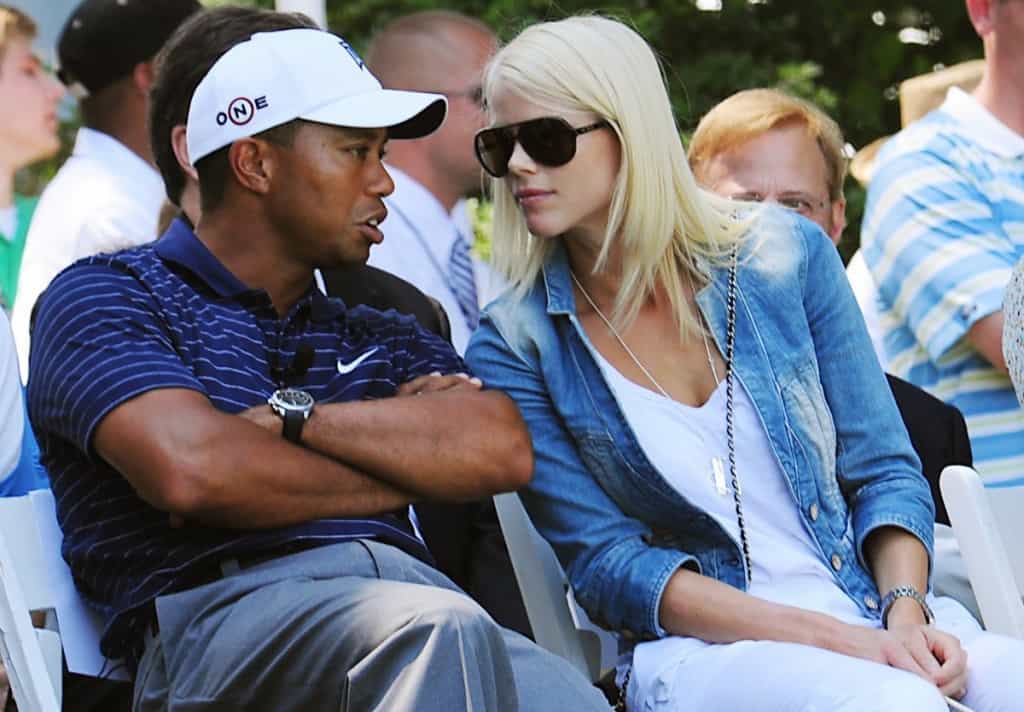 Tiger Woods became the first sportsman to earn a billion dollars following his unrivaled success in golf during the late 1990’s and early 2000’s. He married Elin Nordegren in 2004 and the couple had two children together but the relationship imploded in 2010 when a car crash involving Woods became public, an event that had been caused by an argument with his then wife over his affairs. The golfer later admitted to the infidelities and agreed to a quick and painless divorce that saw Elin get a settlement of $100 million. 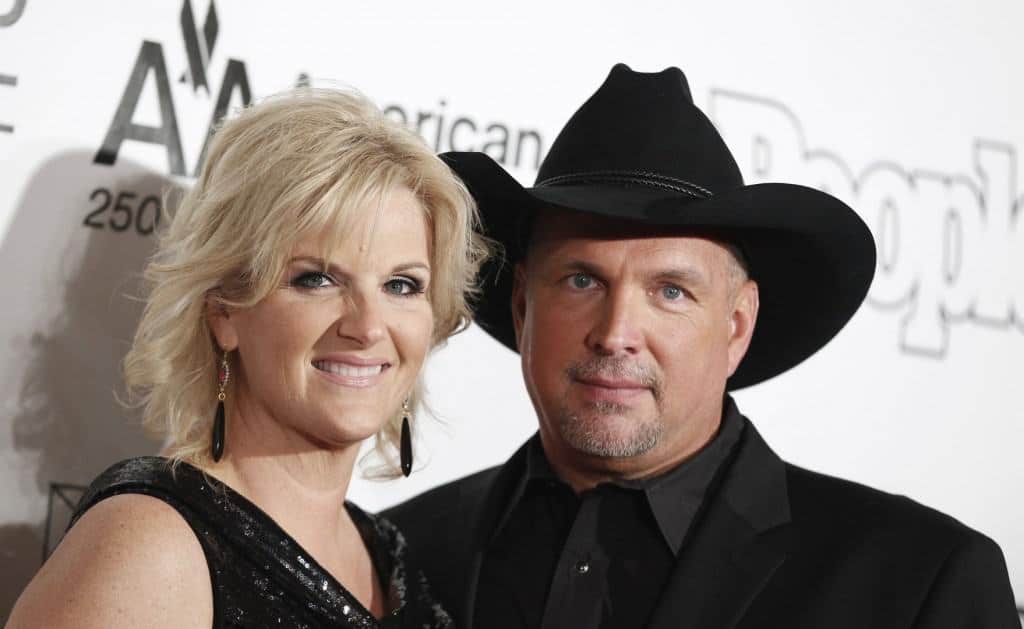 Singer-songwriter Garth Brooks married his first wife Sandy Mahl in 1986. The pair had first met when Mahl had punched a hole in a wall while Brooks was working as a bouncer at the club. They separated 13 years later in 1999 and divorced in 2000. Reasons for the divorce were never made public and details about the exact settlement amount have never been revealed. However, analysts have reported the figure was very likely to be around $125 million. 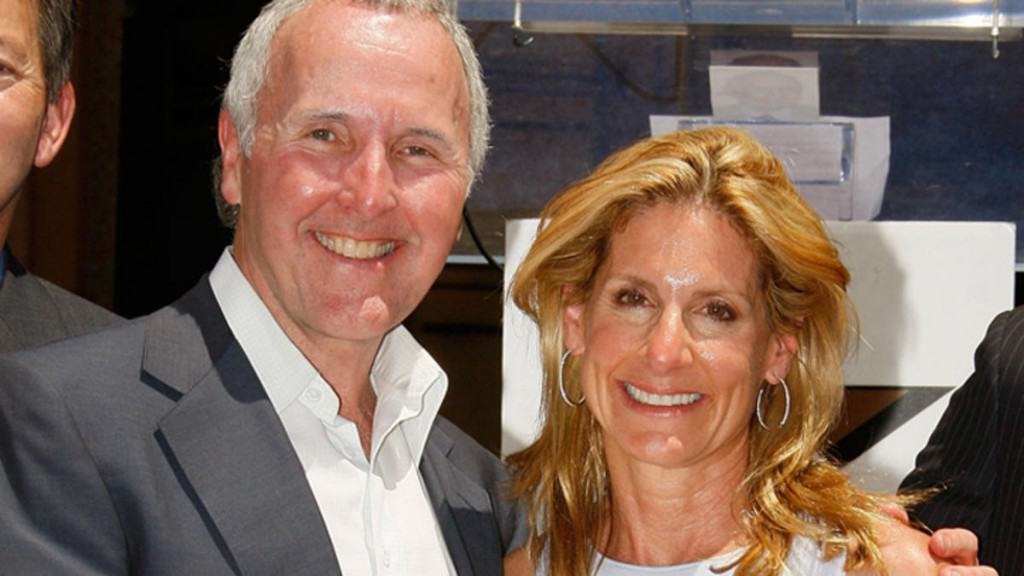 Frank McCourt spent 30 years of marriage with his then wife Jamie when in 2009 they decided to divorce. Having spent much of his life acquiring a good deal of wealth from real estate development, the messy divorce was always going to be rather expensive. Eventually, Jamie was awarded a settlement of $131 million although she had to abandon her stake in the LA Dodgers. This turned out to be an unwise move as the team was later sold for $2.1 billion. 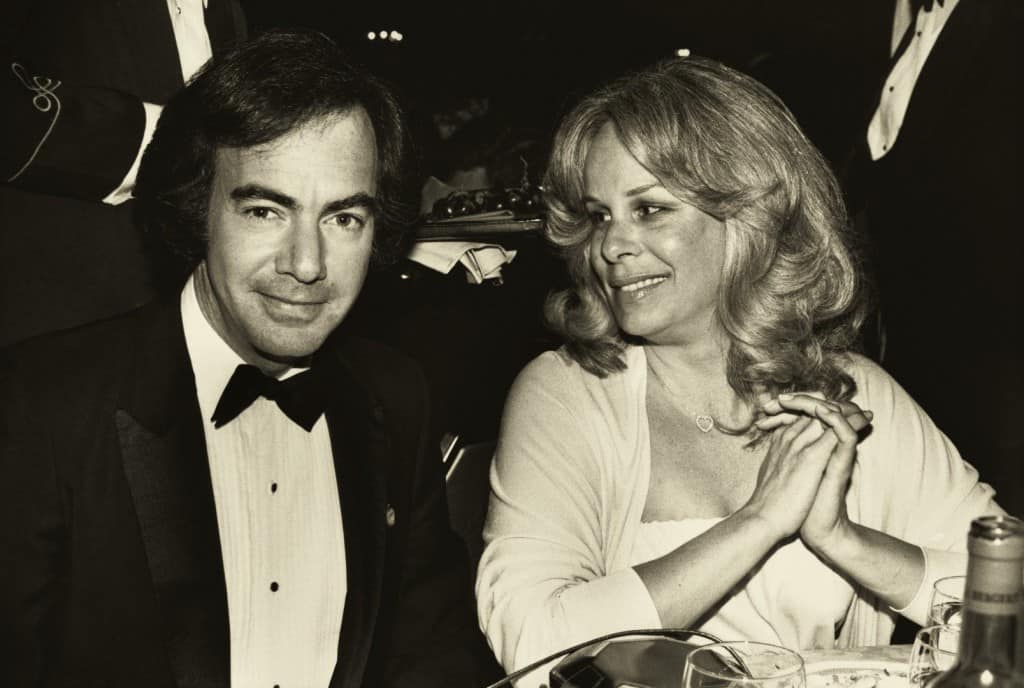 Although they had been married for 25 years, rumors of Neil Diamond being unfaithful to Marcia Murphey had constantly dogged the relationship. Eventually Marcia filed for divorce citing the ever popular “irreconcilable differences” in the court documents. The proceedings were finalized in 1994 and Marcia was given a settlement of $150 million. 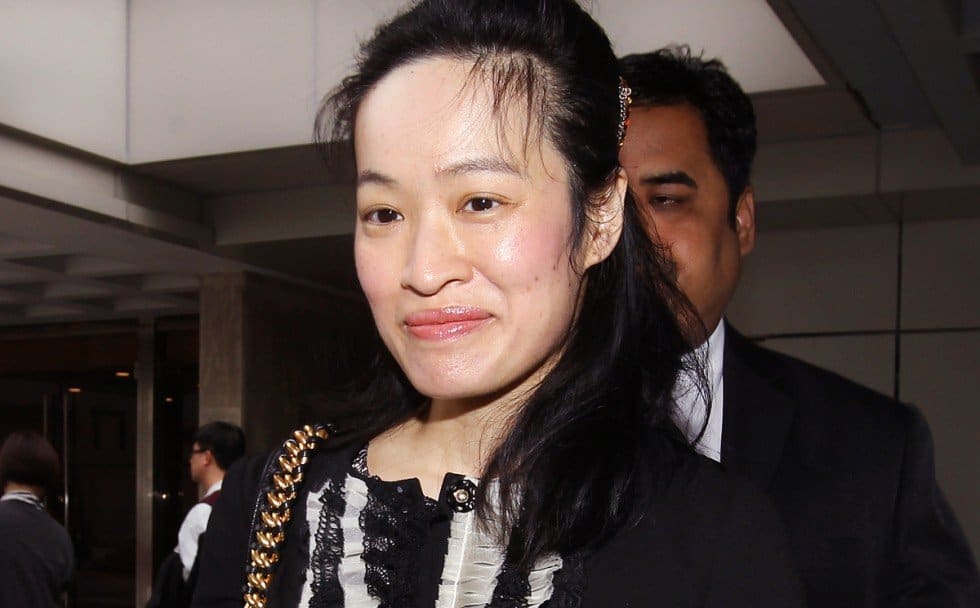 Hong Kong has a reputation in Asia as being particularly lucrative for divorces thanks to laws and courts that are willing to award millions in settlements. The largest ever in the region came when Florence Tsang Chiu-wing filed for divorce after her husband, Samathur Li Kin-kan, asked her to have an abortion and had allegedly had multiple affairs. In the end, Florence received $154 million. 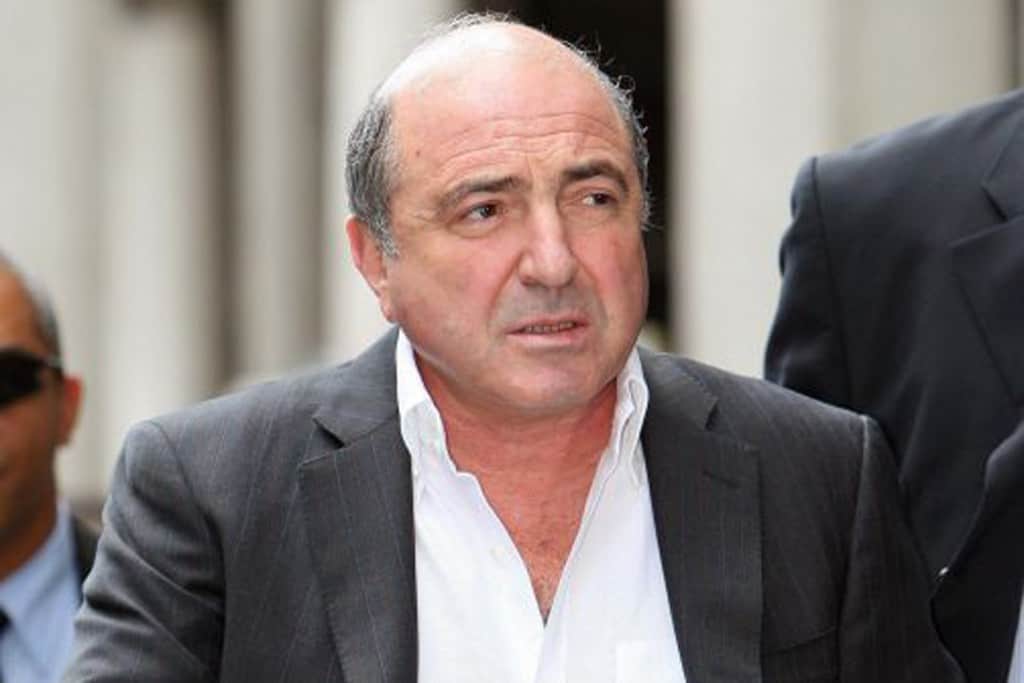 The divorce of Boris Berezovsky and Galina Besharova was the costliest one in the history of the United Kingdom. The Russian oligarch had been living in the UK for several years after fleeing Russia following a crackdown by Vladimir Putin. The $163 million that Galina was paid was roughly 20% of the total fortune owned by Boris. 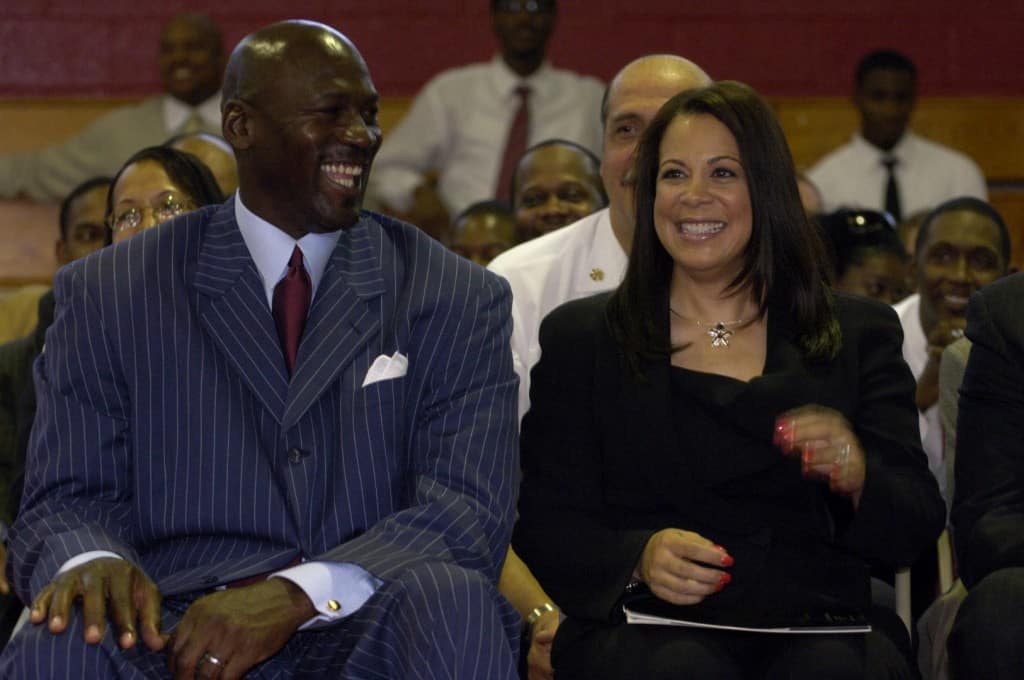 Sports stars can become some of the richest people in society thanks to handsomely paid contracts and large sponsorship deals. As one of the most famous athletes of the 1990’s, Michael Jordan was able to accumulate plenty of wealth during his career. In 2008, him and his wife Juanita finally divorced after a tumultuous 16 year relationship that had almost ended in them splitting up several times. Juanita won custody of the children in addition to the $168 million settlement. 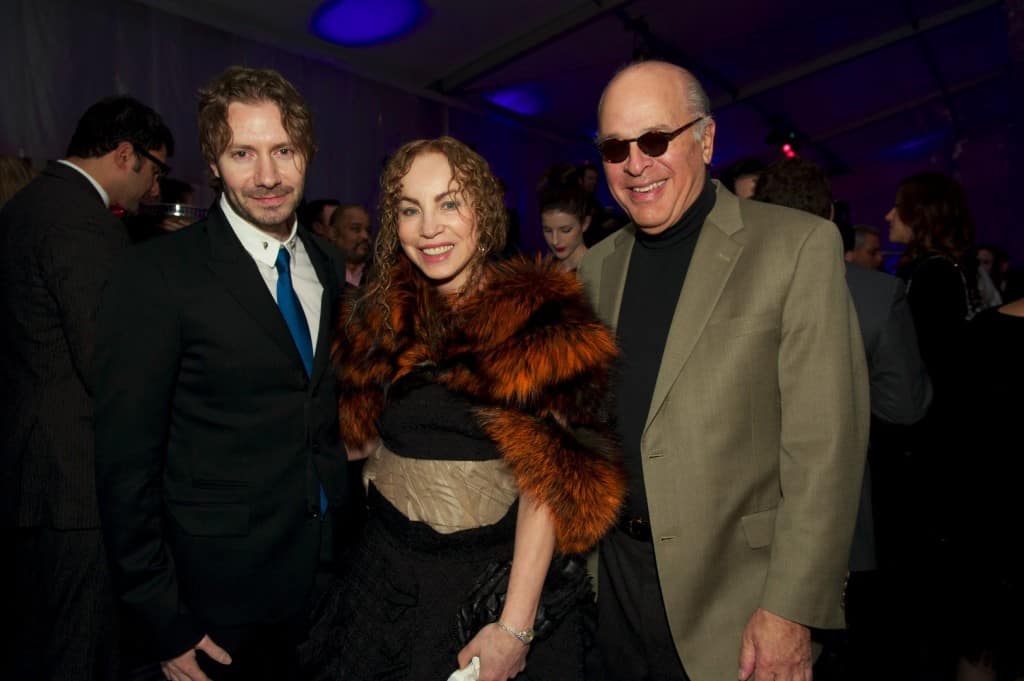 After moving from the Ukraine in 1976 with just $500 with his wife Maya, Michael Polsky was able to build up a personal fortune of $368 million following successful ventures in several energy firms. After selling each of the various businesses for hundreds of millions of dollars, the Ukrainian was sufficiently wealthy that a divorce in 2003 cost him half of his estate, with Maya settling the separation for $184 million. 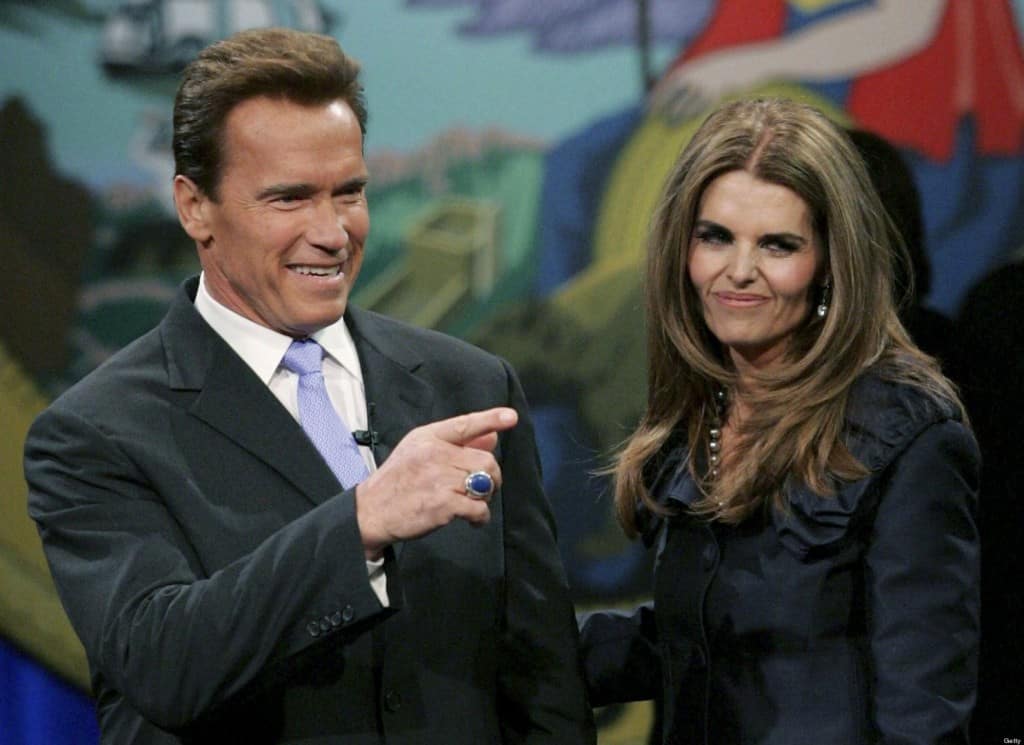 Arnold Schwarzenegger, like many Hollywood movie stars, went through a rather public divorce when the fact that he had had a child with another woman surfaced. His wife of 25 years, Maria Shriver, quickly revealed that she was seeking to split from the Austrian and under California law she was entitled to half the wealth of Schwarzenegger. While the exact figures have never been revealed, estimates state that the settlement would have been at least $250 million and could have risen to as much as $375 million. 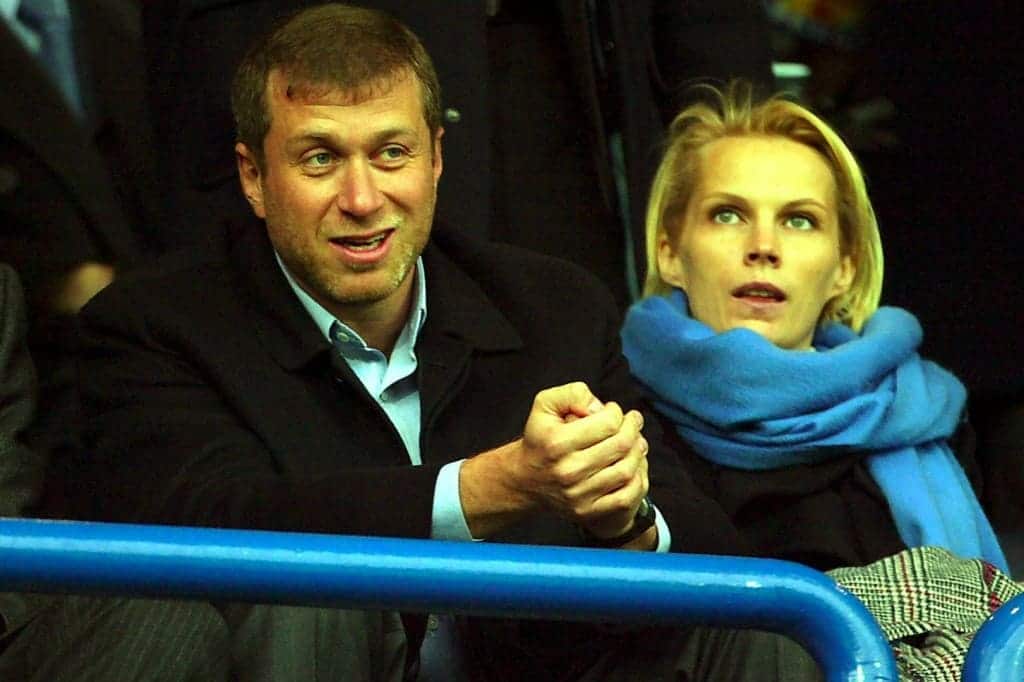 Roman Abramovich is one of the world’s richest men with an estimated net worth of over $9 billion. The Russian is probably best known for owning the English premier League side Chelsea F.C. but he also gained notoriety in 2007 when he and his then wife Irina Abramovich filed for divorce. Laws in his home country dictate a 50% split of all cash and assets in cases of divorce, prompting speculation that this could have been the most expensive separation ever. Irina though wasn’t interested in taking that much money and instead settled for $300 million. 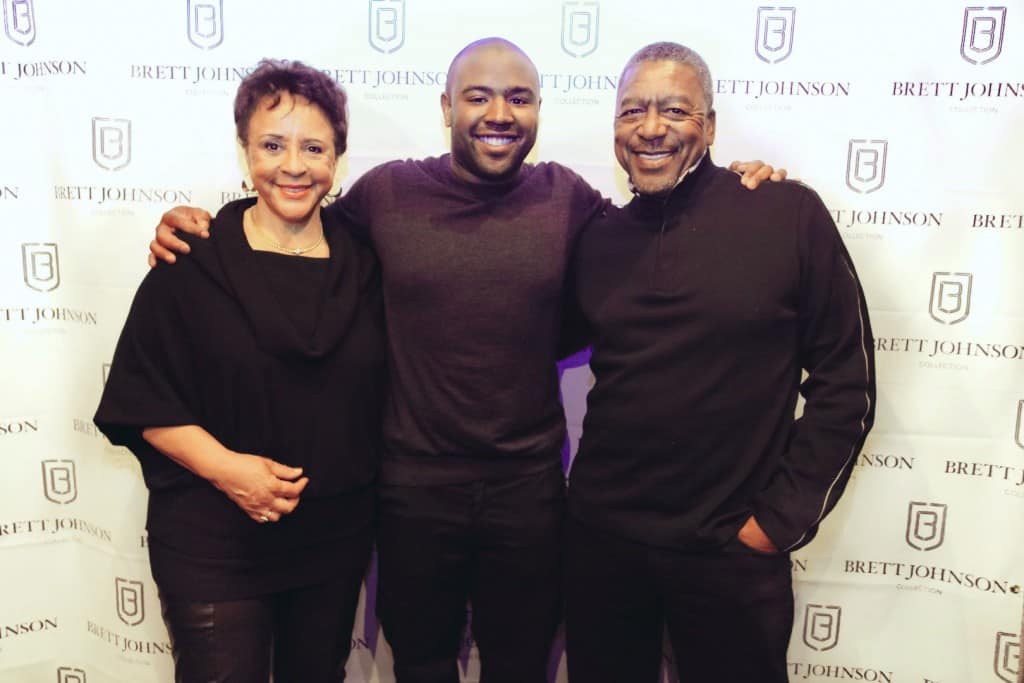 69-year old Robert L. Johnson became the first ever African-American billionaire after founding Black Entertainment Television and investing in various businesses. He married Sheila Johnson in 1969 and they spent 33 years as a couple before deciding to split up in 2002. Sheila was awarded a settlement of $400 million. Oddly, she would go on to marry the judge who presided over her divorce hearing, a man she had met 30 years earlier. 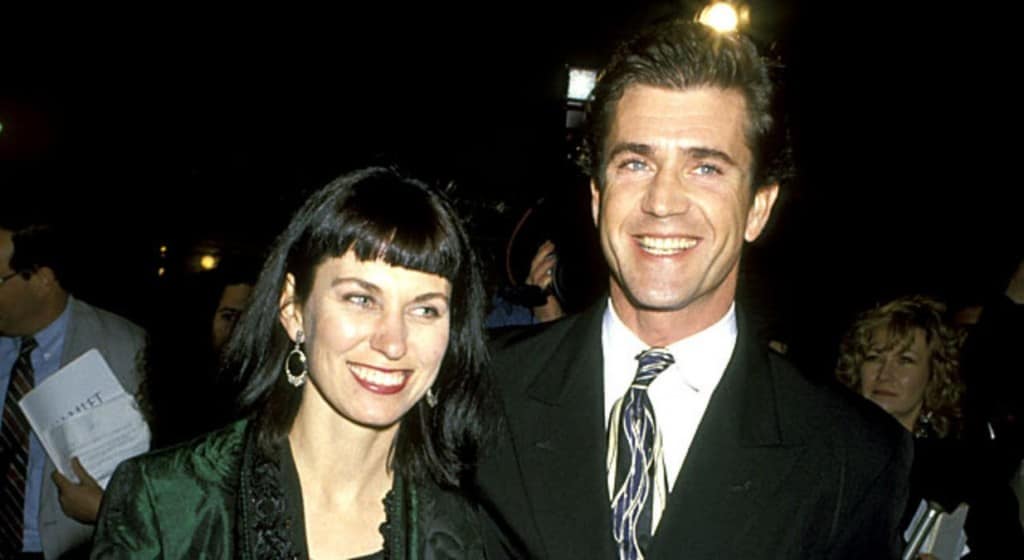 Mel Gibson was one of the biggest movie stars in the world following a spate of highly successful films such as Braveheart and Lethal Weapon. The last few years, though, have not been kind to the actor, with accusations of racism, homophobia, alcohol abuse, domestic violence and making antisemitic remarks. Things got even worse in 2009 when his wife Robyn decided to file for divorce after seeing images of the actor with Russian singer Oksana Grigorieva. She won a settlement of roughly half of Mel’s fortune, coming to an estimated $425 million. 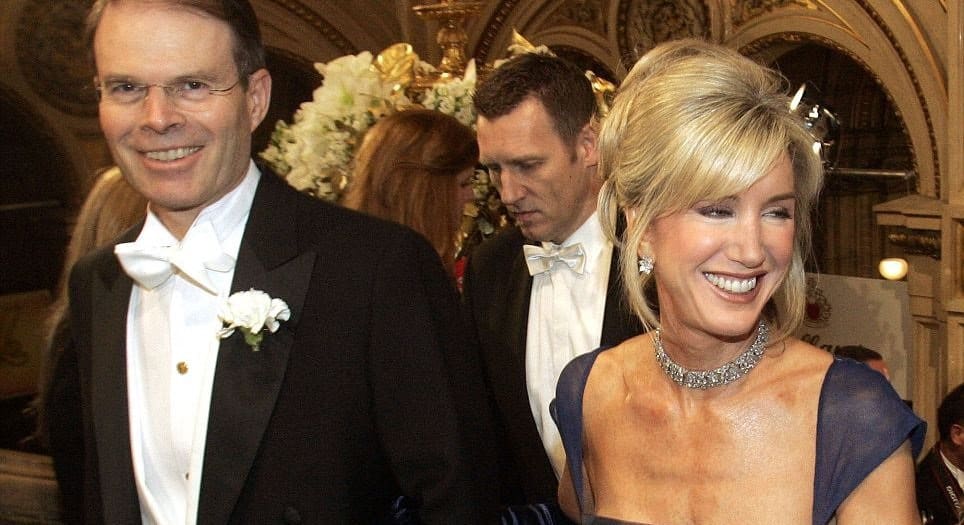 Craig and Wendy McCaw divorced in 1998 following a long time as a married couple, with Craig owning an estate worth billions of dollars following the sale of McCaw Cellular to AT&T. This meant that any settlement would likely run to outlandish sums. This was most definitely the case when a judge awarded Wendy a settlement of $400 million, making her one of the richest women in the United States. 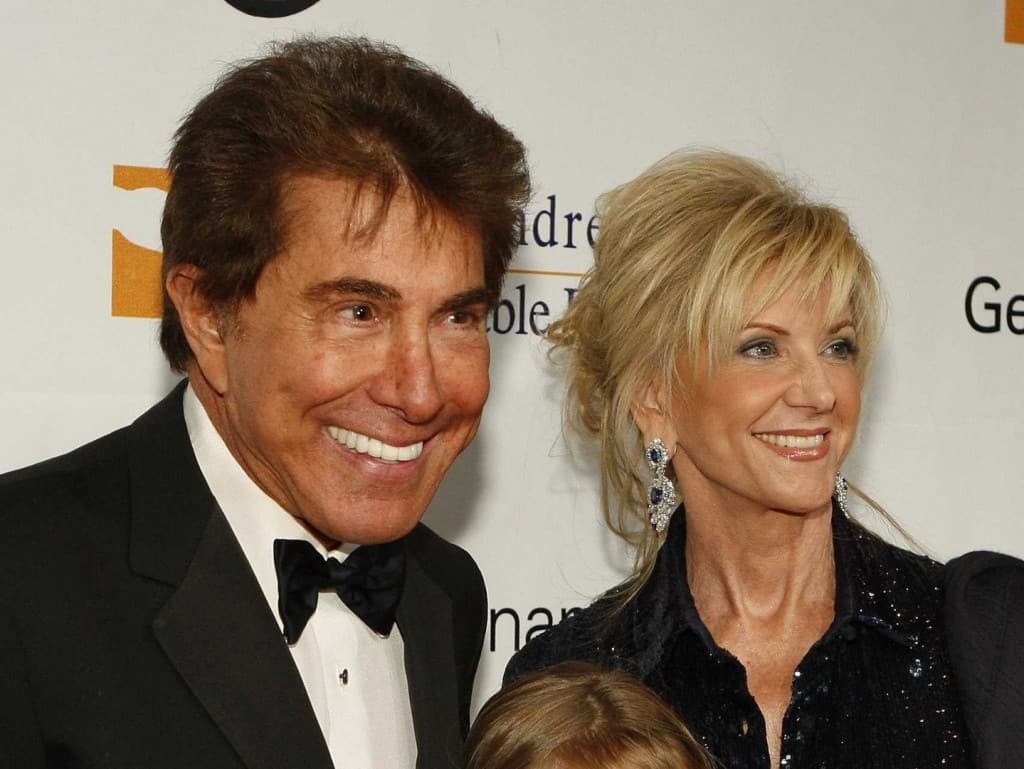 Steve Wynn built up his vast fortune through operating several casinos under the name of Wynn Resorts. He and his wife evidently had a rocky relationship, with sources stating the two had spent time apart throughout much of their marriage. When they finally decided to divorce, Elaine chose to have her settlement in stock of Wynn Resorts which at the time amounted to $741 million, although that value has since risen significantly. 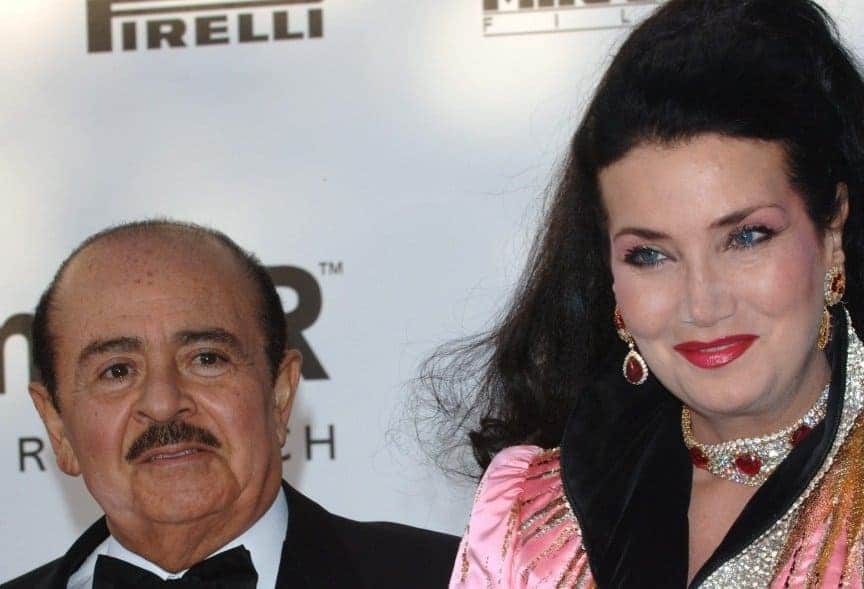 Adnan and Soraya Khashoggihad a particularly protracted divorce that wasn’t completely finalized for five years. In fact, Soraya eventually ended up having to sue her former husband in order to force through a settlement with the threat of a $2 billion lawsuit. Although the proceedings began in 1974, it took until 1979 for Adnan to arrange a settlement to the tune of $874 million. 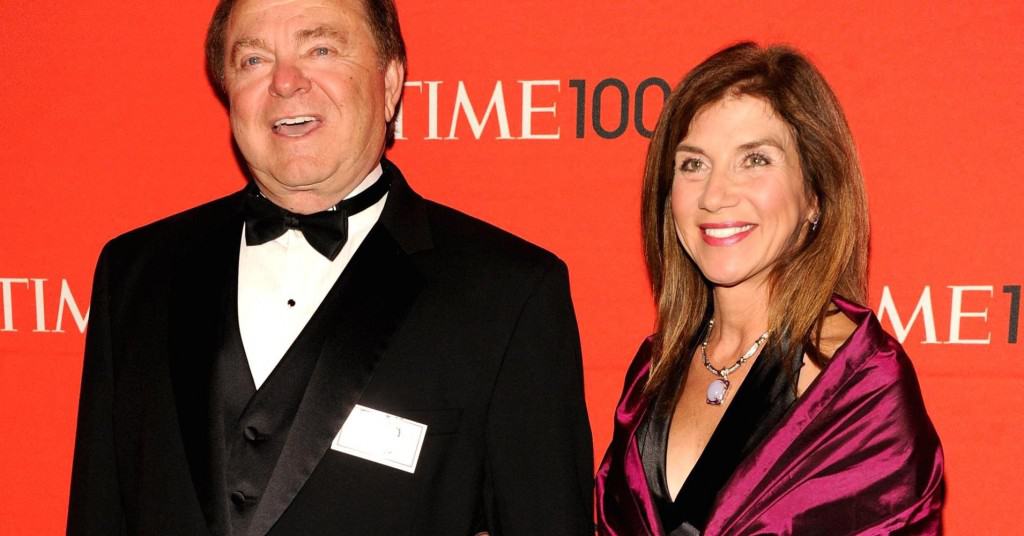 When news emerged that Harold Hamm and Sue Ann Hamm were to separate after 24 years of marriage, speculation immediately mounted that the billionaire didn’t have any sort of prenuptial agreement, meaning that his wife was entitled to half of his estate. Following a trial that lasted more than 10 weeks, the judge issues a ruling that saw Harold having to pay almost a billion dollars in a settlement that amounted to a lump sum of $323 million and a further $650 million in installments over the coming years. 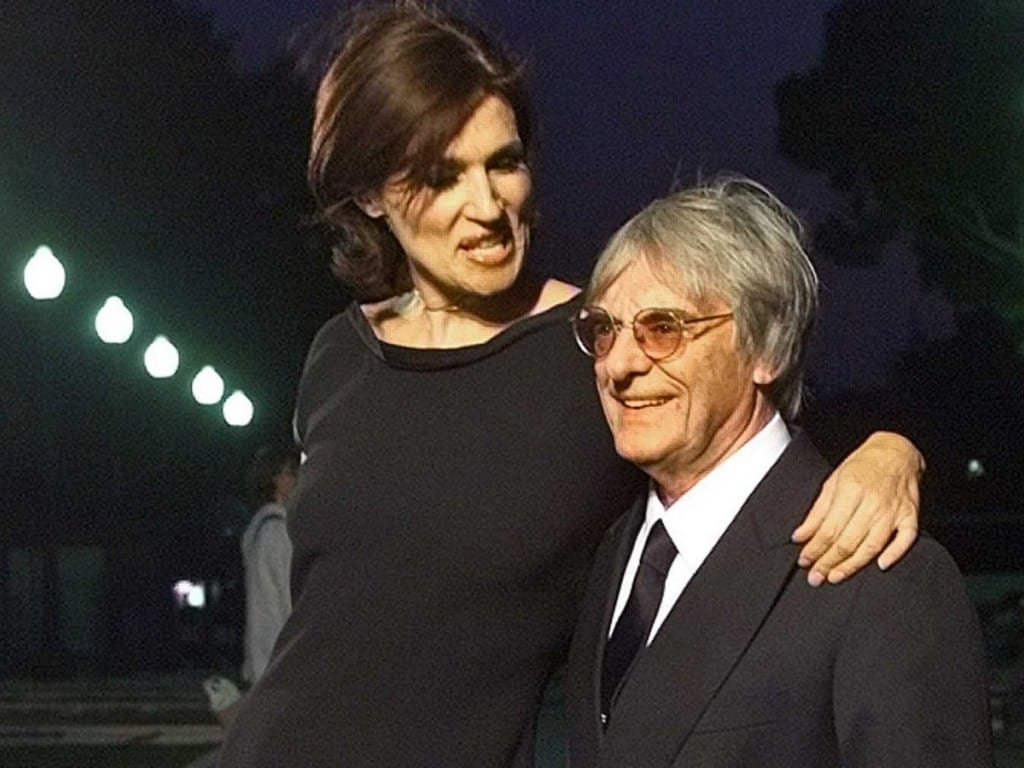 Bernie Ecclestone has had a number of high-profile relationships throughout his career as head of Formula 1, a sport that he has managed to keep an iron grip on for decades. His last marriage to British-Croatian model Slavica Ecclestone ended in 2009. With an estimated net worth of more than $4 billion, experts expected the divorce to be one of the biggest ever recorded. They weren’t disappointed when 57-year-old was given a settlement of £740 million, a figure that translates to around $1.1 billion. 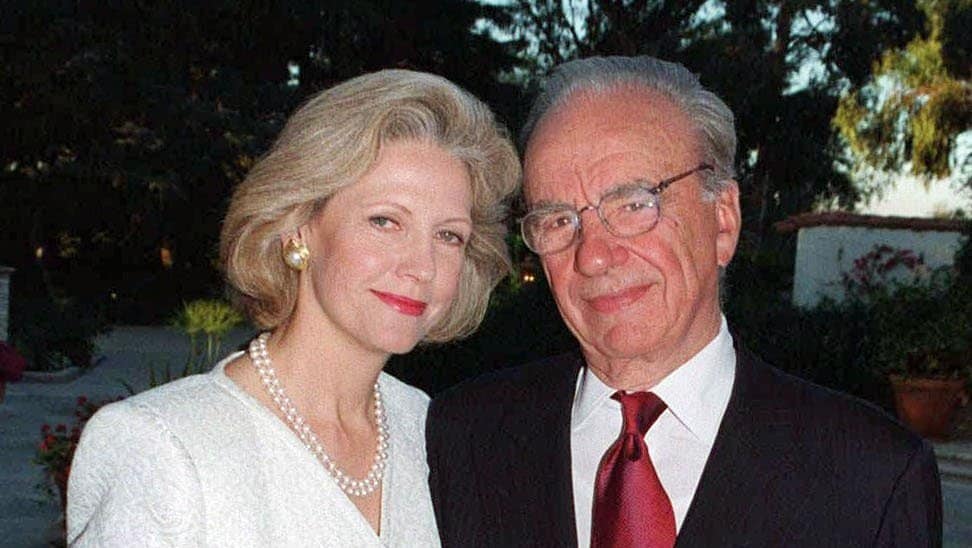 Rupert Murdoch has been married three times in total and each of those relationships has ended in divorce. Although each marriage has lasted for varying amounts of time, by far his longest was with Anna Murdoch. The 32-year long relationship ended in 1999 and the former journalist and author was given a settlement that amounted to $100 million in cash and more than $1.5 billion in assets from various companies that Rupert owns around the world. Although it is believed that Anna set aside the $1.5 billion in a trust for their children. 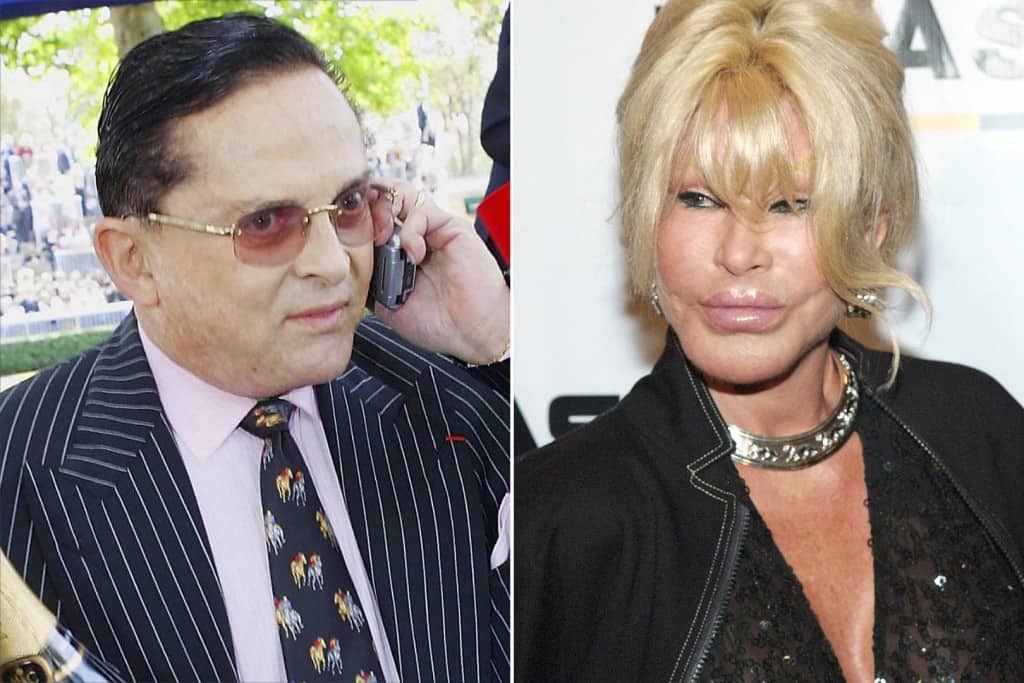 The divorce between Alec and Jocelyn Wildenstein was an incredibly turbulent process. Journalists described the testimony as scandalous, the judge presiding over the trial received death threats while the outrageous spending of both Alec and Jocelyn was revealed in detail. The divorce was filed after Jocelyn allegedly walked in on her husband while he was in bed with a 19-year-old Russian model. The judge awarded her a settlement of $2.5 billion. 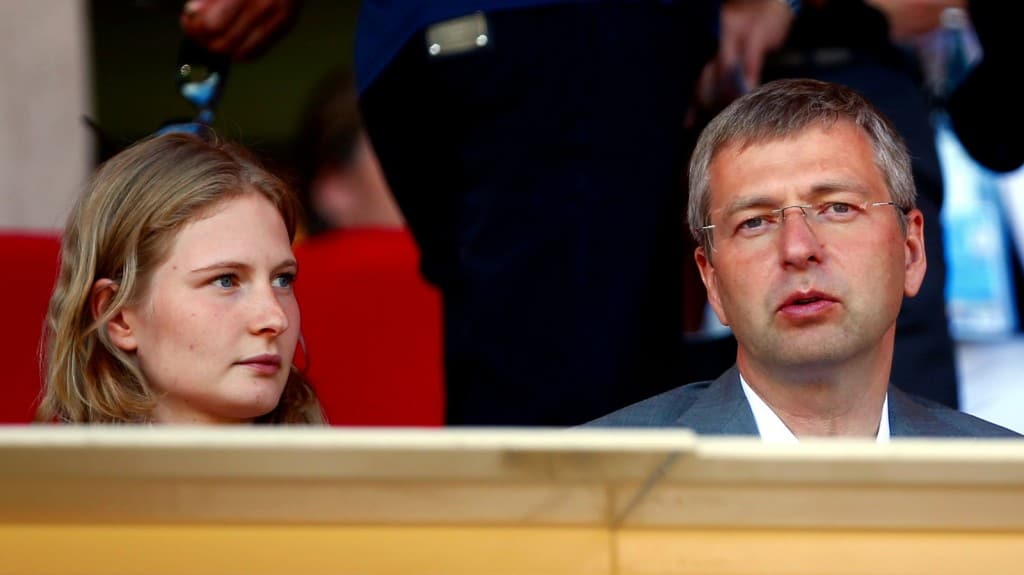 After 26 years of marriage, Dmitry Rybolovlev and Elena Rybolovelva divorced in 2012. However, agreement about exactly how much a settlement should be could never be made, with Elena repeatedly turning down offers from the Russian billionaire. Following a lengthy trial in Switzerland the court ordered Dmitry to pay his ex-wife $4.5 billion in cash and assets. The separation is still mired in legal troubles though and an appeal in June, 2015 meant that the final fee was reduced significantly. Though this likely is not the end of the matter.