20 Breakfast Cereals We Wish Were Still Around 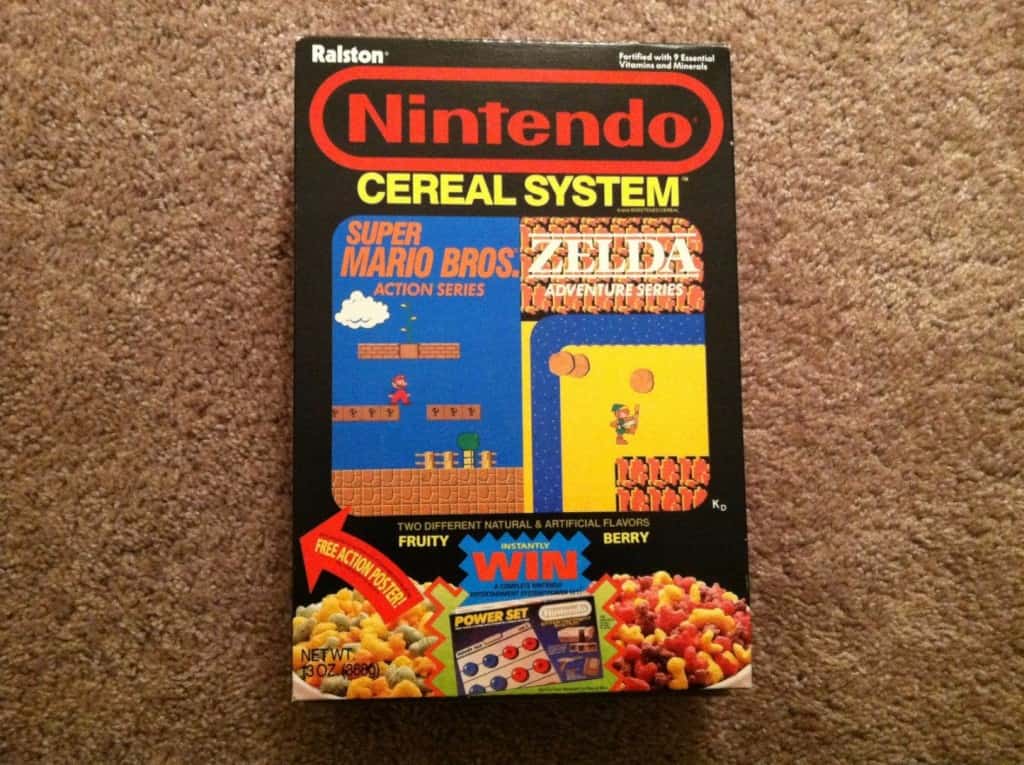 Nintendo was everywhere in the late 80’s, even at your breakfast table. Obsessive Nintendo fans could enjoy Super Mario or Legend of Zelda themed morsels in the same box, along with a host of Nintendo-themed prizes and giveaways. It was more than a cereal box. It was a cereal system. 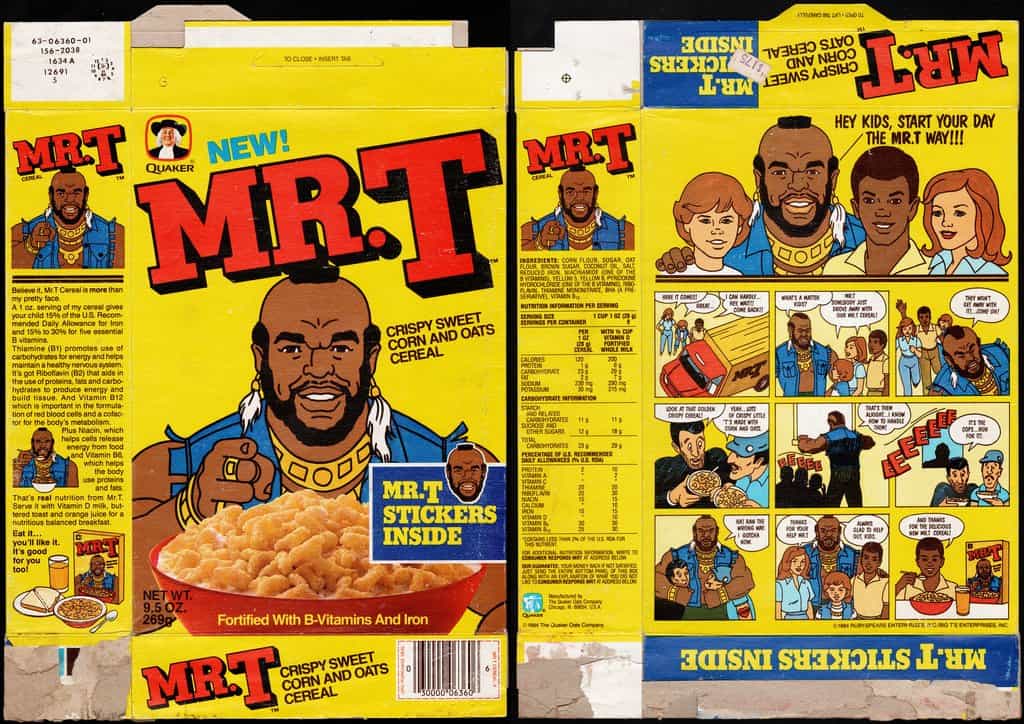 Mr. T was a hero to many children in the early 1980’s. He was the star of a hit TV show, appeared in cartoons and comics, put out numerous PSA’s about the dangers of drugs and alcohol—is it any wonder he got his own breakfast cereal, too? 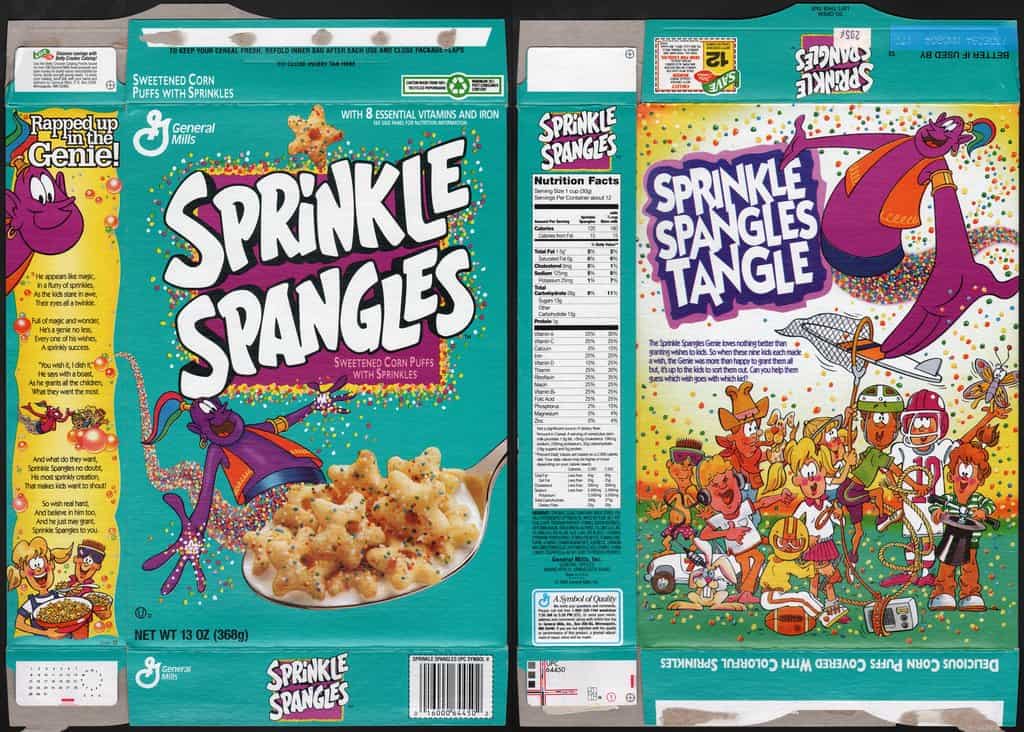 Seventeen years after General Mills discontinued it, some of us still wake up in a cold sweat with a craving for that beloved mixture of sprinkles and sweetened corn puffs known as Sprinkle Spangles. It’s a craving we may never again get to satiate, leaving us with mere memories of that purple genie and his sickeningly sweet morsels of pure childhood joy. 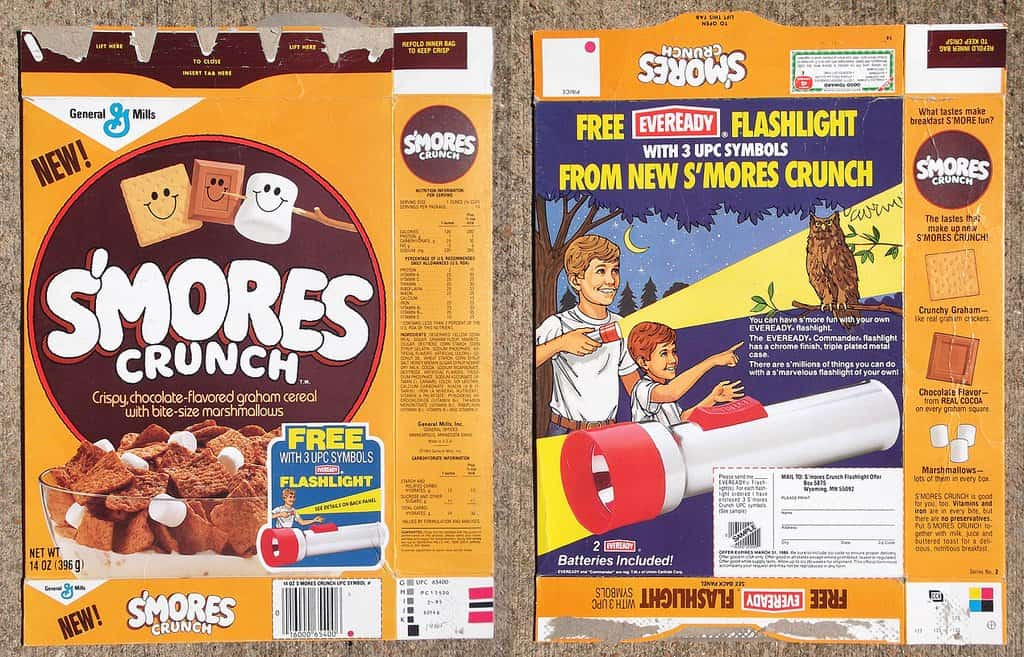 What kid doesn’t want chocolate and marshmallows in their breakfast? Sadly, the closest thing us adults get to our beloved S’mores Crunch is a flavor variety of Kellogg’s health-food cereal Krave. It’s just not the same.