Winning the lottery is not always as glamorous as it might seem. There are handfuls of people who have ultimately been cursed by their good fortune. In some cases, these winners simply can’t stop spending their money. They assume the money will last forever, but before they realize it their friends, relatives and local business investors have drained away the new found fortune. In other cases, the lottery winnings attract violence and betrayal, where third parties plan on attacking the lottery winner with the goal of robbery. Read on to learn about such stories and how good luck can quickly turn sour. 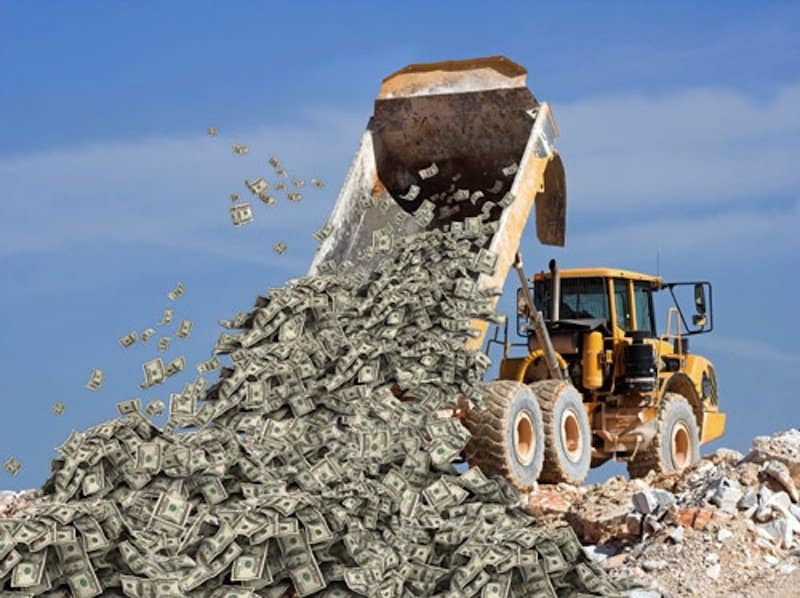 Basehore actually won the lotto twice within a five-month span. She won $3.9 million in 1985, then another $1.4 million, putting the odds at a whopping 1 in 15 trillion. She must have taken her luck for granted because 15 years later she became bankrupt from spending and giving too much away. She currently lives in a trailer park.

“Winning the lottery isn’t always what it’s cracked up to be. Everybody wanted my money. Everybody had their hand out”, she told Bankrate. 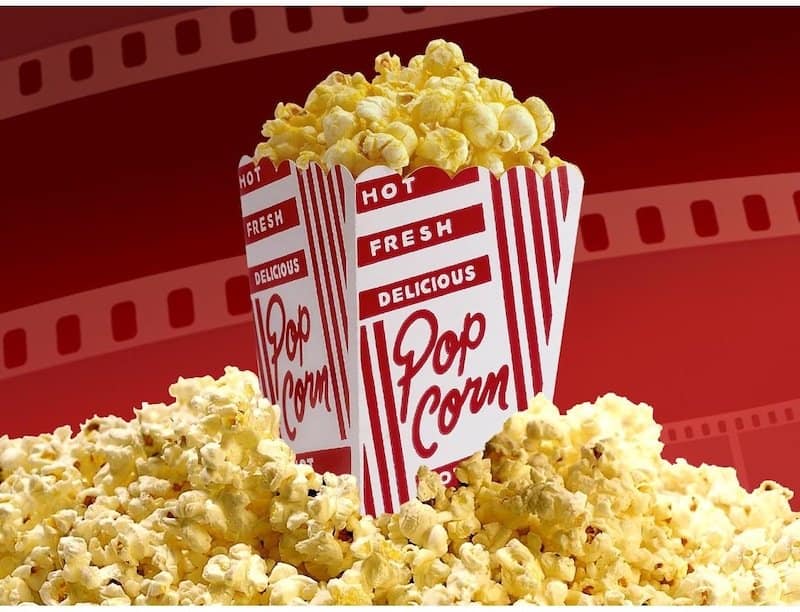 Dampier won $20 million in the 1996 Illinois lottery. He used the money on his family but also started a popcorn business. He was carrying on an affair with his sister-in-law, Victoria Jackson. Later in 2005, Victoria and her other boyfriend, Nathaniel Jackson (no relation), planned on robbing Dampier. Things got out of hand, and Nathaniel Jackson said to Victoria “Shoot him or I’ll shoot you”. The aftermath wasn’t all that forgiving for Dampier, as he wound up dead. 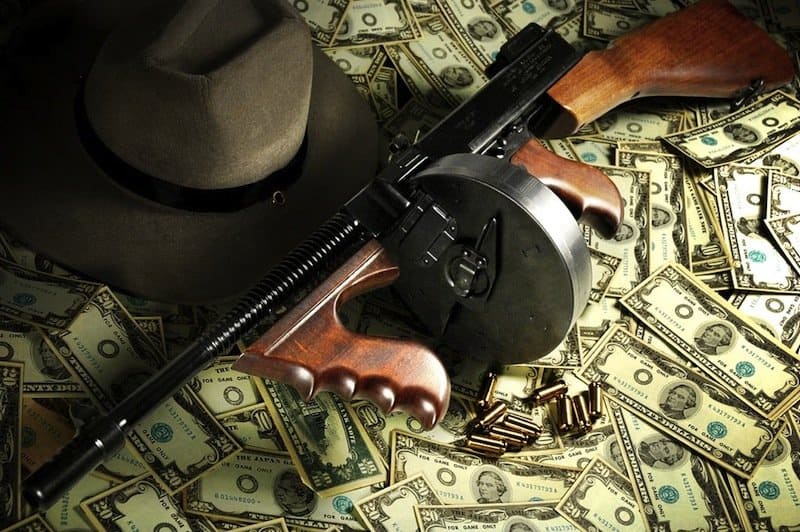 Linskey won about $14 million in 1991. The catch is that Linskey bought the ticket from a liquor store owned by mobster Whitey Bulger, a crazy man straight from some Hollywood gangster flick. Bulger decided to have a meeting with Linskey. Afterwards, Linskey was all to eager to claim that he bought the ticket alongside the mobster Bulger. Linskey probably forfeited about $7 million so he could keep his life. 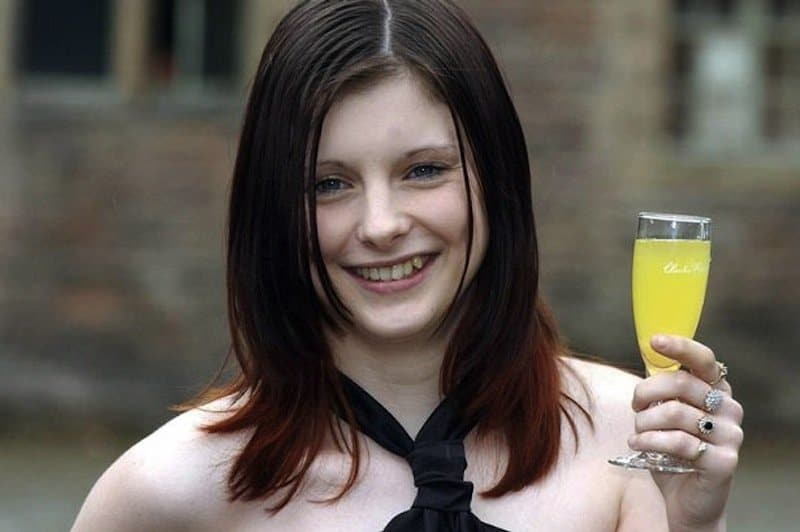 Back when she was about 16-years-old, Callie Rogers won the equivalent of $3 million over in Britain. Thankful for her good luck, she proceeded to shower her friends and loved ones with gifts, but she also spent much on partying, breast implants and clothing. Her fortune lasted about six years until she faced bankruptcy. She was forced to take up three cleaning-style jobs, and moved in with her mother. 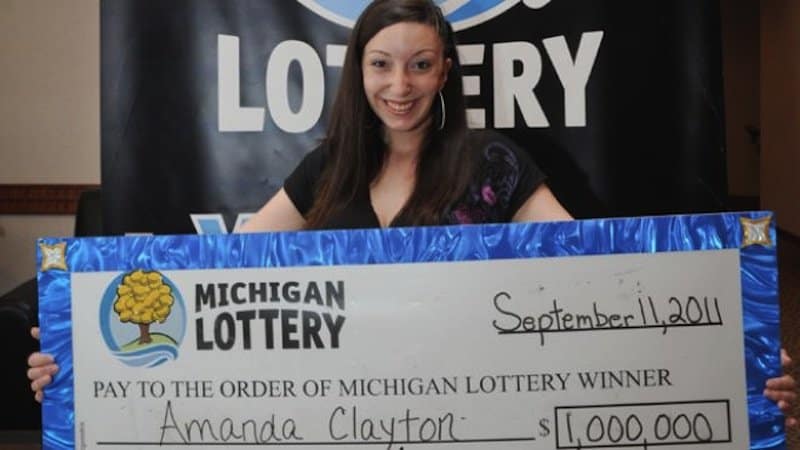 Clayton won $1 million in 2011 on the Michigan lottery show Make Me Rich! At the time, she was on Welfare, receiving about $200 each month. After winning, however, she let the checks keep coming for nearly a year. She eventually got caught and received two felony counts, the penalty requiring five years of jail time for each. She told ABC news that “I thought they would cut me off, but they didn’t, so I thought it was maybe okay because I wasn’t working”.

Be Careful When You Celebrate 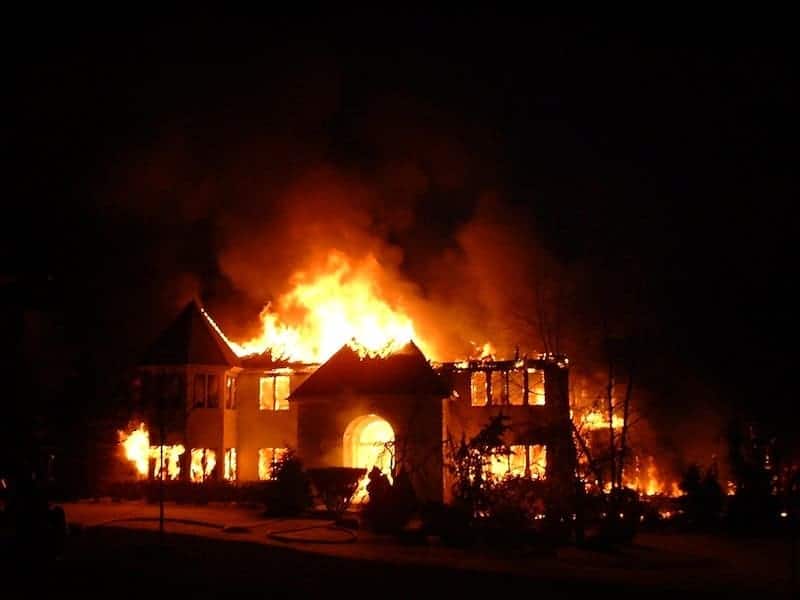 Back in 2013, a man who worked at a Sonic fast-food joint stopped and bought a scratch ticket one evening. He won $75,000, and to celebrate he bought some marijuana and methamphetamines. Later at home, he was reloading his lighter while foolishly standing next to a gas stove. The gas pilot caught, and his house exploded. The ironic thing was that once authorities arrived and put out the fire, there were enough drugs left over to put the man in jail. 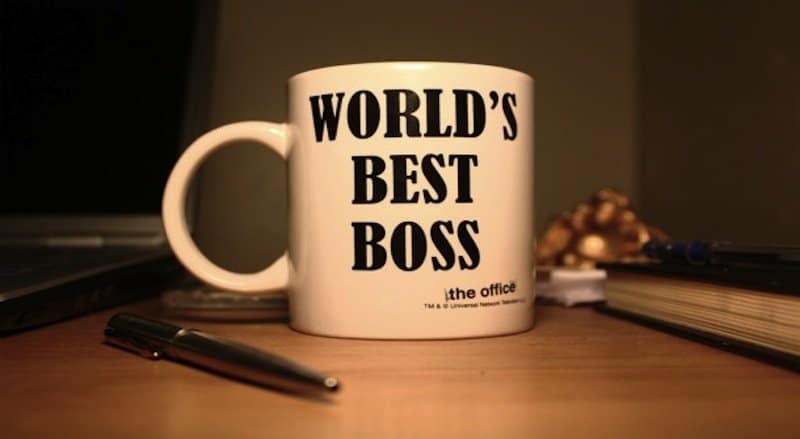 In 2010, illegal immigrant Jose Antonio Cua-Toc won $750,000. However, he was afraid to cash the ticket because he didn’t have a visa, so he asked his boss to do so, who was happy to oblige. Well, the boss cashed the ticket but later feigned ignorance. A lawsuit followed, which Cua-Toc won, but it proved costly and he was not left with much of the winnings. He was then given a choice since he was an illegal immigrant: leave voluntarily, or be deported. 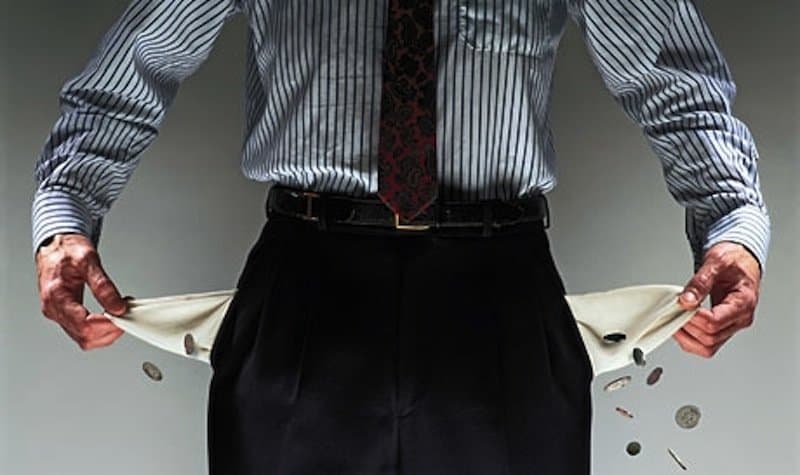 Post won $16.2 million in the Pennsylvania lottery in 1998. His brother soon hired a hit man to kill Post and his wife, but the hit was averted and the brother was arrested. He was constantly plagued by relatives and other businesses to provide investment money. He eventually declared bankruptcy, and in 2006, at the 66-years-old, died from respiratory failure. 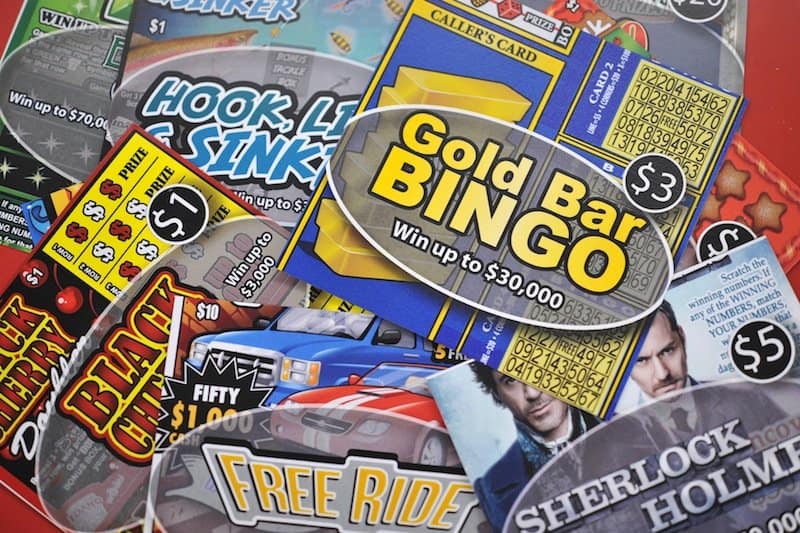 Timothy Elliot was diagnosed with schizophrenia after he was caught robbing a convenience store back in 2006. Since he was diagnosed with schizophrenia, he was put on probation instead of going to jail. One thing off-limits during his probation was gambling. But in 2007, he won $1 million on a state lotto ticket. The powers-that-be found out and arraigned him a couple days later, and he was forced to give up his winnings. Luckily, though, Elliot won in court and his winnings were reinstated. 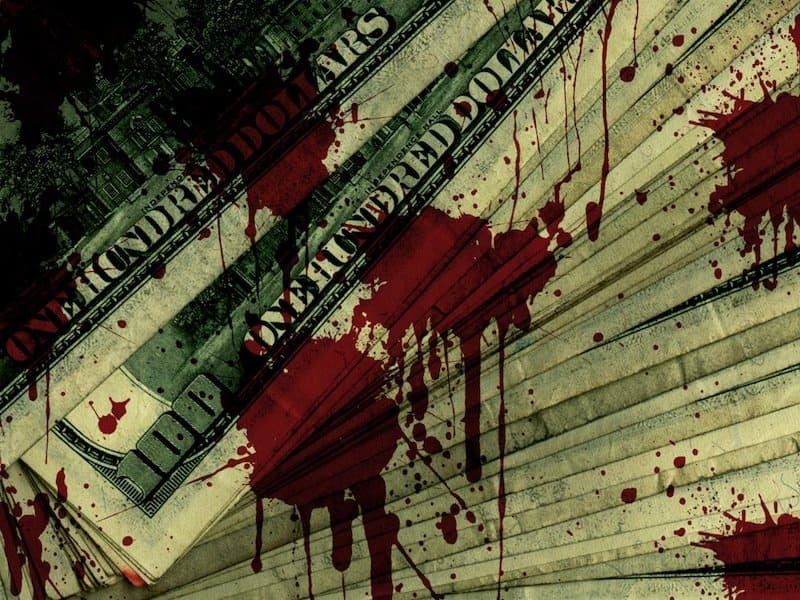 This is another case of ill-intent. In 2006, Shakespeare won $31 million in a Florida state jackpot. He proceeded to spend his fortune and disappeared around 2009. His dead body was found in 2010 under a concrete slab. A certain lady-friend had scammed him for about $2 million, and was believed partly responsible for his murder. 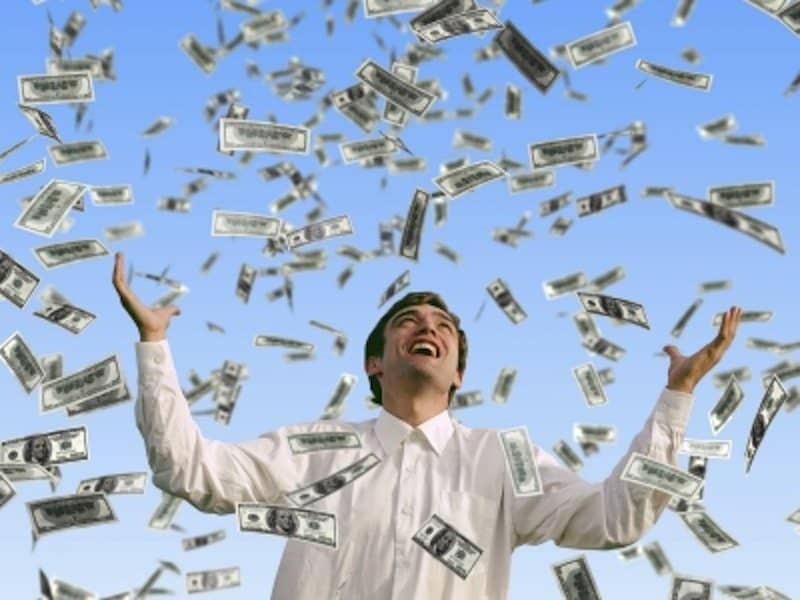 In 1997, Harrell won $31 million in a Texas jackpot. He spent his fortune lavishly, buying a ranch for himself and several homes for family members, and he donated much to a local church. But all those people kept taking advantage, and his generosity went overboard. The tensions destroyed his already failing marriage. About twenty months after winning the lottery, Harrell committed suicide. 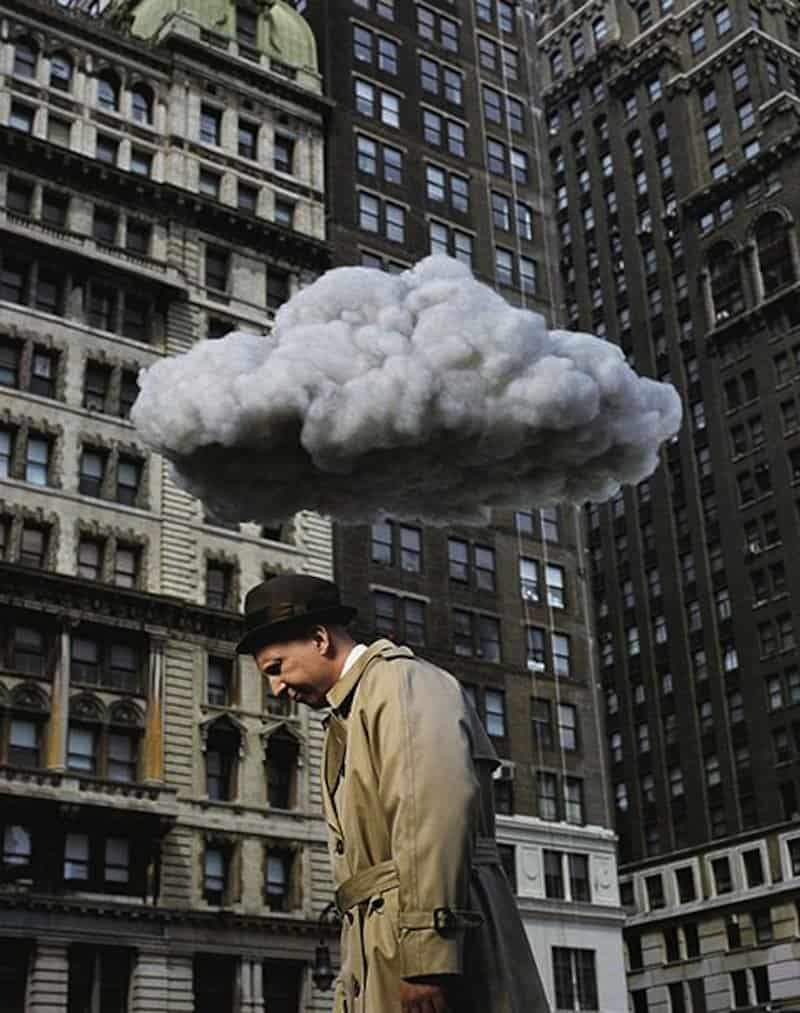 Whittaker was already a successful businessman when he won $314.9 million in 2002. Tragic events, however, soon followed. His cars were often broken into. Two club employees tried to spike his drink to rob him. His granddaughter’s boyfriend died from some overdose in Whittaker’s home, then later his granddaughter similarly died. A casino sued him for $1.5 million in bounced checks. He got a DUI. And then his daughter was found dead as well.

“I wish I’d torn that ticket up”, Whittaker once said. 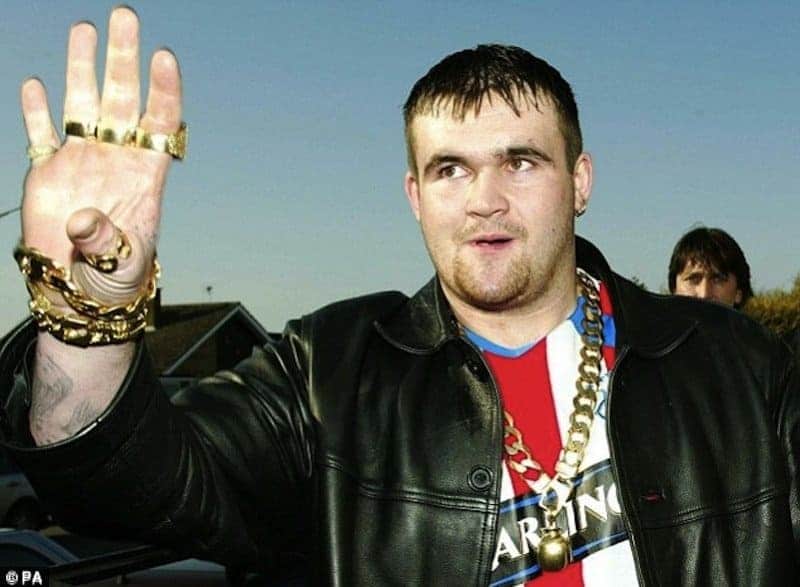 Carroll won the equivalent of $14.8 million in British pounds. Over the course of eight years, he spent it all on gambling, drugs and countless prostitutes. He was actually content after spending it all, and once told Daily Mail that “I haven’t got two pennies to rub together and that’s the way I like it. I find it easier to live off £42 dole than a million”. 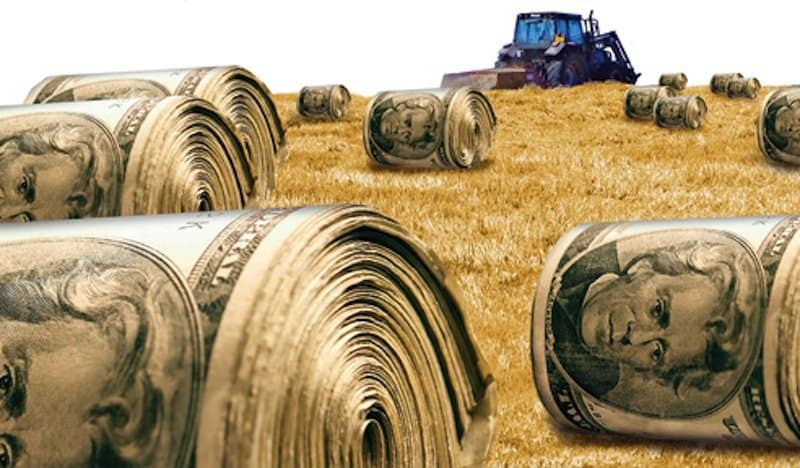 In 1996, a group of farmers from Roby, Texas, bought a total of 430 lotto tickets and then won $46 million. You would think the winnings would save the town, which was a failing cotton farm town. Unfortunately, most spent their money frivolously. Some made deals with brokers, who provided cash in lieu of future annual payments, and doing so reduced the winnings received by about a third. Today, Roby is an all but dead town. 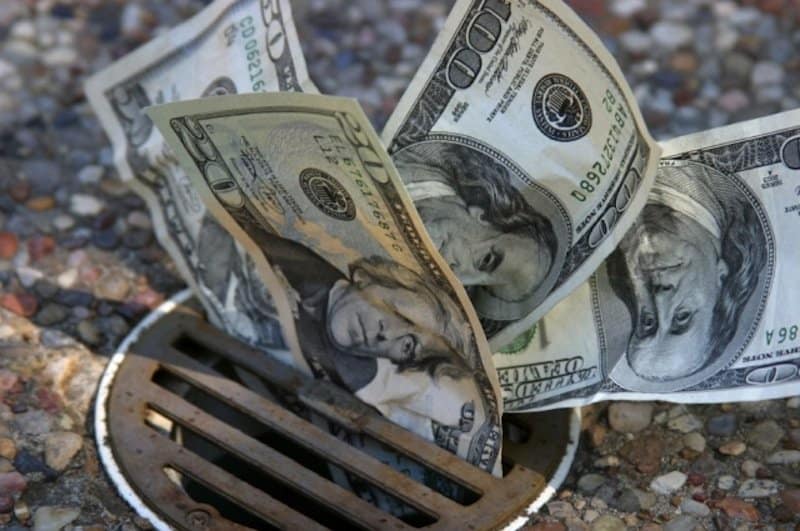 Originally a wig-shop owner, Lee won $18 million in 1993. Her compassionate side, however, got the better of her. She donated $1 million to Washington University. Around $277,000 went to Democrats, which bought her meals with Al Gore and Bill Clinton. She also suffered from gambling problems, once losing $347,000 in one year. Debt soon followed her bad habits, and she filed for bankruptcy in 2001.