13 Most Memorable Cars From Movies

Our nation has a long-running love affair with cars. Nowhere is that infatuation more evident than on the big screen. From silent films to the latest thrillers, cars are often characters of their own and contribute as much to the plot as the actors. Whether it’s a supped-up sports car worthy of a super hero, or a banged and tattered family station wagon, these are the 13 most memorable automobiles from the silver screen. Buckle up for a drive down memory lane. 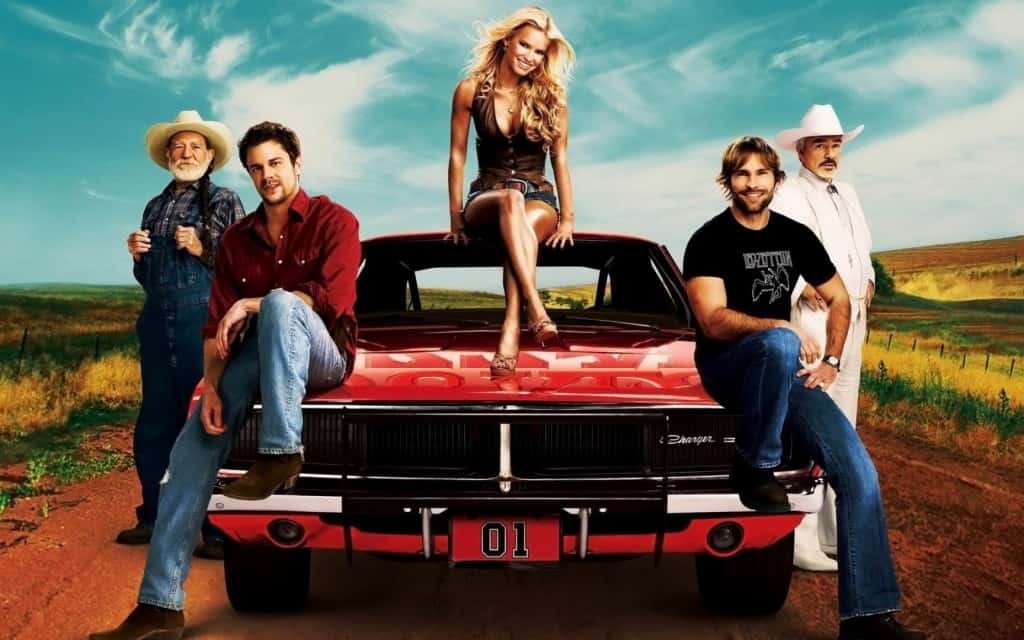 Not even a fit Jessica Simpson in Daisy Duke’s could have made Beau and Luke Duke’s orange 1969 Dodge Charger any hotter. Though the jumping, flying, barn-busting car first become popular in the Dukes of Hazard television series, the movie brought it to a whole new audience. 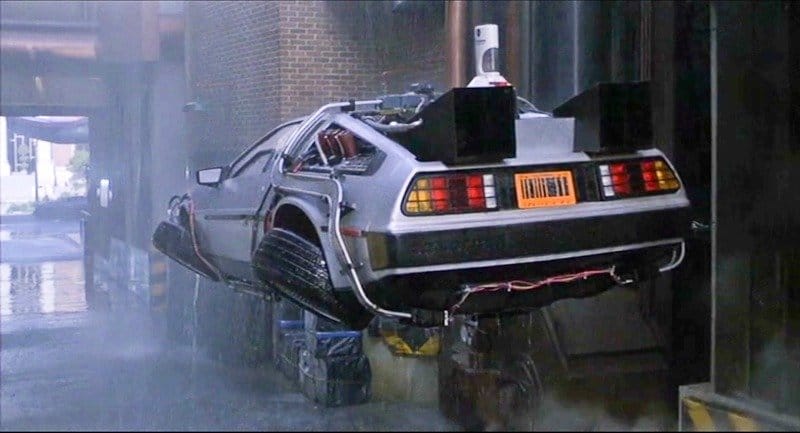 Thanks to Marty and Doc Brown, everyone knows that you can only travel through time in a supped up DeLorean. Over the course of three movies, the iconic Back To The Future time machine relied on 1.21 jigowatts of power and a flux capacitor to travel from 1985 to 2015 to 1885 and back again. 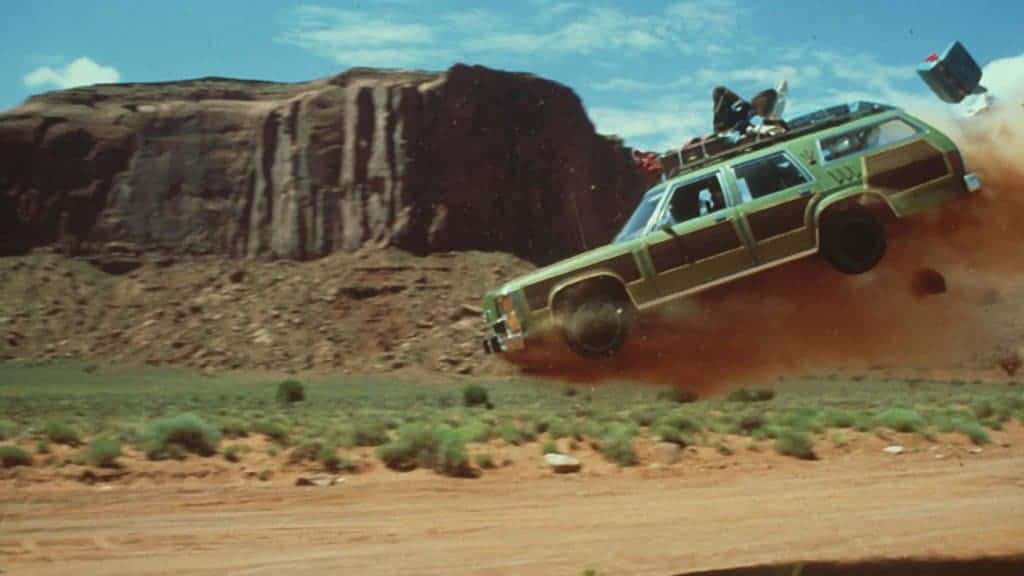 It may not have been the fancy new car he ordered, but the Wagon Queen Family Truckster helped Clark Griswold survive the worst family road trip ever in National Lampoon’s Vacation. From being tagged by vandals to having dead Aunt Edna strapped to the top, this car took a beating but kept on going.

Taking a 1961 Ferrari 250 GT California Spyder out for a spin is just one of the adventures Ferris and his friends get into in Ferris Bueller’s Day Off. But, when they realize the classic car has 100 extra miles on it, they go to extreme measure to take roll back the odometer. Here’s a hint, putting a car in reverse doesn’t magically erase the miles. 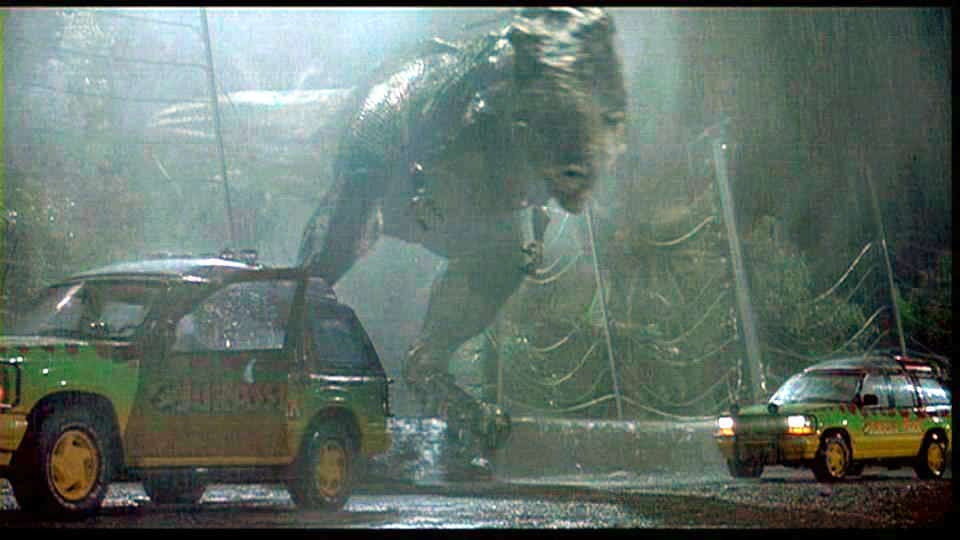 These brightly painted Ford Explorers came with panoramic glass roofs, self-driving capabilities and state-of-the-art information systems. Plus they were handy spots to hide from out-of-control dinos and held up remarkably well to getting tossed around by a T-Rex. 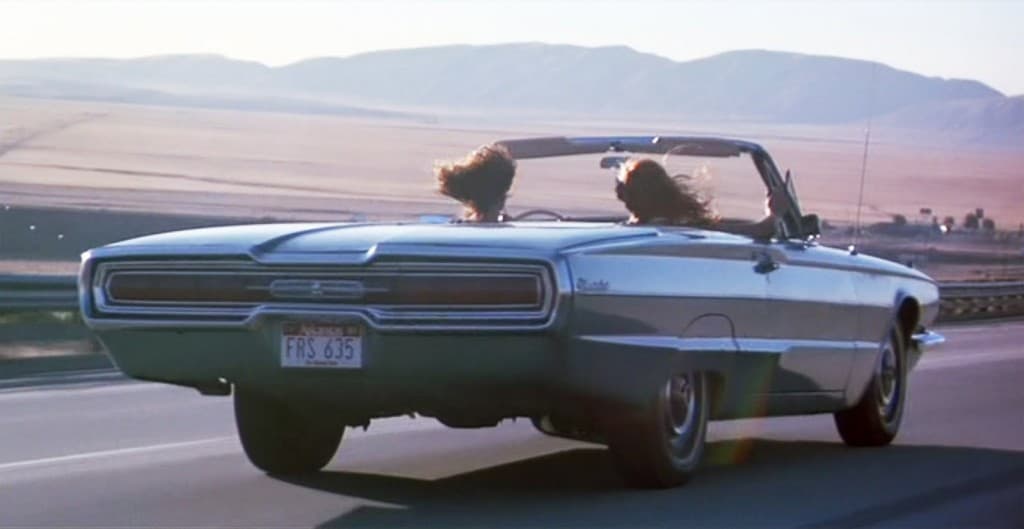 In what was supposed to be a two-day road trip, Thelma and Louise set off in a 1966 Ford Thunderbird convertible. Over the course of the movie, the girls leave a wake of death and destruction, eventually driving the beautiful baby blue car over the edge of the Grand Canyon.

Headed to a bachelor party in Vegas, three friends and an awkward tag-along set out in a pristine 1969 Mercedes Benz Cabriolet convertible. Throughout The Hangover the Wolfpack manages to lose and crash the car, but the real damage is done when they shove a tiger in the backseat. 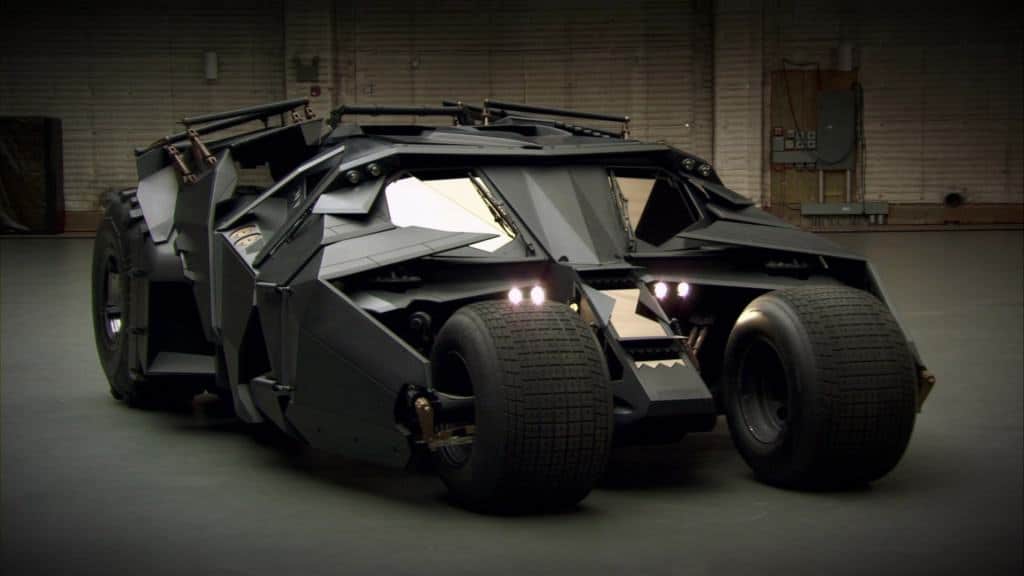 Honestly, any of the Batmobiles could have made this list. But, the Tumbler stands out from them all with it’s dramatically different, tank-like look. From The Dark Knight, this version of the caped crusader’s car featured machine guns, a rocket launcher, stealth mode and a detachable motorcycle. 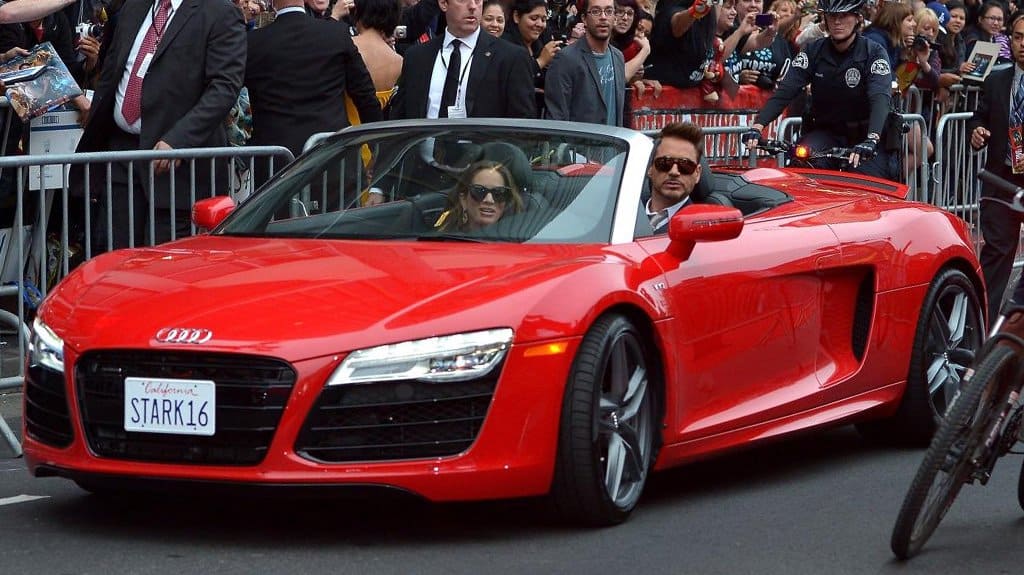 In a genius bit of product placement, Iron Man 3’s Tony Stark drives red 2014 Audi R8 that makes us all want to head to the dealership. True to his clean-energy loving ways, the billionaire playboy philanthropist goes for the all electric, e-tron version of the extravagant sports car. 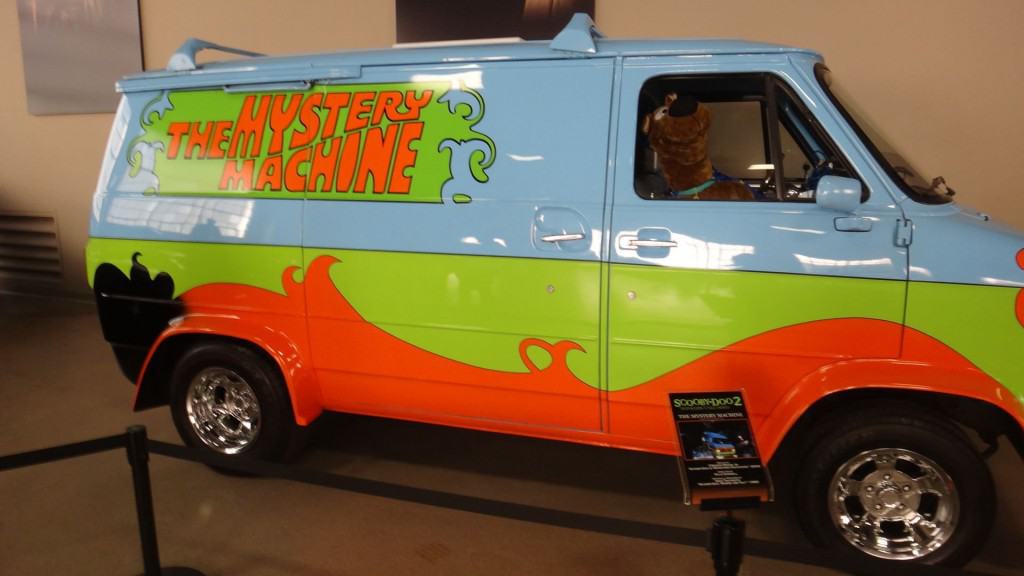 It may not have any fancy gadgets or cool upgrades, but Mystery Machine has a psychedelic paint job that any hippie or flower child would love. Plus, how would Scooby Doo and the gang solve all those mysteries without their trusty van. 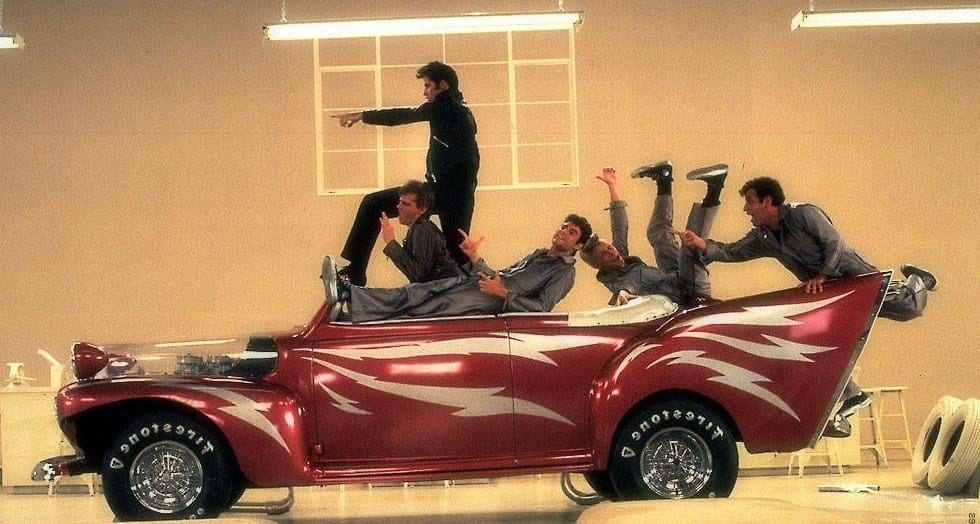 There are actually two versions of this classic movie car. Though both are 1948 Ford De Luxes, the one that appears in most of the film as the T-birds get it ready for the big race is white. The red version pops up in the grand finale as the cast sings and dances around it. We assume both are automatic, systematic and hydromatic. 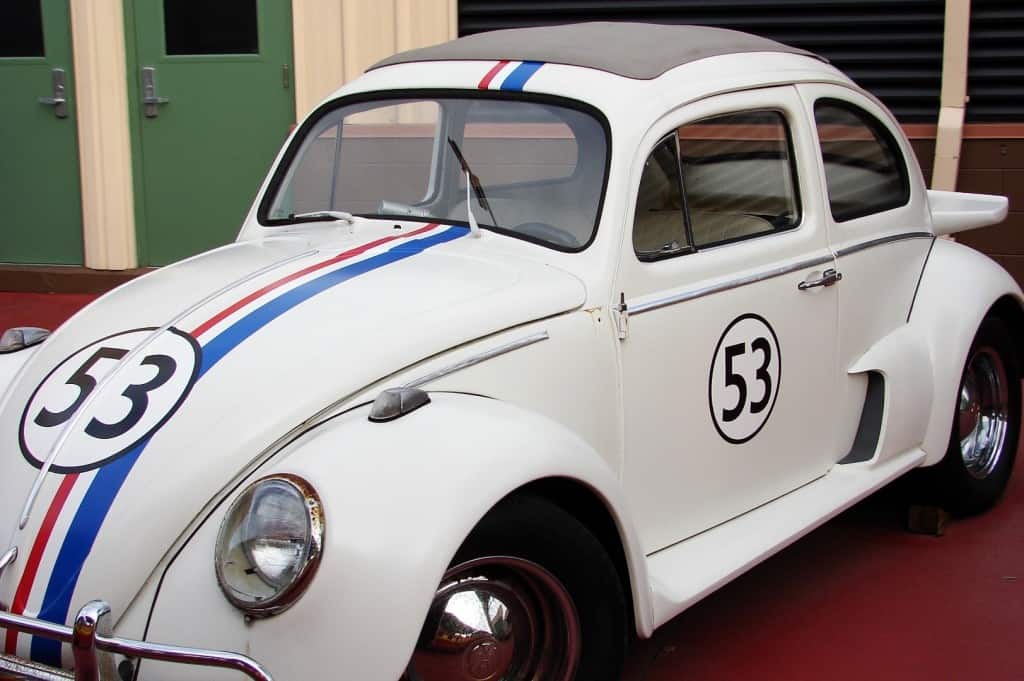 1968’s The Love Bug helped to skyrocket the popularity of Beetles. Since then the movie has been remade three times, with the latest version featuring a young Lindsay Lohan. But, in every remake the real star is Herbie, an autonomous, self-driving racer. 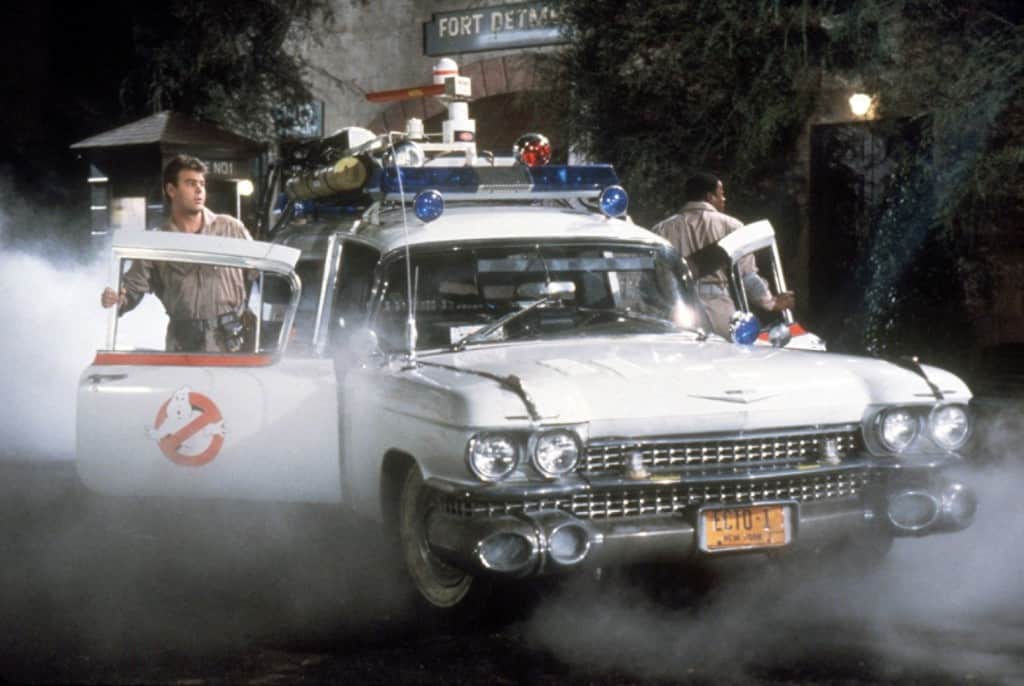 The beat up ambulance cost the Ghostbusters just $4,800 and, according to Ray only had to repair the suspension, shocks, brakes, pads, lining, steering box, transmission, rear end, rings, muffler and wiring. But, how else would they have transported their proton packs around New York City?