You have likely heard the idle question “If you could have one superpower, what would it be?” Most of us will pick things like the ability to fly, invisibility, super strength or super healing. There’s a plethora of awesome superpowers to choose from, but unfortunately the characters on this list had bad luck in the superpower lottery. You won’t be jealous of their abilities, and you will likely end up scratching your head once you read about them. These characters won’t be joining the X-Men, Avengers or the Justice League anytime soon, so don’t keep your fingers crossed. 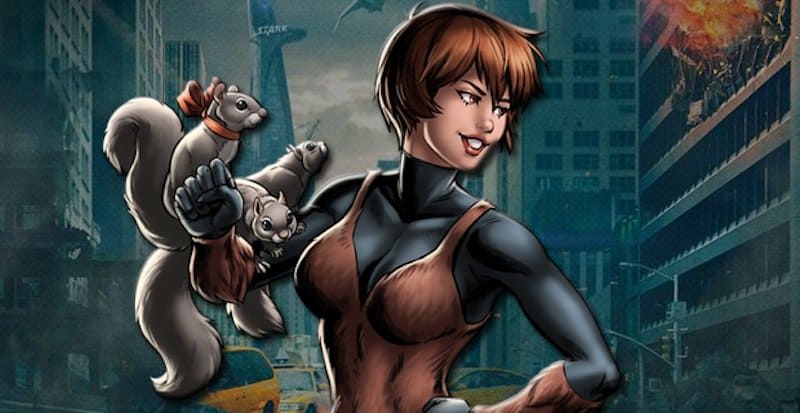 Marvel Comics’ Doreen Green, aka “Squirrel Girl”, had the remarkable ability to control squirrels. In one issue, the notorious Dr. Doom was keeping Iron Man prisoner on a ship. Squirrel Girl summoned a horde of her little friends to chew threw the cables and generally just overwhelm the villain with obnoxiousness. 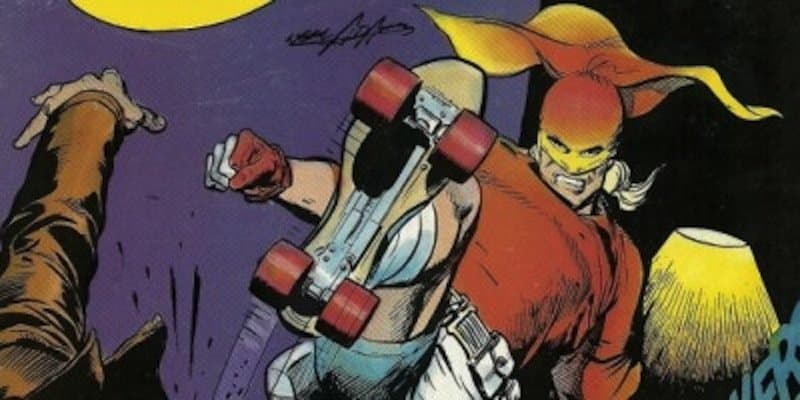 Pacific Comics’ Skateman, fortunately, only had one issue in the early 1980’s. He was a Vietnam Veteran and martial artist. At night he would put on his skates, tie a scarf around his head, and go fight bad guys. 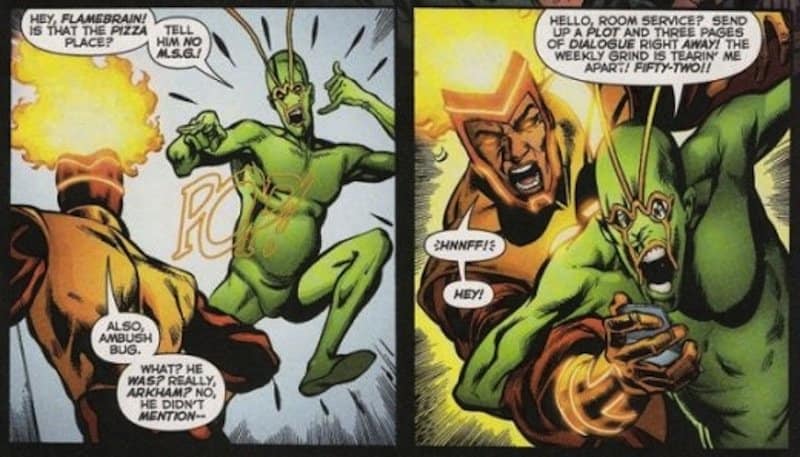 Ambush Bug actually had a cool superpower, teleportation, but it’s the rest of his character that’s mind-boggling. DC Comics described the character as having mental problems that didn’t let him understand reality around him. So in other words, they purposely made him autistic. What’s more, he could only teleport after saying, “Simon says…” 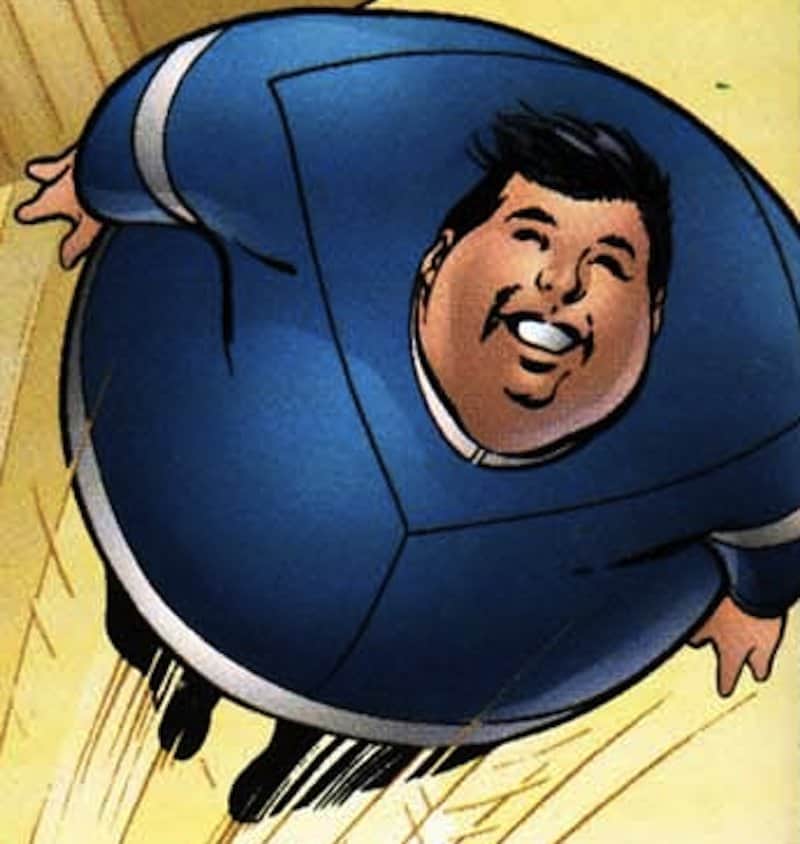 DC Comics’ Bouncing Boy had the ability to inflate himself like a big ball and bounce around. Bad guys had a hard time catching the ever-elusive character, and he often gave them bruises in return. He got his powers when he accidentally drank a super-plastic formula, believing it was soda pop. 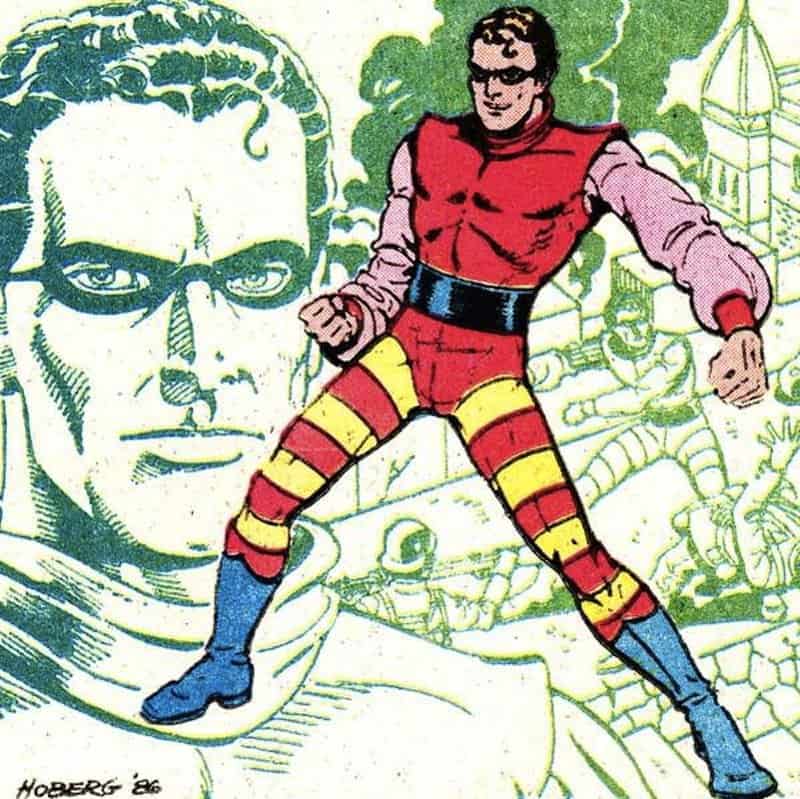 DC Comics’ Red Bee is another character who never had any superpowers. You may be wondering how he fought crime. Well, he used a trained bumblebee. Yep! The bumblebee’s name was Michael and lived in Red Bee’s belt buckle. 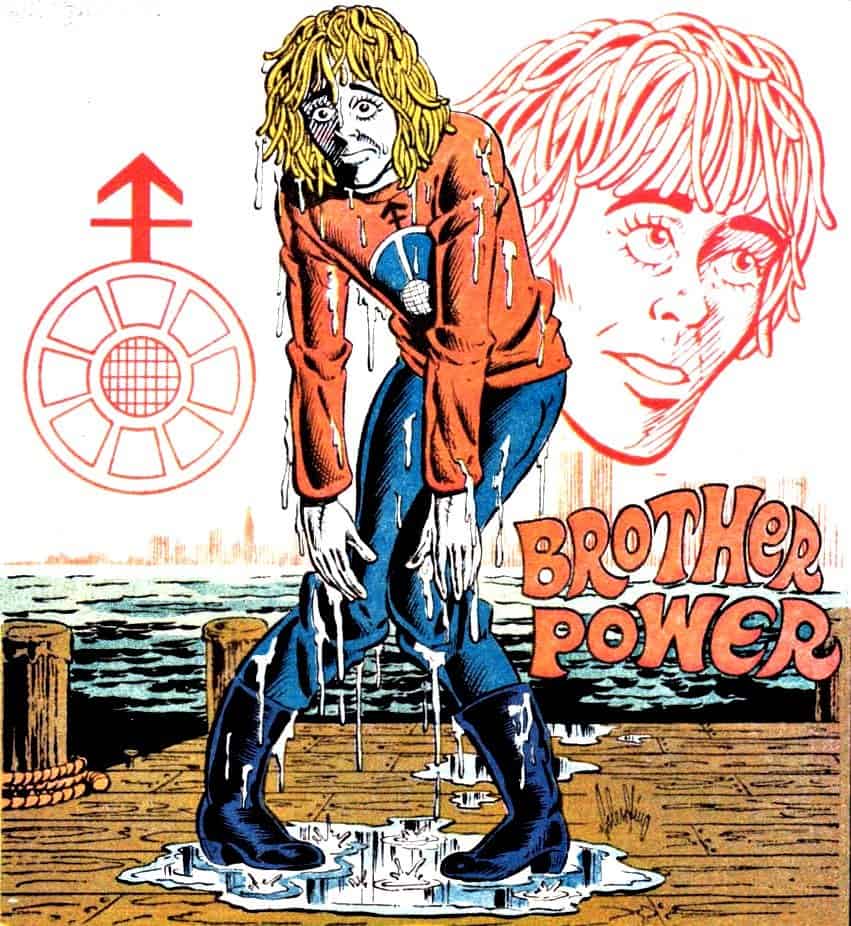 This character, a contemporary of the 1960’s Captain America, was a mannequin struck by lightening. The mannequin was sparked to life, and gained super strength and other limitless abilities. What’s more, Brother Power could not be killed because he was a mannequin. But what did he do with his abilities? Why, he hung out with hippies and fought “the man” and “the establishment”. He even tried to run for president. 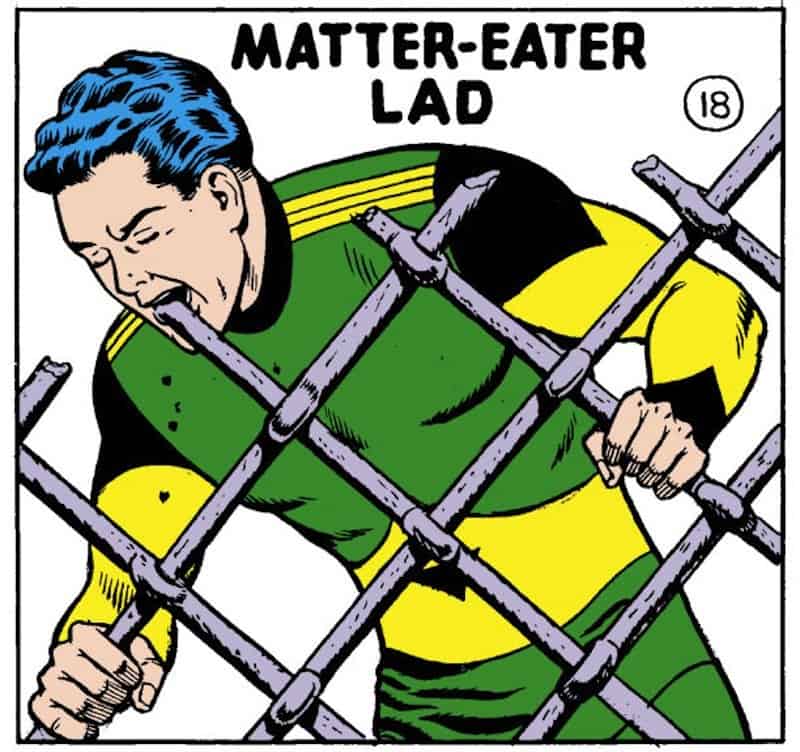 DC Comics’ Matter Eater Lad had the power of “super eating” – but you’ve likely never heard of such a power. If there was any sort of physical obstacle in the way, all anyone had to do was summon Matter Eater Lad to chomp through it.

The Legion of Super Pets 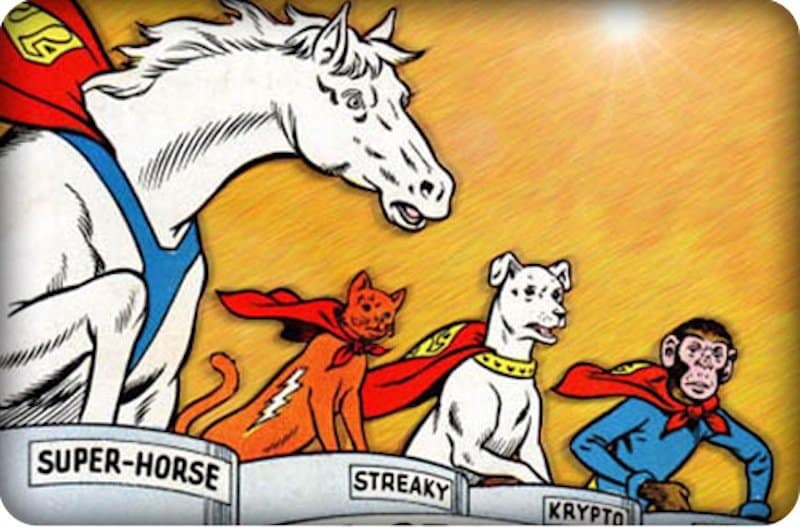 In the early 1960’s, DC Comics started to send Superman a whole army of super pets, and they essentially had Superman’s cape and powers. The first to arrive was Krypto the Superdog, who was sent in a rocket by Superman’s father Jor-El to test space flight. Next came Beppo the monkey, sent in another rocket for the same reason. The list goes on… 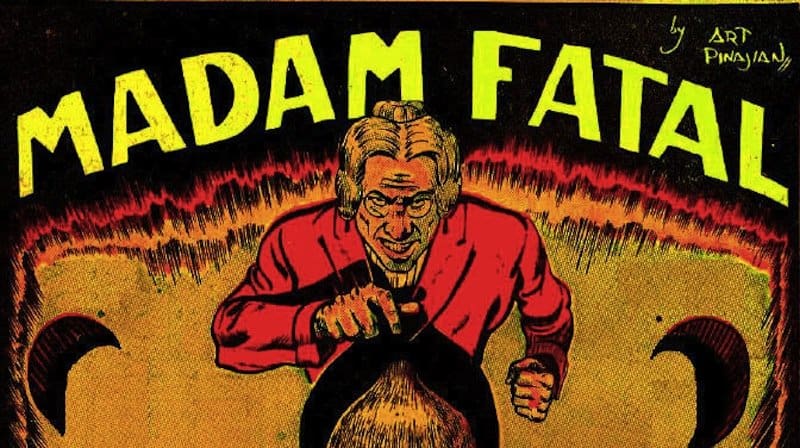 DC Comics’ Richard Stanton, aka “Madam Fatal”, had no super abilities besides acting. He fought and solved crimes by dressing up as an old lady and then ambushing the bad guys when they let their guard down. Madam Fatal never bothered to impersonate a police officer, a doctor, or anyone else for that matter. 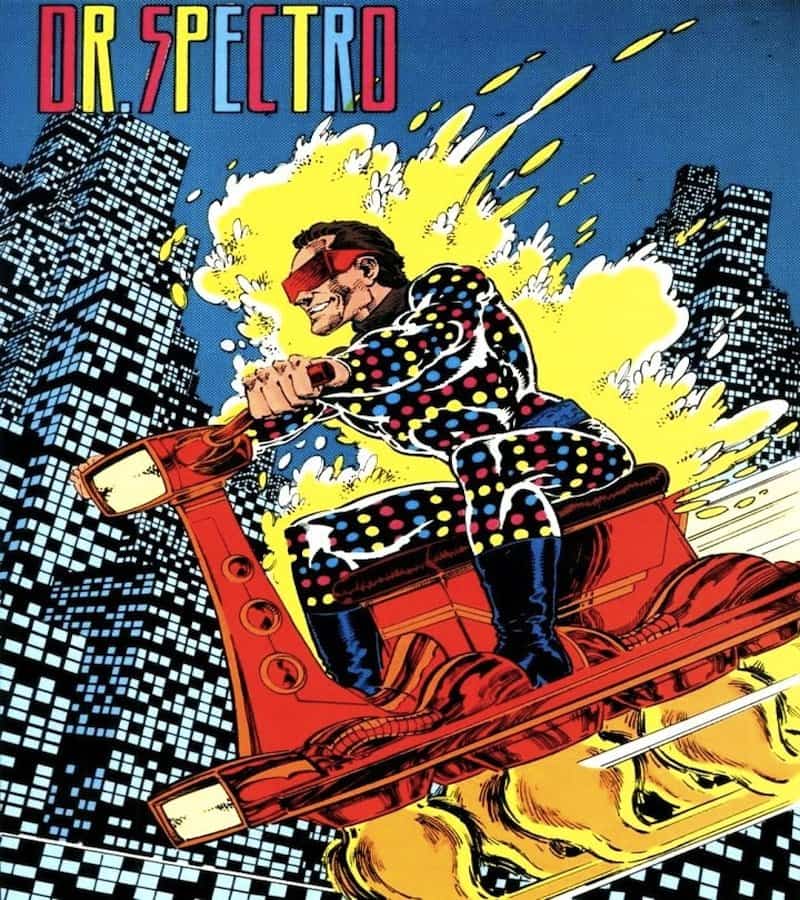 DC Comics’ Tom Emery was a decent scientist who created a machine that could affect people’s emotions using light prisms. However, one day bad guys pushed him into it, which transferred its power to him. Emery went crazy, but he gained the ability to alter other people’s moods. It might be a good skill for picking up on women, but not when it comes to fighting other superheroes. 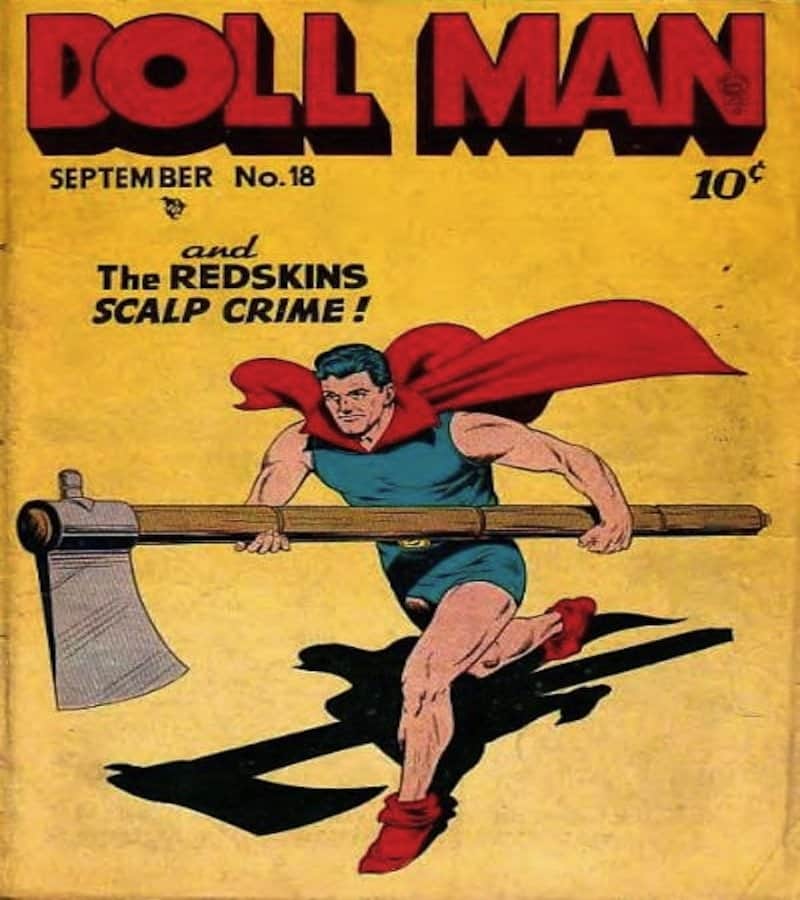 Introduced in 1939 by DC Comics, this guy is the poor, long-lost cousin of Mr. Fantastic. Doll Man has the ability to shrink down to about six inches in height – but don’t worry, he keeps a grown man’s full strength. Otherwise he’d be completely useless instead of just useless. 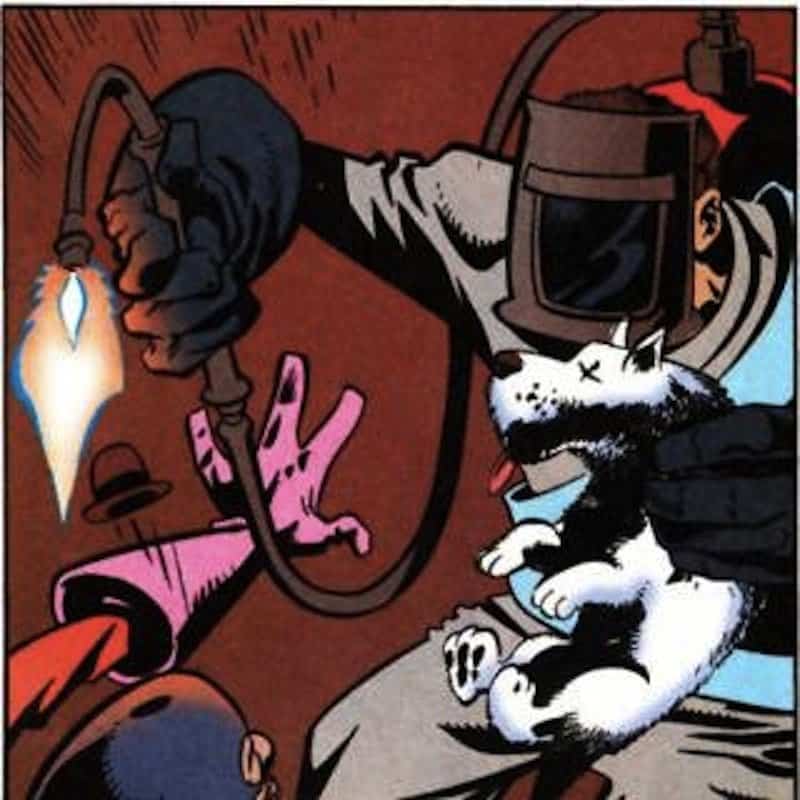 Yup, you read the name right! DC Comics’ Dogwelder, part of the group Section Eight, had the special skill of welding dogs to villains’ faces. They say dogs are men’s best friends, but that doesn’t mean they should be welded to men’s bodies. 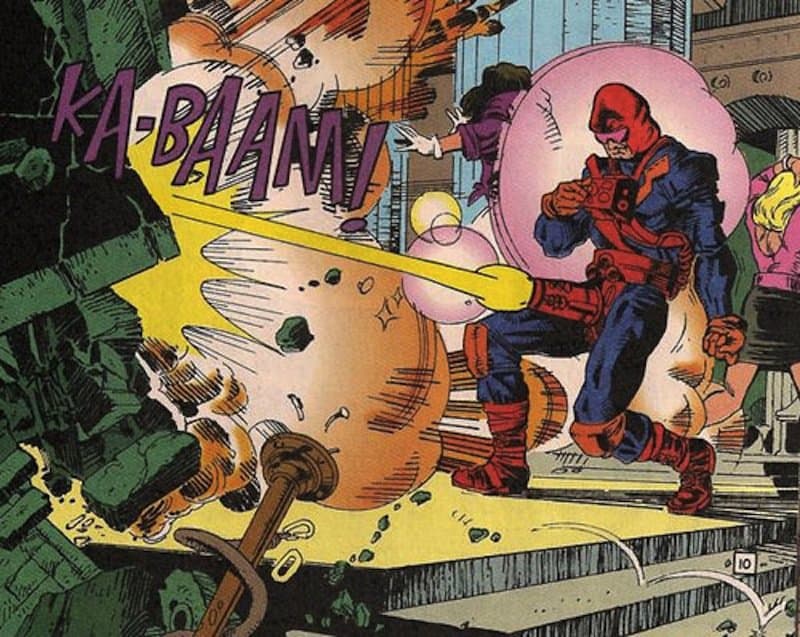 Vertigo Comic’s Codpiece character trumps all the other characters on this list. Codpiece’s back-story is that in college he asked a girl out, who said no because he wasn’t “big enough” (she was referring to his height). Codpiece misinterpreted what she meant and took the rejection too seriously. He ended up making a rocket-like cannon in the form of a codpiece, and went on to rob a bunch of banks.