11 Of The Most Mysterious Photographs Ever Captured

Since the invention of photography, people have used their cameras to capture some of the greatest moments in human history. We are baffled by creativity and the sheer science behind being in the right place at the right time. Interestingly enough, photographers have managed to capture some extremely rare moments in time. Many of them are inexplicable with fascinating stories to go along with them. Are they authentic or altered? Are the stories behind them legitimate tales? We may never find out about some of them. Of the estimated one trillion photos that we take every year, we have concluded that these are among the most mysterious, mind blowing, and fascinating within history. 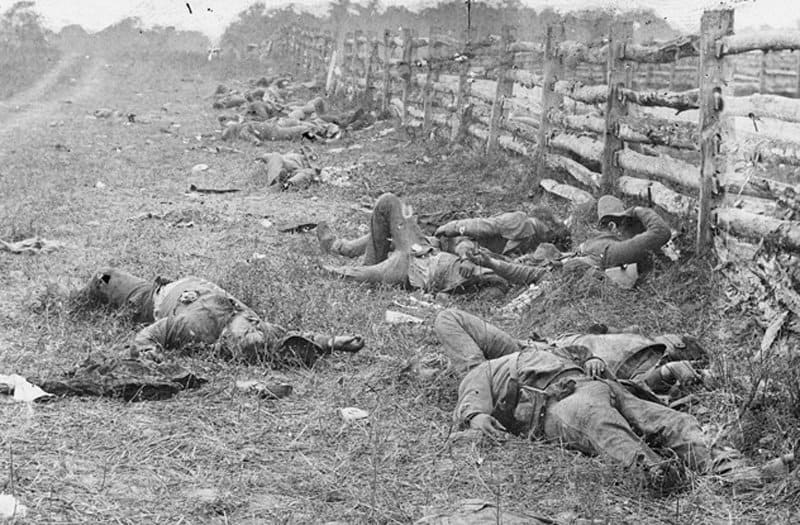 Alex Gardner was one of the most famous photographers ever. He took the shots of the Civil War, the Lincoln conspirators being hanged, and even the portrait of Lincoln before his assassination. When he died, most of his original work along with the negatives vanished. They were rediscovered 1893 which was iconic in helping us visualize the aftermath of war. Sometime later, those same famous photos and negatives vanished again. In 1988, President Ronald Reagan made a trip to Moscow and went to visit Red Square. While shaking hands with a young boy, the president had his picture snapped by White House photographer, Peter Souza. Souza insists that the blond, nerdy looking nearby is none other than a young Vladimir Putin. Who later became one of the most famous KGB spies ever. 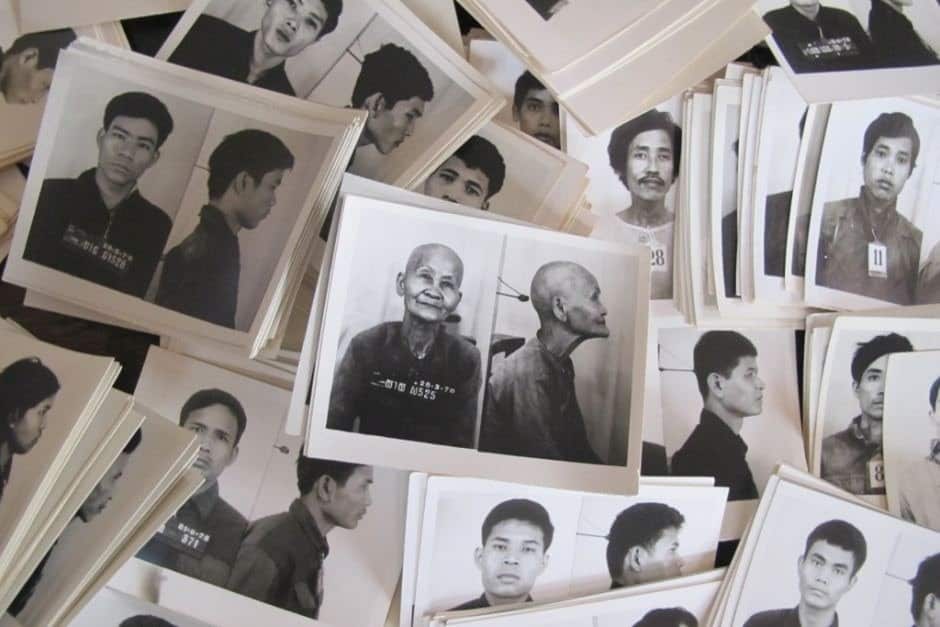 The most devastating account of Cambodian genocide was under Pol Pot’s Khmer Rouge. S-21 was a former school converted into an interrogation center that held as many as 17,000 people within four years. Less than 10 people survived this center. The captives were tortured for days, beaten to death and thrown in mass graves. About 6,000 photographs have surfaced of the victims, but nearly every photo was separated from its record folder. The majority of the identities are still unknown.

The First Man Ever Photographed 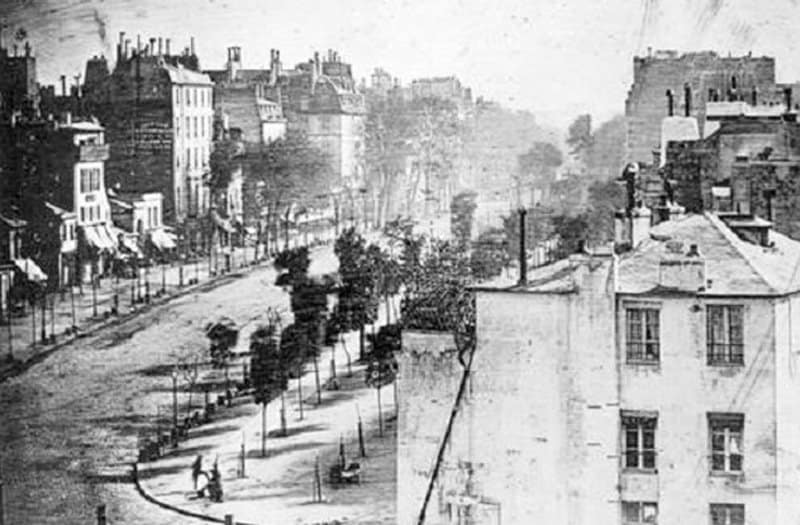 In 1838, Louis Daguerre was experimenting with his daguerreotype in Paris and snapped a photo of the street. It took seven minutes for the exposure process to complete. Coincidentally, a man stopped to have his shoes shined and It just so happened to have taken the same amount of time to have them finished. The process took so long that anything moving became invisible. The only thing standing still was the man seen and we still don’t know who he was. 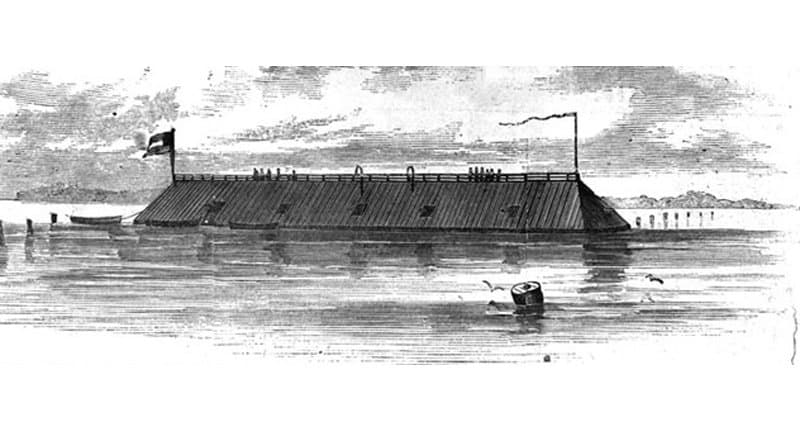 A Confederate warship called the CSS Georgia was thought to have never been photographed. Sometime in the 1980’s, John Potter claimed to have seen a photograph of it at a yard sale. He couldn’t afford the asking price but believed it was real and very priceless. The photo, along with the owner, moved and was never heard from again. It became so legendary that the Army Corps of Engineers launched a drive in 2014 to help find it. Then, in April 2015, John Potter admitted to the Associated Press that he lied about the entire incident and that the CSS Georgia photo never existed. After interviewing a friend of Potter’s, the AP’s report claimed that Potter has the photograph and may be pulling an elaborate double hoax to gain a higher asking price. 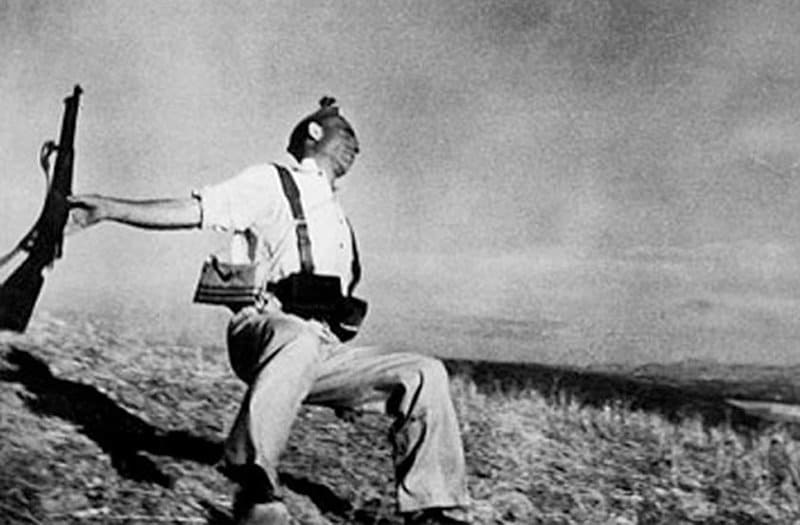 A photograph of a Republican soldier falling after being shot in the Spanish Civil War, is one of Robert Capa’s most famous of that era. People have wondered for years whether or not it is authentic or if it was staged.

The Date of The First Color Photo 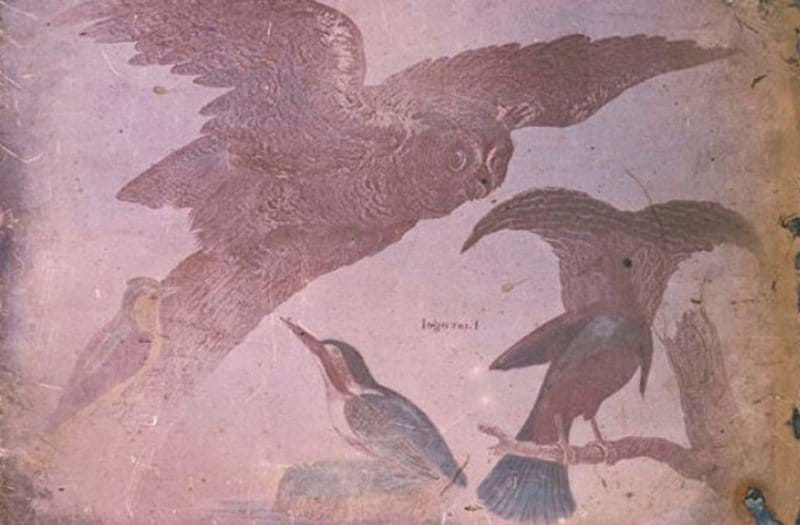 In 1851, Rev. Levi Hill, claimed to have discovered a breakthrough in photography by creating color pictures. Using a device known as a hillotype, he claimed to have 45 color photos. As Daguerreotype experts grew tired of waiting for him to reveal the photos, he was assumed a fraud. He then mysteriously disappeared and was never heard from again. Everyone thought it was a hoax until decades later, when experts concluded that the specimens were legit. 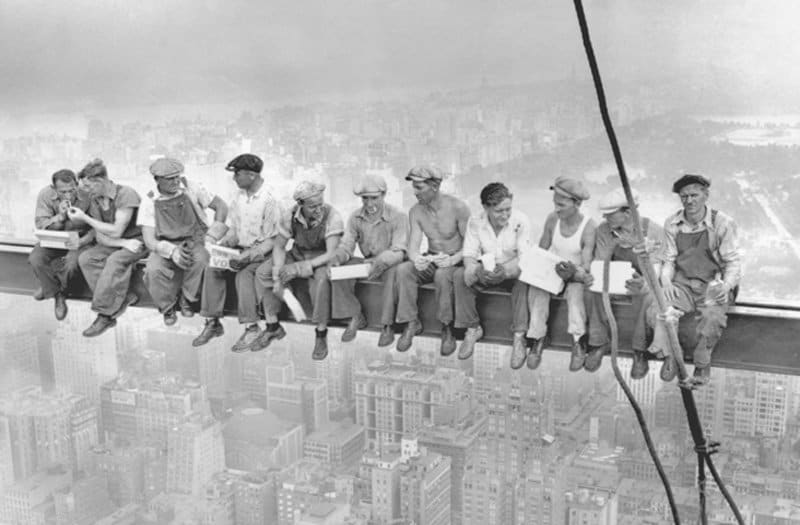 This is one of the most famous photographs ever. We still wonder though, who took it and who are these men? For years, it was believed to have been taken by Lewis Hine and later credited to Rockefeller Center’s photographic director, Charles C. Ebbets. As for the men dangling miles high? In 2012 two of them were identified as Joseph Eckner and Joe Curtis. Later, another two were tentatively identified as Matty O’Shaughnessy and Patrick Glynn. 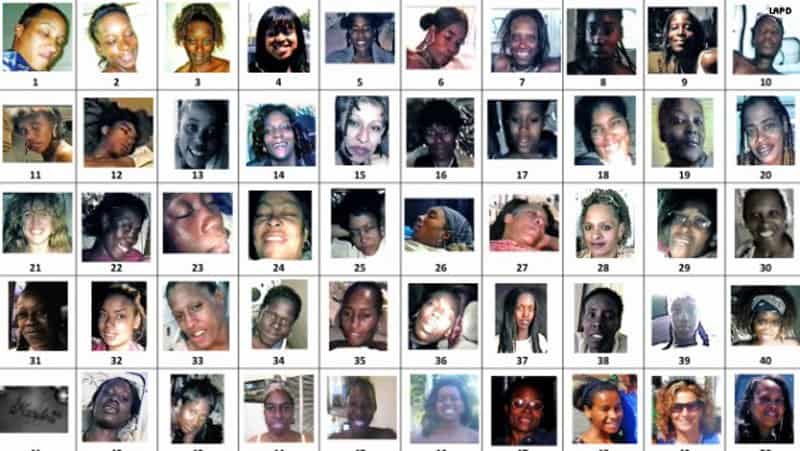 The Grim Sleeper is one of the most famous serial killers in Southern California’s history. He killed at least 11 women over the span of 25 years and believed to have killed dozens more, as police found over 180 photos of women when he was captured. Lonnie Franklin, Jr. was finally caught in 2009. Los Angeles Police Detectives have identified all but 38 of the women in the photos, who seem to be drugged, unconscious or deceased. 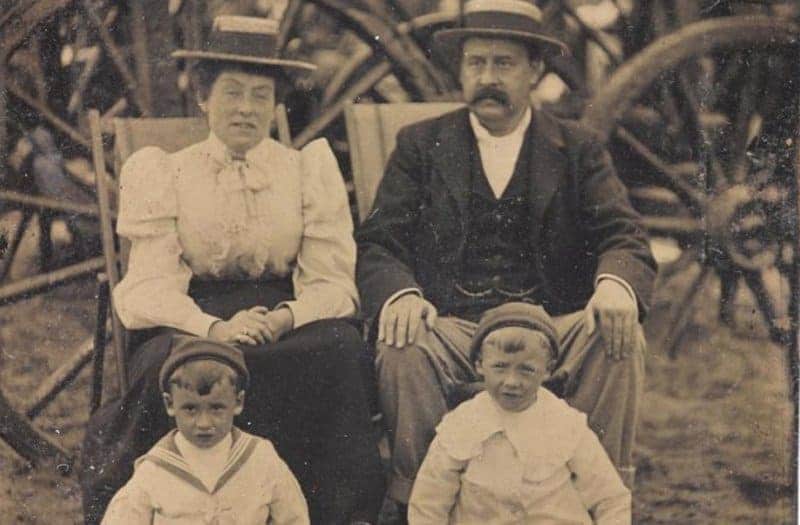 This story is a charming mystery of a British family’s vacation in pictures. In 2015, the National Museum of Scotland acquired a collection of Victorian-era photos. Many of them featured the same family on vacation in the Kent town of Margate. There were photos of them over the span of several years. You can see the progression of growth of the children and of the family itself. It is like looking at a timeline of a family with no identity. In the 1950’s, the Cooper family bought a house in Texas and took this photo their first night there. The father snapped the photo of the mother, grandmother, and two children. When the photo was developed they saw, to their horror, a body hanging from the ceiling. Was this a ghost of a deceased former tenant of the house? Had something horrible happened there? No one knew. The authenticity of this photo has been widely debated over the years. We may never know.