10 Transparent Animals You Have To See To Believe

The animal world is filled with astonishing creatures we often take for granted. In our everyday lives we glamour new technologies that help us achieve enormous feats, but we rarely compare ourselves with the vast animal kingdom. We even tend to be amazed at the scientific advances in the mutation of animals, but we don’t even acknowledge what is already there. For example you’ve probably heard about the scientific achievement of making a mouse transparent, but did you even know that there are dozens of creatures around us, which already are? Well, to fill you in, and with the hope to further amaze and astonish you, here are 10 transparent animals you have to see to believe that actually exist! 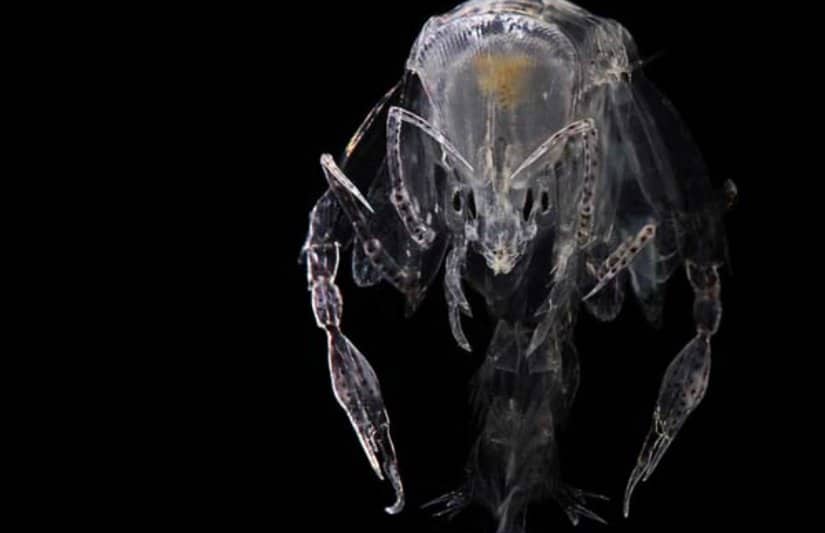 Also known as Phronima, the transparent amphipod is one of the many strange species that have been found just recently on a deep-sea expedition in the North Atlantic. In an attempt to disappear from predators, this little shrimp-like creature has turned its skin completely transparent. 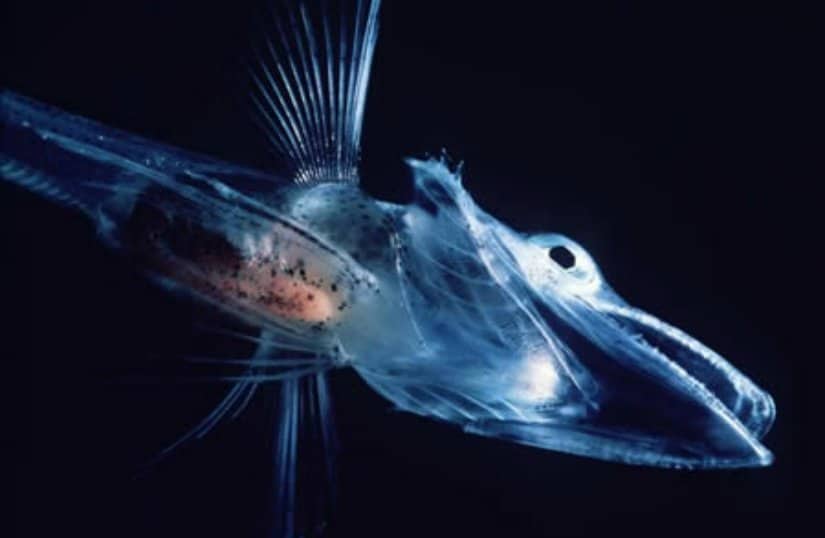 It’s not surprising that most of the transparent animals are found in water, having in mind their need for camouflage. The so-called crocodile icefish has taken this task to a level, where even its blood is transparant, because of the lack of hemoglobin. In order for their metabolism to function properly, the fish dissolves oxygen in the liquid blood and is also believed to directly absorb it through its skin from the water. 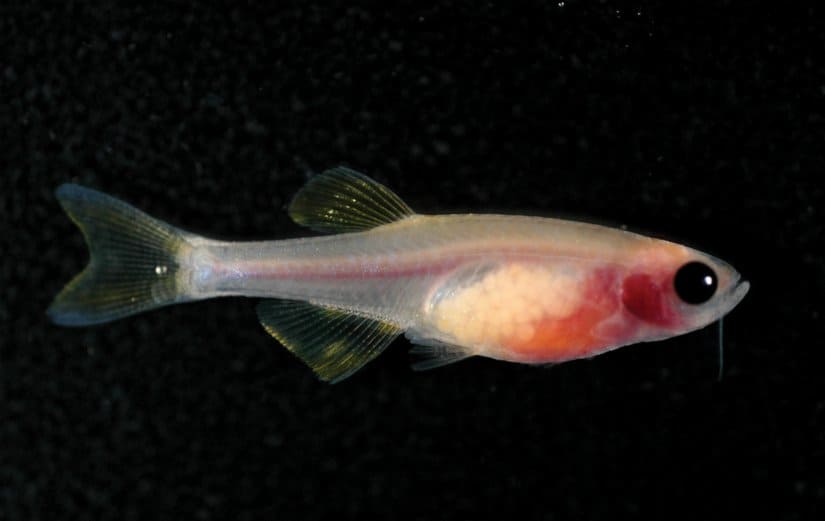 If you are one for scientific achievements, you should definitely be familiar with the transparent zebrafish. Created in lab conditions in 2008, it allows researchers to directly see its inner organs and observe different processes, including tumor growth in the living organism, which helps them further their cancer cure research. 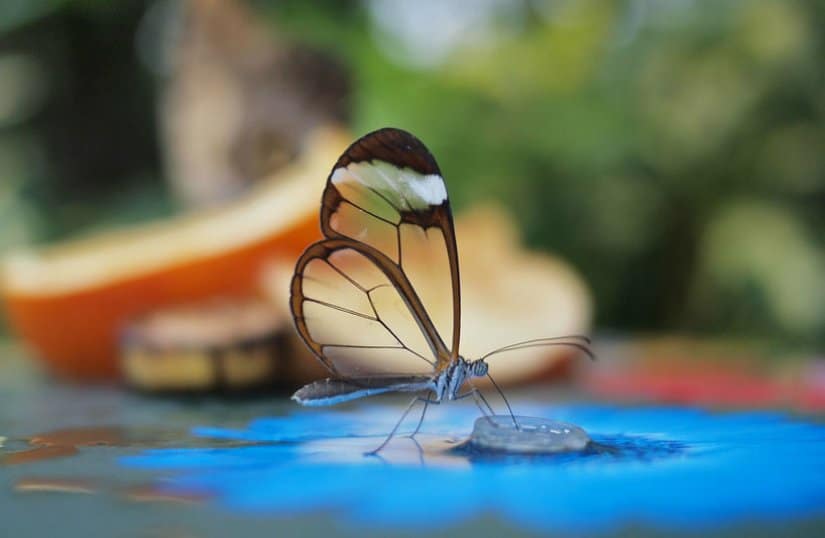 Is there a more beautiful creature than the butterfly? With almost completely transparent wings, the transparent butterfly looks simply astonishing! 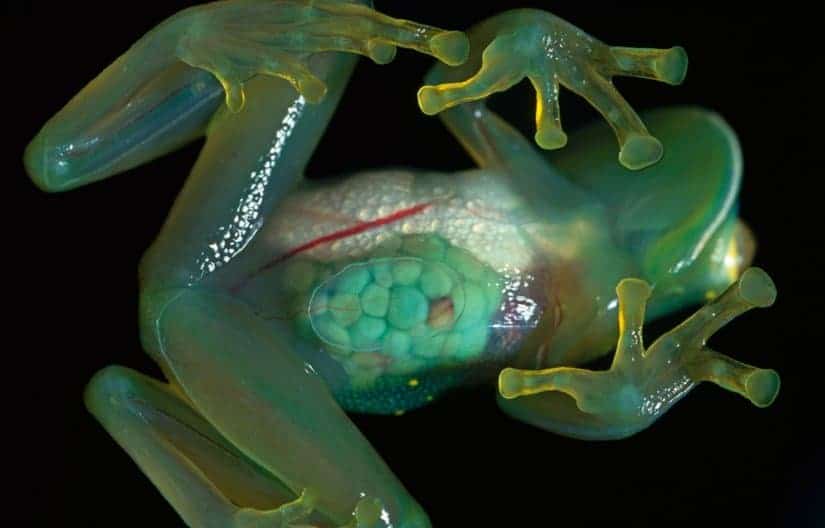 Also known as the glass frog, the transparent frog is primarily lime green with the abdominal skin completely transparent on some members, leaving their digestive tract, heart and liver fully visible. 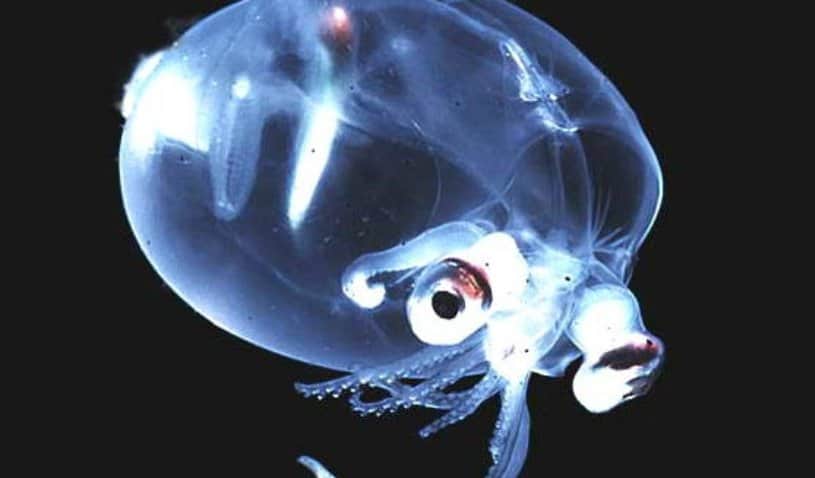 Usually found on the oceans of the southern hemisphere, the Transparent Squid, also known as the Glass Squid, is unique in its own way. It has the ability to roll into a ball, much like a hedgehog would and its usual prey are many deep-sea fish. 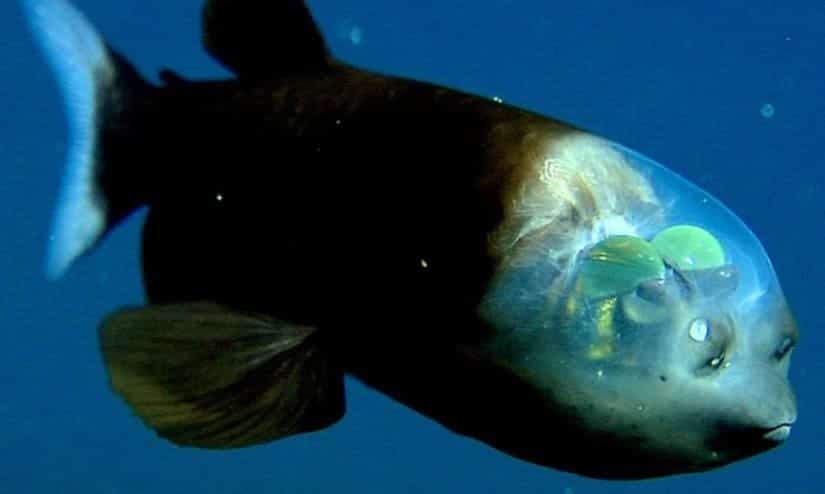 Probably one of the most bizarre of sea creatures, the transparent head fish, also known as the Barreleye, has extremely light-sensitive tubular eyes and completely transparent skin, but only on its head. While the two giant balls, which you can see in his head, may seem as part of the eye, they in fact are not. They are similar to the human nostrils, and are olfactory organs called nares. Weird, but cool, indeed! 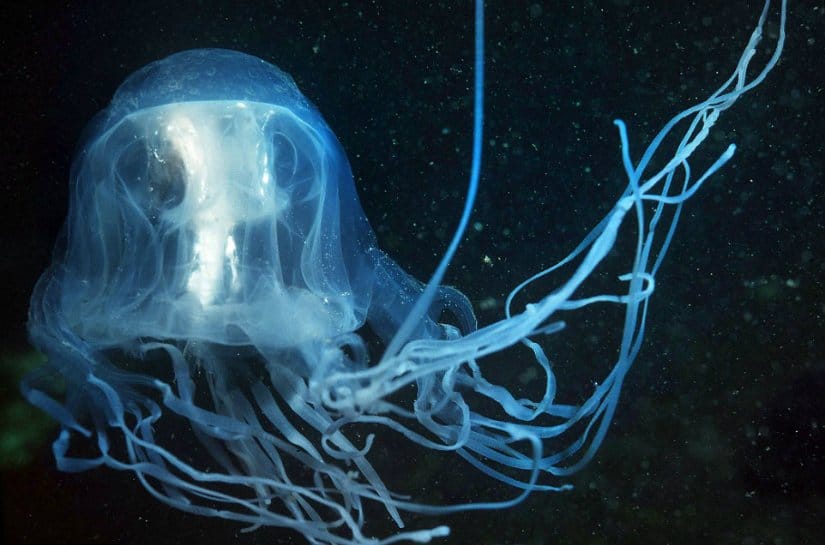 How can we write a list about amazing transparent animals, without the mention of the transparent jellyfish? Found in every ocean, most jellyfishes are almost impossible to see due to their transparency. 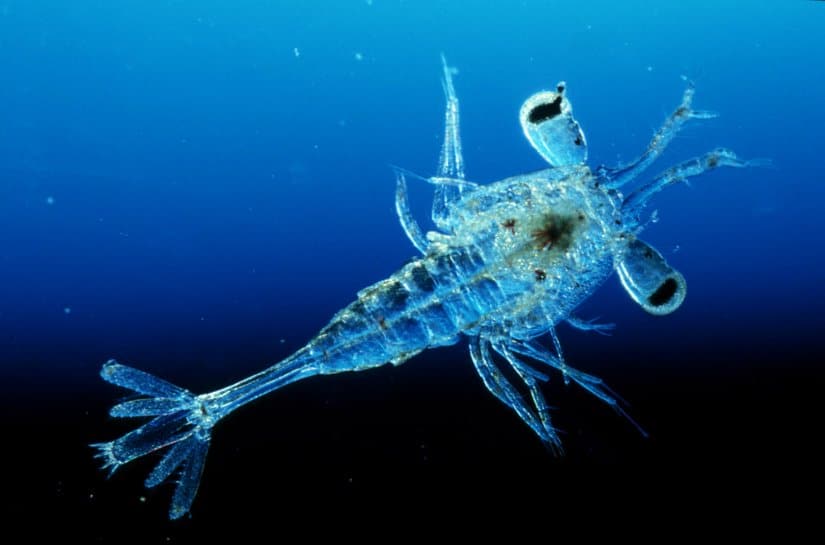 Extremely small and cute in their own manner, the transparent larval shrimp can usually be found in the waters around Hawaii. 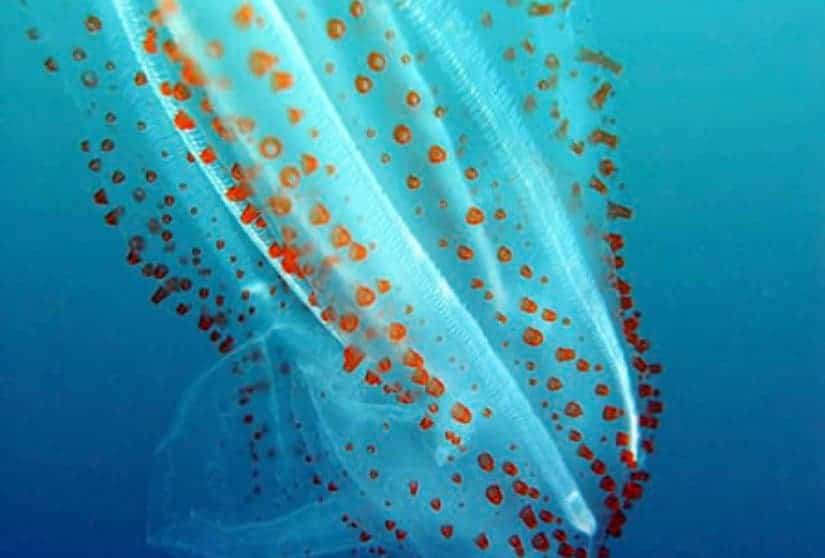 Although you might mistake this animal for a jellyfish, it is not. Known as the transparent slap, this animal feeds on small plants in the water, you might know as phytoplankton. Barrel-shaped, they are also transparent and can range from one to up to ten centimeters in length.