10 Terrifying Pictures That Managed To Shake The World

We are definitely the most desensitized breed of human being to have ever existed. The levels of violence and hatred is now higher than ever before, and a single death barely manages to even make the newspapers. This is why journalists, especially photojournalists are so important in the context of the scenario. They can provide a point of view that not many of us get to experience, allowing us to sink deeper into any given catastrophe. Here is a list of 10 amazing pictures taken by photojournalists from around the world that managed to actually shake things up for a change. 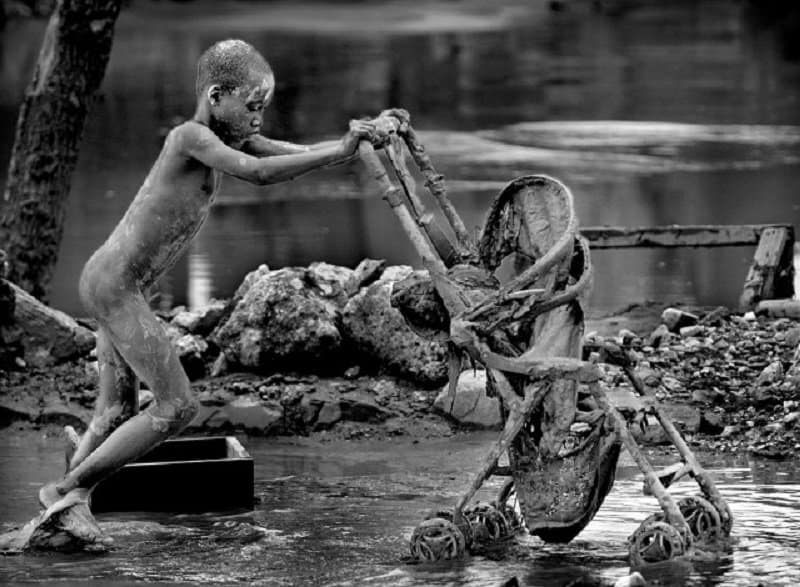 Haiti was a truly great tragedy, one that managed to shake up innumerable lives. This picture was taken by Miami Herald photographer Patrick Farrell and it manages to perfectly capture the severity of the situation. 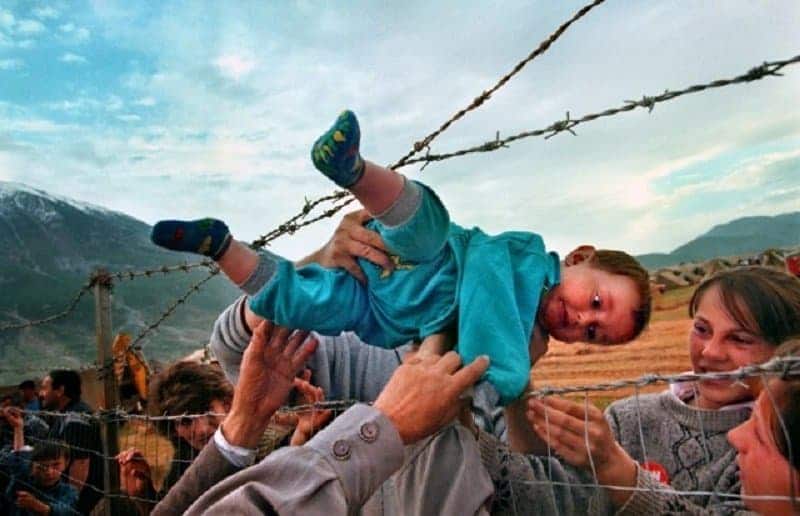 The refugee crisis in the world has risen to new levels but it has always been around. When Carol Guzy captured this amazing picture of Kosovo refugees transporting children across barb-wired borders in 2000, she became the first woman to win a Pulitzer prize. 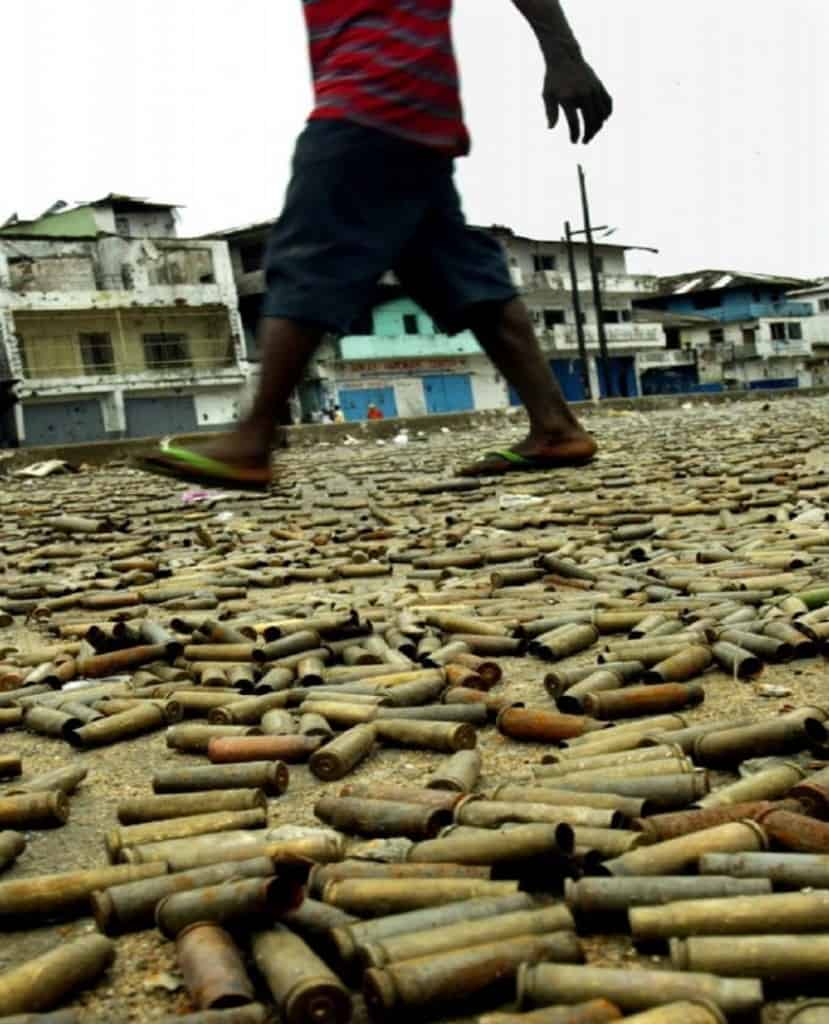 Liberia is a terrifying place, and it was a lot worse during the Liberian civil war. Carolyn Cole, a LA Times photographer, captured this shocking picture during her time in Liberia. You can see the heavy number of shells fallen like rocks on a street after an encounter between the government and rebel forces. 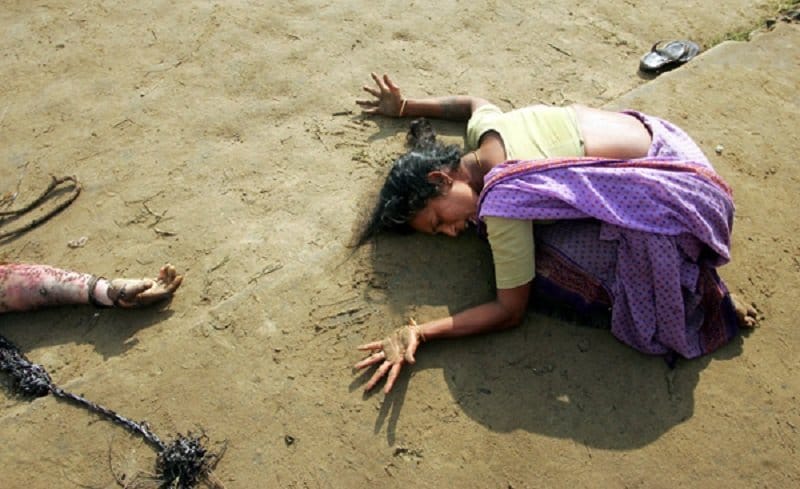 A massive tsunami hit India in 2004 and literally wiped thousands of people off the face of the planet. This devastating natural disaster was the largest of its kind in Indian history and the people were clearly unprepared for a calamity of that scale and magnitude. Arko Datta’s picture captures the plight and sheer helplessness of the people in the face of mother nature’s fury. 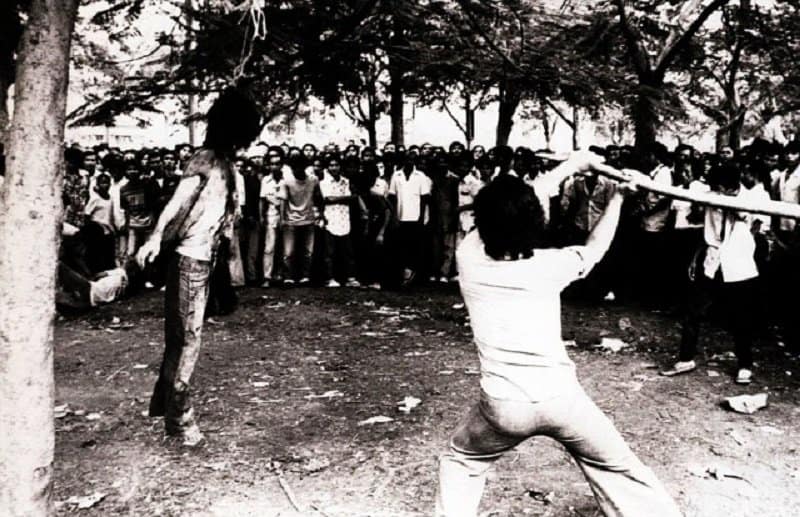 This disturbing event took place on October 6, 1976. The students of Thammasat University were protesting a field Marshall named Thanom Kittikachorn, a dictator who was planning to return to Thailand. People who protested his return were brutally murdered and mutilated on the streets. Neal Ulevich won a Pulitzer in 1977 for capturing this horrifying moment in time. 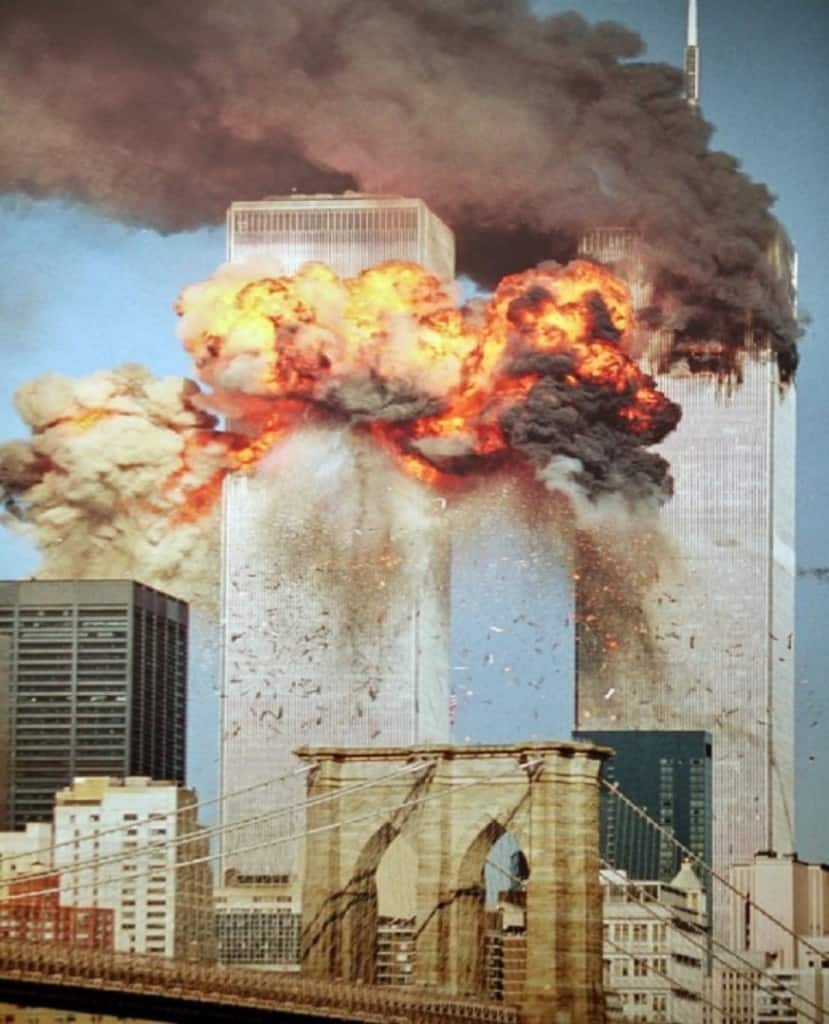 No adult alive in 2001 will ever forget the events of 9/11. The event has forever changed the course of human history and this picture taken by Steve Ludlum manages to capture the sheer devastation of the calamity. 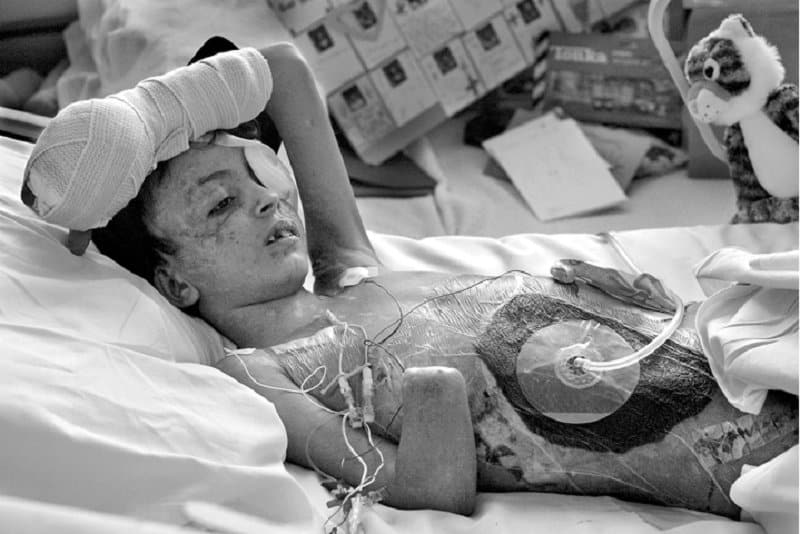 This picture taken by Deanne Fitzmaurice tells the story of a 9-year-old Iraqi boy who was gravely injured during an explosion during the Iraq war. He was a victim in a war he had nothing to do with, but still managed to engulf his life and future. 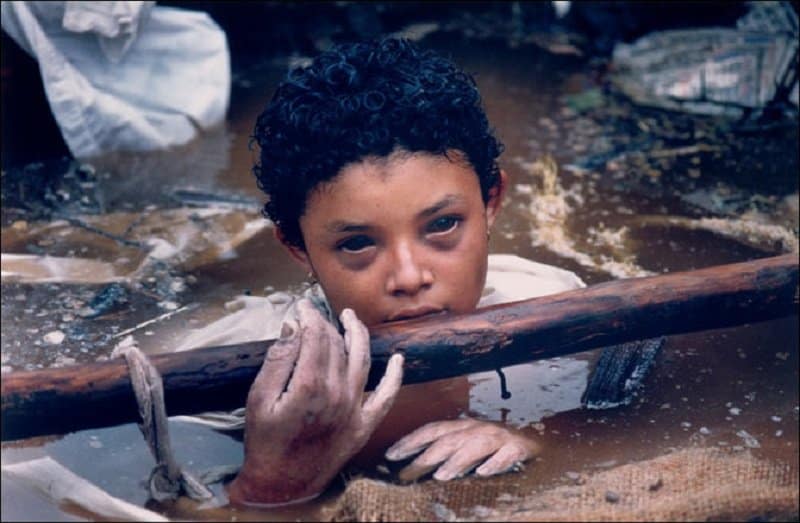 This is one of the most haunting pictures ever captured on film. Frank Fournier took this picture of Omayra Sanchez when she was trapped in a collapsed building in Colombia. A volcano eruption caused a massive mudslide in the region and claimed the lives of 25,000 people. Officials were unable to save people like Omayra who died shorty after the photo was taken due to hypothermia and gangrene. 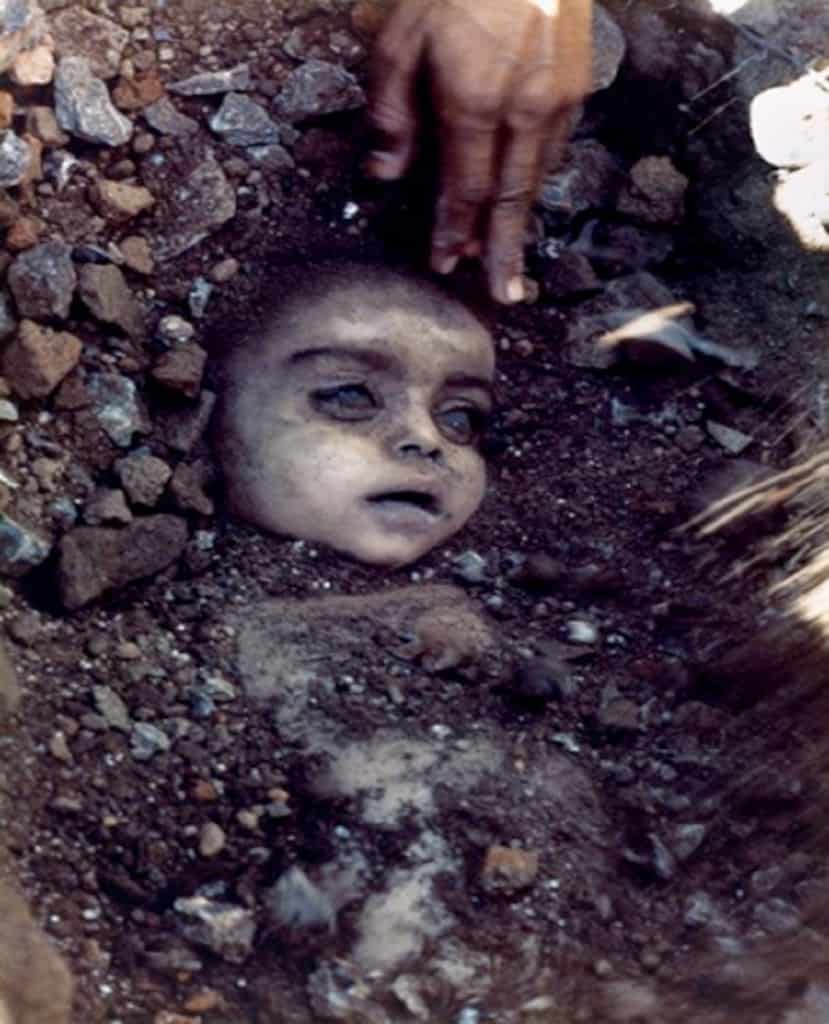 This immortal picture captured by Pablo Bartholomew went on to become the face of the negative effects of development in the modern world. Due to sheer carelessness in a gas plant in central India, a massive explosion took the lives of thousands of innocent people and ruined the city forever.

The Power Of One 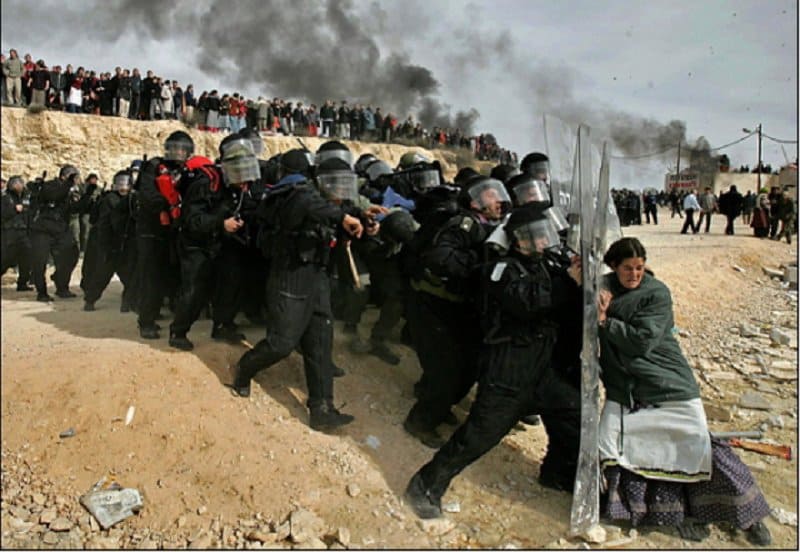 This picture was captured by an Israeli photographer who worked for the Associated Press. In 2006, Israeli authorities order an immediate evacuation of all illegal outposts, resulting in massive clashes between the settlers and police officers. This image captures the desperation of the settlers as they attempt to fend off hostile policemen.