10 Spooky Pictures Of The Parisian Catacombs

Paris is the home to the Eiffel Tower, Louvre, and Notre Dame Cathedral. It’s the synonym of romance and a picture-perfect city filled with cafes and museums. However, there’s a slightly spookier side to the city many don’t know about. Actually, it might even be categorized as another city considering it’s situated under Paris’ old romantic streets and cafes. You might not know it but under the city, there is another city called “The Empire of the Dead”. The catacombs of Paris are considered the biggest and scariest in the world. Just how spooky they can get will show you the photos below. 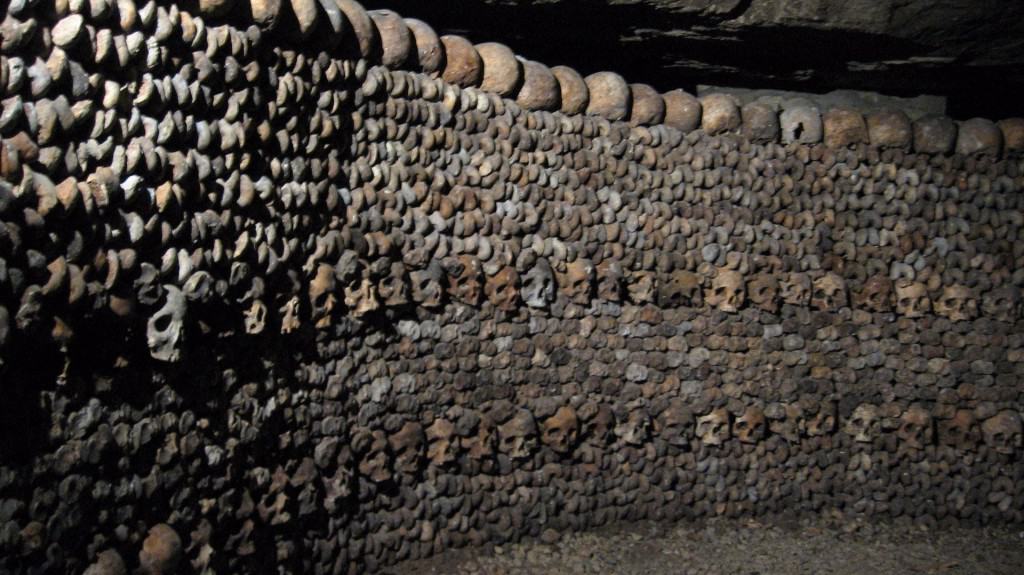 “Stop! Here lies the Empire of Death” is the sign that awaits every person who visits the catacombs. 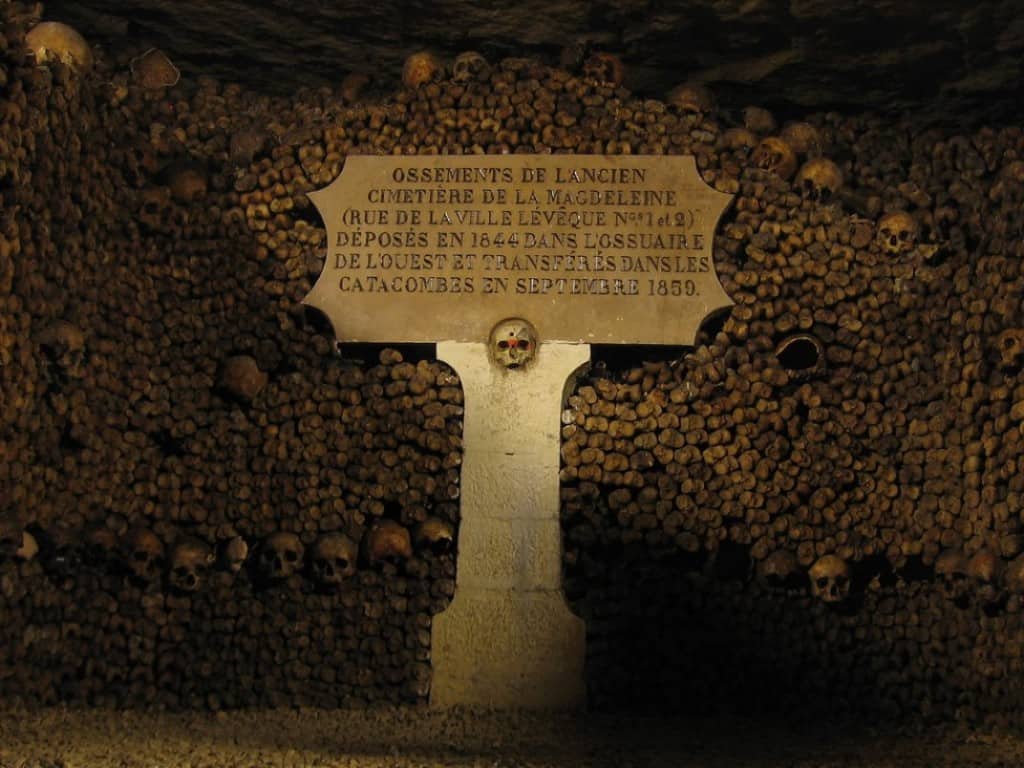 The queues are long and slow in front of the Paris catacombs. However, it’s all worth it once you get in. 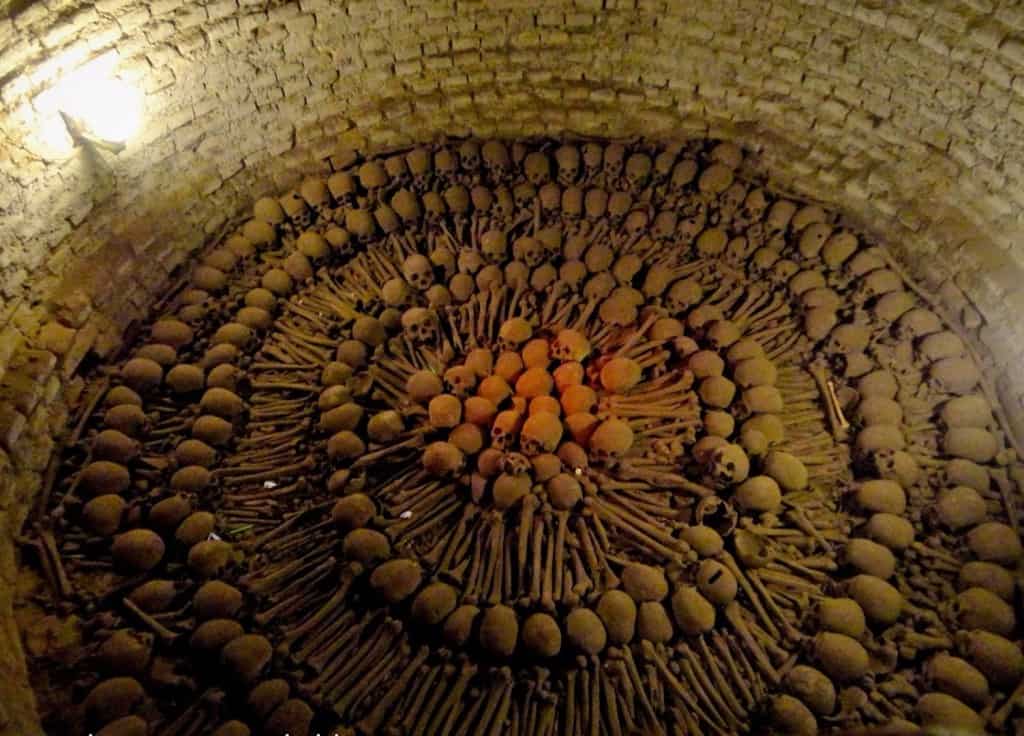 In order to reach the catacombs, one must walk down 130 steps, 60 feet deep into the Parisian underground.

Narrow and slippery stone passages that are adorned with musty, humid air will spook even the least claustrophobic people. 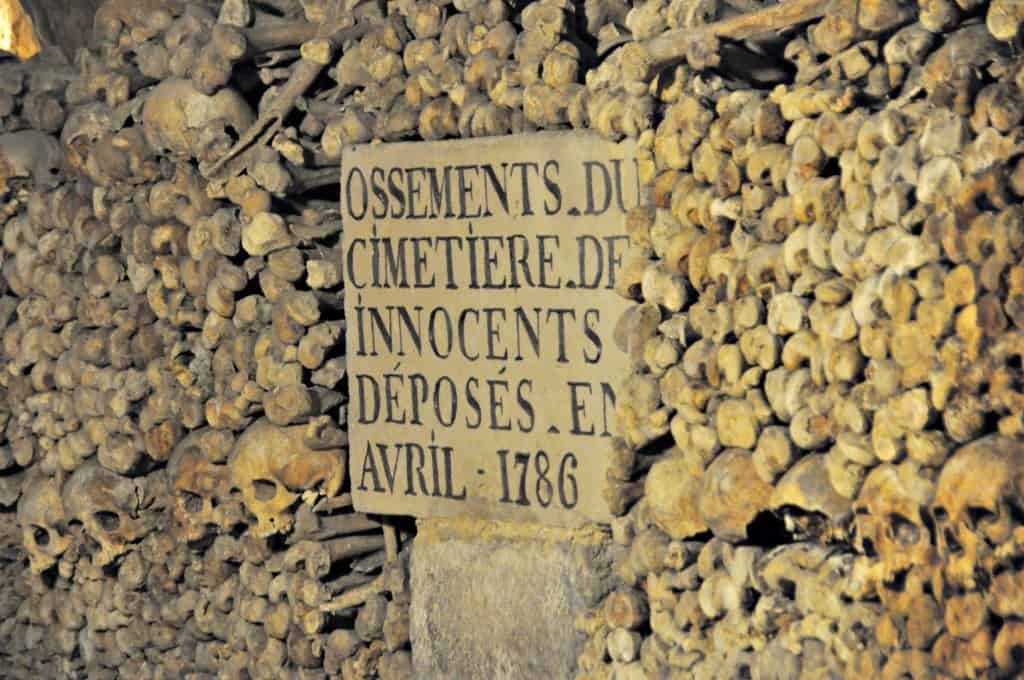 Once you enter the tunnel, the tour lasts for a bit less than an hour and there’s nothing but dark spooky tunnels and never-ending masses of bones around you. 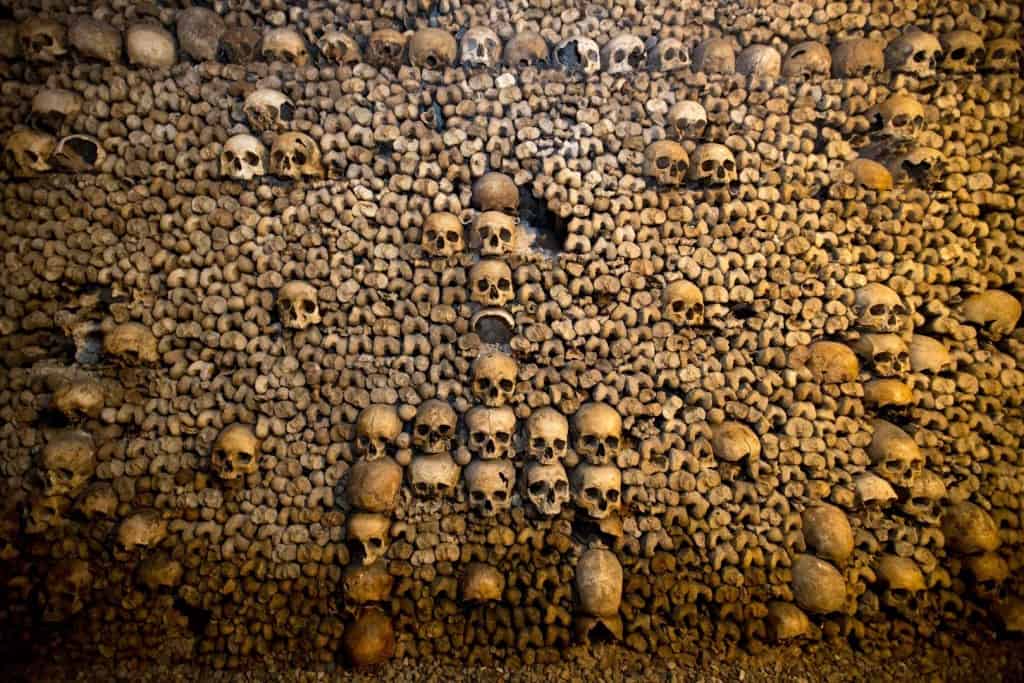 As a result of the overpopulation in the 18th century, the king ordered to move the remains from all the Parisian cemeteries to the catacombs. It was a process that took almost ten years to finish. 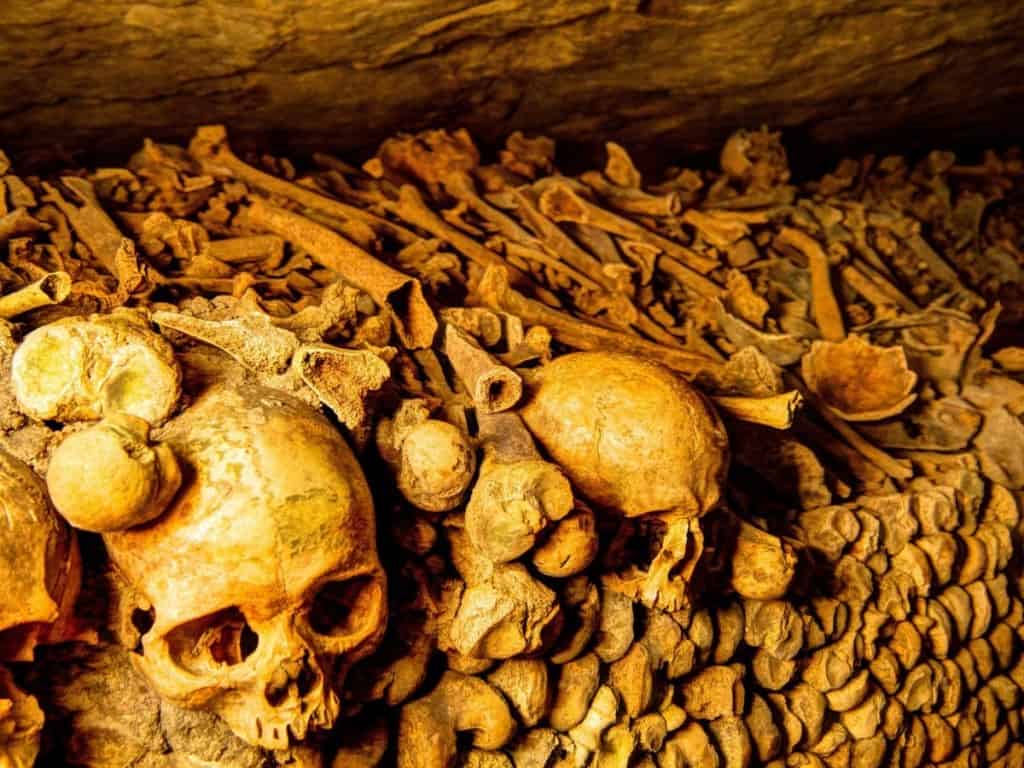 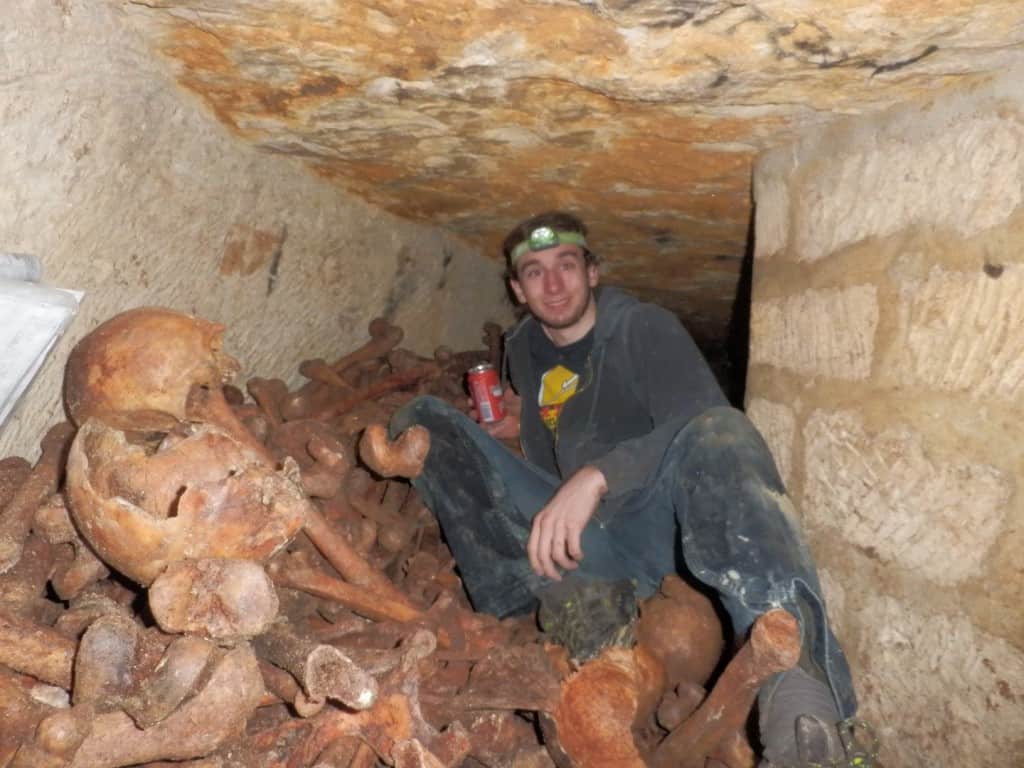 It is estimated that the catacombs house around 7 million people. That’s just a bit less than the amount of people living in New York City! 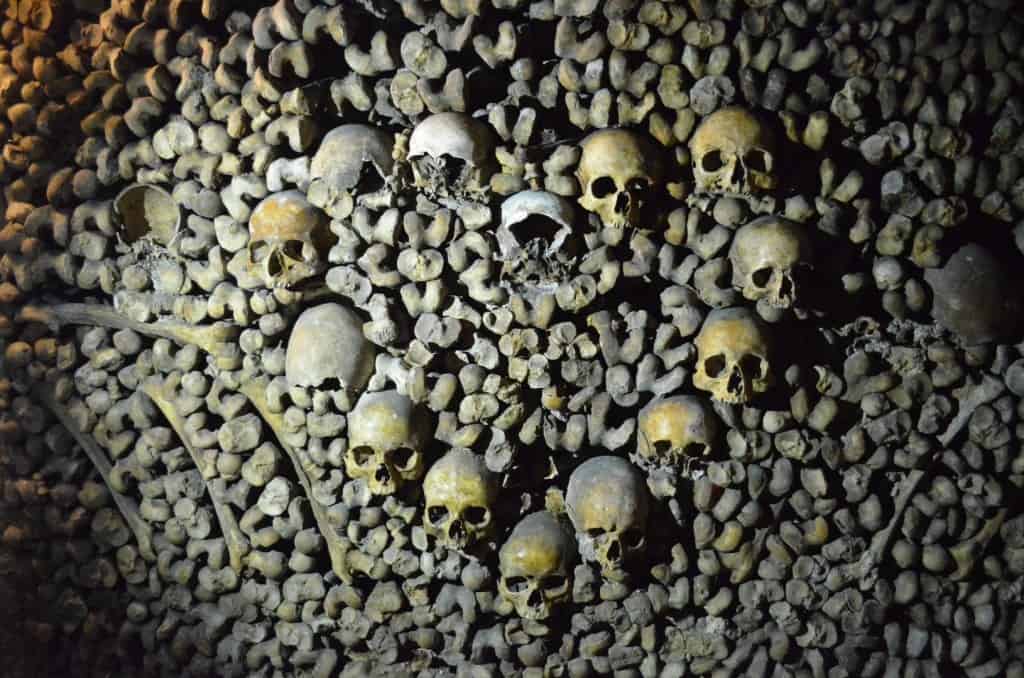 Some of the placements of the skulls and bones was even arranged in an artistic way, often shaped to resemble a heart or a flower. 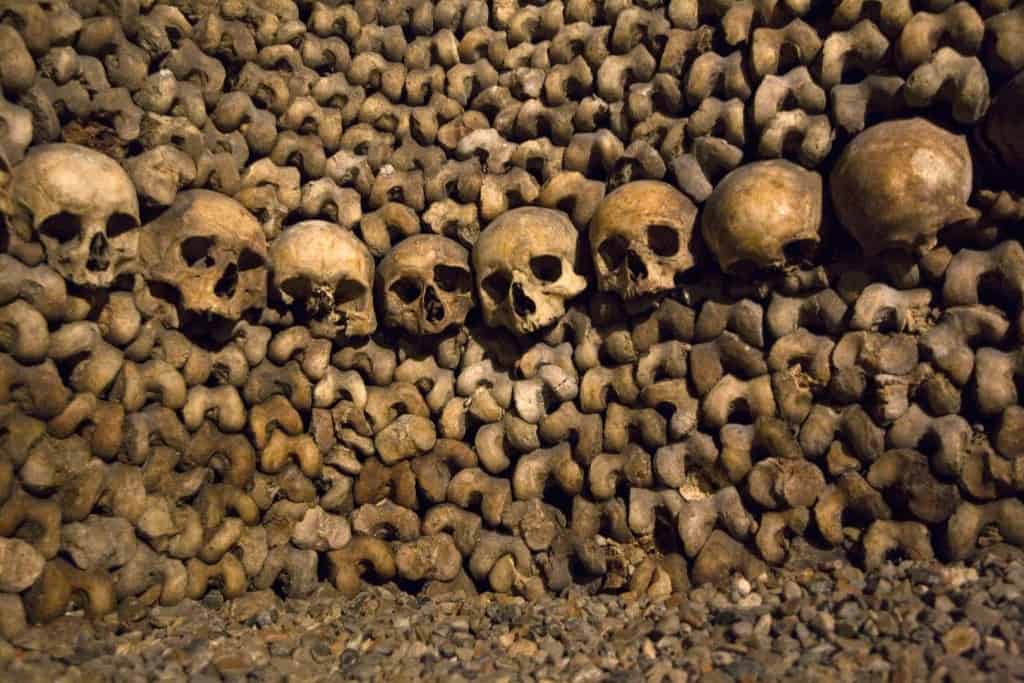 Many tourists claim that they’ve felt the skulls staring at them while passing through the catacombs and testify to the experience as being overall very scary.