Movies posters serve a variety of purposes and are an important marketing tool in the film industry. They attract the attention of audiences and try to excite them so that they will want to see the motion picture, while also giving anyone looking at the poster a good idea of what the movie is about. Generally, they will utilize an iconic scene from the film that sums up the feeling of the entire experience in one image.

In other cases though, posters will not be representative of the movie they are advertising. Whether this is because filmmakers were intentionally trying to mislead the public or because the poster was created by an outside firm unconnected with the actual studio, there have been a large number of posters that bear no resemblance to the subject matter they are covering. 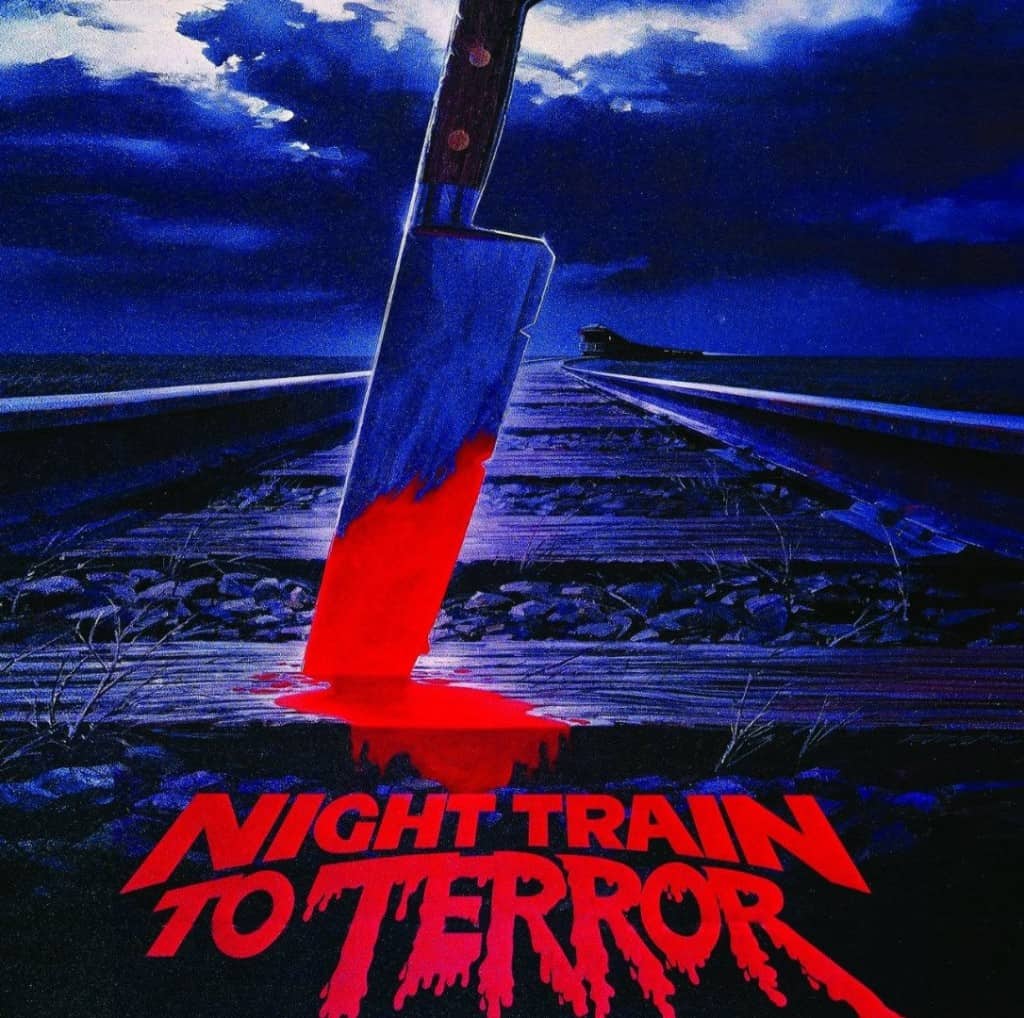 It would not be unreasonable to think that Night Train To Terror was a horror movie set on a train. After all, the title mentions the word train and the poster depicts a bloody knife on railroad tracks. The truth however, is that the film only uses the train as a framing device as God and Satan discuss three separate stories that are totally unconnected, which take place far away from the train.

The Secret of NIMH 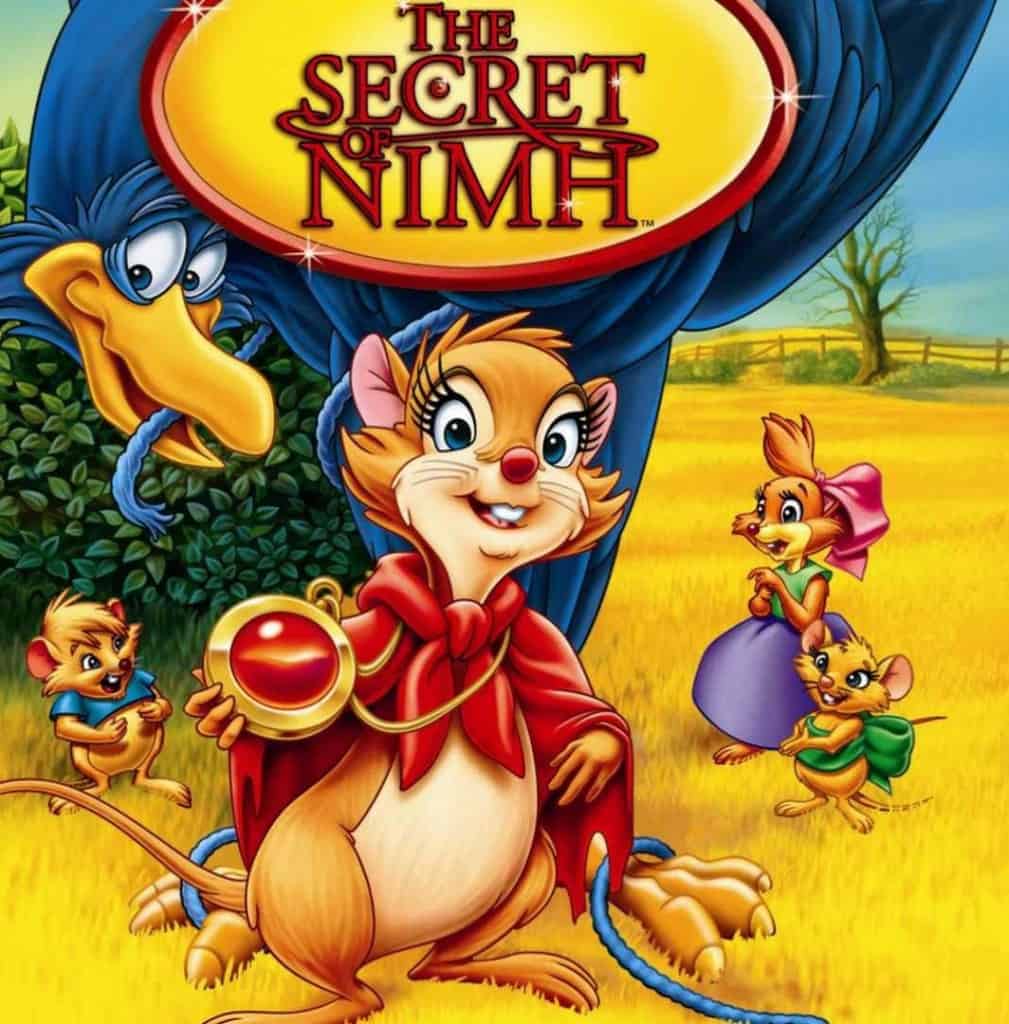 From the look of the poster, you’d be forgiven for thinking that The Secret of NIMH is family orientated animated adventure in the same mold as Disney cartoons. However, it is actually a film version of a book that focuses on the genetic testing carried out by the National Institute of Mental Health on the rat characters, with many of them facing gruesome deaths. It is a far darker experience that the poster ever made out. 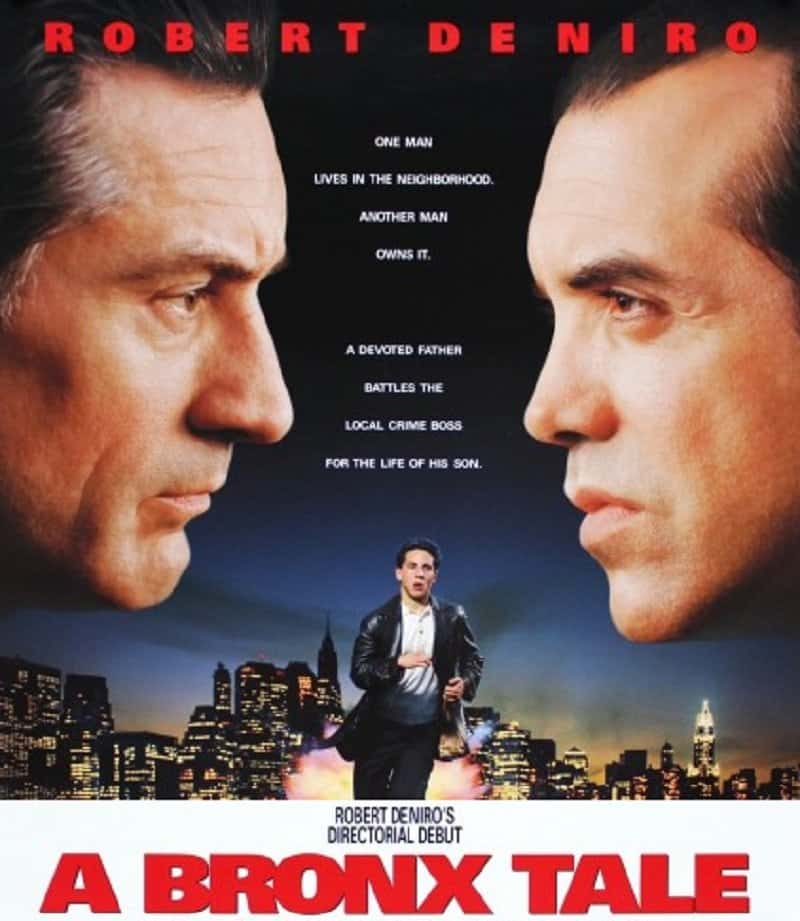 Almost nothing on the movie poster for A Bronx Tale actually represents what happens in the film itself. Robert De Niro is not in a starring role for one, despite his large presence on the poster and his name getting top billing. The text accompanying the picture also gives a false story to what really happens as De Niro’s character does not go up against the gangster, who is actually trying to get his son out of a life of crime. To top it off, the son never has to run away from an explosion as shown on the poster. 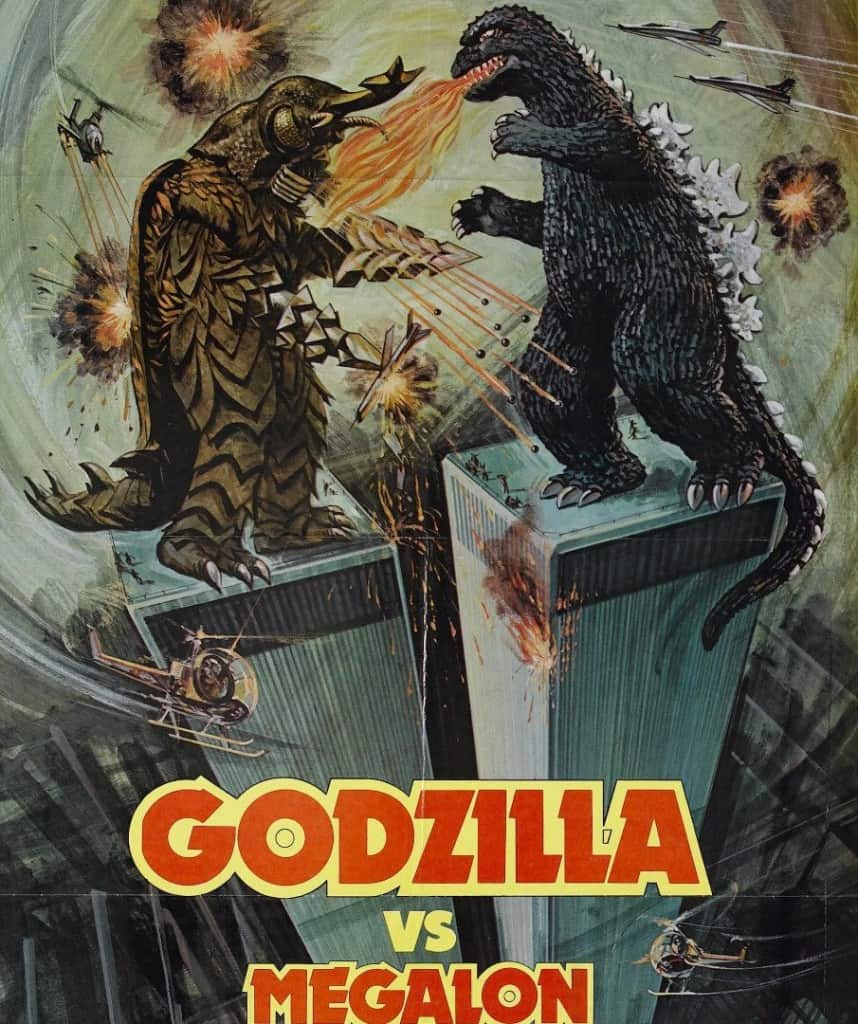 There are a few things that are wrong about the poster for the 1979 movie Godzilla vs Megalon. While most monster films of this kind tend to exaggerate the size of the creatures to gigantic figures, this poster actually makes them look much smaller than they really are. The poster also depicts Godzilla and Megalon as fighting on the World Trade Center buildings, suggesting that the events may take place in the United States when in fact the movie is based entirely in Japan. 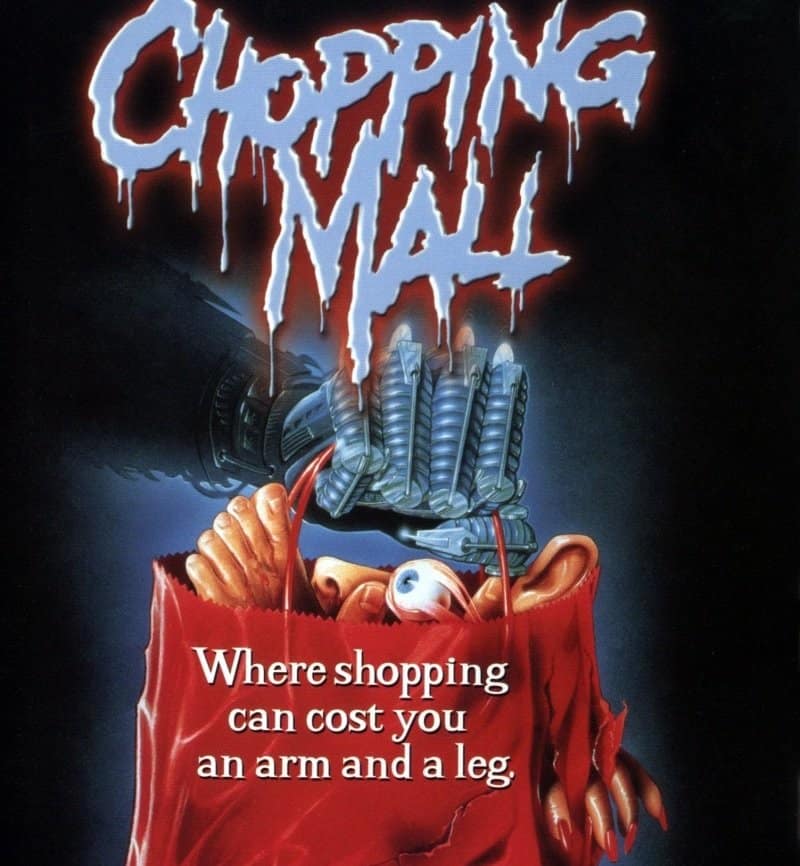 Another example of a poster that totally misrepresents the main villains, the Chopping Mall example is attempting to show off the robotic killers that are murdering people in a shopping mall in the United States. From the look of the robotic hand that is holding the bag, you could assume that the machines are humanoid when in fact that they are much less sinister security robots that look more like tanks and don’t even have arms. 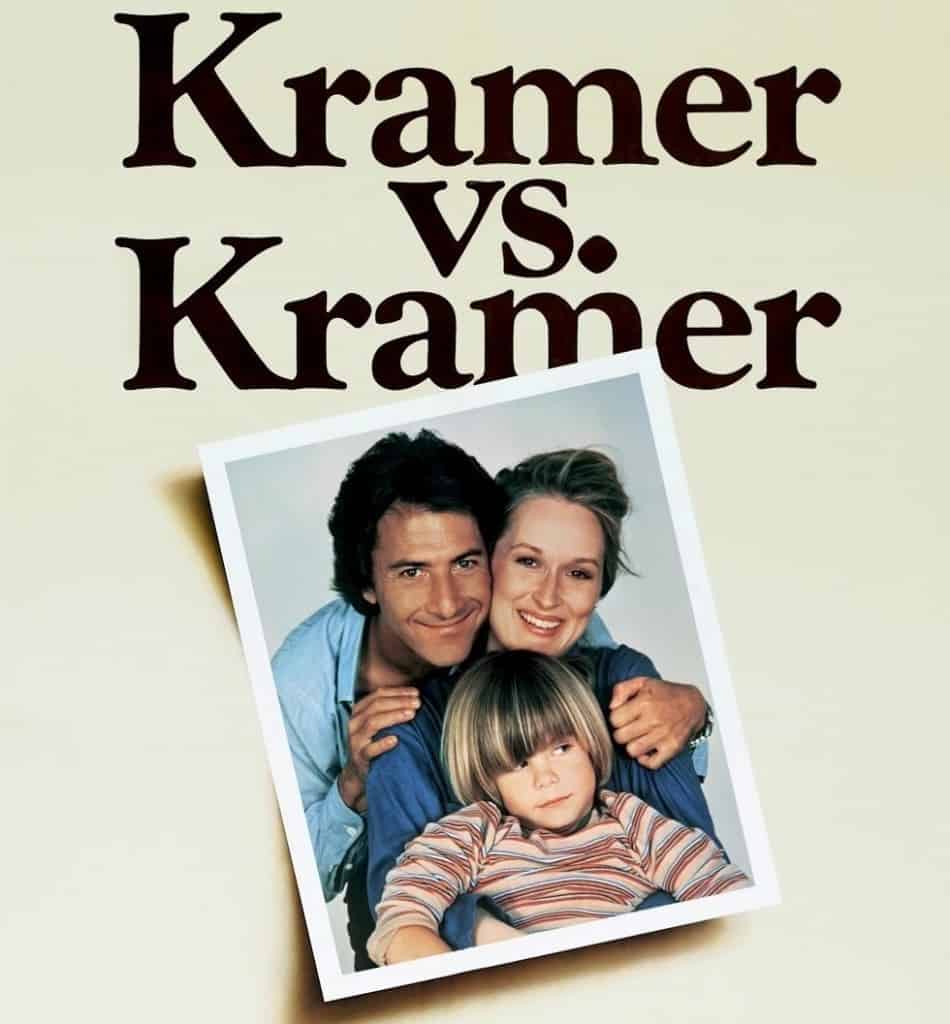 The poster for the Dustin Hoffman film Kramer vs. Kramer makes it look as if the movie is about a happy and loving family, thanks to the picture perfect photograph they included on it. The truth is far different though, as it was actually about a bitter divorce and the negative effect such splits have on their children and the rest of the family. 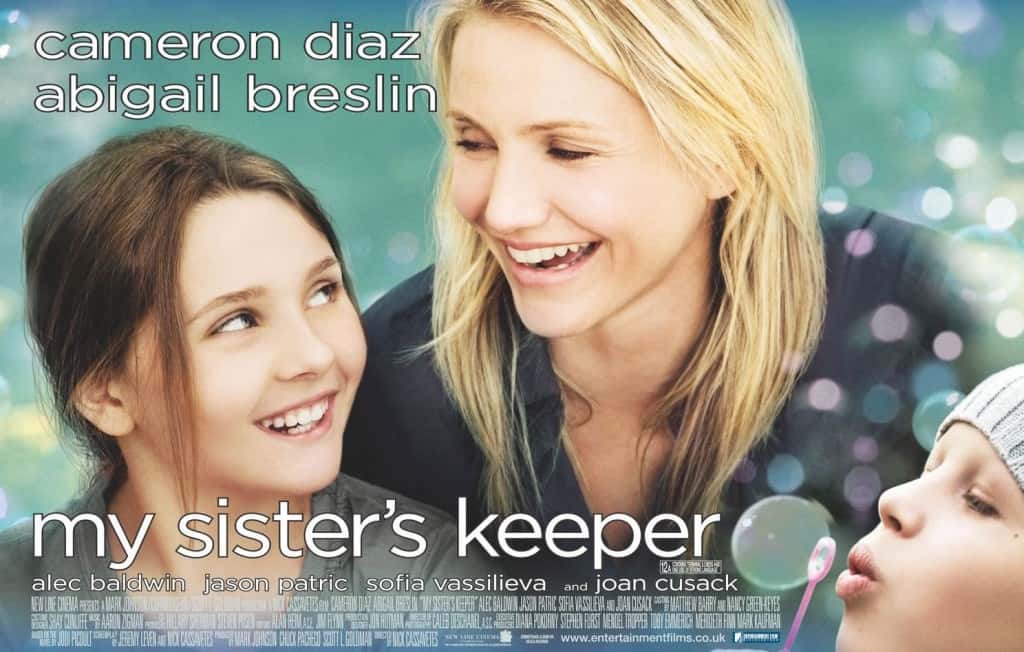 The 2009 film My Sister’s Keeper tells the story of a girl who has been conceived simply to provide organs to her older sister, who is fighting cancer and likely to need multiple donations in the future. When the time comes that she has to donate a kidney, she takes her parents to court to fight to control her own body. All of this would be hard to guess from the poster, which portrays a rather happy family and doesn’t suggest any of the horrors that actually happen in the movie.

Night of the Blood Beast 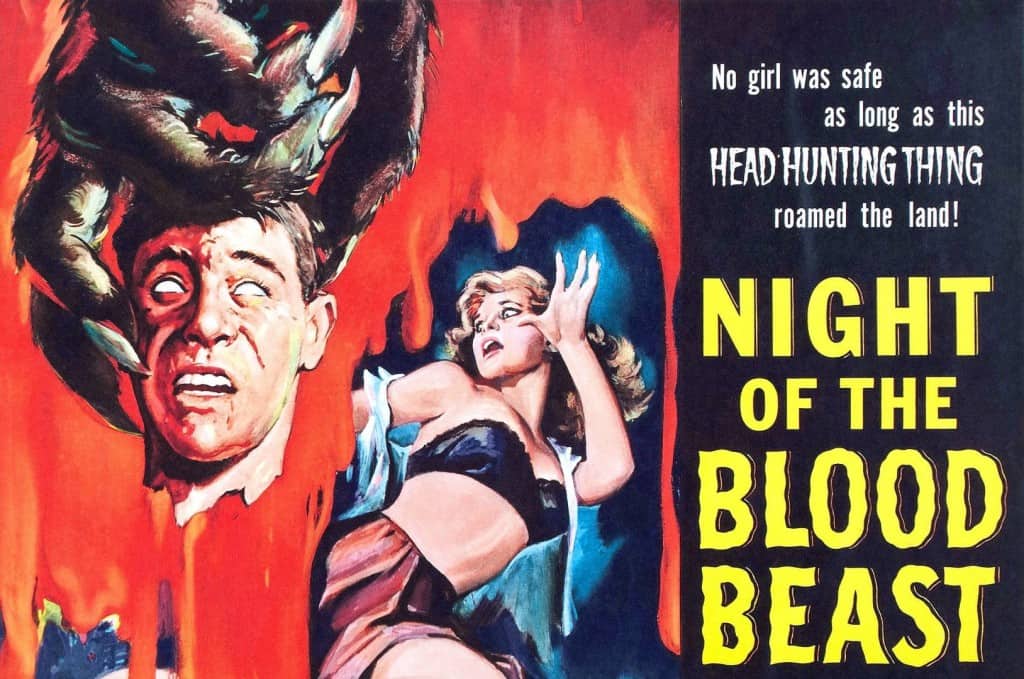 Horror movies are particularly susceptible to having their posters misrepresent the events that happen within them. Night of the Blood Beast is one of the prime examples, showing a huge monstrous hand holding a decapitated head, while the accompanying text suggests that the enemy was collecting heads from its victims. This never occurs in the film and the monster itself looks nothing like the hair hand that is shown.

Godzilla vs The Thing 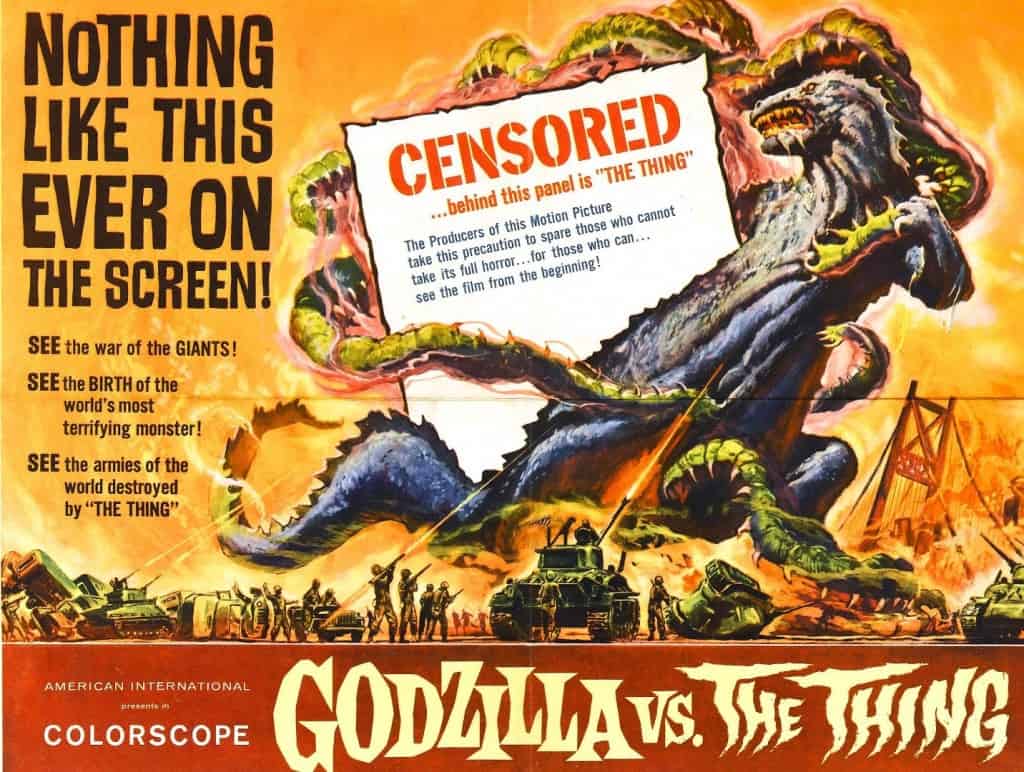 Even though everyone else in the world new that The Thing that Godzilla was fighting in this movie was actually Mothra, as the United States was the only country to change the name, they still tried to hide the identity of the monster on the movie poster. According to the image, it was because the monster was so terrifying the producers had spared the audience the horror of seeing it, with just its huge tentacles coming over the censor sign. Of course, Mothra has no tentacles. 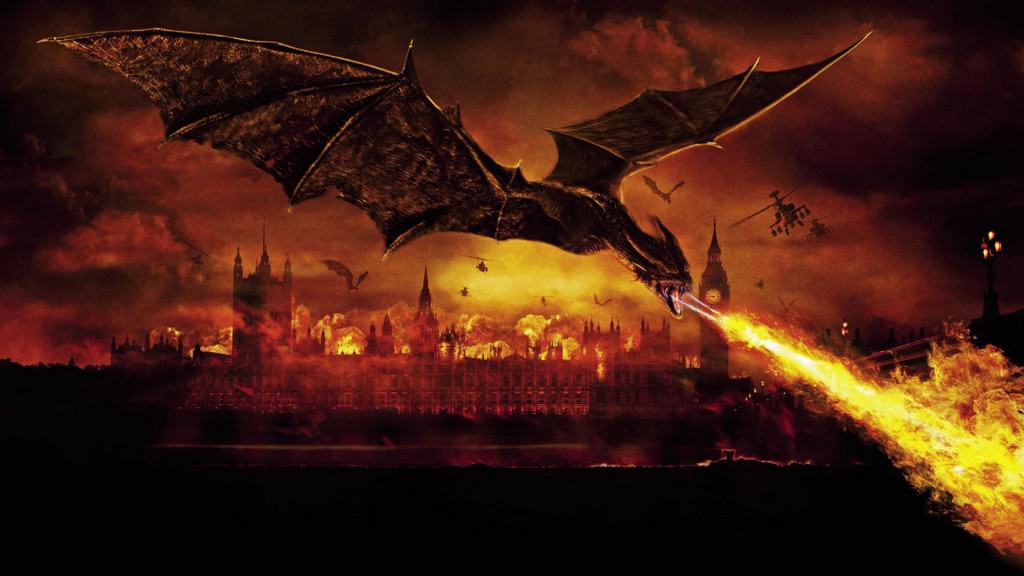 Although not the actual poster itself, the image above is the actual picture that makes up the movie poster for Reign of Fire. Unfortunately, it totally embellishes the events of the movie. It shows multiple dragons laying waste to London with their fire while military helicopters battle with them in the skies. The actual film contains none of this action, the scene is entirely fabricated, while the story actually takes place with humans hiding underground having been completely obliterated by the creatures before the start of the film.