10 Rappers Who Took Tattoos A Tad Too Far

Most people will tell you to never ever get your face tattooed if you intend to obtain any type of a career, but some people just don’t care or have already made enough money where they can truly do what they want. Rappers, for example, truly don’t care what other people think of them, and they don’t hesitate to spend their money on something they want or like. Face tattoos, for example, are something these individuals tend to wear with pride. Here are ten rappers who went above and beyond and got their faces tattooed. 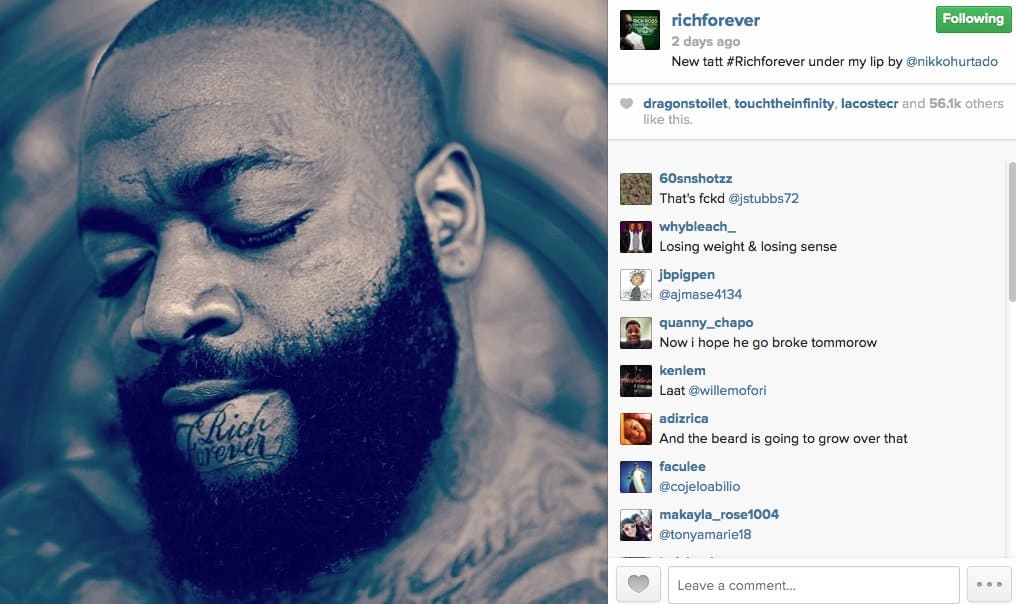 Most people know of Rick Ross because he was such a big individual for the longest time. Now, however, with most of that weight gone, you can really see all of the tattoos on his face, including the one under his lip that reads “Rich Forever.” 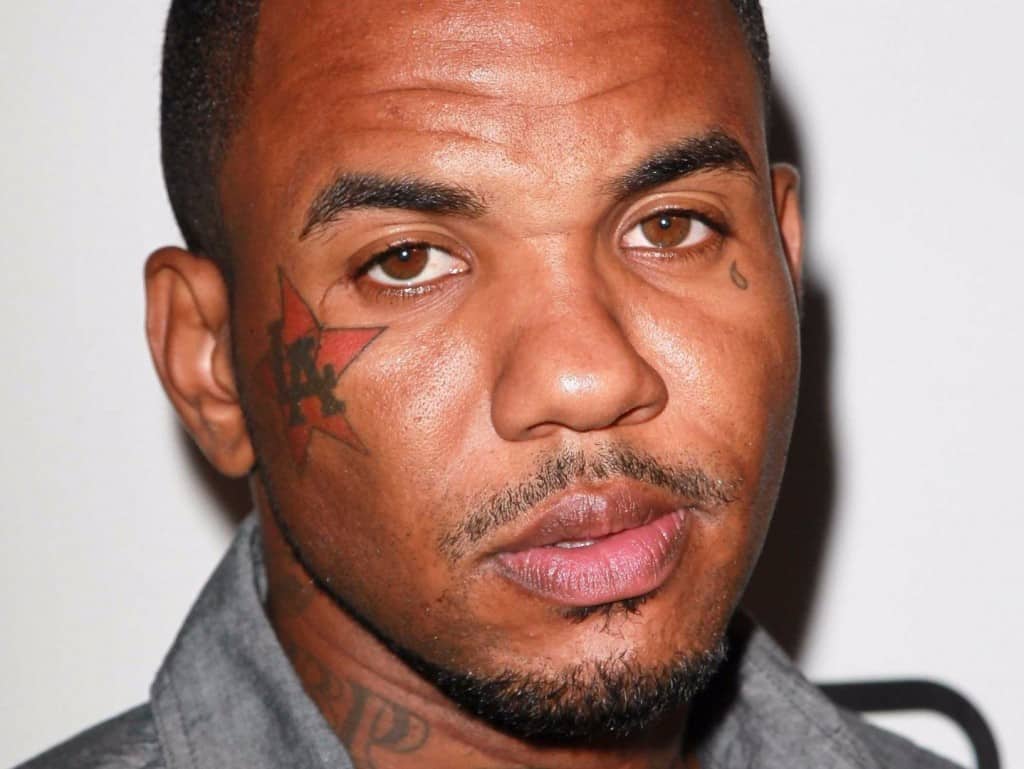 The Game, a notorious rapper and gang member, has had a logo for Los Angeles tatted on his right cheek for the longest period of time. The tattoo is a bit faded now, but was once quite bright and vibrant – as it was colored red. 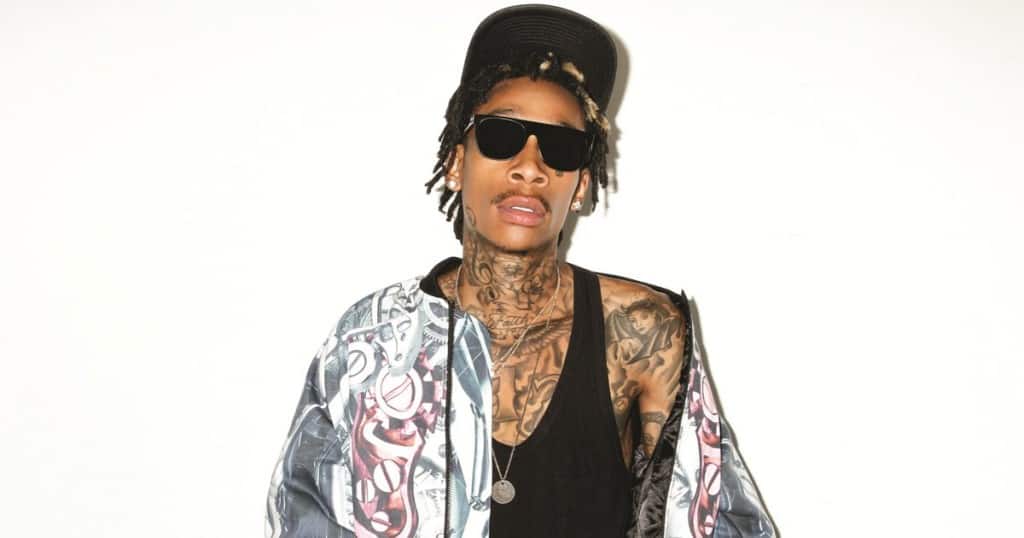 Wiz Khalifa is still quite young, but he has made a tremendous rap career and has no intention of slowing down. On his face, however, he has multiple small tattoos near his eyes and a couple on his forehead, too. 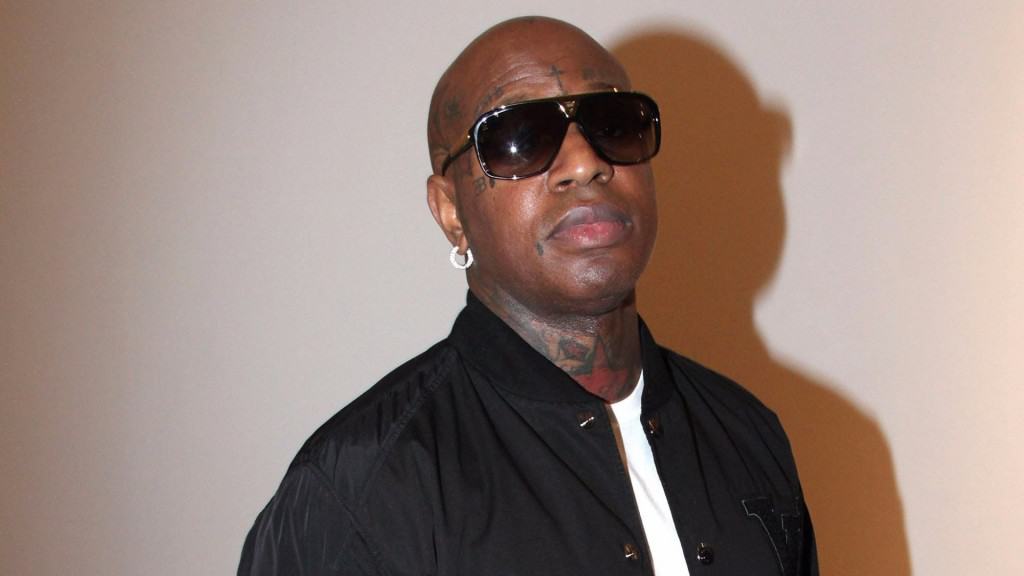 When you think of a tattooed rapper, most people will consider Birdman at the top of the list. The aging rap extroadinaire has numerous tattoos on his face, covering his cheeks, eyebrows, around his lips, and on his forehead. 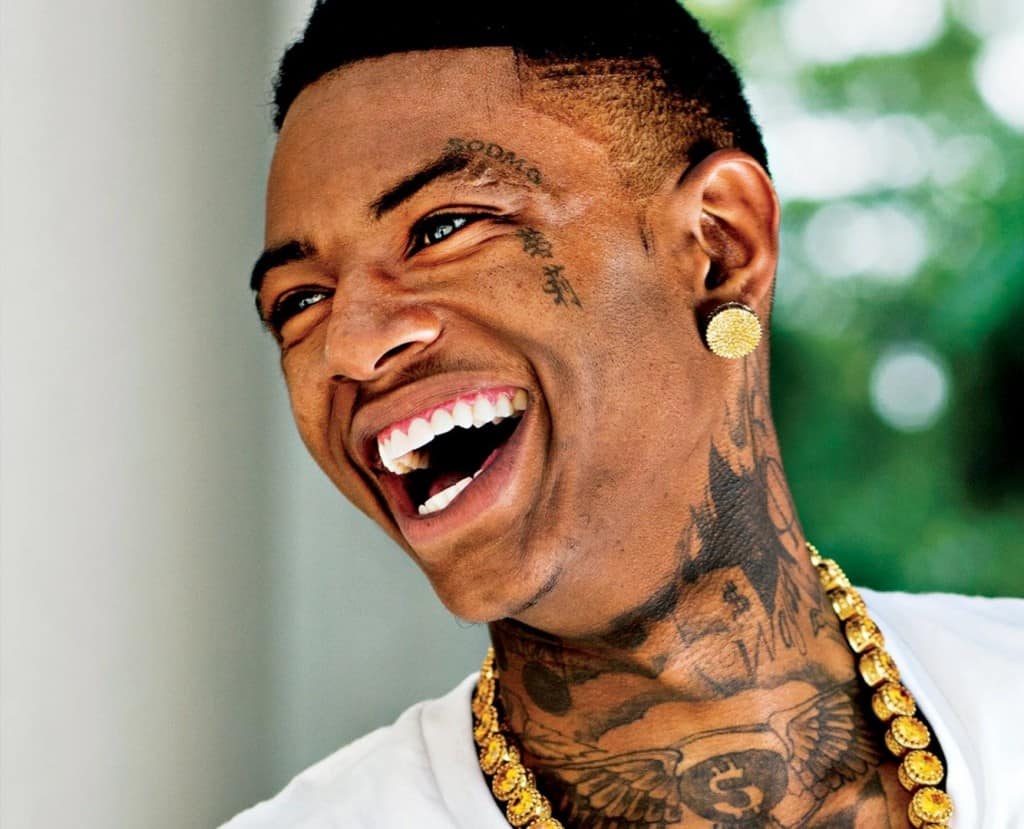 Soulja Boy, another young rapper, has had numerous ink sessions focused on his facial features. He has a few near his eyes, he had one on his forehead, which has since been removed, and another above his eyebrows. 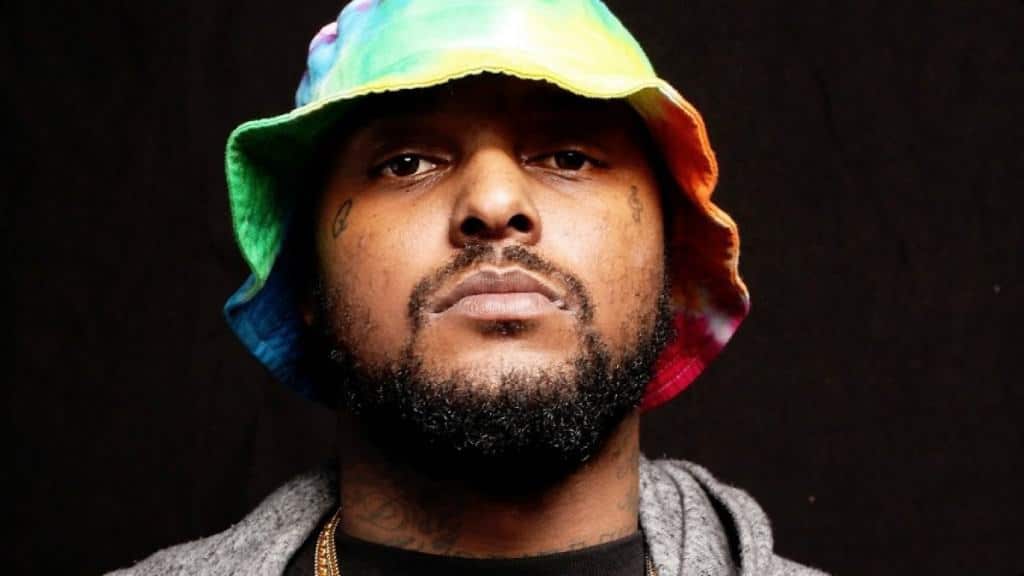 Schoolboy Q is one of the best rappers around today, and it is his music that makes him so well known. That being said, the man does have multiple facial tattoos that make him stand apart from others, including two small pieces under his eyes. 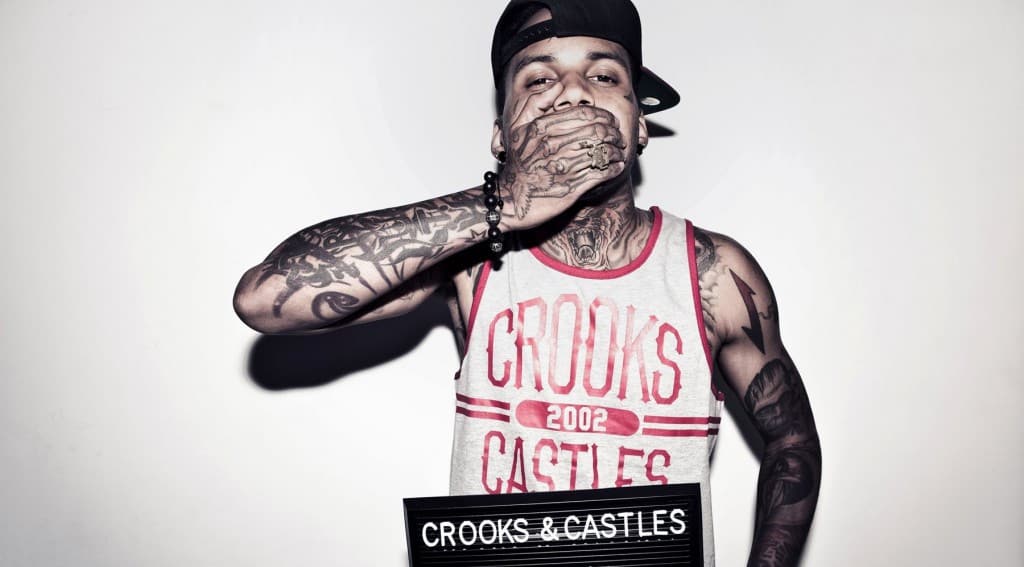 Kid Ink, as his name would suggest, is covered in layers of tattoo ink. Focusing on his facial features, however, the up-and-coming rapper, who has recently made it big on radio stations, has a few on his face and near his ears. 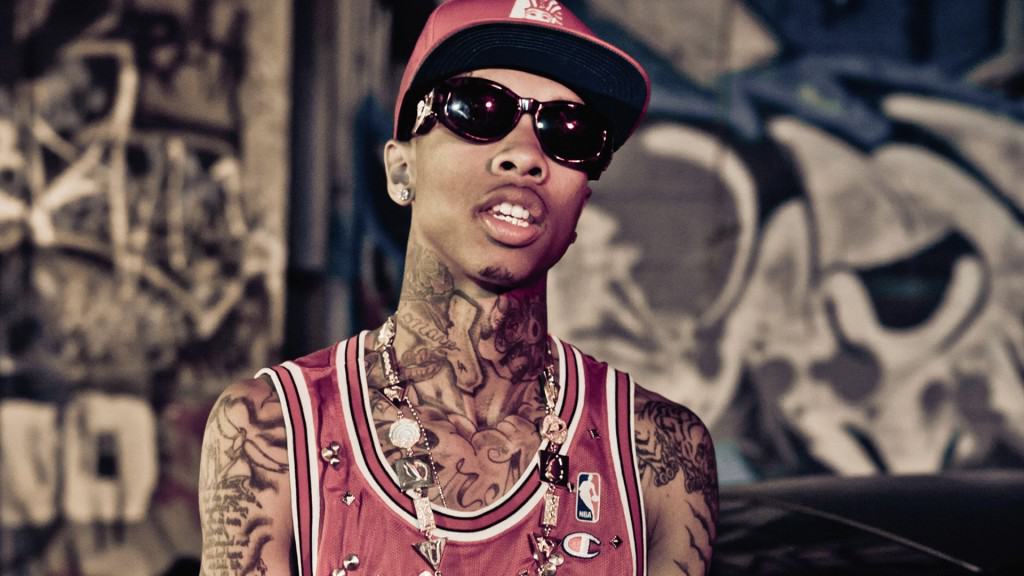 While Tyga may not have the largest of face tattoos ever, he can still be recognized for the two above his eyebrows. Both have become a bit faded at this point, but they are still legible and set him apart from other, non-tattooed artists. 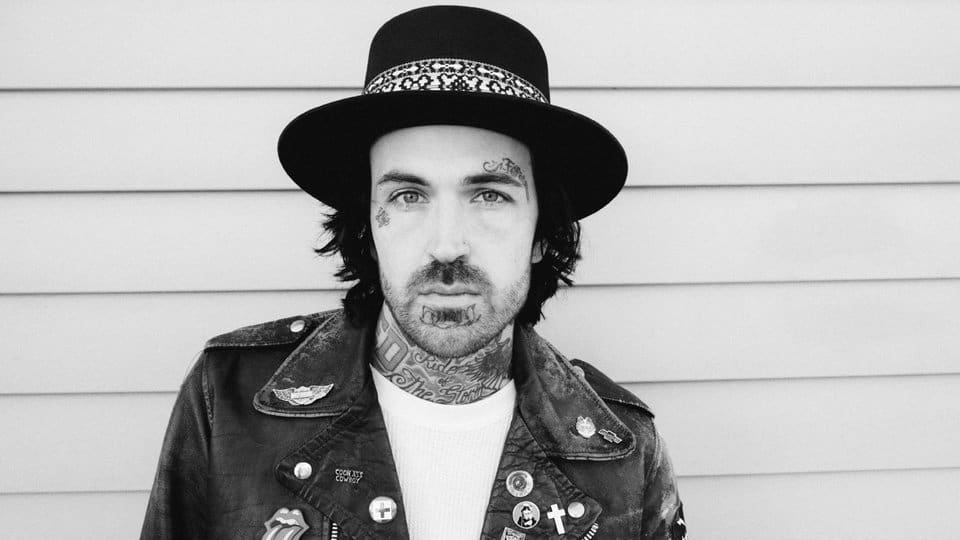 As the years have gone by, renowned white rapper Yelawolf has become more and more tattooed. His face has been a heavy focus in the past year alone, with new ink showing up under his bottom lip, near his eye, and above his eyebrow, amongst many others. 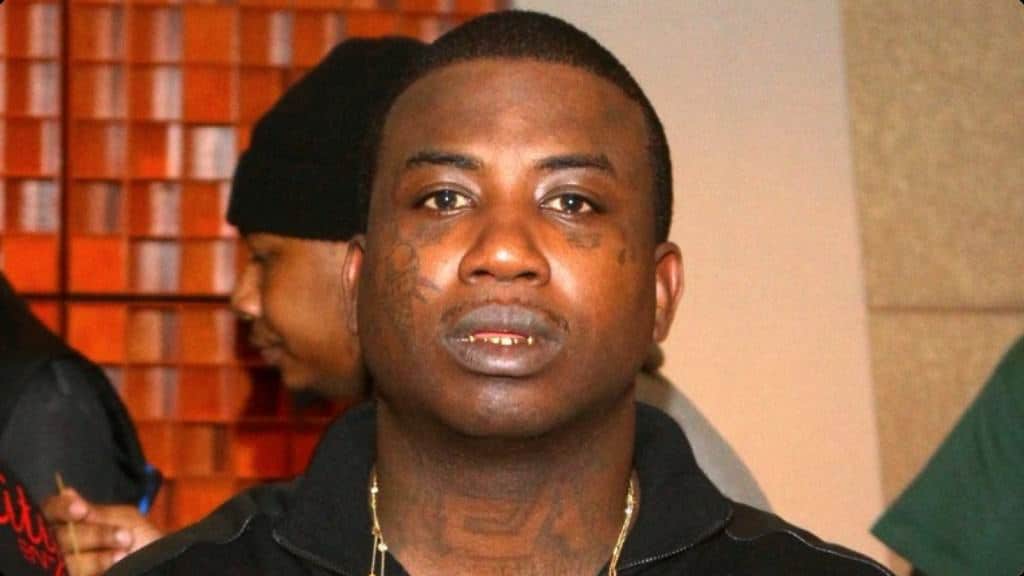 Gucci Mane has become notorious for his facial tattoos, mostly because the largest of which is so questionable and funny. The known rapper and thug has an ice cream cone tattooed on his right cheek, and it dominates his entire features.