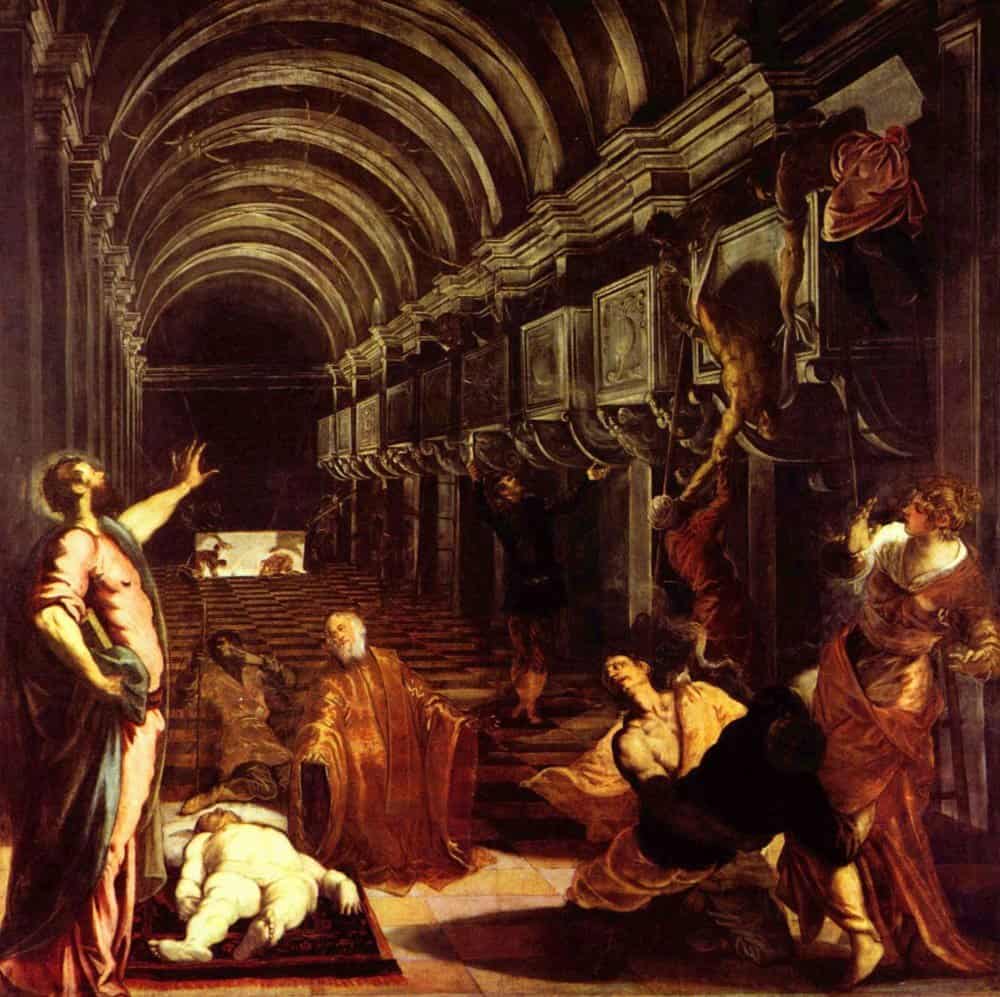 The body of St. Mark actually rested in Alexandria for some years, until a group of thieves took it upon themselves to steal the body and return it to Venice. As the group was traveling to Venice, they claimed they witnessed or underwent a number of different miracles. These days, the body is resting peacefully where the group meant for it to be. 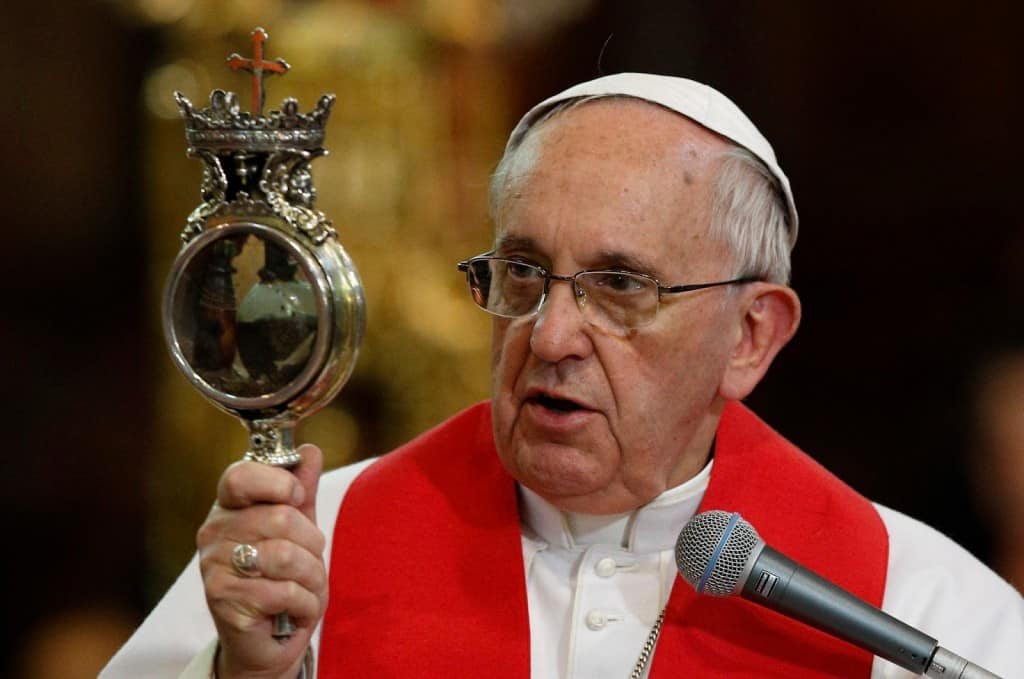 The dried blood of Saint Januarius is said to undergo quite a few miracles. The blood, taken from the decapitated body of the saint, is said to re-liquefy every now and then. In all, witnesses claim to have seen it turn back to liquid about 18 times a year. It is also said to re-liquefy every time this dried blood is placed next to the head of the saint, which has been placed in a crypt in Naples, Italy. 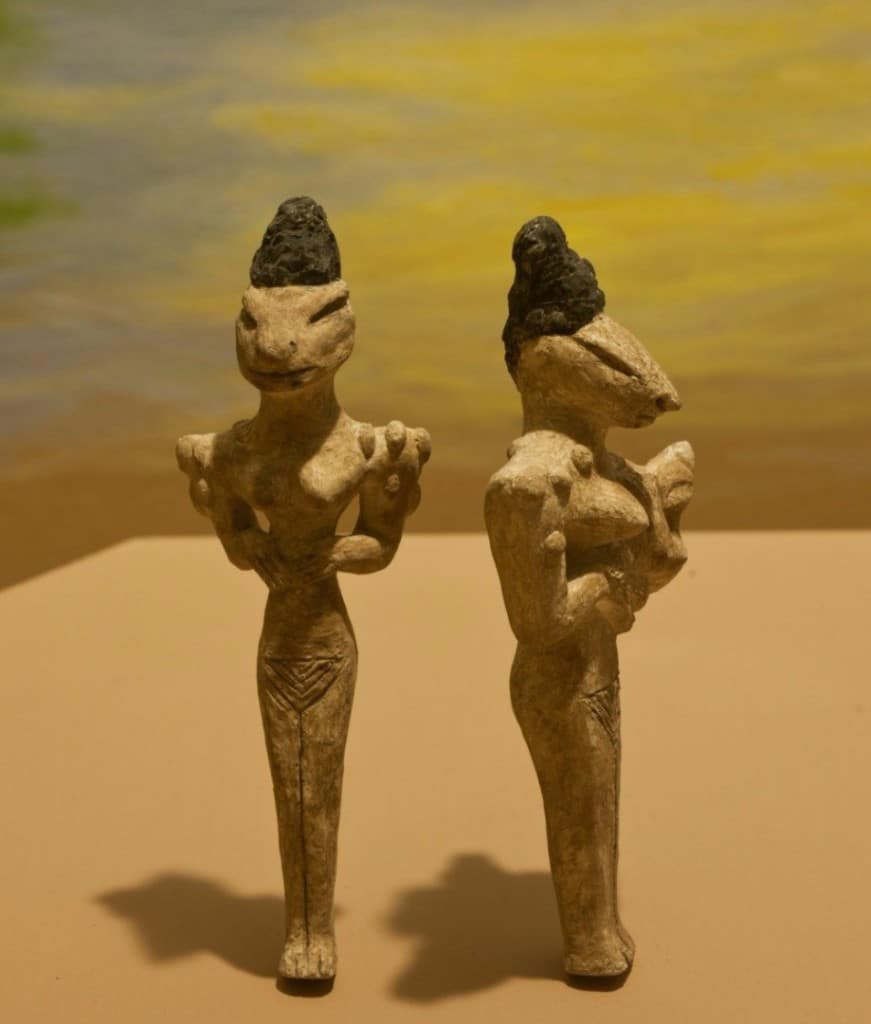 There are few religious artifacts that some say point to alien visitation more than the Ubaid Lizardmen statues. These figures were unearthed in 1919 and no one has a solid explanation for their creation. It’s possible these depict some sort of ancient god but it’s not one anyone has heard of before if it is.

The Glorification of the Eucharist 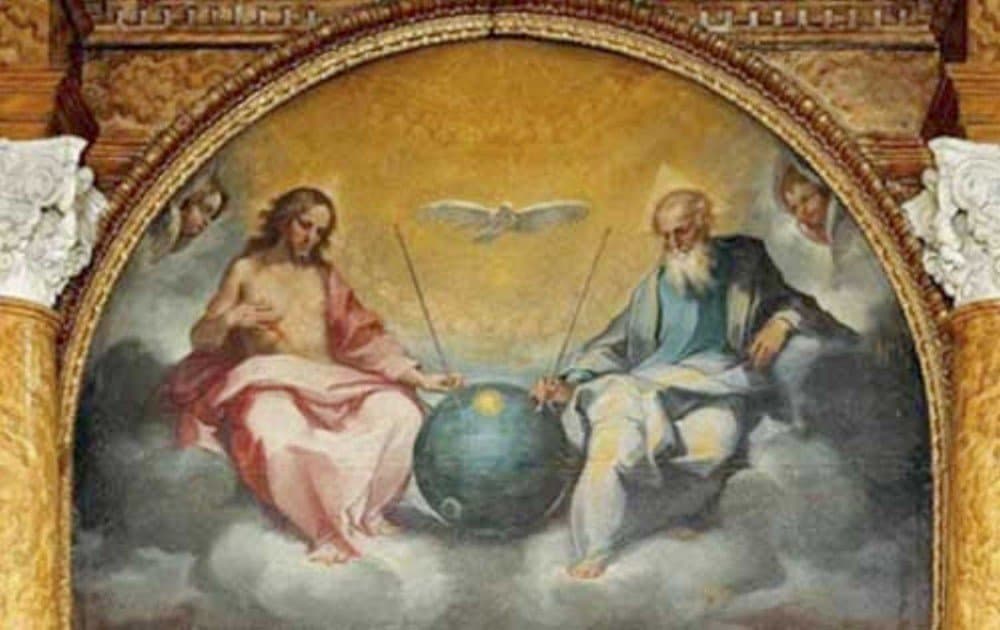 Bonaventura Salimbeni was commissioned to paint the Glorification of the Eucharist. While two of the symbols in this picture are made to show off the holiness of god, the third item has raised quite a few questions. Just what is with the antennas? Is it supposed to hint at aliens? This artifact counts as one of the weirdest for that reason alone.

Apparently, at one point in religious history, a priest had Mary prove she was a mother by extracting her breast milk. Since that time, vials of milk, which were all claimed to be from the Virgin Mary made their way around the countryside. 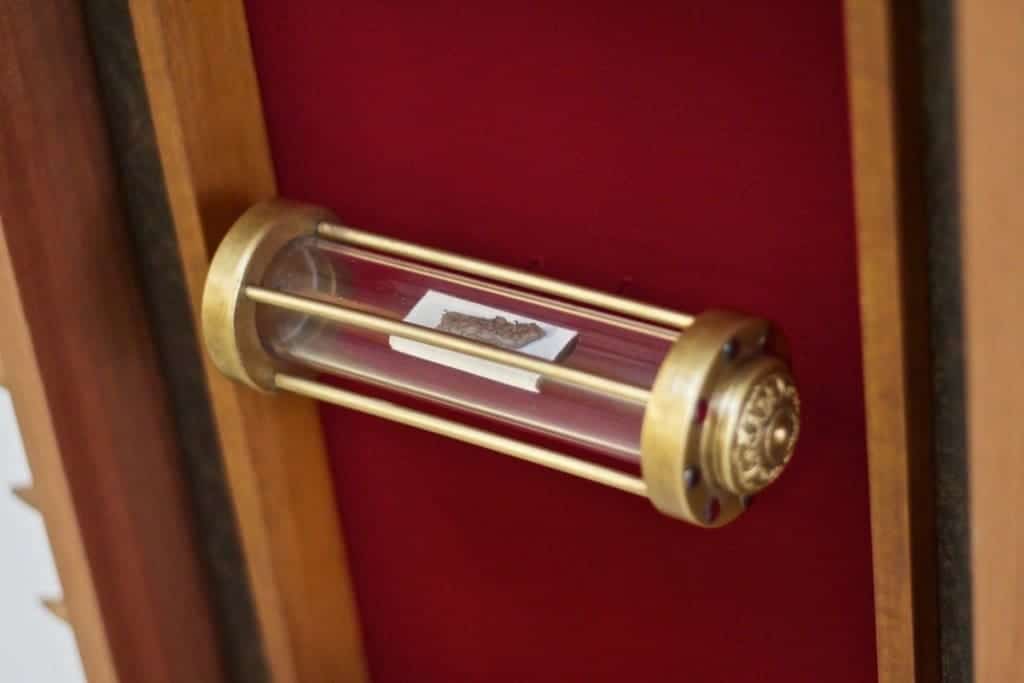 According to The Bible, Jesus was circumcised after his birth due to Jewish tradition. Whether this is true or not, the “holy foreskin” was a religious relic that was much sought after, especially during the middle ages. At the height of this mania, there were as many as 18 different churches claiming to have possession of the Holy Prepuce. 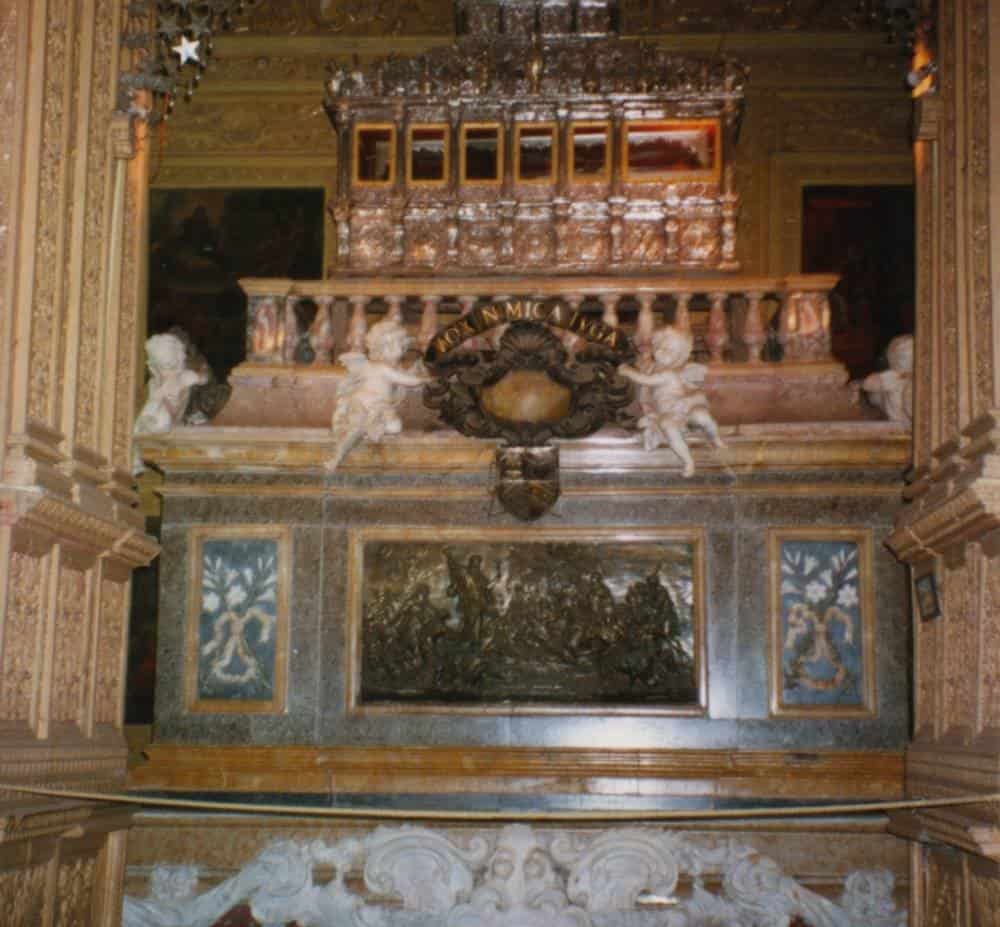 The body of Saint Francis Xavier has become a number of different religious relics, thanks to the fact that he’s been cut up and spread around the world. People have even taken some parts of him as a personal relic.

The Tongue of Saint Anthony of Padua 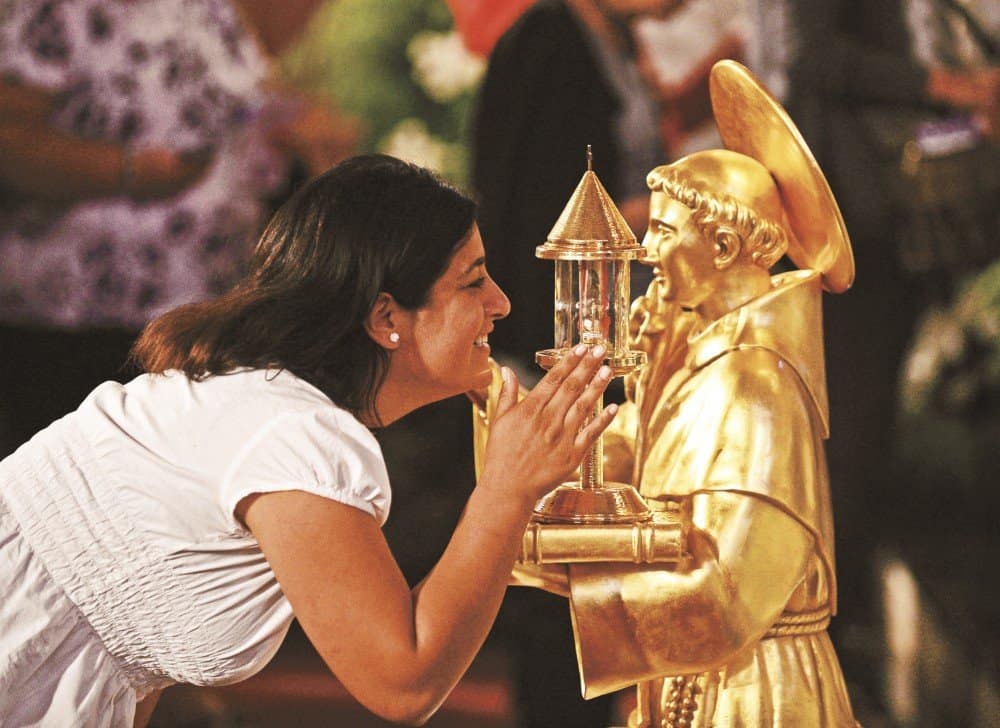 In 1231, Anthony of Padua died of ergotism at the Poor Care monastery at age 35. Thirty years after his death, his body was exhumed and while most of it had turned to ash, his tongue was said to be fresh and wet, as if it were still alive. These days, people look at it as a kind of religious artifact.

The Stone Head of Guatamala 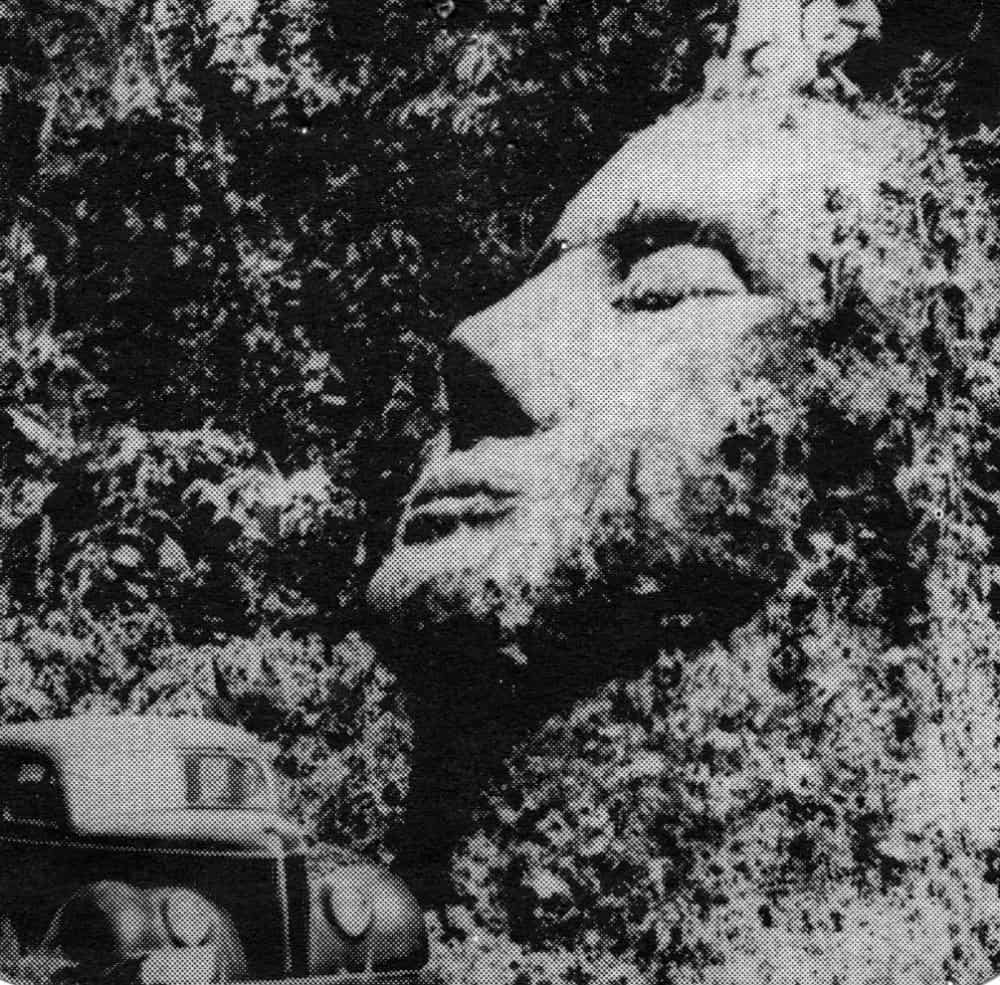 In 1950, explorers found a gigantic stone head, whose history is still not entirely known. Some scientists believe it is from a religious civilization that predates the mayans. Others claim it’s actually a relic of some sort of alien race. Still others consider it a hoax. Those who think it is real believe it has to be a religious relic. 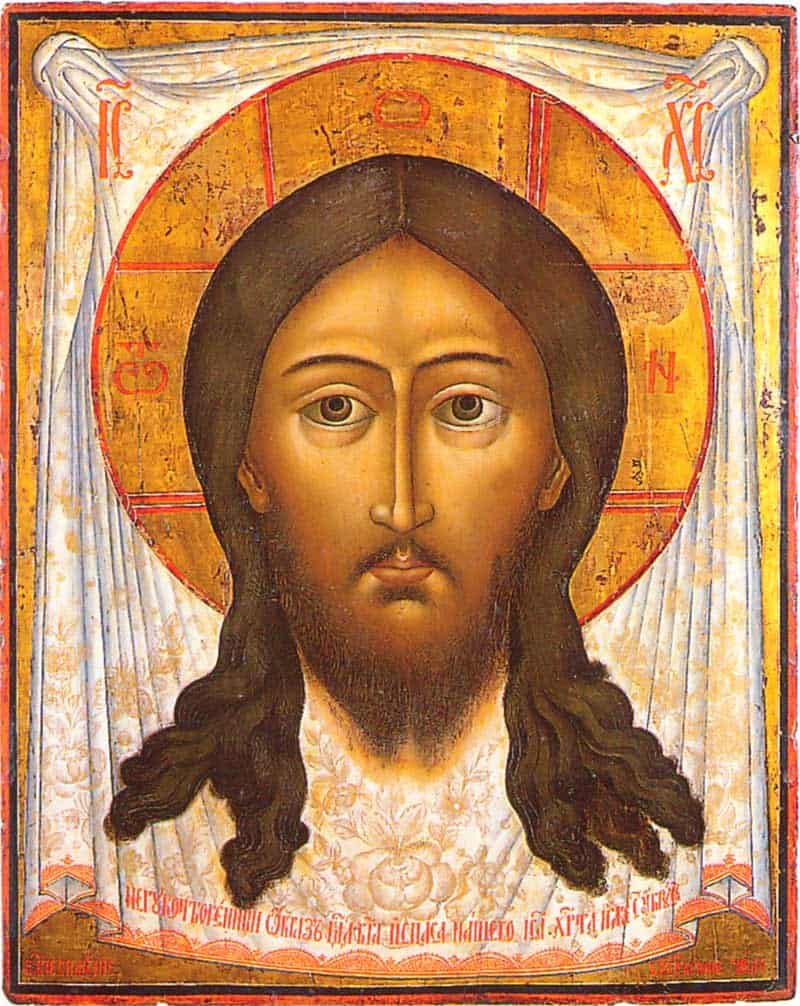 While there have been all kinds of items that have reported to have the face of Jesus on it, the very first is called the Mandylion of Edessa. This is a towel that Jesus supposedly used right before his crucifixion.