10 Of The Most Hilarious Autocorrect Fails

Artificial Intelligence and machine learning algorithms are serving the purpose of bringing us more seamless experiences. Take Google Images for example – it provides people with a fast and efficient way to search through billions of photos online. However, as machine learning is after all a computer algorithm, it can often make mistakes. And while we tend not to notice most of them, when it comes to autocorrect, there is simply to way to avoid a mistake made by your phone. Often times, these mistakes are extremely funny, because they completely change the meaning of the message. Thus, without further adieu here are 10 of the most hilarious auto-correct fails ever. 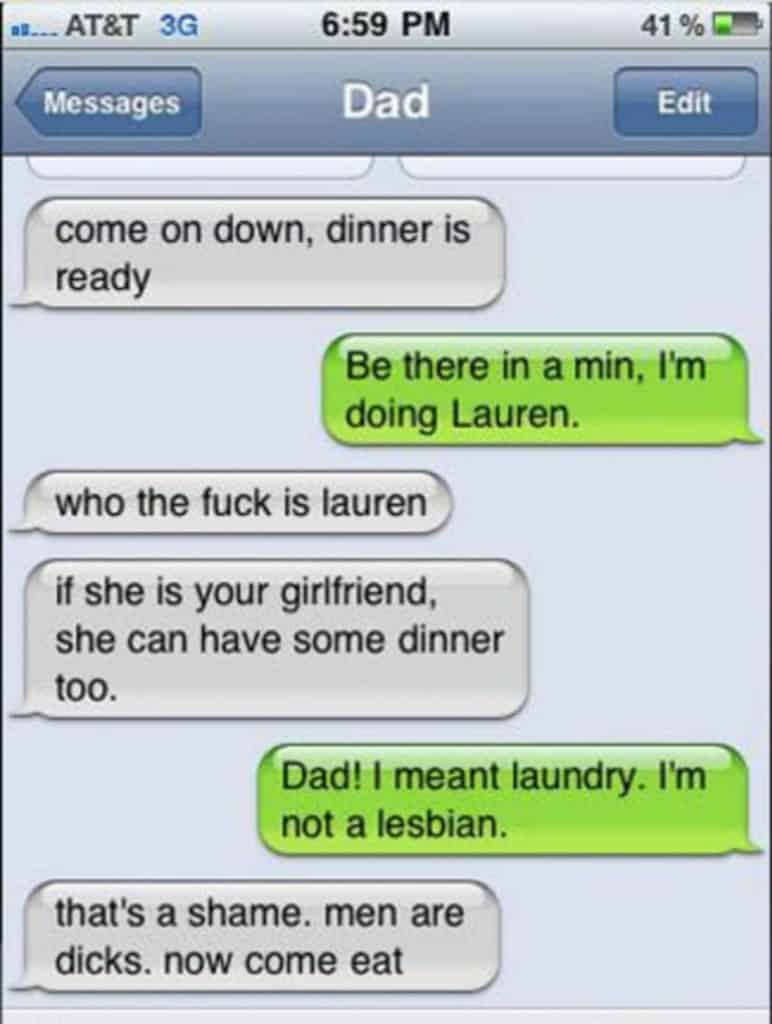 This daughter definitely did not want to seem like she’s a lesbian, but autocorrect surely made for a hilarious situation. At least her father is progressive and doesn’t mind! 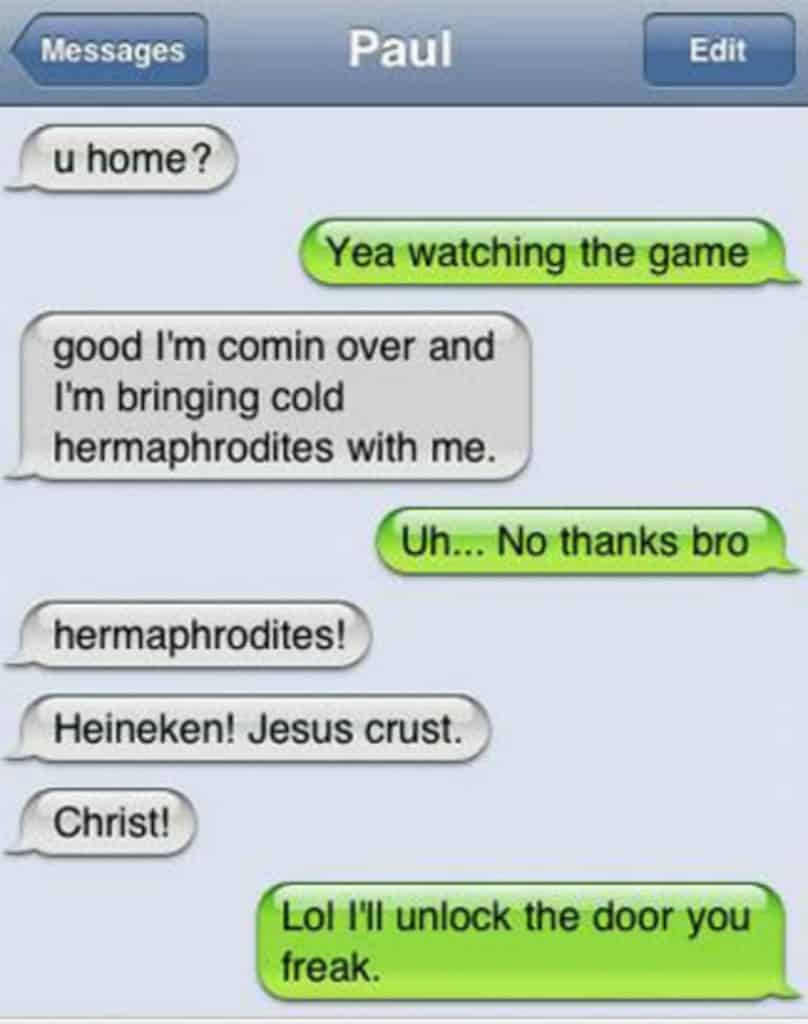 Watching a game? Why not bring some hermaphrodites around, your friend will love it! 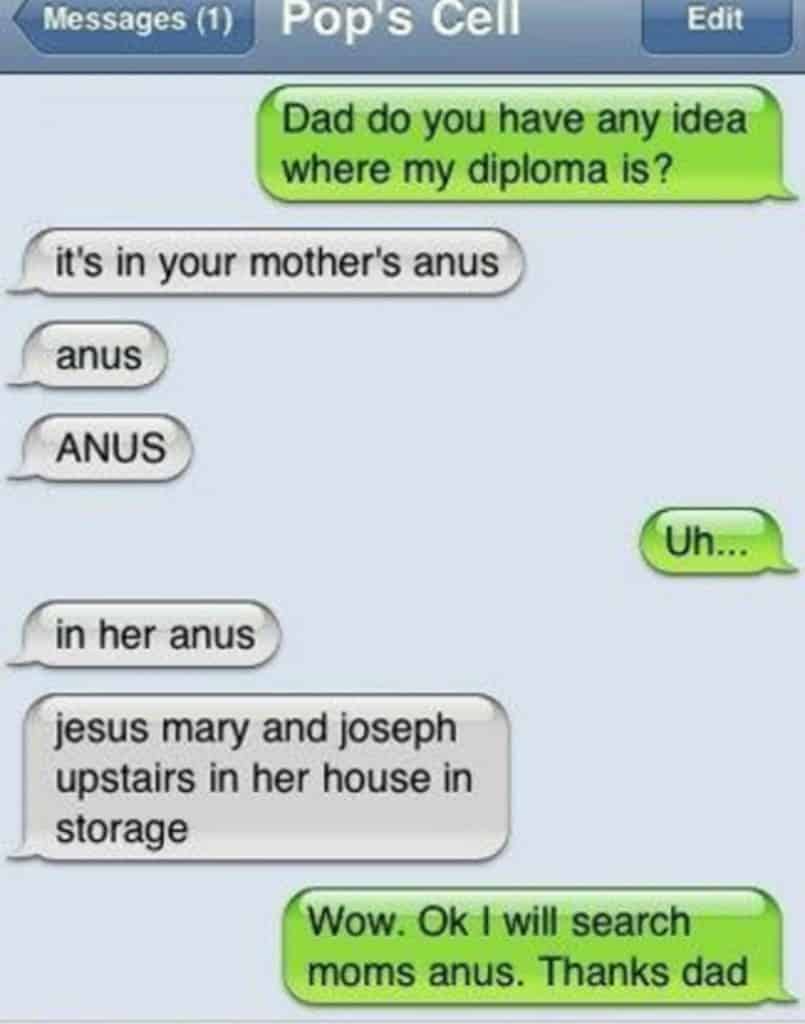 This father definitely did not want to be in this situation, explaining to her daughter why he wrote that!

Sleeping with your Shirts 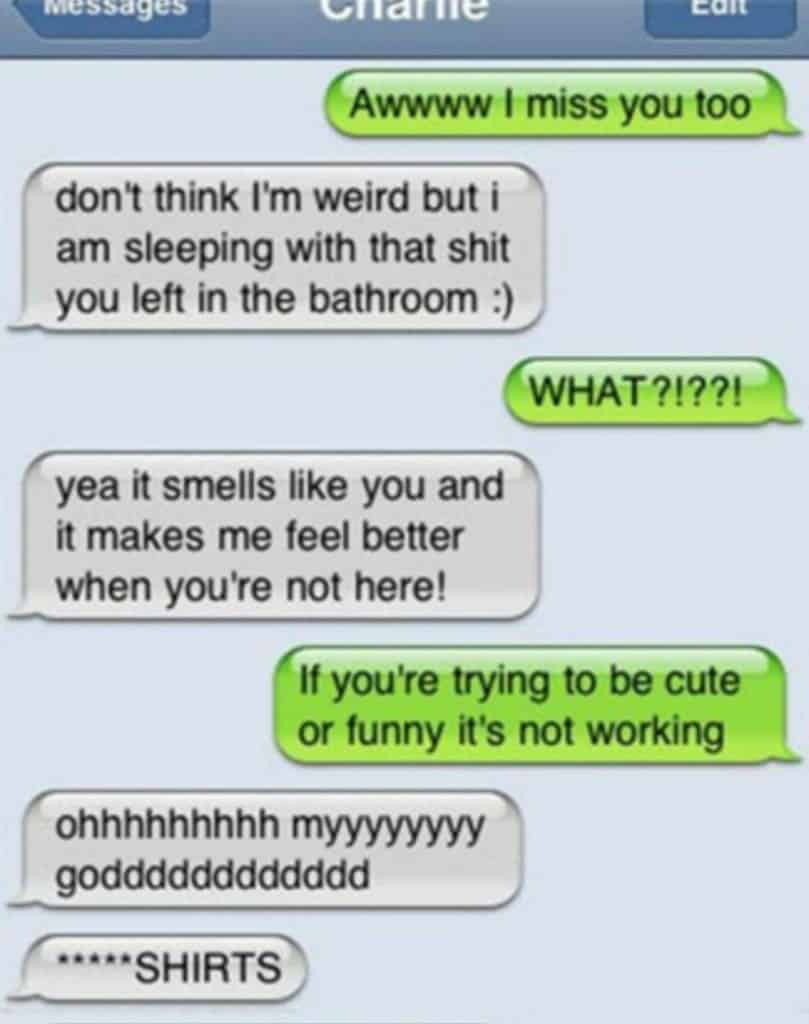 This boy definitely had a heart attack when she read what his girlfriend was doing. Good thing they fixed everything up, before it was too late. 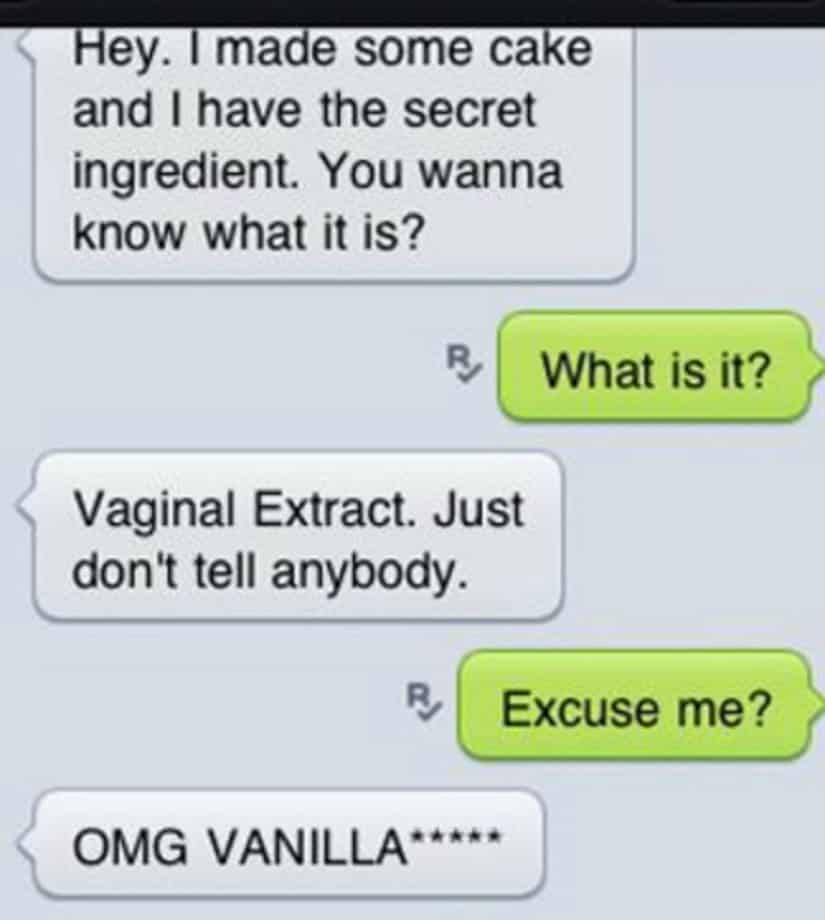 This secret cake ingredient would definitely be something interesting. Good thing it’s not a real thing! 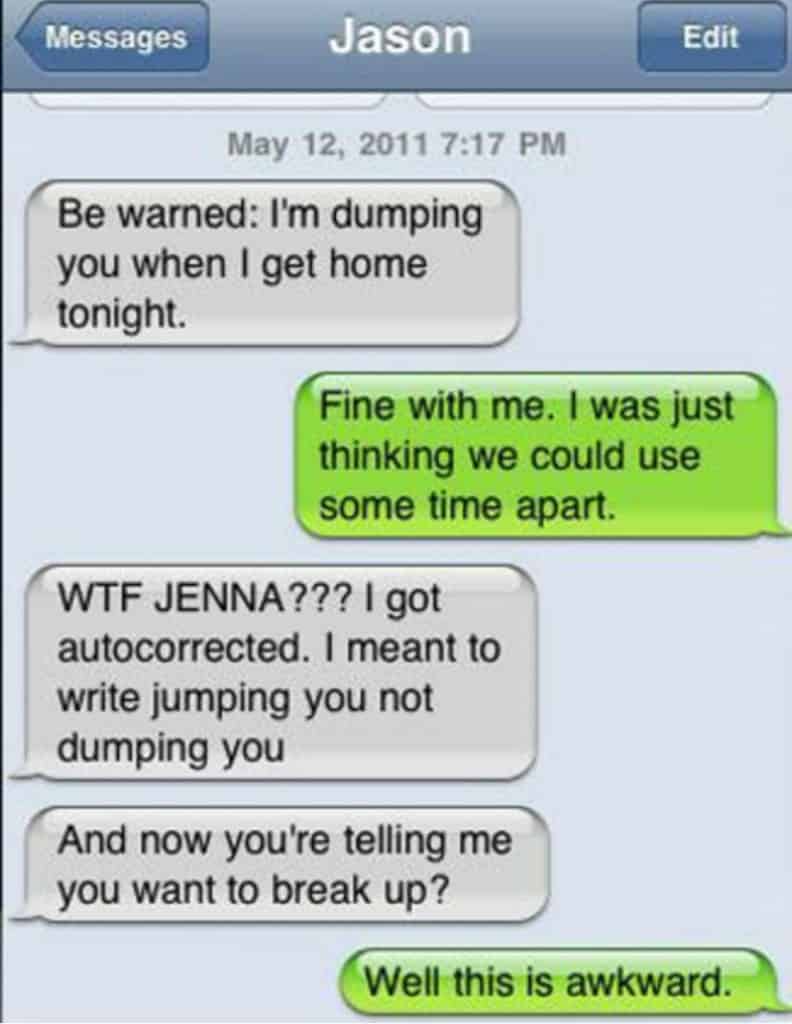 This autocorrect conversation definitely brought up some issues these two already had.

The CIA is Watching

This autocorrect fail has definitely shown up on CIA’s radar, when this guy was only trying to explain what he was having for breakfast. 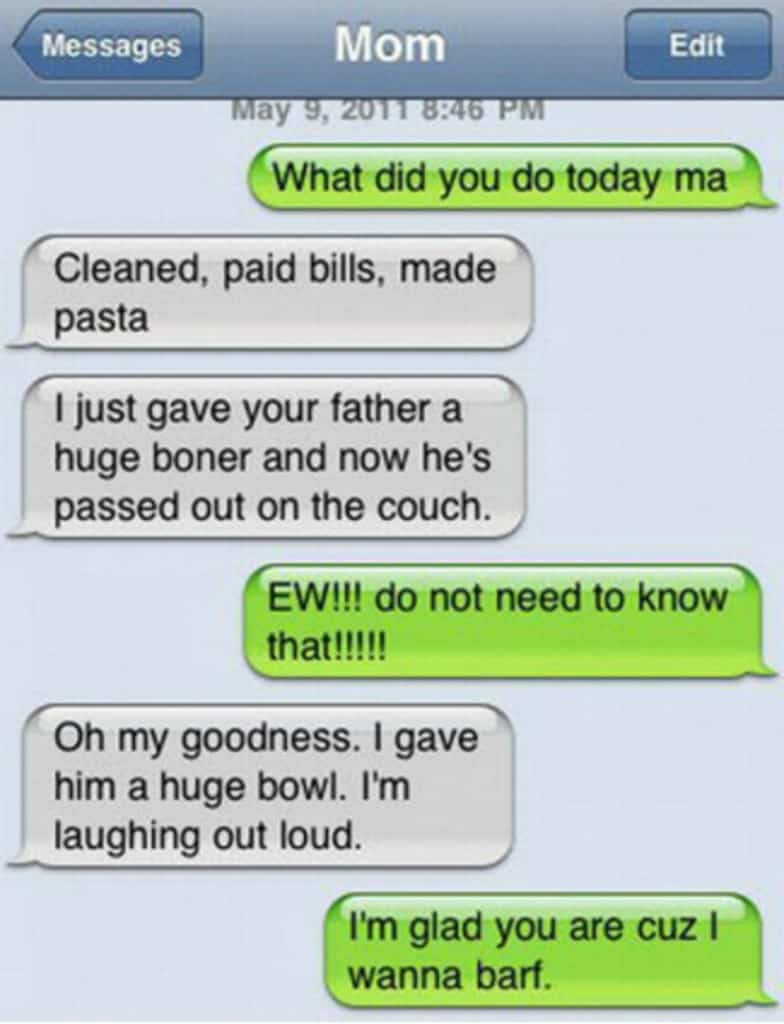 This daughter got more than what she had asked for when asking her mother what she was doing. She is definitely going to need some theraphy now! 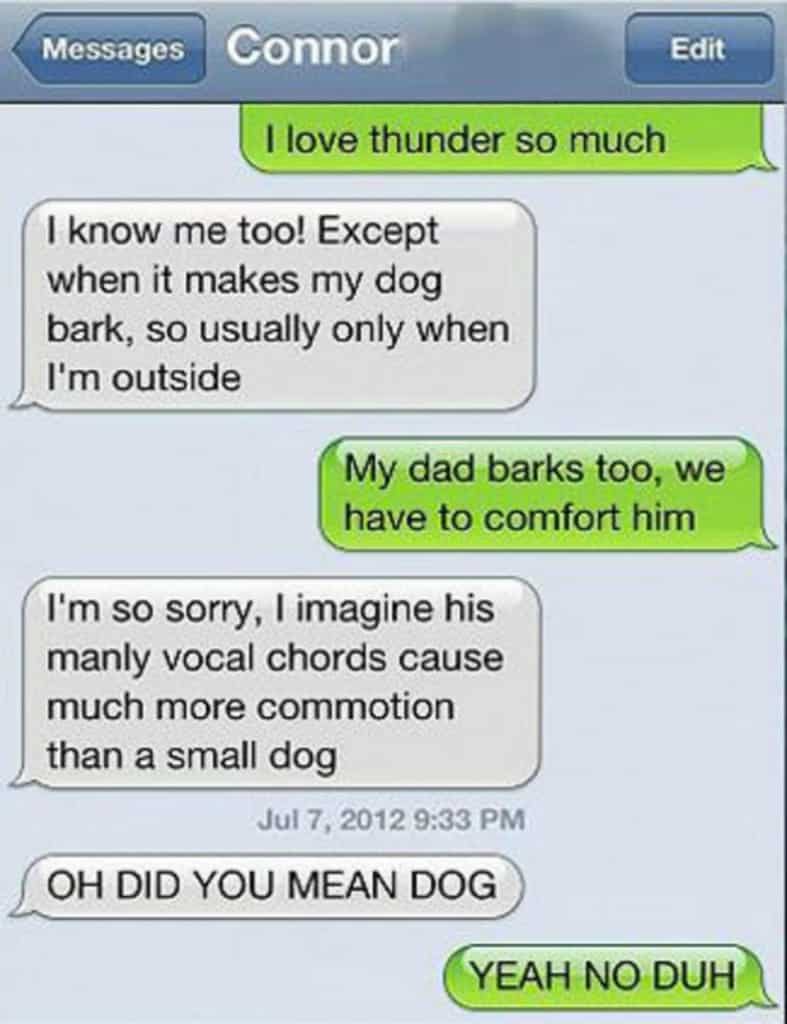 It would be interesting if this girl’s dad actually barked when there was a storm. Oh, well! 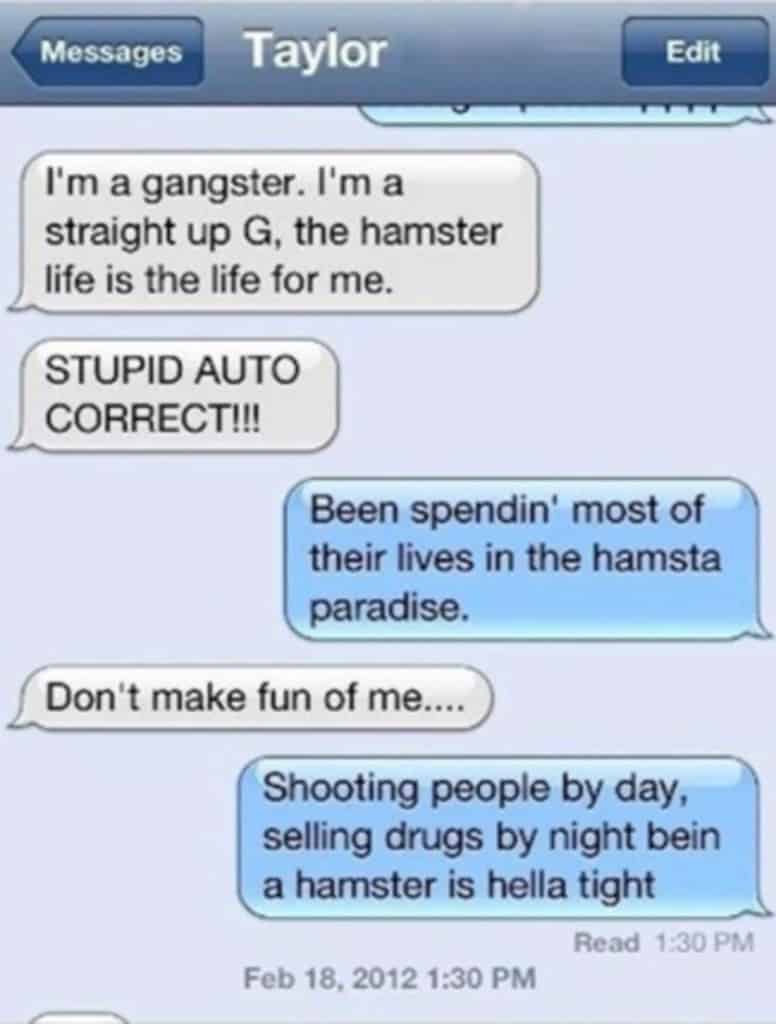