10 Of The Hottest Weather Reporters In The World

Figuring out just how much you can trust the weather report is an everyday occurrence. We’ve all seen and heard the stories of the weather reporter who told us it was going to be a beautiful sunny day, only to have it rain for 12 straight hours. No matter how good at their jobs they might be, there are always going to be some reporters who simply get it wrong. It’s a lot easier to take those wrong reports when the person giving you the report is knock down, drag out gorgeous. That’s why we’ve given you this list of 10 of the hottest weather reporters in the world, so you can get good news or bad and not even care if its right. Check it out and let us know what you think. 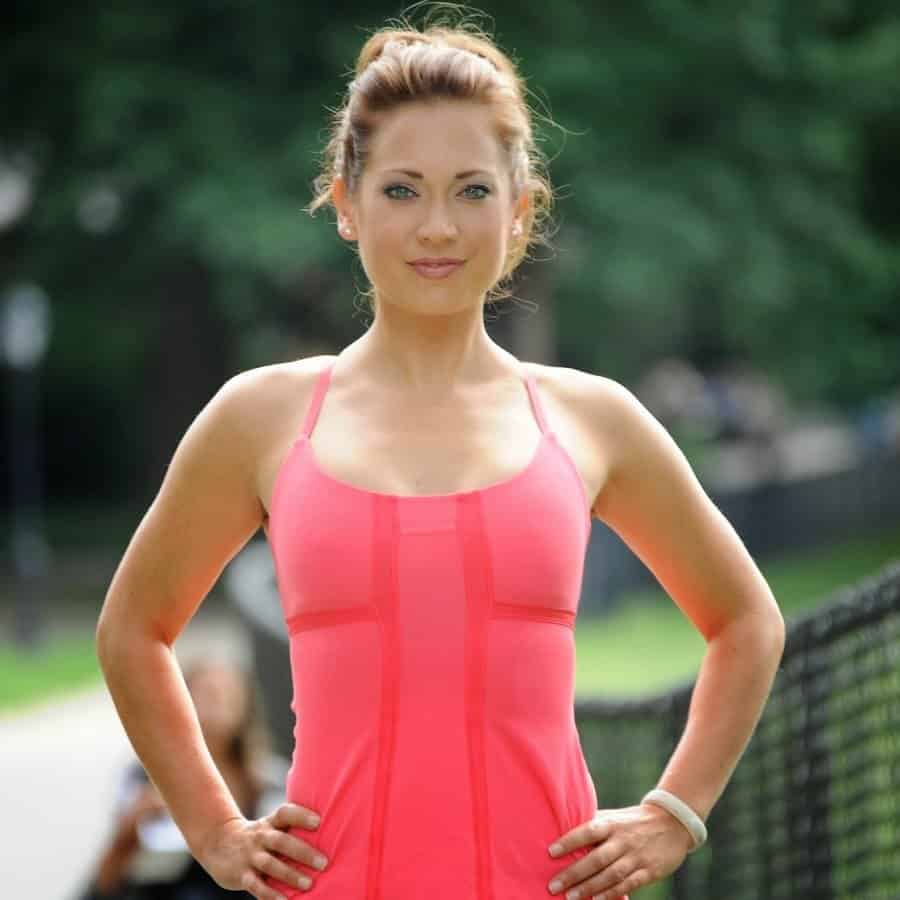 Ginger Renee Colonomos, known by her nickname Ginger Zee, is the current weather anchor for Good Morning America and ABC World News Tonight on ABC and before that was their weekend weather anchor. The girl has made a name for herself for her bubbly personality and stunning good looks, as well as her willingness to attempt some crazy stunts from time to time. 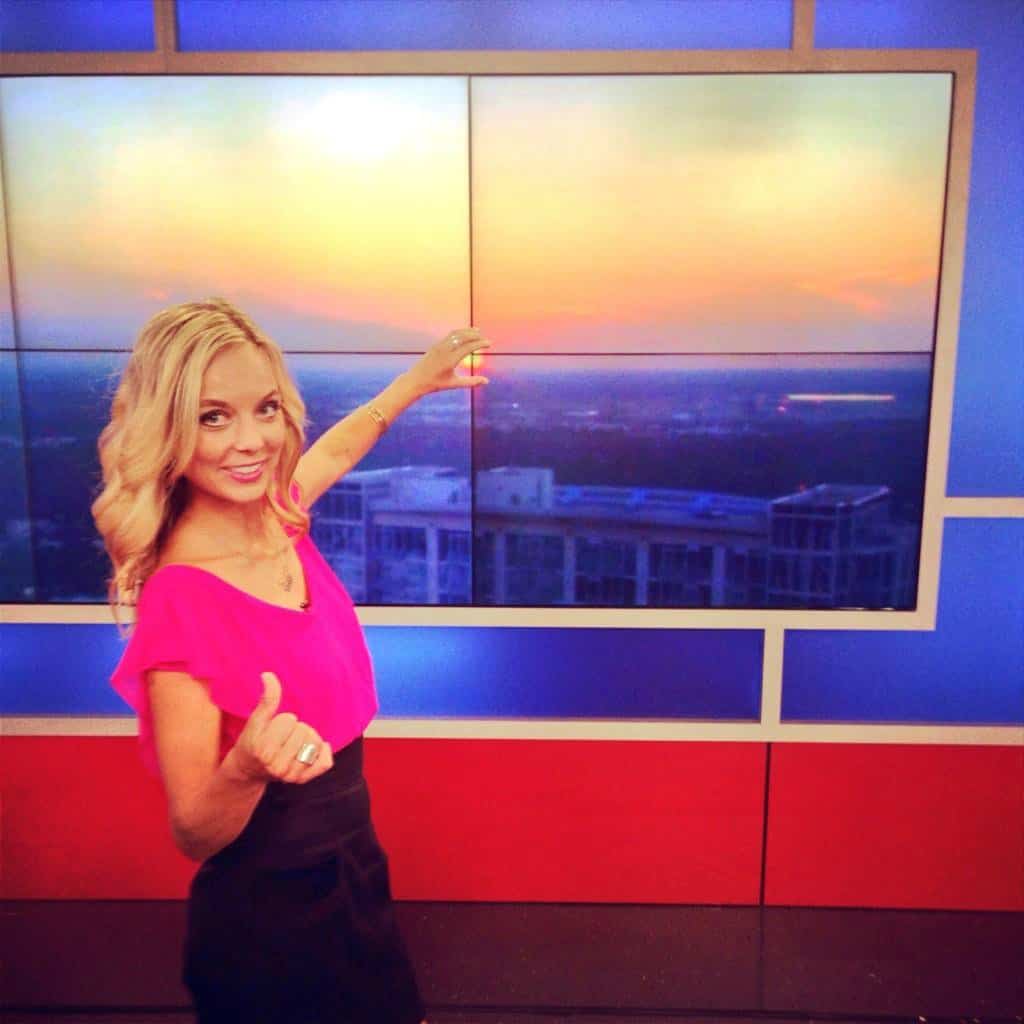 Molly works as a Meteorologist and Traffic Anchor at WOFL Fox 35. While she’s known for her weather delivery, she’s also know for her turns in a number of on-screen performances in movies such as The Grand Budapest Hotel, The Mechanic, and The Last Day of Joseph Goebbels. She’s certainly good looking enough to be a big screen star. 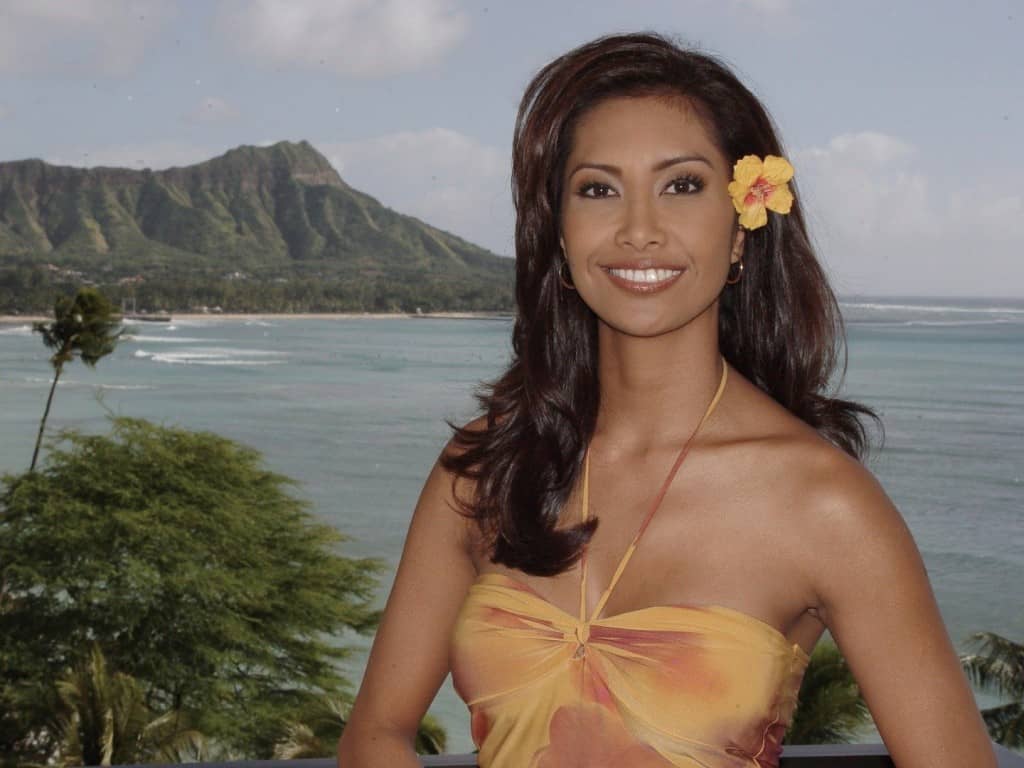 Maria Quiban is another weather reporter who makes watching the weather a priority for most Americans living in Los Angeles. The Hawaiian-born reporter has also taken a turn in the entertainment world appearing in Cold Case, Bruce Almighty, Criminal Minds, and Everybody Hates Chris. 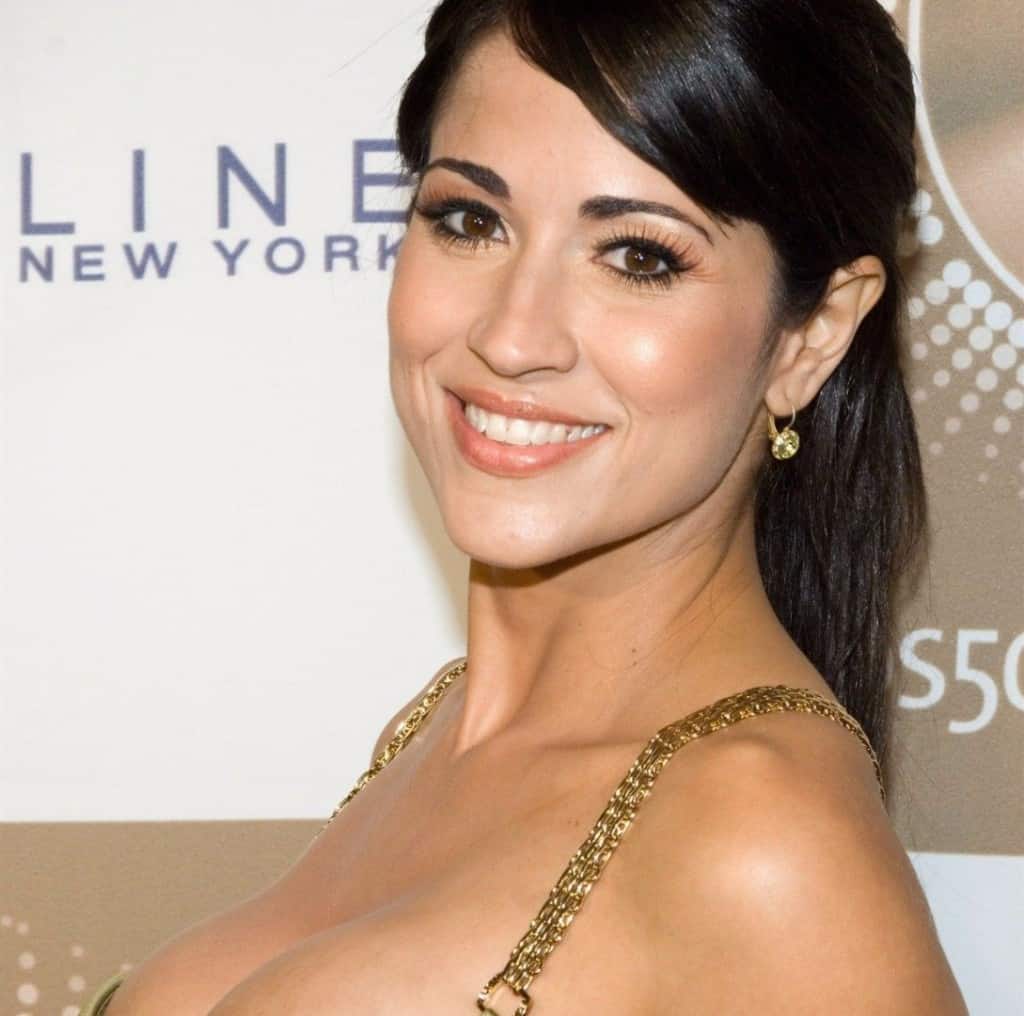 No, Jackie Guerrido is not a super model. She actually is a weather reporter though she inexplicably started her career on the radio. Not suprisingly, this little hottie from Puerto Rico also has some beauty pageant wins under her belt. 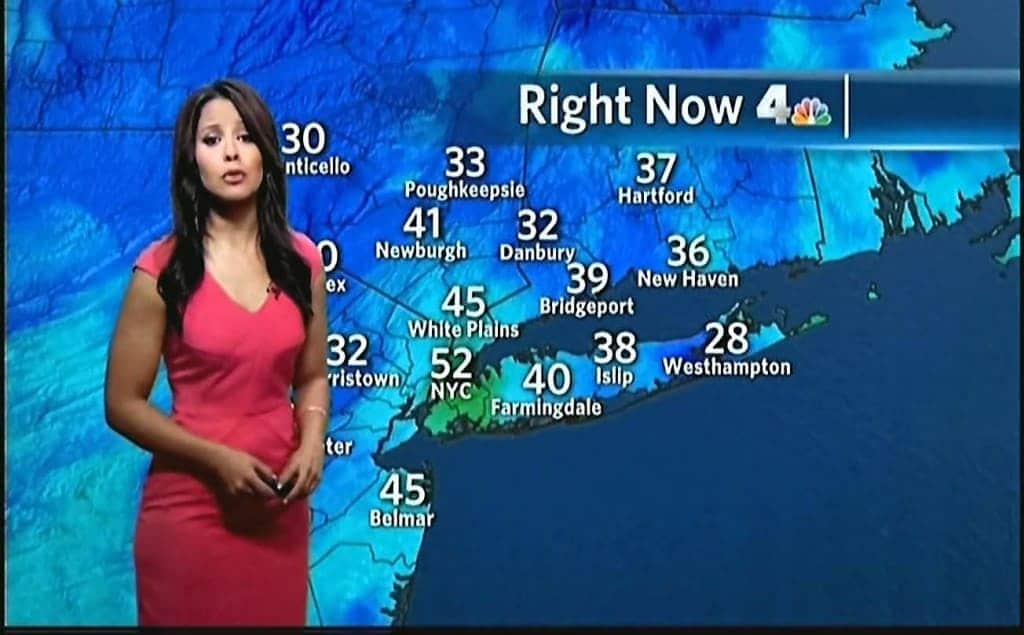 Domenica is currently working for NBC 4 New York and joined the station in July of 2010, coming in from Fox News where she worked for close to three years. This weather hottie graduated from Boston University with a Bachelor of Science in Broadcast Journalism and she also studied Broadcasting in Mississippi State University. In other words, she’s not only smoking hot, she’s probably smarter than you. 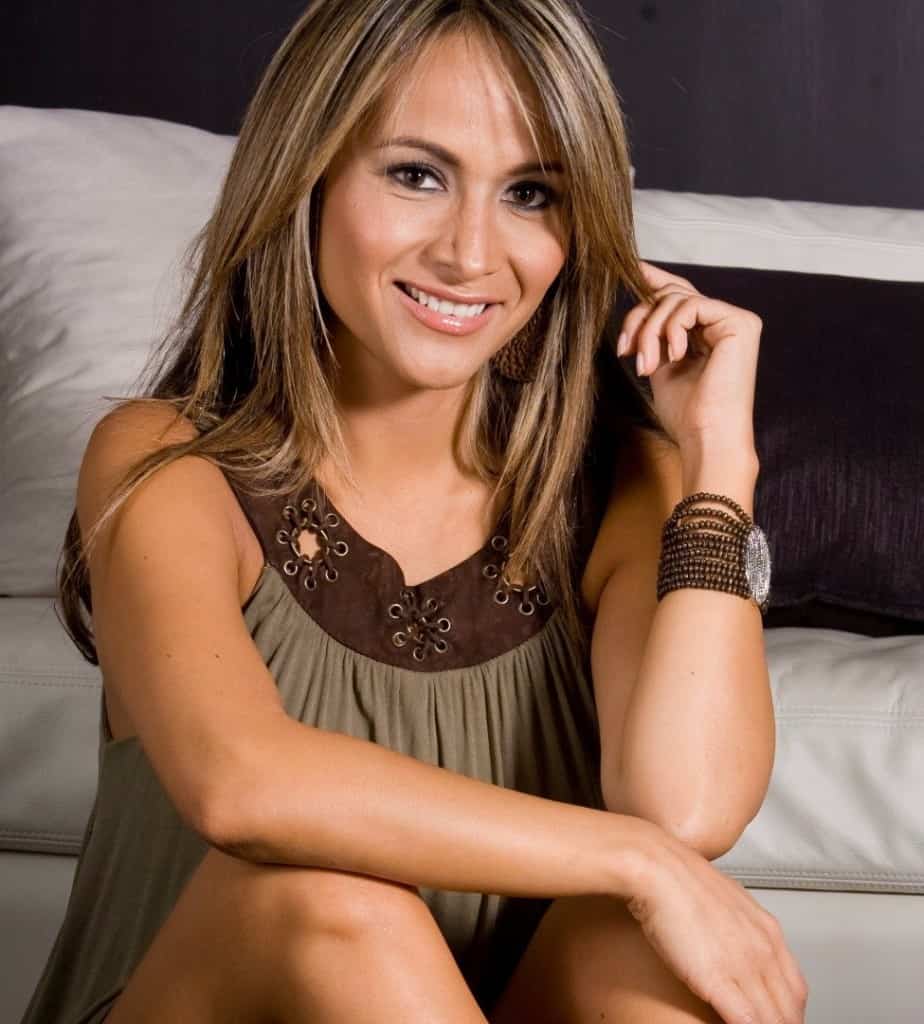 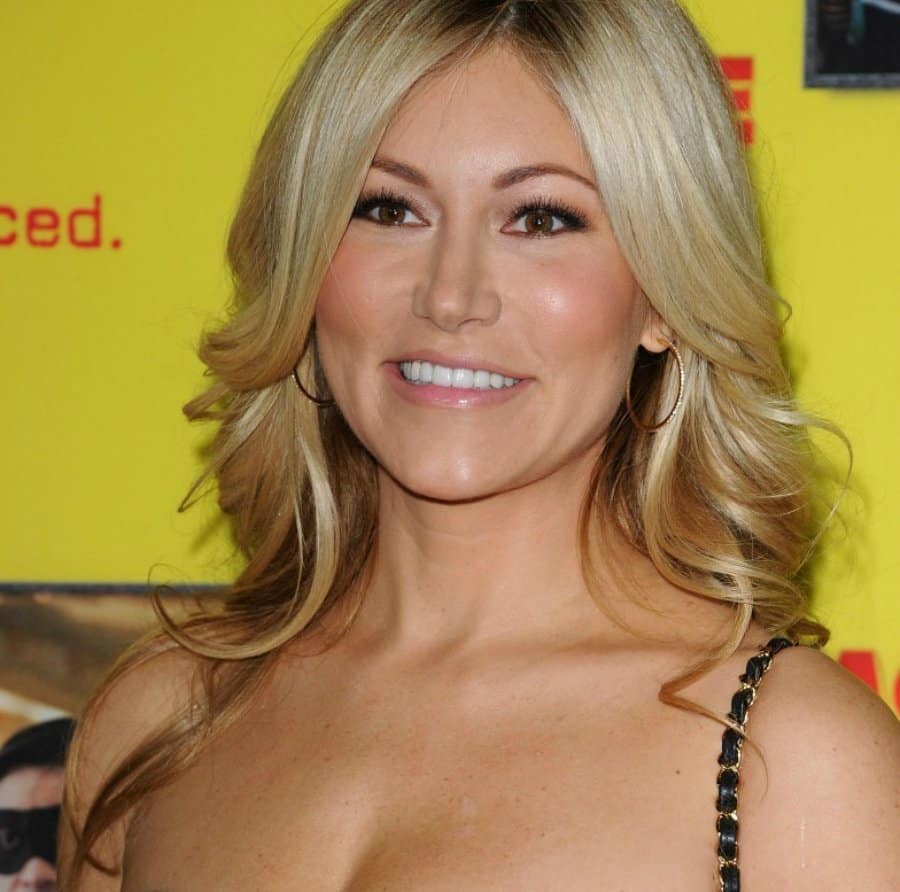 Jackie started studying her meteorology degree at the University of South Alabama, though she eventually graduated with a degree in broadcast journalism from the Middle Tennessee State University. She’s worked on networks all over the south but she’s also had gigs on the West coast. Wherever she’s been she’s been the hottest woman on television news. 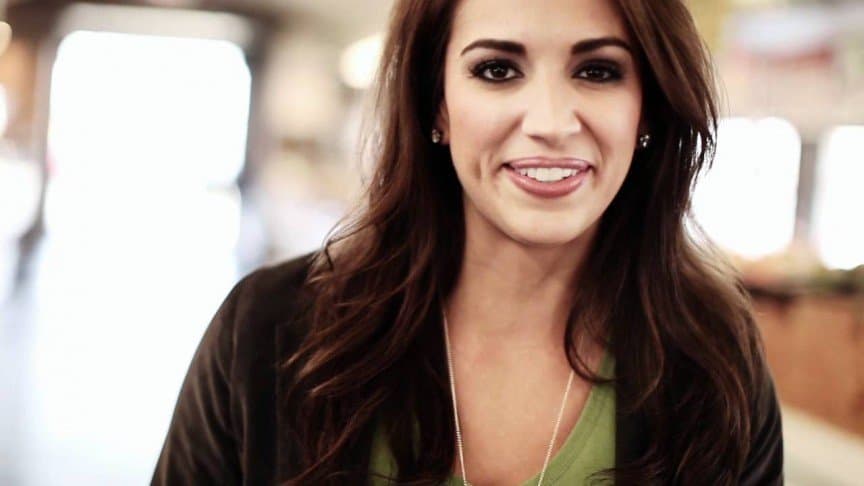 Kristi has both brains and beauty because she graduated with honors, receiving a Bachelor of Science degree in Broadcasting and public relations from the Evangelical University. Despite those brains, she’s also the weather reporter who once called Lady Gaga’s performance a jigaboo, apparently not understanding that was a term you don’t use in polite society. Her hotness has allowed us to forgive her. 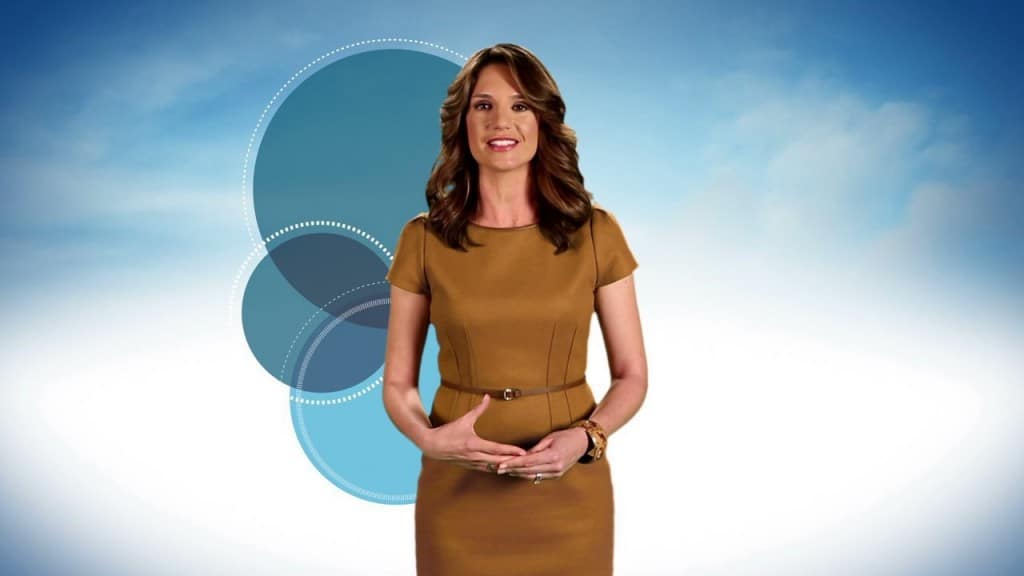 Maria has had a storied career as a weather reporter, stints include stops at KYW-TV in Philadelphia, then with WXIX-TV, the Cincinnati, Ohio FOX station, and later moved to WTVM-TV in Columbus, Georgia, an ABC station. Most recently, LaRosa worked as an on-camera meteorologist for The Weather Channel. 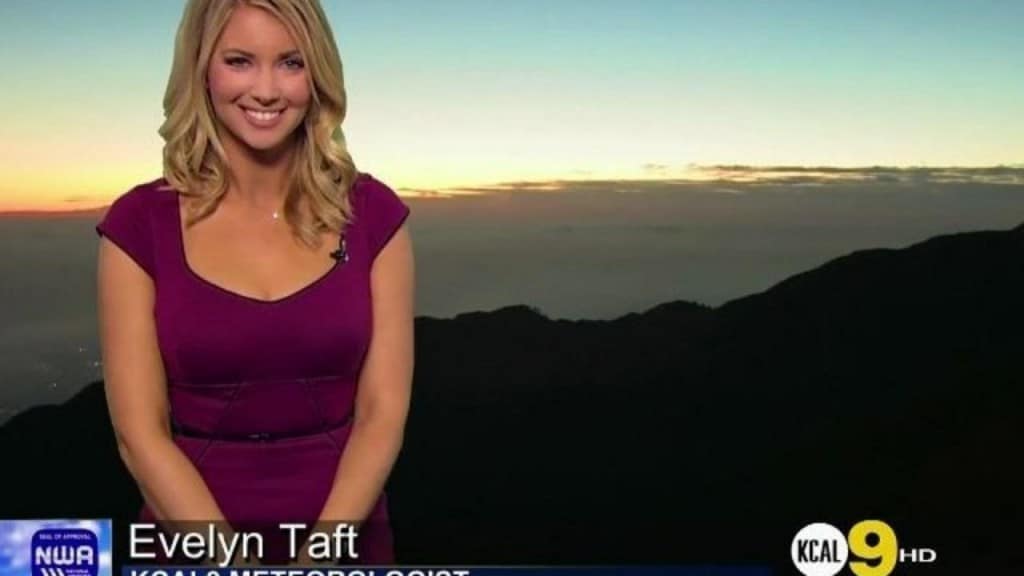 Evelyn Taft is a gorgeous reporter currently working as a meteorologist and weather reporter for to KCAL9/CBS2 news in Los Angeles, California. Not only is she easy on the eyes, but she’s also quite smart, being fluent in both Russian and English.