10 Movie Theater Snacks From Across The Globe

Let’s face it, movie theater snacks are kind of a rip-off. There’s nothing wrong with popcorn, hot dogs, or nachos, but they’re a little bland for the price you pay. That’s because cinemas make up to 85% of their revenue from concession sales. Just imagine if that money went a little further, and you found yourself snacking on something exotic like dried reindeer meat, fried fish cakes, or even roasted ants. You may be surprised to learn these snacks are actually a common sight at theater concession stands in different places across the globe. So next time you fork over five bucks for a child-sized package of candy, remember these 10 movie theater snacks people enjoy around the world. 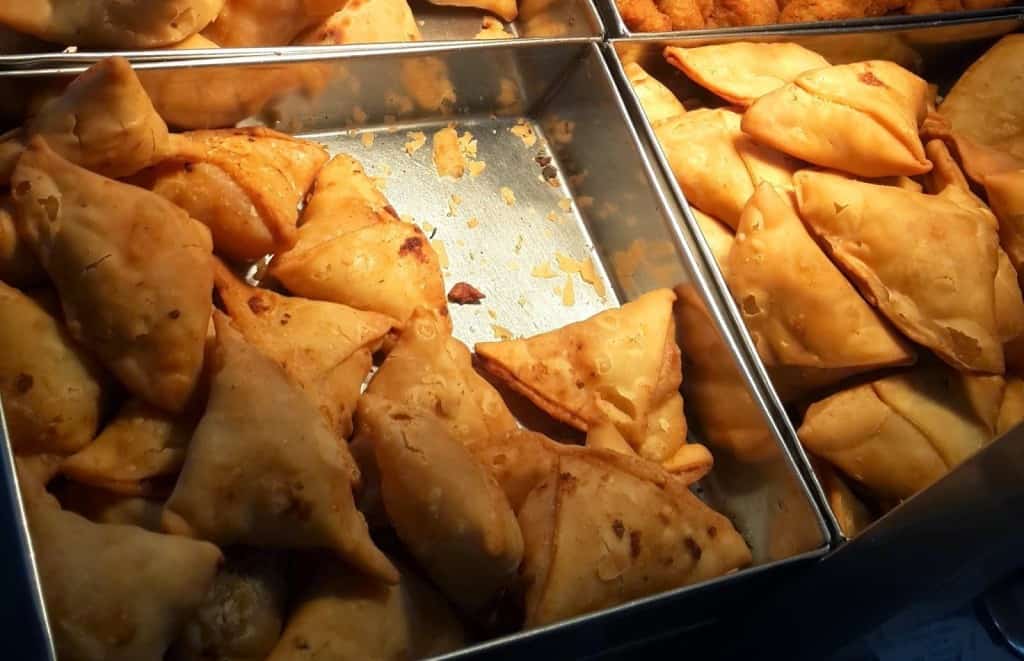 When checking out the latest Bollywood flick, Indian movie-goers might enjoy some crispy samosas — fried pastries stuffed with meat or vegetables.

If you’re dying to try one of these delectable treats, look no further than your favorite Indian restaurant, or find a Bollywood theater near you—they’re served right alongside traditional fare like popcorn and pizza. 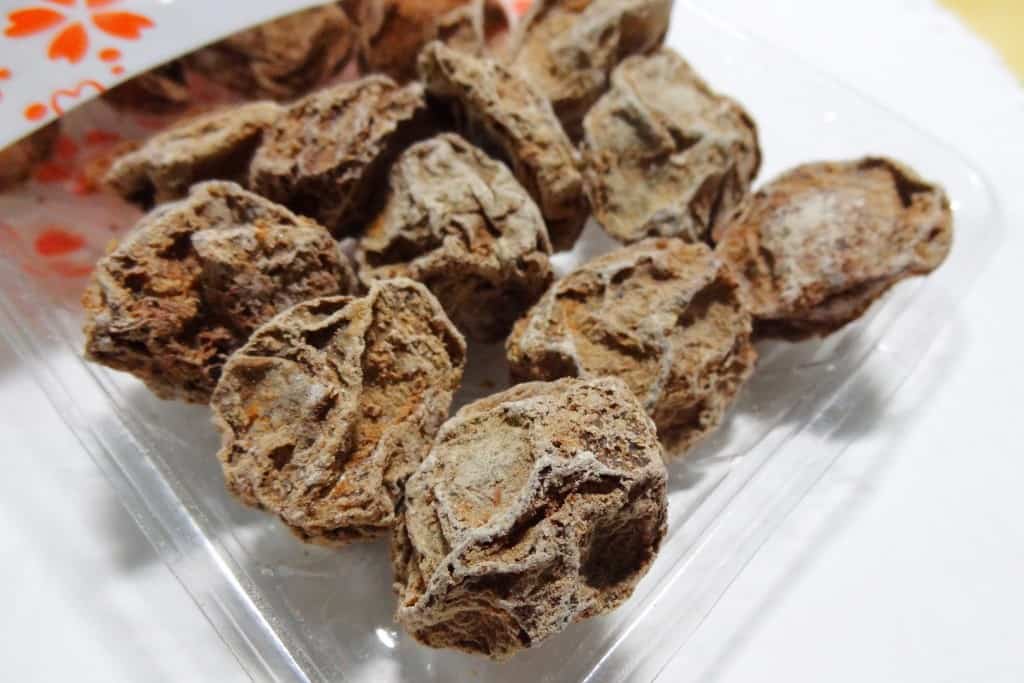 If you ever find yourself in a Chinese cinema, you can browse the concession stand for dried squid, sunflower seeds, coconut juice, or plums that have been dried and salted. They apparently have a rather tart taste, with just a subtle hint of sweetness. 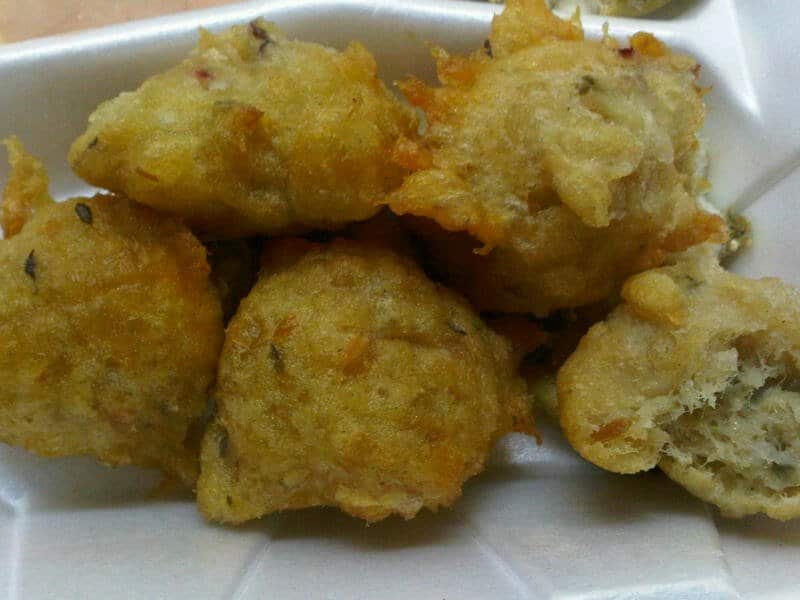 In Barbados, movie-goers can scarf down Bajan fish cakes, deliciously salty balls of fish and fried batter. They’re a common street food on the island, and are served mostly in the country’s many outdoor movie-theaters. 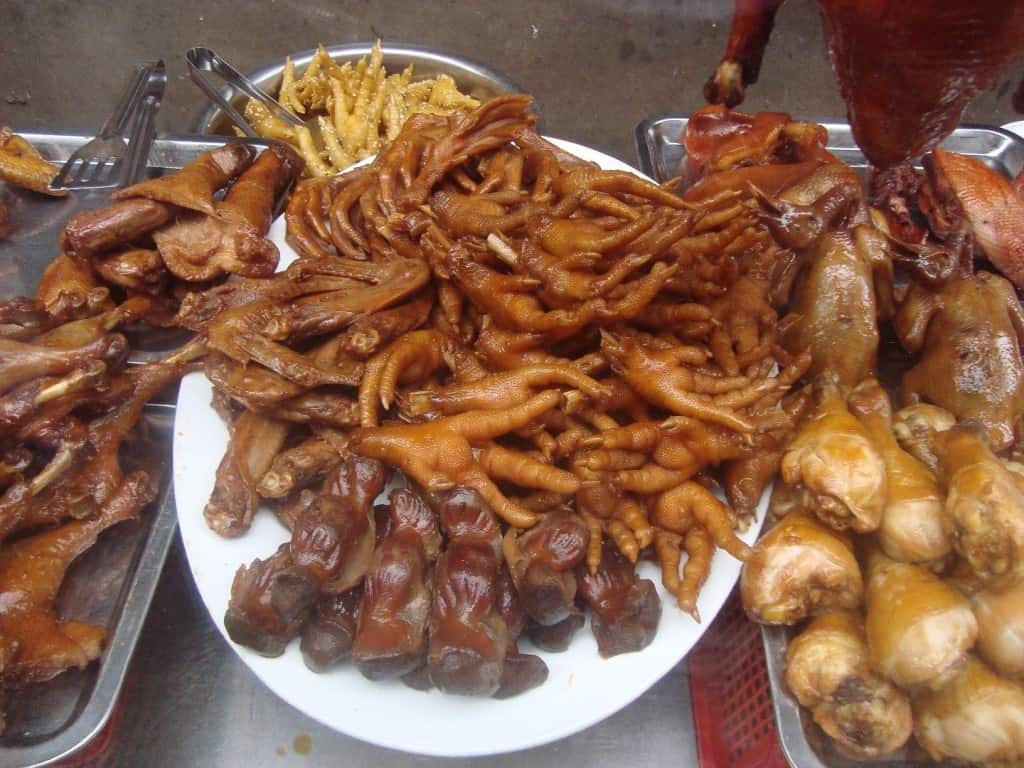 You might find chicken feet, cooked in a variety of ways, at theaters in China and Indonesia, among other countries.

You may find the sight of them a bit repulsive, but chicken feet are actually used in a variety of cuisines around the world. In Eastern Europe, they’re boiled into a kind of gelatinous cake called kholodets. 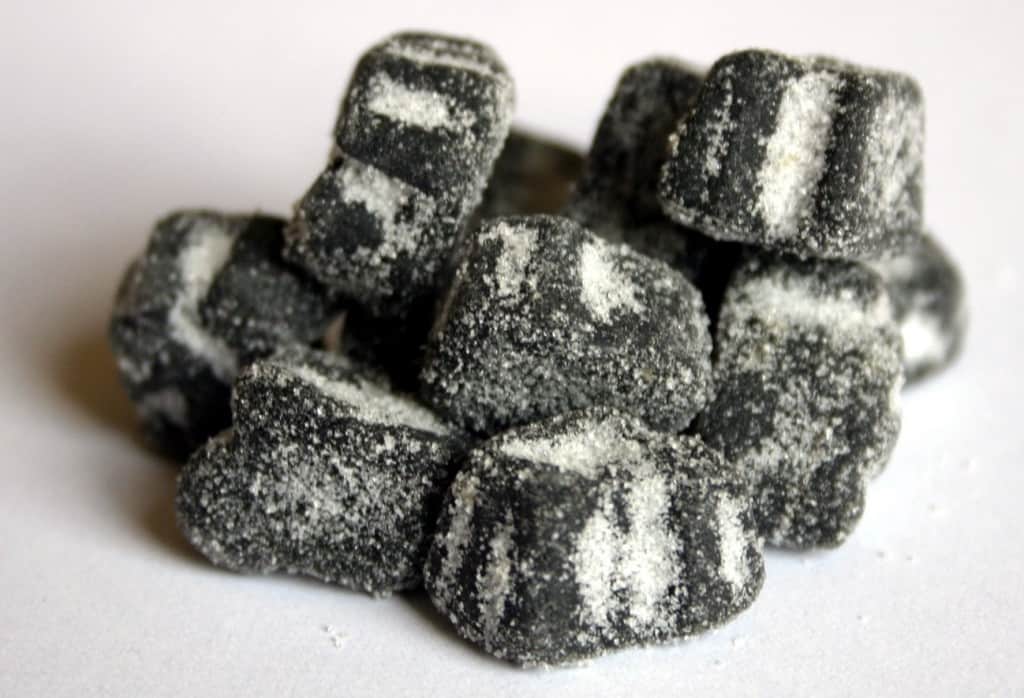 Many people think of licorice as a sweet candy, but the Dutch enjoy it salted with ammonium chloride, which gives the confection a tongue-numbing effect. 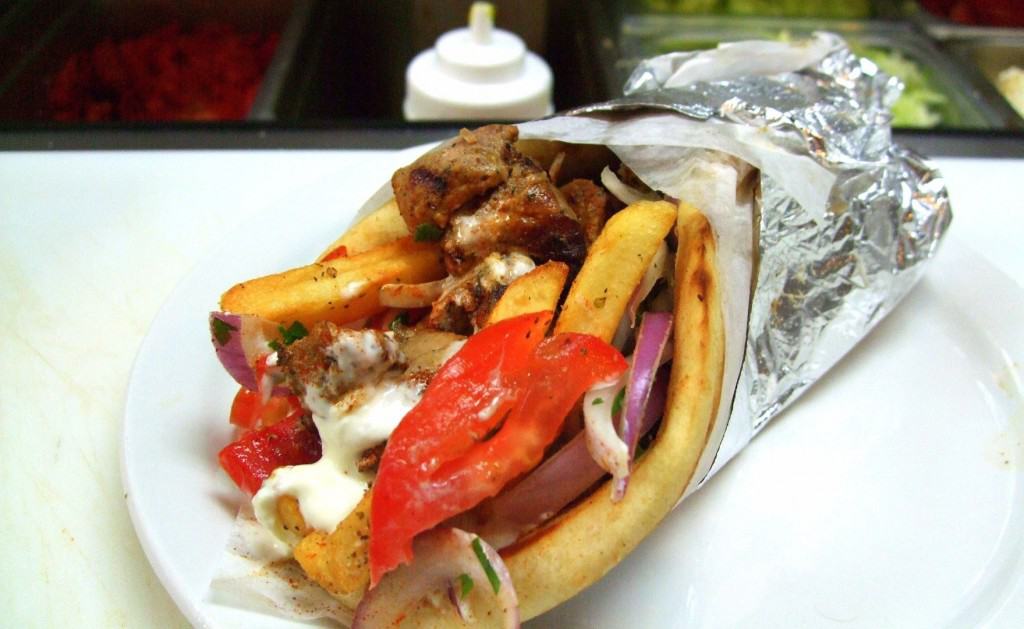 We can’t speak for everyone, but we’d take this over a hot dog any day! Souvlaki is a common street food in Greece, and is served mainly at outdoor cinemas. 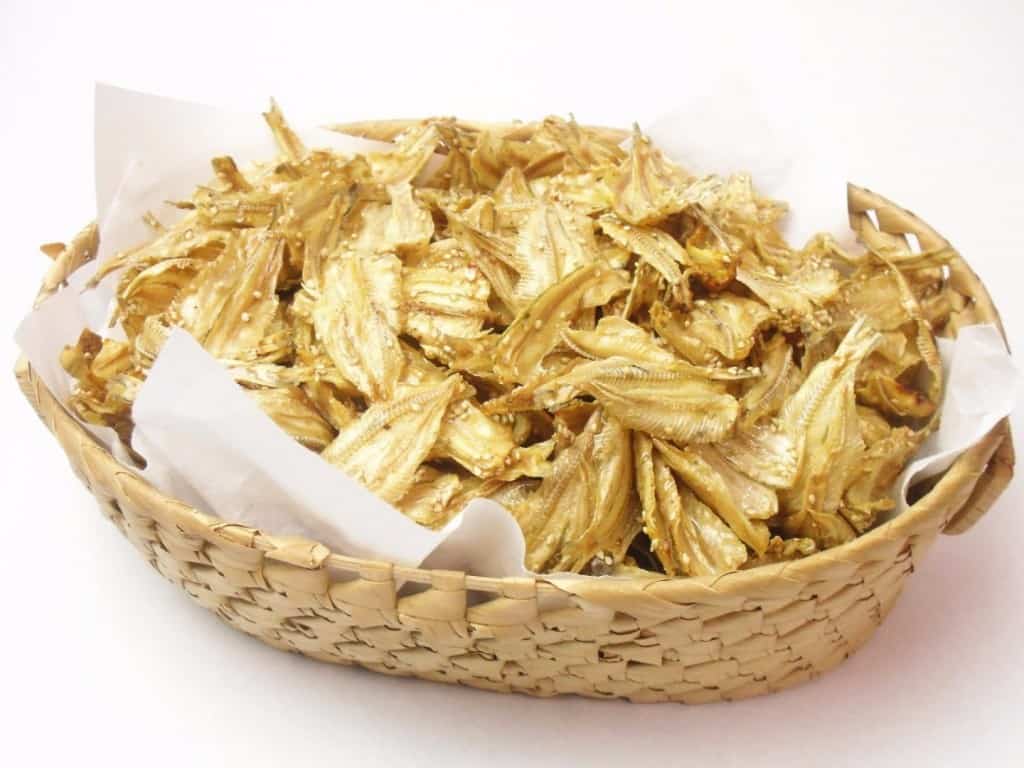 Iwashi senbei, or dried sardines, is a Japanese snack commonly served at movie theaters. The fish are prepared by baking them in soy sauce and sugar, and then topped with sesame seeds. They apparently have a nice sweet and salty taste, but we can’t help but think there must be a profound fishiness to the flavor, as well. 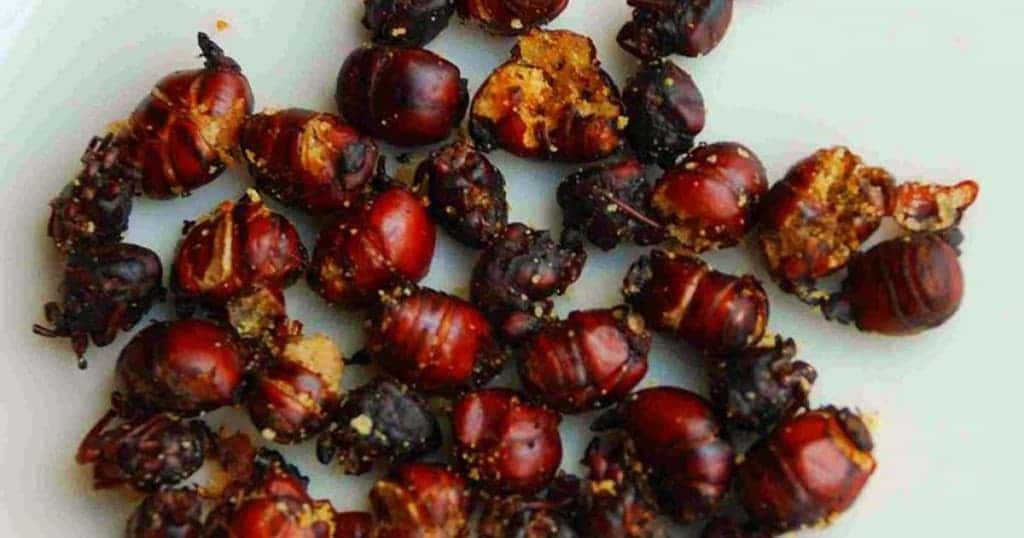 People love popcorn because it’s crunchy, salty, and satisfying—the same reasons some people in Columbia love fried ants. The snack, known as hormiga culona, is eaten like a peanut, and thought to be an aphrodisiac, making them a perfect snack for movie-goers with a date. 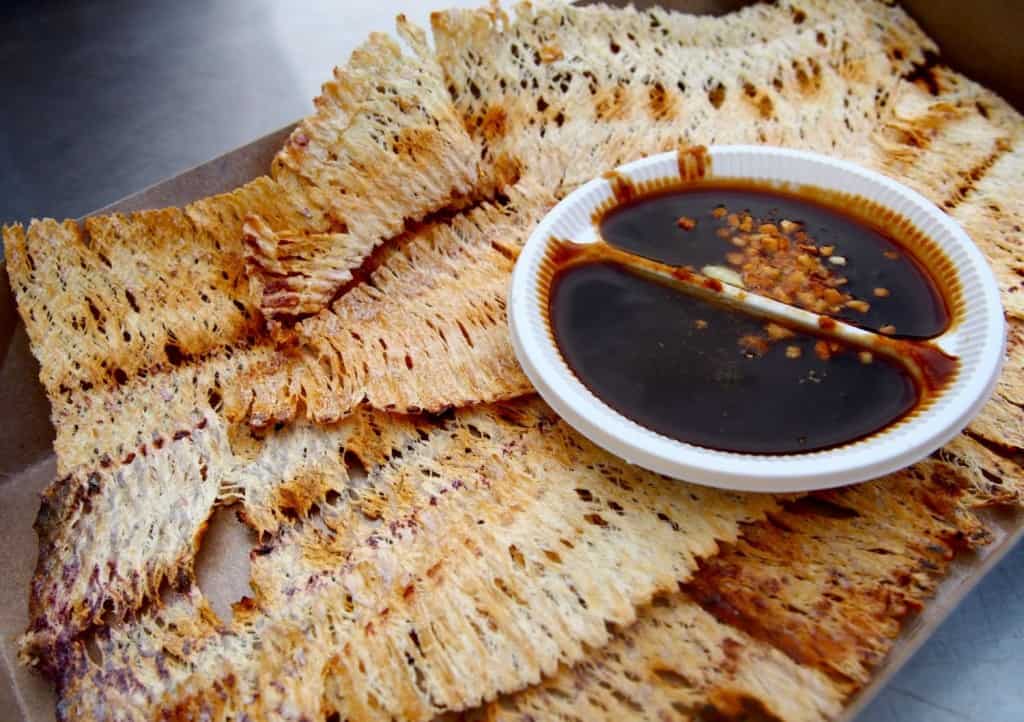 South Korean concession stands are full of offerings that might seem strange to Westerners, including dried cuttlefish, a chewy jerky-like snack that stands in for popcorn. 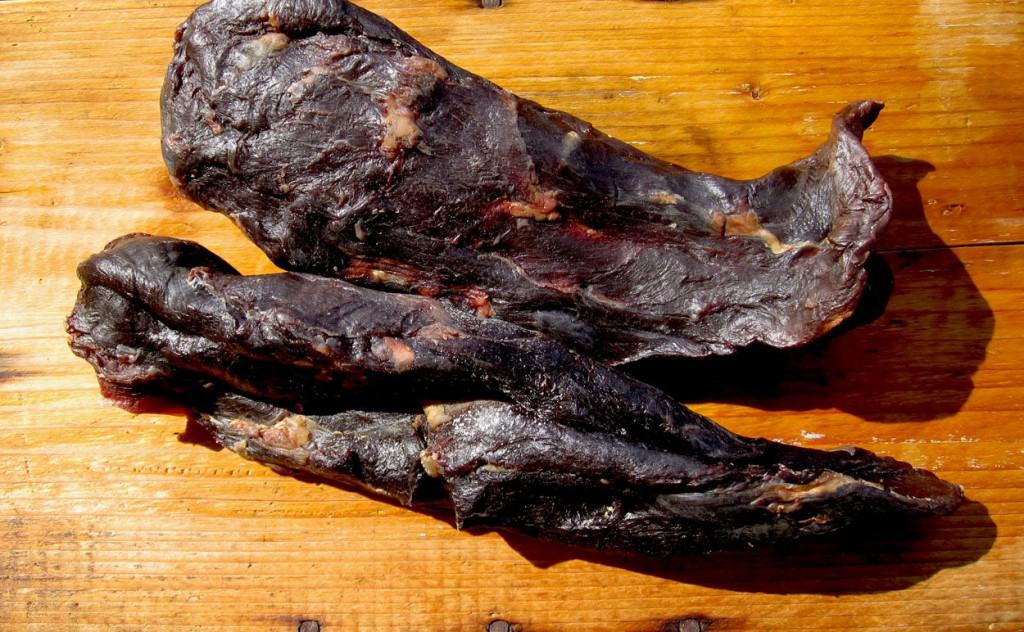 Reindeer jerky might seem like an odd movie theater snack, but the low fat, high protein foodstuff is perfect for visitors to Norway’s snowmobile drive-in theater.

That theater is constructed out of snow, by the way, so you better love the cold if you’re going to catch a flick.