There is no doubt that Lego’s have become a massively integral part of our popular culture. The toys were always a hit with kids, but then the movie came along and made ‘everything awesome’. The Lego video game franchise is now as big as any other franchise in the domain as well. The unique selling point of this toy; the fact that you can build anything you want, shone brightly in all its adaptations. People seem to have really connected with this aspect of Lego’s and have managed to build some truly spectacular, massive and creative structures using the toy. Here is a list of 10 amazing things built using Legos. 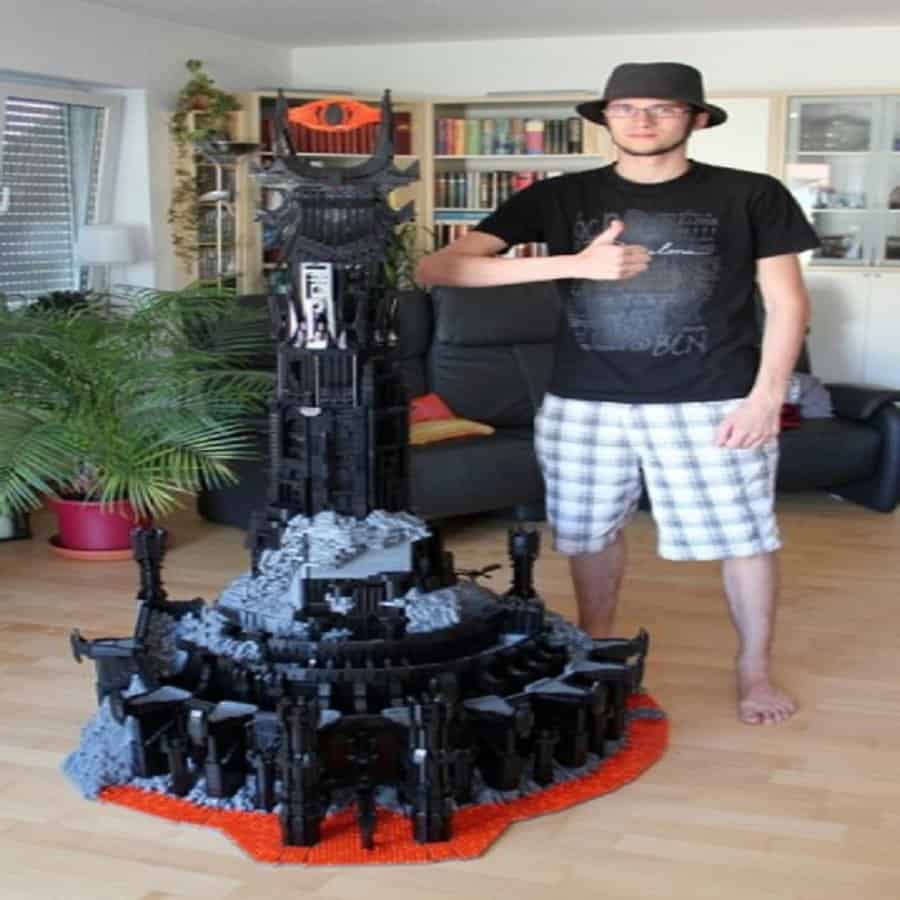 Kevin Walter considers himself to be a huge LOTR fan, and as any knowledgeable fan will tell you, the tower of Mordor is one of the most significant locations in the series, if not the absolute most. Kevin built a six-foot replica of the tower to pay homage to the series. 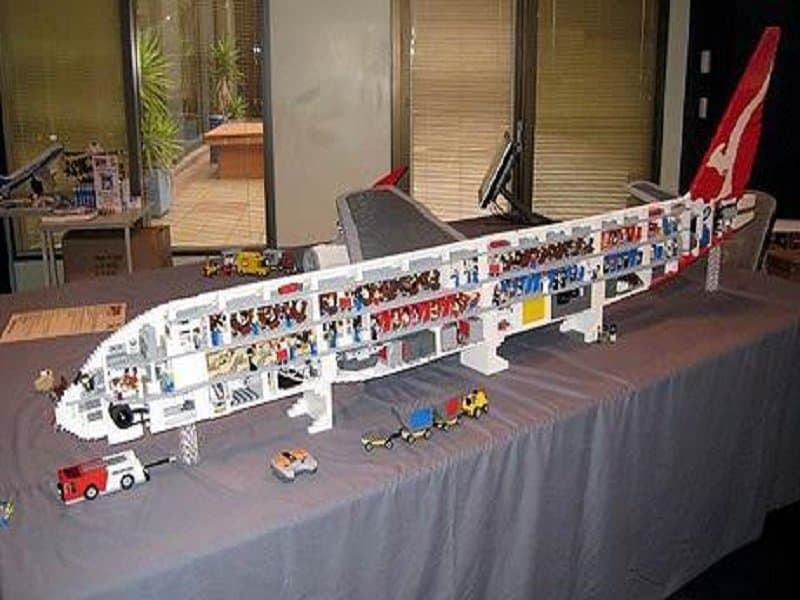 Someone actually went to the trouble of building a scale-model replica of the largest airplane in the world – the Airbus A380. This creation used up over 75,000 pieces of Lego and is about seven feet long. The creator factored in every detail into this Lego monstrosity, including the landing gear, fuel tankers, air brakes, landing lights, and nearly everything else you associate with an Airbus. 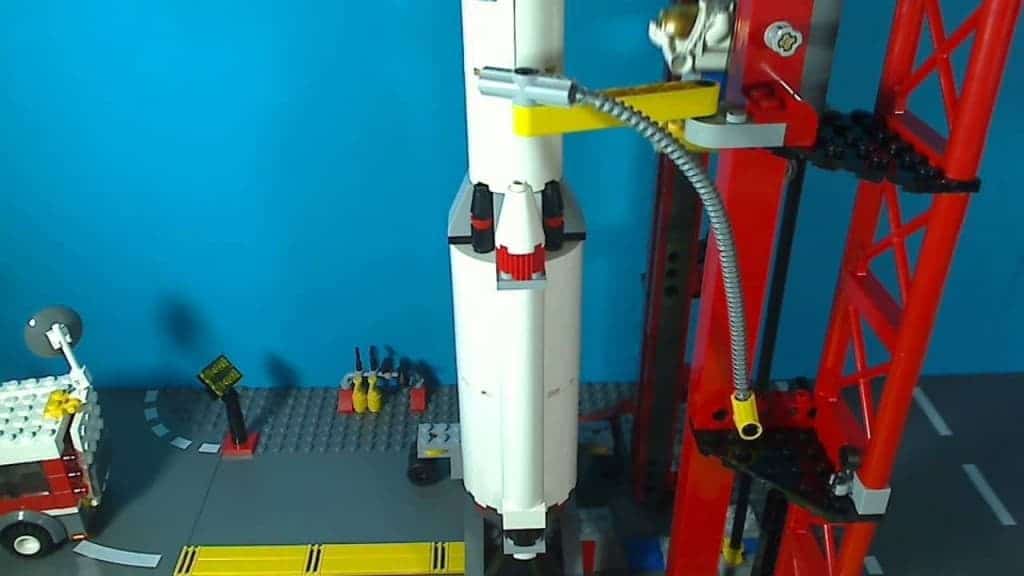 The Saturn V Rocket was used predominantly during the 60’s and 70’s to launch three satellites simultaneously into orbit. A fan of the rocket decided to build a 20 foot replica of the Saturn V Rocket, a feat that required over 120,000 pieces of Legos. 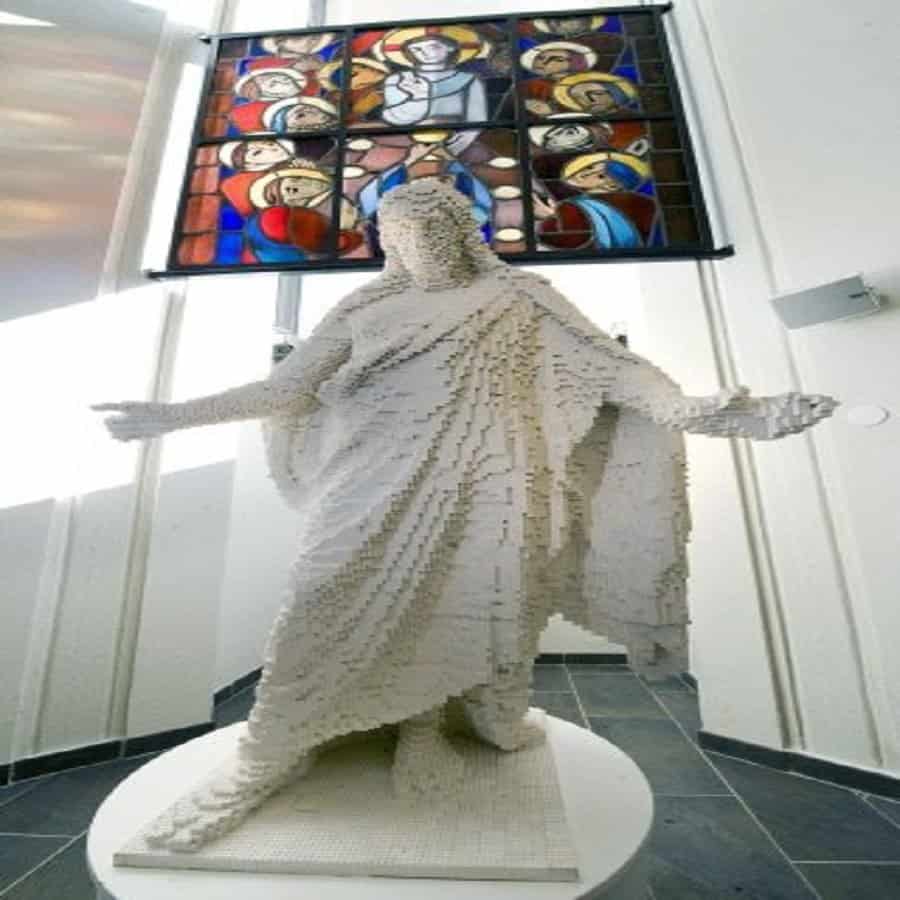 A church in Sweden decided to get creative in their expression of their love and faith for Lord Jesus by building a life-sized replica in his honor. The sculpture apparently took nearly a year and a half to finish and required roughly 30,000 pieces to put together. 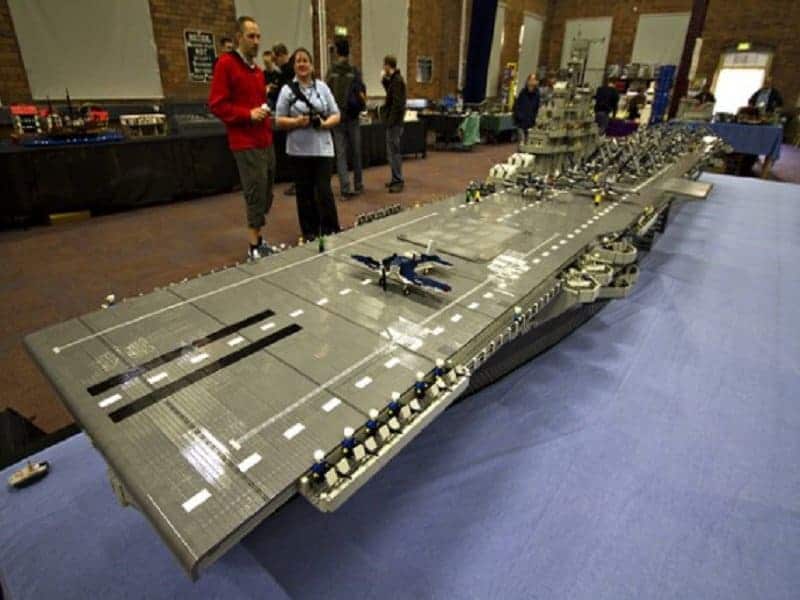 This ginormous replica of an Aircraft carrier is so big, that a small helicopter could probably land on it. The mega-structure is over 23 feet long and required a staggering 300,000 pieces of Lego to put together. It is said to weigh nearly 350 pounds and is renowned for its sheer size and level of detail. 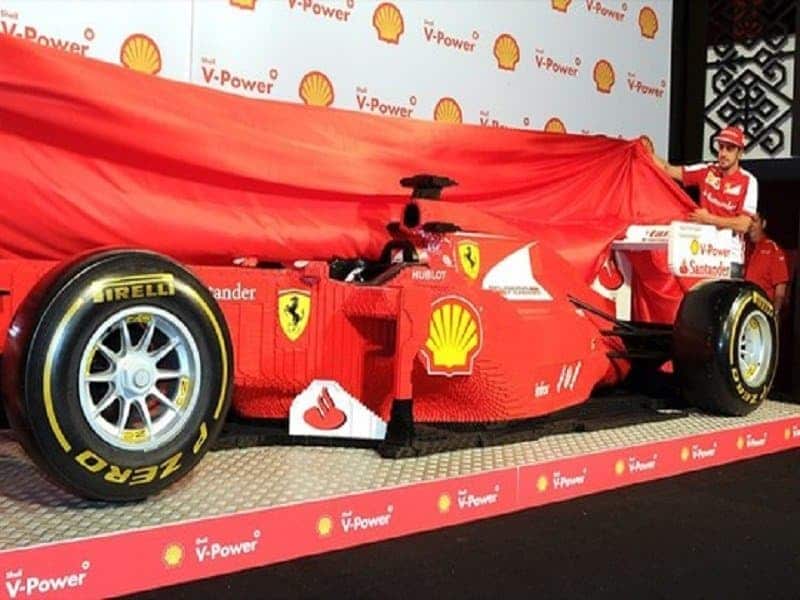 This masterpiece was put together by 16 Lego experts who decided to work together to pay their respects to the highly successful race car manufacturer. Designing this piece took about a year and a half, and an additional 10 days to actually build it with a large team of professionals working round the clock. Apparently this Lego model is so perfectly build, that a driver can actually sit inside the Lego Ferrari. 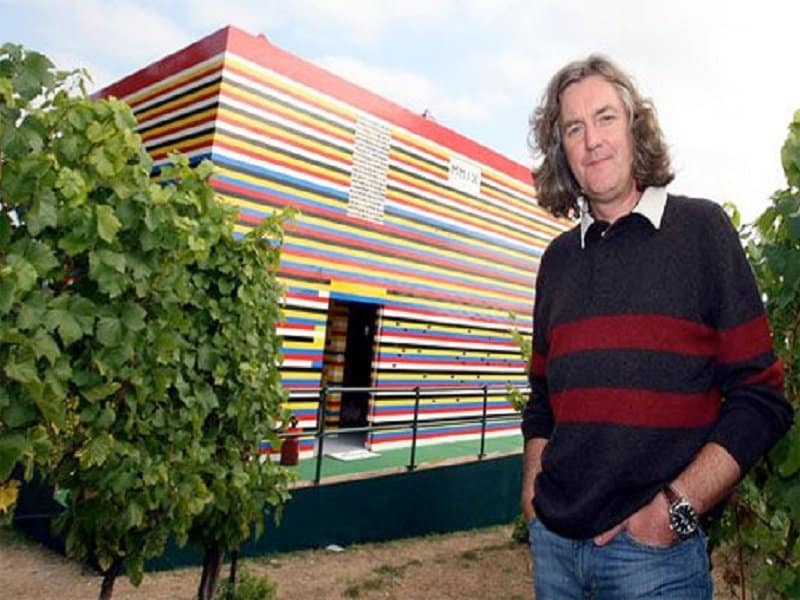 James May decided to take Lego fandom to the next level by building an actual house made out of Legos. It took nearly a thousand people working for several months to finally build an actual Lego home. Sadly there was no use for a structure built using three million Lego bricks, and the house was soon torn down with the pieces being donated to charity. 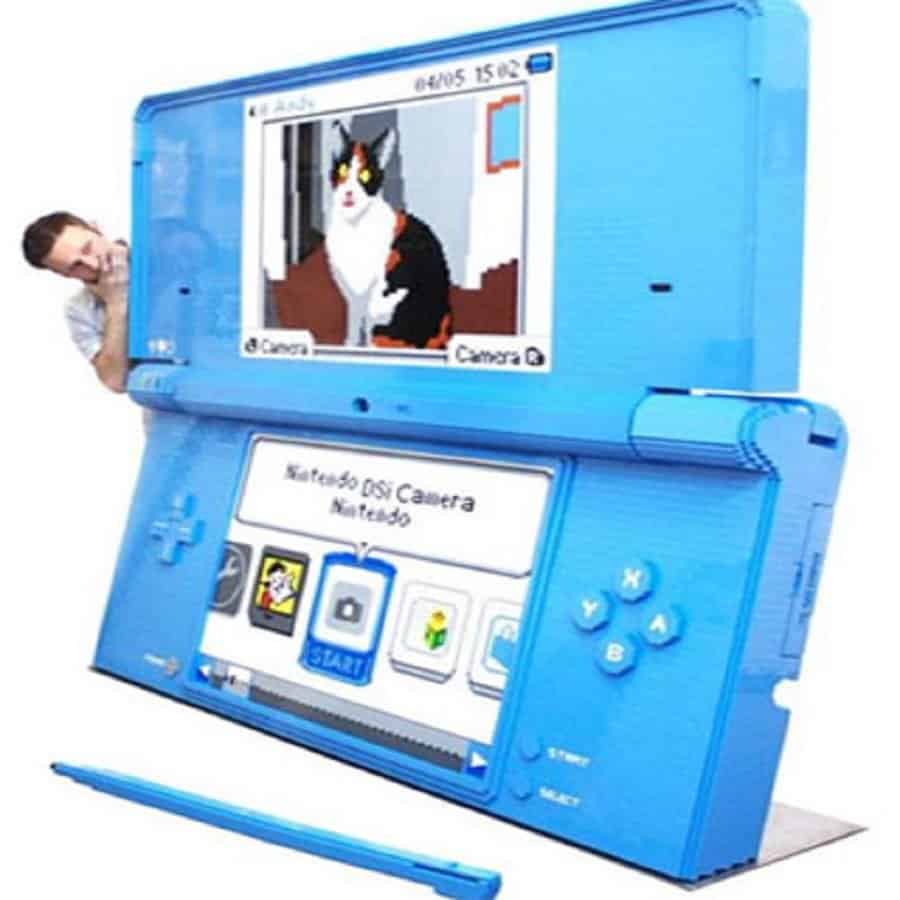 A Nintendo fan thought it would be a good idea to pay a tribute to the gaming giant by building an enormous, larger-than-life Nintendo DSi. This particular structure is over seven feet wide, weighs 250 pounds and required 50,000 pieces to construct. 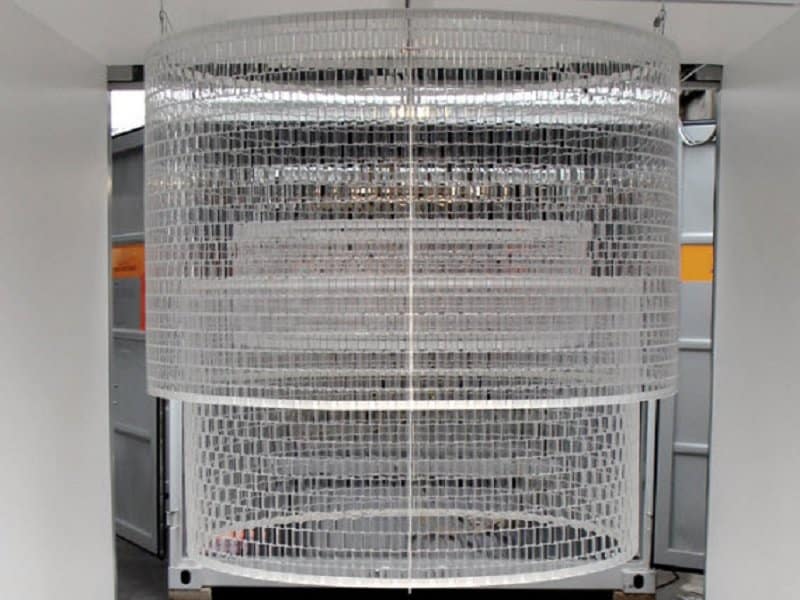 Ever wanted to make your living room look posh without actually spending too much money on it? This was one man’s idea while constructing a Lego Chandelier for his home. The structure, despite being largely useless, is over 6 feet tall and is supposed to be quite well designed for a chandelier. 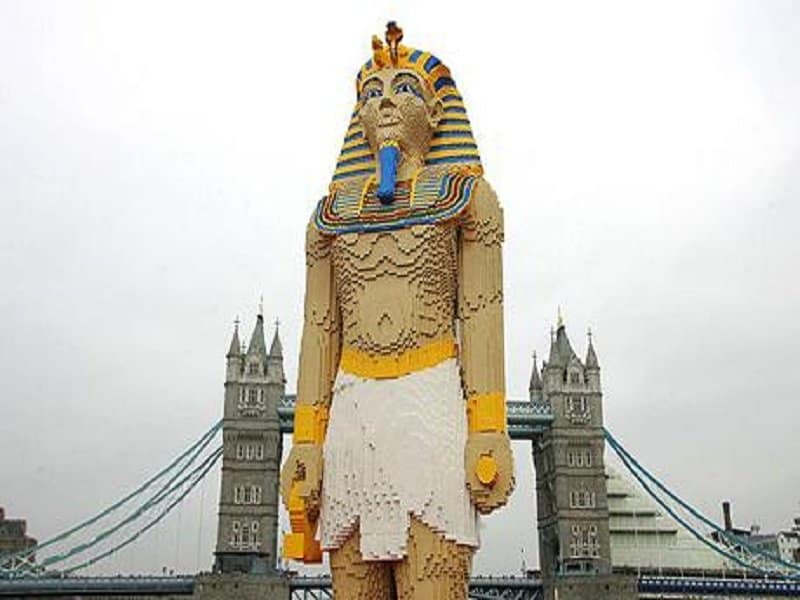 The Legoland in Windsor had a unique idea to promote a new section in their theme park called ‘Kingdom of Pharaohs’. They simply built a 16-foot statue of a Pharaoh and set it afloat on the river Thames. The structure took nearly a year and a half to build and traveled 1,500 miles from Czech Republic to Legoland