In today’s modernized society where almost everyone wants to live and work in the big city, it’s no wonder that every little stretch of land is filled up with residential or office buildings. However, as even the skyscrapers, which are able to accommodate thousands of people, are being almost instantly filled up, architects and engineers alike are becoming more and more creative in their use of building space. With that in mind, it’s not at all surprising that rooftop structures are becoming a craze. Here are 10 of the most incredibly creative and awesome looking rooftop structures we could find. 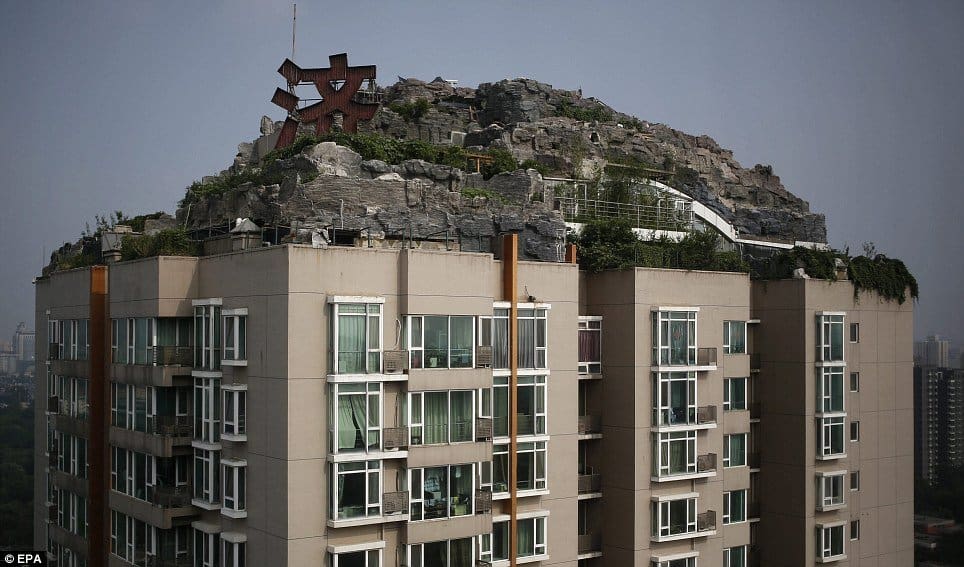 Embracing unusual architecture, a businessman from Beijing has created an amazing and realistic-looking two-story mountain villa atop of a high apartment building in China. This wonder of creativity truly shows that what you dream you can achieve! 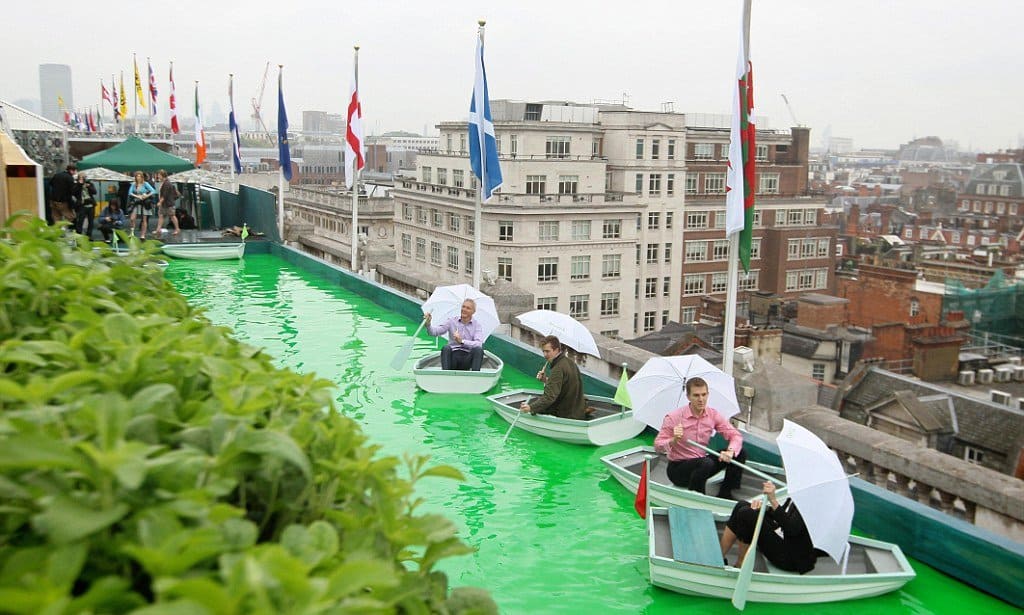 If you want to enjoy a truly once-in-a-lifetime lake boat ride then you should head over to the H. Gordon Selfridge department store building, where the rooftop has been turned into an incredible lake, complete with gardens and providing people with a spectacular view across London. 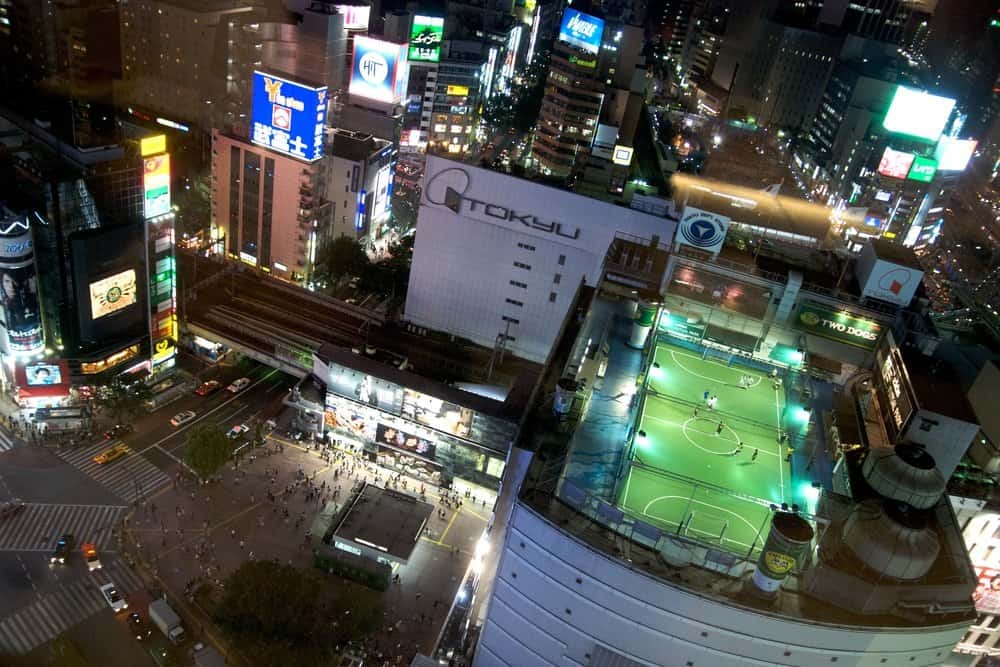 Serving as the opening stadium for the 2002 FIFA World Cup, which was hosted by Japan and South Korea, the Adidas Futsal Park presents people with a miniature version of soccer. By being built on the rooftop of Japan’s Shibuya Station The 14,000 square-foot pitch not only lets people enjoy a nice game of soccer, but also presents them with an inspiring and breathtaking 270-degree view of Shibuya. 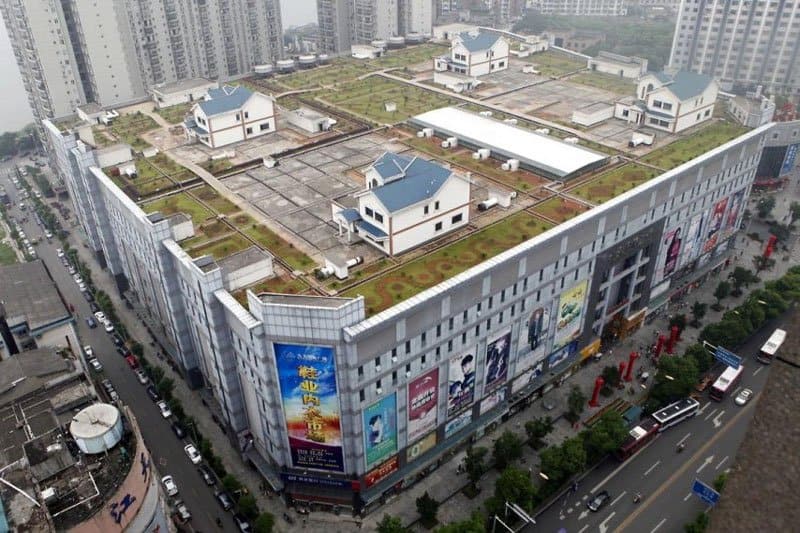 China seems to be quite innovative when it comes to architecture and design. With the help of some amazing engineers, a complex featuring four villas complete with gardens was built on top of the eight-story shopping mall in the Chinese city of Zhuzhou.

The Rooftop Runaway in New York 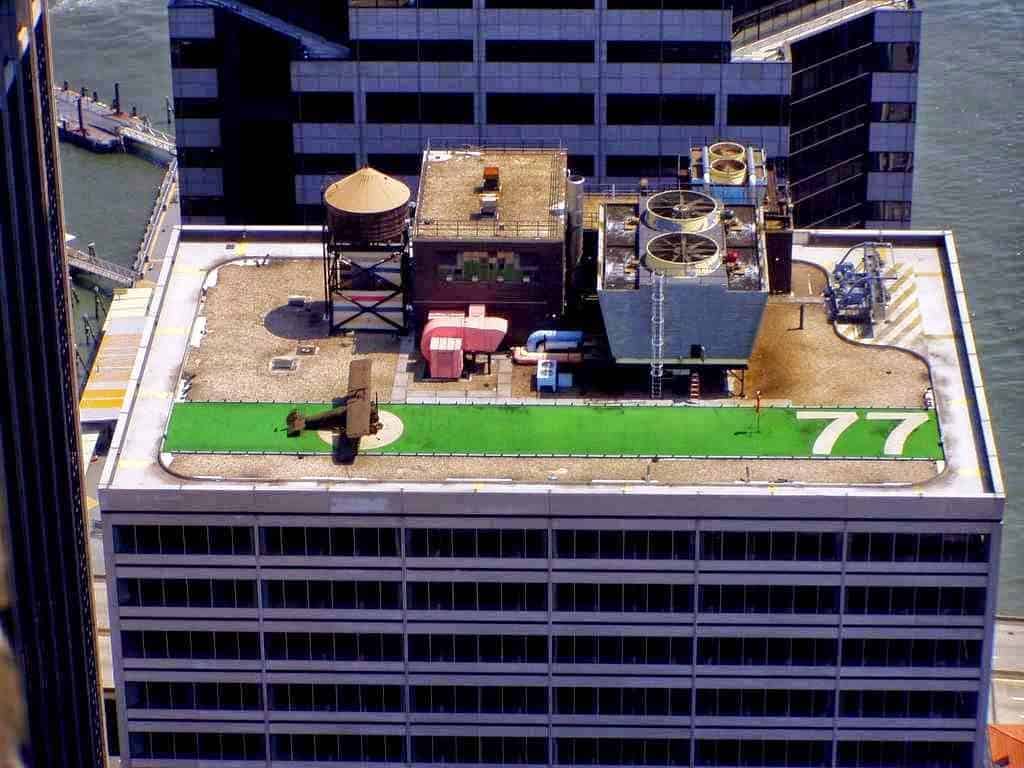 A helicopter landing site is a common thing for New York rooftops. However, the office tower at 77 Water Street features something far more aesthetically pleasing – a rooftop runaway with functioning lights.

The Didden Rooftop Village in Netherlands 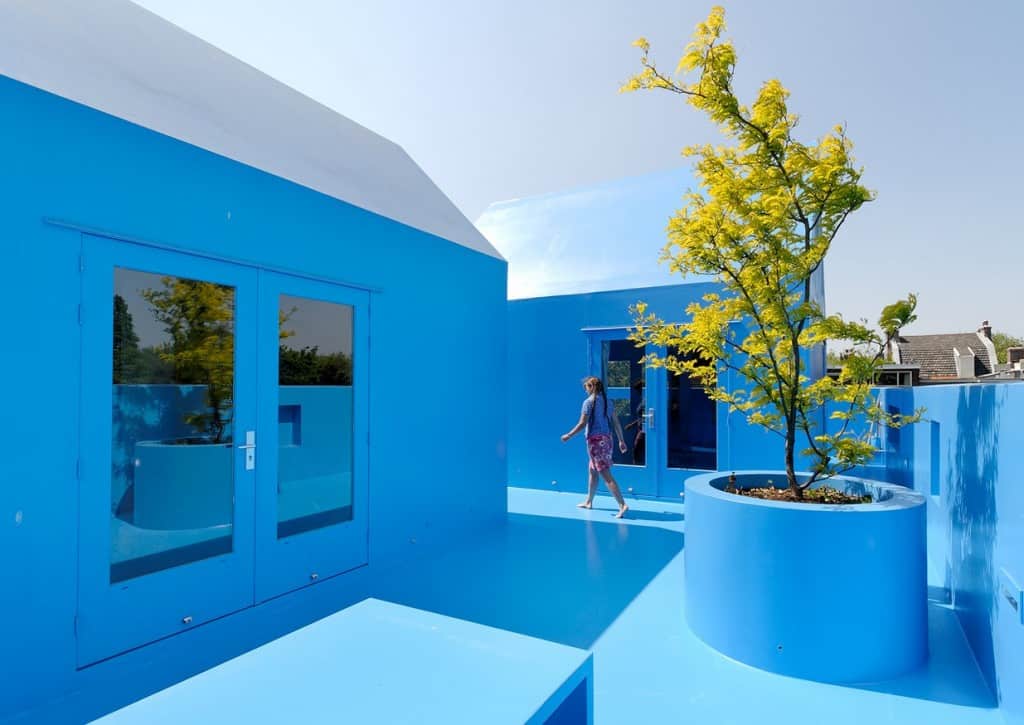 When it comes to architectural and engineering creativity only a few buildings can stand out as much as the Didden Rooftop Village does. Found in the Netherlands, the Didden Village offers owners not only additional living space, but also alleys, courtyards and even a pool, much like a true village does.

The Factory Rooftop Houses in China 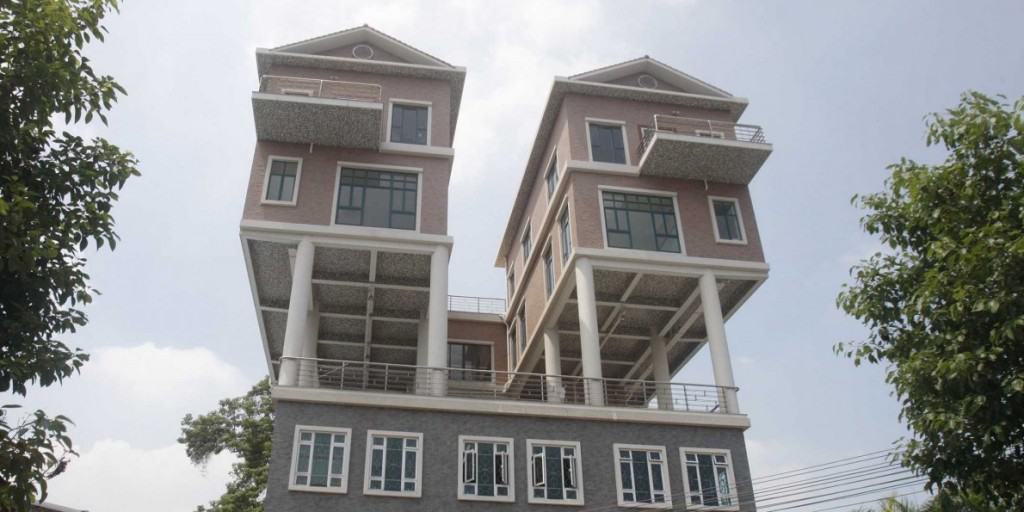 Houses built on top of high residential buildings are far less impressive than these houses built on the top of a small factory of China. While the construction is deemed illegal, as the size of the houses was not in line with the original design, these houses are true engineering masterpieces.

The Upside-Down Rooftop House in Slovakia 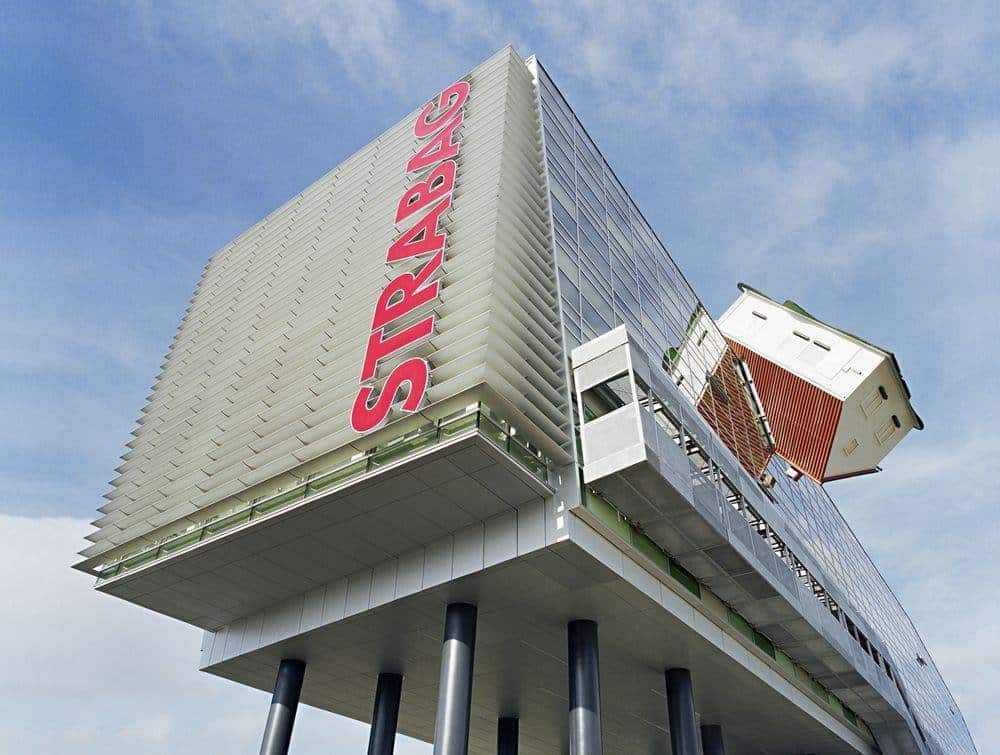 While Upside-Down houses are definitely masterpieces of their own, the Upside-Down Rooftop House on top of the Strabag Slovakian Headquarters is in a category of its own. 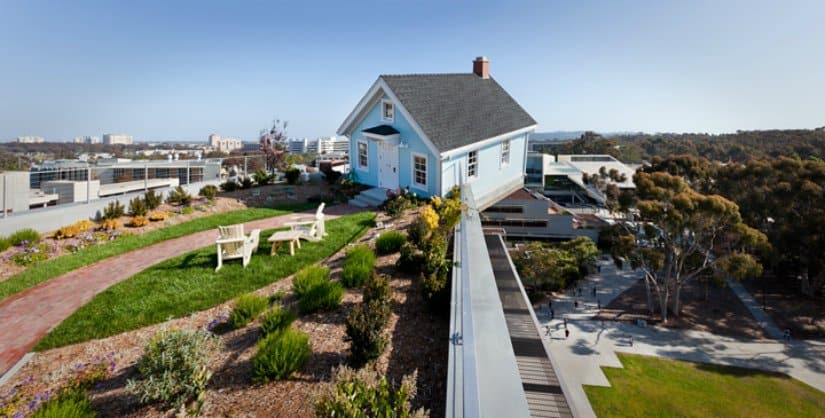 Taking several years to plan and construct, the ‘Fallen Star’ in California is a true public art peace, basically being a huge house hanging off the edge of a seven-story building, with the rooftop turned into a huge front yard garden.

The Private Temple in China 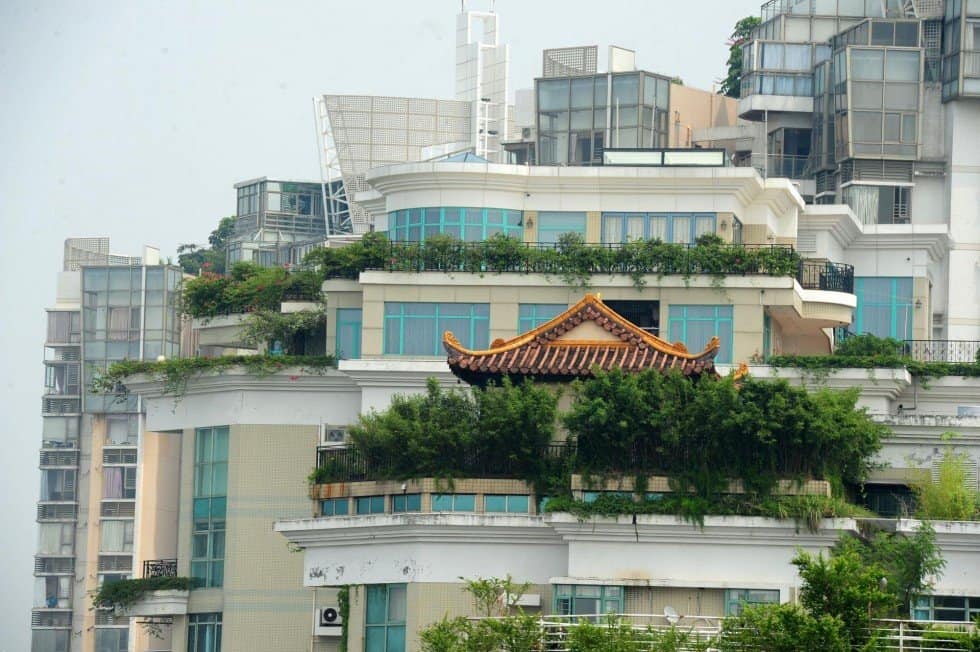 On the top of an ordinary residential block in the southern Chinese city of Shenzhen you can find a true wonder. While there are sources who say that the building is illegally built, there is a private temple, which has been residing on the rooftop for a couple of years.