If you are a regular when it comes to using social media, you have seen your fair share of motivational images posted by friends on Facebook, Twitter, Tumblr and Instagram. The pattern is simple: find a photo and put a motivational sentence on it and then run it through a heavy filter. The image that is the end result is quite hilarious, with photos of the road pair with sayings about not letting go or being a free spirit. Here’s the ten hilarious images making fun of motivational posters. 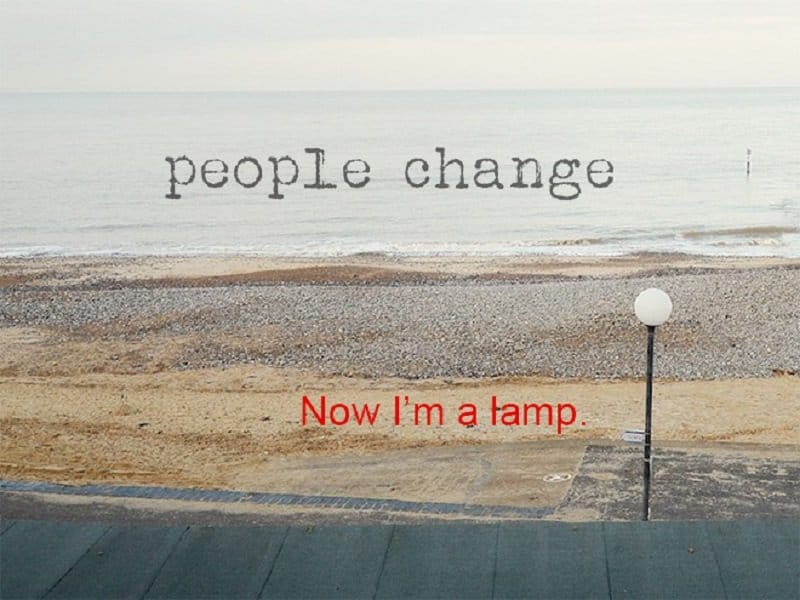 Inspirational photos like this always make you think and reminisce. Adding a silly comment really puts things into perspective.

To Push You Into The Sea 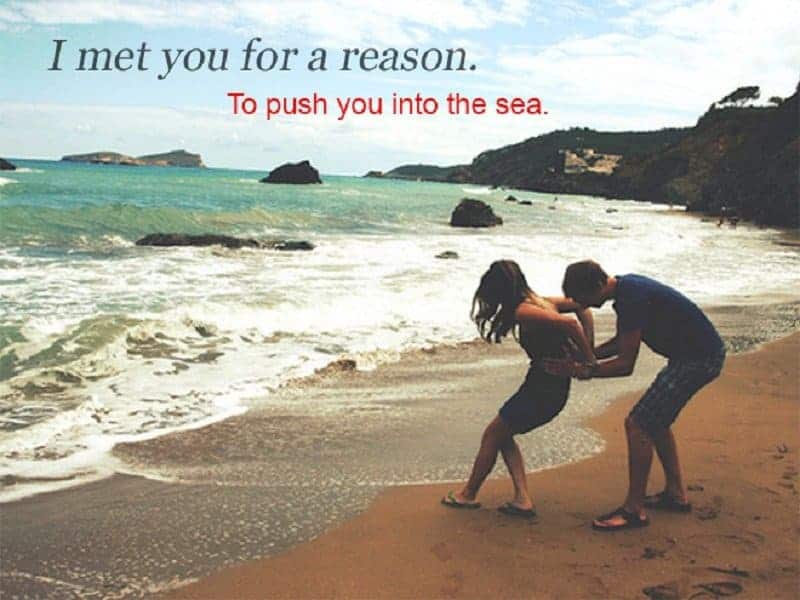 Because you make him mad, girl. And he’s done with your nonsense.

You Were My Favorite Pair Of Pants 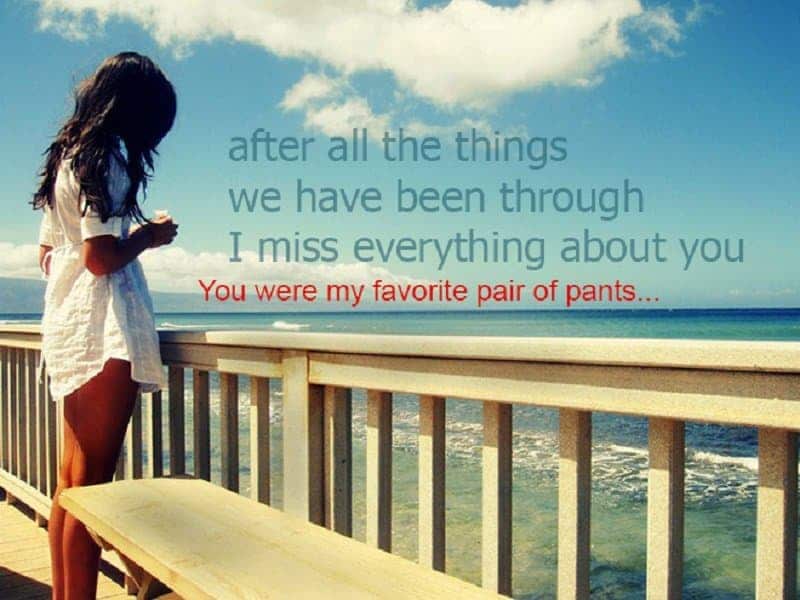 Maybe she shouldn’t have thrown her pants away then…

Was Inception Just A Dream? 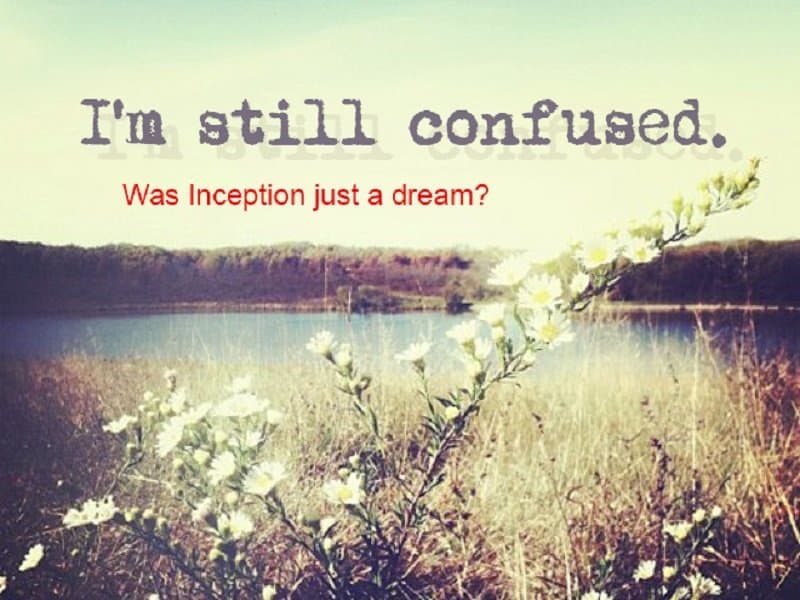 It is a valid question.

…But I’m Just A Bridge 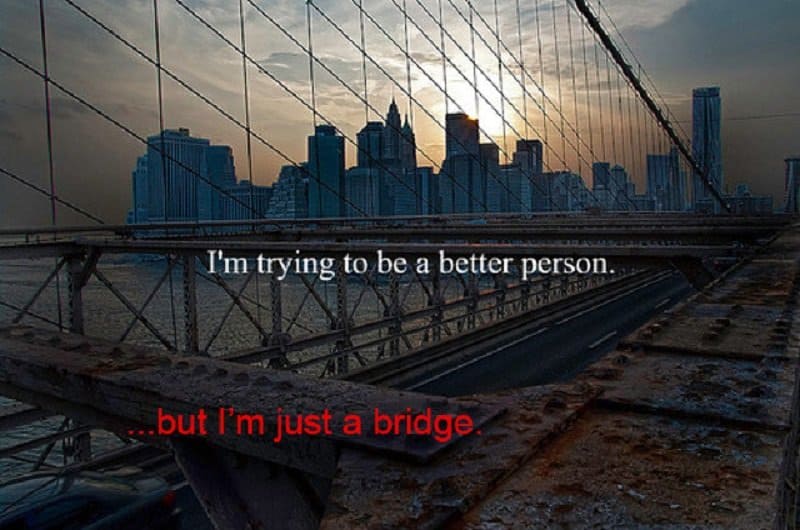 And bridges can’t change. It is law.

You Don’t Own Me! 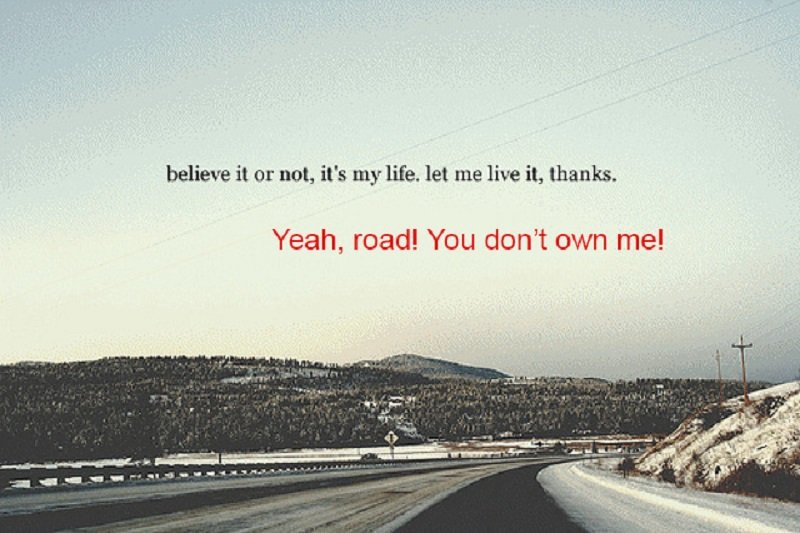 Yeah road, you’re not her mom. 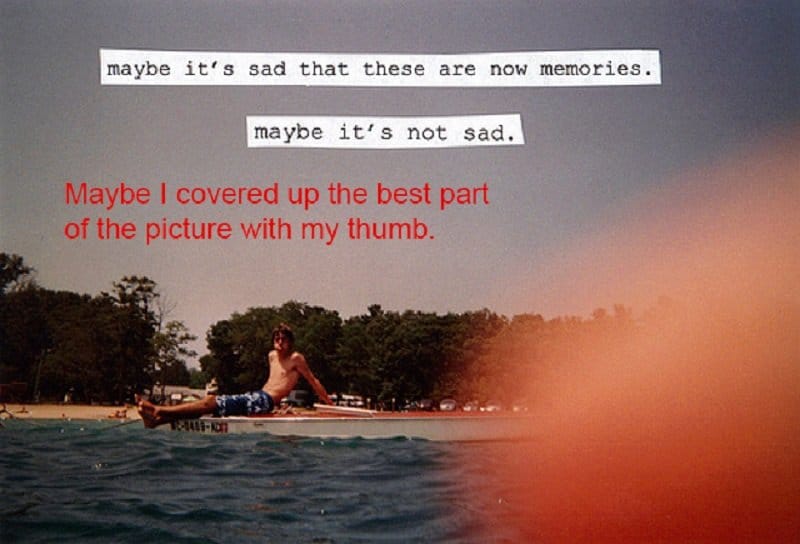 Out of all the photos in the world, they really could have chosen a better one. 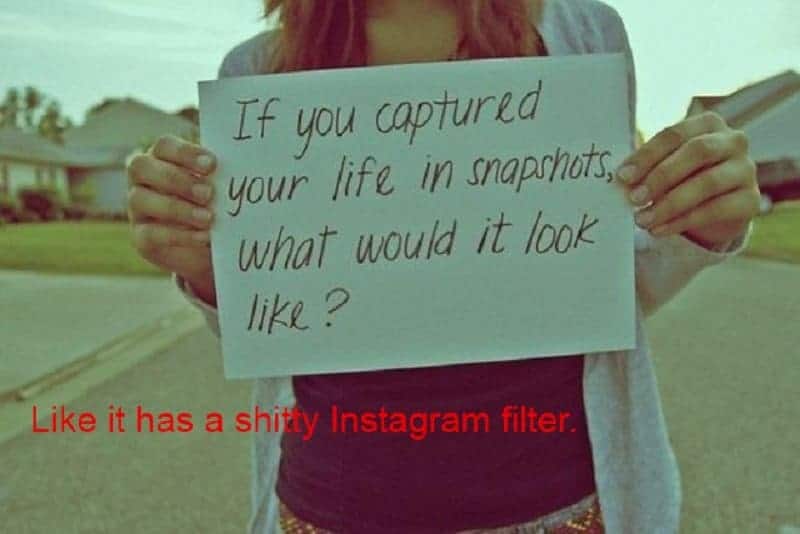 An updated version would probably be the puppy Snapchat filter. 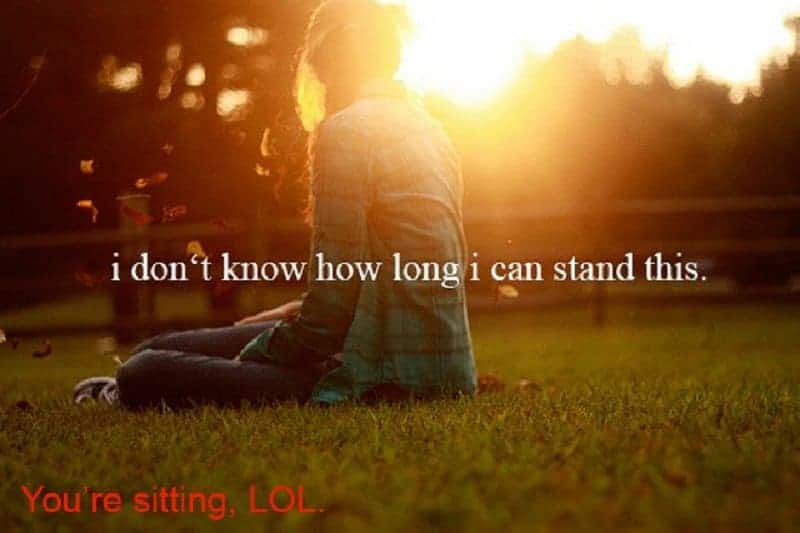 Seriously, learn how to capture your photos. You really aren’t standing. 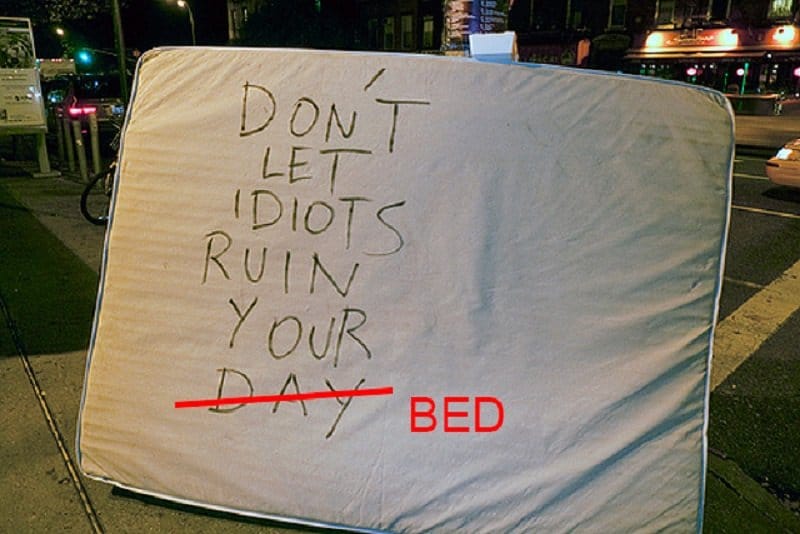 To be completely honest, that’s a mattress…