A lot of things are not acceptable during a party. This involves rowdy behavior and relieving yourself outside a bathroom. Another big taboo during a party is being the first person to fall asleep while everyone around you is getting drunk. You are only asking for trouble by leaving yourself exposed and at the mercy of people whose best judgement is quickly diminishing. You should never fall asleep during a party, and these 10 hilarious pictures prove exactly why that is. 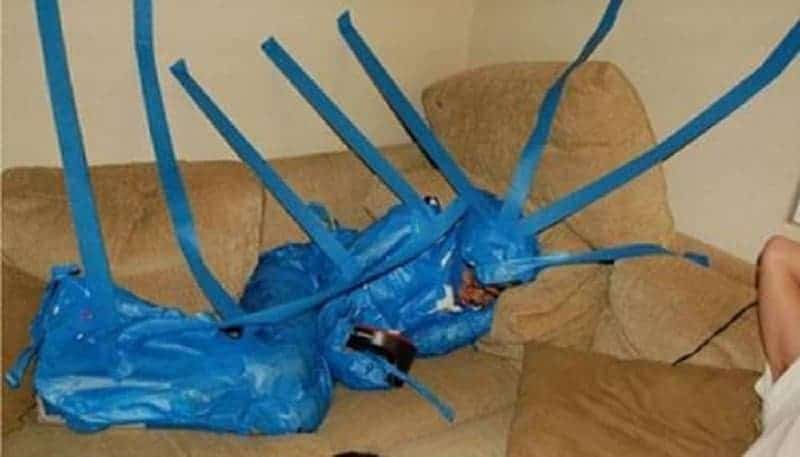 Whoever this person is, he must be the soundest sleeper in the world for passing out while this was being done to him. 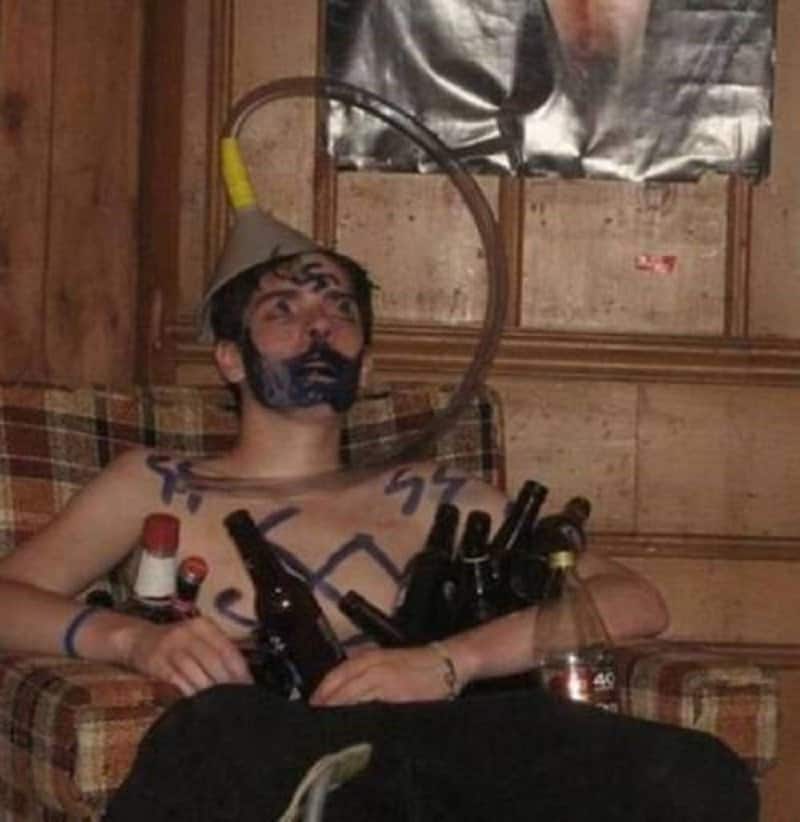 Apart from the funnel for a hat, this person will have a tough time getting rid of the Swastika on his head. 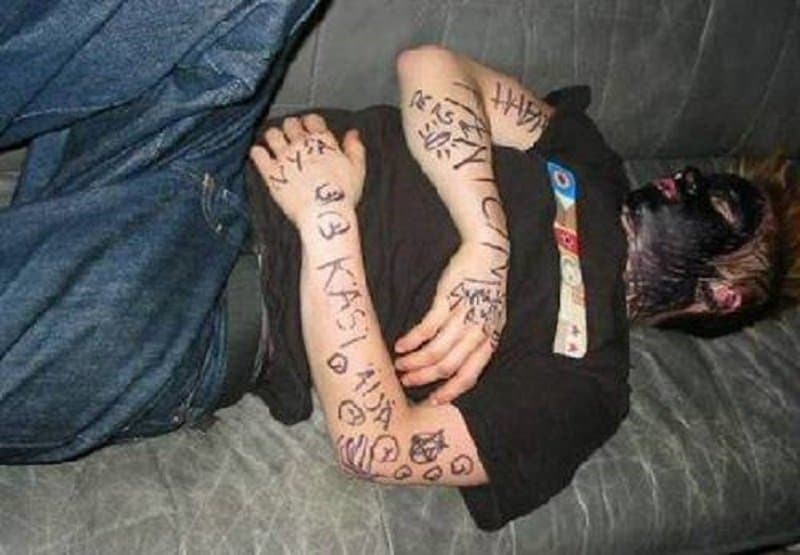 It is scary to think that you might wake up with a different face altogether if you fall asleep during a party. 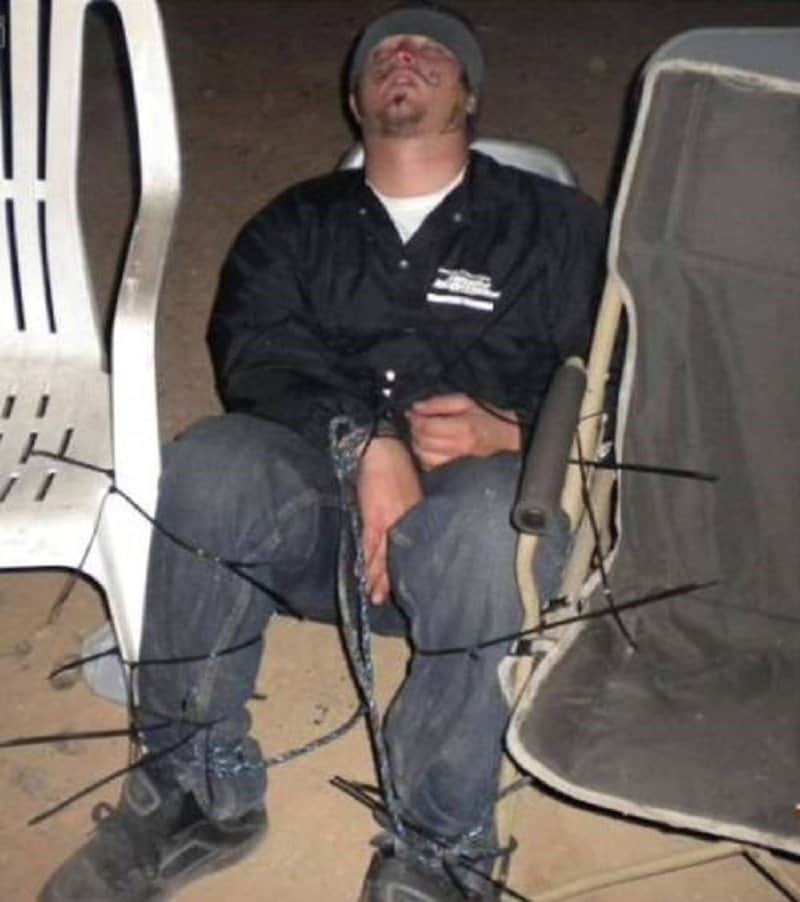 This person has really great friends. They were so concerned for his well-being, that they actually tied him down to one place. 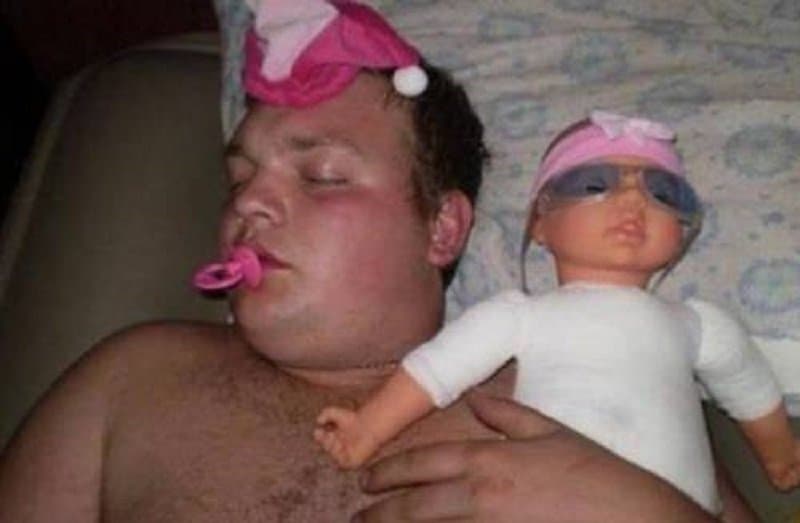 This person decided to cuddle with his child after a hard night of partying. 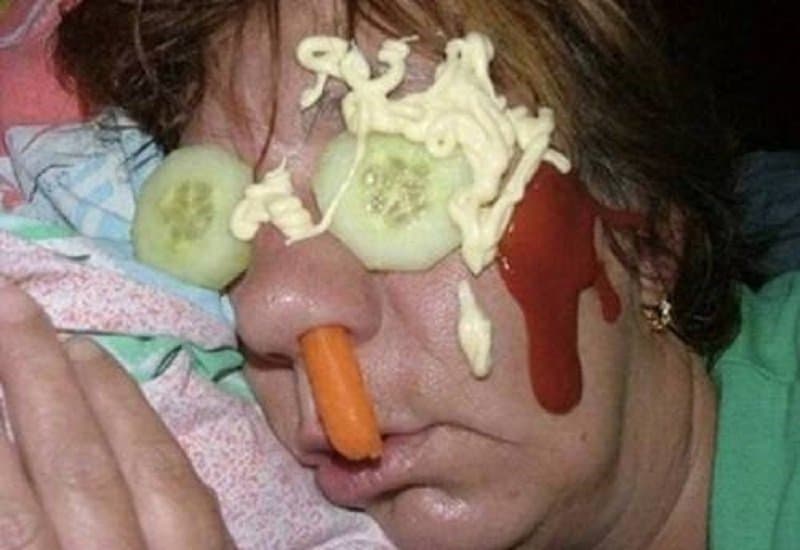 Nothing scarier than Batman’s arch nemesis – ‘Salad Face’ turning up to your party.

Becoming One With The Table 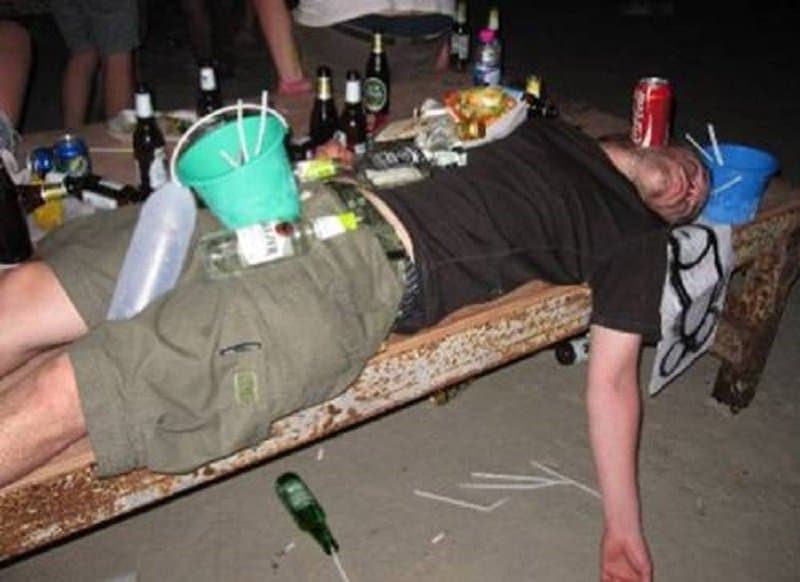 Sometimes you might stay at a party long enough to become a part of the permanent fixtures. 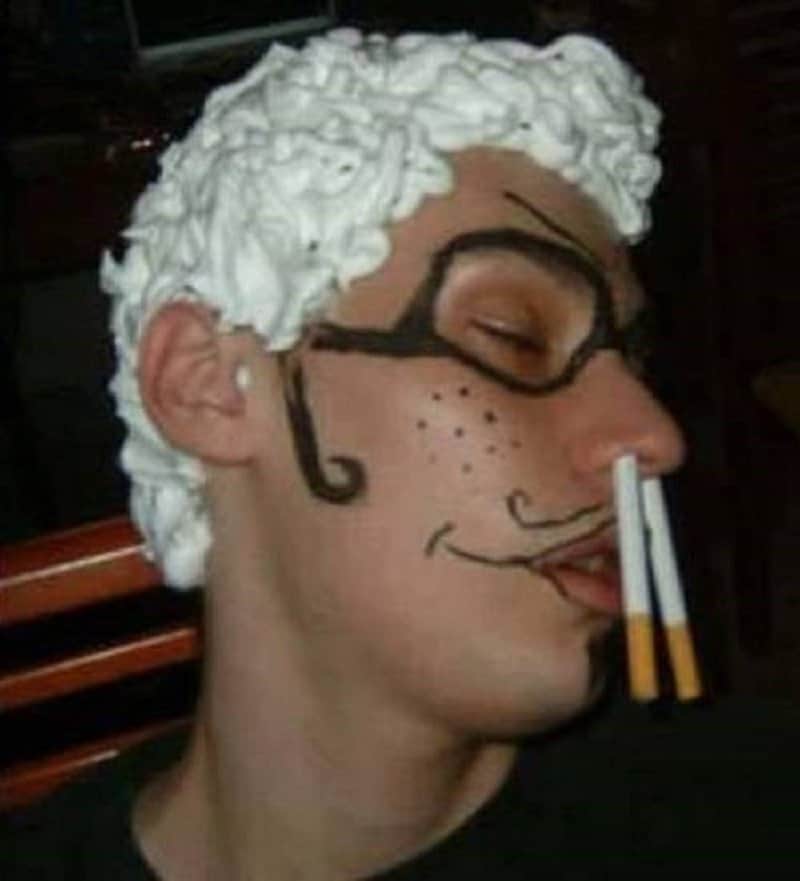 This person has a new type of addiction to worry about when he wakes up in the morning – nasal nicotine addiction. 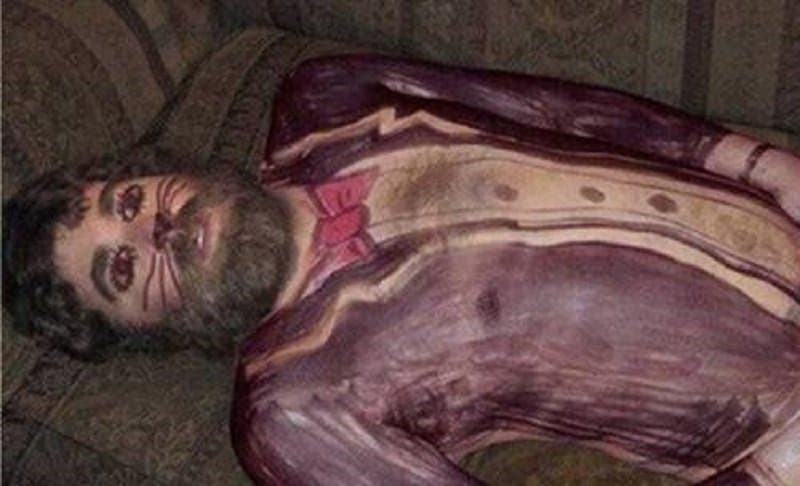 Don’t you just hate it when you wake up after a party and you notice that your clothes have been drawn onto you? 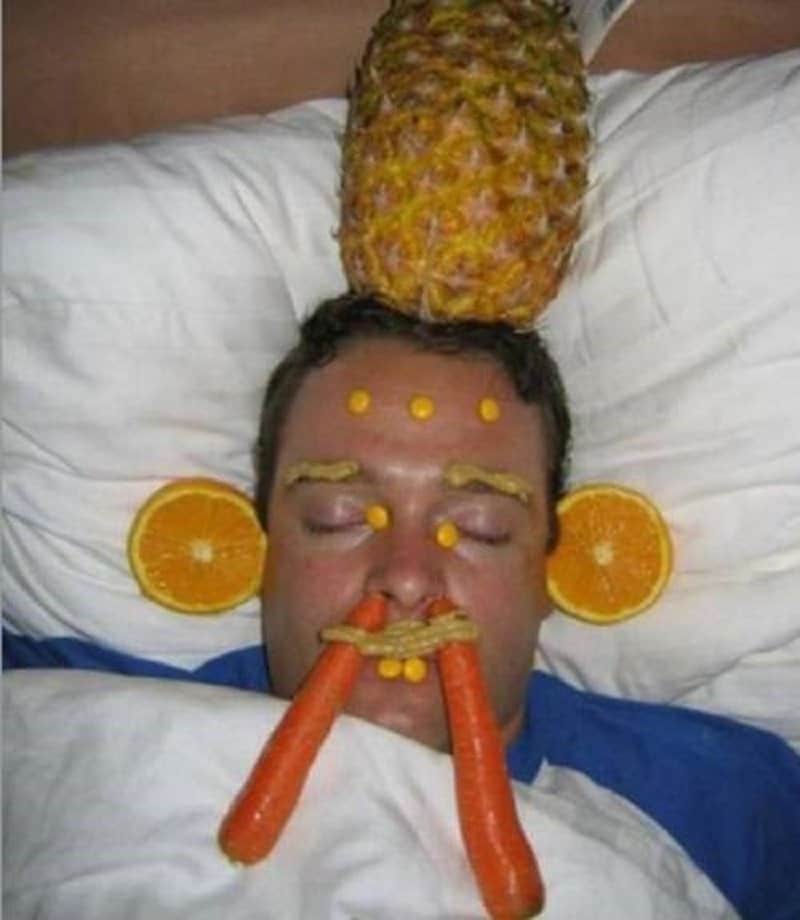 This tropical makeover proves once and for all that sleeping during a party is the worst idea in the world.