10 Brilliant and Innovative Arrangements Using Nothing But Cans

Arranging a stack of cans can be one of the most mundane things in the world if you work at a grocery store. It can be even more annoying when your boss expects the cans to form a neat and pointed triangle. They next time you set out to arrange cans for whatever reason, remember the 10 pieces of work featured on this list. A lot of people have managed to arrange cans in unique and creative ways, and this can serve as an inspiration the next time this boring chore comes along. 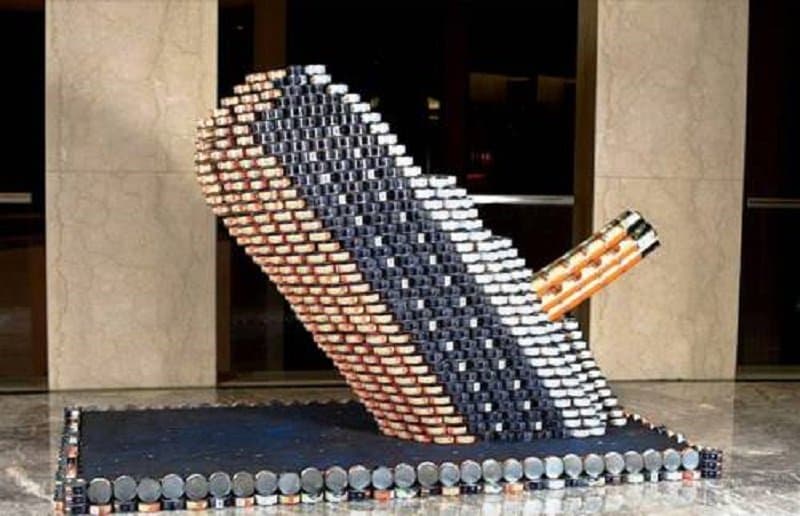 I don’t know if it is a fitting homage, but it is definitely a homage to one of the biggest disasters in history – the sinking of the titanic. 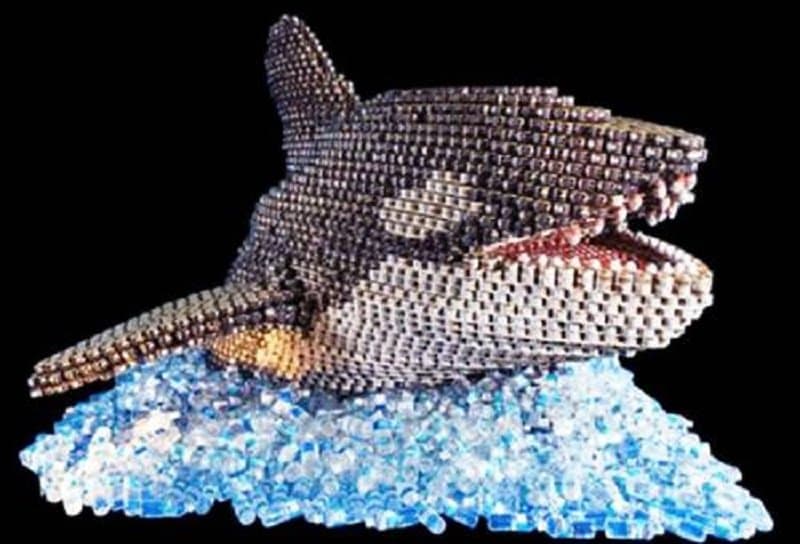 A beautiful Orca has been created using nothing but cans. 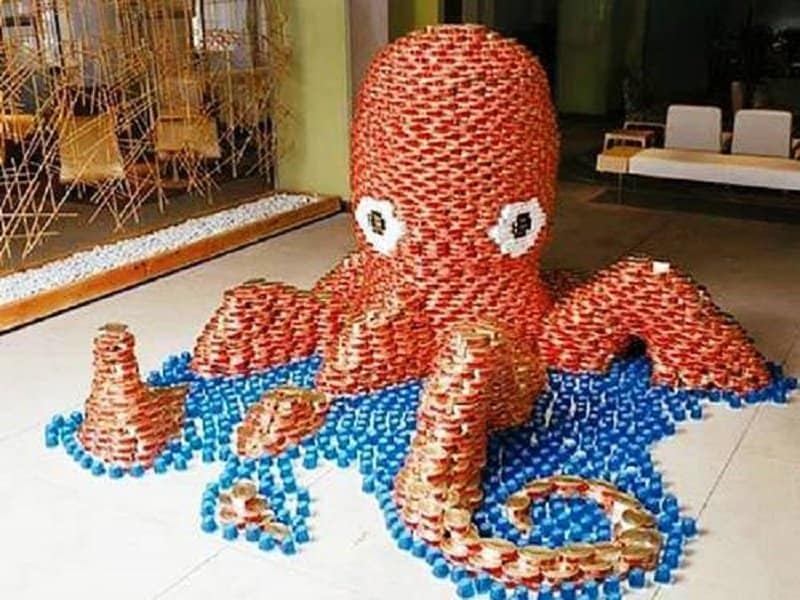 A creative piece that pays attention to detail. The artist has put in a really nice touch by showing certain tentacles as party submerged. 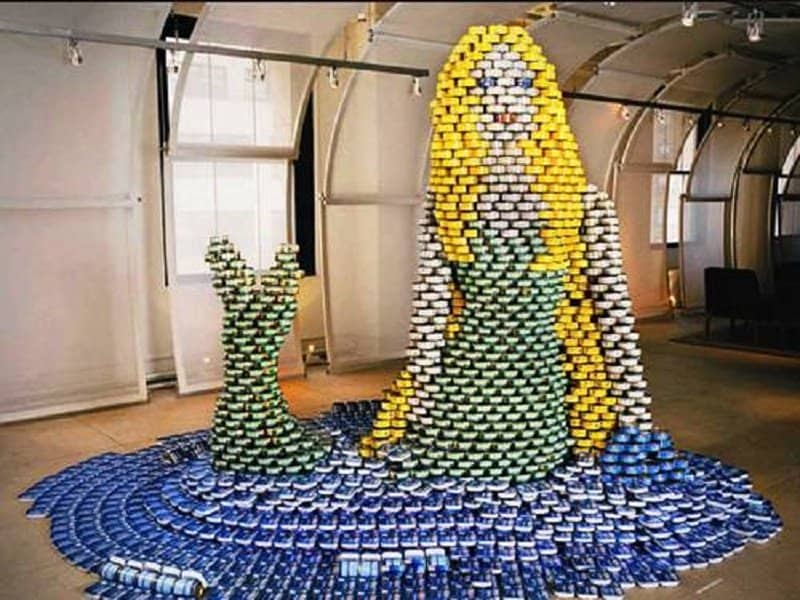 Another nautical tribute to one of the famous mythical creatures from the sea.

Year Of The Dragon 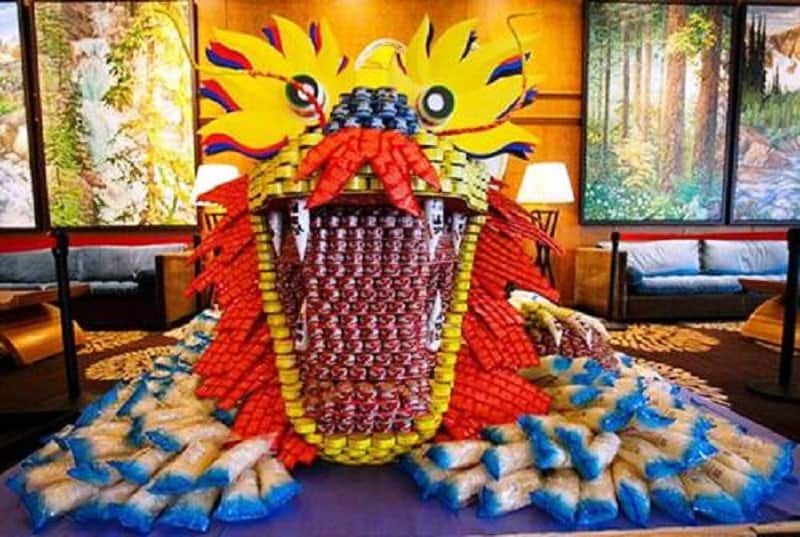 A stunning and colorful piece that shows off the Oriental version of a dragon. 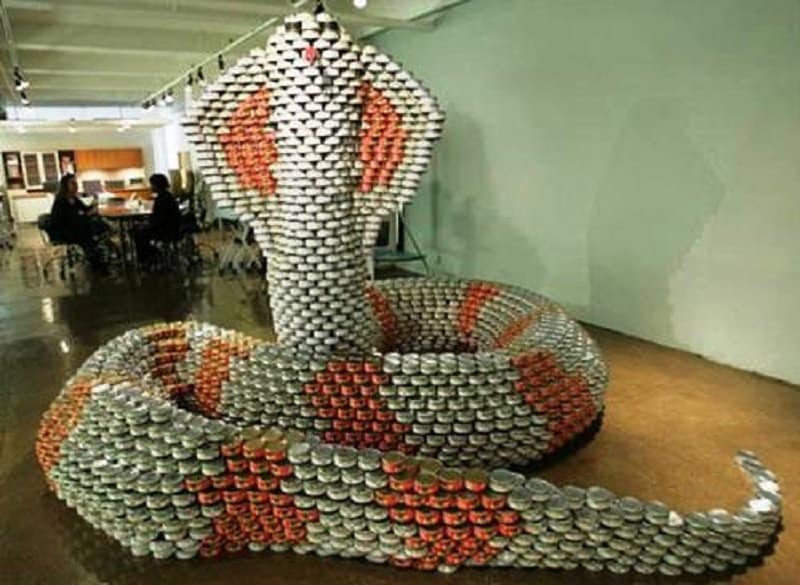 This intimidating piece closely resembles the texture of a king cobra. 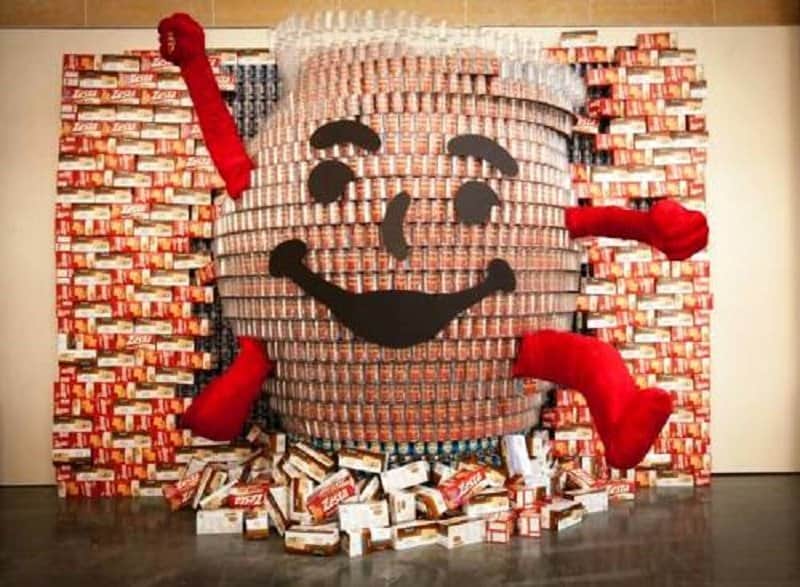 A perfect recreation of the famous scene featuring Mr Kool Aid bursting through the wall.

Attack Of The Killer Squid 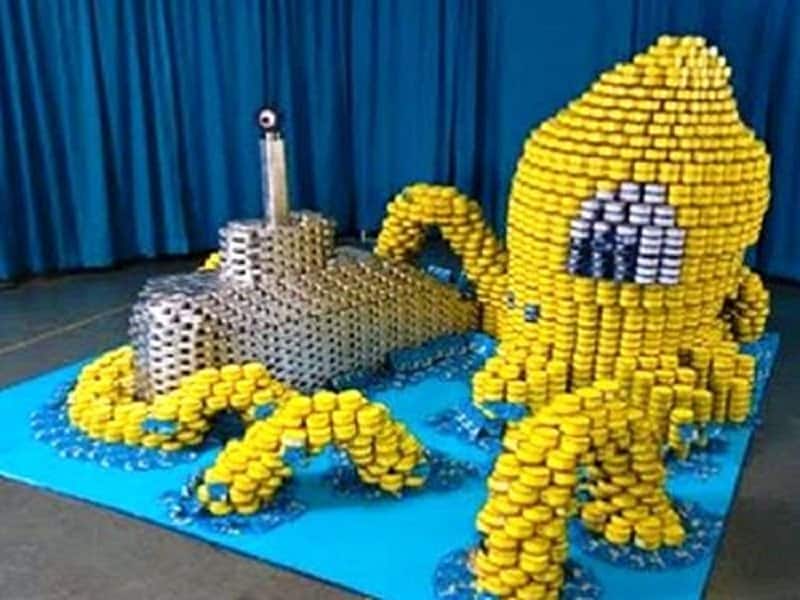 The legendary killer squid makes an appearance in this piece to take down a submarine. 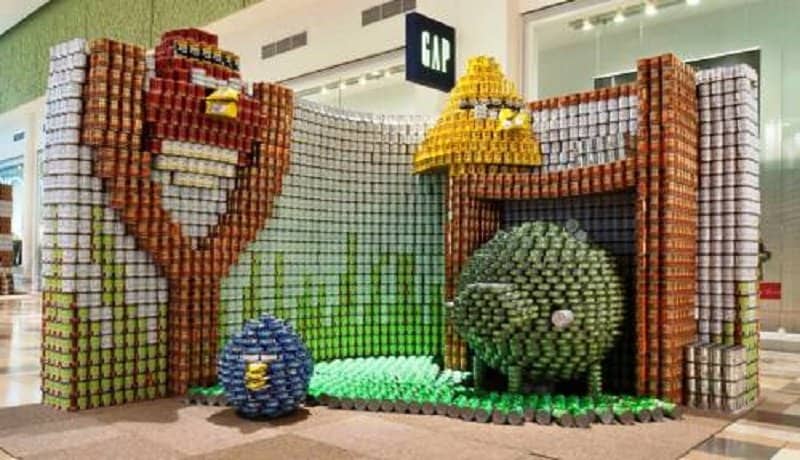 An absolute gem of a piece recreating a scene from the Angry Birds series. 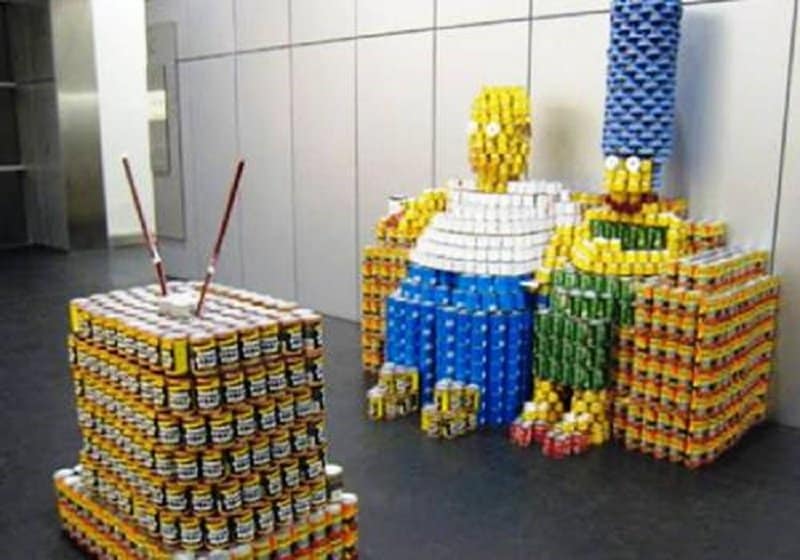 A historical television series finds another tribute, this time in the form of cans.